Meet Martin Belmana of Whisking It in Sherman Oaks 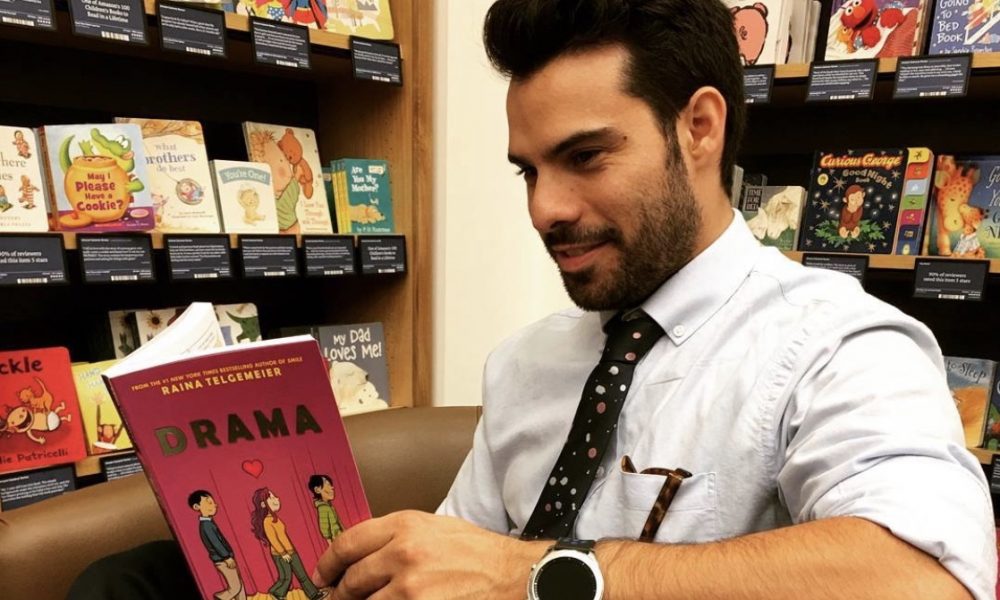 Today we’d like to introduce you to Martin Belmana.

Martin, please share your story with us. How did you get to where you are today?
Back in 1990, my dad was losing his business due to inflation and a failing economy in Argentina and decided enough was enough. He packed our stuff up, got my mom, brother and myself on a plane and next thing we knew, we were flying to Mexico where we met with “coyotes” who eventually helped us cross the border into the “land of opportunity”. Visalia, CA to be exact. My uncle, who had been living in California, told my dad of the many opportunities he had and inspired my dad to follow suit. I, on the other hand, was a 4-year-old kindergartener with no friends and no way of communicating because I only spoke Spanish. I spent much of my time crying and refusing to go to school because the other kids made me feel alienated (I literally had a kid tell me he thought I was an alien and Argentina was a different planet).

After that first year, I had enough. That summer, between kindergarten and 1st grade, I dedicated every afternoon to learning English with a tutor and watching a TON of television. Mainly classic 80’s and 90’s sitcoms (Full House, Family Matters, Three’s Company, Home Improvement, Brotherly Love, and Growing Pains to name a few) along with some cartoons. I soon became very loud and very animated. Once I was speaking English in the first grade, kids started gravitating towards me. I cracked jokes I heard on TV and actually made people laugh. That was when I knew I wanted to entertain. From then on, I always raised my hand, participated, and I even started doing school plays.

Fast forward to 2007, my best friend, Abel, and myself decided to pack our bags and head to Dreamland to make our dreams come true. Ironically, we arrived just in time for the writer’s strike. But luckily, I wasn’t an established actor or anything serious so I just started making videos with my roommates and enjoying life as a 21 years old. I eventually signed with a commercial agent and was fortunate enough to film several commercials over the years. I eventually got burnt out around 2017 and decided to take a year off. I went back to my home country, Argentina, with my then fiancee and mother and when we came back, we found out we had smuggled our own little Argentinean back in my lady’s stomach!

So, we were pregnant, and my “year off” quickly became two years. Once my little dude turned one, I decided I wanted to make him proud in the best way I knew how. So I started with a new acting agency in 2019 and went full-force. I booked three different jobs in less than six months, which is unheard of in my experience, so needless to say, I was back in the game. Well, that was until this pandemic brought everything to a halt. But, while my momentum had taken a hit, I decided I wasn’t going to let it stop me completely. Now, I certainly wasn’t going to become a “fit influencer” on social media or anything, but I did have another idea. I thought to myself, “well, I love cooking and I love entertaining, so why not bring the two together?” That was when Whisking It was born. Whisking it is a YouTube channel that features me trying out recipes for the first time on camera, successes, fails, and dad jokes included.

As much as I love and enjoy cooking, I have never been able to master baking or a lot of other recipes for that matter, so I thought I would document the process while my wife and kid “judge” the results. My wife always tells it like it is and won’t sugar coat anything which is why I think she makes for a good, unbiased judge. She’s not rude or anything, she just knows how to provide the honest, and sometimes brutal, truth. I don’t take it personally, I take it constructively and use it to become better. I guess the kindergartener in me that used the hurt I felt as motivation to learn English and create a better situation from it is still there after all.

As for acting, I am still doing that, and it’s still a really big part of my life, even if it’s at a bit of a standstill at the moment. I’m grateful to be able to still perform and be creative while putting this channel together. I’m not sure when this interview will be released but at the moment, I have four videos up and I look forward to releasing one every Thursday. It will be interesting to see where it goes and how much I will grow from it.

We’re always bombarded by how great it is to pursue your passion, etc – but we’ve spoken with enough people to know that it’s not always easy. Overall, would you say things have been easy for you?
I can’t imagine anyone ever having a perfectly smooth road. If they have… well they’re lying. Along the way, at least while living in LA, I’ve lost both of my grandma’s and a dog of 14 years. I’ve dealt with heartbreak and a ton of rejection, as any artist in LA will tell you. I’ve never really heard the word “no” or “you’re just not right for this” from casting. However, the radio silence I’ve gotten is likely just as bad. But, I’ve learned to cope with it. I tell myself that the powers that be don’t have the courage to let me down and there’s not much I can do about that. So I pick my chin up, smile and look forward to the next one. The most prominent struggle in my eyes and in my life personally is that L.A. County is almost 50% Latino, yet we are barely represented in front of or behind the lens. Latinos watch the most television but are significantly underrepresented on the screen. But, amidst this pandemic, I’ve decided that I have no excuse but to try and change that by simply writing material made for myself. And, in the spirit of inclusivity, I want to attempt to bake or cook anything and everything from all different walks of life. At the end of the day, I would love to be considered for the big screen not because of the color of my skin, but because of my talent alone.

So, as you know, we’re impressed with Whisking It – tell our readers more, for example what you’re most proud of and what sets you apart from others.
My business right now is my YouTube cooking channel: Whisking It. In 15-20 engaging minutes, I attempt to learn something new, teach my viewers something new, and, most importantly, make you laugh. I want to share recipes and experiences with viewers, while also sharing two of the most important things in my life: my kitchen and my family. Additionally, I want the opportunity to share my real personality and not a role I’ve been hired to play. I’ve always been told that I have a commanding presence – the “life of the party” if you will. So I’m going for it; I’m cooking, entertaining, and embracing humility and failure along the way.

So, what’s next? Any big plans?
Career-wise, my plans for the future are to grow my channel and hopefully go back out and start filming more commercials very soon. I’m also working to break into television and film. On a more personal level, I’m looking forward to welcoming our second boy, Diego, to the world in September! My wife and I are extremely excited and our two-year-old has no clue. But, once he sees we made him a partner in crime, I know he will be over the moon. 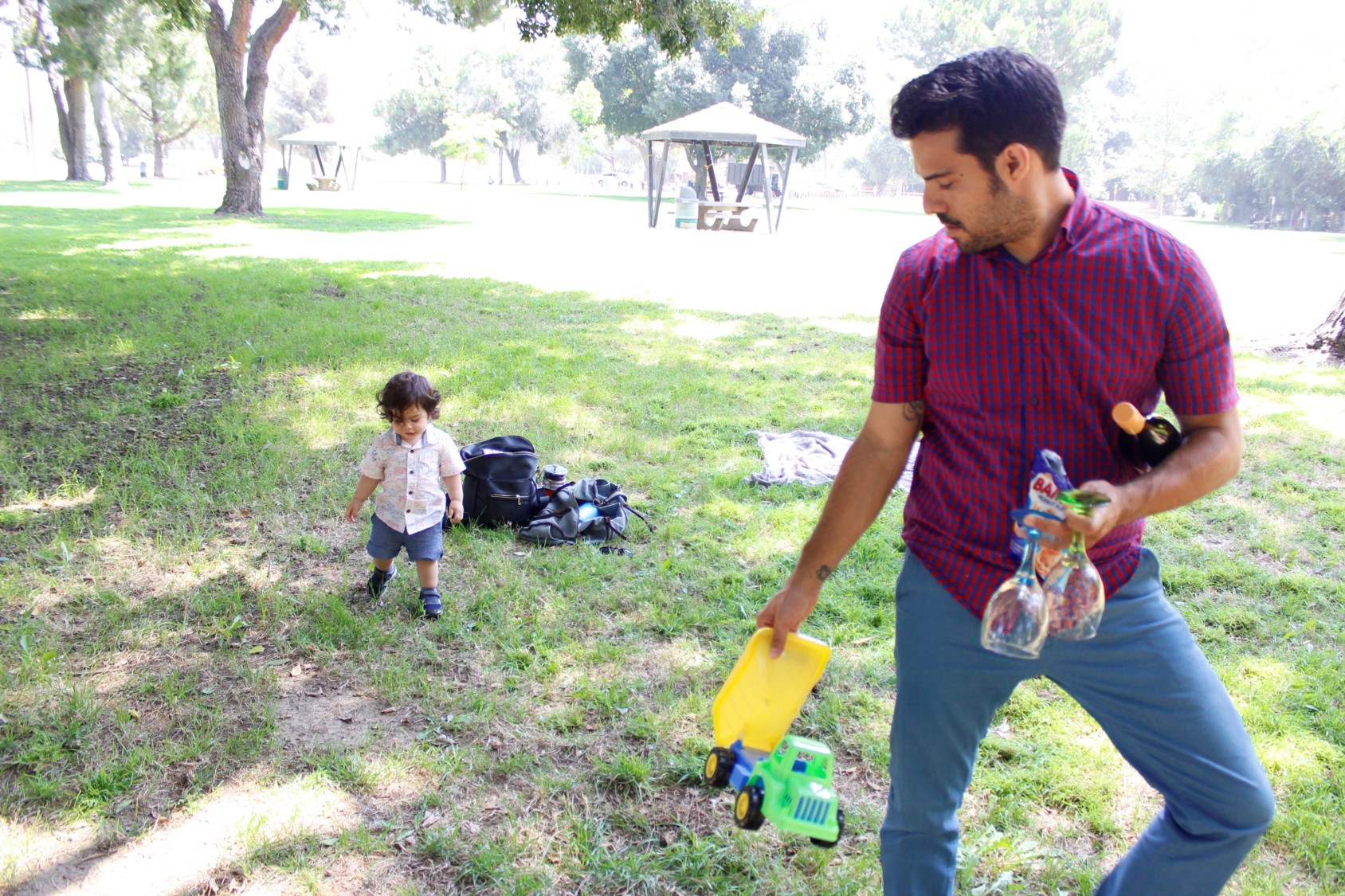 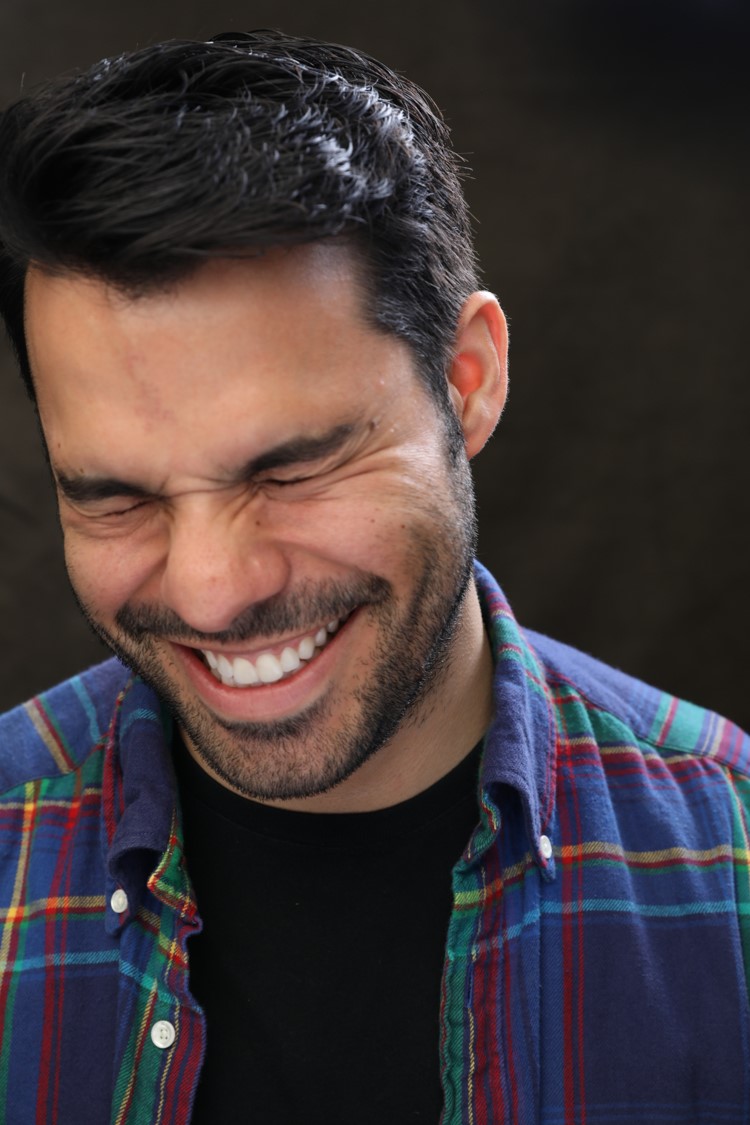 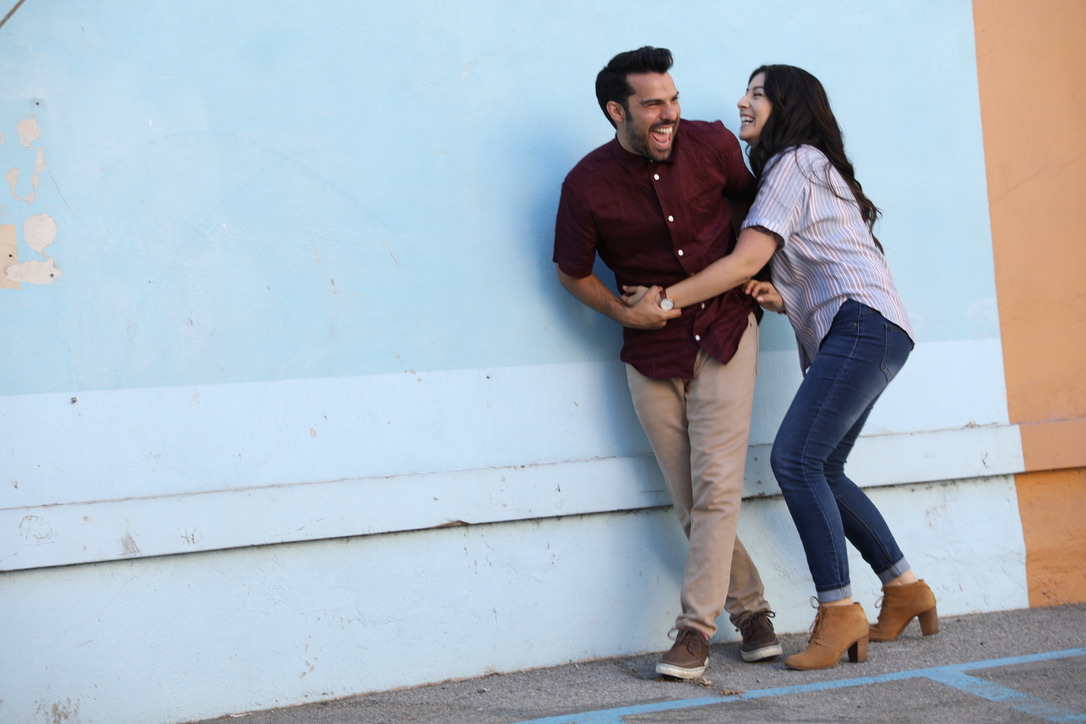 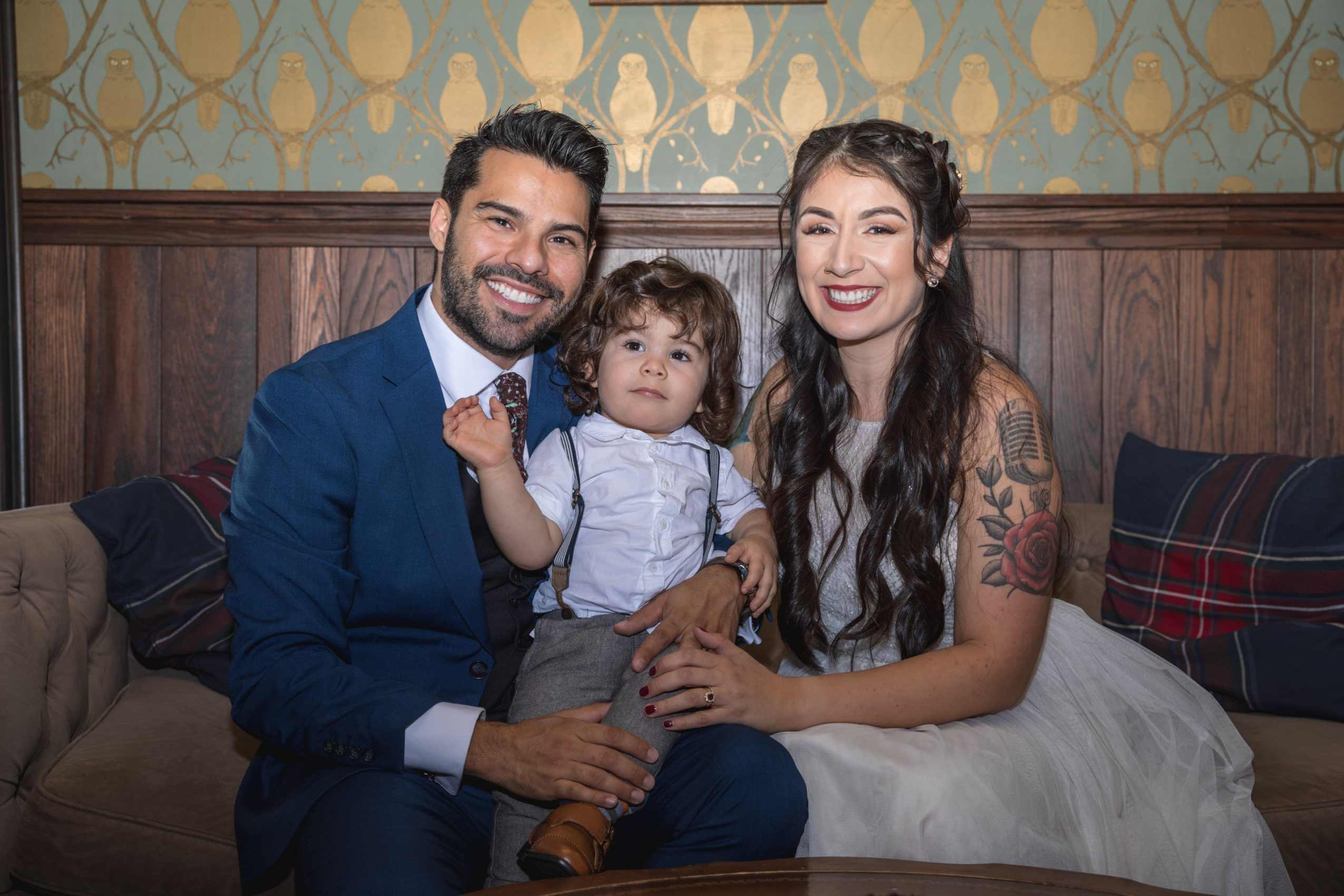 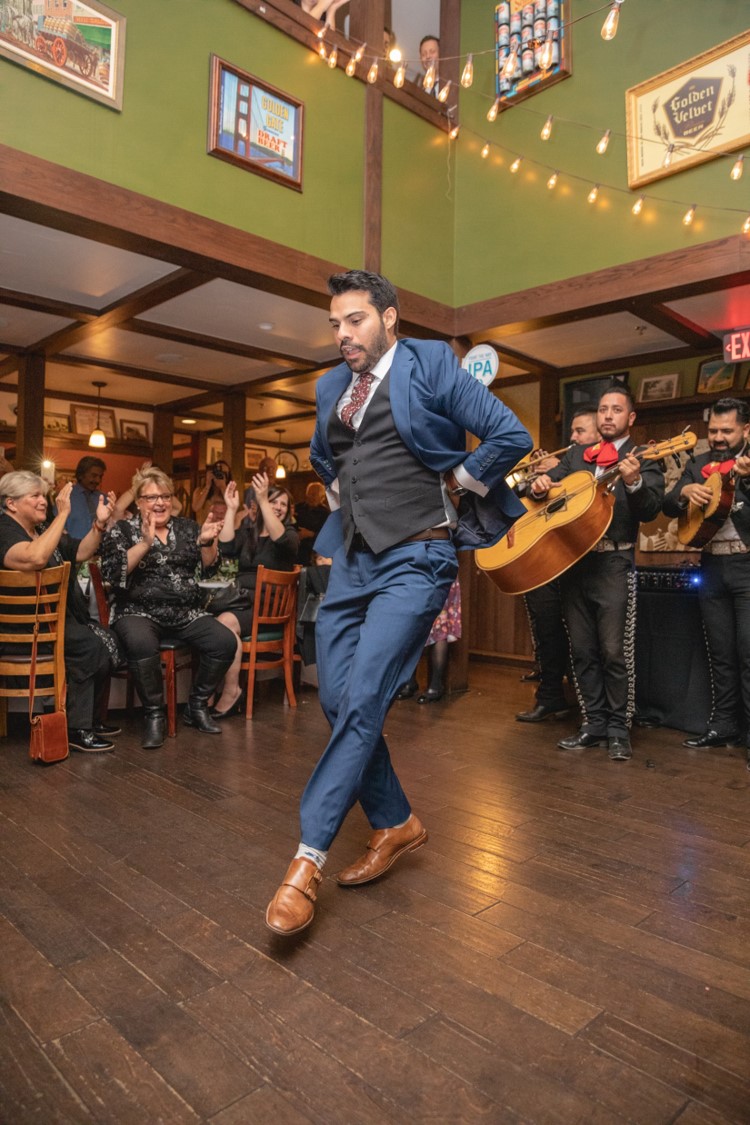