Meet Marrie Stone of “Writers on Writing” on KUCI-FM, Irvine 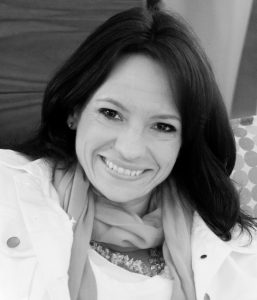 Today we’d like to introduce you to Marrie Stone.

Marrie, please share your story with us. How did you get to where you are today?
Thirteen years ago, after leaving a career in corporate law, a mentor and friend asked, “Have you ever considered doing radio?” The short answer was no, but I’d always enjoyed public speaking, critical thinking, debate, and discourse. Being a talk show host felt like a good fit. While I had no experience in broadcasting or engineering, I had plenty of curiosity and interest in eliciting people’s stories.

Barbara DeMarco-Barrett launched “Writers on Writing” at the University of California, Irvine campus radio station (KUCI) in 1998. I had taken a UCI extension course on fiction writing from Barbara in 2003, and have been in her private writing workshop since. She was looking for a co-host, someone to take over the show every other week. Because we produce, engineer, market, and host each show, it’s a lot of time and effort. I took UCI’s radio broadcasting class in 2006 and the rest, as they say, is history.

KUCI is a tight-knit community, and many public affairs hosts have a lot of longevity at the station. Through my involvement and friendships, I also began to regularly guest host Real People of Orange County, a show dedicated to innovative and dedicated residents of Orange County who are serving our community in meaningful and interesting ways. The format of this show is a little more free-form, so we can cover almost any subject matter. Past topics range from human trafficking to death doulas, from Alzheimer’s research to the dog meat trade in South Korea.

And, because one thing often leads to another, I also began writing profiles of interesting characters in both my hometown of Laguna Beach and Orange County at large. From Bill Gross (the billionaire “Bond King”) to Michael Minutoli (a homeless celebrity party crasher and “greeter” of Laguna Beach) to WWII heroes and influential judges. I also moderate various literary panels and author events in and around Orange County.

As you might imagine, being on the other side of the interview table is unfamiliar territory for me.

Overall, has it been relatively smooth? If not, what were some of the struggles along the way?
Because KUCI is an all-volunteer, independent, and commercial-free station, there’s a lot of autonomy and very little institutional intrusion. That makes for a smooth road. The downside is there’s no paycheck. Truth be told, each show costs me a little money. That I don’t mind. The interviews, the access to all those great minds—these opportunities pay intellectual and creative dividends all day long.

Commercial-free radio also means the station isn’t terribly well funded, so we’re reliant upon donations. And our listeners—primarily college students and people who value free-form and underground radio—aren’t the profile for a wealthy donor-pool. The challenges lie with equipment failure, marketing, and the relative low-profile that KUCI keeps in the community. My personal road is easy because the show has been around for a long time and has a strong reputation in the literary community. Guests are anxious to gain a slot. Barbara paved that road well.

Alright – so let’s talk business. Tell us about “Writers on Writing” on KUCI-FM, Irvine – what should we know?
“Writers on Writing” is a weekly program that showcases authors, editors and agents, and seeks their writerly wisdom and advice. We typically feature one or two guests per hour. Unlike other shows dedicated to discussing books, we focus on the art, craft, and business of writing. Writers appreciate the opportunity to talk about the artistic elements of their job—the thousands of decisions that must be made to produce a manuscript.

But, of course, we can’t help but discuss the content and the fascinating research that goes behind it. Wally Lamb talked about his time working with women in prison and how through a 60 Minutes exposé of corruption inside the York Correctional Institute, the warden himself was convicted. Adam Johnson rode around New Orleans’ 9th Ward in a UPS truck, delivering necessities to victims of Hurricane Katrina to research a story. Mariana Lin, the personality behind several AI machines (including Siri), shared how her work as a writer and poet brings a human element to technology.

On one memorable show, early in my career, I had an intimate conversation with Lucinda Franks (Pulitzer Prize winning journalist) about our rights to our parents’ stories. What’s more important: a father’s right to privacy or a daughter’s right to family history? The well-known Rumi quote —“Out beyond ideas of wrongdoing and rightdoing, there is a field. I’ll meet you there” — became a sort of guiding principle for how I thought about interviewing. And life.

I come away from every hour on air a little changed by what I’ve heard. No matter how well prepared, I’m always a little surprised.

I’m also surprised to hear from listeners, and the range of places and backgrounds they come from. We hear from long-haul truck drivers, a woman who listens while hanging her laundry in Nova Scotia, and another from Australia’s outback. Listeners write in from India, Russia, all across Europe, and the Americas. Podcasts have opened up the world of broadcasting, and the connections we’ve made are mind-blowing.

Today I see my work as pulling people aside to get to something human and authentic and universally true about life. And then, whether it’s through the written profiles I do for local Orange County publications, or across the airwaves, I facilitate their stories and bring them to light.

Any shoutouts? Who else deserves credit in this story – who has played a meaningful role?
Barbara DeMarco-Barrett was the instrumental figure throughout my career, both as a writing mentor and champion of the written word, as well as facilitating my path through radio. She began the show, and runs a number of salons and writing events throughout Orange County for writers and readers. She’s a tremendous resource for writers in Orange County.

Of course, the wisdom and insights of every guest are invaluable. Guests are so generous with their time, wisdom, and sharing of their experiences. 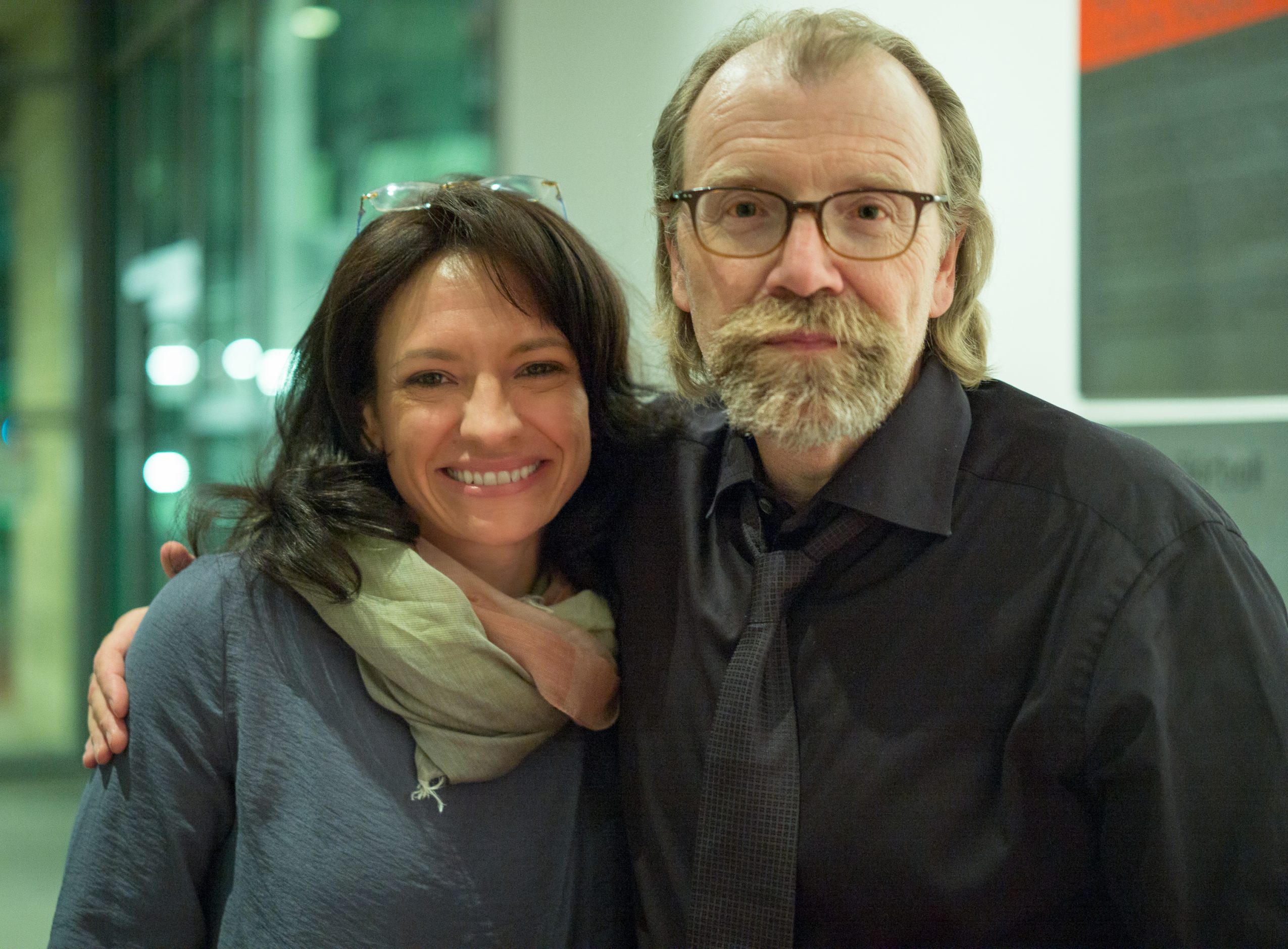 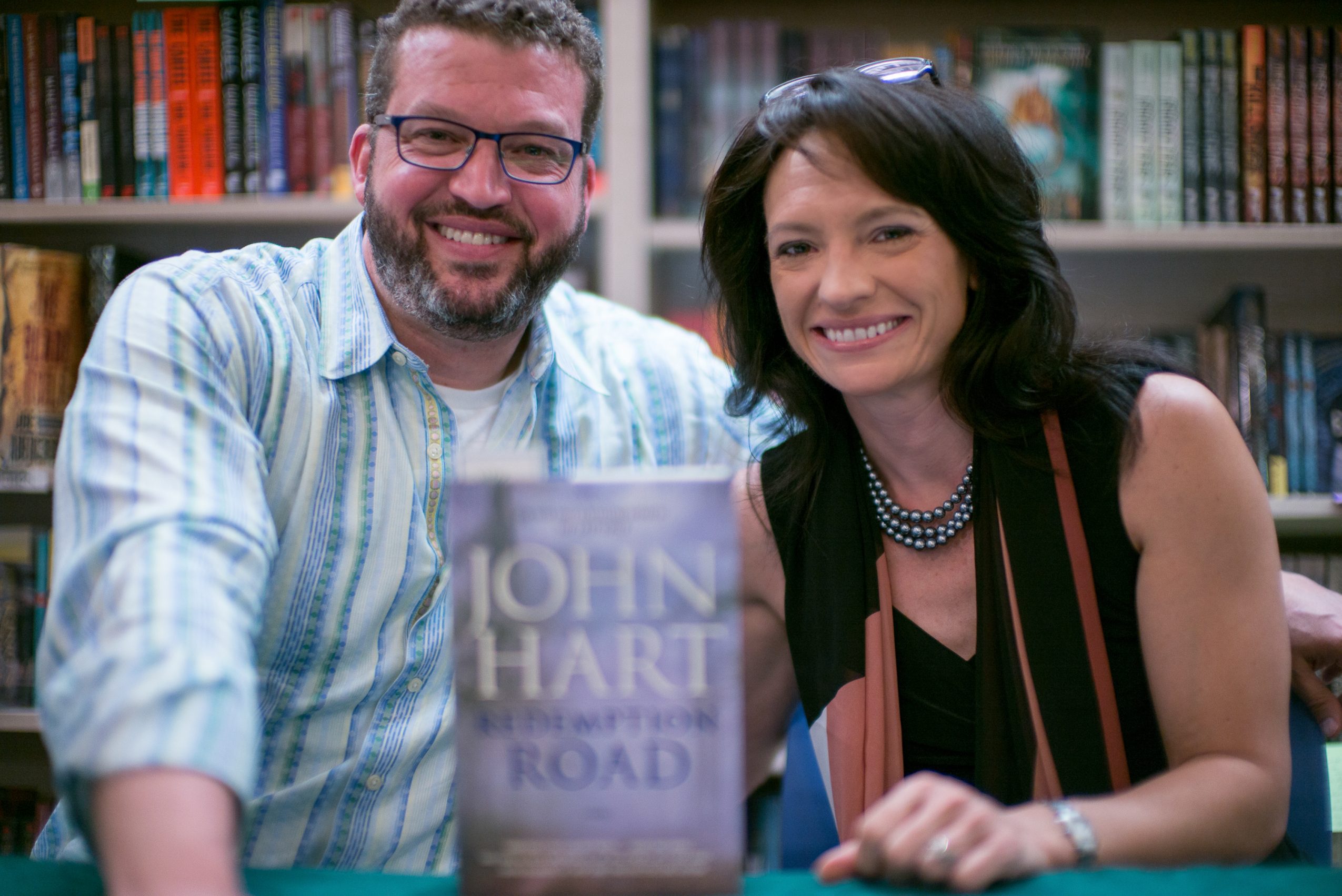 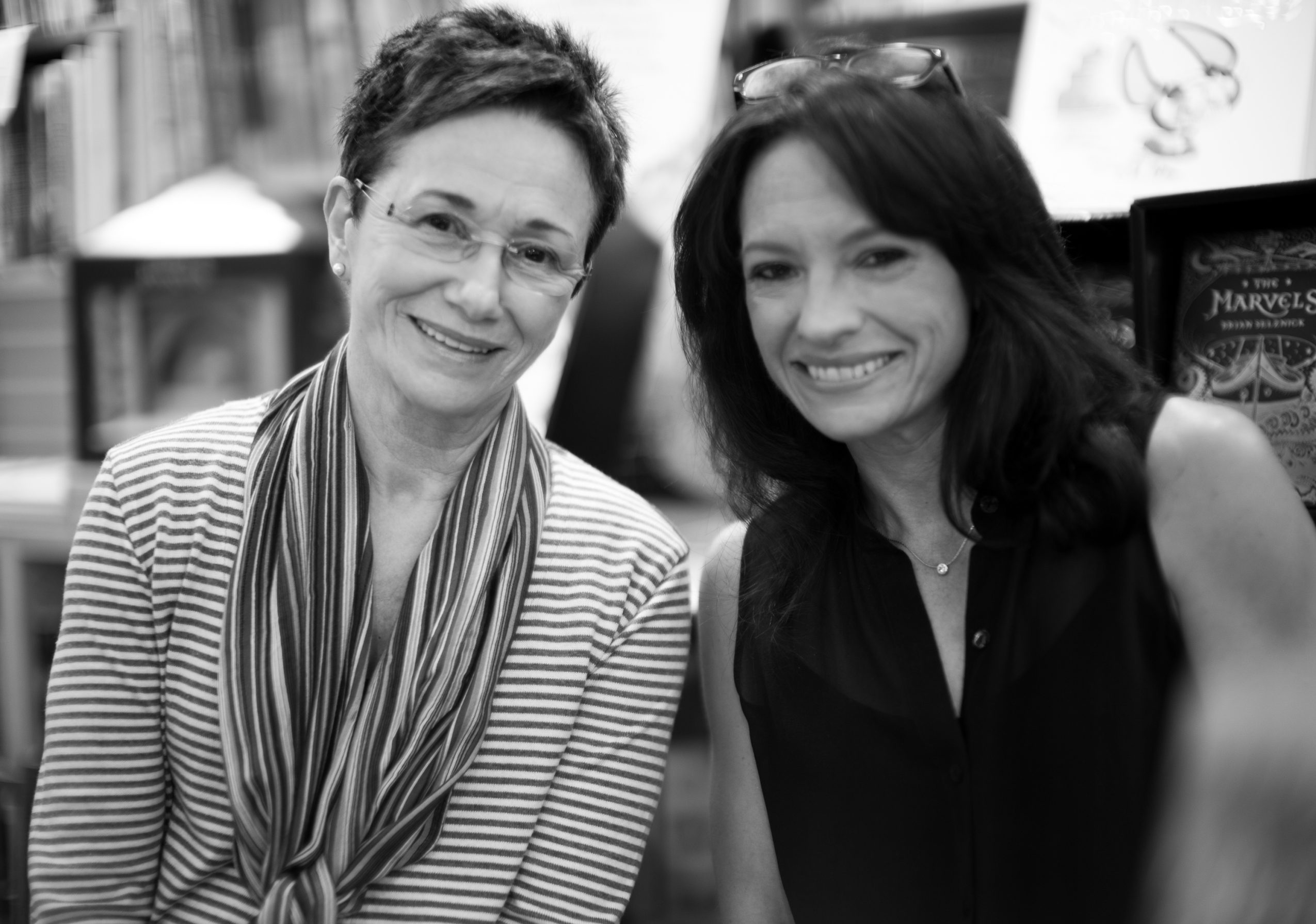 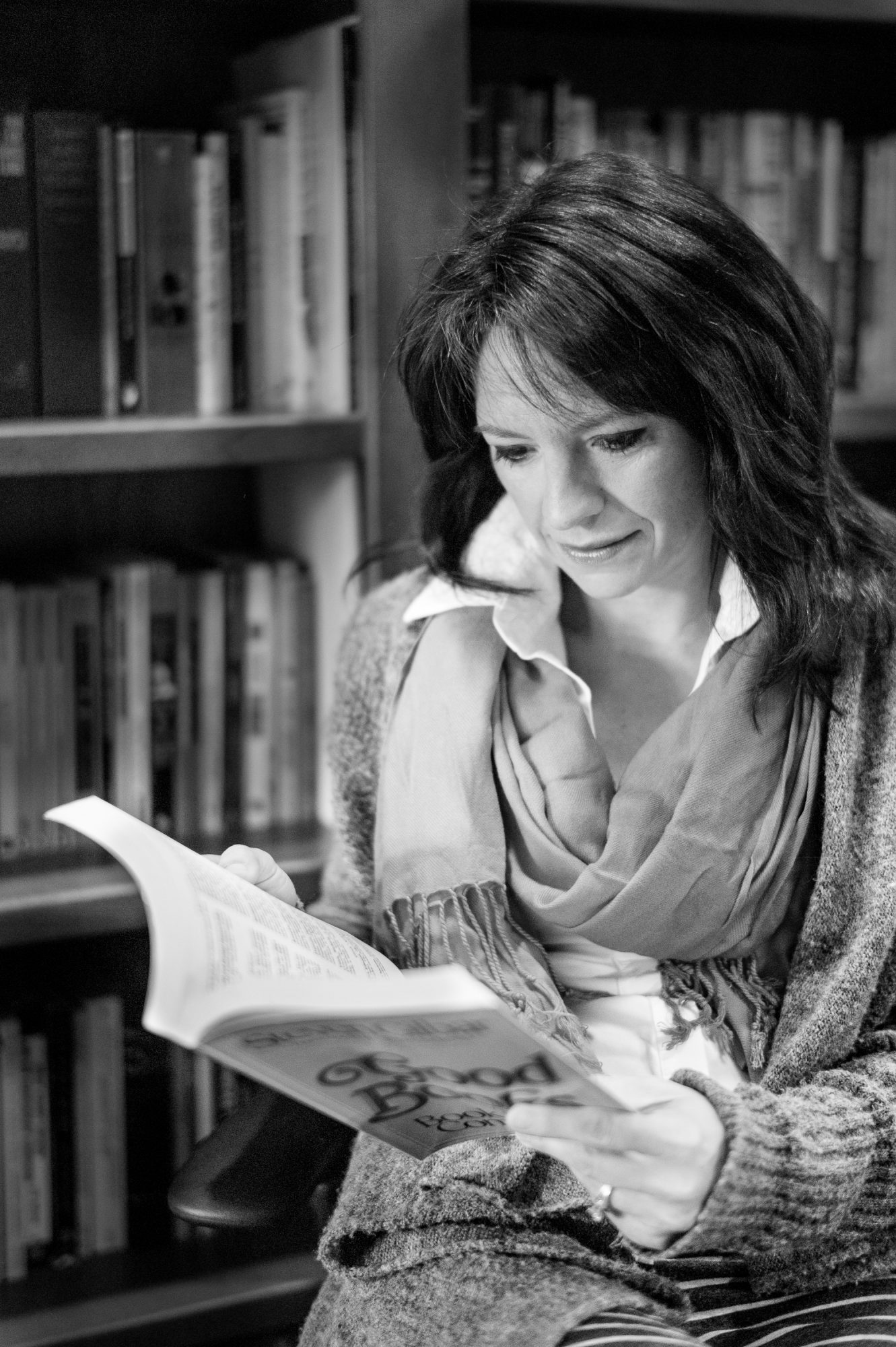 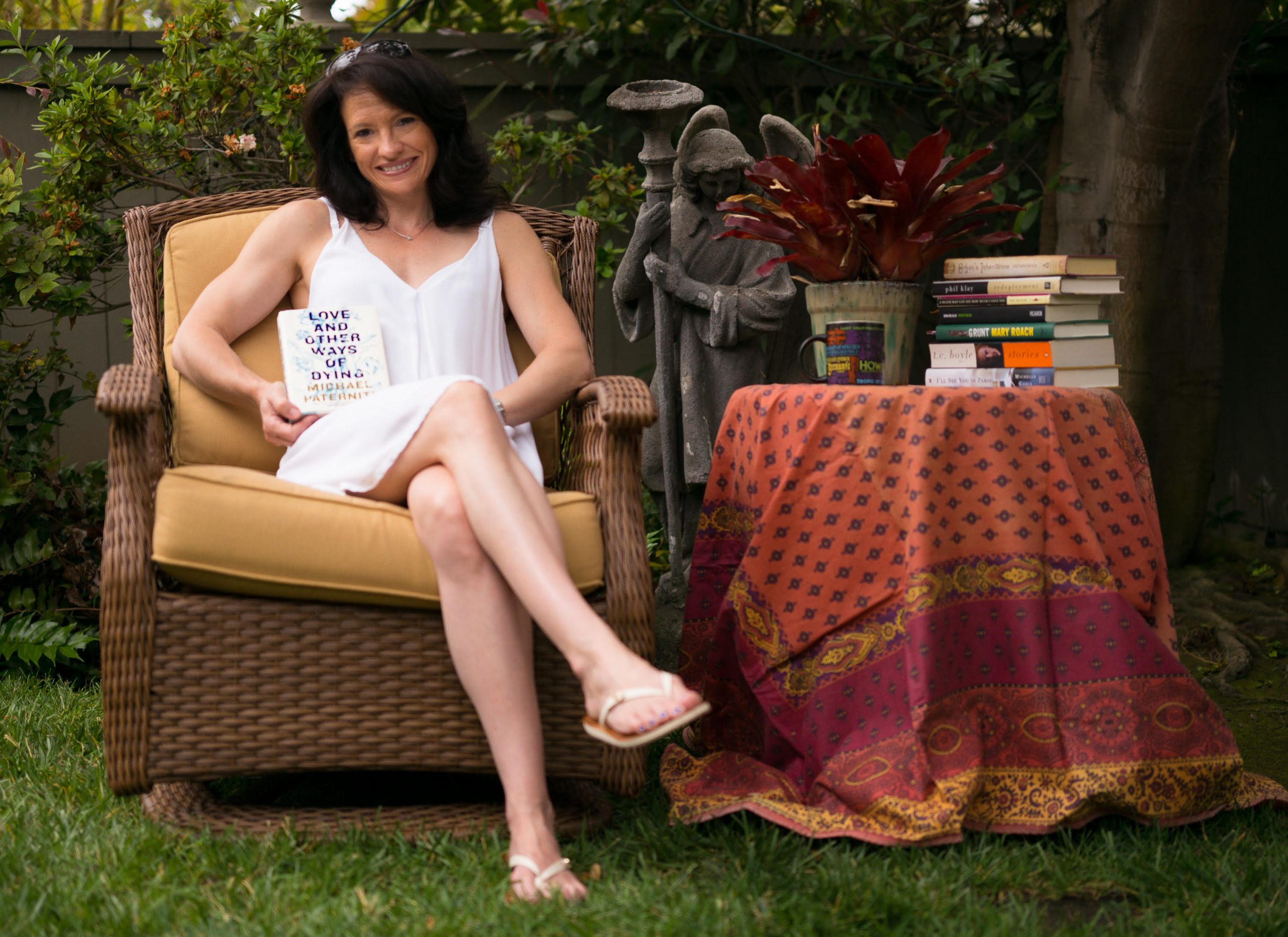