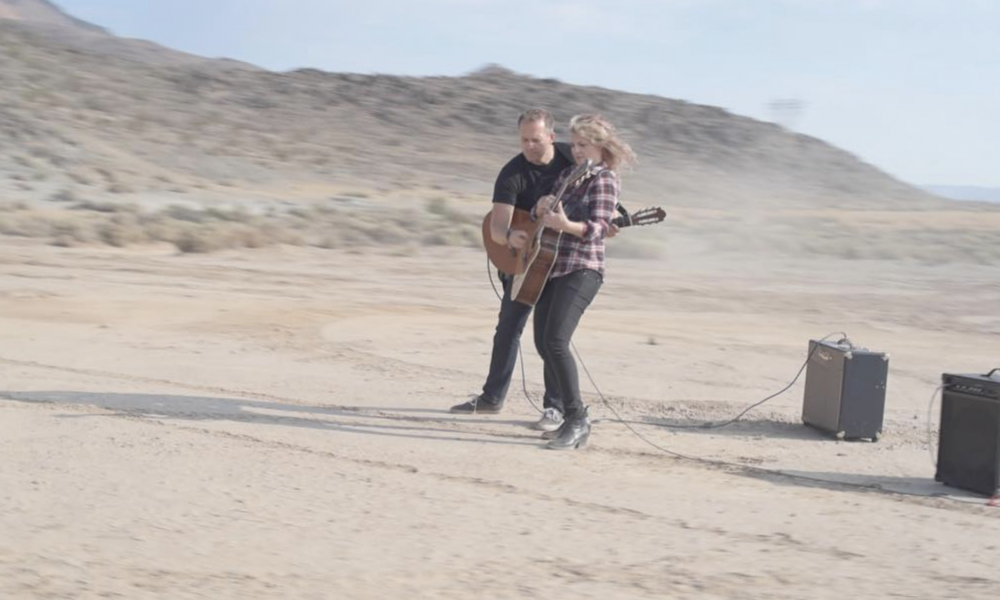 Today we’d like to introduce you to Markus Illko. Him and his team share his story with us below.

Please kick things off for us with some background on Markus’ story.
Markus Illko can be defined in one single word: musician.

Many people attempt to make music, but few earn that illustrious title. Those in this business reserve that label for the rare individuals who constantly demonstrate a high level of talent, skill, taste, and sensitivity over a long period of time. To these people making music is not simply a diversion but is a matter of blood and guts. That a serious addiction to making music runs through ILLKO’s veins is made clear from a quick review of his career.

An Austrian native, Markus’ musical education began the moment he signed himself up for guitar lessons without permission from his parents. Just three years after his first lesson, at the age of 16, he passed the exam to the prestigious University of Music and Art in Graz (Austria) and became one of the youngest students in his class. He soon played in venues throughout the world, including Austria, Hungary, USA, Canada, Switzerland, Italy, Spain, Germany, Czechia, and Cyprus. Performances included TV appearances like Barcelona-TV (Spain) or live radio broadcasts such as “Let’s Spend A Night Together“. Winning several prizes proved his status as an extraordinarily skilled guitarist and in 2006 Markus received the Prize of Honor for his achievements from the University of Music and Arts Graz (Austria).

In addition to pursuing his solo career both in the U.S. and abroad, few musicians are able to work in such a great variety of music styles and genres that Markus has been fortunate enough to work in. Besides the frequent touring he composed music for advertising and films including the Signation for the Primetime Emmy Awards for Austrian biggest TV Station ORF, Price Waterhouse Coopers, Tyler Perrys “A Madea Christmas” and “Single Moms Club” as well as many more. “Writing for visual media has always been very rewarding for me and it ultimately made me come to Los Angeles” states Markus when talking about the reasons for moving into the City of Angels.

Even though Markus lives and works in LA, he still has a busy schedule performing abroad. It was one of these endeavors to Jamaica that led to a meeting with the Grammy Nominated singer Andrew Tosh (son of Reggae legend Peter Tosh) and resulted in a cooperation between the two to write and produce his new upcoming Reggae album.

One of his newest projects as a guitarist & producer is the band The String Revolution. It is comprised of four professional guitar players who create distinctive sounds with their guitars: mimicking percussion, special effects, melodic grooves, bass lines, and more. This unique sound is evident in their studio recordings and sold-out live shows. They released their first EP “Stringborn” in 2016 to rave reviews and jam-packed shows, and their newest CD, “Red Drops” was released in 2019. Both records were mixed and mastered by Grammy-nominated Matt Hyde, known for his work with guitarists, Rodrigo y Gabriela.

Markus got invited to perform a special show and interview with The String Revolution at the famous Grammy® Museum on Dec.4th 2019 for the “Great Guitars” Concert Series sponsored by American Express.

However, one need not base their judgment on Markus solely on those with whom he has been associated. Only a listen to his music or a ticket to one of his shows will prove the opening claim to be true. For what underlies the Markus Illko labels of composer, guitarist, songwriter, and producer in a single word: musician.

Markus, has it been a smooth road getting to where you are today?
I don’t really think smooth roads exist. There are constantly obstacles and roadblocks…but that’s okay. These obstacles exist in order to stop people from getting there without really wanting it. If you really want to succeed in your goal, you must not get distracted by those struggles.

The main goal for me is to create good music, no matter if it is a live guitar performance or a composition/production for a client. It is not about me, but the message. I am of course in a good place, since I have studied guitar and composition for many many years…so I guess you can say that I have paid my dues.

We’d love to hear more about your work and what you are currently focused on. What else should we know?
I am very fortunate that I am not only working as a guitarist but also as a producer and composer. This keeps my work always interesting; it’s never getting boring. It also helps me to see things in a different way.

I at the moment frequently playing with my project The String Revolution. We are a four-piece all guitar ensemble and use our guitars in unique ways to create a “band sound.” Our cover version of “Billie Jean” reached the Top 10 Spotify LA Instrumental Charts and we have reached over 1 Million Spotify plays in total. Our newest cover version of Elton John’s classic, “Rocket Man” is again on the 2019 Grammy Entry Ballot.

I am also very proud that we got invited to perform a special show and interview at the Grammy® Museum on Dec.4th 2019 for the “Great Guitars” Concert Series sponsored by American Express.

Is our city a good place to do what you do?
I love Los Angeles and I think it’s the perfect place for music production while drinking a nice cafe latte under a palm tree. I wouldn’t necessarily recommend starting out in Los Angeles. I can only speak from my experience and in my case, it was extremely helpful that I already worked on so many projects and played for so many years before I moved to LA. 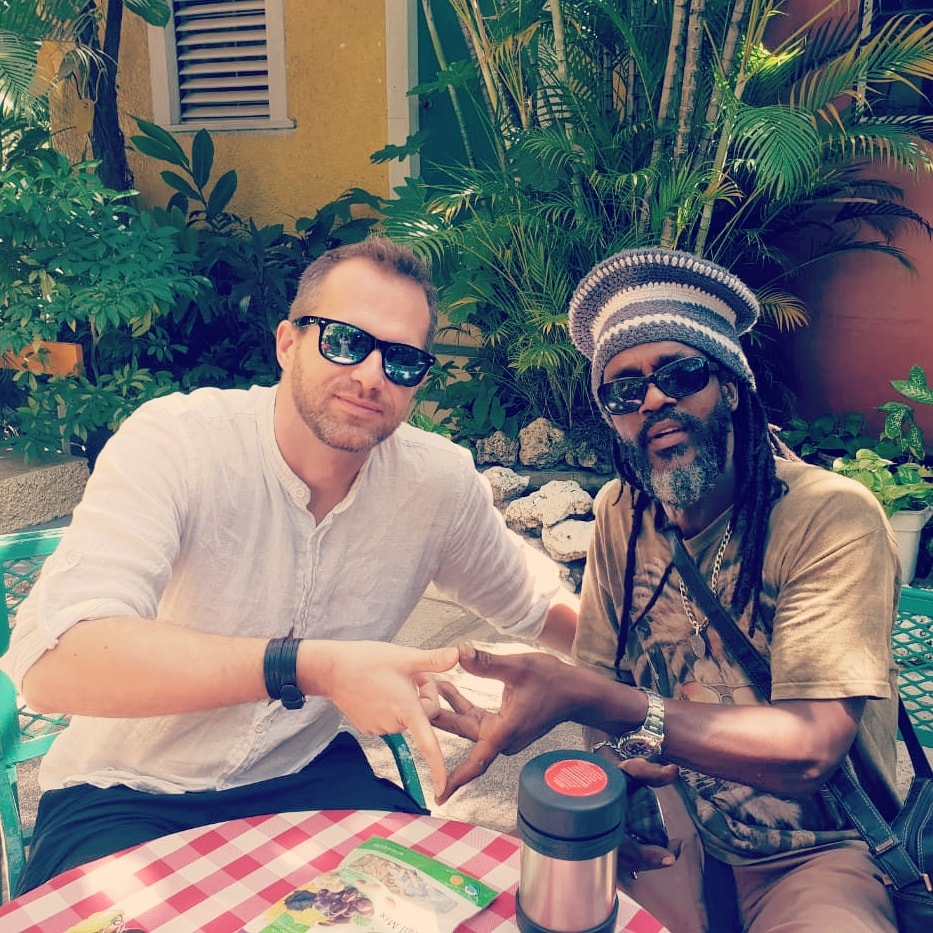 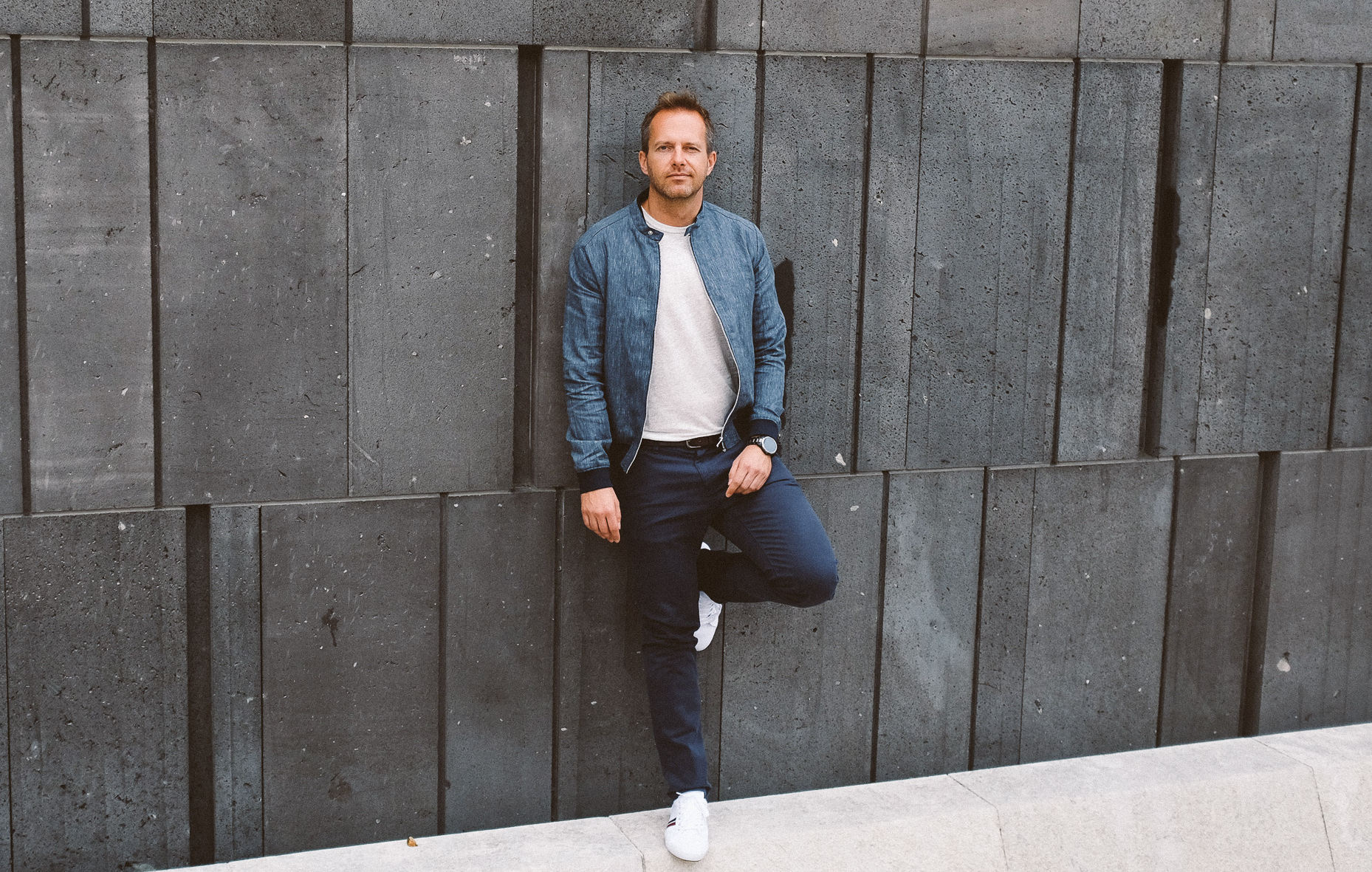 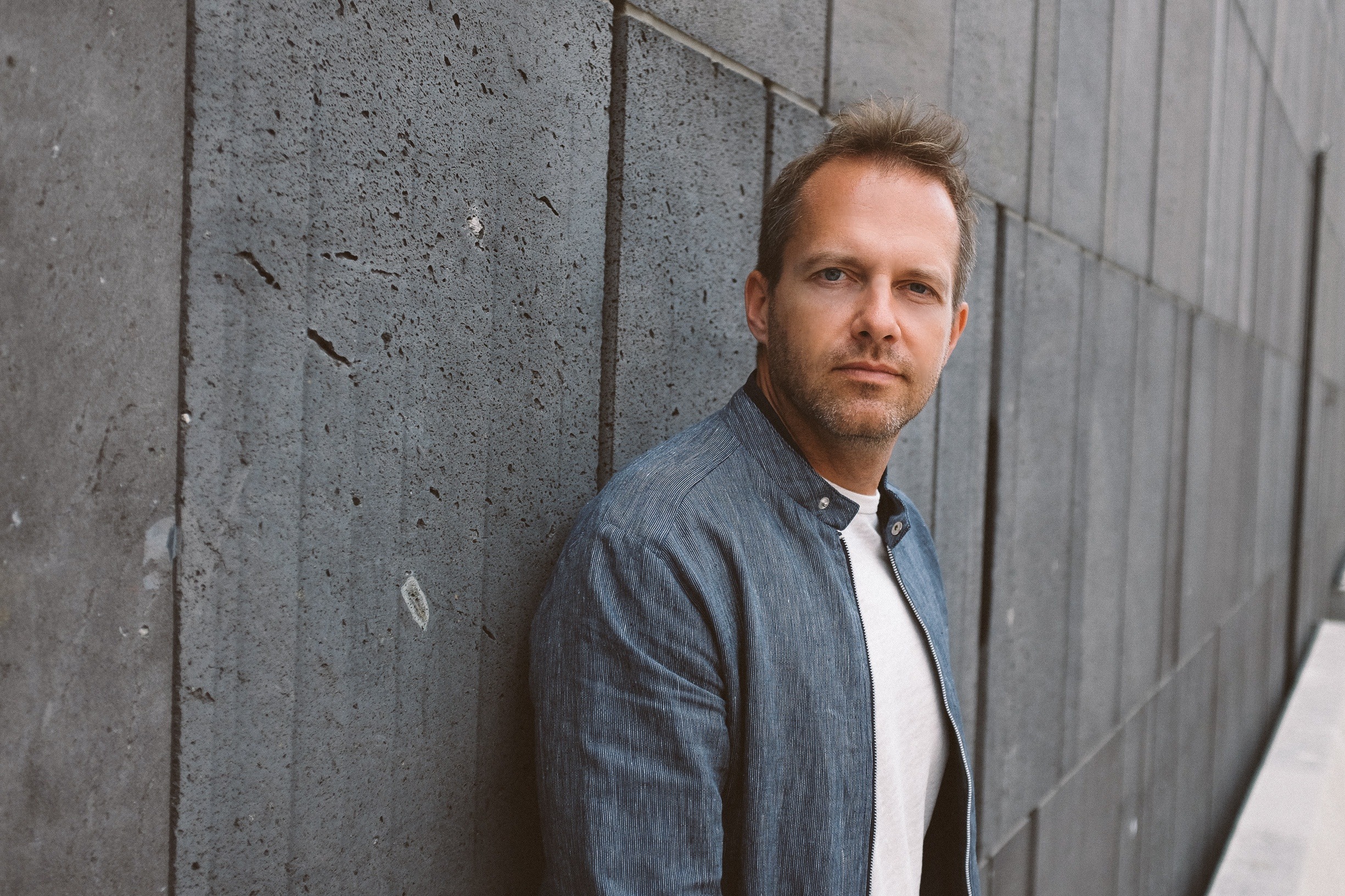 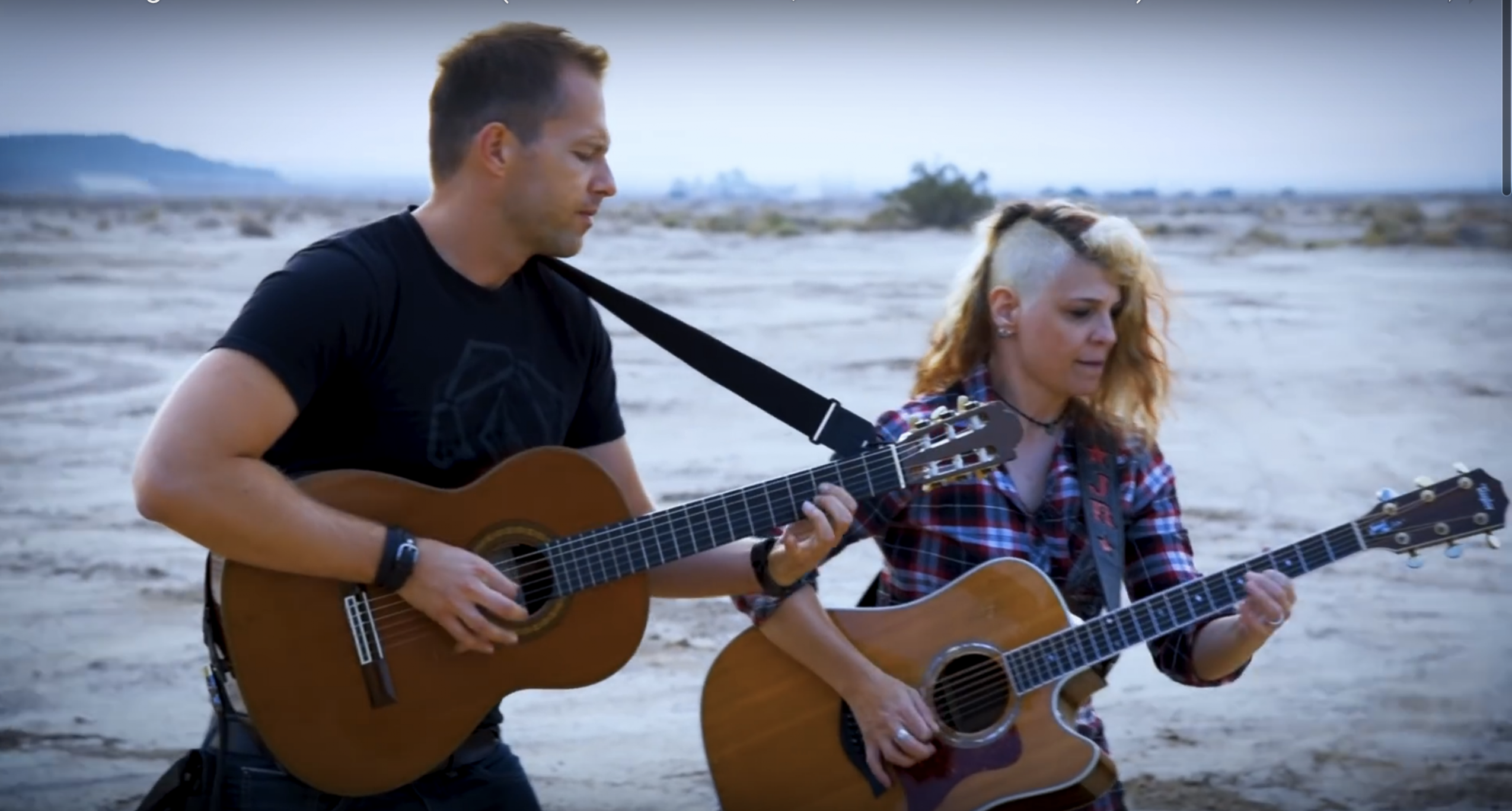 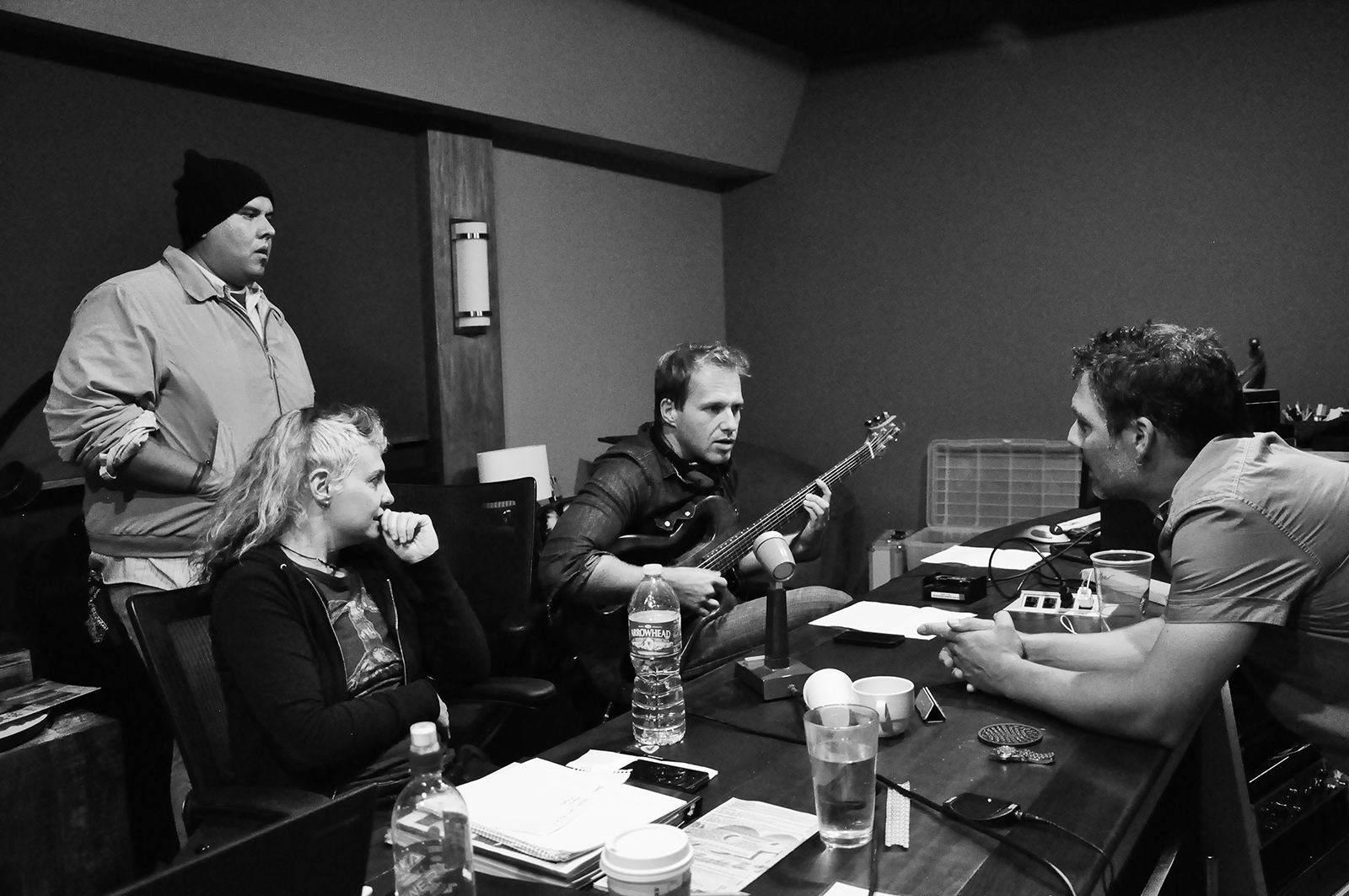