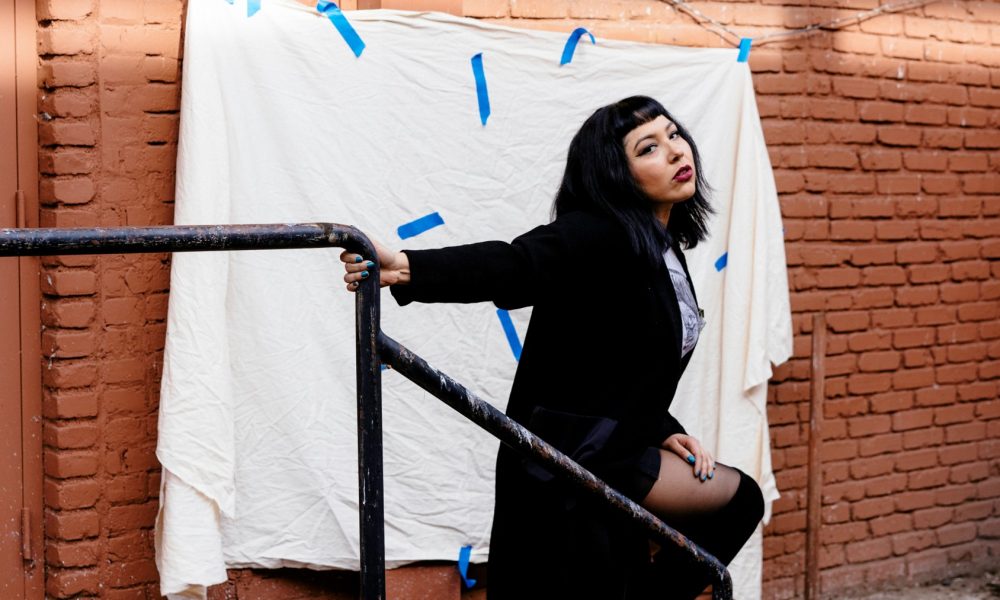 Today we’d like to introduce you to Markie Medina.

Markie, please share your story with us. How did you get to where you are today?
Music has always played a huge role in my life. I was a choir nerd from age six to seventeen. My dad is a musician turned Elvis impersonator & I was his little “roadie”. He taught me everything I need to know about stage performance & discipline when it comes to perfecting your craft. By my early 20’s I joined a cover band, did backup vocals for about a year with them. We played everything from cumbia, oldies, and classic rock. The same day I got kicked out of that band (musical differences?) I started a garage punk band with my friends, Spanish Daggers. We were just a party band, didn’t take anything seriously, not even ourselves really. After two years of being wreckless, our drummer Isaac Larios decided to quit, followed after by our guitarist Rivera. It wasn’t fun anymore and Isaac wanted to be in more of an active band, as did I.

Shortly after that Isaac and I started a relationship that went on for almost three years. The same time length, I wasn’t involved with music. I auditioned for about four bands, even tried starting my own, but nothing felt right or I didn’t make the cut. I was becoming impatient, depressed, and felt the need to make something of myself. For majority of my work history, I’ve been a hair salon receptionist. Most of my friends are hairstylists, they are all artists, derived by music, and they are the most independent creatures that I know. I wanted to be just like them, so I enrolled into cosmetology school. Completed my hours, passed my state board test, assisted at two salons before finding my coven at the Glamour Ghoul Studio.

About a year into assisting my friend Clarissa Garcia and two months after ending things with Isaac, he asked me to join a project him and Noel Becerra were working on. He said my voice would compliment Noels songs and I was the only vocalist they had in mind. Reluctant to incline, I turned down the offer three times. I wanted to take hairdressing seriously, I felt like I shedded off front womxn skin, and it didn’t seem like a wise idea to start a band with an ex. Isaac then emailed me the tracks they had been working on and I was hooked. Particularly with “Breaching”… I couldn’t decline. Our band Stormhouse has been going strong for about three years, I am now renting a chair at Salon 9 in Old Towne Orange, and I am truly blessed to have built a clientele from music. The two really do go hand in hand.

We’re always bombarded by how great it is to pursue your passion, etc – but we’ve spoken with enough people to know that it’s not always easy. Overall, would you say things have been easy for you?
At first it was definitely not a smooth road. I had to make a lot of sacrifices starting out in my career. I didn’t go out a lot, I had to do free hair sometimes just so I can build the clientele I have today. The band faced some challenges as well, substance abuse, writing about a breakup while your ex is in the group is never easy. Everything in time has smoothed over and is now falling into place.

We’d love to hear more about your business.
My business is Markie Medina Hair. I specialize in color, vivid coloring is hands down my cup of tea. I’m most proud of never giving up on my new found passion. Hair and being in a band are very similar, it’s all word of mouth, promoting yourself, making flyers of new deals/ shows to post around town. I think what sets me apart is majority of my clientele I’ve met because of Stormhouse, they’re misfits just like me.

What were you like growing up?
I was a troublemaker, constantly grounded, and always marched to the beat of my own drum (as my mother would say). 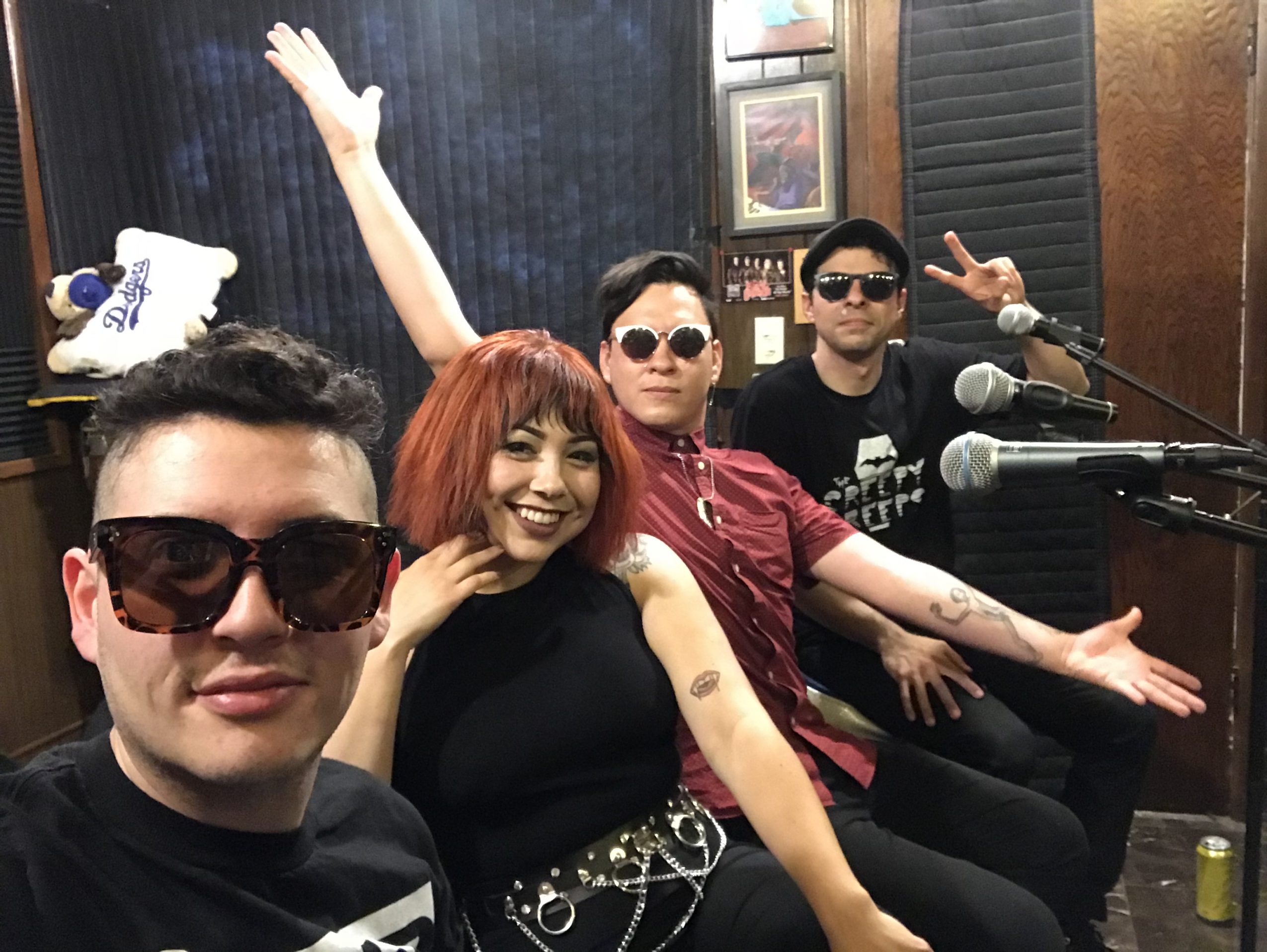 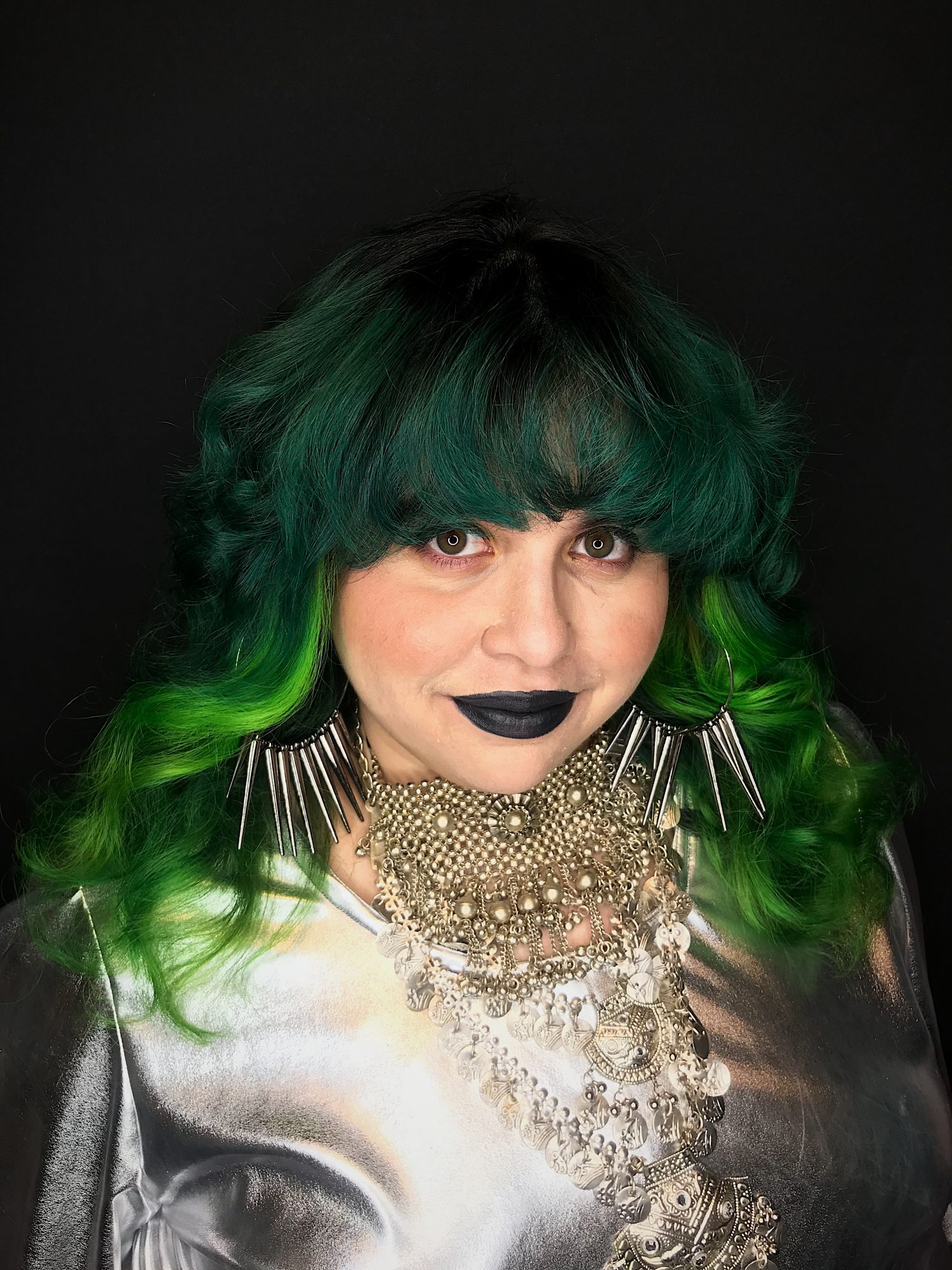 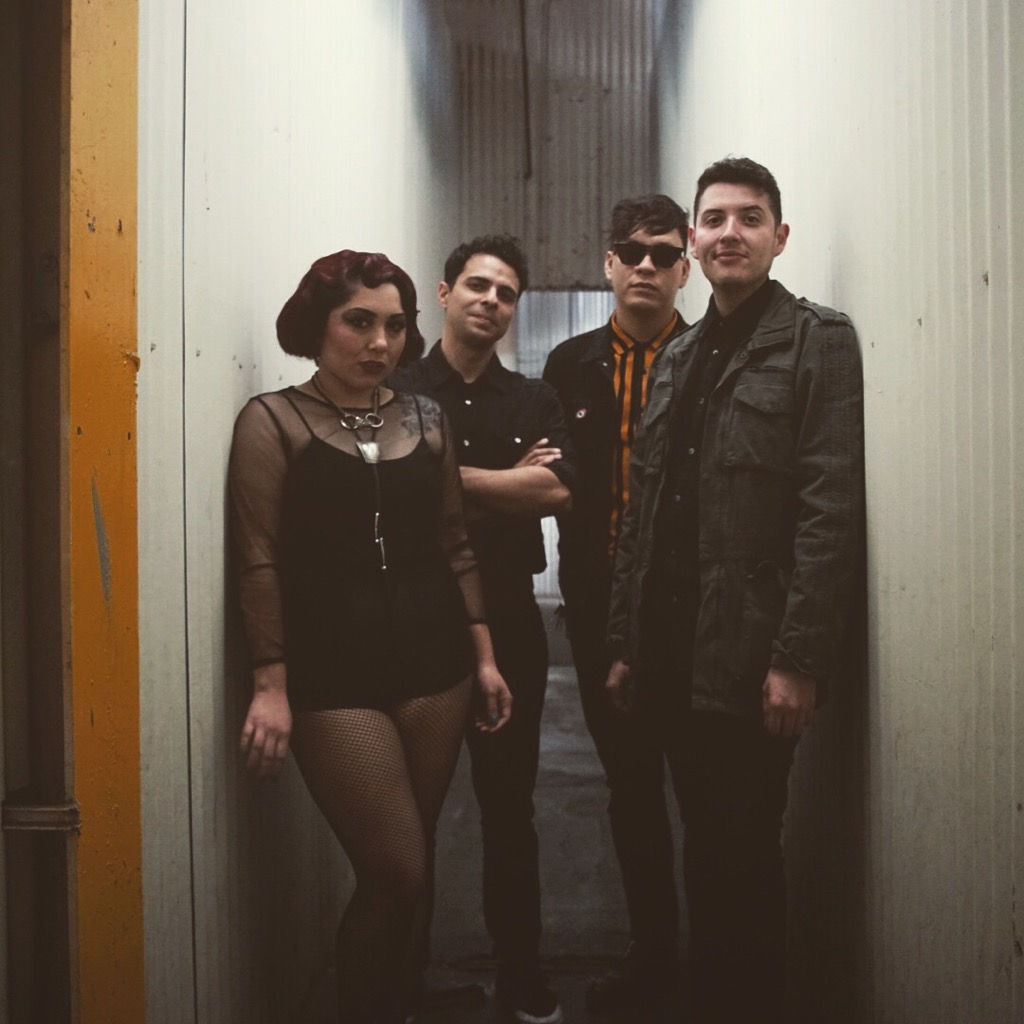 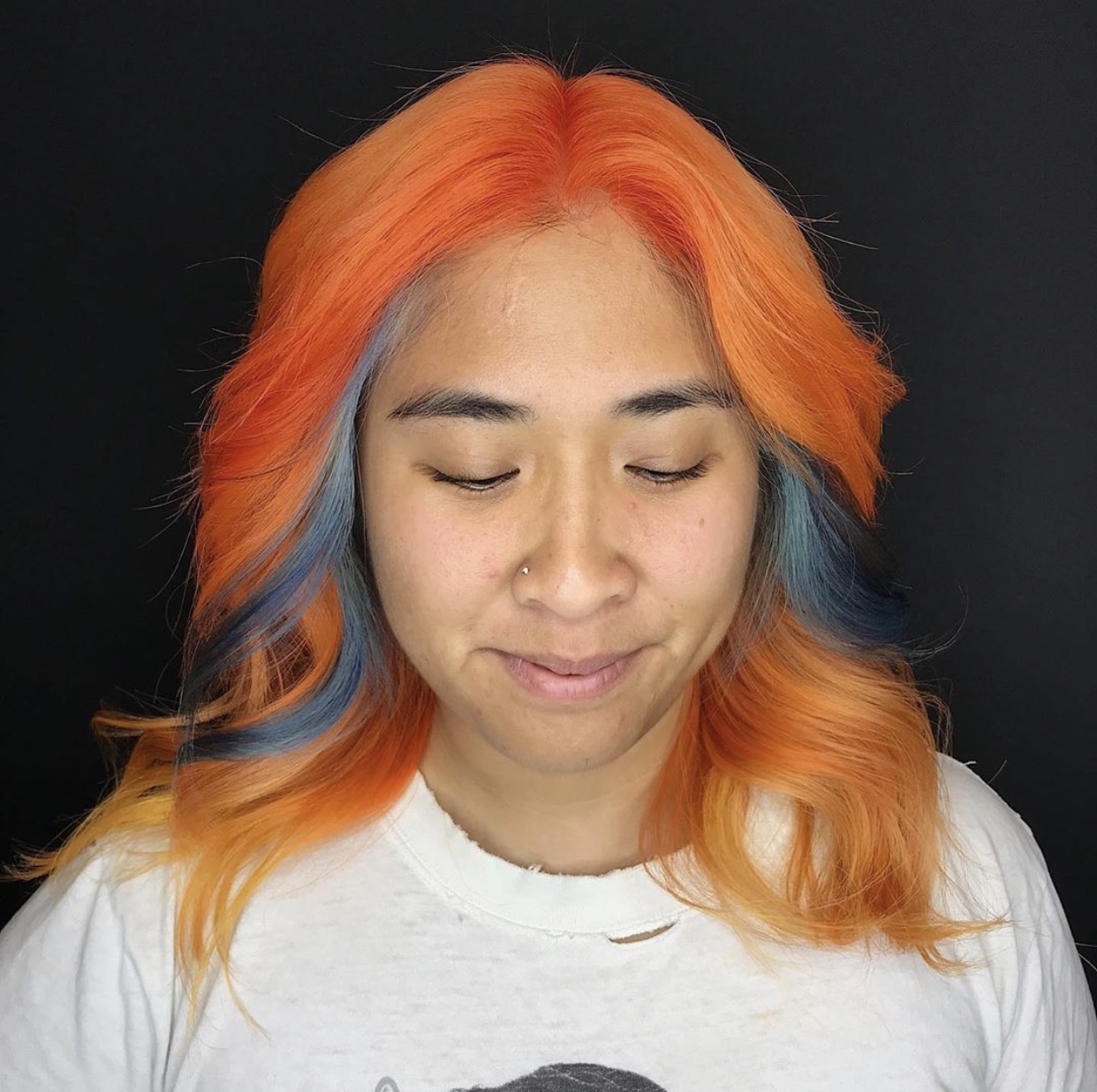 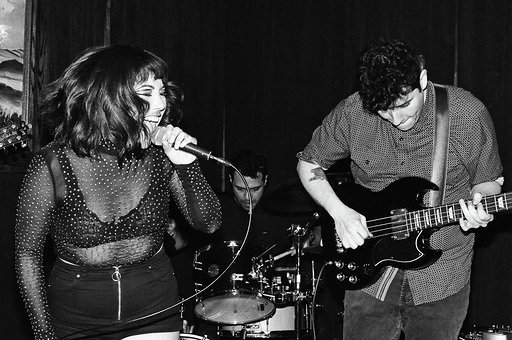 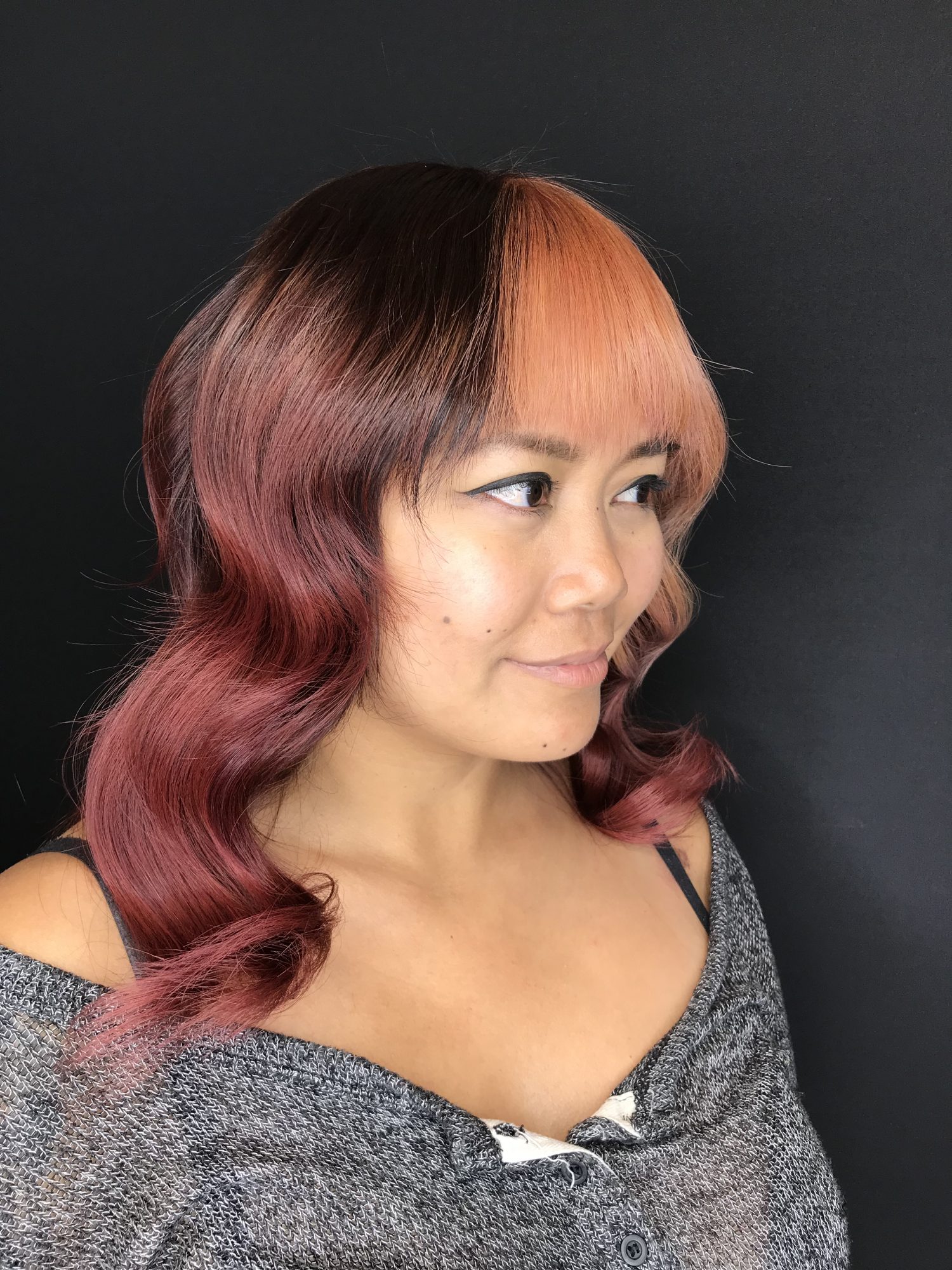