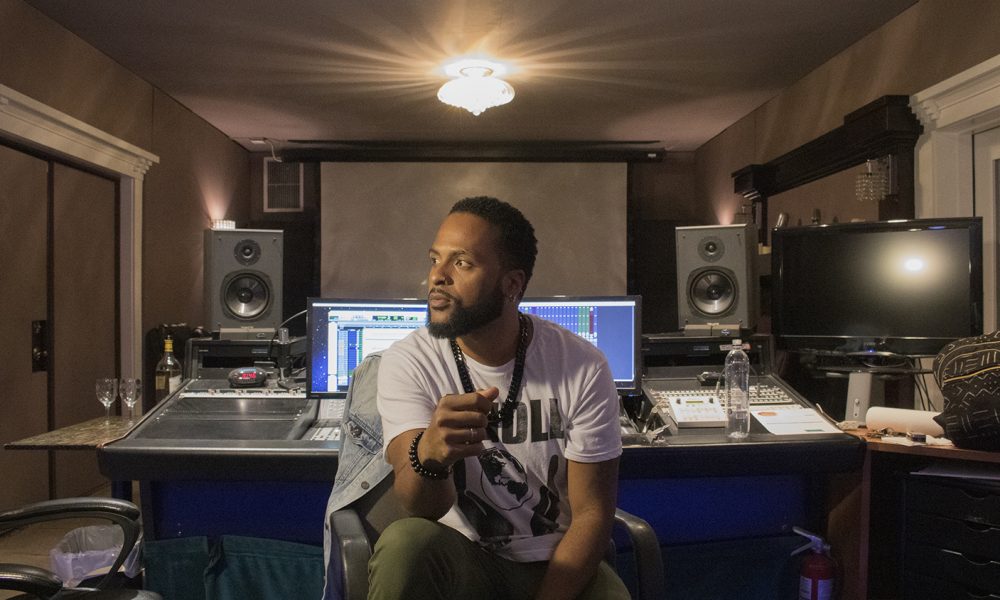 Today we’d like to introduce you to Mark W.

Thanks for sharing your story with us Mark. So, let’s start at the beginning and we can move on from there.
I got started at the age of 12 or 13 rapping for myself. After some time (16 or 17) I felt like it was time to record some of the songs I was writing. My father ran a church in Irvine, Ca (Christ Our Redeemer AME) and had some pretty established musicians playing in his band. The music director was actually an audio engineer for BeBe and CeCe Winans. My mother properly introduced myself and the music director of my father’s church band where he would get me scheduled for my first professional recording session. Now, I was not aware of studio prices so when he let me know the price ($30/hr, which looking back now is really cheap) I was blown away! My friends and I immediately began raising money for the session. Back then, I was also a “Clown Dancer”. In the early 2000’s “Clown Dancing” was the wave! If you get a chance, look up the movie RIZE to get an idea of what that culture looks like, you’ll thank me later. My friends and I were pretty good dancers so we battled across LA to raise the money. At the end of my Senior year in high school (2003) we finally had enough for nearly 8 hours. We used up every last dime, LOL. We got two songs recorded, SMH. In that space, it was clear how much I loved being in the studio. I was also clear how much I didn’t know about this world! He would ask me questions about the time signature of the song, what key was the song in, what’s the BPM… I had no idea how to answer any of these questions! And as much as I wanted to go back to learn more, I didn’t have the money to do that. It took my friends and I six months to raise a little over $200 and we felt burnt out. We began to seek out other studio options.

Luckily, after my first year of college, I ran into an old elementary school friend of mine in the Fox Hills mall (I don’t think they call it that anymore). He let me know he had a studio at his house and was willing to record me for $10/hr! Needless to say, I quickly took him up on his offer. After some years recording with my elementary school friend, he would tell me, after another long late-night session, that he would have to cut our arrangement short. He was also the recording engineer for an up and coming rapper who was on the verge of “blowing up” and needed to spend more time with him to get his sound right. (You would know this up and coming rapper, now, as the late great Nipsey Hussle.) My friend also told me that because I was so involved with the recording process that I should look into getting my own studio equipment. I forgot to mention this, the space we were recording in was my friend’s house, in his room, out of his closet. So, him telling me I could get my own set up wasn’t that farfetched of an idea!

Skipping ahead ten years, I was now recording and mixing more than just myself. Friends of mine, as well as people they referred to me, were requesting my services. It was a great way to make money on the side. I was recording out of my apartment in Inglewood, CA and producing a fairly decent sound considering the space and equipment I was using. But I hit a wall. I didn’t think I knew enough about sound to get to the next level of recording. So, I went back to school! (Actually, I never graduated from college my first time around. I spent a LOT of my parent’s money!) I went to The Art Institute of Los Angeles where I got my Associates in Audio Production. After graduating, I got an apprenticeship position, which later became a full-time position at a Mid-City Los Angeles recording studio called Private Island Audio. Being in that kind of professional space taught me a lot! How to properly conduct a professional recording session, how to manage myself in spaces where what’s happening in a session isn’t the most ideal of settings as an engineer, and how to properly run my own studio set up!

Which brings us to this point today. I am now a full-time audio engineer for my own studio, Incubation Box. Along this journey, I also picked up a few other useful skills such as photography, videography, graphics, and editing. I call myself “The Meticulously Multitalented” Mark W (A title so graciously given to me by my wife who has yet to find a talent I don’t have lol). I think it fits!

Overall, has it been relatively smooth? If not, what were some of the struggles along the way?
This road, as any road to success, is very bumpy! I can’t recall all of my bumps and scraps but the one that sticks out in my mind most (it’s also the one that changed my mindset completely) is my DUI back at the end of 2013.

There was a music video my friend was shooting and he invited me to take part. At the video shoot, there was more alcohol than I was used to seeing at my own music video shoots. My manager, at the time, did not allow substances or vices to be present during filming to make for a more productive shoot. So, when I came on set and saw all the drinks… I overdid it. After the video shoot, my friend asked me if I was ok to drive. In mind, it didn’t matter if I was ok to drive or not because I needed to be at work in the morning! I ended up crashing into a gas station pump down the street from my apartment. I was almost charged with an aggravated DUI (because of the accident) but because the owners of the gas station knew who I was and liked me, they did not press charges. Thankfully no one was hurt but, truthfully, I could have died in that accident! I was also in a very new relationship (with my now wife) who was, rightfully, questioning my judgment. I had a lot of work to do! Not only to repay my debt to society and to my girlfriend, but to myself! I had to prove that my life was spared for a reason! My hustle throttle was turned up at that point and I haven’t turned it down since.

Please tell us about Incubation Box Studio.
My company is called Incubation Box Studio where we say “Your Baby has to start somewhere”. We started as a music recording studio but, overtime, we’ve evolved into more of a multimedia company handling photos, video shoots, album covers and everything in between.

Our specialty is being able to manifest an artist’s vision from start to finish! Because we work with mostly newer artists, we are known for being able to guide artists in a more professional direction. Most other studios (and this is not a bad thing because we are all looking to make money in this thing) will allow an artist, especially a newer artist, to come in record and not let the artist know where the song needs fine-tuning. What sets us apart from other studios or multimedia companies is our attention to the details. We pride ourselves on finding that unique thing that makes an artist and makes it sound larger than life!

Because we are artists ourselves, we understand that the artists’ brand is a very sensitive thing. We want the artists to feel proud of the work they accomplish with us and show their “baby” off to the world.

If you had to go back in time and start over, would you have done anything differently?
No… Lol, I wish I had a more extensive answer for this but everyone has a course to fly. Change just ONE part of that course and you are now on someone’s flight plan. 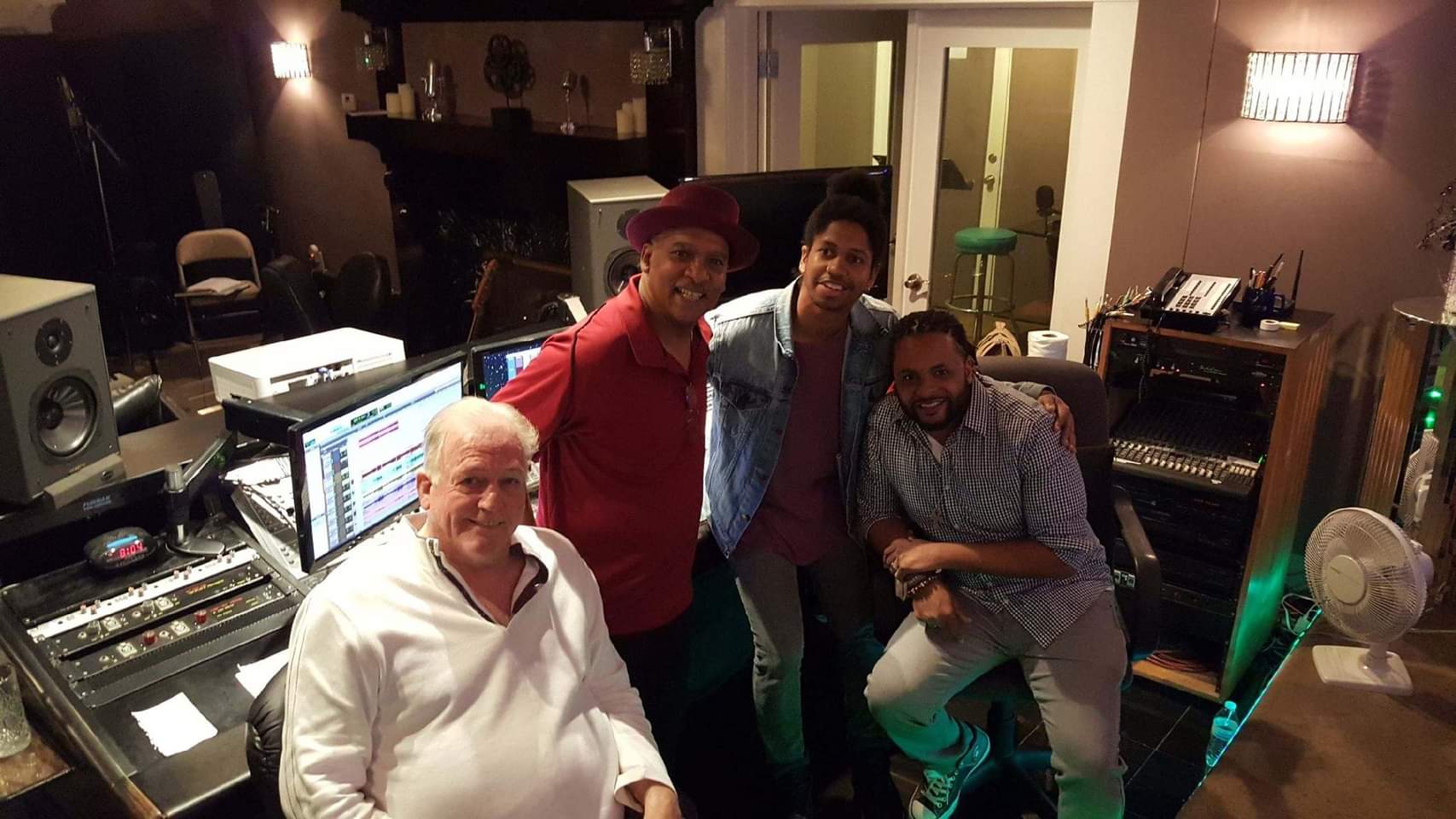 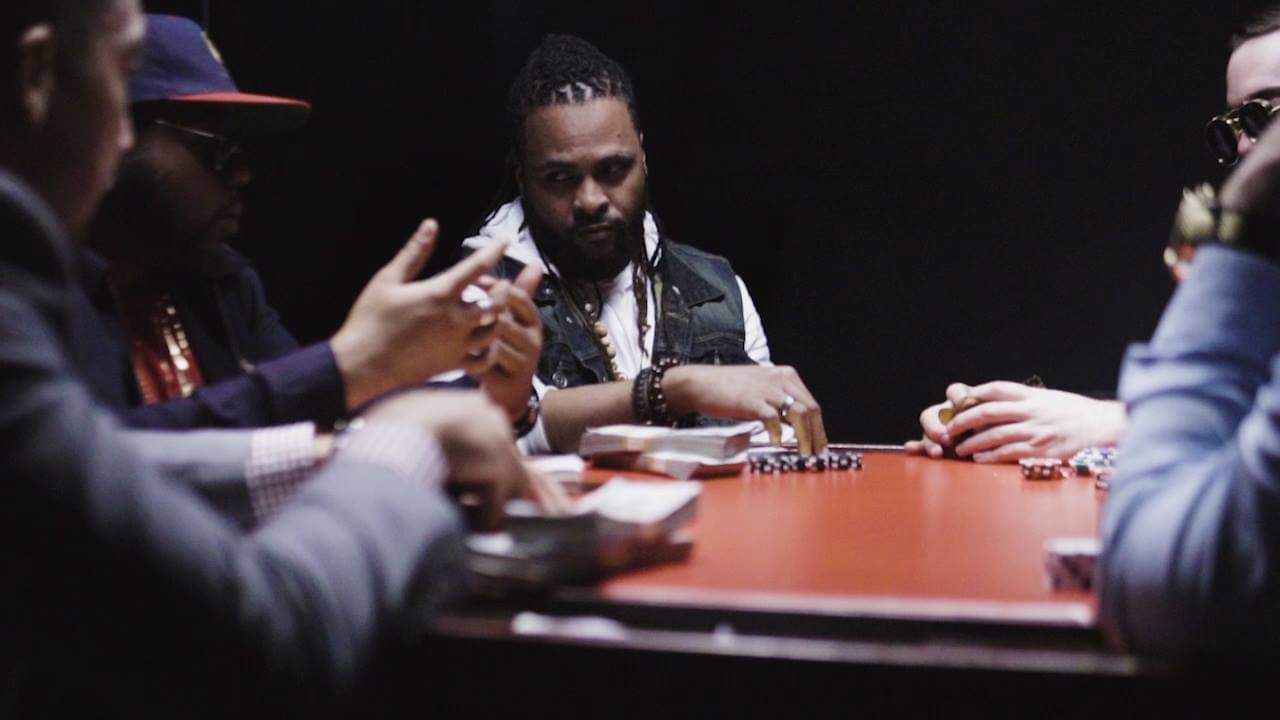 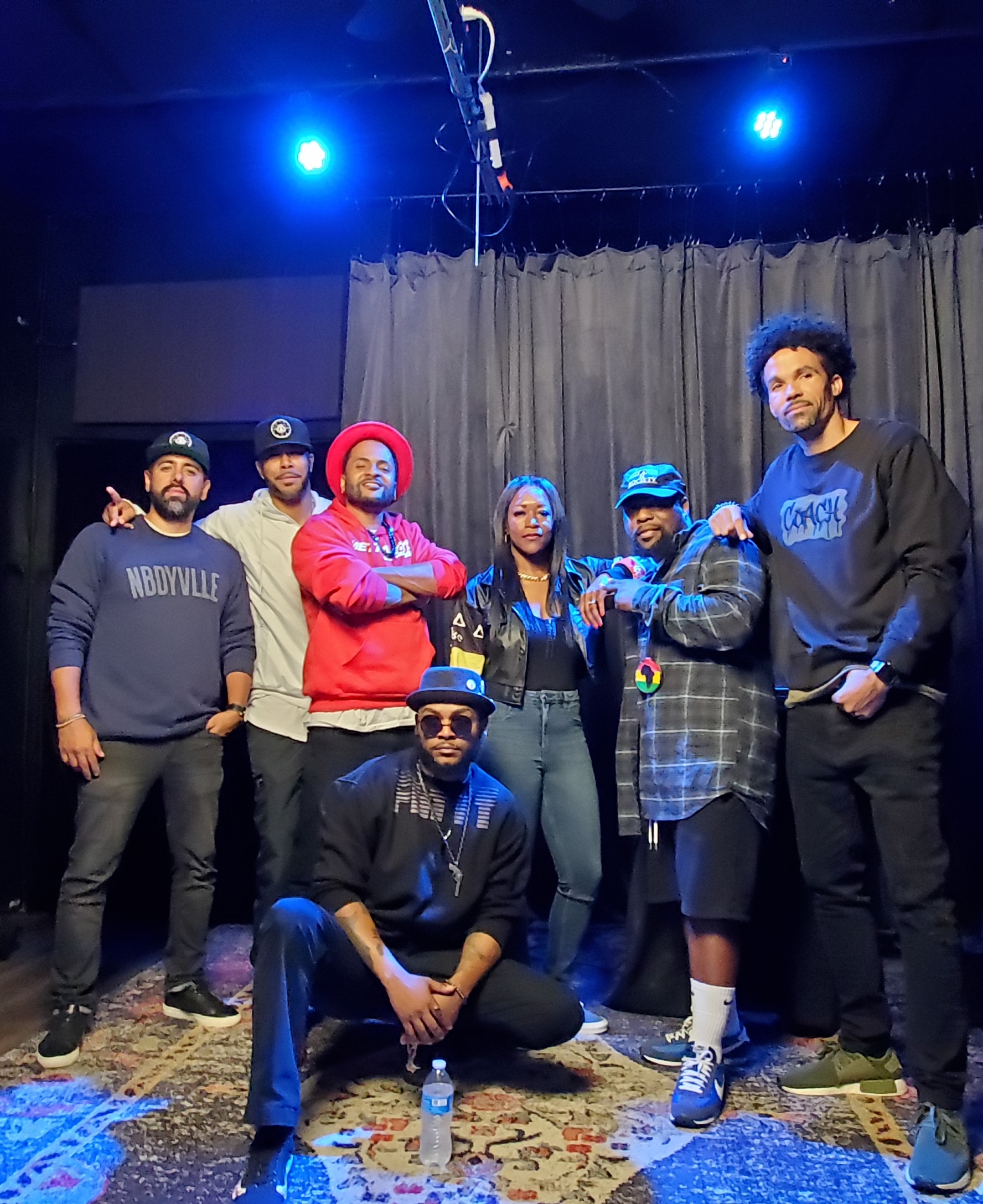 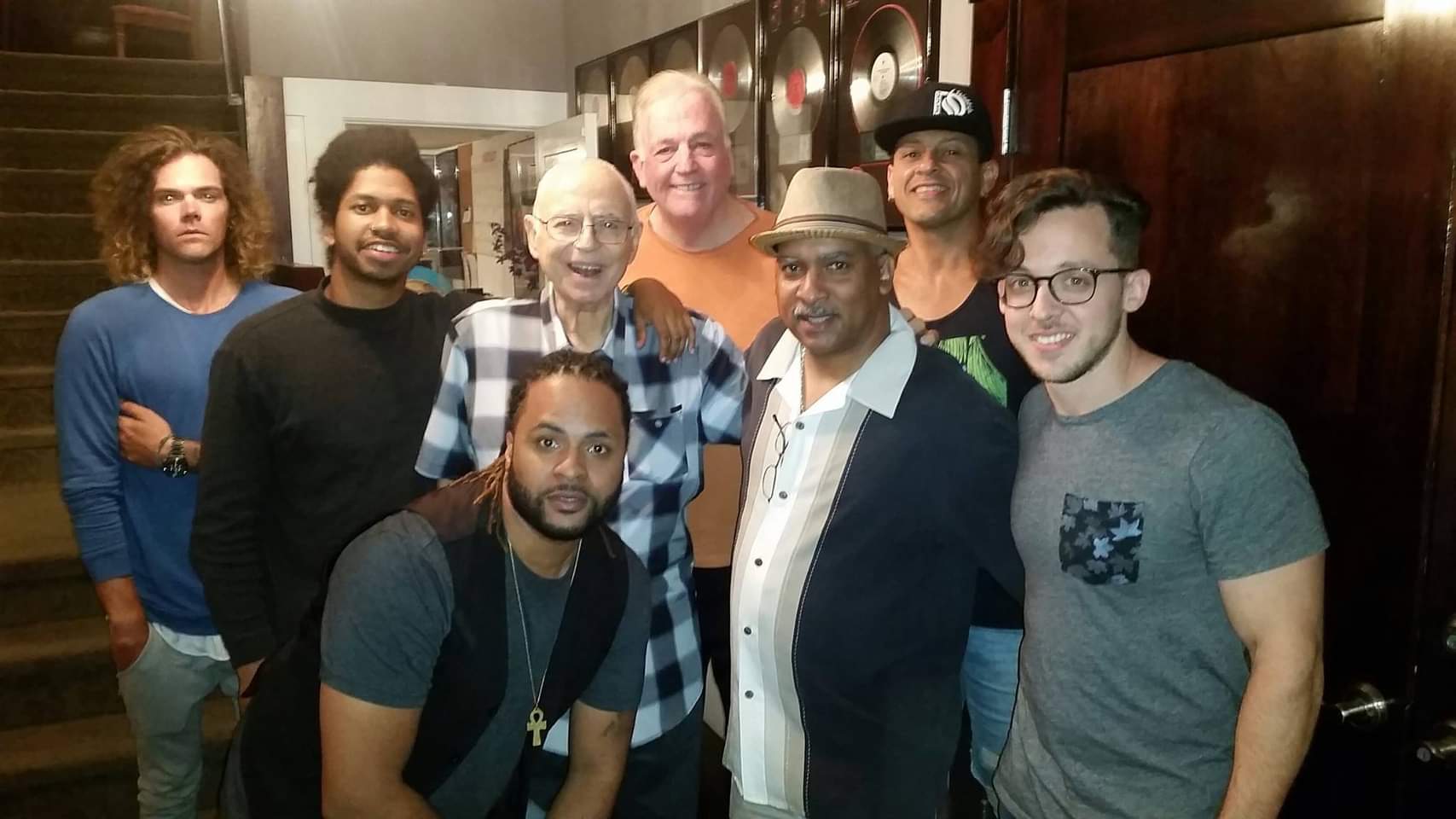