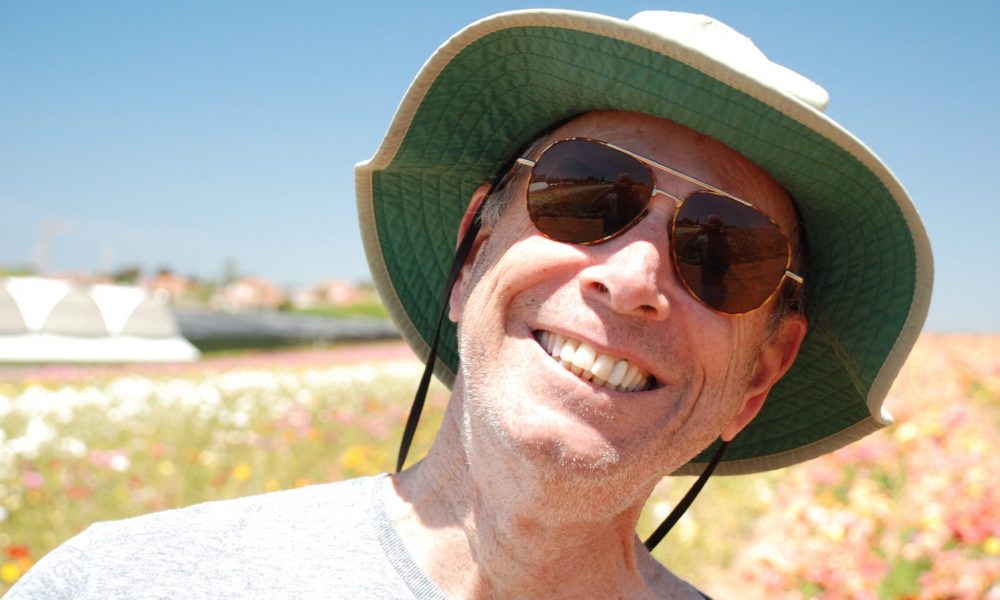 Today we’d like to introduce you to Mark Salkin.

Thanks for sharing your story with us Mark. So, let’s start at the beginning and we can move on from there.
I began my real estate career as an older adult looking-for-a-new-chance profession. Educated as an attorney, I’d left the field in 1992 to try acting, at which I failed. So, with two kids approaching college age I felt I needed to put some money in the bank after spending our savings as an actor. After passing a real estate exam, Coldwell Banker accepted me as an agent. Work began in Thousand Oaks but not knowing anyone it was a failure – only one sale in ten months. They fired me for lack of production. So I moved and joined Caldwell at its Culver City location, thanks to the generosity of an old friend, Carol Sackerman. Thanks to her, I was able to commence selling real estate.

We’re always bombarded by how great it is to pursue your passion, etc – but we’ve spoken with enough people to know that it’s not always easy. Overall, would you say things have been easy for you?
My first year was a transition from, really, nothing to full time work. I didn’t know what to do, how to get started, what were the obstacles. I spend serious money with Caldwell Banker trainers only to discover I didn’t “get it”. My friends said it was because I was in Thousand Oaks where I knew no one.

To begin my practice, I began walking neighborhoods, mostly in Newbury Park. One day I was in a neighborhood where the homes were a distance apart and many up long driveways perched on hillsides.

It was up the top of one of these that I met a man who was also a broker. He was impressed that I was walking neighborhoods on such a hot day up these long driveways. So impressed was that he offered me a job at his office – but I declined feeling that if I made a mark on his psyche I should stay the course at Caldwell Banker. Less than a week later, I was fired.

After moving to Culver City, where I had been living with my family for many years, I began again. So I bought a monthly service newsletter to send to my neighbors. We got nothing for ten months when I got a call on my newsletter, went to the listing appointment, and landed my first listing.

Fairly quickly I moved up the ladder. One house my first year, one my second but eight in my third. Thanks mostly to looking for ways to make a “quick kill” … As an older professional I realized I did not have the time to build a farm. Instead, I took more classes, went to seminars, attended company events, went to conventions …Whatever it took to leave law behind and learn a full-time mindset as an agent. My real estate training and experience were a hindrance, I lost several listings because I came on too strong, too knowledgeable, too confident.

For example, one evening after a long court day, I showed up for a listing appointment. I was third among three and lost the listing because I was so buzzed from a day in court, and so tired, that at the home of the client the coffee they offered me only heightened my intensity. They told me the next day that they thought my presentation was superior but my “fidgety intensity” would not be a good fit. It was then I realized that being an attorney was not the gold key to success I’d believed. So a change both in my approach and presentation made itself known.

There were other issues: one of which was that I caught my manager cheating me out of commissions. I caught him, complained to the company but they did not help me. Instead they ducked their heads and left me out to dry. I overcame that, got my money but had to leave the company.

Another time I played Santa at the corporate offices, with the consent of my superior, only to be caught by my manager in a vice: He didn’t think the results of my corporate visits were fair or acceptable so he demoted me (same manager I caught withholding my commissions) even though in that six week period I sold several properties by thinking outside the box due to this marketing scheme.

So let’s switch gears a bit and go into the Rich and Salkin Real Estate story. Tell us more about the business.
As I said I’m older, today I’m 69 and still working. We specialize in selling court ordered sales, almost all as a specialist in bankruptcy. We are known today for these sales which are distressed, making everyone believe they will get more of a bargain than they do. This is not our fault, it is a psychological result of the word ” bankruptcy”.

Today’s team is the result of my former law practice, having made and kept the relationships I had developed years earlier with influential people. My current client is a former mayor of Culver City and a Trustee for the United States Bankruptcy Court.

We are known as being able to complete complex sales due to the extensive knowledge I obtained in my law practice. We’ve done both commercial and residential sales. At the same time, I was both Training Director at Caldwell Banker and Education Director at Keller Williams. By moving into training, and being a book learner, I was able to turn my neophyte’s education into a burgeoning expertise. Clients chose me for my extensive knowledge, both in construction and sales, and my/our ability to close more difficult sales.

As a company I most proud of our being able to educate our clients in their need to understand the real estate process and prices. Buying real estate is a scary proposition. We assisted them in providing a calm and professional atmosphere. We were also persistent, looking for ways to access those who controlled real estate rather than looking for business from residential owners. We targeted attorneys, business managers, accountants and others whose expertise lead them to those wanting to buy or sell property.

Has luck played a meaningful role in your life and business?
Wow, that is a tough question.

Luckiest thing I can recall was accepting a “blind offer” to buy an apartment building I owned and was converting to condos for my team to sell. It was a long process, made more complicated by having to work full time selling while going through the “white paper” process of conversion. Just as I was ending this process, I met this buyer. We agreed on a price but in doing so, I was able to negotiate a more-than-favorable commission split on eight parcels. The sale of this property was my absolute best year ever or since, over $2M in commissions and other income that year, 2005, enough to buy a beach house.

But I had bad luck at the same time, it was during the period when I caught my manager withholding my commissions. When I left the company, I was not able to take my listings with me, even though some of them were real estate owned by me! My assistant was given my listings by my manager so he denied me the right to sell my own property. But somehow, I had sort of anticipated this, so of my own 8 parcels, I withheld 5 until I had changed offices. My former assistant sold the other three.