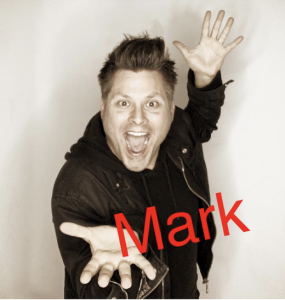 Today we’d like to introduce you to Mark J Freeman.

Mark J, let’s start with your story. We’d love to hear how you got started and how the journey has been so far.
I started my journey to Los Angeles in 1997, and I cried from Ohio until about the Mississippi River. I was only 23 years old, and I had never lived anywhere besides Ohio. I had just graduated from The Ohio State University with a degree in Theatre, I had just “came out”, and I had just become a bartender in a very hip part of town, in one of Columbus’ newest and most popular gay bars. But I went anyway.

It was around a year, trying to figure out this town, the people, and trying to get myself settled. Fortunately, I had moved with friends, and they kept me going. However, in April 1998, I got word from my family that my father’s cancer was getting worse, and he would now be bedridden. I decided to move back to Ohio, to be closer to him, and to help the family with his care. A short two weeks after my return to Ohio, he passed away. I was so glad to have spent his final weeks with him, helping and being there for him, as he had been my whole life. After moving back to Columbus and getting “re-settled” again, and going back to work at the bar I worked at before, I quickly re-acclimated back to my life in Columbus. And then started getting quickly involved with the Drag Queen scene.

I started performing in drag and really began to see the fun, artistry and love of drag. Within a year of doing drag, was awarded: Best Female Illusionist” in Columbus, Ohio. An honor I took seriously and used to my advantage to develop my own drag shows. I hosted numerous fundraisers as well around town, and at my home bar. I was one of the top queens in Columbus, and I was starting to feel the need to spread my wings again. So, after returning to Los Angeles for a visit, in January of 2001, I quickly decided I missed this crazy town and wanted to come back for a second try!

I went home, and in six months, presented my final show as Lorayne Love, awarded the next Queen as “Best Female Illusionist”, packed up my drag, packed up my UHaul, gathered some friends, and road-tripped back to the City of Angels, plus, I now had my own personal guardian angel watching over me now.

Within a month of living in Los Angeles, I found work at a prominent West Hollywood restaurant where I quickly made friends and got back to making a living. They quickly found out about my past as a drag queen and did everything they could to encourage me to perform and host at the restaurant. I started out hosting a stand-up comedy and improv show at my restaurant, then began performing in drag shows around LA, and then quickly began hosting more comedy shows, and even dabbled in stand-up comedy myself. Gracing the legendary comedy club stages like; The Hollywood Improv, The World Famous Laugh Factory, and The Comedy Store. I was nominated four years in a row for Outstanding Drag Performer for the WeHo Awards, and in 2012 won “Sassy Prom Queen” a yearly gay prom event in West Hollywood.

In 2015, I was asked by a friend to become a panelist on a weekly DAYS OF OUR LIVES recap show for Afterbuzz TV, because he knew that I had been watching the show since I was young, and he also knew that I had hosting experience. After joining the panel and finding out more about Afterbuzz TV and what they do, I quickly felt as though, I had found a place that was a perfect fit for me. It felt like all my years of hosting, and comedy (and even Drag) had finally paid off. After only a few months at Afterbuzz TV, I joined another popular recap panel for RuPaul’s Drag Race and multiple other shows. I moderated a live audience panel at the YouTube studios with Ashley Tisdale, and the cast of Clipped, have done in-studio interviews with recording artists, like Carnie Wilson, and numerous TV/film stars, like Alison Sweeney, Deidre Hall, and Dana Powell.

I’m now an official Red Carpet host and have had the pleasure of working the Daytime Emmys Red Carpet for three years in a row, the Critic’s Choice Real TV Awards, and events at the Paley Center for Media. I’ve interviewed: Leslie Jordan, Kevin Nealon, Carla Hall, Wink Martindale, Lauren Lapkus, Colton Underwood, Wendy McLendon-Covey, Maria Menounos, Jonathan Bennett, Marissa Jaret Winoker, Alfanso Ribeiro, and this month, I’ll be working a Red Carpet for GLSEN RESPECT Awards, with guests like: Octavia Spencer, Lance Bass, and the cast of the CW television series “Riverdale”. And recently, I was honored to be approached by the producers at Afterbuzz TV to be the weekly host of “RuPaul’s Drag Race News Weekly”. Where I cover all the news surrounding the RuPaul’s Drag Race franchise. Which You can see weekly on the Afterbuzz TV Instagram or our Afterbuzz TV YouTube Channel.

I feel so as though my years of comedy, drag, hosting, and acting have paid off. I’m living my dream and making all my years of hard work pay off. I look forward to many more years, exciting new Red Carpet, more sit-down interviews and maybe even a show of my own! Skies the limit! From Lorain, Ohio to Los Angeles, California….

Overall, has it been relatively smooth? If not, what were some of the struggles along the way?
I mentioned some in the story before, but also, I’ve had to literally see a therapist upon recommendation from a prominent Los Angeles acting school, because she felt as though my homosexuality could hinder my chances at success as an actor. And also, just the normal, rigorous schedule of having to “work to pay the bills” along with finding time to do the things I love to do and was meant to do. The comedy, hosting and drag don’t always pay, and in order to stay and fulfill my goals, I have to pay the electric bill.

Please tell us more about your work. What should we know? What do you guys do best? What sets you apart from the competition?
Well, Afterbuzz TV is pretty well known now around town. Maria Menounos and her husband, Keven Undergaro, created this new media network to help aspiring hosts. It is their passion project. They love helping us, guiding us and watching us spread our wings and fly. I never thought that I would find a network or company like this in a town like Hollywood. You only ever hear about the backstabbing, the favoritism, the “who you know”… but to know that I can walk through the doors of our studio and sit with Keven and/or Maria and discuss my future with two proven professionals is just such a blessing.

We aren’t paid in cash, but the opportunities and the support are priceless. I’ve grown so much, and learned so much from this opportunity, and look forward to seeing where they take me to next. We are the ESPN of TV Talk, and people come to our network to find out what is going on. When we stand on the Red Carpets, the artists come straight to our “bumblebee” looking microphone, because they know we are professional and respected. Afterbuzz TV is now officially google news accredited too. (Articles we write based on quotes from guests we have in-studio and pop culture news will appear on Google News, along with hosts’ names and likenesses. )

What is “success” or “successful” for you?
Success to me is making a difference. Not just being the person with the most Twitter followers or the most awards, or the name first in the credits. It’s HOW you got the twitter followers, the difference you made in people’s lives, the reason you get up in the morning and do what you do. The criteria marker for me: Waking up proud of what I do because I made difference. 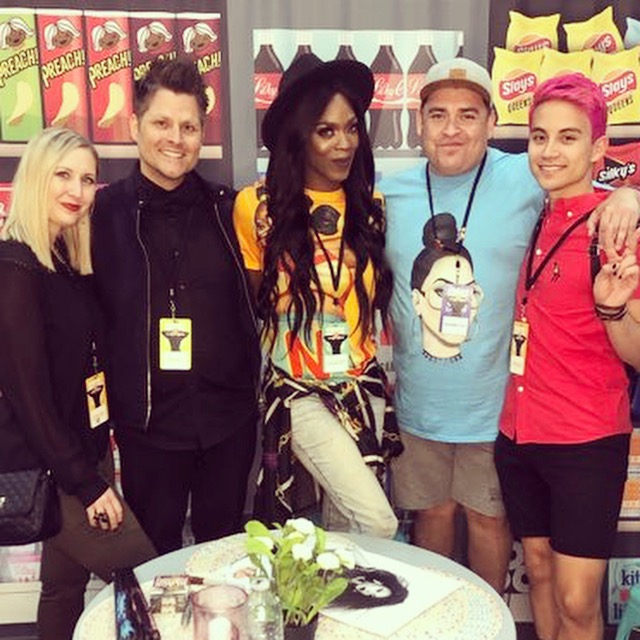 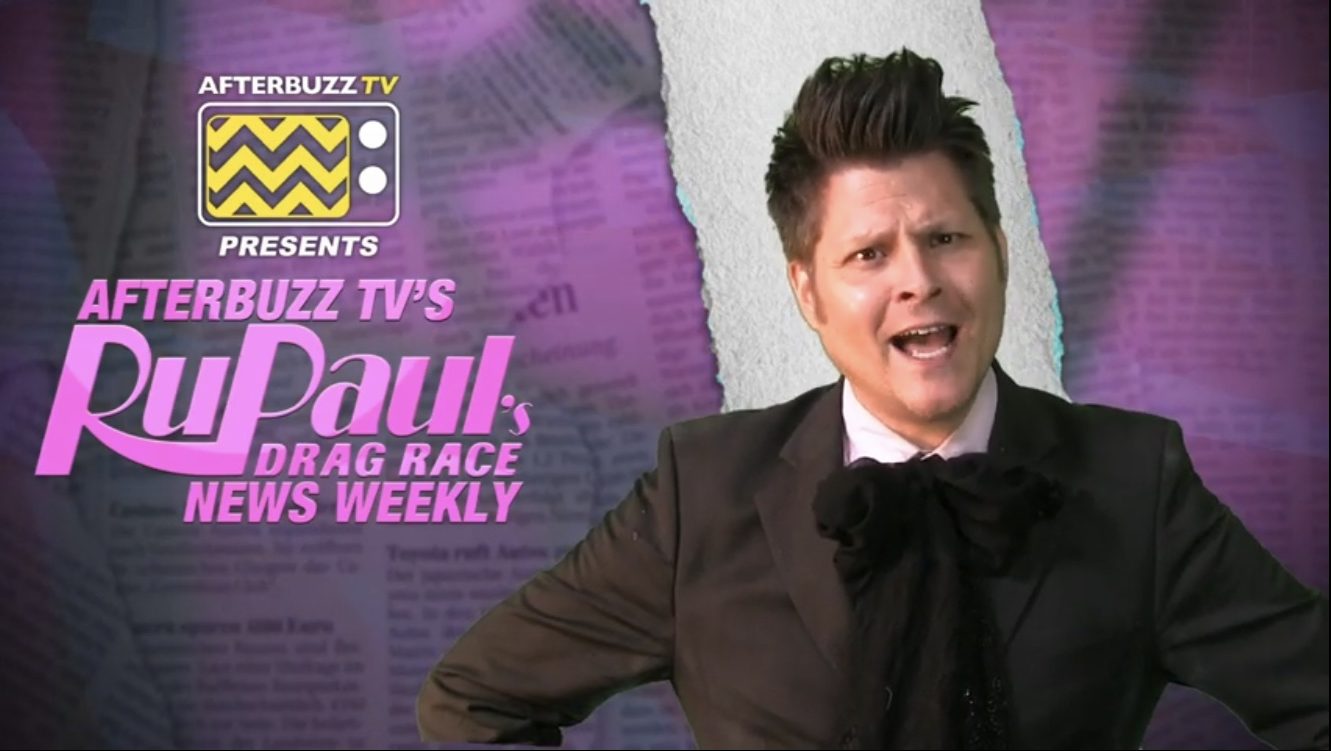 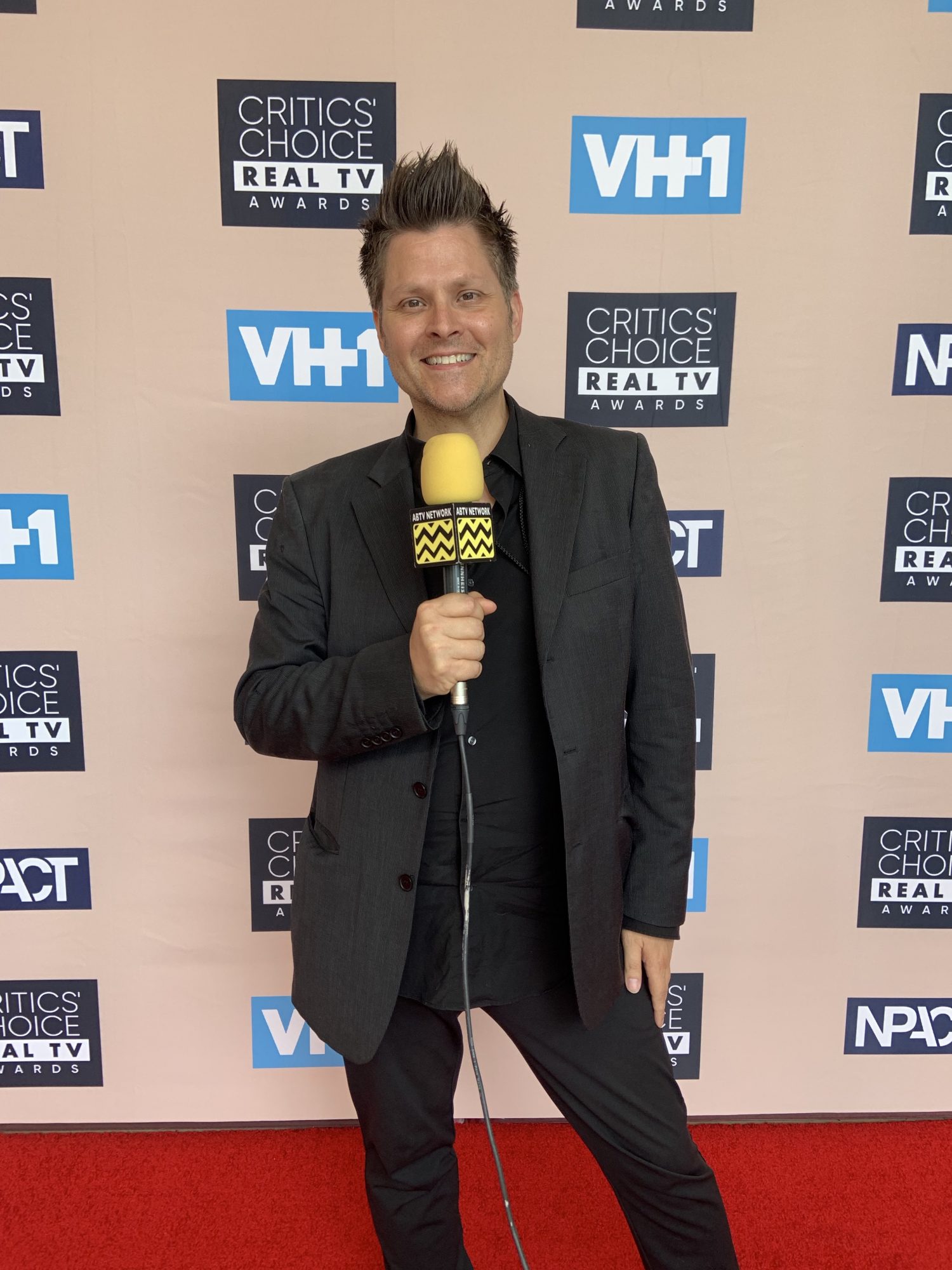 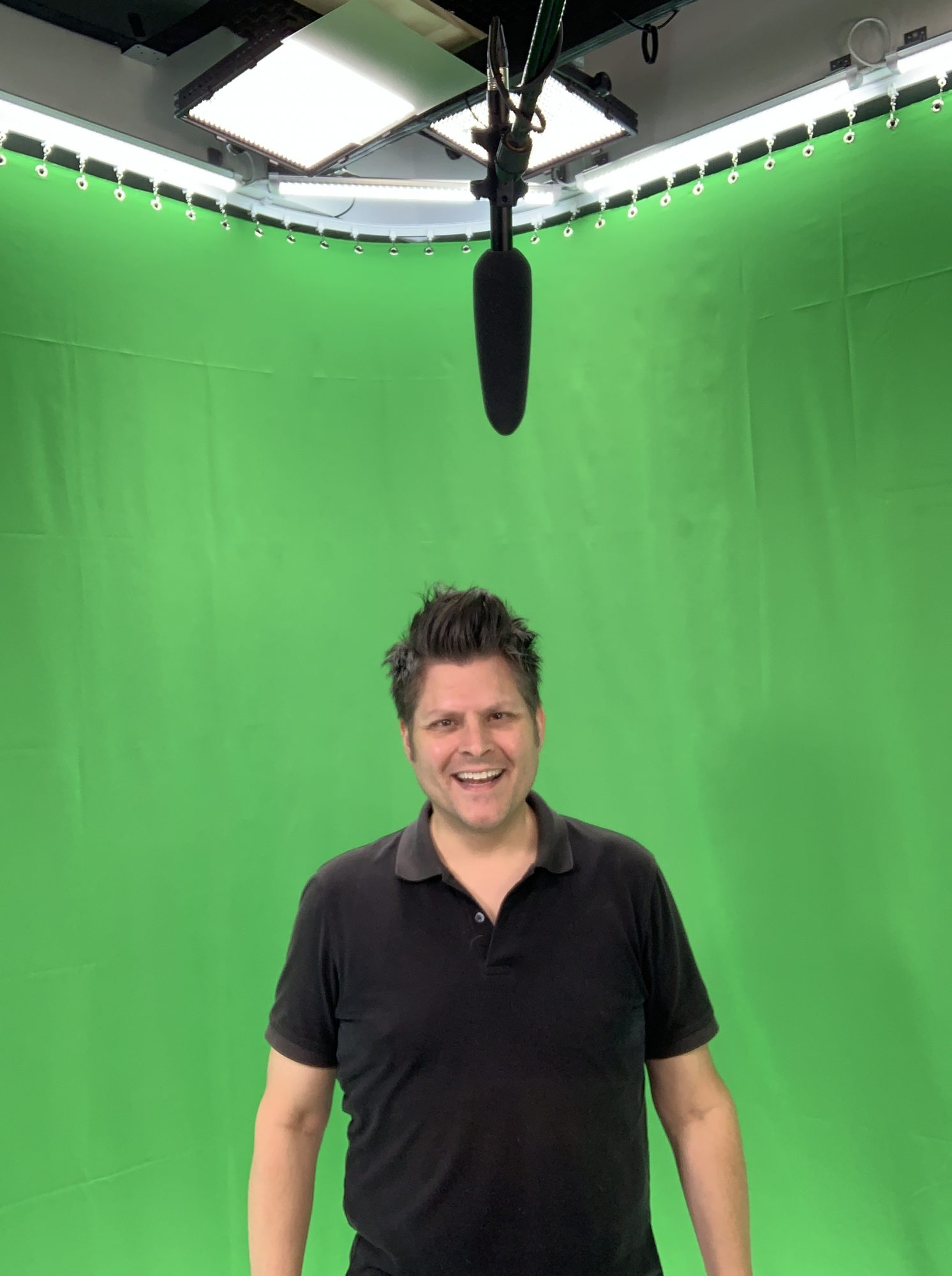 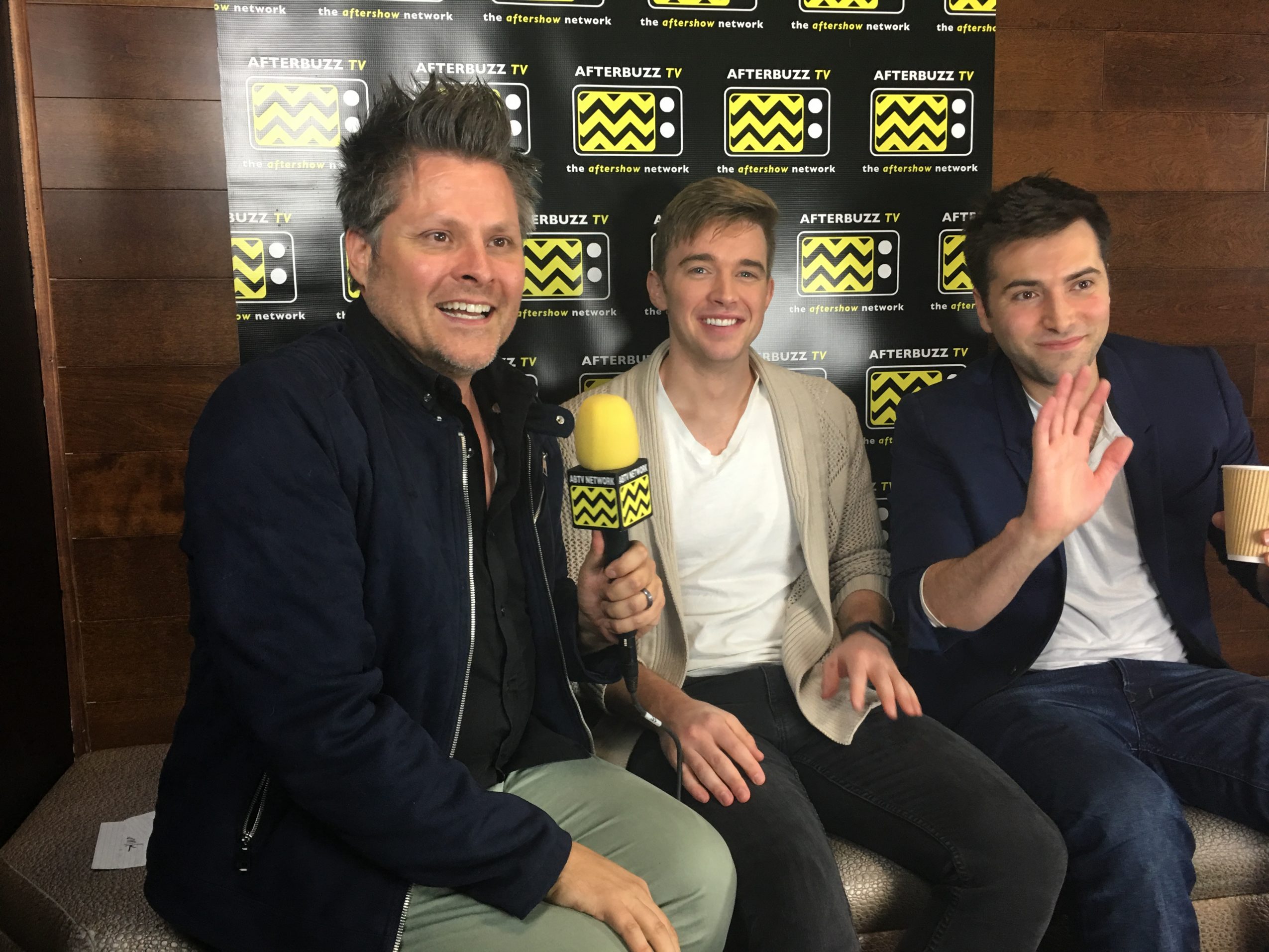 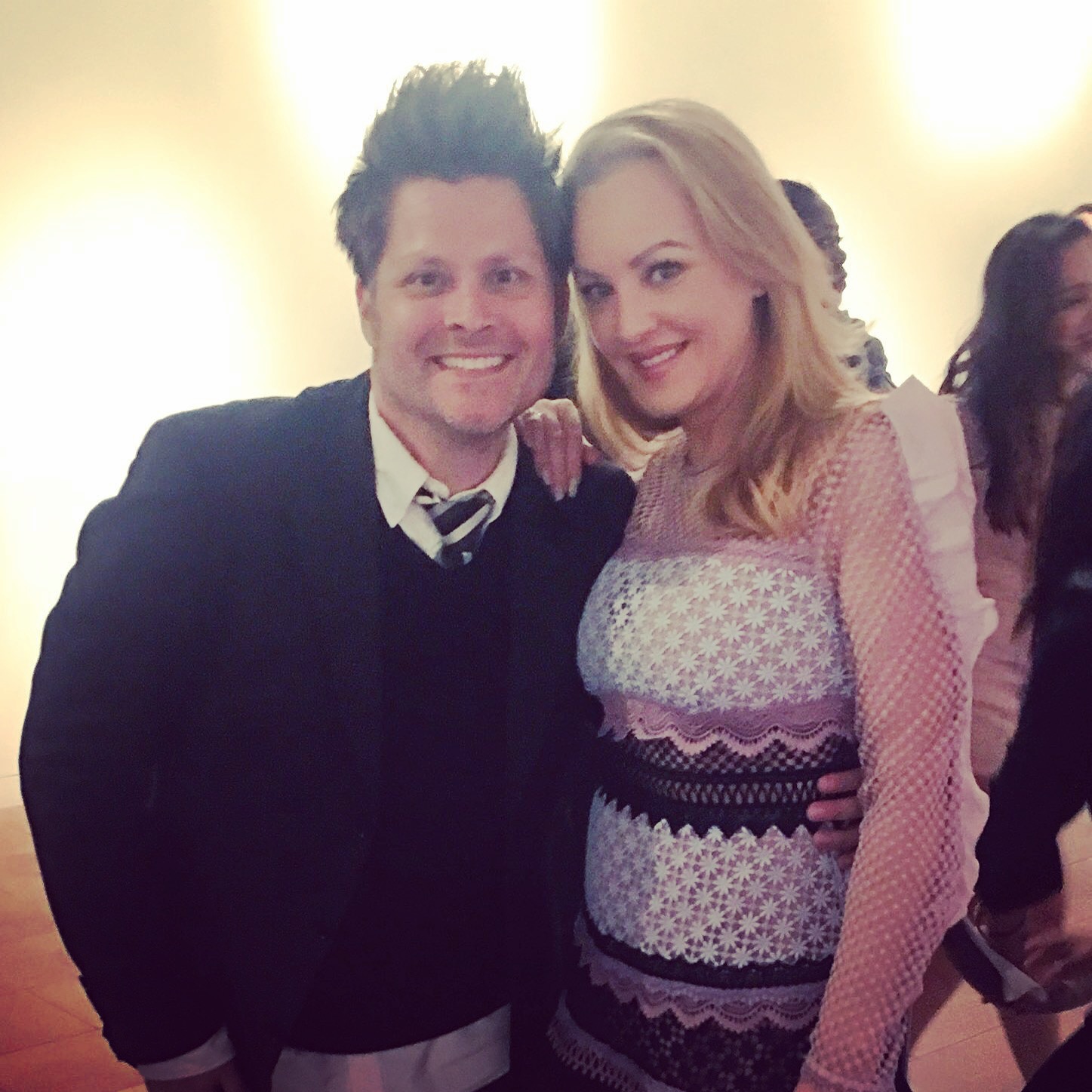 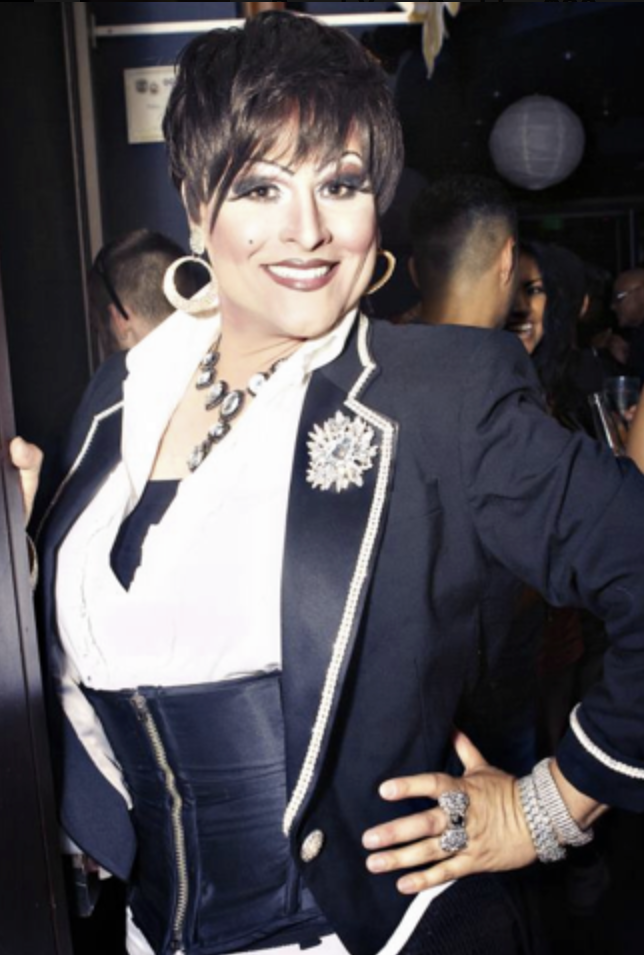 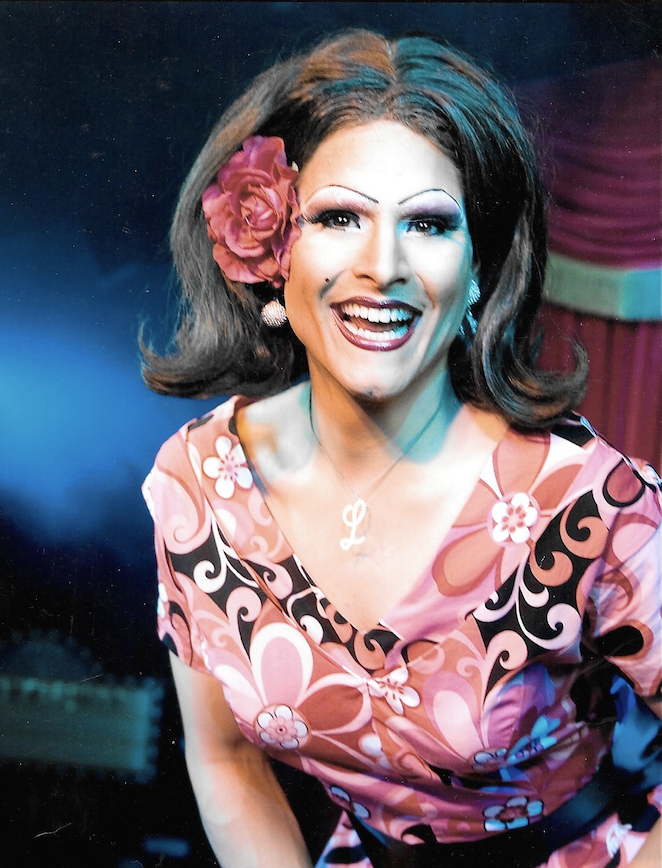