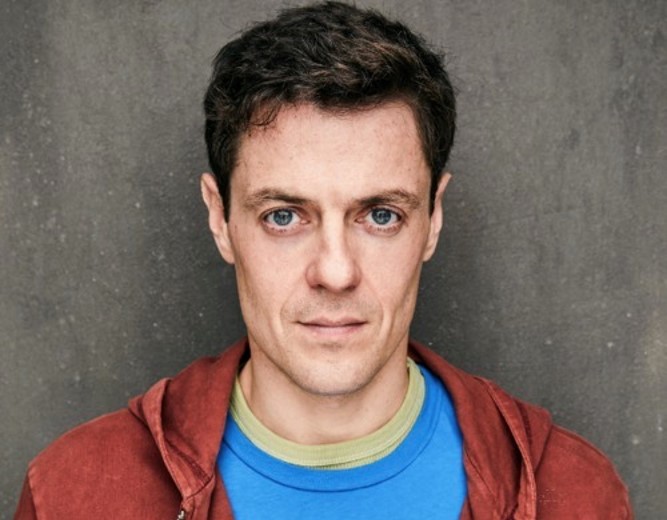 Today we’d like to introduce you to Mark Elias.

Thanks for sharing your story with us Mark. So, let’s start at the beginning and we can move on from there.
I got here today by struggling and failing. A lot. I was raised in Philadelphia in a no-nonsense, hard-working household, the middle child of three brothers, and you had to work for everything you got. So that carried me through the highly competitive Graphic Design program at Penn State University, which eventually got me to Los Angeles and almost immediately into the entertainment business.

In a way it was always meant to be, I just didn’t know it; Since I was young I was writing adventure stories of myself and my brothers, and as a bit of a loner in high school, discovered the early work of Dustin Hoffman and found my way to amazing films like The Usual Suspects, Seven, and Fight Club. Little did I know that would all fuel my love of creating visuals through graphic design and the ability to tell a concise story in a timely manner.

Movie titles began to fascinate me and that was my most basic entry into the entertainment business. From there I went to the Beverly Hills Playhouse, began studying, doing 2-3 scenes a week in class, got a role in a short film my classmate was producing and got headshots — at the time I had never even heard of one!

Needless to say there wasn’t much enthusiasm in my support system for this “career change” but I held on to what I felt from my instincts, and toiled for quite some time without representation, without “family connections” (I’m talking about you, nepotism), without any “know-how” for the biz — did the whole “go to a red carpet event in Hollywood and meet somebody” b.s. which has literally never panned out for anyone, ever, unless you mean the one time I met Danny DeVito and he said “yeah good luck kid” and walked away. Yeah, I still remember that, Danny. Good one.

Then came the slog of like YEARS of workshops, networking, bad plays, emailing casting directors who never write back, sending letters to producers who never write back, tweeting, Facebook, Friendster (just kidding) until finally, I followed the advice of a friend who said: “just write something.” Well, I wrote something, and it’s a great script, but I kept writing for smaller budgets and doable films in the LA landscape, and through classes and time began meeting other motivated individuals.

I teamed up with some savvy friends after having made two web series, The Adventures of Lewis And Clark, and Directions From Here, which I both wrote and acted in, and this time we all crowdfunded the feature film Golden Boy which just came out on Amazon, iTunes, and Google Play a month ago. It was a CRAZY ride, a great story, and even better learning experience: I learned that I can do it and that anything is possible if you want it to be. Forget all the “this is the perfect role for me if they call me in” head games — the perfect role is the one I wrote for myself.

Golden Boy got great reviews on the festival circuit, and not being able to sit still, I got the short film I wrote, Boulevard of Unspoken Dreams in the can and on the festival circuit. While that was happening I wrote two other features, booked some more TV roles, wrote and shot a series of under cover cop sketches called Good Cop Bad Cop, and crowdfunded my second feature, Boy Makes Girl, which is now in post-production. In the meantime I booked a few more TV roles, then started looking for money for my next feature, We Could Be Heroes. Oh, and booked a recurring guest star on the 9-1-1 spin-off for FOX, 9-1-1 Lone Star.

And I just got back from set about an hour ago… That’s literally how I got here.

We are currently shooting season 1 of the show.

Has it been a smooth road?
The road has been anything but smooth — but, there’s no such thing as a smooth mountain. The struggles were and still are very clear: this is LA. It’s impossible to afford to live here. I worked as a freelance graphic designer, being creative and making money not waiting tables. That counted as a victory. It seemed like the harder you try the more someone sees that and pushes you away. It’s weird in LA that way sometimes. People want to be your friend if you can do something for them. Finding someone to believe in you, just one person can make all of the difference… The encouragement to write, the confidence to say “F*** it, I’m making my own material”, the smarts to recognize your own talent and bet on yourself against all odds, and the work ethic to turn an idea into reality, and put it out there — I don’t care how many emails I have to send in order to get a response.

Every “no” gets you one step closer to a “yes.” One thing I feel like can help other people is being a little bit aware… Be aware of the people constantly talking about things they’re going to do, for they spend more time talking to everyone about it than actually doing it. Be aware of the goal you have in mind and don’t let anyone tell you differently. Be aware of those who came here, wanted to do something, and got sidetracked — if your car is out of alignment it will continually veer off course. Having lived for a long time on the street that goes up to the Hollywood sign provided a ton of perspective for me in the rougher times.

We’d love to hear more about your work.
My own production company came from the projects I started creating. I think it’s something that kind of happened all at once but really happened over time — developing a web series, then developing another web series — and seeing, hey these are funny and people are really responding to them — and writing sketches with comedic characters really helped me hone my storytelling skills.

The thing I always think I do well is write characters that are outsiders. Golden Boy, Boy Makes Girl, and We Could Be Heroes, are all ultimately stories of people on the outside looking in, either society or socially or in some way an outcast, and those are the kinds of feelings I think are evident in everything I do — the posters I design, the stories I write, the roles I play. I know I’m just an intense creative always seeking new challenges, and I’ve learned to be okay with that — and embrace it. I’m incredibly cerebral, and I’m not ashamed of it.

How do you think the industry will change over the next decade?
I would love to see the entertainment industry shift to bolstering strong, unique independent films. They’re hard to find and really offer something different in the way of perspective, point of view, and take on life. It’s funny because there seems to be a bit of a change, especially with technology, where an incredibly small independent film can outdo ones that are made for millions of dollars on story alone. And then the middle ground indie films that are actually studio based are (thankfully) fading out… So you have big-budget films and hopefully more and more awesome, celebrated, independent films. 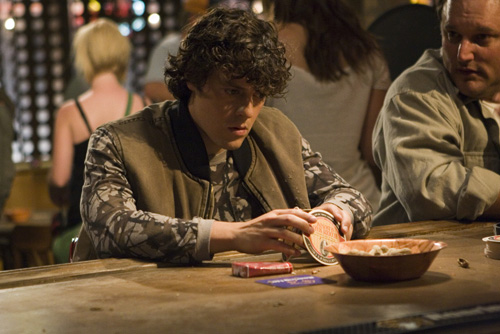 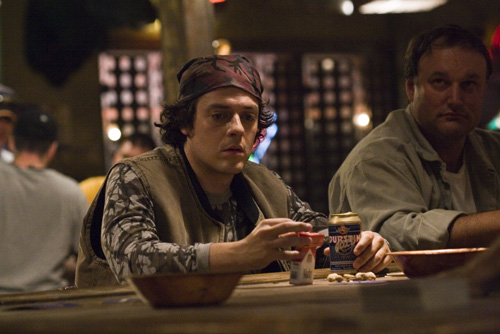 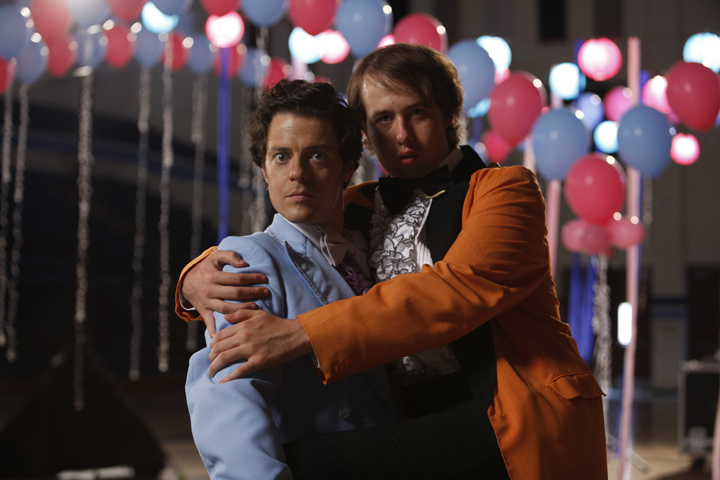 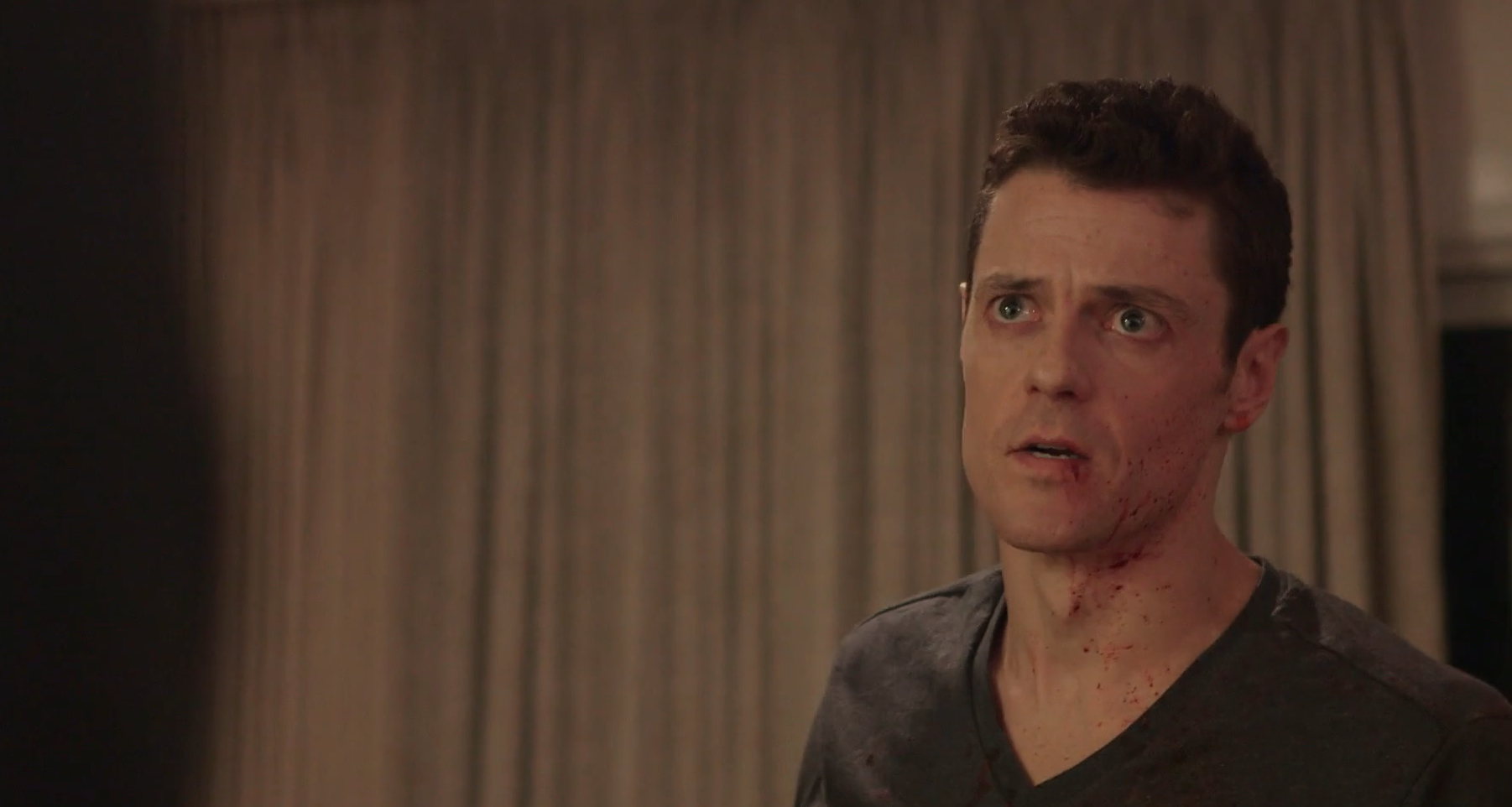 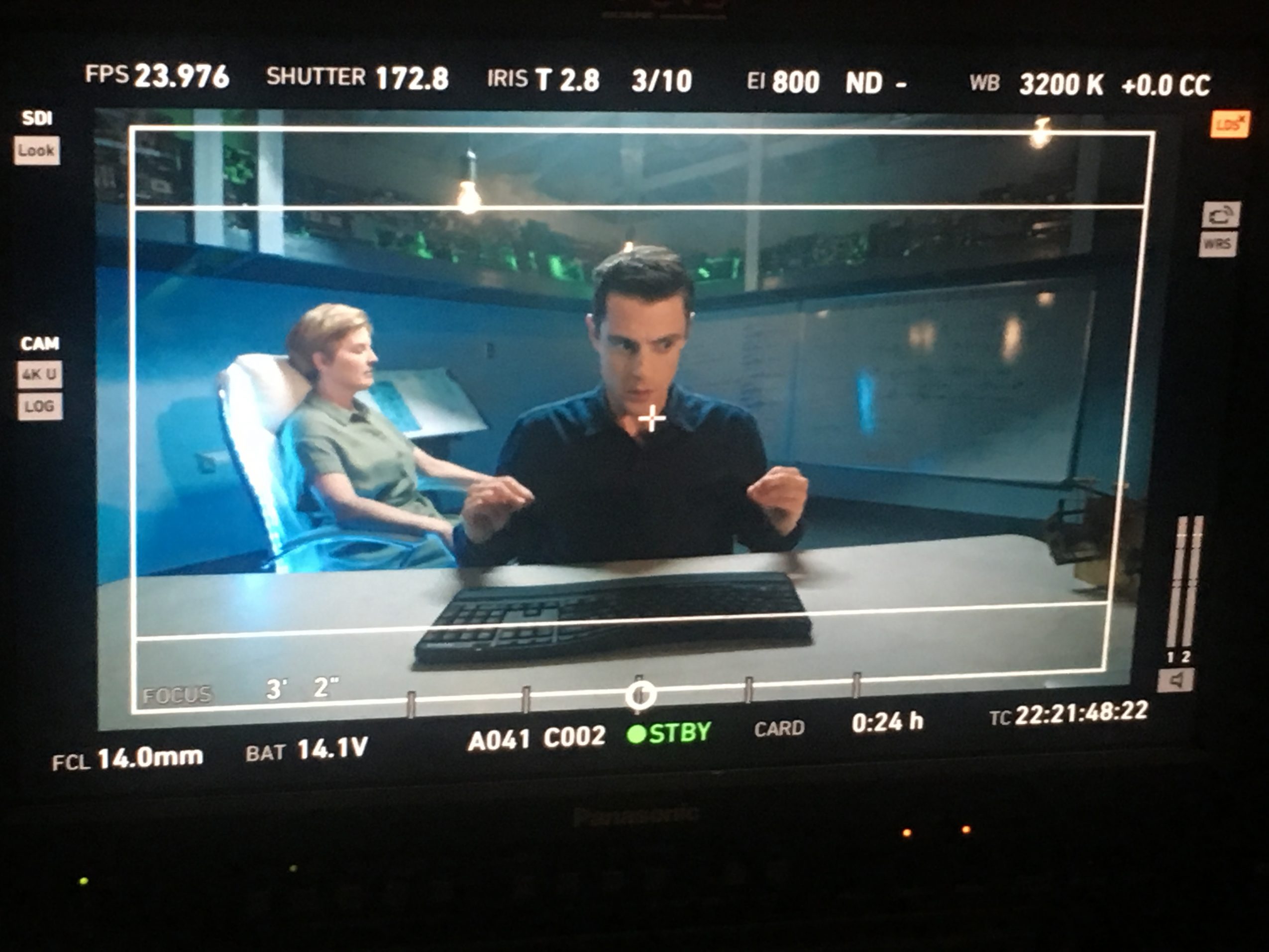 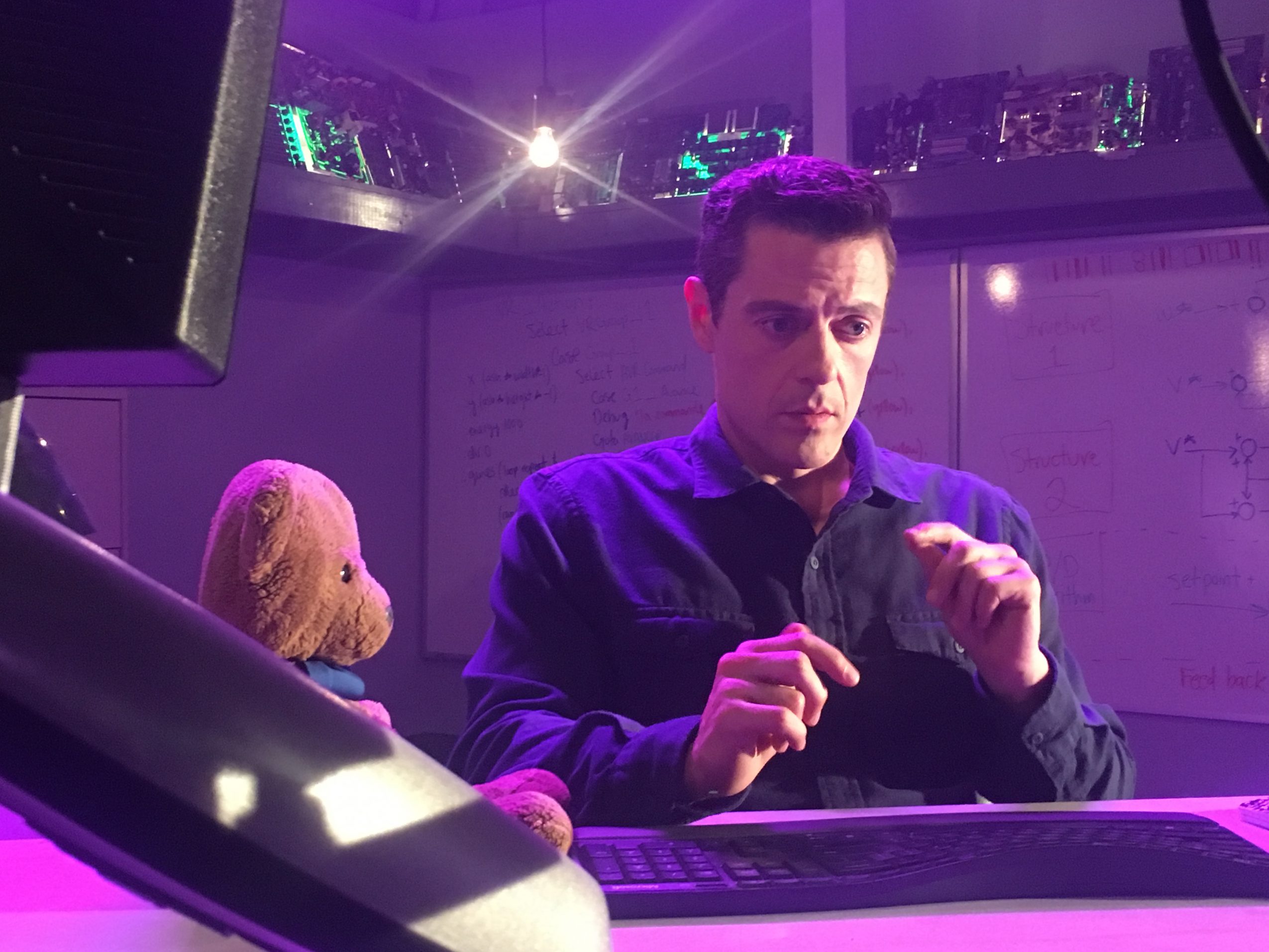 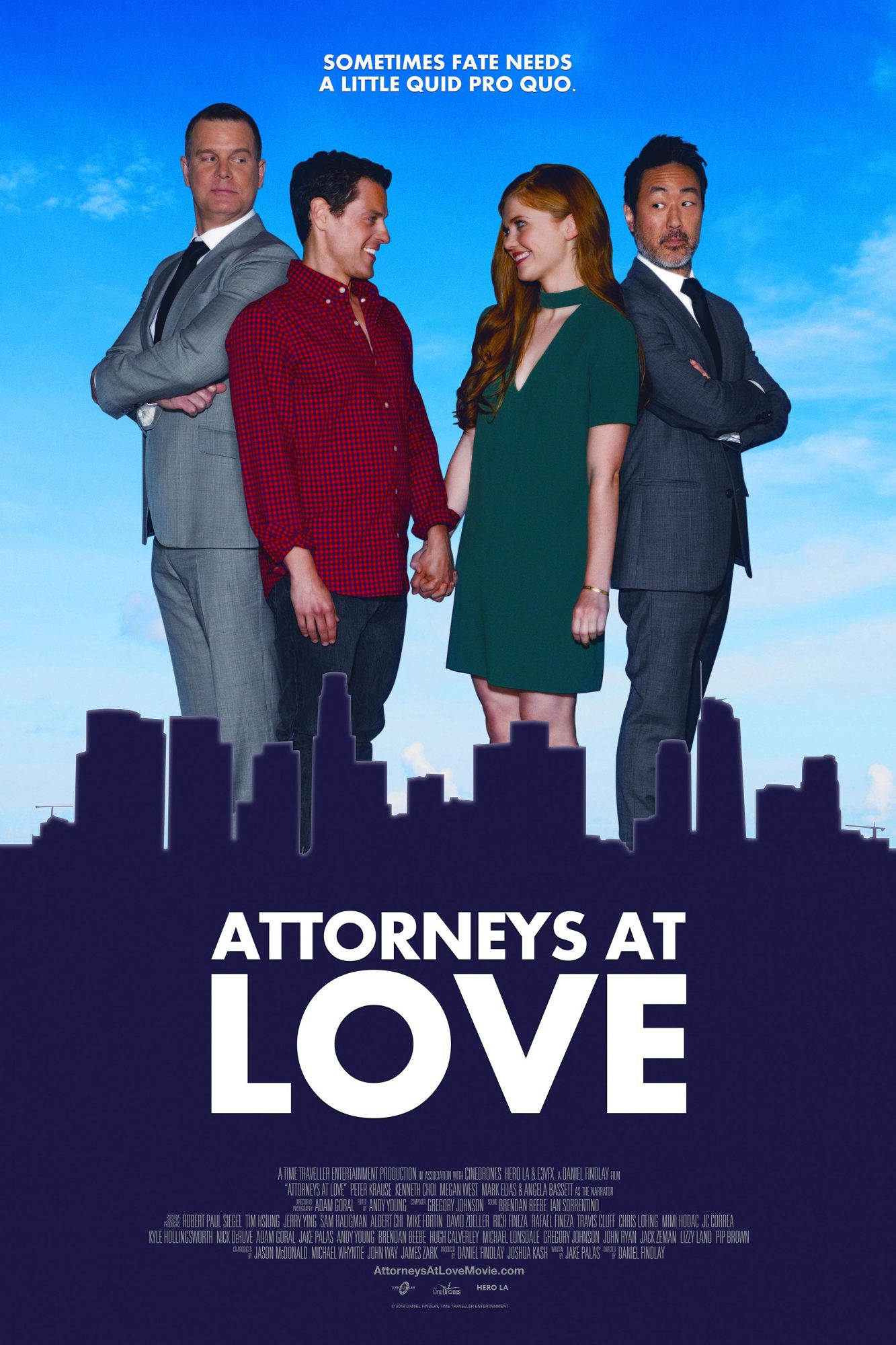 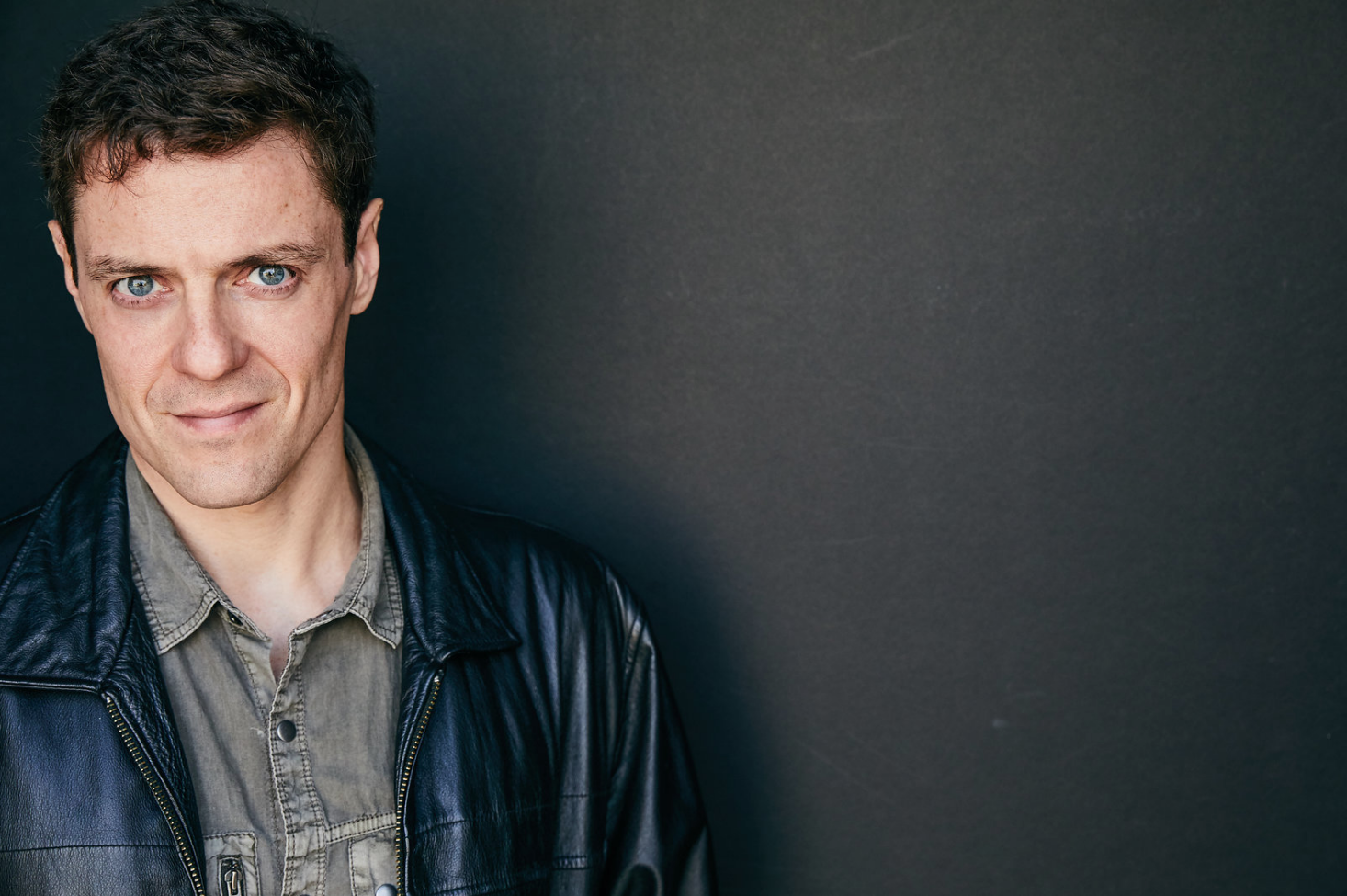 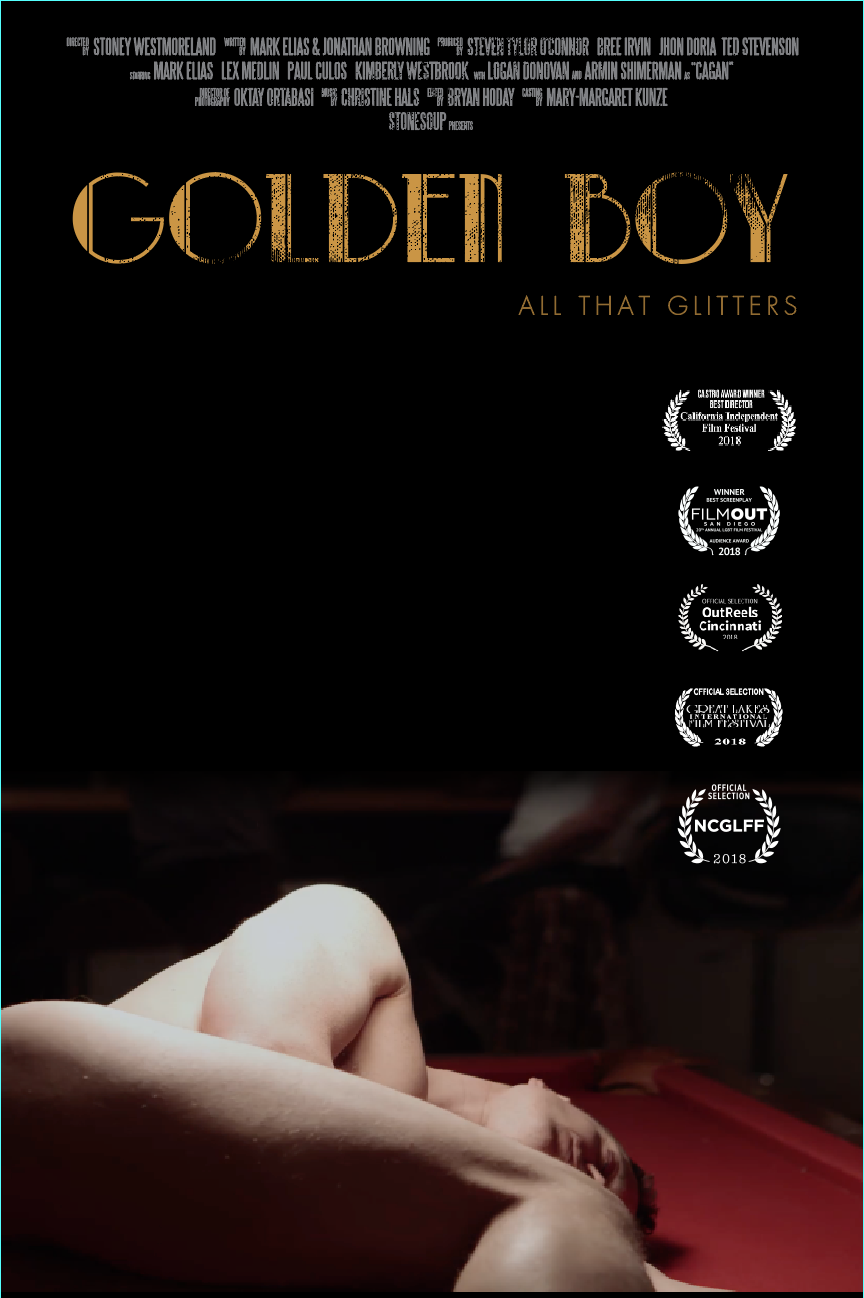 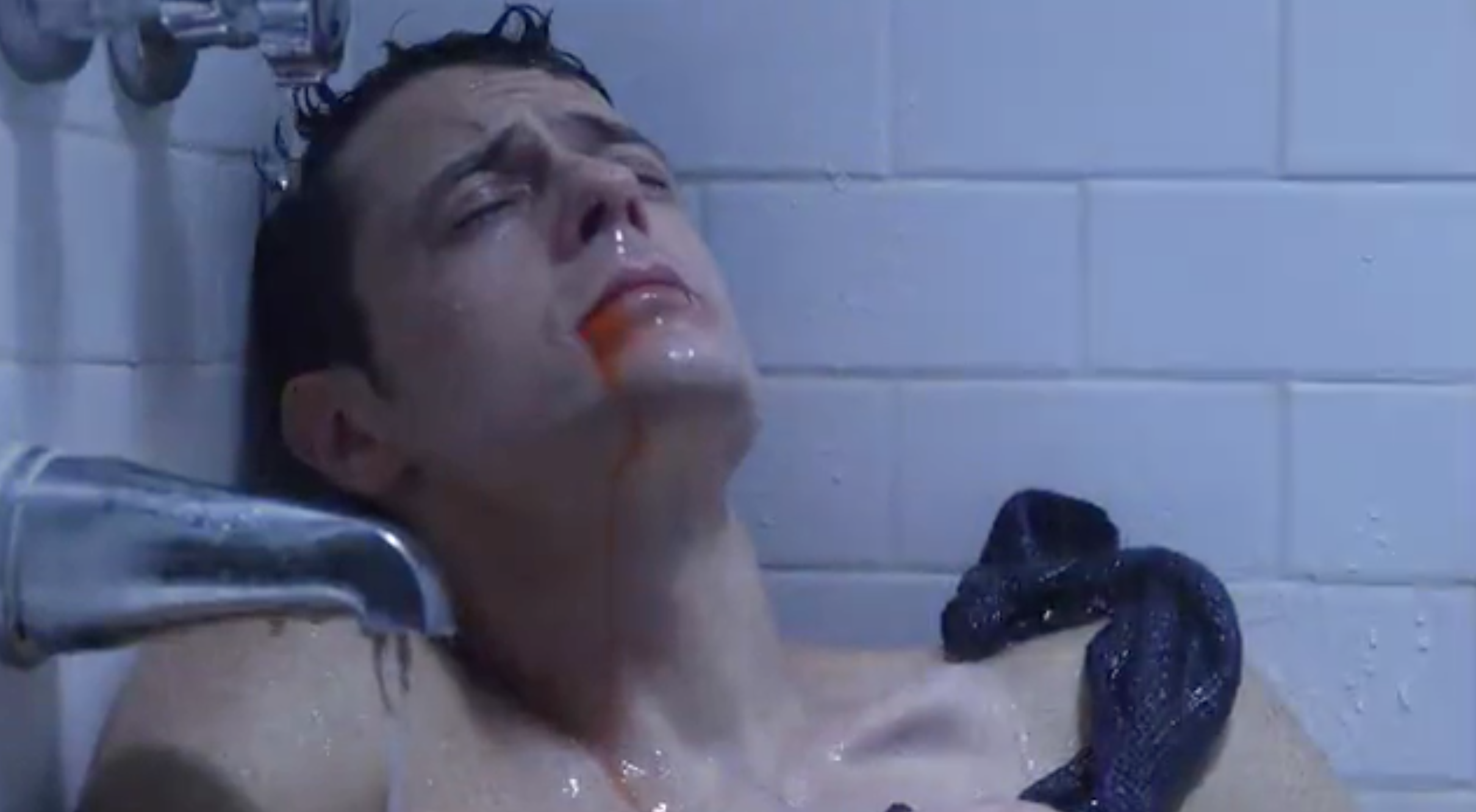 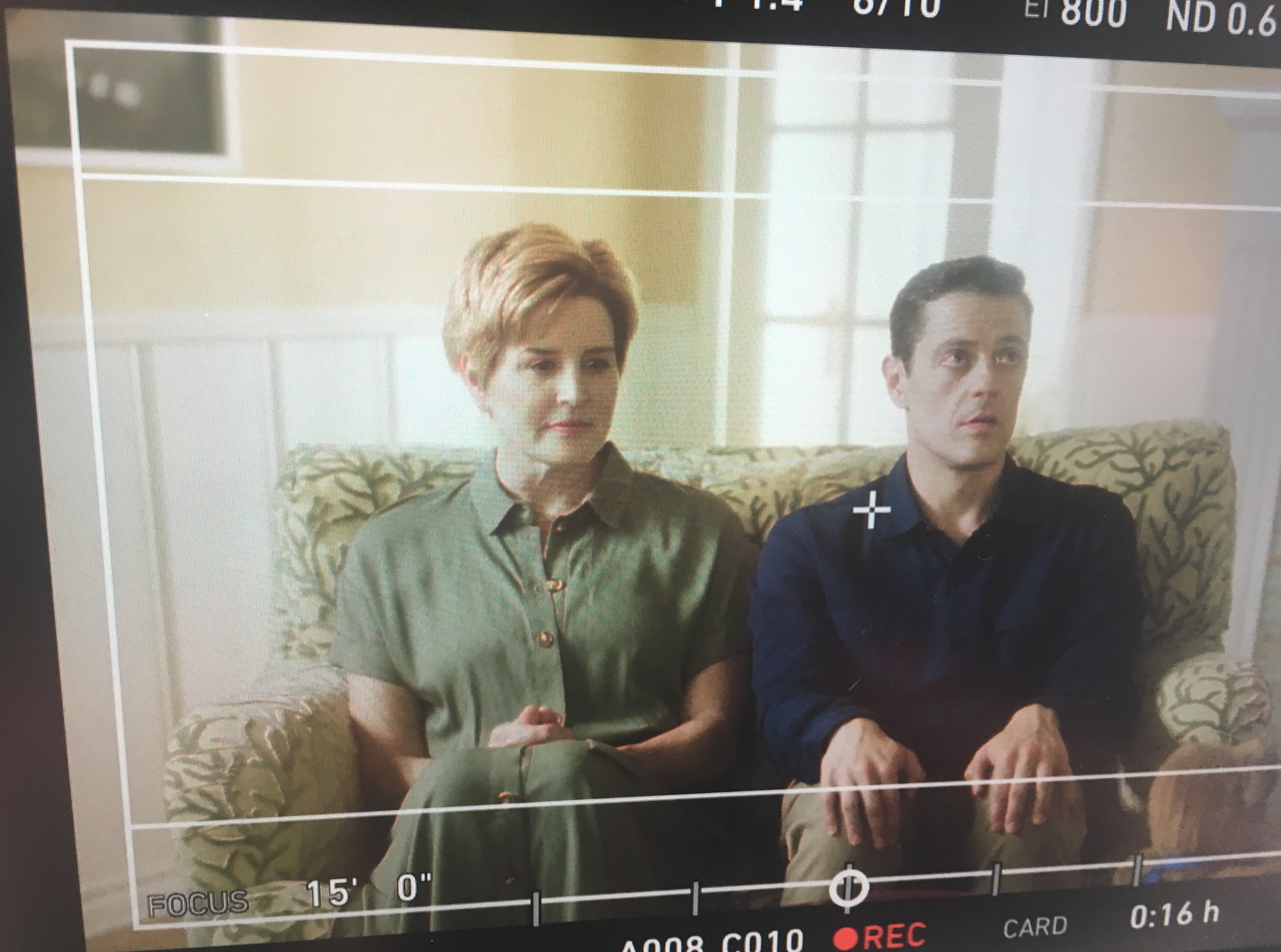 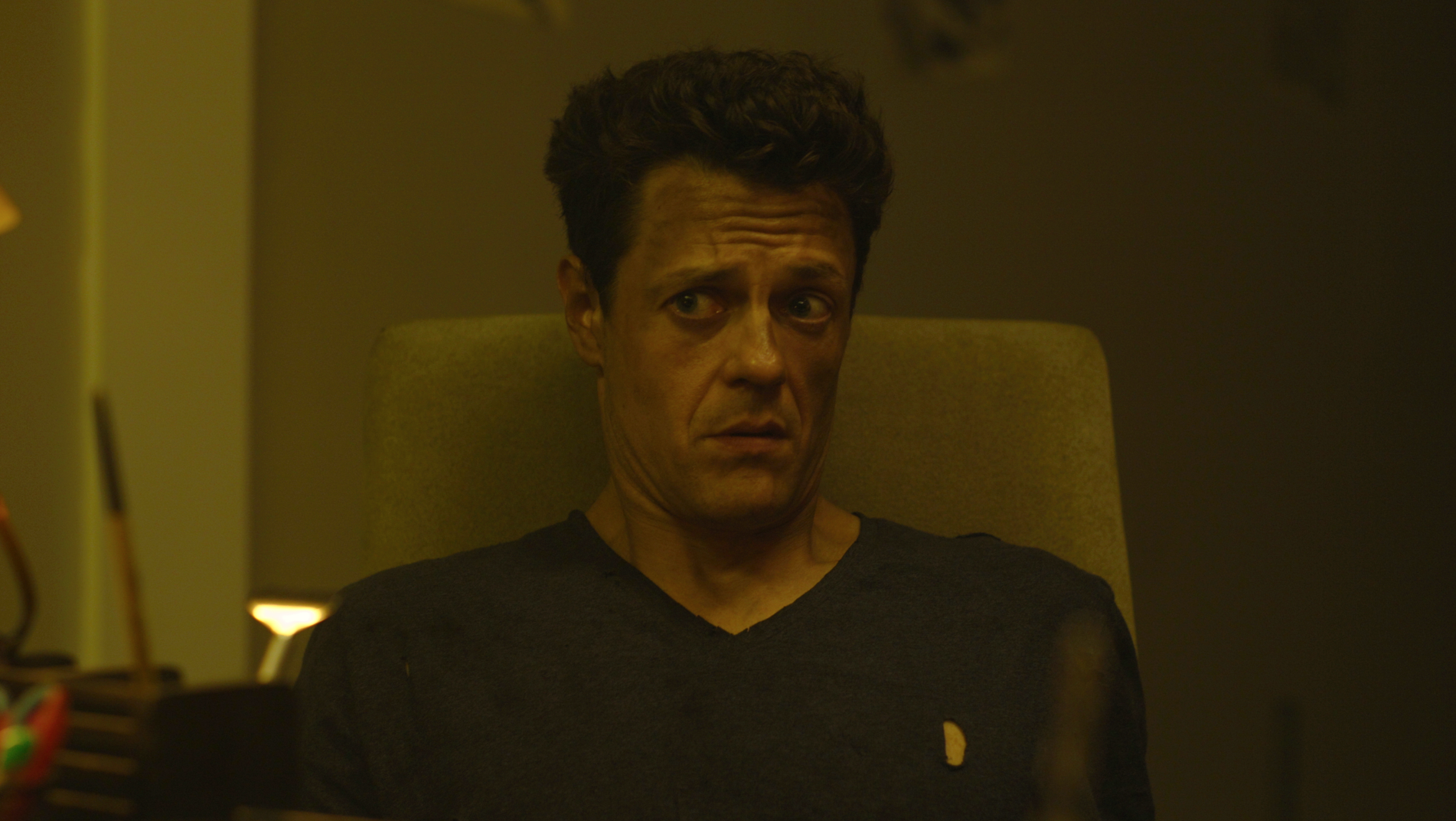 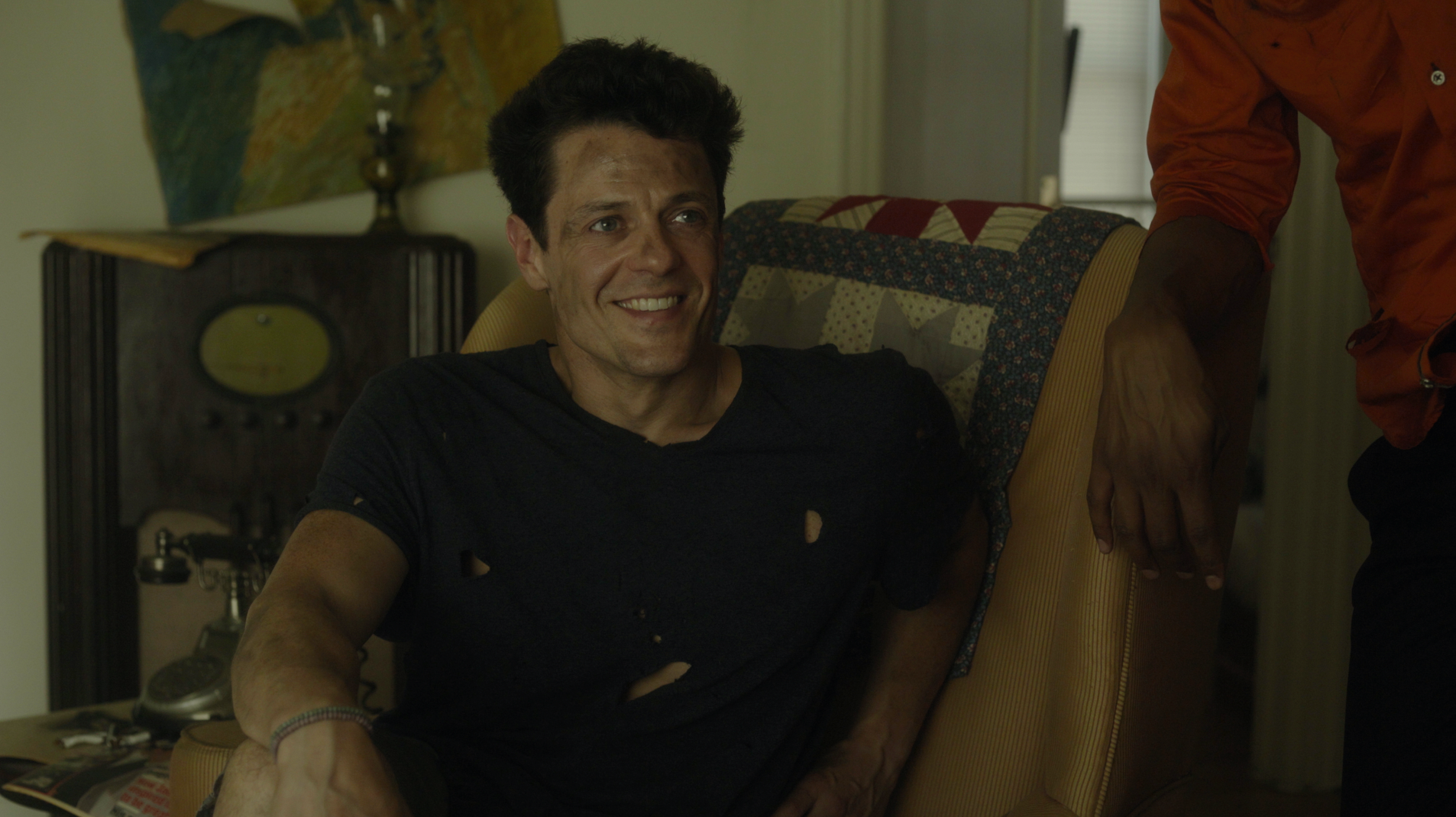 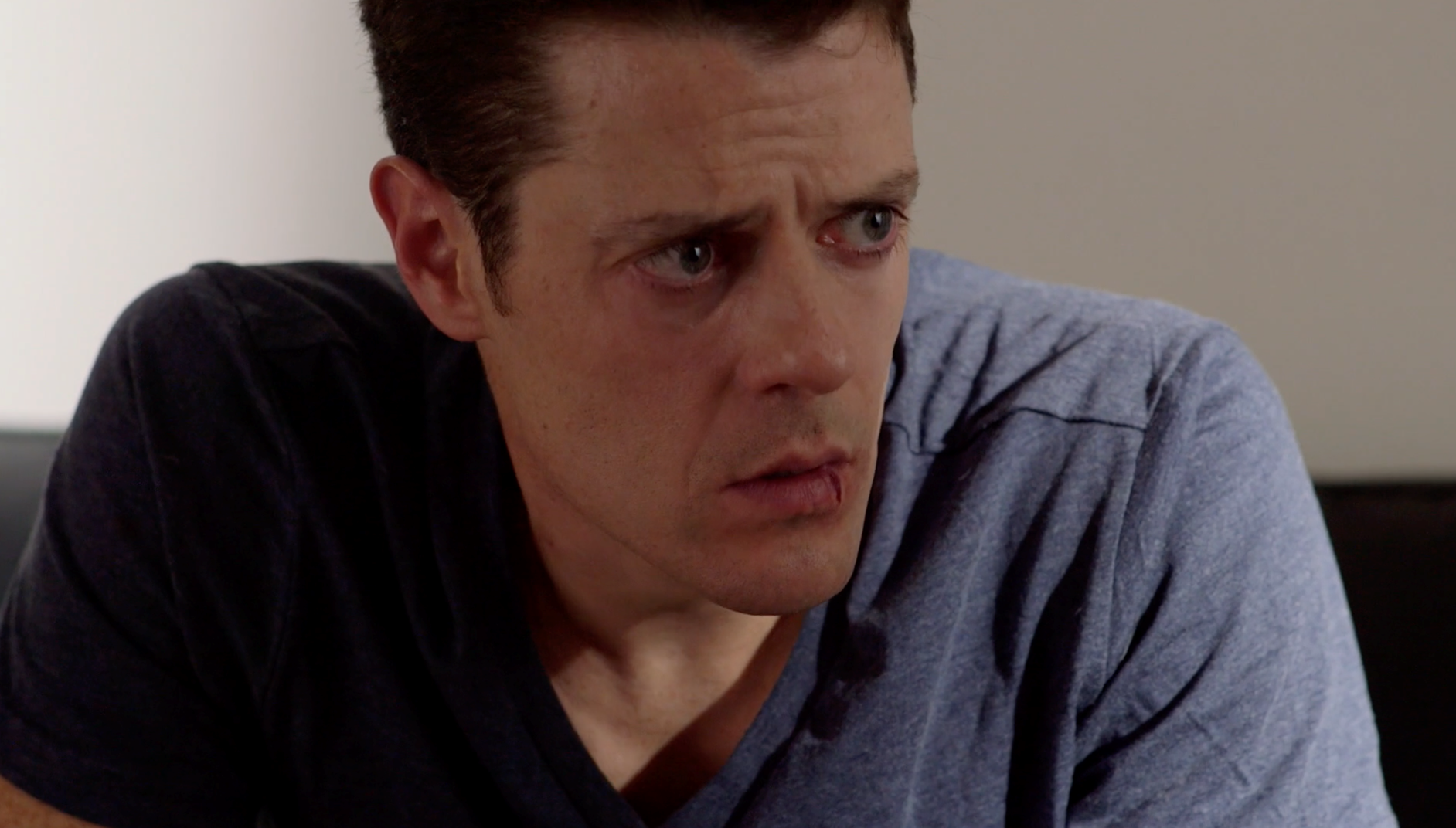