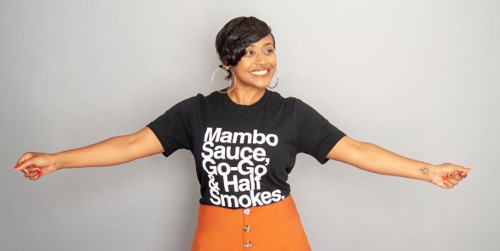 Today we’d like to introduce you to Marjuan Canady.

Marjuan, please share your story with us. How did you get to where you are today?
What I remember the most about my childhood is putting on dance shows in my living room at three years old, studying the choreography of Michael and Janet Jackson, listening to jazz with my dad, attending plays and concerts with my mom, playing sports with my brother, and being surrounded by a strong knit, culturally diverse, black conscious community in Washington, DC.

My parents exposed me to the arts from an early age. I did everything from ballet, theatre, piano and played competitive sports such as basketball, softball, gymnastics, swimming, and soccer. My sense of discipline, competition and a love for the arts began when I was three years old. I also did quite a bit of traveling, beginning when I was six months old and continued throughout my college life. Some of my favorite places I’ve traveled to, studied and performed in are Accra Ghana, Dakar Senegal, Moscow, Russia, Berlin, Germany, Nice, France and Trinidad, and Tobago.

Through traveling, I became an international citizen at a very early age, gaining tremendous pride in my own Trinidadian-African-American identity, community activism, and cultural sensitivity. All of these experiences as a child deeply influenced my work as a business owner and artist. For high school, I attended the Duke Ellington School of the Arts in Washington, DC where I studied musical theatre. Some of the greatest artists and Black cultural icons have graduated from Ellington including Dave Chapelle.

My high school experience changed my life because I not only intensely studied theatre, dance and voice everyday until 9 pm (this is where my work ethic really was shaped), but I became knowledgeable both academically and artistically on black cultural arts contributions to the world, and I truly saw the power art had to change lives and communities.

Today, over 50% of my business partners and colleagues are still my high school friends. I then went on to attend Fordham University Lincoln Center in New York City where I received my B.A. in Theatre Performance and African Studies and then later attended New York University’s Tisch School of the Arts where I received my M.A. in Arts Politics.

My experiences in New York shaped me as an artist as I began writing, producing and performing my own work while sharpening my skills as an artist-scholar and community activist. After seven years of living in New York, I moved to Los Angeles where I engulfed myself into the film industry, learning about the film industry both in front and behind the cameras by working on set, collaborating with LA artists and taking the time to build my work.

From 2010-2015, I was building my first two creative pieces, “Girls! Girls? Girls.” (one woman play and documentary film) and my children’s media brand, “Callaloo Kids” which transformed my life as an artist-entrepreneur. These two creative projects, showcased me skills to the world as a multi-talented performer, writer, producer, director and educator which allowed me to work with larger companies such as Sesame Street, Kennedy Center, Lincoln Center, Washington Nationals, Ryan Seacrest Foundation and many cultural museums, theatres, arts organizations and colleges worldwide.

What most people don’t know is that I began writing my award-winning children’s series, “Callaloo Kids” on my living room floor in my apartment in Koreatown, Los Angeles. I decided to leave Los Angeles in November 2014 to build my businesses in my hometown of Washington, DC.

Has it been a smooth road?
Creating and sustaining multiple businesses, being a working artist and juggling life has not been an easy path. In the early stages, it was difficult finding the time to commit to building my businesses while working multiple jobs just to pay bills.

I often times struggled with just believing in myself and my ability to create my own work and run my own businesses. I also had to sacrifice a lot of personal fun in my twenties and even some relationships, to focus on my companies.

There were many long days and nights, working for free, grinding the pavement and re-investing back into my businesses in the first five years. All the struggles are worth it in the end because I get to wake up and do what I love, live a purposeful life and really effect change.

We’d love to hear more about what you do.
I am a director, writer, producer, performer, entrepreneur and arts educator in both film and theatre. I have two businesses, my production company, Sepia Works and my non-profit, Canady Foundation for the Arts. Sepia Works is a multi-media production company and arts consulting agency that produces live and digital stories with people of color at the center of the story. We also provide creative consultation for clients including project development, marketing, and branding, distribution strategy and pre-production, production and post-production services.

In the last nine years, we have produced films, plays, exhibitions, and the award-winning children’s brand and book series, “Callaloo Kids.” The “Canady Foundation for the Arts” is a cultural arts 501(c) 3 non-profit organization that educates, empowers and implements innovative arts and media programs for youth of color. CFA aims to enhance social-emotional development as well as work-life balance skills to affect students and their community positively into adulthood.

Our mission is to transform at-risk youth of color and vulnerable populations to become change agents for their own communities through cultural creativity, citizenship and scholarship and entrepreneurship. I’m proud that my companies have been able to deeply enhance international communities of color, from the young to the old, through creative live shows and films and educational and outreach initiatives.

What sets my companies apart from others is that we are invested in telling stories of the African Diaspora with people of color, women, and millennials, being the key architects in crafting those stories while simultaneously educating youth of color in the process.

Is our city a good place to do what you do?
I’m no longer based in Los Angeles, but while I was living in Los Angeles, my businesses expanded tremendously through the vast amount of networking and professional opportunities in the city. 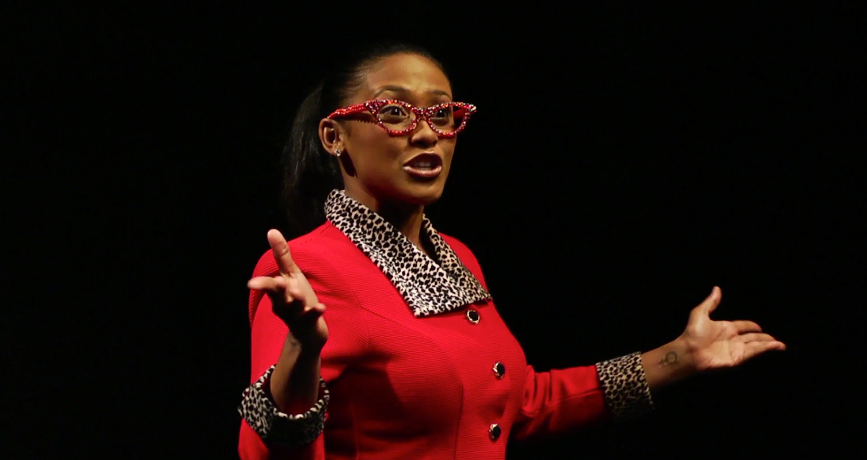 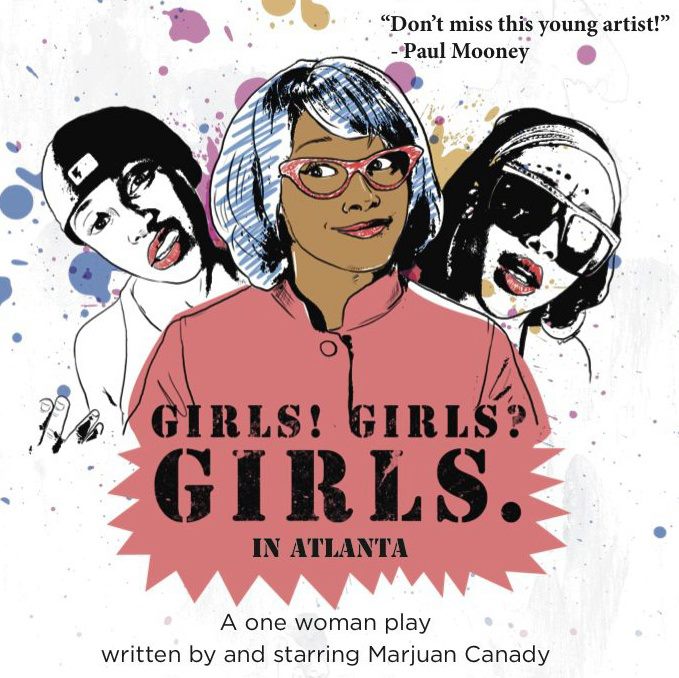 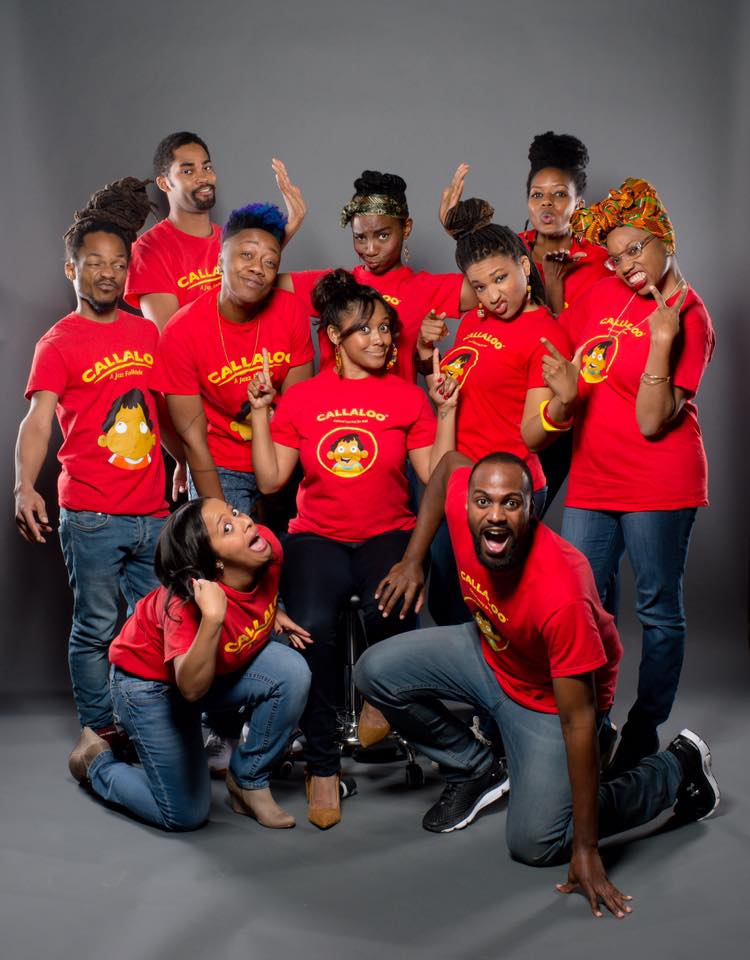 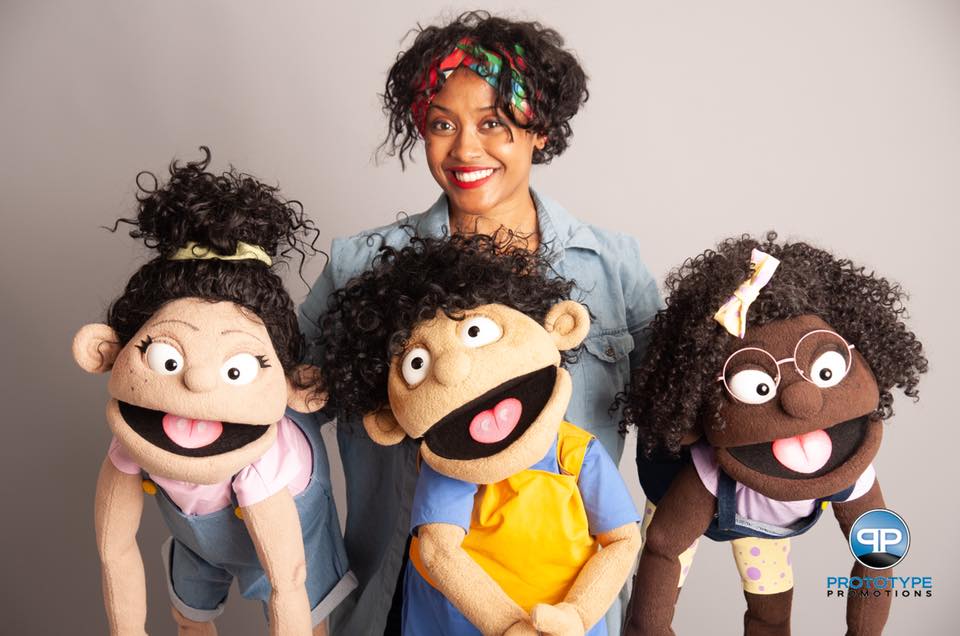 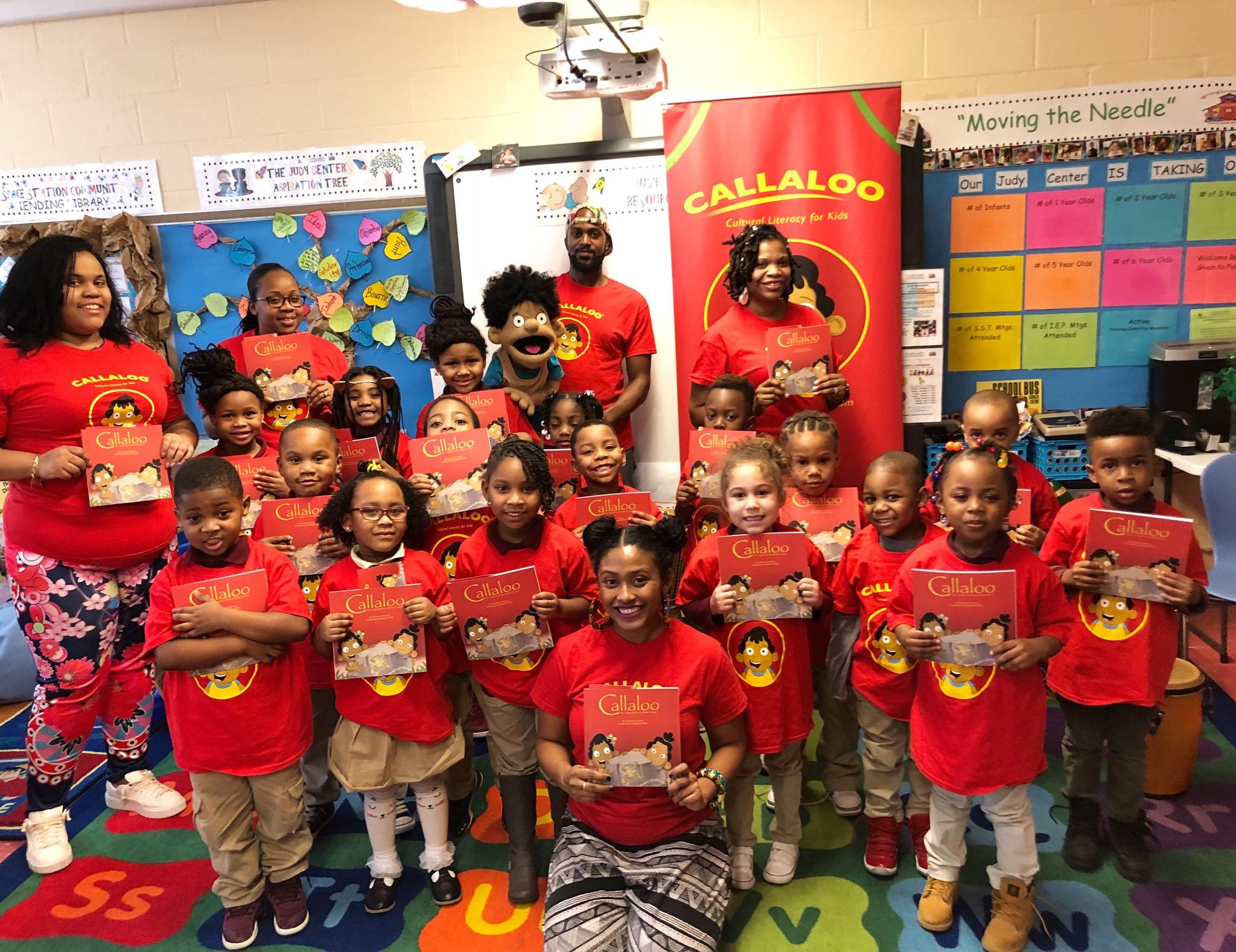 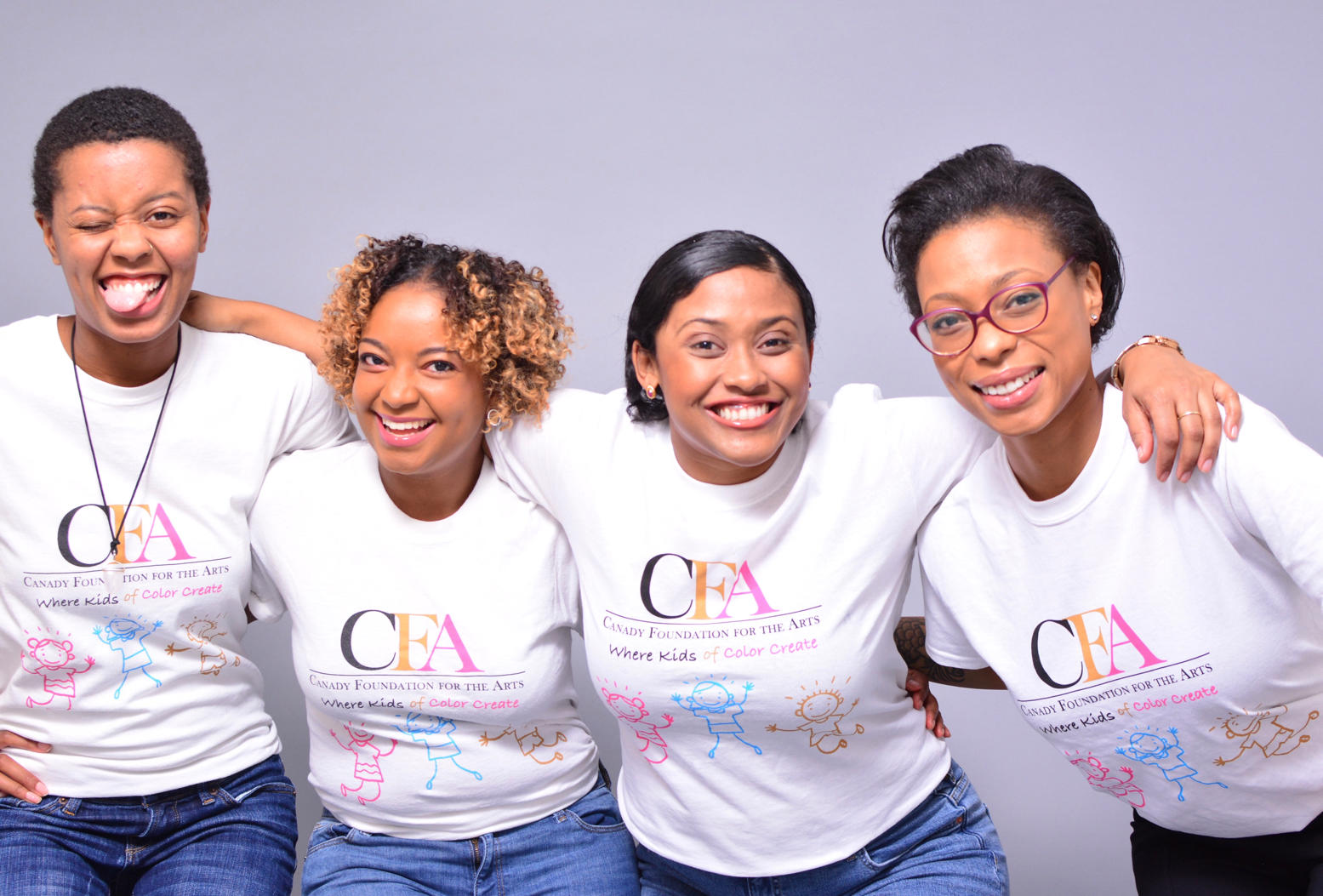 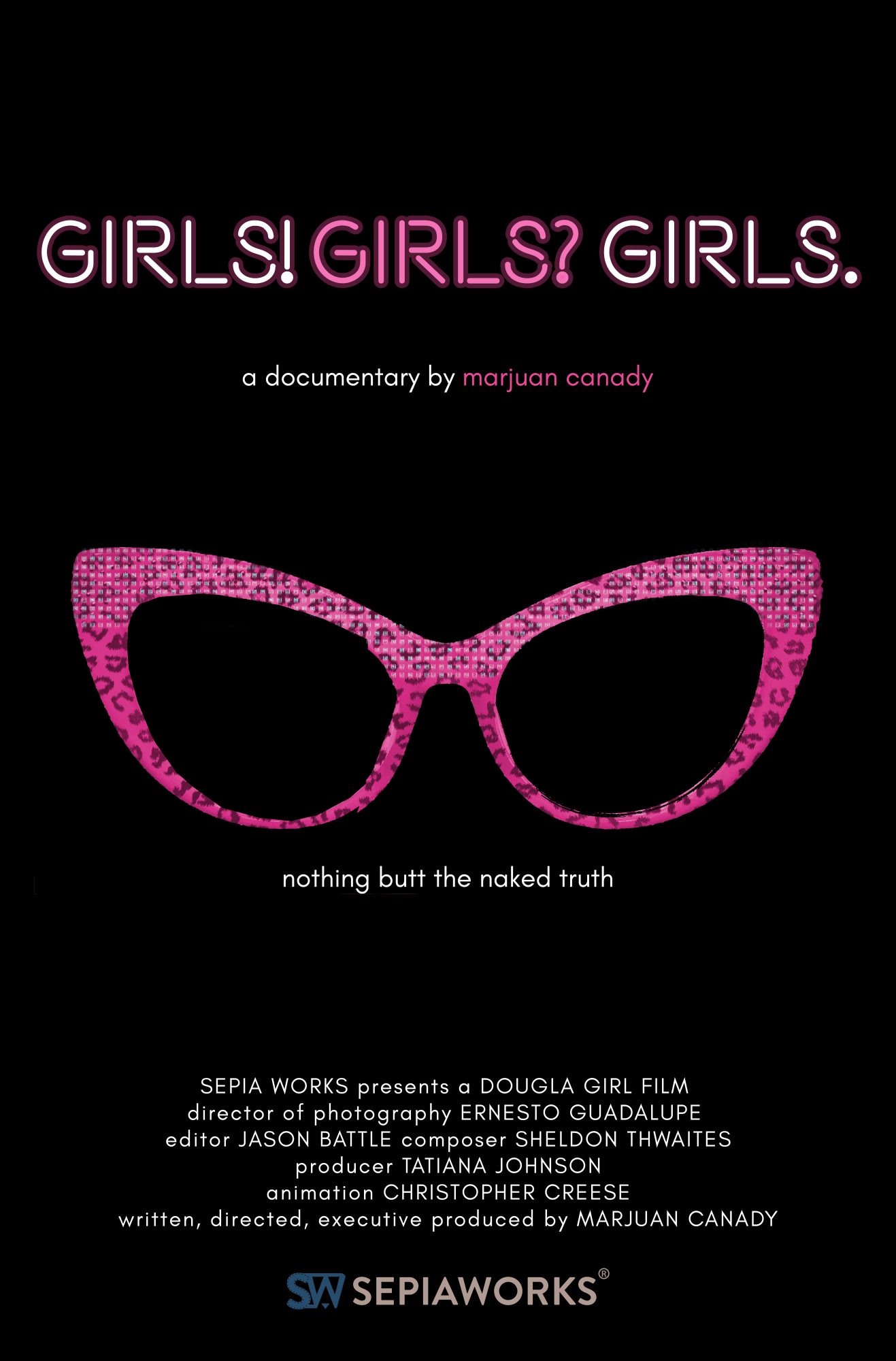 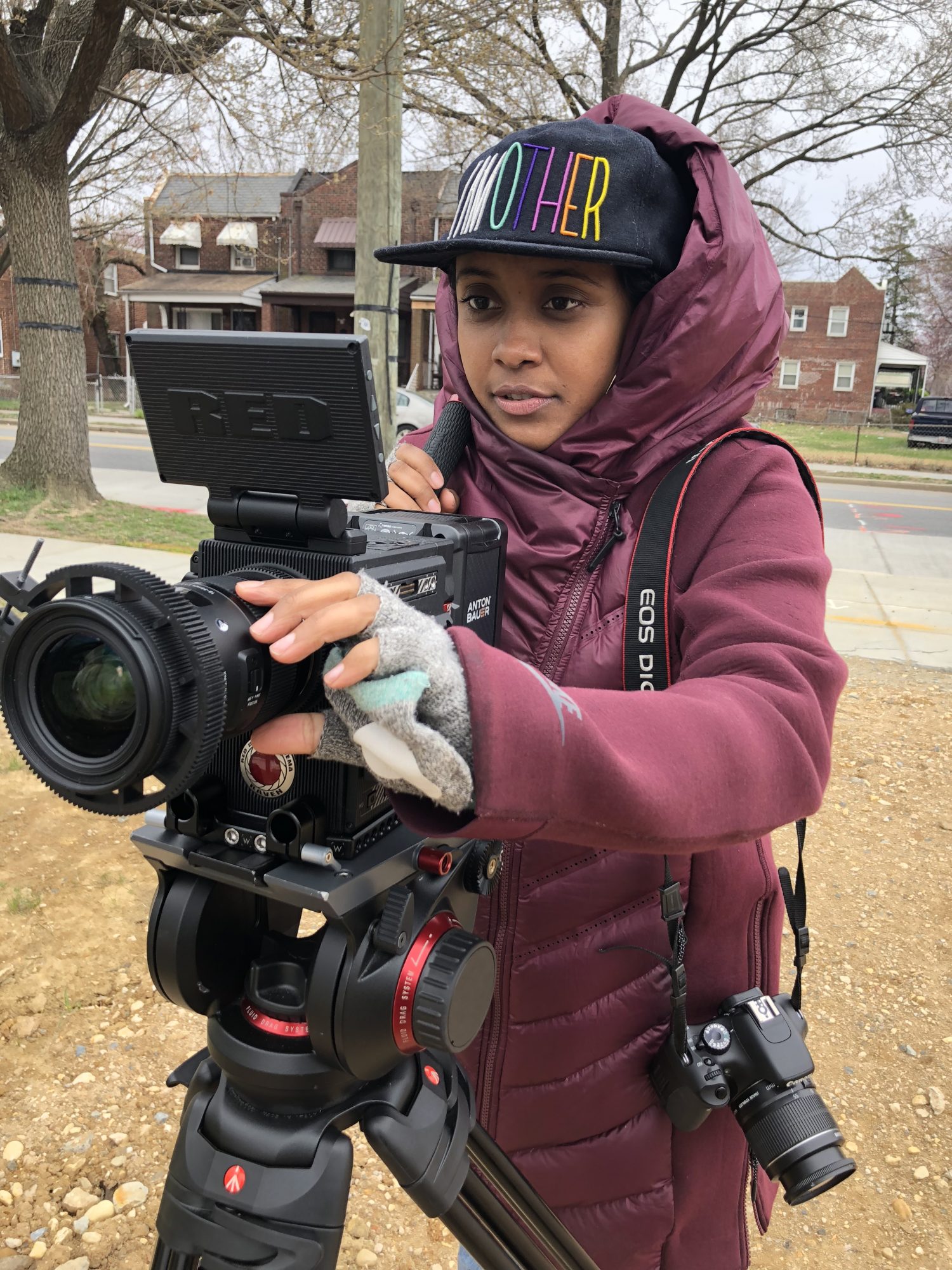 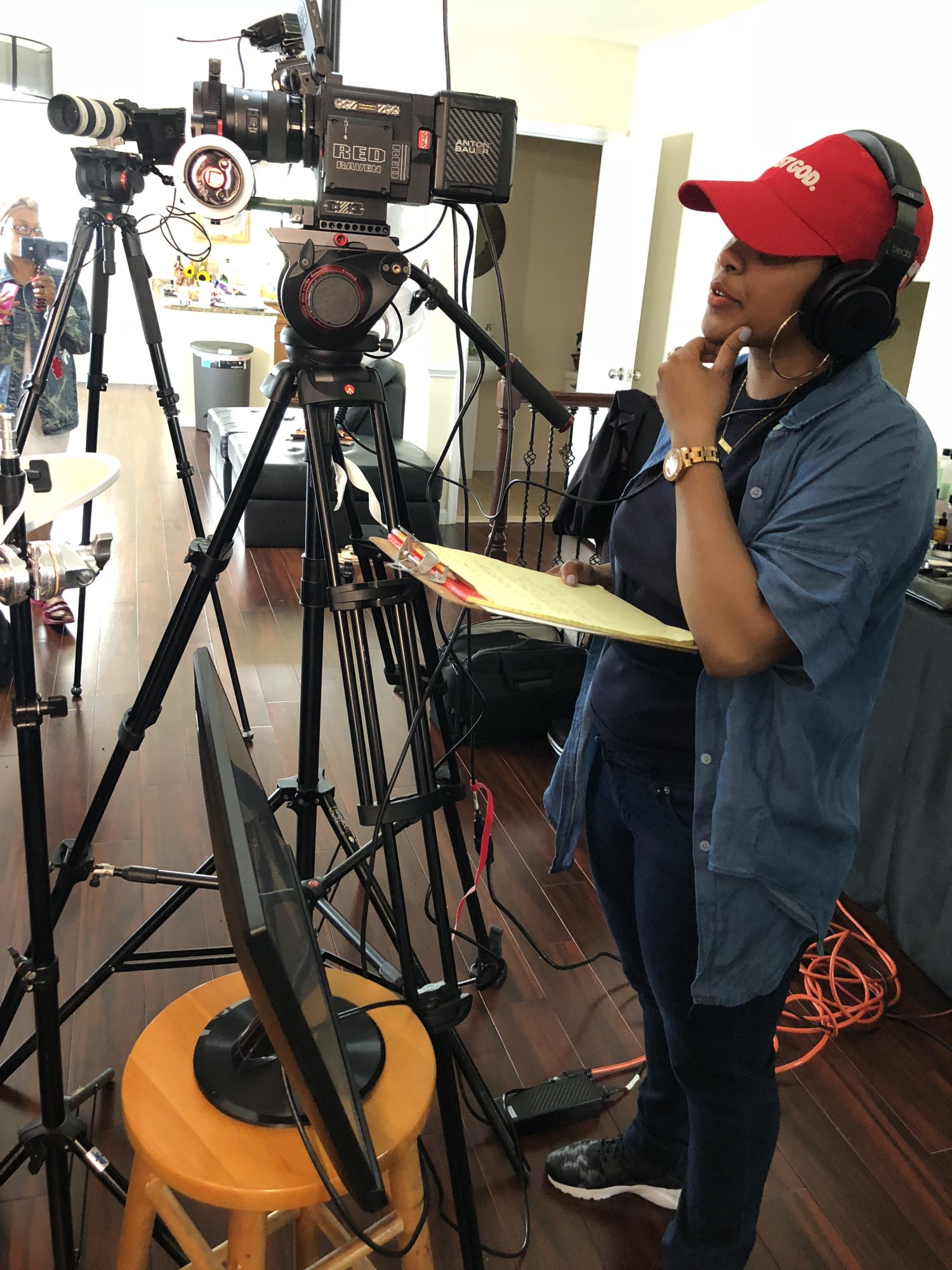 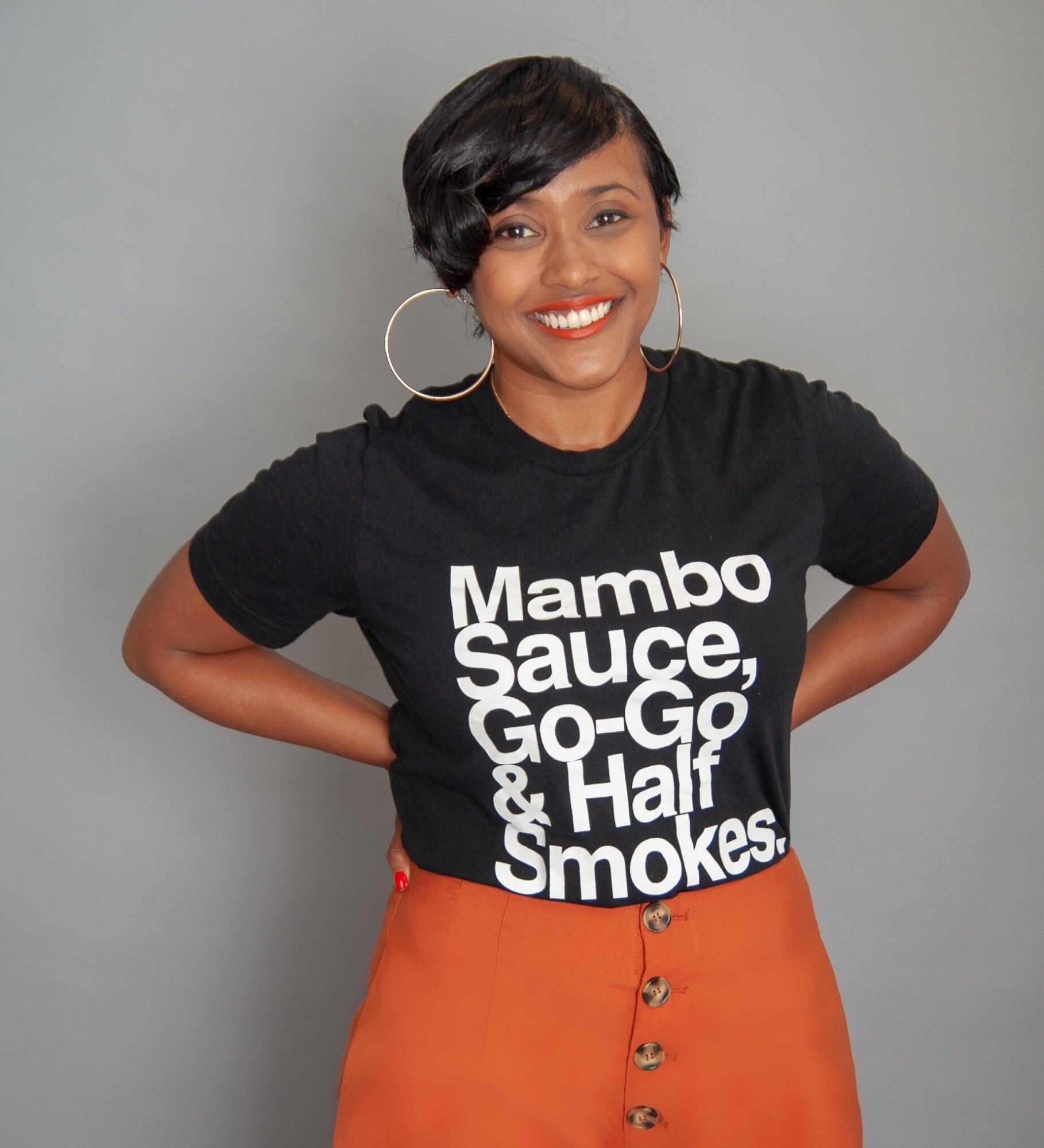 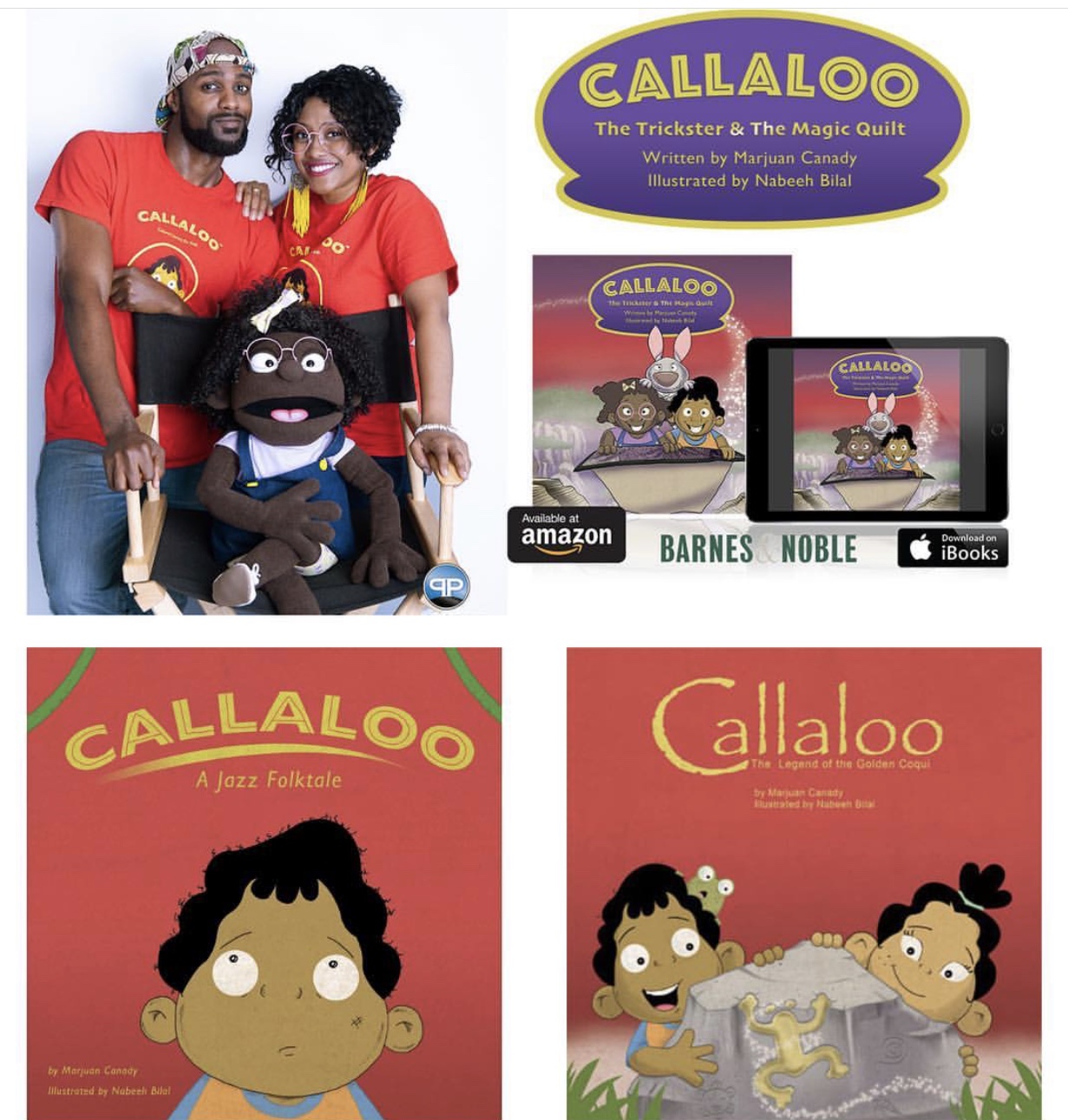 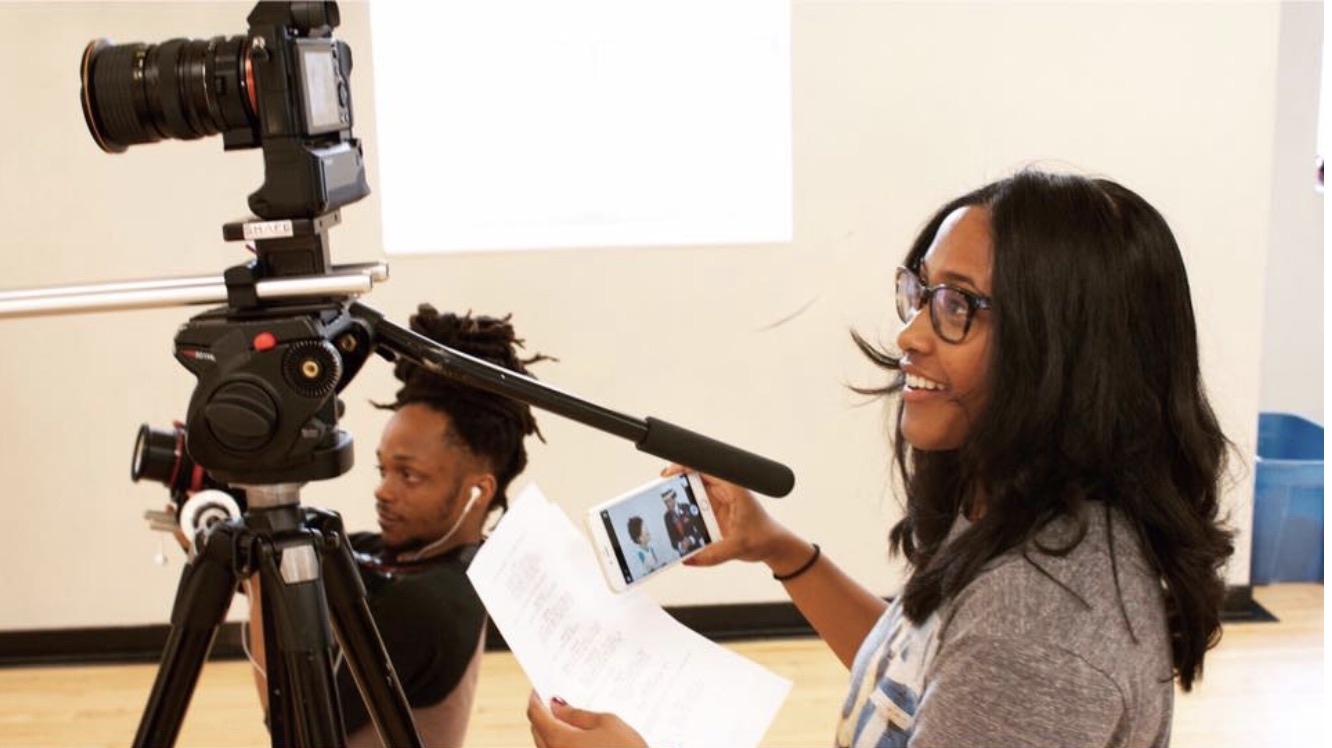