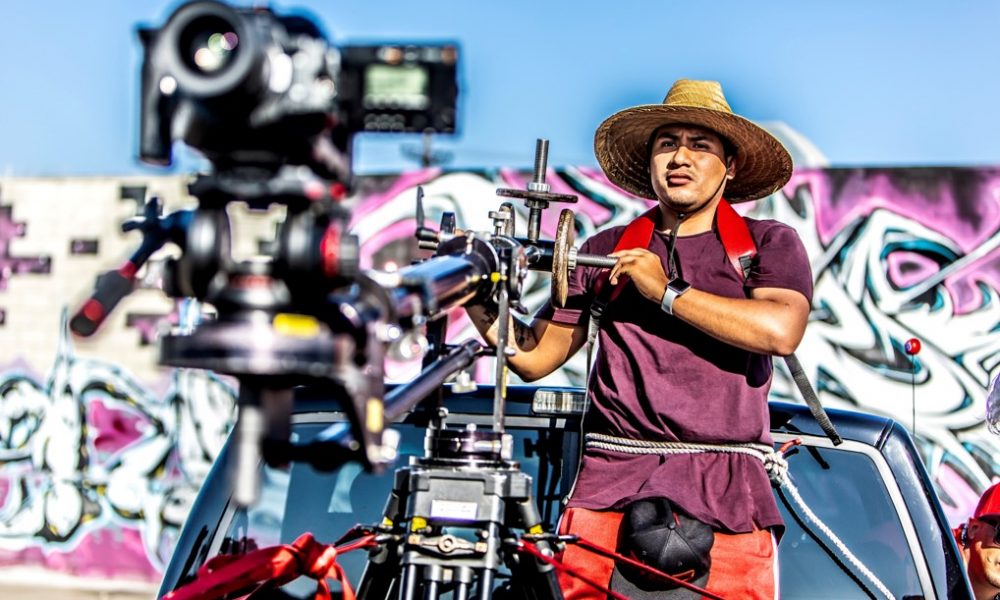 Today we’d like to introduce you to Mario Oros.

Mario, let’s start with your story. We’d love to hear how you got started and how the journey has been so far.
I was 17 years old, raised in a small town called Woodlake CA. As a small town kid, there was not much to do, you were either outside causing trouble, sports or at home bored. In my case, I liked to dance and compete as a hobby until one day my mom got a small digital camera as a gift and I ask to borrow it to create a small video clip of my friends.

It was that day that I realized that filming was something that I really enjoyed. I kept doing it, almost every day little by little I started developing more skills but I feel that I always had the vision, as soon as I was able to get some money I bought my first canon T3i and an HP laptop and for years I studied the art of photography and cinematography in my room looking at YouTube videos, as an immigrant I couldn’t get any financial aid from art schools or any colleges and my mom and I couldn’t afford to pay thousands of dollars for school.

Time passed, and I was now 21 years old, it was this year when my mom gave me the best gifts of all, my green card. While trying to balance a full-time job and my passion I knew the Central Valley was not the place for me, I had been eager, hungry and ready to do so much more for too long and I was not going to let anything stop me, so I dropped everything I had including my job, apartment even some of my belongings and I put my clothes, camera, and laptop in my car with only $500 dollars in my pockets I headed south to Los Angeles to make a new life.

I enrolled at the Art Institute of Los Angeles and found my self a part-time job, it was very hard at first, and I missed my family and friends, but I knew it had to get done. At that school I started making connections in the film world, and little by little I started getting on different sets and shooting for people, I made it my job to ask people if they needed any PA’s onset and never denied any help, I wanted to grow and learn as much as I could as fast as possible. Seeing a bunch of young kids at a college and me as a 21-year-old student I knew I had to catch up and quick.

My connections and knowledge started growing, unfortunately, things didn’t work out at Art Institute LA, and I was forced to move to The Art Institute of Hollywood, things got better and between freelancing and my part-time job I thought things were okay, but I still didn’t feel that I was giving my full potential, I was now 24 years old and I felt like time was running out, it was here when I was approached with my next big decision. I was approached by a Record Label/Studio company, I was recommended by one of my roommates who at the time had connections inside the company and who I had just filmed a couple of music videos for.

I went in for an interview, and they made me an offer they wanted me in, but not as a filmmaker but as a graphic designer since at the time there were no openings for that, I was faced again with a very difficult decision, but I knew there was only one way to get to the top, and that was climbing so I accepted the offer and for the second time I dropped everything I had built, I quit my manager job and left school early to chase the opportunity that I was waiting for.

Eventually, I made it to the video production department and thanks to all the past connections that I had built over the years I am now producing, directing and DP’ing large production music videos, I’m able to look back now and see how every little and big decision has brought me to where and who I am today and wouldn’t change it for anything, I’m excited for the future now because I know no matter what comes next it will only be one more lesson learned and one more decision made to make me into who I need to be.

We’re always bombarded by how great it is to pursue your passion, etc. – but we’ve spoken with enough people to know that it’s not always easy. Overall, would you say things have been easy for you?
The road has not been smooth, the film industry is very competitive, and you always need to bring new ideas to the table. I wouldn’t say I had struggles but rather setbacks, not being able to move out of home sooner, not having a green card at an earlier age, not being able to get a better camera because of money reasons those were all setbacks for me, but I knew it was just a matter of time before I could reach my goals.

Tell our readers more, for example, what you’re most proud of and what sets you apart from others.
I’m a Cinematographer/Producer/Director based out in Los Angeles.

As a producer I focus on overseeing the project, managing the budget, hiring a crew and overall making sure the project gets done on time and on budget.

As a Cinematographer I work close to the director focusing on the look for the music video and in charge of the camera and light, the lens, camera and light that need to be used in order to create the feel that the director is looking for and as a Director I focus on the major aspects of the video making most of the major creative decisions of the music video, working closely with the artist to give them a product they really like.

I like to specialize in Cinematography, but the company I work for moves very quickly and I have to take on multiple tasks at once which allows me to do more of producing than cinematography, either or I love all aspects of production.

I work in the Mexican Regional Industry, and I’m proud that my team and I have been able to evolve the visuals in that gender, we can slowly see how many are starting to bring new styles and ideas to the table, and it only pushes us to keep moving forward.

Have worked with big artist in the Mexican Regional world as Gerardo Ortiz, Ulices Chaidez, Lenin Ramirez, T3R Elemento, Jose Manuel and more I’m excited to see what new visuals my team and I will be creating for future artist.

So, what’s next? Any big plans?
My plans for the future are to keep growing as a filmmaker and as a person, keep evolving the gender that I’m in and any other that I have the opportunity to work on, and of course always keep learning and teaching from what I know.

I have many projects coming up, but I cannot talk about them yet, but if any of you are interested in my future projects to check out my Instagram page @mario_oros, I always respond to any questions if you have any. 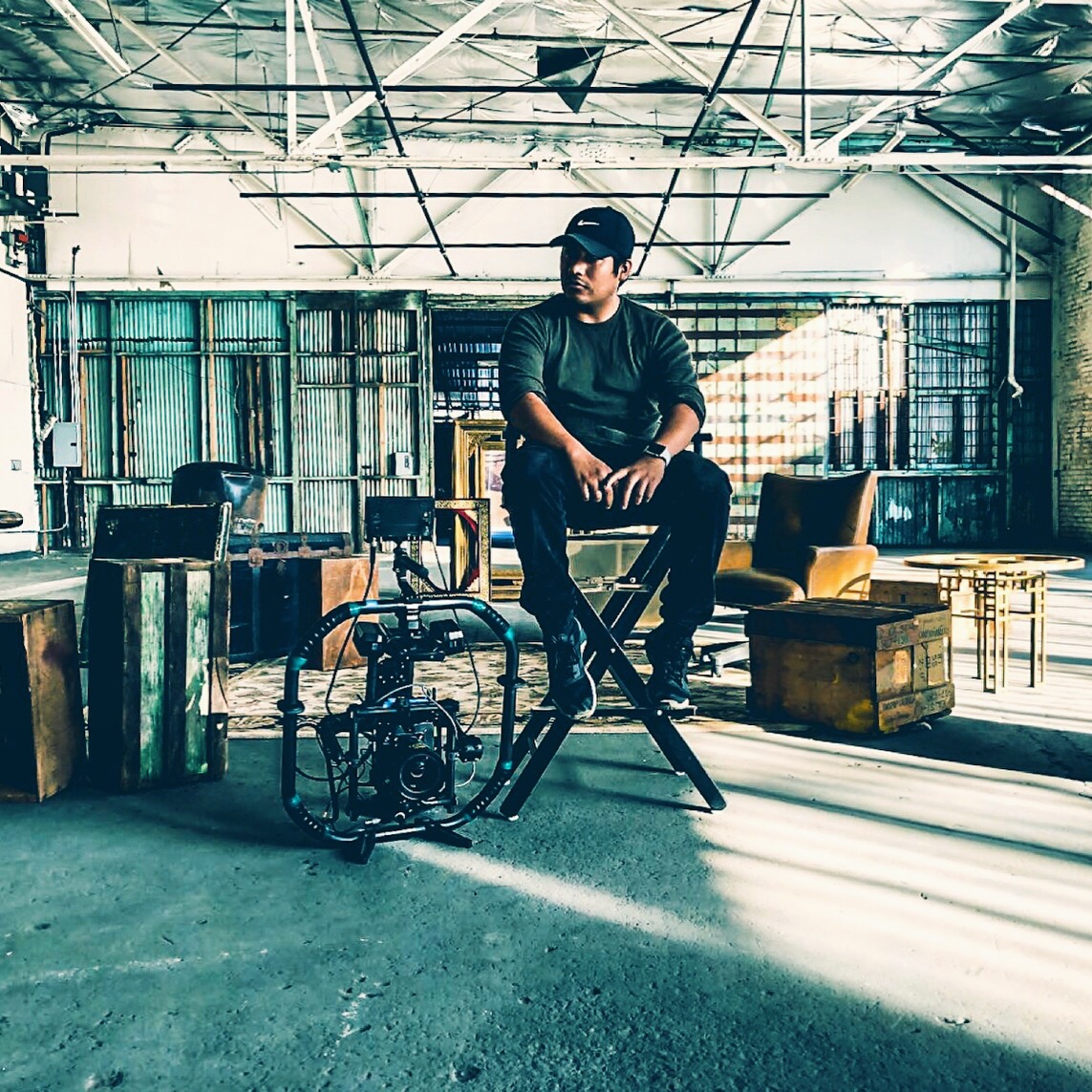 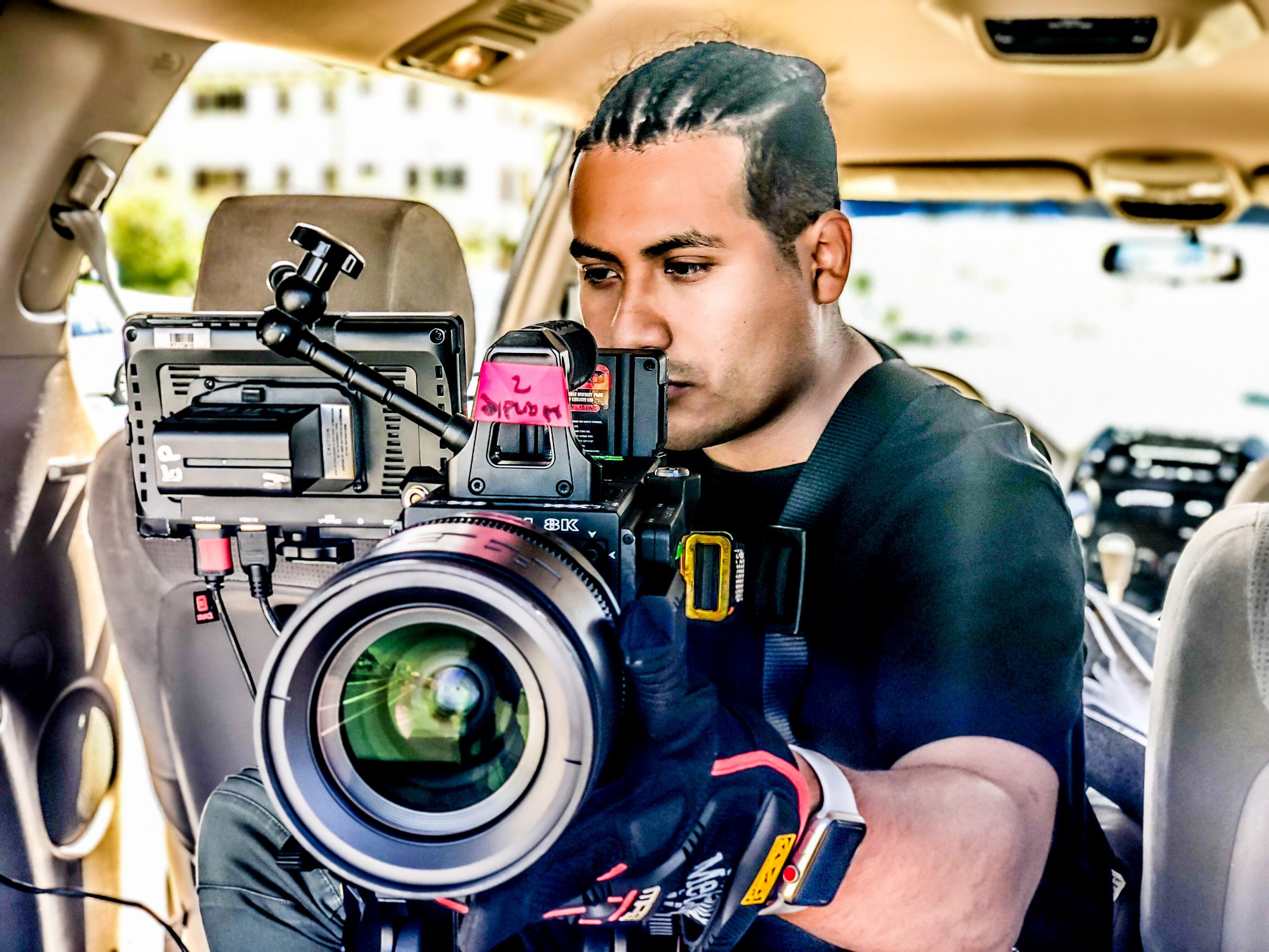 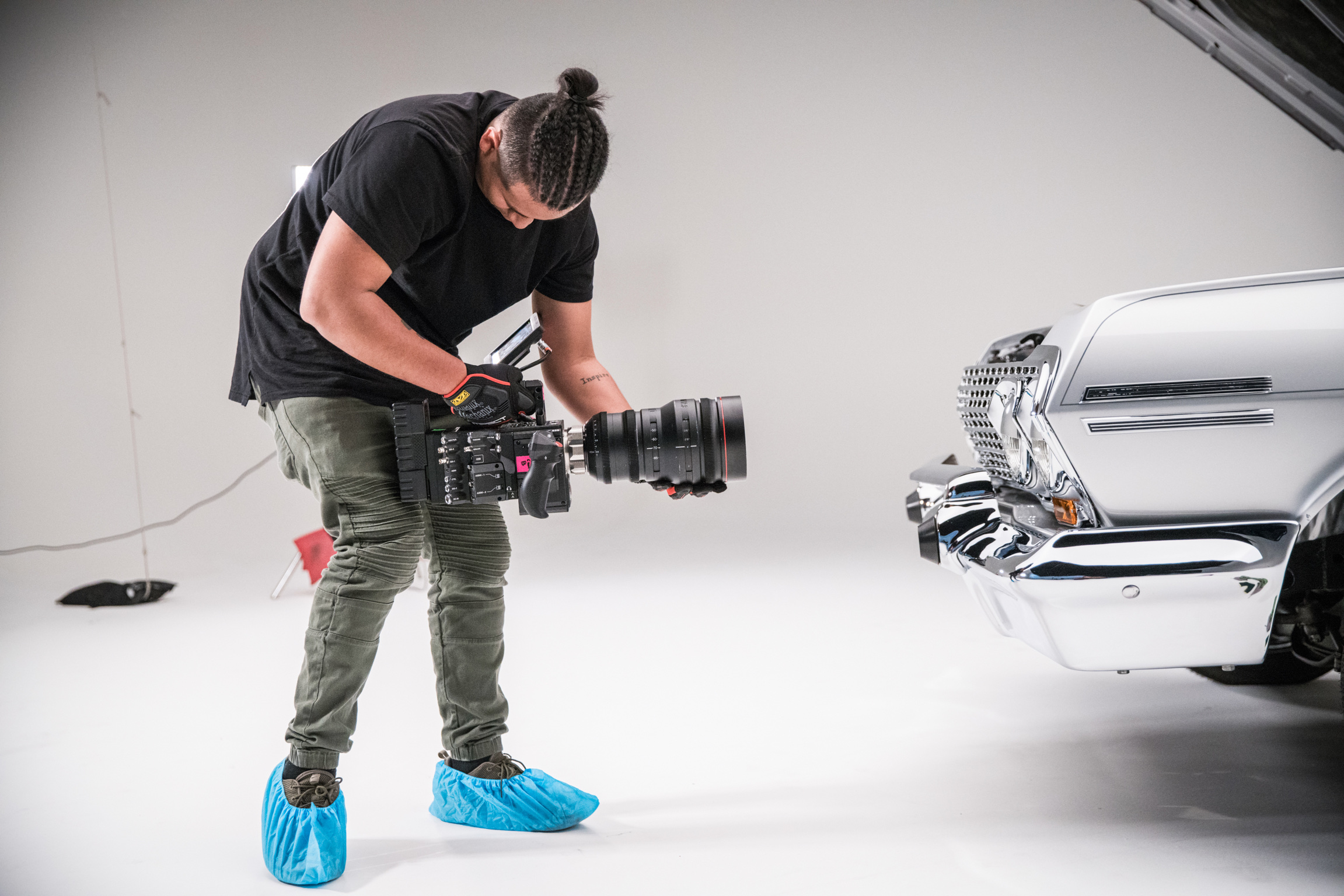 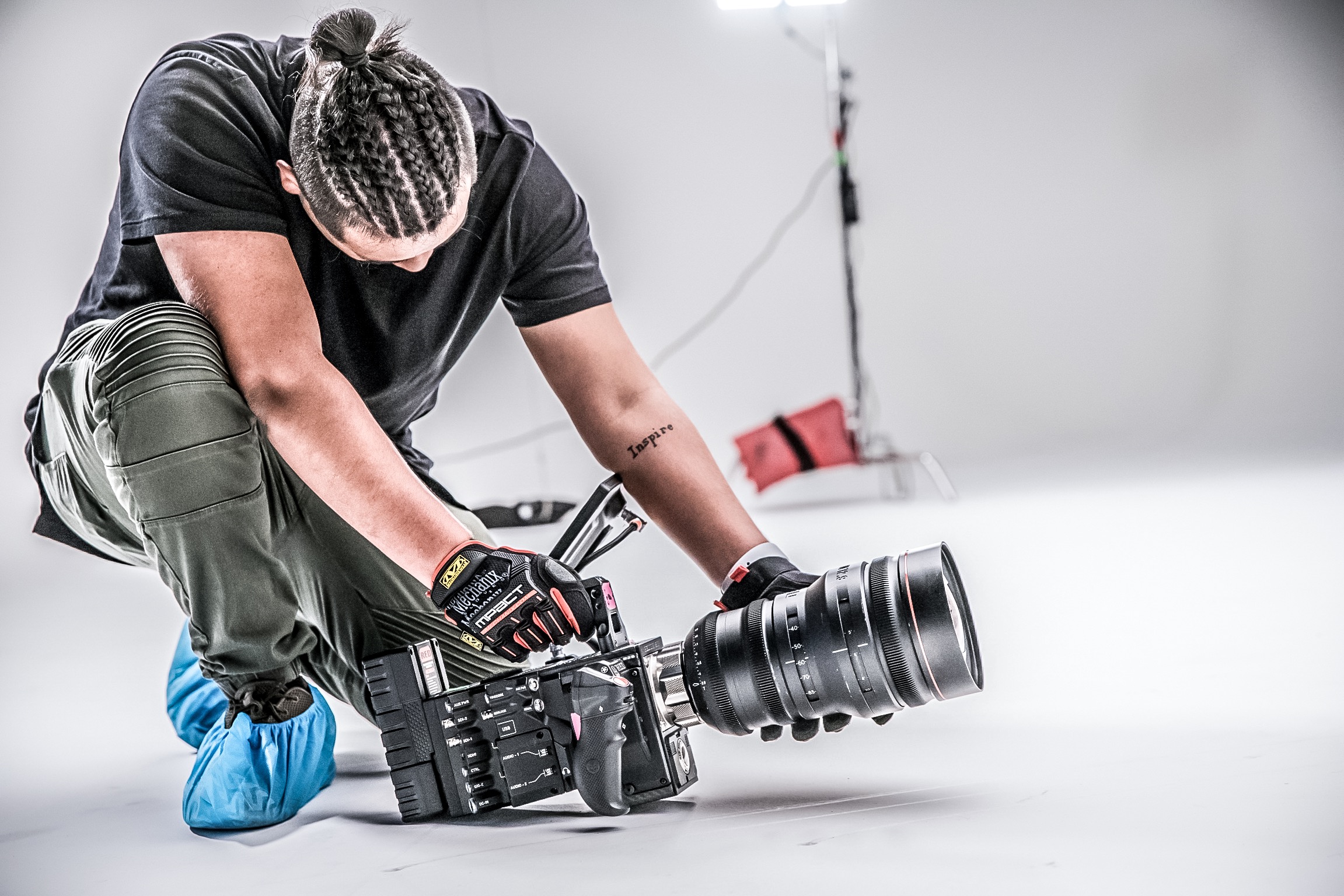 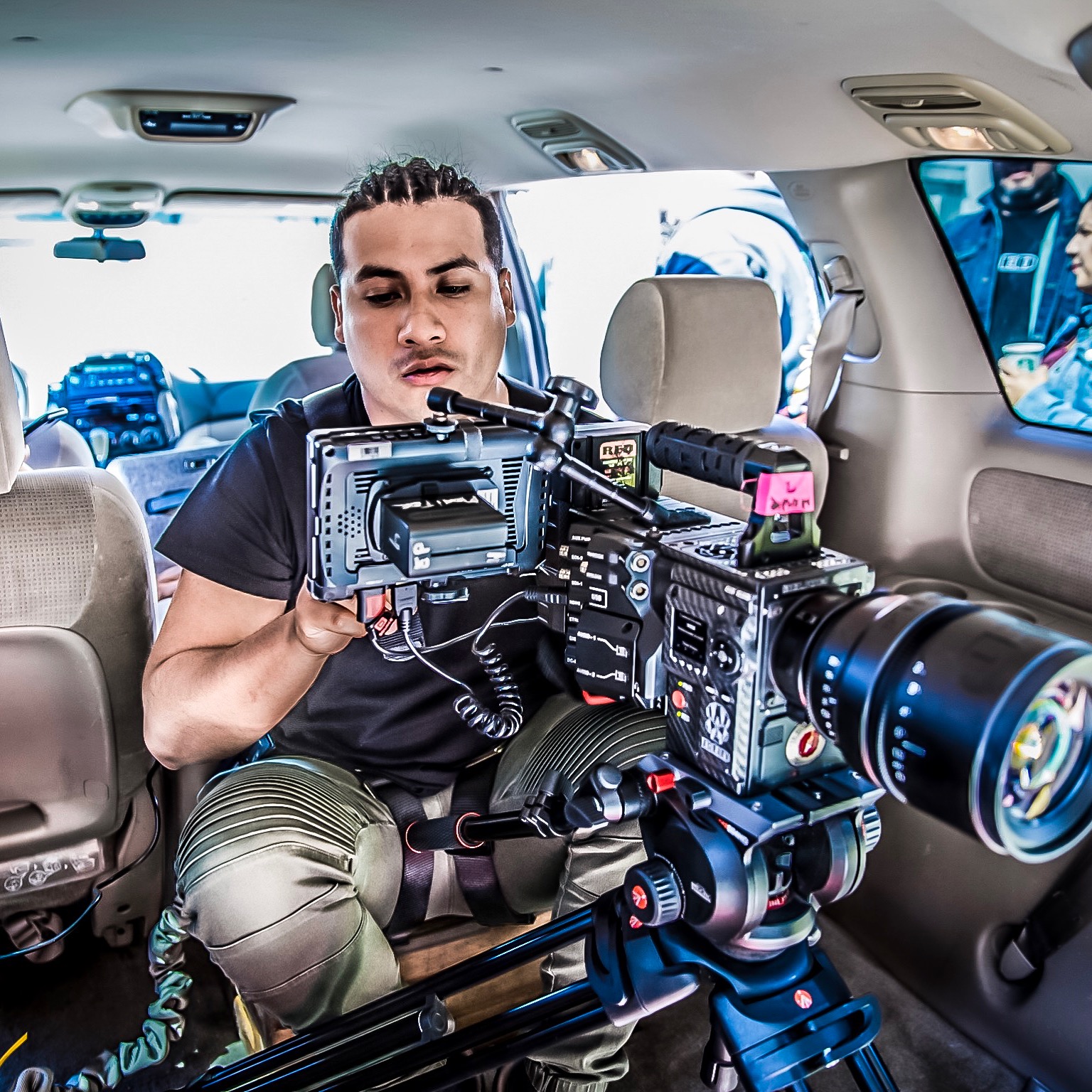 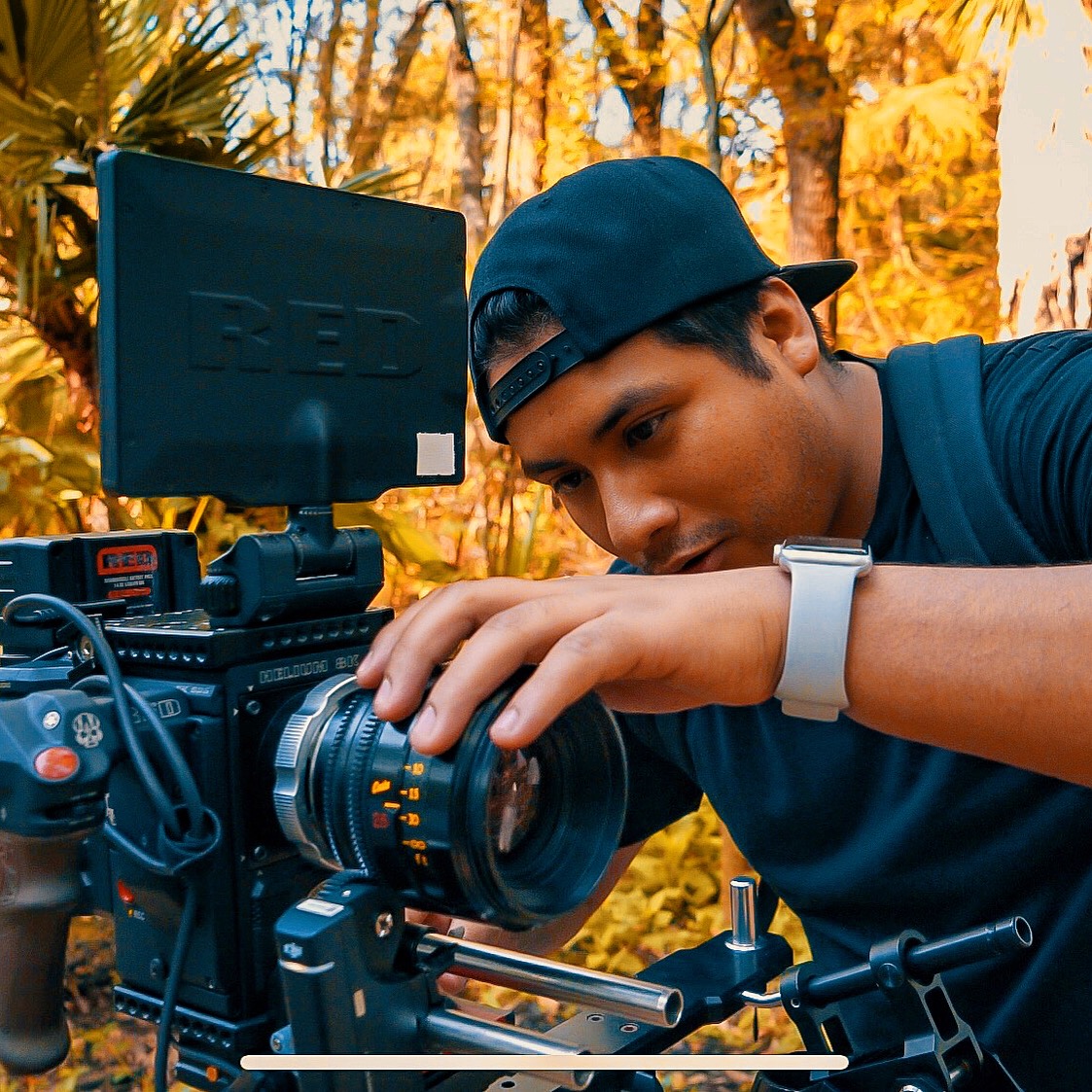 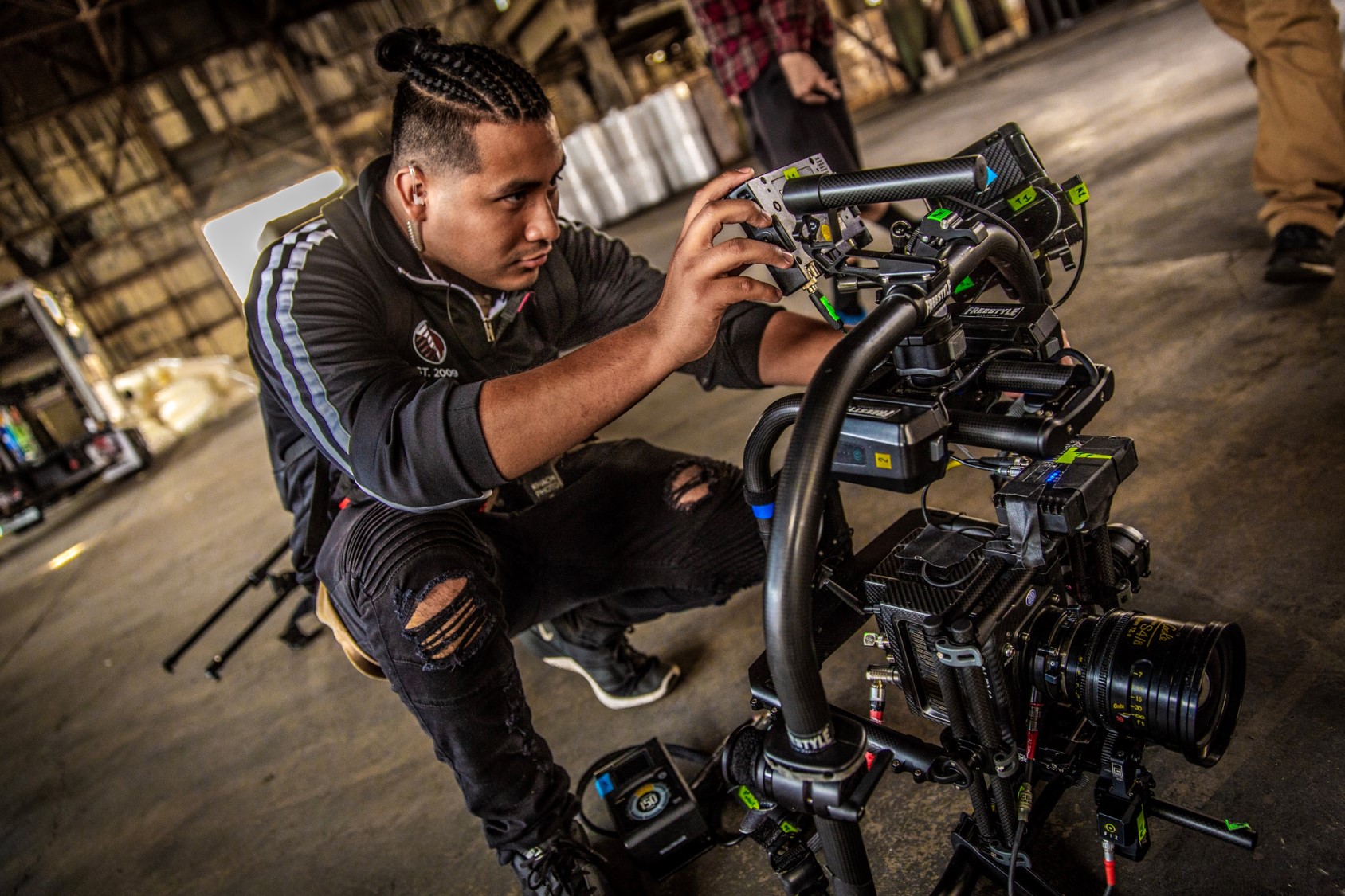 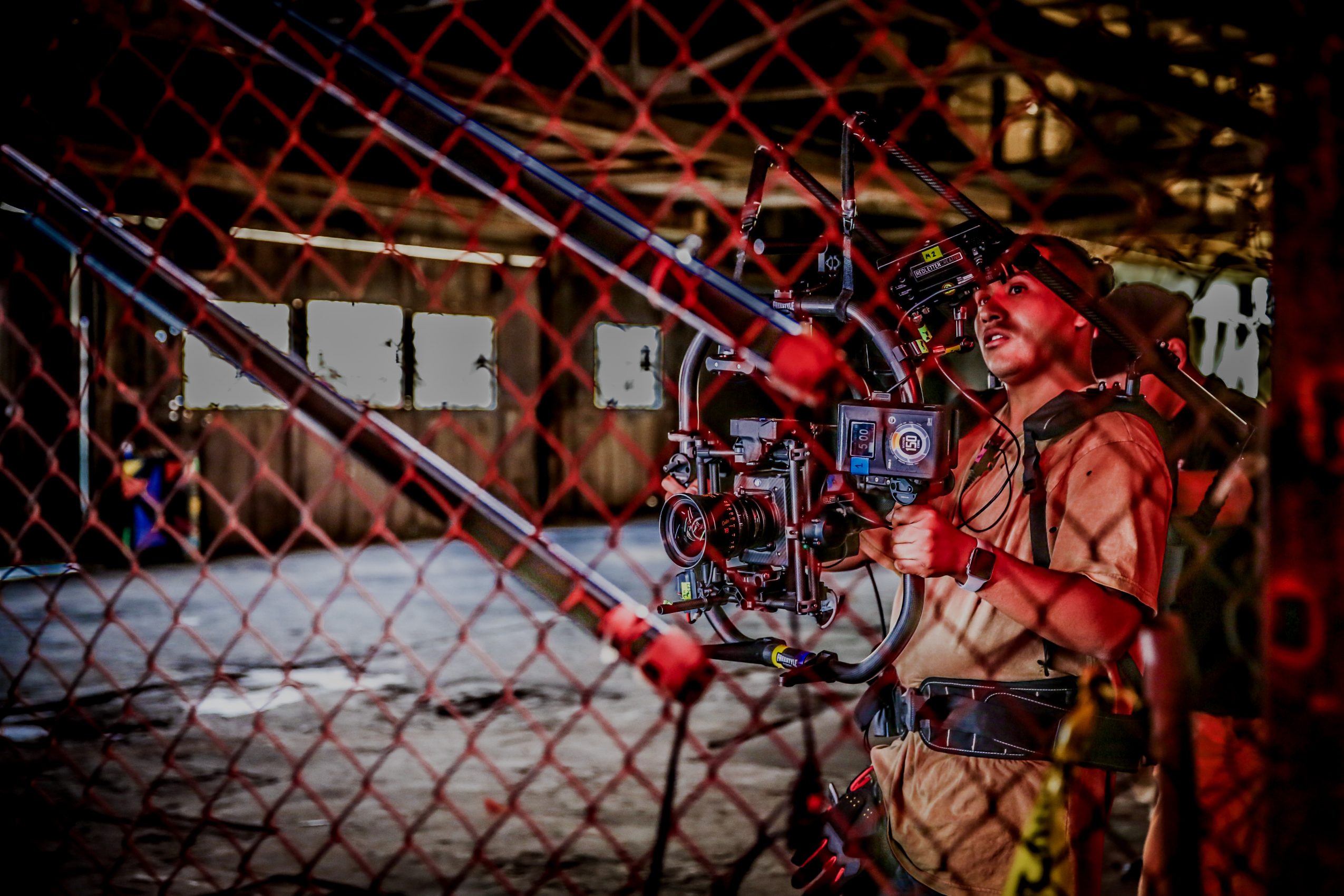 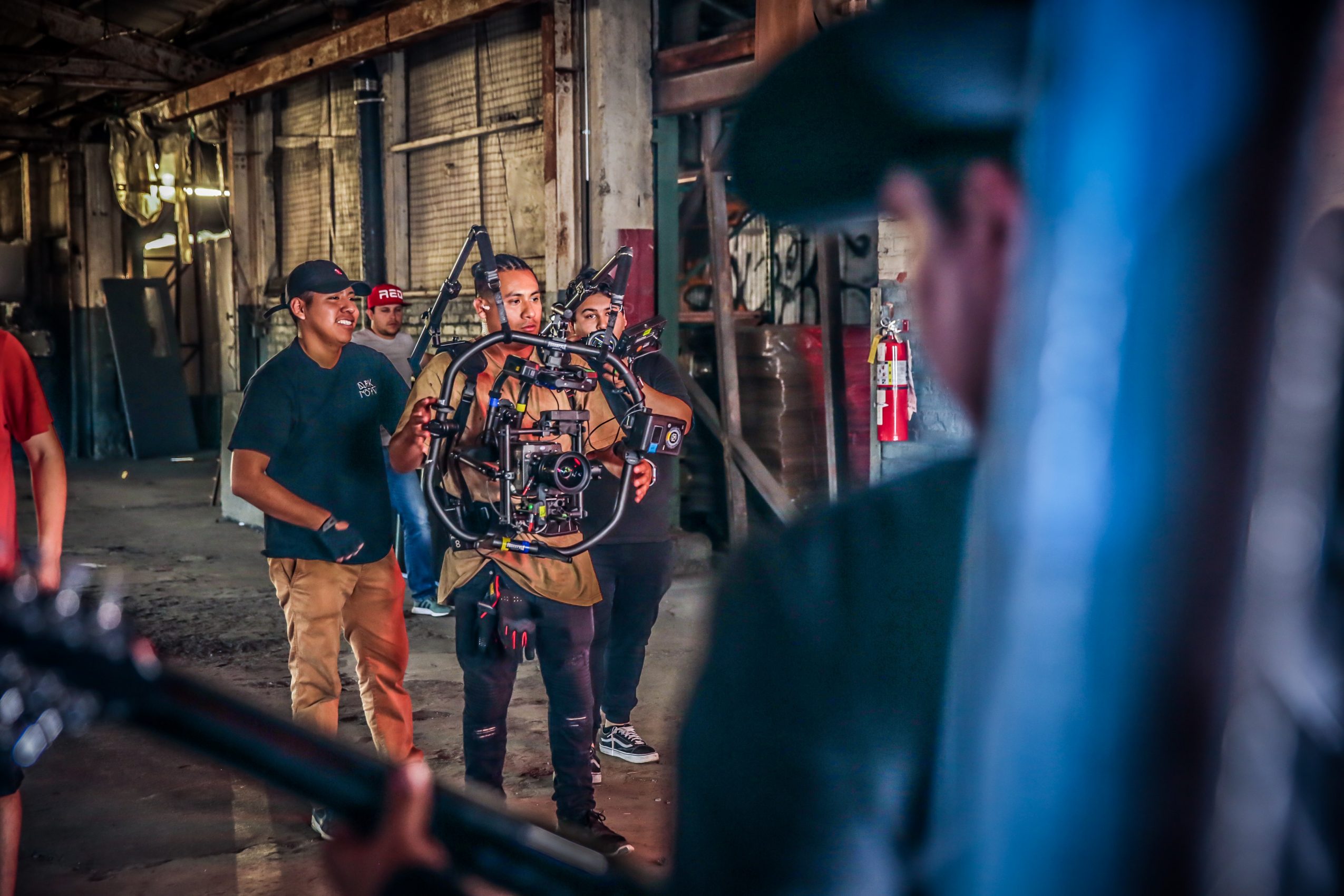