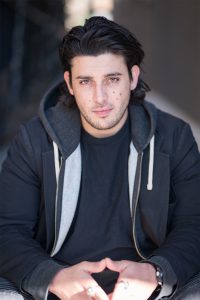 Today we’d like to introduce you to Mario Orazio Ruvio.

Mario, before we jump into specific questions about your work, why don’t you give us some details about you and your story.
My performance career started as a soccer player in Rome, Italy at the age of 9. Until I was 20 years old I kept playing professionally and during those years I learned how important is to work with a team and together fight for a common GOAL. However, while I was playing I decided to start writing some HIP-HOP music and that was what brought me to the stage for the first time when I was 17.

Performing in front of an audience singing my own songs made me fell in love with the stage and performance vibes but most importantly with acting. I realized that when you are on stage yes you are yourself but at the same time you are portraying a character and that’s when I understood that is not about who must I become to create the character but to ask who does the character become because I play it.

After this awareness, and after finishing high school in Rome I decided to go study abroad. I went to UK, Wales, at Aberystwyth University to study joint honors. Film and Television Studies / Drama and Theatre Studies. After obtaining my BA I decided to audition and apply for the American Academy Of Dramatic Arts in Los Angeles. I decided this alone and once I got accepted my dream started to become achievable. Since that time on the stage, back in Rome, I always wanted to be an actor to help people with my emotions.

The two years spent at the American Academy Of Dramatic Arts have been the best of my life. I learned so much and improved so much as an actor, as a performer and as a person. Graduated at the Dolby Theatre, the actors M. Olympus was an indescribable sensation, I’d call it sublime. Just 1 week after finishing this amazing journey I got my first acting job at Universal Studios as a scare actor for the Halloween Horror Nights. Last but not least I competed in the 48 Hour Film Project, 2019 in Los Angeles (2-4 August) and unexpectedly my team and the film directed by myself and my friend and coworker Luca Seretti, called “Skit Row” got nominated in the 28 best films of L.A. and won other five nominations and 1 runner up Award.

I am so proud of my team “The Gladiators” and so happy to have found a family, a team to work with for achieving the same GOAL. As of now, I am blessed to have experienced all this and looking forward to work with many more artists and possibly make my heroes and my ideals my pears. L.A. is a wonderful city full of art and that’s where I’d like to be for a while. I am an Actor, Rapper and Director. I sing in English and Italian and my acting and directing come from influences from all over the world that is the reason why this is the most beautiful job in the world. Today I keep auditioning every day in order to achieve my dream. To earn a living with what I love and what I love is called Acting.

Nevertheless all of this would have never happened if it wasn’t for my so loved mum. Adele De Pascale who is a former Adjunct Professor of Clinical Psychology, Dept of Sciences and Medical and Surgical Bio technologies, Faculty of Pharmacy and Medicine at the Sapienza University of Rome. PhD and Teacher of Cognitive Psychotherapy and Family Therapy for trainees of Schools of Specilization in Psychotherapy. Past Director of International two-year second level Universitary Master in Cognitive Constructivist Post-Rationalist Psychotherapy at Sapienza University of Rome.

She has been the most beautiful thing that ever happened to me. And everything I am today is because of her. If I was able to have this story is because of the immense love that my family, in particular my mum always gave me. I have to admit that I have been very lucky to have the family that I have because without their love and support and dedication to me I don’t know if I would have been here today. However my mum has been a fundamental part of my story and she will always be.
Cant wait to make her witness my success.
“Grazie mamma, to voglio bene”

We’re always bombarded by how great it is to pursue your passion, etc – but we’ve spoken with enough people to know that it’s not always easy. Overall, would you say things have been easy for you?
It was not smooth at all. Visually my experience would look like trying to break steal with your hands while you’re drowning. I had many losses throughout my journey. I lost dear friends, family members and my first dog, Floyd that to me it was like the brother I never had. All of them I bring them with me today and I am aware that art comes from pain. Pain it’s art’s fuel.

Some other struggles were choosing a path that nobody else would have and especially away from everybody. I was the only one between my peers and friends in Rome that had the will and braveness to go and live in another country alone. So the struggle of doing everything by yourself and believing in yourself. Another struggle is money. Not having enough to chase my dreams but never enough to chase my dream. Last but not least in a world where everything is overexposed and fake is very difficult to make your way up if you stay true to the art keeping your artistic mystery.

We’d love to hear more about your work.
My business/ company is myself. I have been producing, writing, directing, editing, singing, marketing, and last but not least acting by myself. However, in this business, you cannot do all this alone so I surrounded myself of friends with the same passion that can help me achieve my goals and that can take care of the other subject while I focus on the one I love. I act, rap in English and Italian, I direct, do voice over acting, drone operator and many other things.

I specialize in acting rapping and directing. I am most proud of myself for always believing in me and never giving up no matter what, no matter how difficult it can get because I love to struggle for what I love. What sets me apart from others is the fact that here in L.A. the is no guy from Rome like me that does what I do in the same way I do it. However, I forgot to mention earlier that I attended American school in Rome when I was little.

I attended kindergarten and elementary school at the S. Francis International school in Rome, so already at the age of six I was speaking better English than Italian and ended up dreaming in English while I was living in Rome and had actually problems with learning Italian because English paradoxically has been the first language I learned. Later after living abroad I embraced the English language even more and now I live, think and dream in english but still able to switch perfectly to Italian.

I’d like also to thank my friends and peers I grew up with in Rome who always were source of inspiration and there to help me and motivate me so much that helped me become the man I am today. Thanks to Pierfrancesco Bonolis for everything he taught me about cinema, he is a great filmmaker with great talent and a unique friend. Thanks to Leonardo Nenni for all his might in teaching and guiding me through the art of rap and how to stay true to it. Thanks also to Simone Saccares for having taught me how to don’t give up when things go bad. And last but not least I’d like to think Gianluca Giaquinto who like my mother taught me the importance of culture and the beauty of poetry and lyrics. Words are the strongest weapon we have and an acotr’s best friend. These people are and will always be part of my story.

So, what’s next? Any big plans?
For the future my plan is to stay in L.A. and work as an actor ending up working with my idols. However, I like to focus on the present as much as my future aim. What we do now will shape our future. Your future foundation has to be built in the past which as of now for me is the present. The big change I want is to move here and live permanently in L.A. working as an actor and win an oscar. 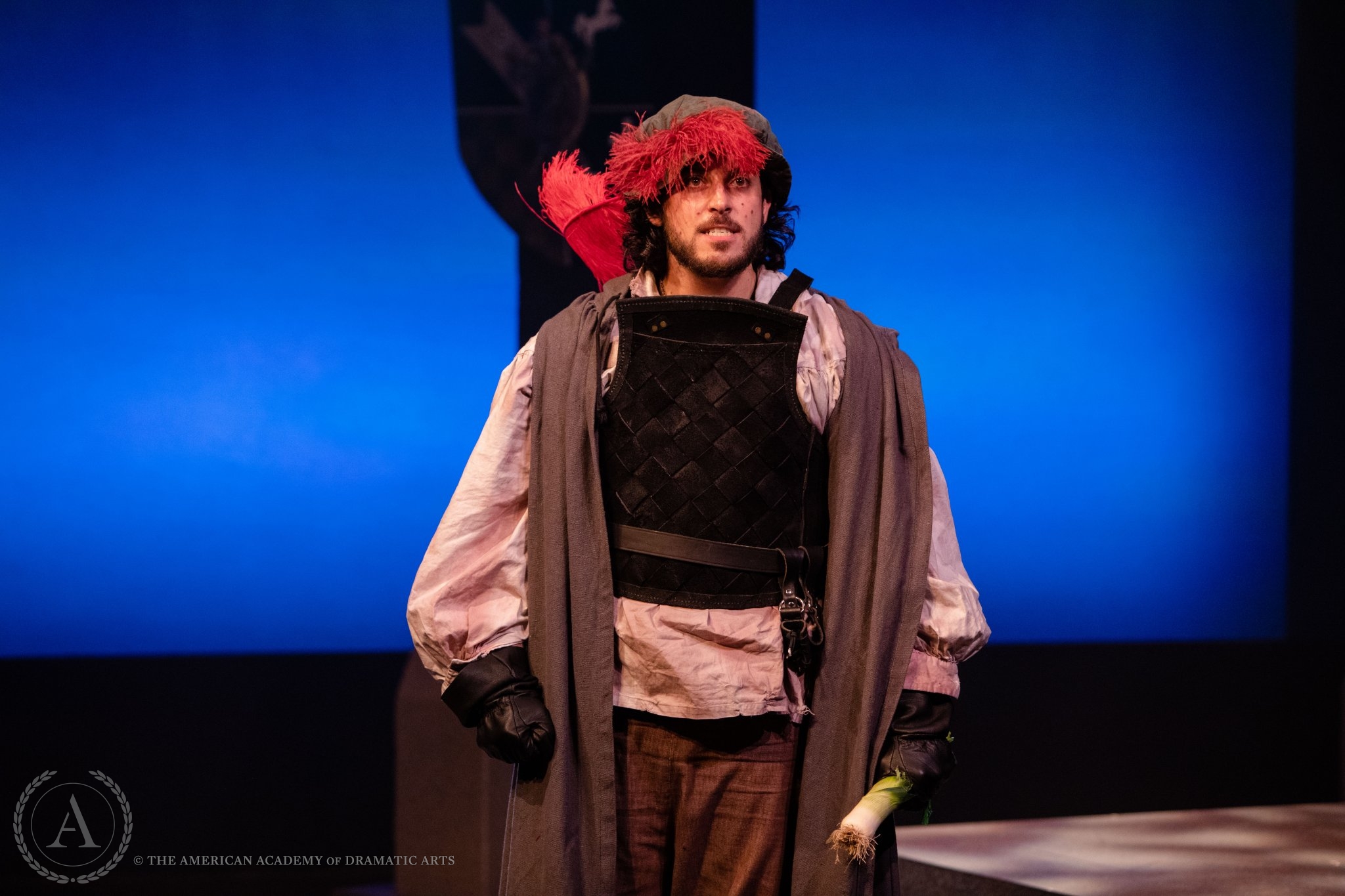 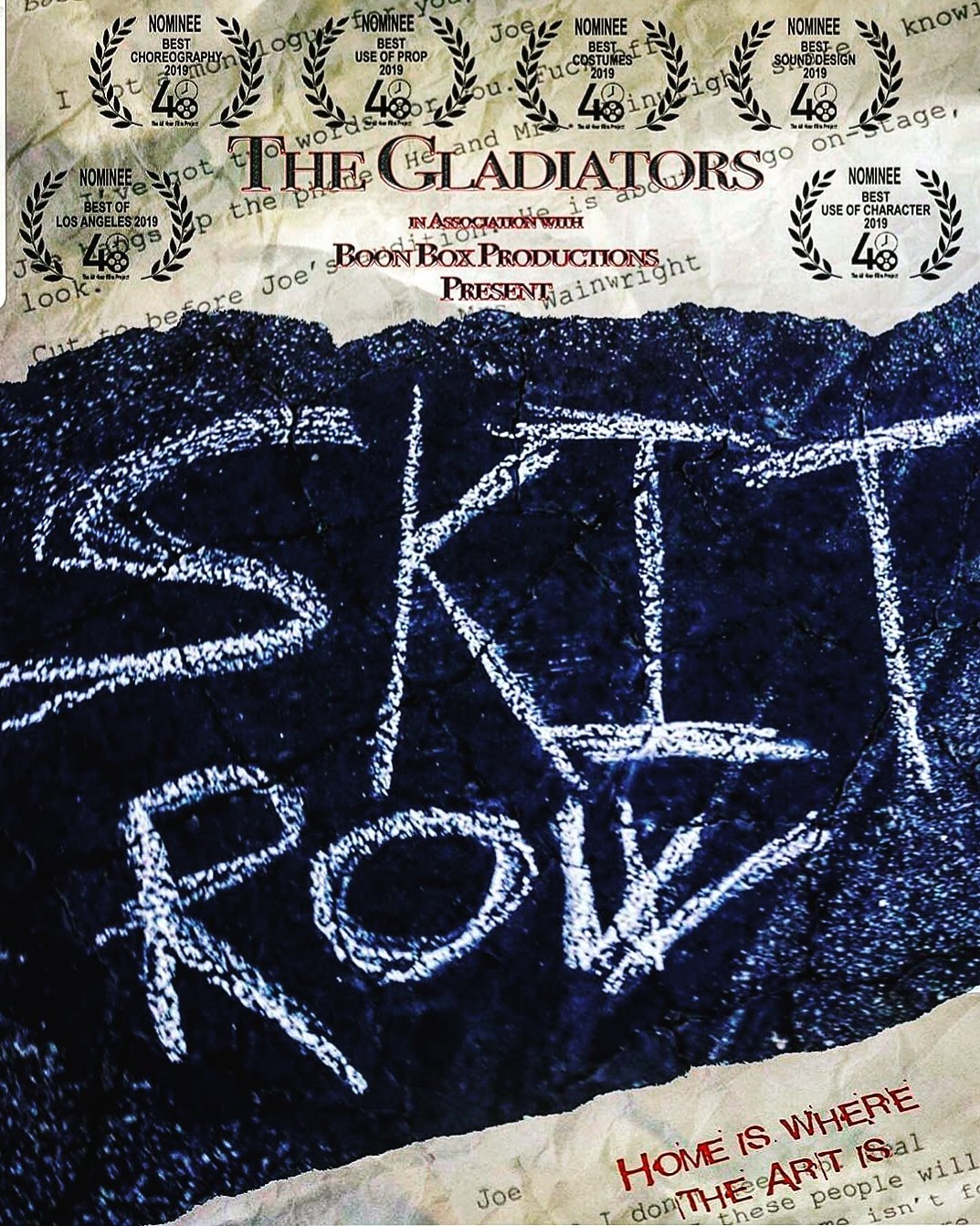 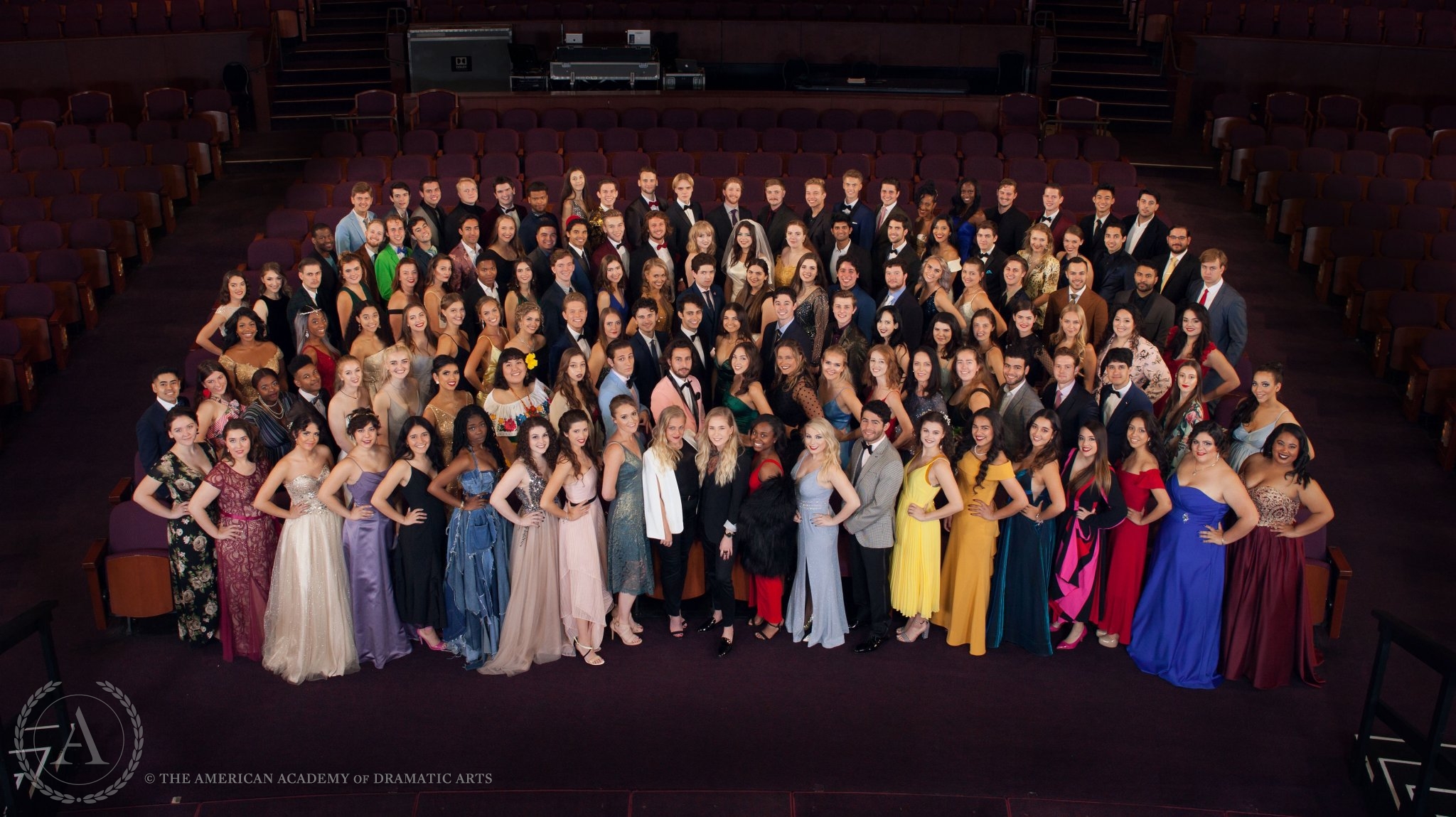 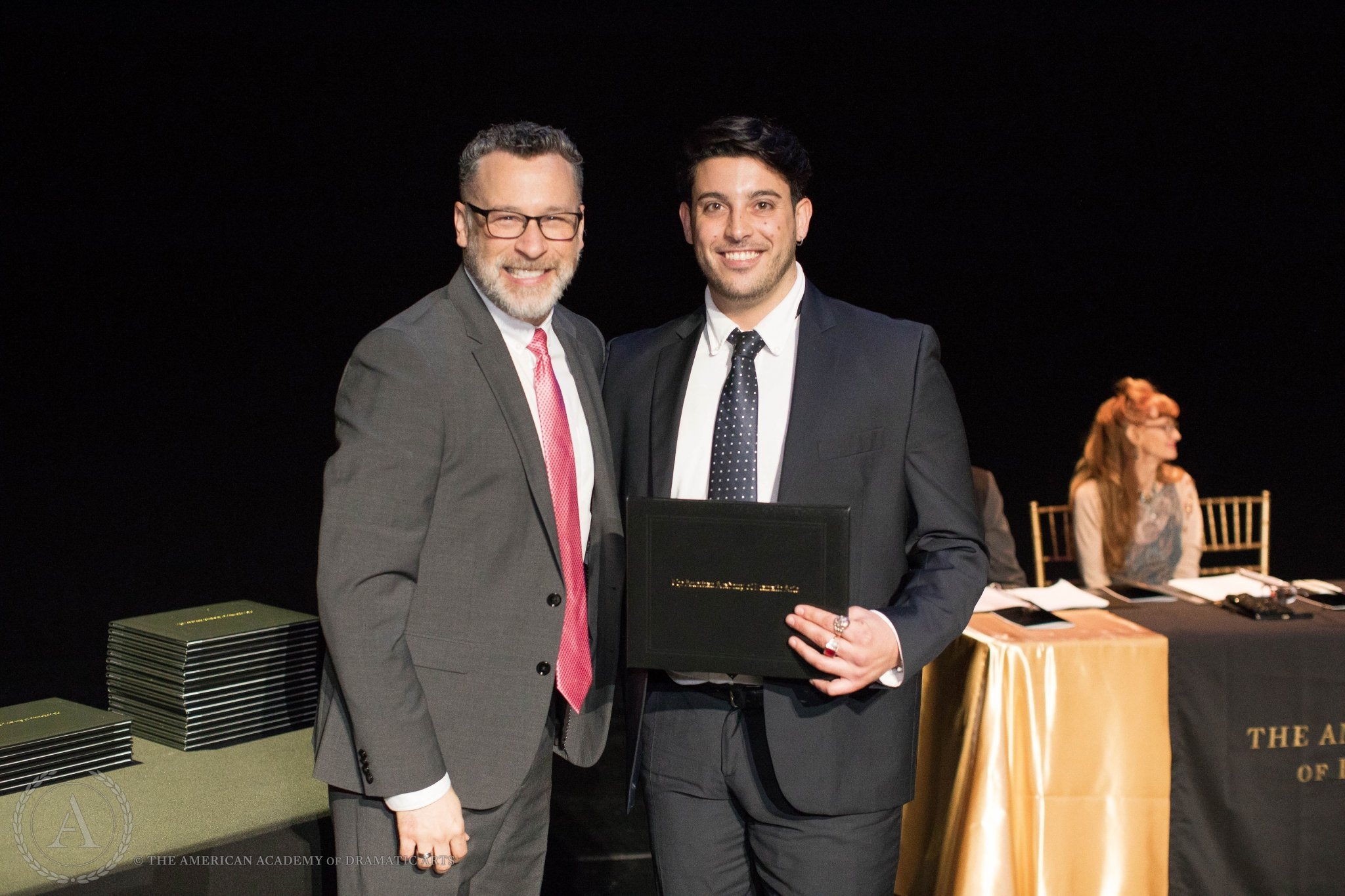 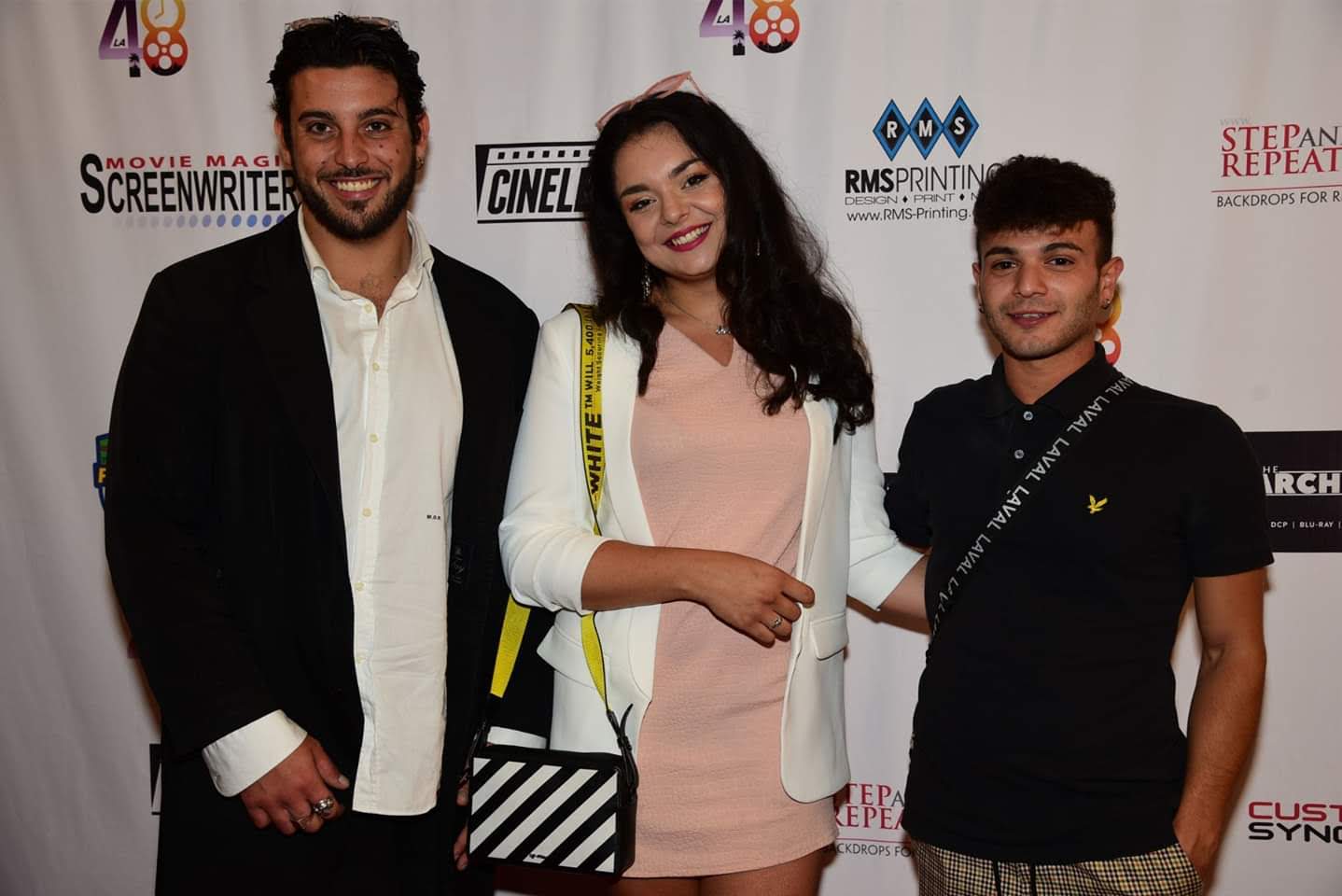 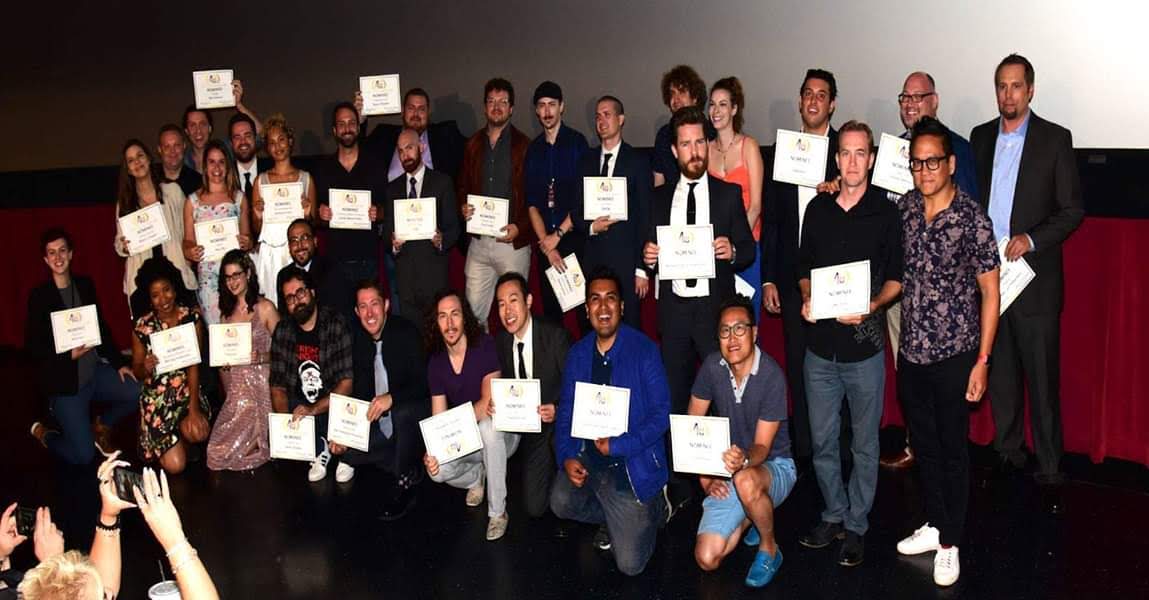 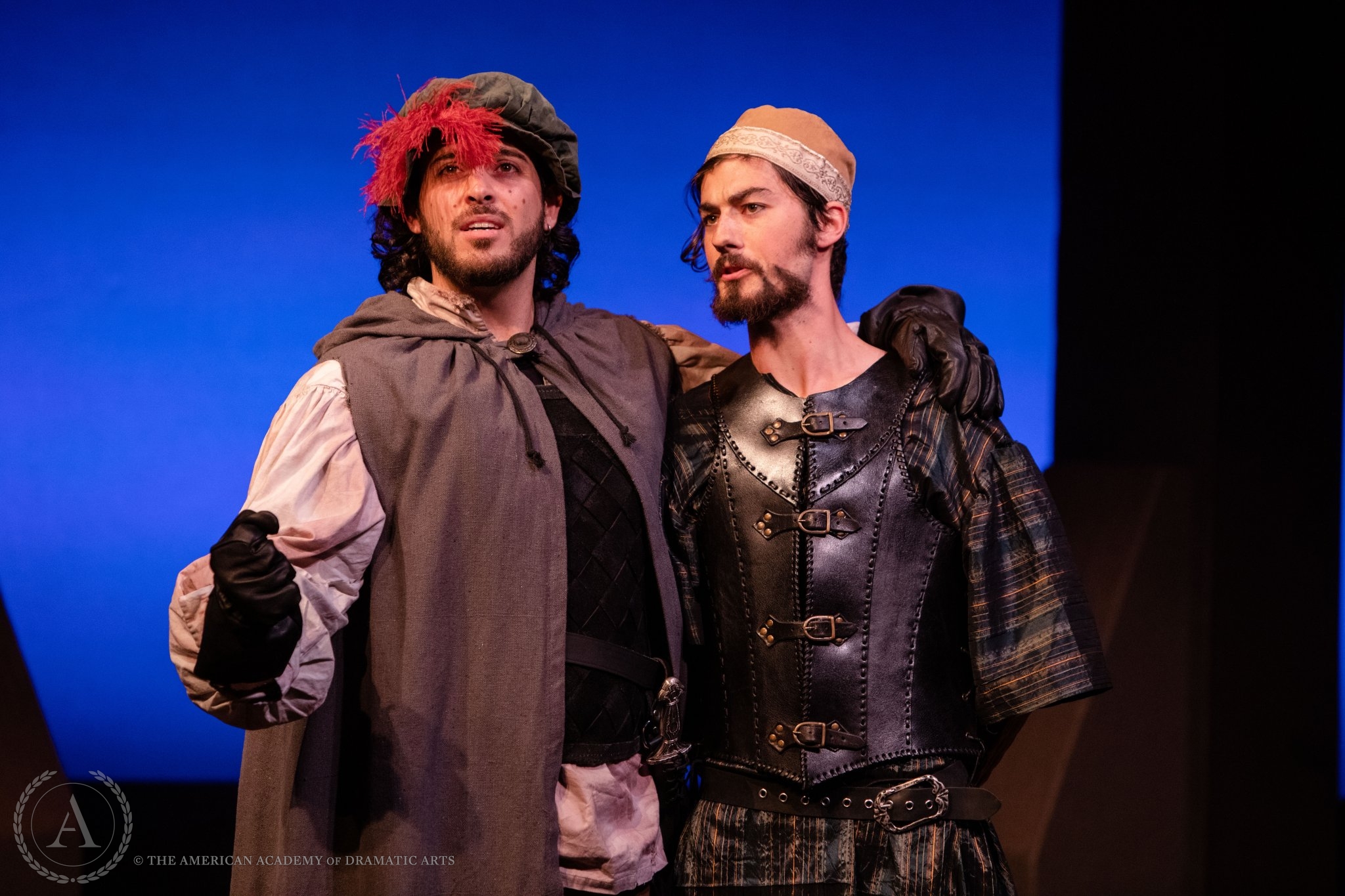