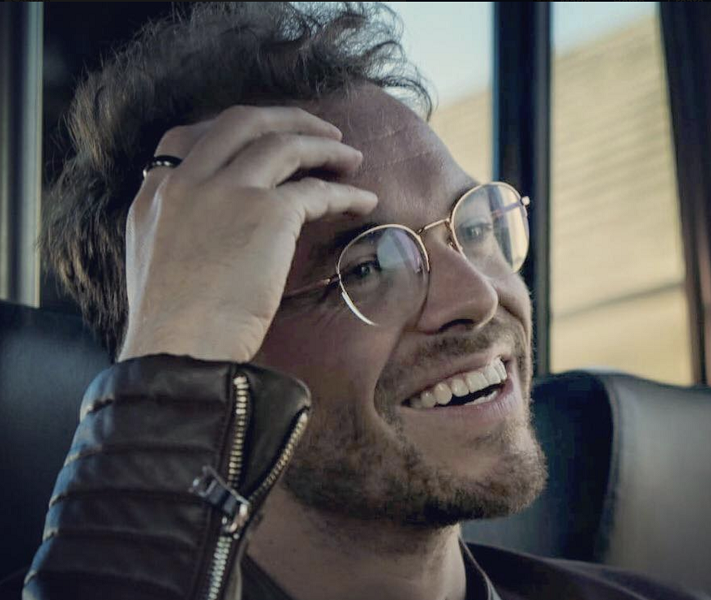 Today we’d like to introduce you to Mario Garza.

Mario, can you briefly walk us through your story – how you started and how you got to where you are today.
I still remember that day like it was yesterday. I was 18 years old, and I was leaving my whole life behind, knowing I would never come back. My mother hugged me because she was scared. My father looked at me straight into my eyes and reached out for his left pocket. Giving me all the money he had in it: $50 pesos. Before I left my hometown of Toluca, Mexico, to pursue my dreams of becoming a feature film writer-director here in the United States.

The first city I was in, was Orlando, FL. I was part of The Disney’s College Program as a Park Hopper. Worked at the Magic Kingdom, and Animal Kingdom in several positions such as; attending the turns-tails, a cashier at the biggest store in MK, at a restaurant, and the list goes on and on. I lived in the Disney Residences with seven roommates from all over the world. It was truly an amazing experience.

After that, I didn’t want to go back to Mexico. I knew that for the industry I wanted to be in, I needed to be in the US. So after a massive list of rejections letters from fancy colleges I couldn’t even afford, I got an acceptance letter from a community college in Miami. I took the opportunity, and I found out about a scholarship only for Mexican students at Florida International University, and I ended up transferring there. I majored in Advertising.

During college, I had interned at about five different ad agencies and productions companies. So I kind of knew what I wanted to do, but not really. After college, I got my first job as a Spanish copywriter for a small advertising agency in Miami. I learned a ton there, but after a year I knew I wanted to go to the big leagues. So I quit and took an internship at a major ad agency in New York City called BBH NEW YORK. I did amazing work there, and after my internship was done, I had big plans to move to L.A. However, my long-time girlfriend Sarah had been offered a job at the best advertising agency in the world; Wieden + Kennedy Portland.

So I decided to follow her there and was persistent enough to get also a job there as a copywriter. I was the youngest copywriter in the Nike Department. The only one that spoke Spanish, besides the Global Creative Director. I had reached the big leagues. They offered me a tryout and gave me an amazing brief. I partnered with an art director, and we ended up creating Nike’s first Virtual Reality Experience. We filmed it in Barcelona for two weeks with one of the top commercial directors our there.

After that, my time there ended. My art director partner, who has also trying out, got paired with another writer, so there wasn’t a place for me there. So I decided to go to another ad agency in Portland called AKQA. Met great people, did ok work, but it was finally time for me to move to LA. So we did.

I got a job offer from Apple’s advertising agency and worked as a copywriter there until March of this year. I did great work but realized that my writing style wasn’t Apple’s. I wanted to write more comedy, plus I wanted to direct. So I decided that I wanted to create koolshiit.com. A production company with my longtime partner.

So far, we’ve done five short films, three music videos, two spec commercials. I was also lucky enough to be a part of the tomorrow’s filmmakers today emerging director’s program sponsored by HBO and the Academy. At the same time, I got an offer to work full-time at a startup called Honey. I joined full-time since March as a commercial director. In six months, I’ve directed five commercials and will direct eight more TV SPOTS in January.

Sarah and I have been also writing a feature film since December, and we opened a production company in Spain in order to make it happen. All of that has happened in ten years. So in short, a college degree, six internships, four full-time jobs in four different cities, multiple award-winning short films, several masterclasses and infinite sleepless nights later, I’m now an award-winning advertising writer-director based in Los Angeles with two production companies in two different countries.

We’re always bombarded by how great it is to pursue your passion, etc. – but we’ve spoken with enough people to know that it’s not always easy. Overall, would you say things have been easy for you?
I wish. It’s been hard AF. Everything is a struggle. But, everything happens for a reason. Even the bad things took me to something better.

However, you have to keep pushing for what you want to do. It’s very easy to get sidetrack. Very easy to leave what you like behind because you’re good at something else. If you have true passion, you won’t.

So let’s switch gears a bit and go into the KoolShiit Productions story. Tell us more about the business.
At honey, I write, produce and direct mostly comedy spots. At KoolShiit, we do the same for different projects.

From commercials to music videos, to feature films. What sets up apart from the rest, is that we have experience in the advertising world. A lot of production companies are created by amazing directors, producers that met in Film School, but that have never worked in the advertising industry before.

We have. That set us apart because we know how to pitch, how to sell and how to make KoolShiit.

Has luck played a meaningful role in your life and business?
I don’t believe in luck. I believe in hard work. Some could say that luck has played a role in my life, but without the hard work, luck is worth nothing. 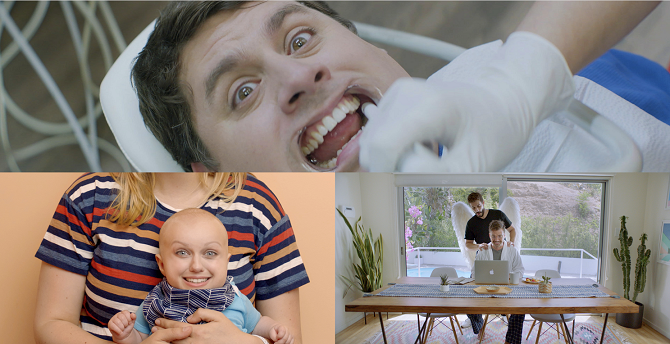 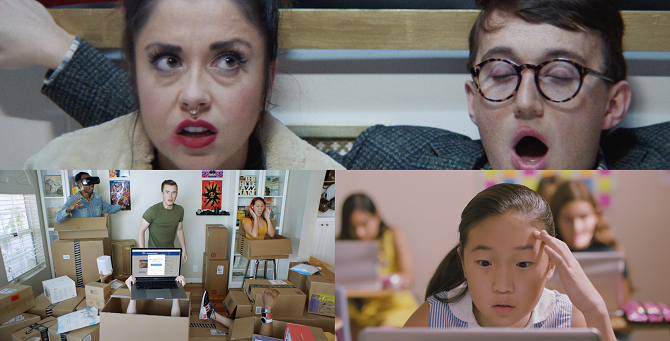 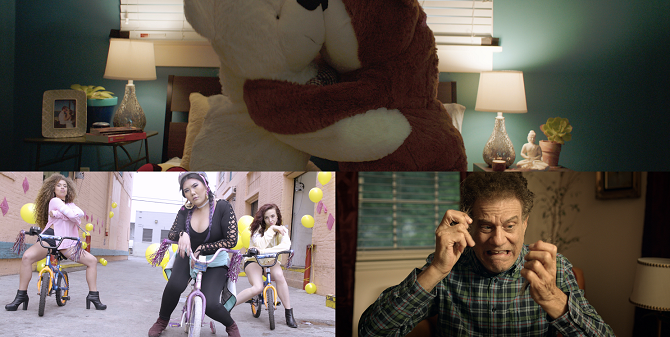 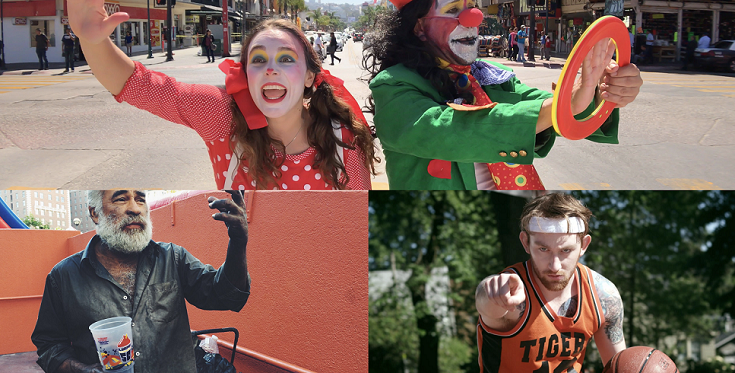 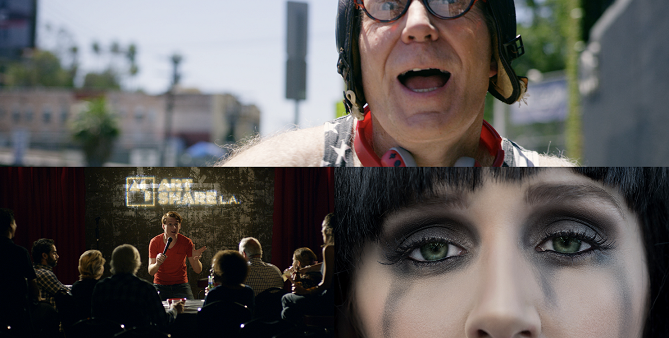 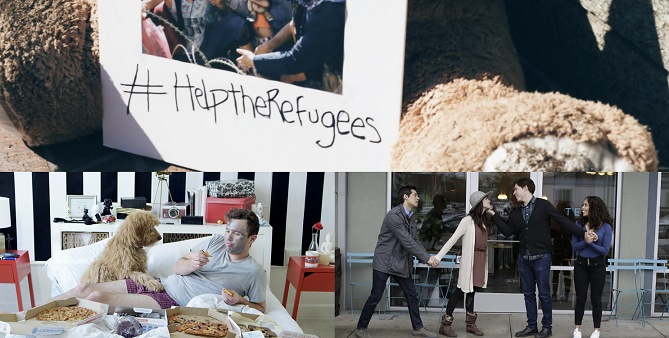