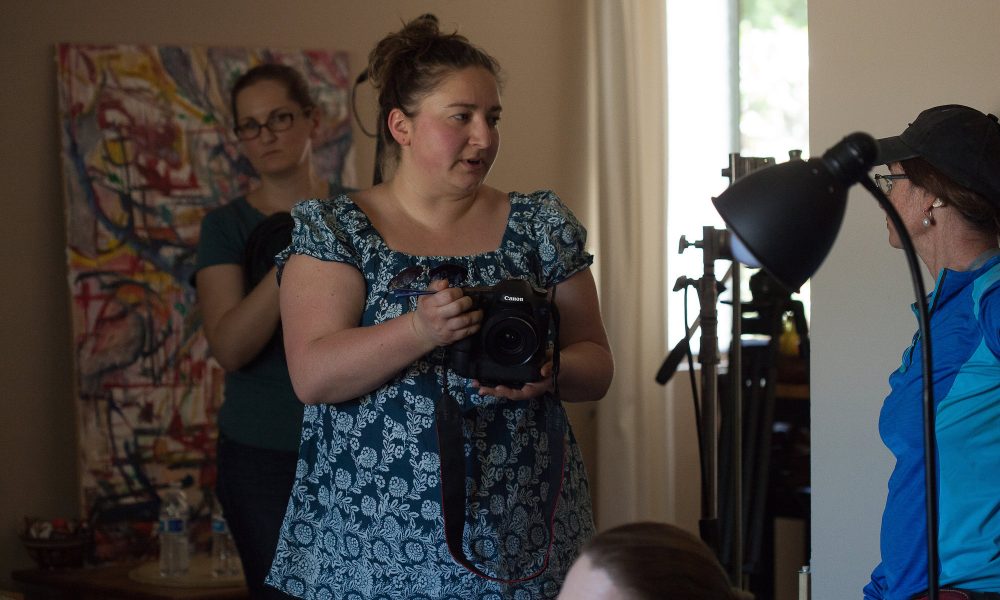 Today we’d like to introduce you to Marina Viscun.

Thanks for sharing your story with us Marina. So, let’s start at the beginning and we can move on from there.
I think of my life in chapters: naïve childhood during Soviet times, not-so-rebellious teenager in post-Soviet Moldova, studious Eastern European immigrant in Brooklyn NY, proud service member in the US Navy, empowering instructor of International Relations at colleges across the US, and, finally, award-winning filmmaker with Pingvin Productions, my current chapter. Without all the steps that it took me to get here, I don’t think I would be who I am, because all these experiences inform me as a writer, director, and producer, and influence my creative process, the stories that are born in my subconscious, and the way I see the world as a content creator.

I moved to Los Angeles in 2008 wondering if I should do some work as a background actor during the summer breaks from teaching Political Science at Glendale, Pasadena, and El Camino Colleges. I decided to join the Women in Film Los Angeles (WIF LA) PSA program to learn more about filmmaking, and participating in that program has changed my life.

Inspired by the work of many filmmakers that surrounded me, I decided to found Pingvin Productions as a company that introduces the audience to social issues through various media, ranging from features to television, documentary to music videos, and branded entertainment to short films. While having a goal to inform, Pingvin Productions was conceived to produce an array of projects addressing individual internal and external struggles often ignored due to the complex structures and systems of our lives and to increase the entertainment factor in socially conscious media to make its products accessible and enjoyable to all.

While producing one of my first public service announcements for WIF LA, I met director Varda Bar-Kar, who has since become my close friend and collaborator. Producing her anti-domestic violence “Journey to Safety” PSA was a master class in creativity, passion, understanding, and imagination building, and provided me with an opportunity to learn from the best.

This PSA won a Silver Telly in 2012 and set us up for Varda’s next short “Ode to Los Angeles”, a branded campaign produced for NewFilmmakers LA’s On Location: The Los Angeles Video Project. “Ode to Los Angeles” won both the Audience and Grand Jury Awards and was the catalyst for the documentary “Big Voice” about the Santa Monica High School choir and its empowering and inspiring music director Jeffe Huls. This powerful film helmed by Bar-Kar as both director and producer became the second project that brought us a Telly, as the PBS SoCal’s one-hour version of the film received a Bronze Telly in 2018.

In addition to producing films with Varda Bar-Kar, I started producing music videos and branded content for Caviar, eventually joining their Los Angeles office as the staff production supervisor and bidding producer. Working in a management capacity expanded my understanding of how Hollywood functioned and set me on a trajectory that I could never imagine: within a few years I had features, television, and web series under my belt as a freelance producer and was the Head of Production at Pulse Films US.

However, as the time passed, I realized I craved the freedom of developing my own projects. Mining the experiences accumulated during my work in diverse fields and through my travels within and outside the US, I dove into writing and directing. Within a short period of time, my projects have had premieres at various film festivals (San Pedro International Film Festival, Clovis Veterans Memorial Film Festival, Canon Burbank Short Night, and Tunected) and my scripts received notice from The Athena List, Sundance Screenwriters Lab, and Big Break Competition.

I am very proud of the topics that I’m addressing through my work with Pingvin Productions: foreign-language feature “Seeds” deals with being a family in a corrupt system while dealing with mental health issues, TV series “Dress Blues” explores what it means to be an enlisted person in the US military, period drama “He Calls Her Love” portrays the lives of the poor during Tsarist Russia, and various shorts address love, selfishness, cancer, rape, and other complex topics, while including characters diverse in age, abilities, gender, and race.

My current sub-chapter within the entertainment industry is focused on bringing to life my scripts and on advancing female filmmakers through various initiatives like the #WeAreWITI collective that I founded and through active membership in organizations like Alliance of Women Directors, Women in Media, Film Powered, Veterans in Media and Entertainment, and Producers Guild of America. Being nominated for my activism by the Los Angeles Business Journal’s Women’s Council & Awards multiple years in a row has been a cherry on top.

Great, so let’s dig a little deeper into the story – has it been an easy path overall and if not, what were the challenges you’ve had to overcome?
Whoever has enough patience? My struggle is mostly internal: I want to move forward, to succeed at whatever I’m doing right away, and to jump into the next challenge as soon as possible. Just like with producing, writing and directing is not a skill that develops overnight. It takes time to simply learn to write well, and it takes even more time to produce writing of quality and quantity.

On top of that, directing is a highly collaborative process that requires relationships and support to blossom into a substantial reel. Logically, I understand that, but for some reason, my brain also gets me into a time warp, where a few months feel like years of sitting on a project.

Pingvin Productions – what should we know? What do you guys do best? What sets you apart from the competition?
Pingvin Productions is an extension of my beliefs and feelings toward the world and is all about socially conscious media, smart viewers, new ideas, and strong concepts. But more than just words, the projects that Pingvin Productions puts out are visual entertainment with a heart that leads to action, if not external than, at least, internal.

The largest of our most recently released projects is the documentary “Big Voice”, directed by Varda Bar-Kar. It’s a film about a wonderful teacher and human being, Jeffe Huls, who approaches his profession not only in 50 minute-class intervals, but based on the overall impact of how music, leadership, and hard work affect his students and other people’s lives.

The film, in the making since 2011, premiered at The Heartland Film Festival in 2016, where it received the Best US Documentary Premiere, giving the project fantastic opportunities to screen at many other film festivals, secure both education and VOD distribution, and, eventually, leading to collaboration with PBS SoCal. The one-hour version of the film has aired multiple times on a monthly basis across the country since March 2018 and led to a Bronze Telly Award in May 2018.

On the short film side, Pingvin Productions releases films that deal with complicated issues faced by characters plucked from real life – “scratch on metal” is about an Afghanistan-War-era multi-ethnic military family who struggle to preserve their daily existence in the face of selfish needs and psychological struggles, while “The Option” is a short film about a young couple who are informed of a life-threatening complication to their pregnancy and must decide what’s right for them and their future.

Four short films are now moving from development and into production: “Last Night” follows a same-sex couple who faces the end when one of them would rather sacrifice their relationship than watch the love of her life die from recurring cancer, “Reverse” about rape culture and the acceptance of violence, “Taming Tammy” about a washed-up older biker chick who must choose between living the carefree life on the road or facing her painful past to turn around her and her son’s future, and “Forgive Forget Forgo” about a patriarch who within moments of his death throws his immediate family into a turmoil with the news from the past. Some of the earlier projects like the music video “Nuke City”, branded piece “Ode to Los Angeles”, “National Dance Day” promo, and short “Things Loved” offered a taste of the direction of Pingvin Productions as a company.

Currently, Pingvin Productions’ development slate includes both short- and long-form projects ranging from dramatic indie and period-piece features to premium television and web series. Similar to the wide variety of topics presented in the production of the short films, the projects with a larger footprint focus on the socially conscious issues: foreign-language drama “Seeds” deals with three generations of women who return to post-Soviet Europe to care for an ailing patriarch, where they battle a corrupt healthcare system only to discover a society and a past that both links them together and sets them apart, sci-fi feature “Vision” is about a prophetic blind orphan girl with a secret power who is destined to save, or end, the world while in search of her parents, and coming of age drama “Milford” follows a teenage boy, stunted by his Midwest redneck background, who pursues his dream of becoming a street photographer by circumventing the flawed system devised for automatic failure.

On the TV and website, we are working on “Dress Blues” about a naive teenage immigrant who enlists in the US Navy with dreams of becoming the first female admiral, but who must choose between her career and her safety while diving into the scary and subversive lifestyle of the isolated military world, and a comedy “Ioanna, the Moldovan Hammer ™ – An Educator to the Stars” about an au pair who moves to Hollywood to make rich Americans great again by hammering education into the children of the stars. There are a few other projects in the development pipeline that we are not able to discuss, set in Tsarist Russia and the pre- and post-9/11 New York.

Pingvin Productions’ slate is what sets us apart from others because it gives us an opportunity to explore what we really care about and also makes us feel proud about our accomplishments. Being a company that challenges the current lack of diversity in front of and behind the camera and pushes for inclusion on its projects both below- and above-the-line, Pingvin Production is proud to be a multiple-year nominee for the Women’s Council and Awards presented by the Los Angeles Business Journal.

What moment in your career do you look back most fondly on?
I’m not sure I can pick the proudest moment of my career, but the most emotional one was the few hours before and after the “Big Voice” Kickstarter campaign successfully raised above the amount we were crowdfunding. Two hours prior to the closing of the campaign we were five thousand away from our goal, and upon completion, we were four thousand above.

Watching the dollars trickle in from the supporters who believed in the film and in its message was very uplifting and encouraging. We are so happy now to be able to share the film with those who supported us from the beginning. 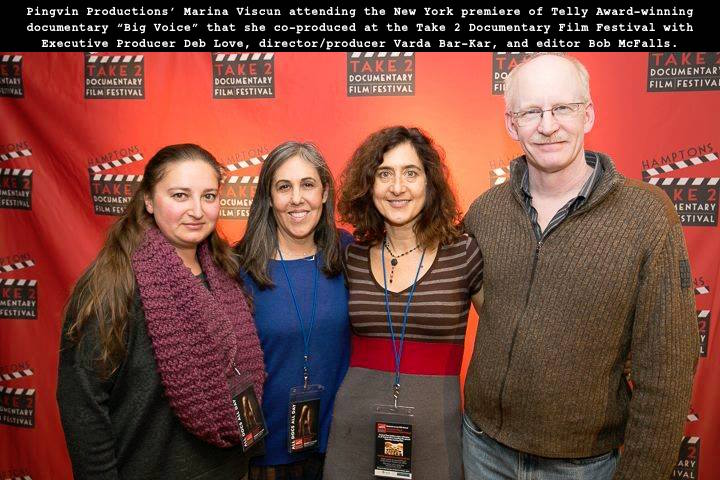 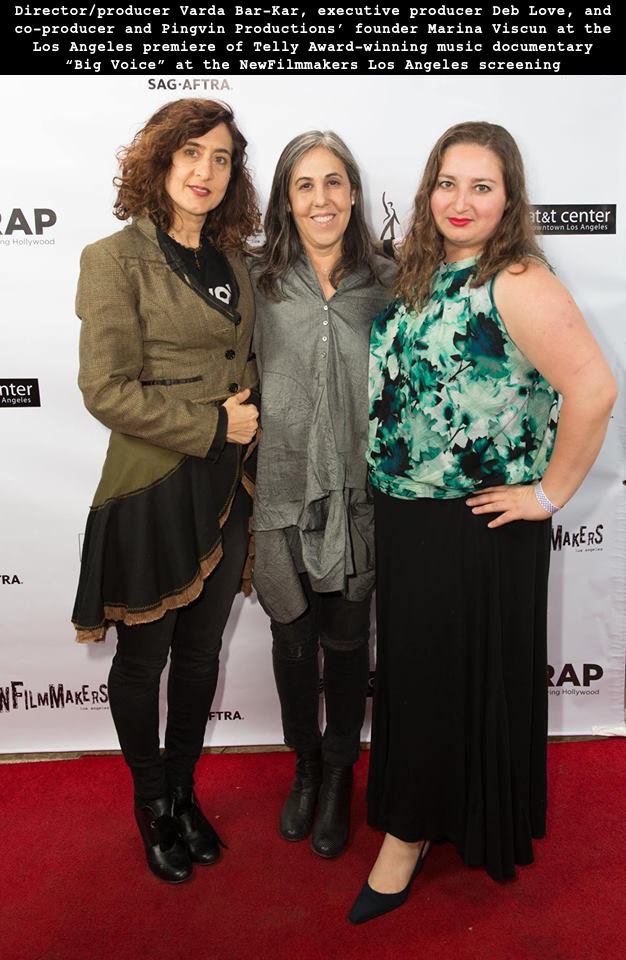 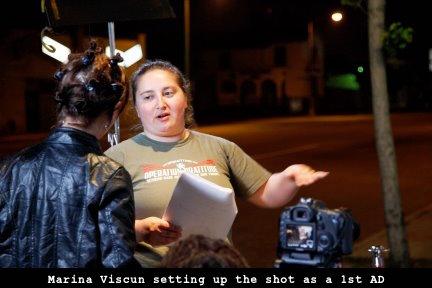 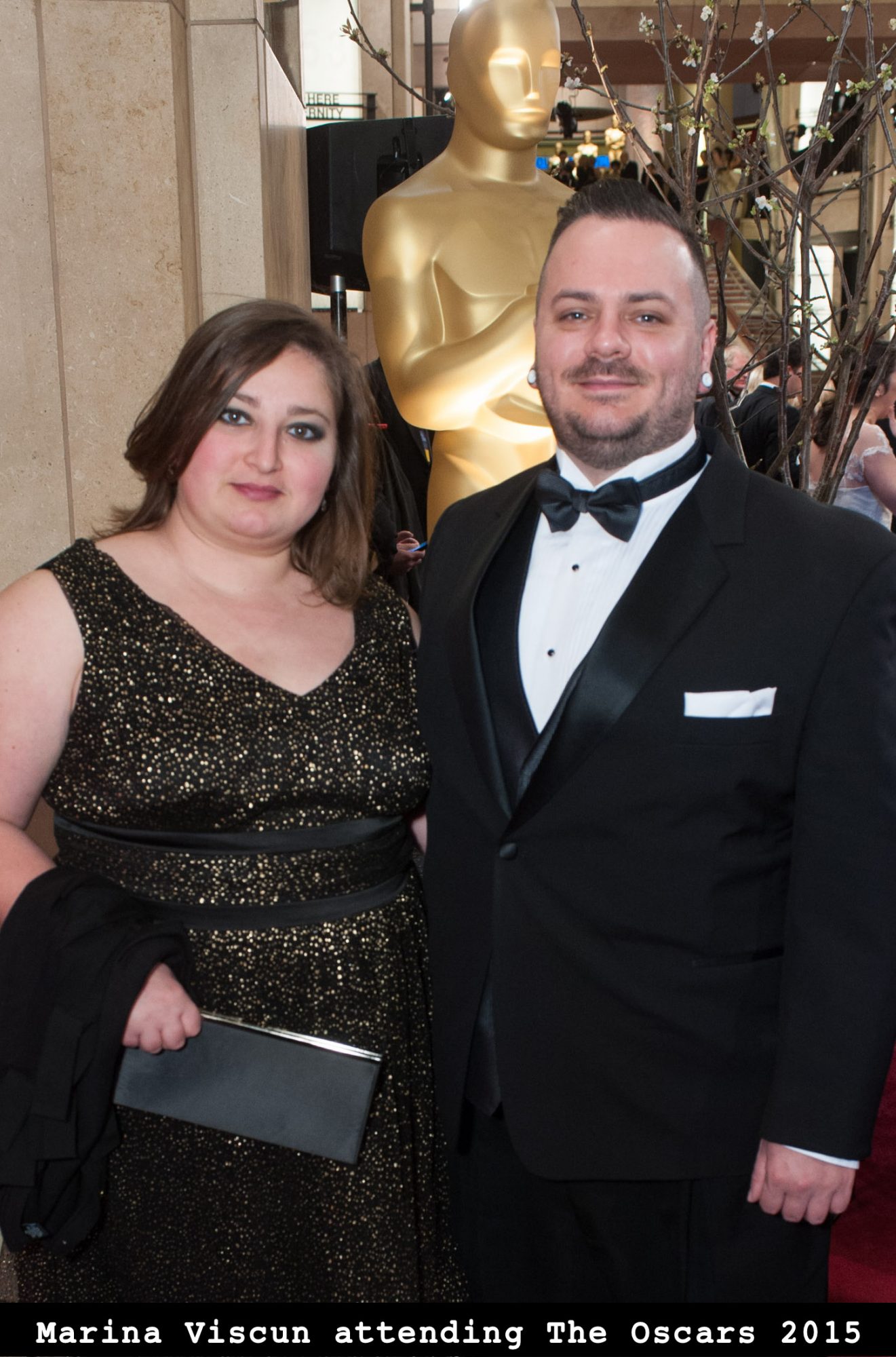 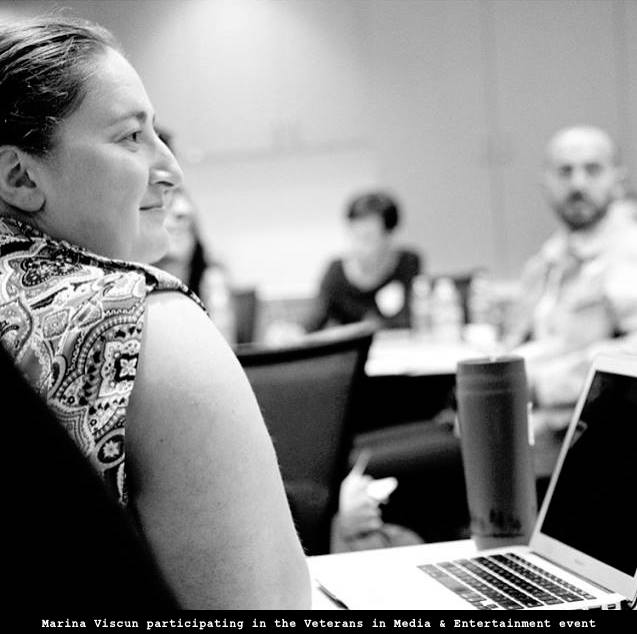 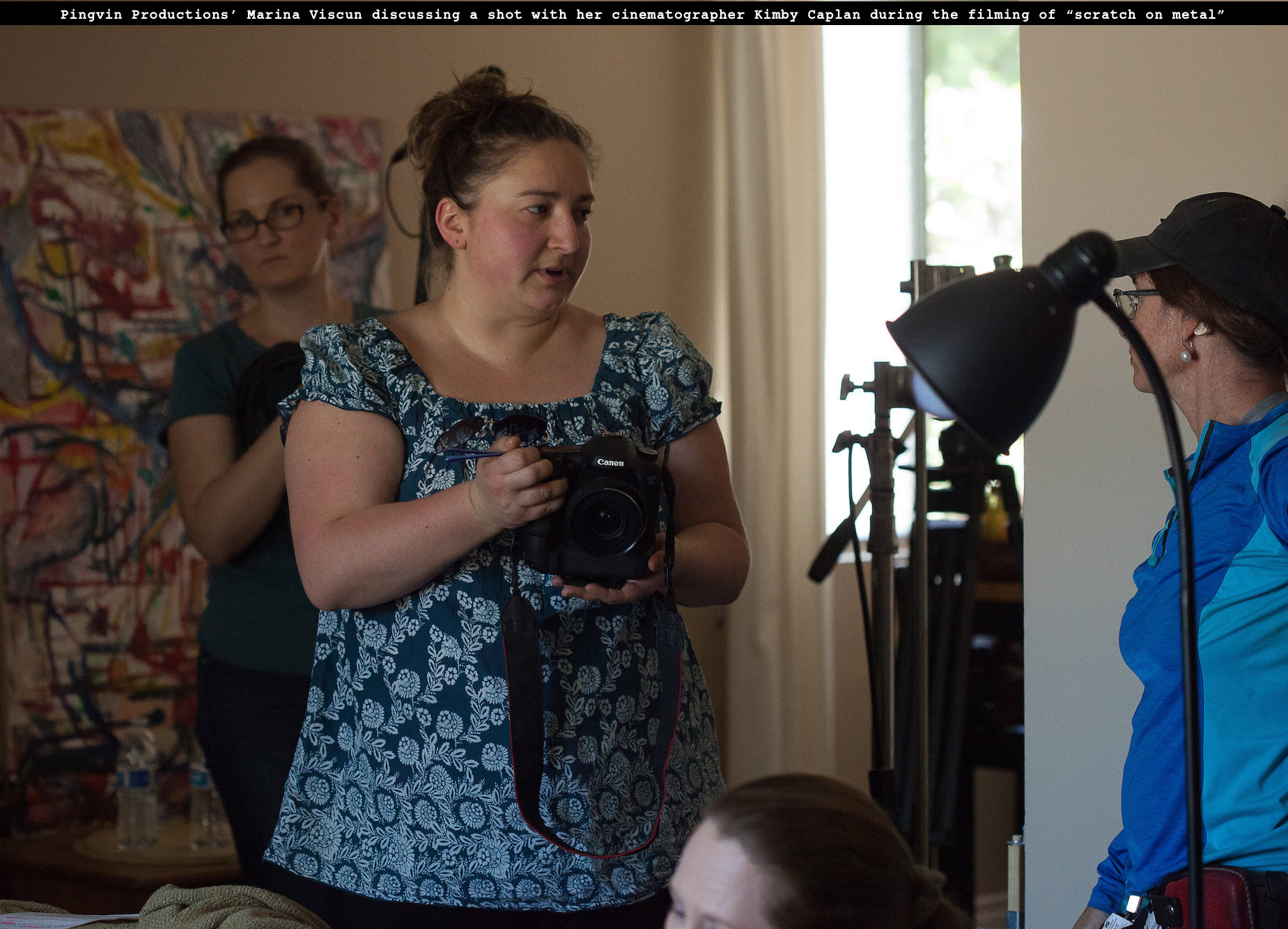 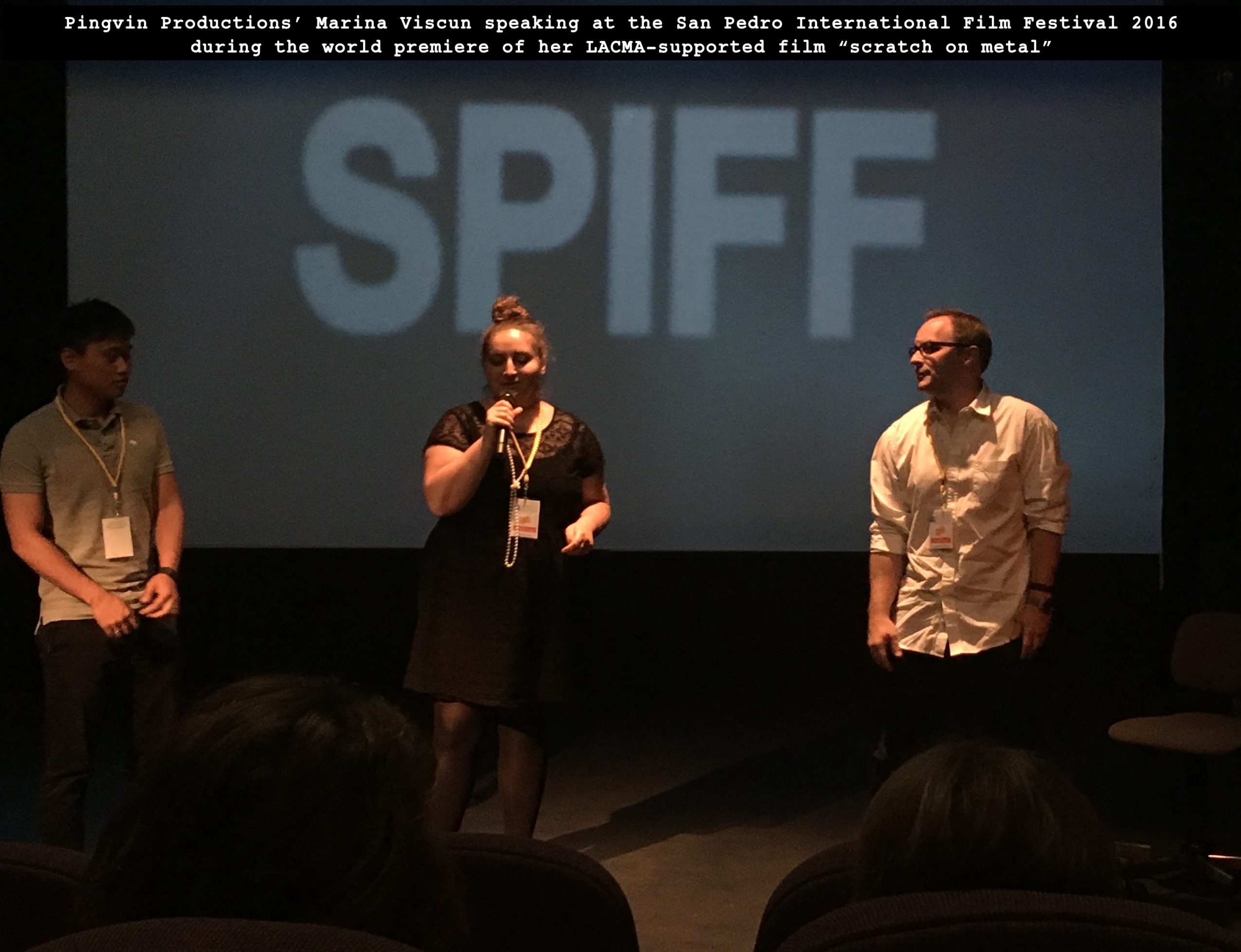 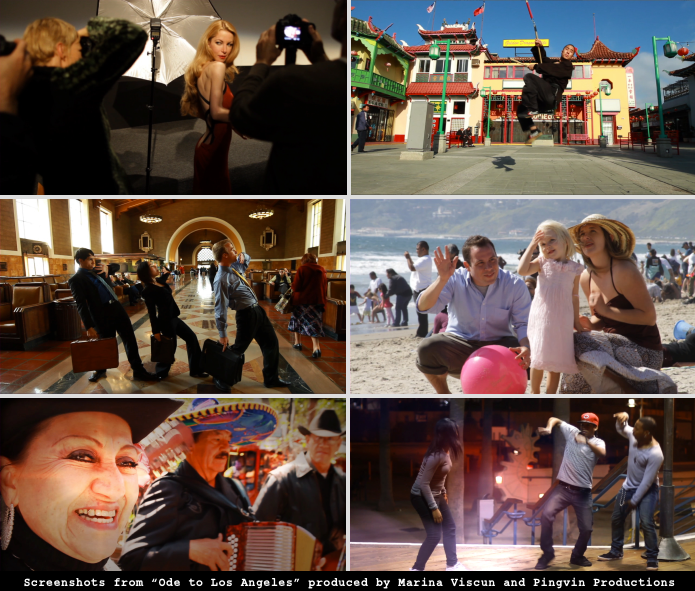 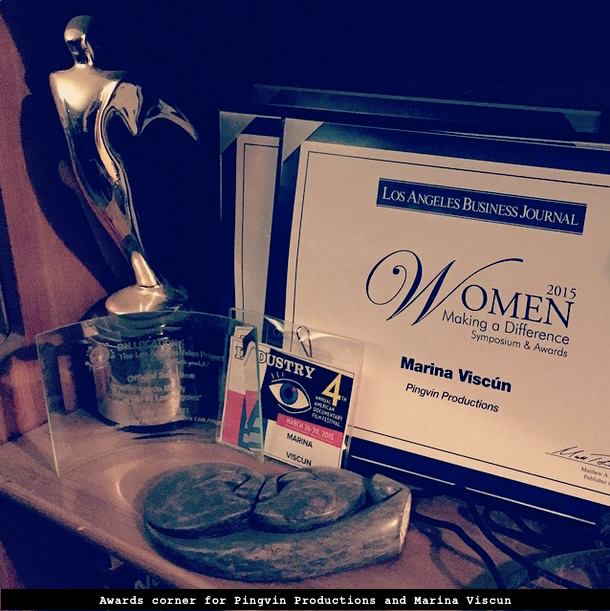 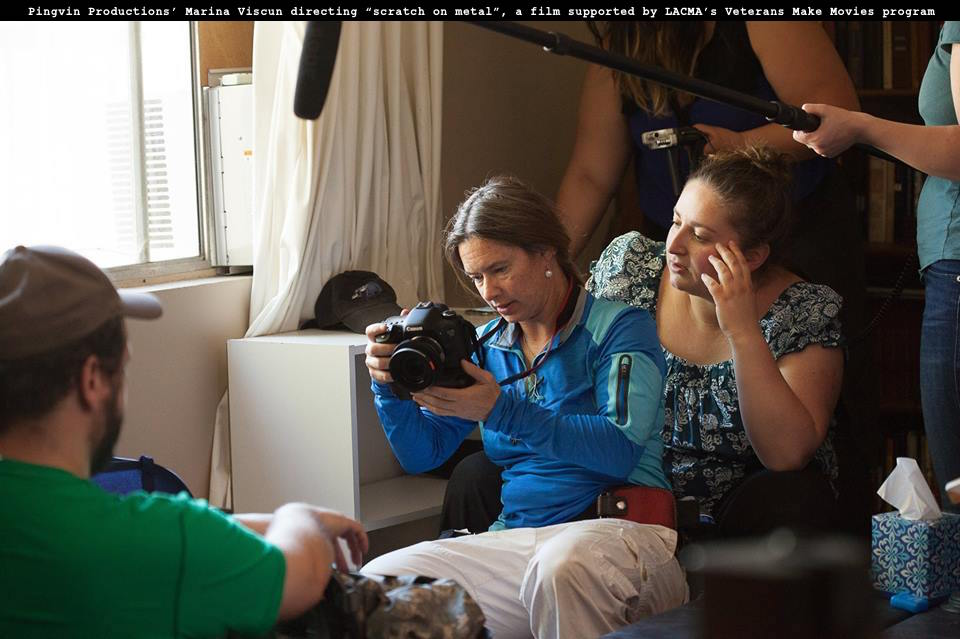 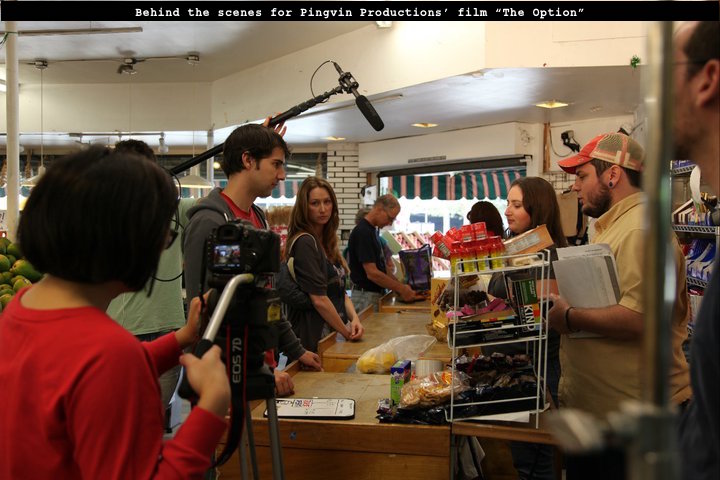 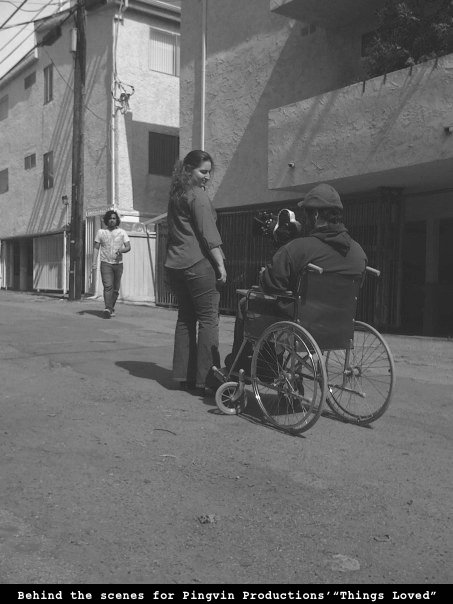