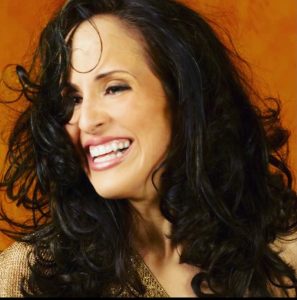 Today we’d like to introduce you to Marilyn Sanabria.

Hi Marilyn, can you start by introducing yourself? We’d love to learn more about how you got to where you are today?
On this particular New Year’s Eve, Tony and Crucita (my parents) could not find anyone to babysit me, so naturally (?!) they took me along to a late-night party at a nightclub in old town San Juan Puerto Rico, to welcome the new year. By midnight, I was so sleepy, I could barely sit; that’s precisely when I heard the most thrilling sound ever to hit in young ears, this heart-stopping beat that pulled me right out of my chair. I couldn’t help myself, I ran through the dancing crowd, hopped onto the small stage where the live orchestra had just begun playing, and I started dancing myself to these wonderfully unknown sounds and beat, with the type of abandon only innocence allows. The music grew louder. I was laughing, I remember. Having a blast. I even closed my eyes and just kept dancing. I was too young to know it back then, but now I realize how happy I was in that moment. When the set ended, the crowd exploded in applause and cheers! For me? Yes. For me! Wow. I looked for my mother in the crowd. I was certain she’d be so mad at me for having run from our table and dared to climb on stage without permission. Then I saw her face; she was shocked, yes, but she was also smiling and there was this look in her eyes –a look I knew instantaneously I wanted to see again and again– it was a look of pride. The band leader walked over to me, on stage, and asked me my name. A very timid voice somehow managed to squeak out of me. ‘Marilyn’ I said. He turned to the crowd and said, ‘Ladies and Gentlemen, it is my great pleasure to introduce you all to Marilyn!’

The audience roared again. The name of that band-leader was Tito Puente, the legendary “King of Latin Jazz”. And I was five years old.

That was my first performance ever. On our way home, I told my mother “that’s what I want to do when I grow up…” I also told her, “one day, I’m going to be in movies, in plays and on TV!” She didn’t answer, she just smiled. And then, I saw that look in her eyes again. I loved that look so much.

We all face challenges, but looking back would you describe it as a relatively smooth road?
I did become an actress, eventually; I’ve been fortunate enough to appear in many plays and act out great roles on film. I’d like to think that, through all of my performances, I have brought a smile to many more people’s faces since that New Year’s Eve in that San Juan nightclub. But the journey has not always been smooth or easy. There were obstacles along the way, of course. Some external, others internal. To begin with, I had to chase my dream across the map – from Puerto Rico to New York, when I was just a teenager; then, later, to Los Angeles. Learning English, when my family first moved to the Bronx, was one of the many initial difficulties. I spent long periods in silence, at school, with full-blown conversations going on in Spanish, inside my head, because at first I couldn’t communicate with my classmates. No one in my family was in the entertainment industry, so I was on my own to pursue my dream. The tragic loss of my brother, then of my mother and, later, my father filled me with loneliness, fear and doubt, and in many ways paralyzed me. However, it may be a cliché to say that it was my love for my craft and the deep belief in something greater than myself that carried me through the harder times, but it is the actual truth. I hung on for dear life. In the end, the hardships made me a stronger woman; more resourceful, more resilient. Allowed me to be relentless in my pursuit. My passion for life and my art have grown deeper each day, and for that, I am grateful.

As you know, we’re big fans of you and your work. For our readers who might not be as familiar what can you tell them about what you do?
I have had the pleasure to play many great characters; women of courage, women who are flawed but feisty and stubborn about what they want; women in love, burning with fragile humanity; women on the verge; funny women, too! Being able to do theater and act in films in both English and Spanish, in the US and abroad, has been enriching to me not only as an actress but also as a human being. Saying texts written by Lorca, Marquez, Calderon de La Barca, Mamet, Shakespeare, etc., has been a privilege. Collaborating with new writers and directors has been truly exciting for me. It’s been an often difficult journey, as I mentioned, but so, so deeply wonderful too.

And, in between gigs, I’ve also been known to get down and teach a wild Zumba class; coach fellow actors for auditions; visit Alzheimer’s patients who don’t have families in L.A. (my mother ended up suffering from early onset Alzheimer’s); and babysit dogs. Not a dull moment, really.

Can you tell us more about what you were like growing up?
Since I was a little girl, and throughout my whole life, I have been “randomly” finding stars on the ground, wherever I am, wherever I go – stickers of stars, cut-outs, all shapes and sizes, made from all kinds of materials. Without question, I’ve always picked them up and put them in a box. I still do. Once, my mother asked me, “why do you think you find them?” I said “They guide me, Mamá. Every time I find one, I know that I am on my path….”

So that’s who I’ve been, this whole time: a woman following her stars, all the way to her destiny. Sometimes when I walk on Hollywood Blvd’s Walk of Fame, I chuckle – that’s a lot of stars to put in a box…. 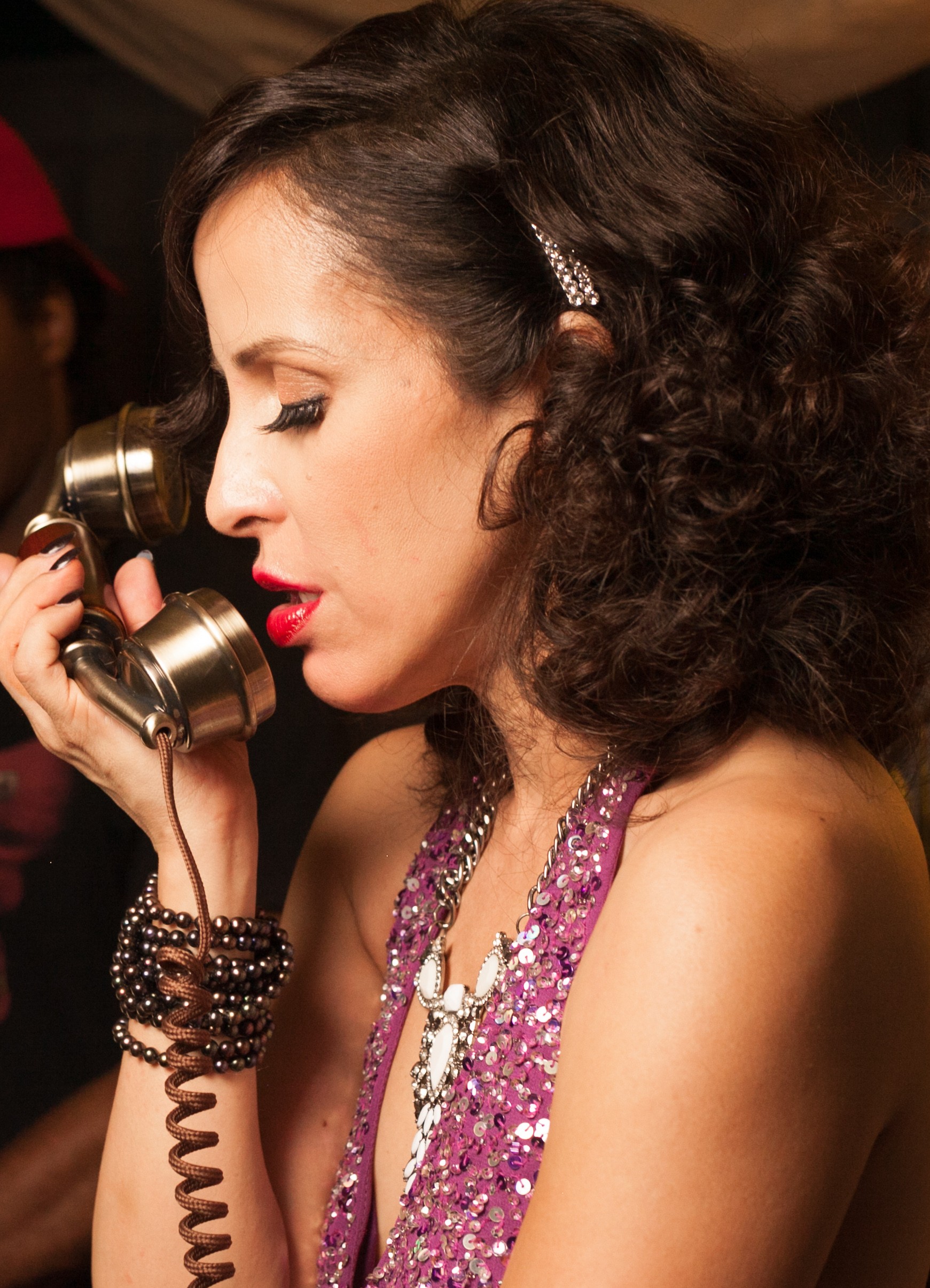 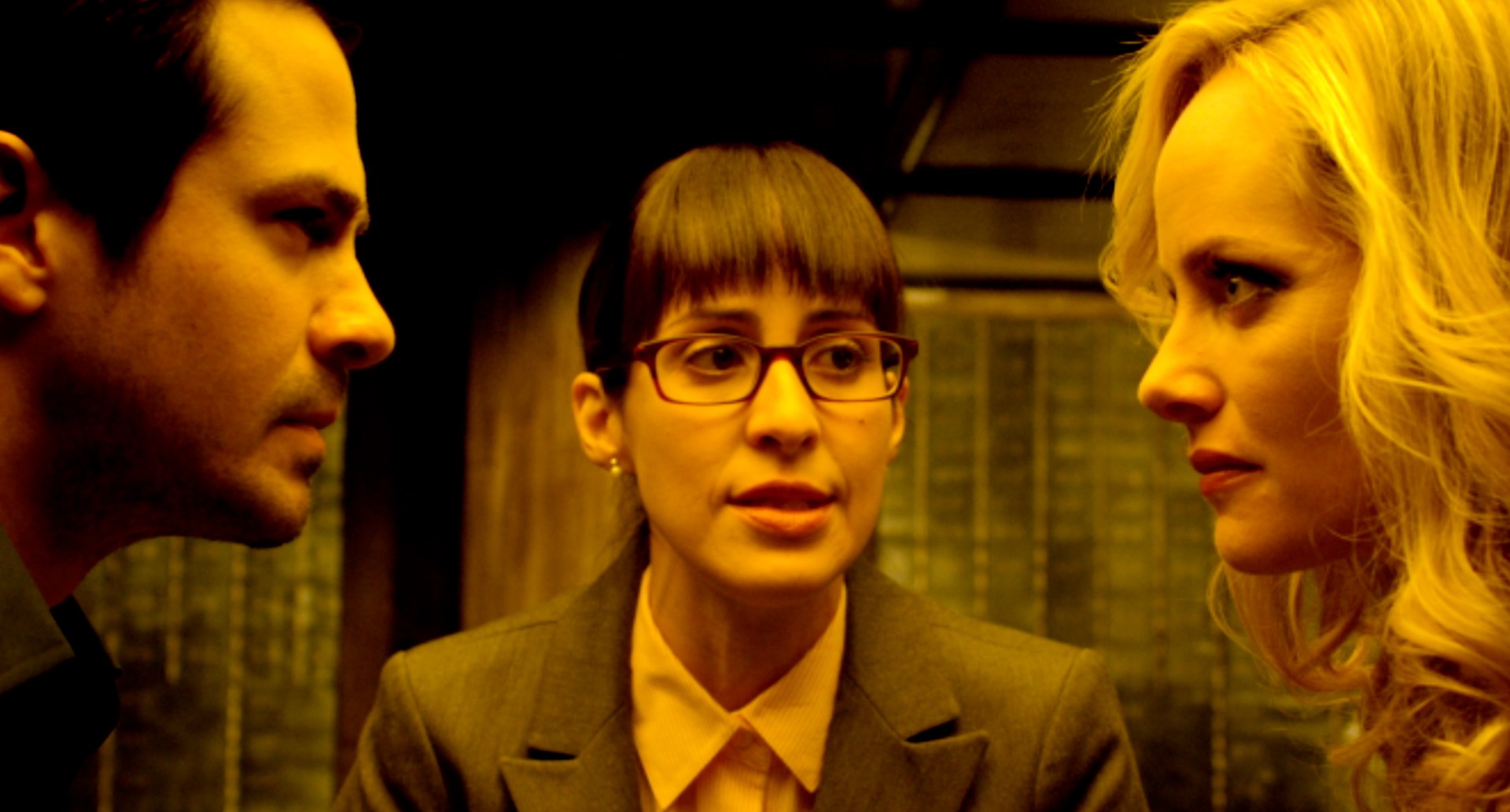 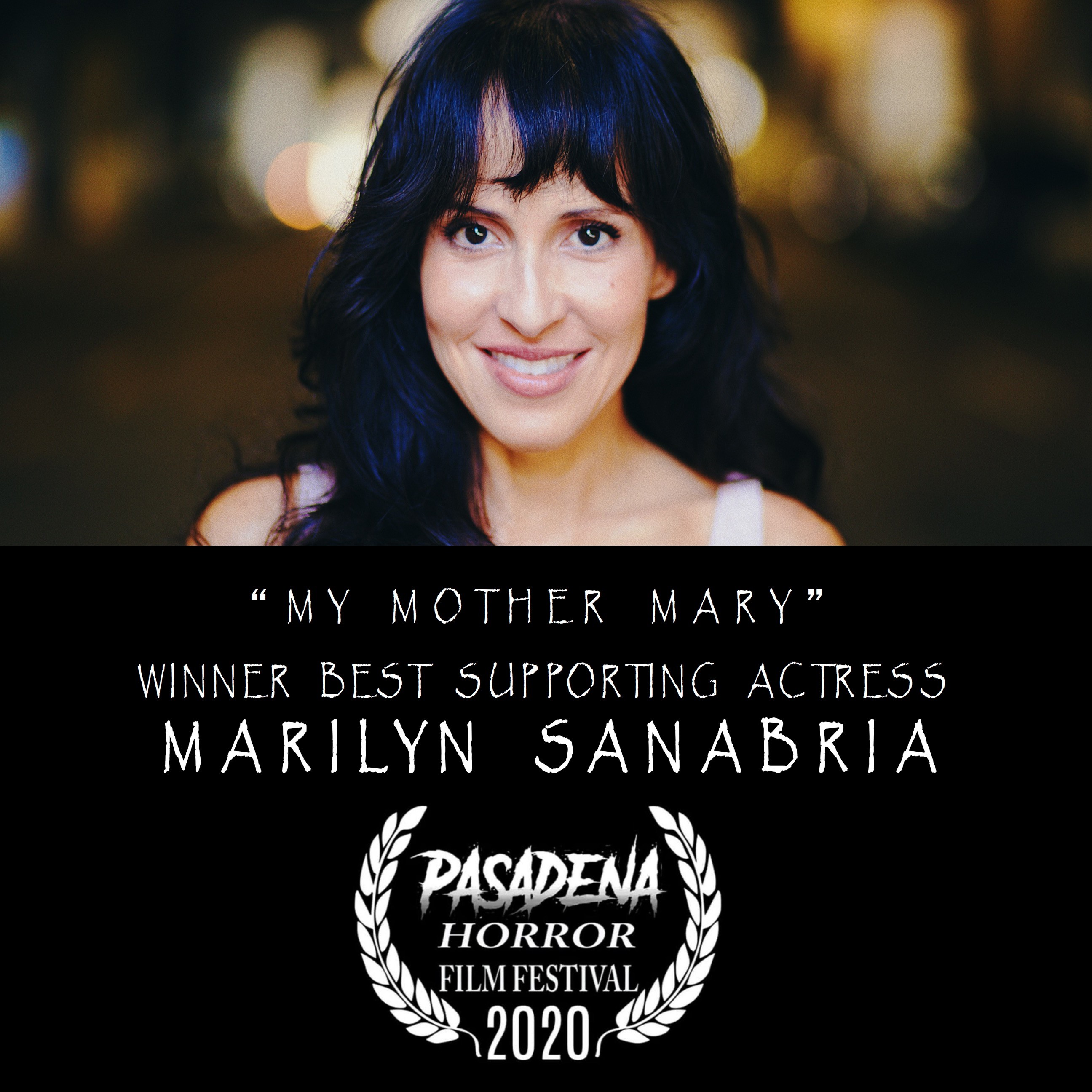 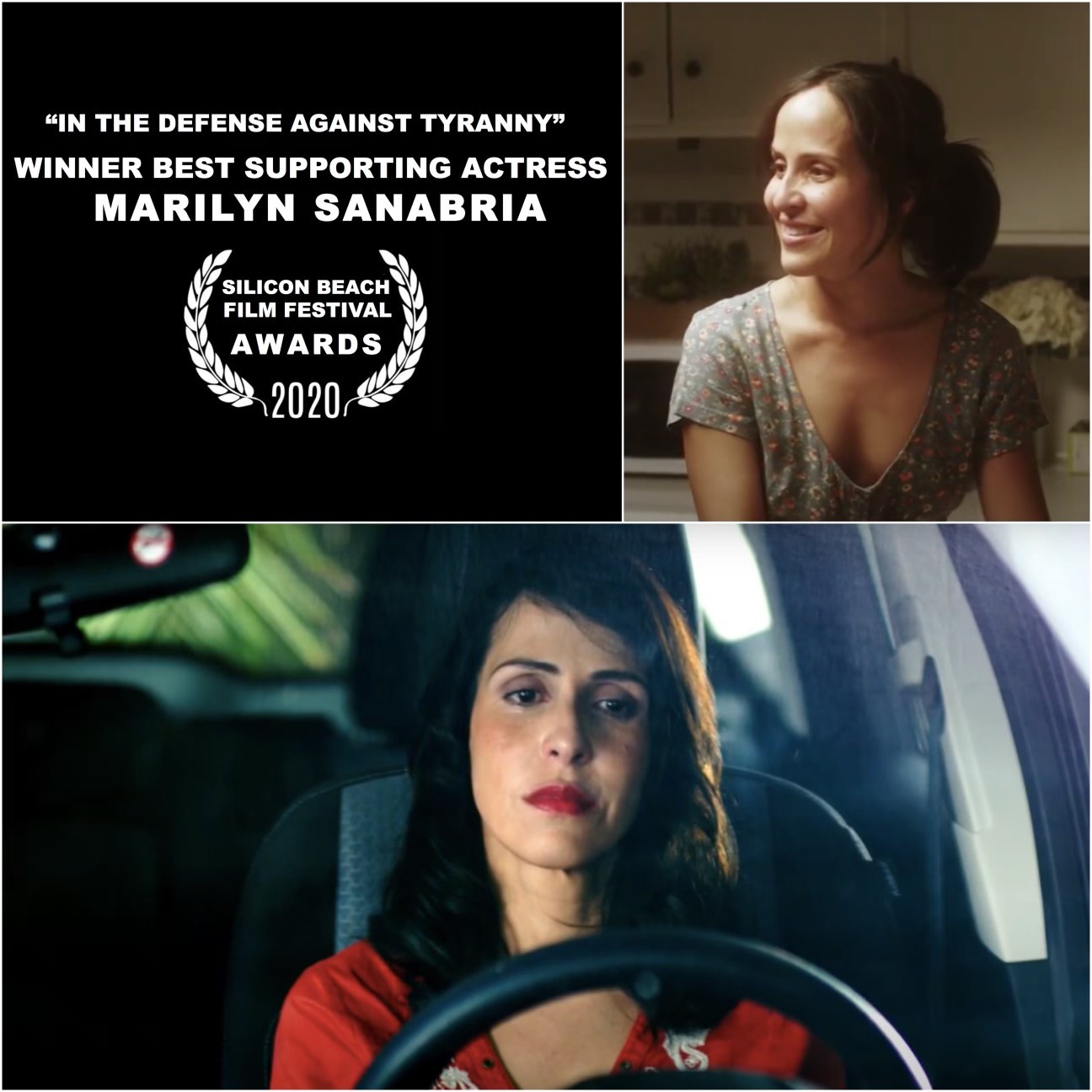 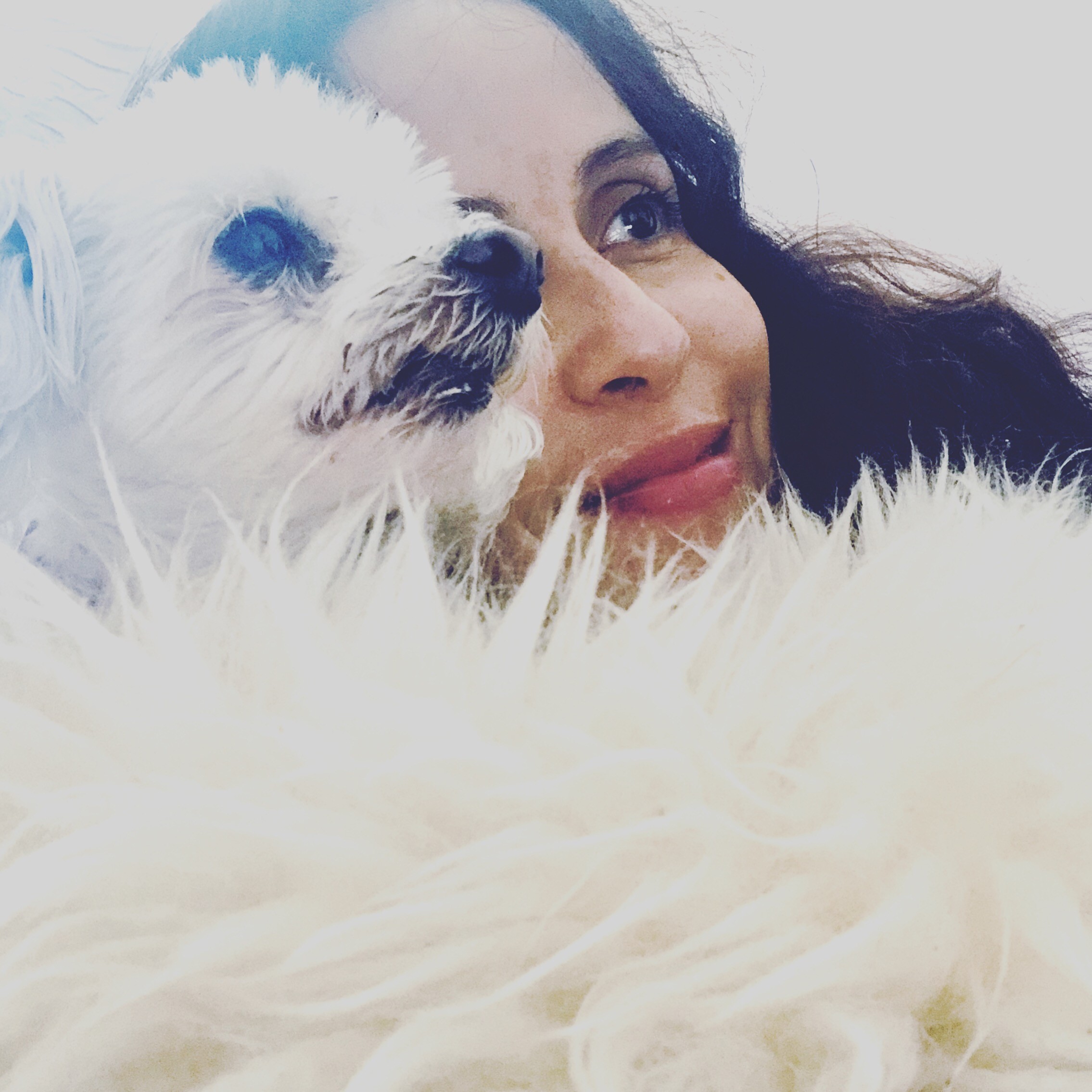 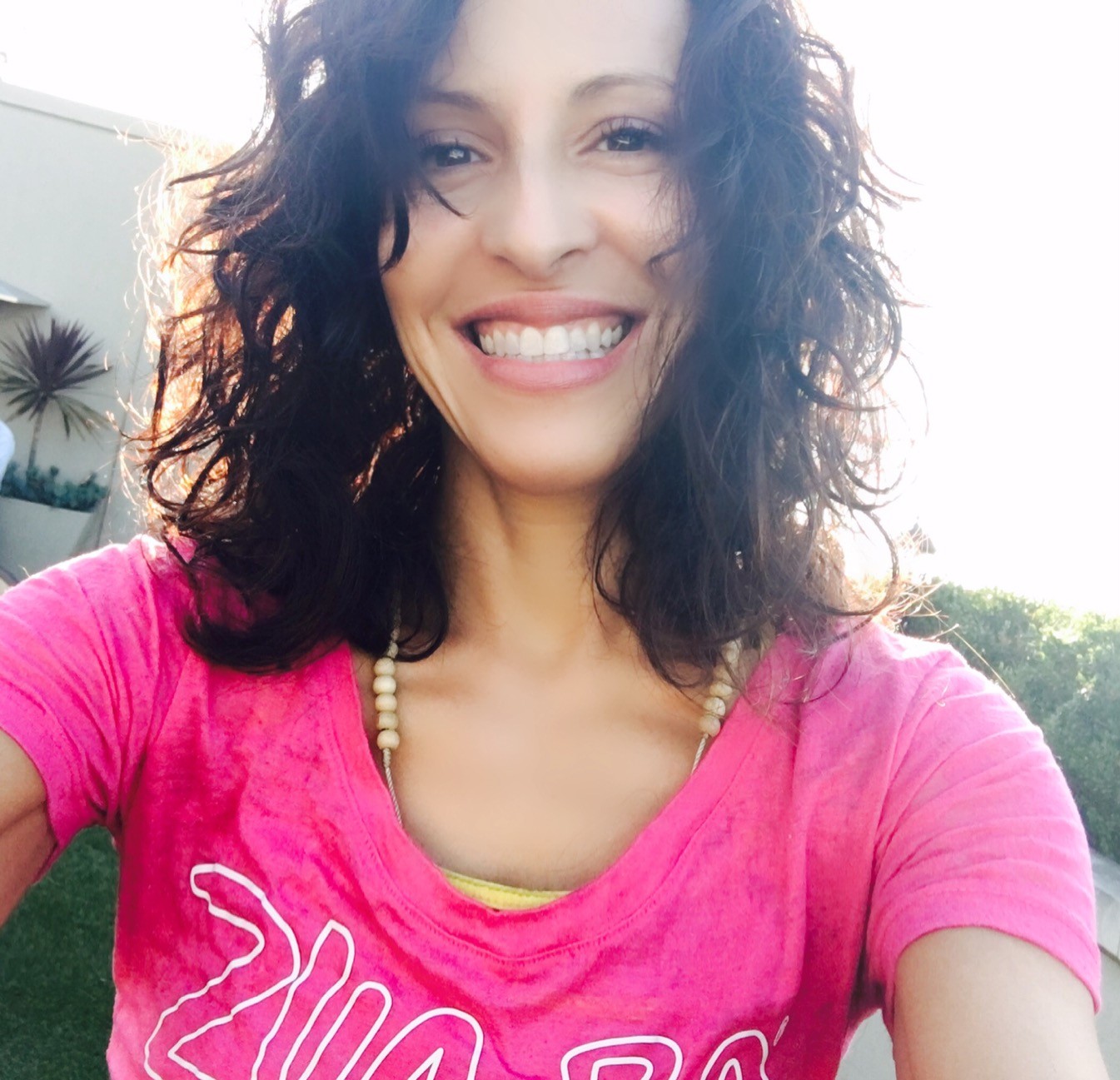