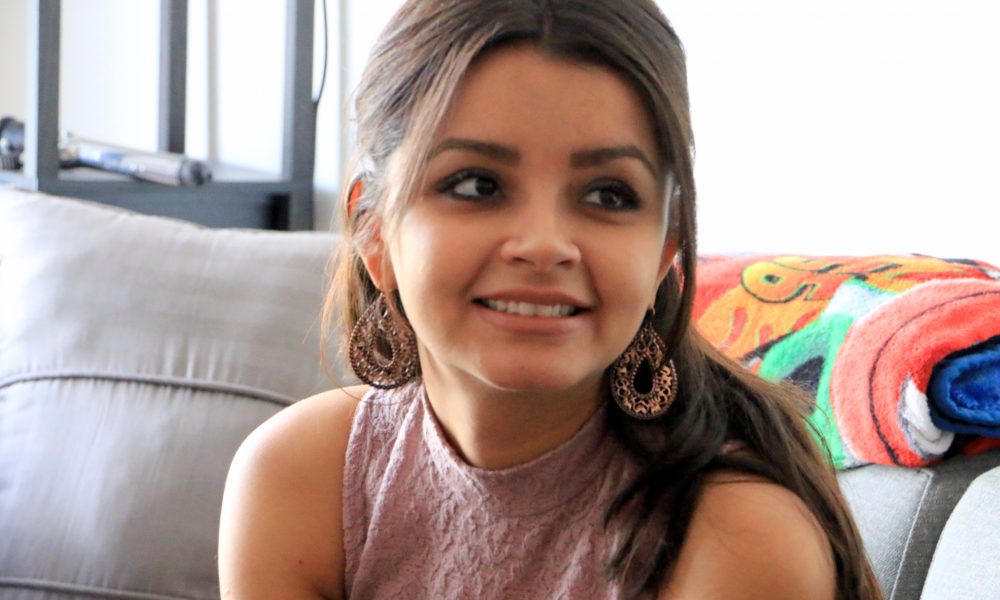 Today we’d like to introduce you to Mariel de la Mora.

Mariel, please share your story with us. How did you get to where you are today?
I’ve had an interest in the arts since I can remember. I was put in dance classes very young. My parents figured “if she can walk, she can dance!” So my very first life memories are of class and dance recitals. I grew up in Zihuatanejo, Guerrero, Mexico. It’s a beautiful coastal city. I was graced with a gorgeous childhood marked with dance, ocean and music. My dad is a singer/musician and my baby-sitter adverse parents took me everywhere they went. That meant there were nights of accompanying them from one music gig to another. Instead of being read a nighttime story, I would have my Dad’s singing voice and the warm applause that followed thereafter, lull me to sleep. But all that quickly changed when we moved to the United States and my life as an undocumented person began.

My father uprooted us and we began again in the invincible city of Stockton, California. The arts took a backseat to the task at hand: survival. I was emotionally kept afloat thanks to public school arts programs that gifted me with violin lessons and an occasional dance class. I persevered academically in high school and attended college, still as an undocumented youth. I graduated and as grateful as I was for the experience, it made me realize that I loved acting way too much to not pursue it. After a few setbacks, I was able to ground my life enough to give myself over to this profession. Which is where I am now, still deeply in love with it and just as motivated as when I started.

Overall, has it been relatively smooth? If not, what were some of the struggles along the way?
Being undocumented has not been the smoothest road. It was made extra difficult by my parents’ rule (well justified) to not tell anyone about our status. Because in doing so I would be endangering the whole family. My sister was born just a few months after our arrival. Life changed drastically. I went from being an only child with my own bedroom to being an older sister sleeping on the floor of a small room with my whole family. My mom was no longer working, her time was fully devoted to my sister and I. My Dad was now working all the time, wherever he could. Some of these jobs were at fast-food restaurants. A completely dignified job but one that I had never seen him do. They claimed that we made this big move to have a better life yet all my nine years old brain could compute was that we had been duped. I wanted to shout, “Guys, get your money back! Someone lied to you! Let’s go back home before everyone forgets about us!” But those conversations just played out in my head.

My parents had expertly shielded me from the sudden decline our life took in Mexico. My comparisons were skewed. Now living in this country felt like a morphed reality. I threw myself into academics. It was the way “out,” the way to give back to my parents and redeem their struggles. To even fathom a career in the arts was laughable and almost an insult to their sacrifices. My hard work allowed me to attend UCLA as an undocumented youth. This was before DACA before people even knew about Dreamers. There was a very small number of us who were able to achieve this, we were in the tens. I received no financial aid so the pressure was on, as my parents toiled away to pay for my schooling. I kept my status a secret from everyone who knew me. The only people who knew were people who were in my same situation. I met them in this amazing student group called IDEAS, which allowed us to meet every week and help each other in every which way possible. They were a lifeline.

I continued fooling myself into thinking I could detach from anything artistic. That was until I signed up for an acting class. The inimitable Delia Salvi, who unfortunately has left us, helped me tap into the magic of acting. A life of living in the shadows was eradicated by a few minutes of pure truth. I had never felt so alive in my life, I had never felt like I was so seen and so heard. I finally had a voice. Acting became my refuge from then on. A way to express myself in ways I had been wanting to for years. I continued with my schooling but as it drew to an end, one thing became very clear: I had to pursue it, regardless of legal status.

We’d love to hear more about your work and what you are currently focused on. What else should we know?
I’m still at the beginning of my career and I feel very fortunate that I’ve had the opportunity to act in films, TV and theater. I want to continue expanding my experience in all three mediums. Being an actor in L.A. comes with its own particular set of ups and downs but I wouldn’t change it for the world. It’s taken me this long to get to a place where I am doing what I love (without apologizing for it) and I don’t take that for granted.

My life experiences have made me want to pursue this career with an increased passion and specific purpose. I see the dire need to have our stories told; written, directed, and acted by people who represent our culture. The positive impact of representation is undeniable and essential for our evolution as a society. My focus is to broaden those horizons for my community and to be an example of perseverance. To show that our dreams are valid and not limited by our circumstances. I felt voiceless for so long and I want to do everything in my power to make sure others don’t feel the same way. The arts saved me in many ways and I feel indebted to give back in any capacity.

One more aspect I want to focus on is mental health. My mental health took a toll as a result of my legal status. A realization that took me years to understand and address. Unfortunately, mental health can be a taboo subject in some families, thus perpetuating said anxiety, depression and so on. It is difficult being undocumented and the current political climate in our country (along with this global pandemic) is only making things more harrowing for our undocumented brothers and sisters. Survival comes first and you slowly lose grip on anything else outside of that until it becomes too big to ignore. It should never get to that point. Therapy is essential but many times, it’s completely inaccessible for my community – an issue that I will be putting my energy towards changing.

Any shoutouts? Who else deserves credit in this story – who has played a meaningful role?
My unbelievably brave and astounding parents. To selflessly detach yourself from everything you know for the chance of giving your kids a chance at a better life? Wow. All immigrant parents deserve medals of honor in my humble opinion. They have led by example. Their love knows no bounds and it has guided me through everything in life. I would be lost without them.

My younger sister who is not only been my rock but has the biggest heart. She is wise beyond her years and inherited my parents’ bravery. She is currently an EMT in San Francisco. Her choice of profession perfectly exemplifies the person she is. She’s a helper through and through and this world is a better place thanks to her.

My husband who is the embodiment of kindness. He is an incredibly talented actor and has been my mentor through this career. He has picked me up when I’ve been down and been my biggest cheerleader in every win. Any past, current and future success is thanks to him. Also, I’m so thankful for his family who has added so much joy and love to my life.

This career has introduced me to some of the brightest, kindest most passionate people I’ve ever met. Teachers, mentors, peers and lifelong friends. The list of people is too long – lucky me. But even before embarking on this career, I’ve been fortunate to be surrounded by incredible human beings. Friends who have helped me emotionally, financially and spiritually. One instance that comes to mind was when I was accepted to UCLA and had no money. One of my best friends along with my community got together and did an auction without telling me. They then presented me with the money afterwards. I was floored. It takes a village.

My family back in Mexico is also another source of love and support. Distance is no match for their love. I want to be a better human being because I’ve been shown such astounding examples my entire life. 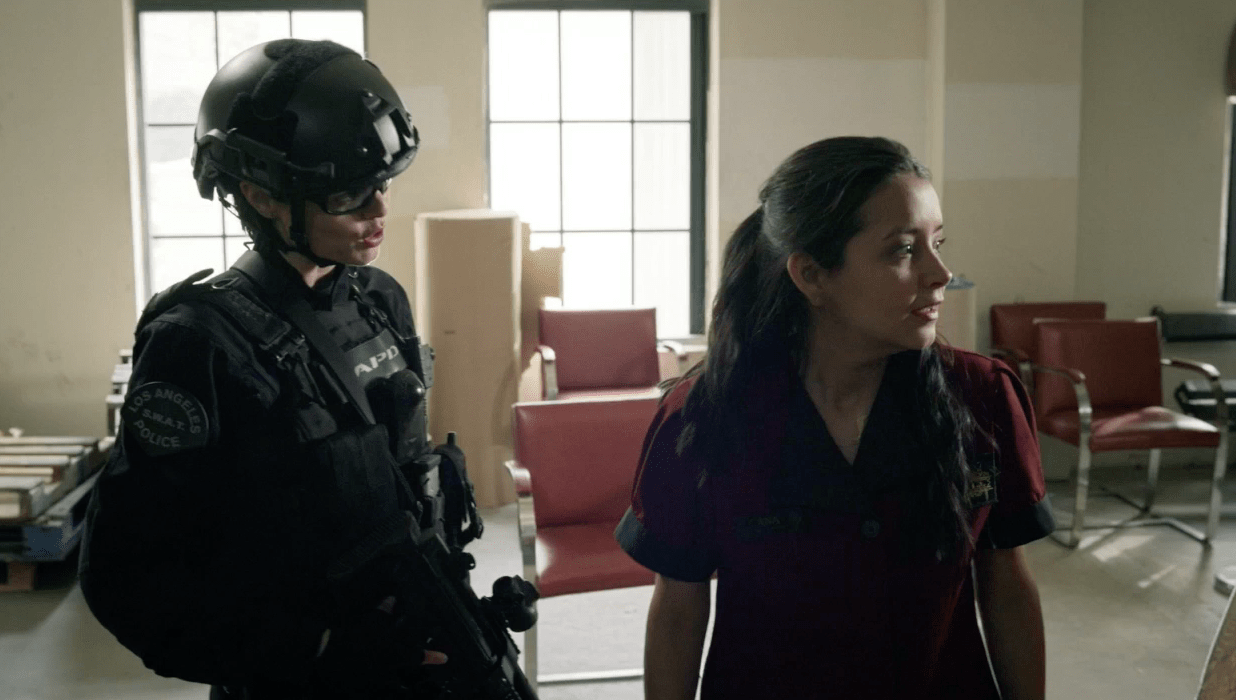 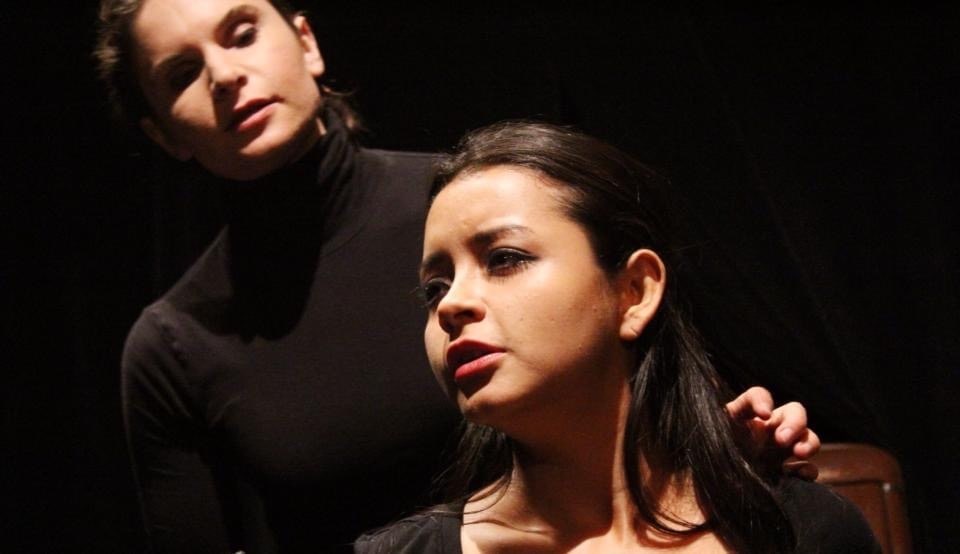 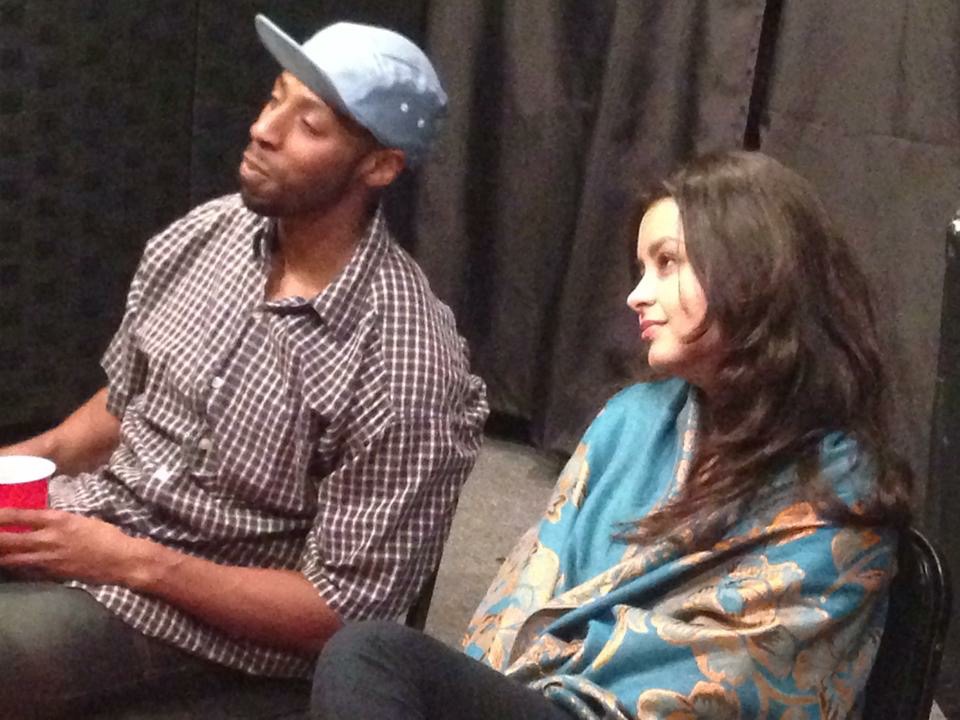 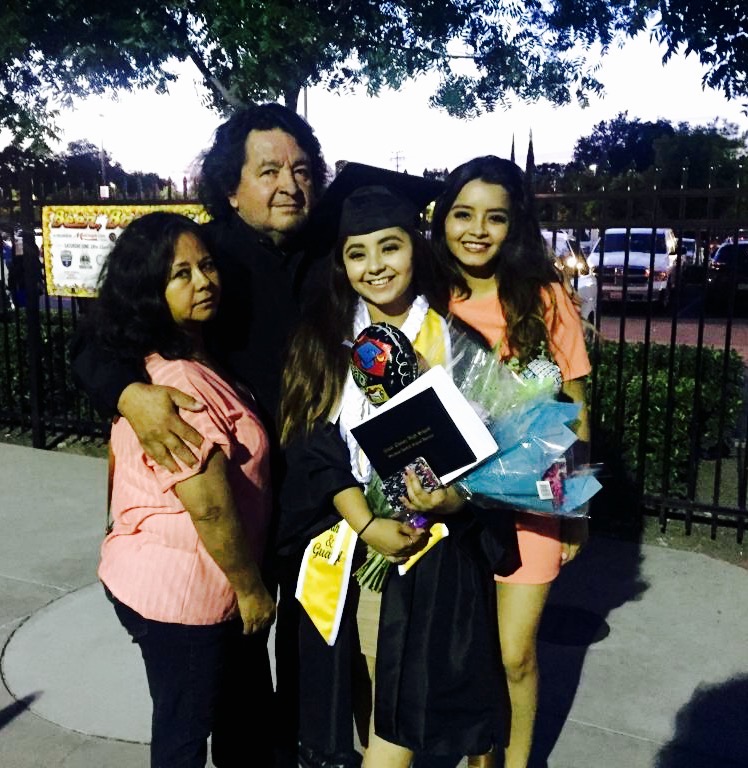 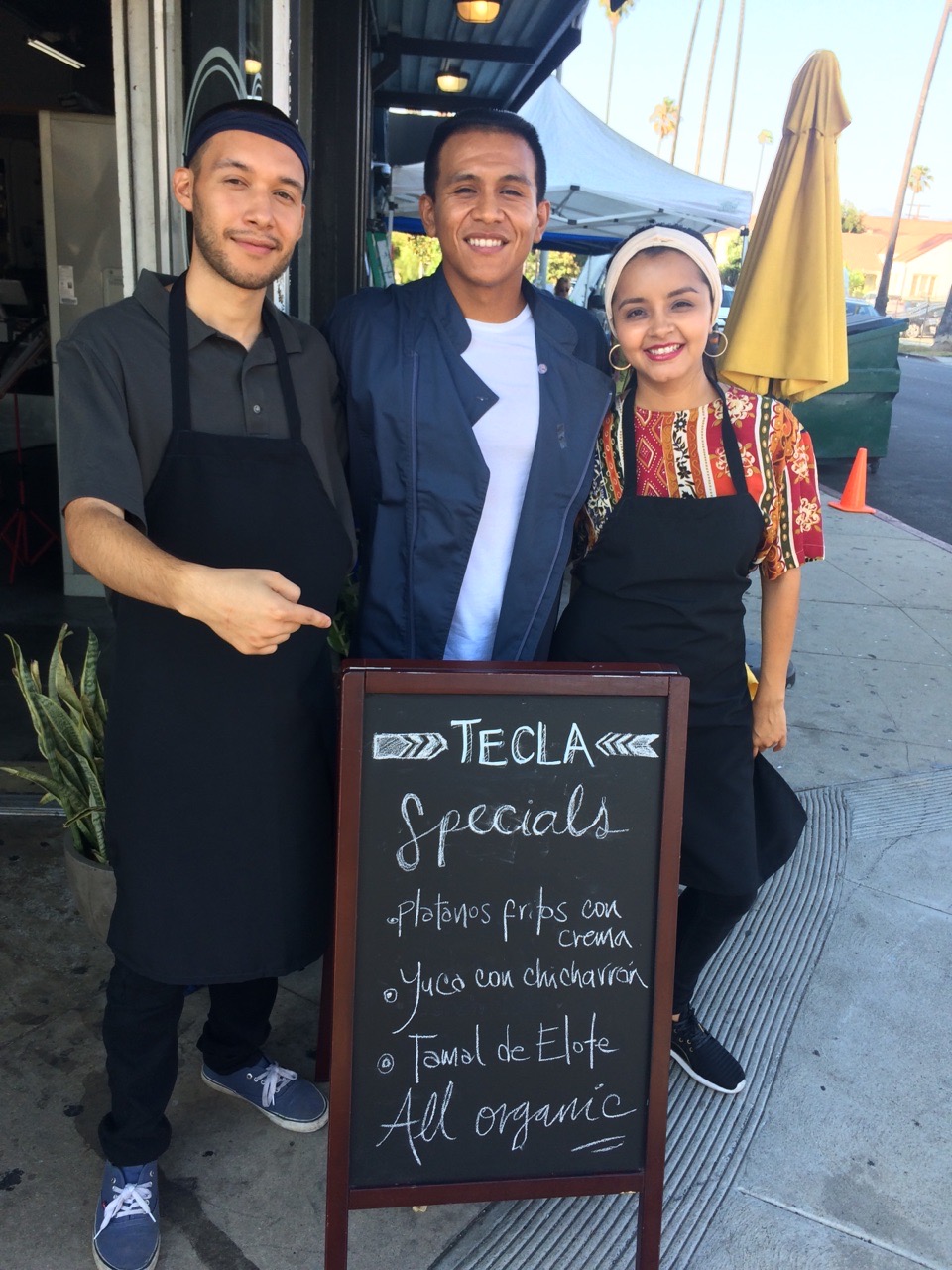 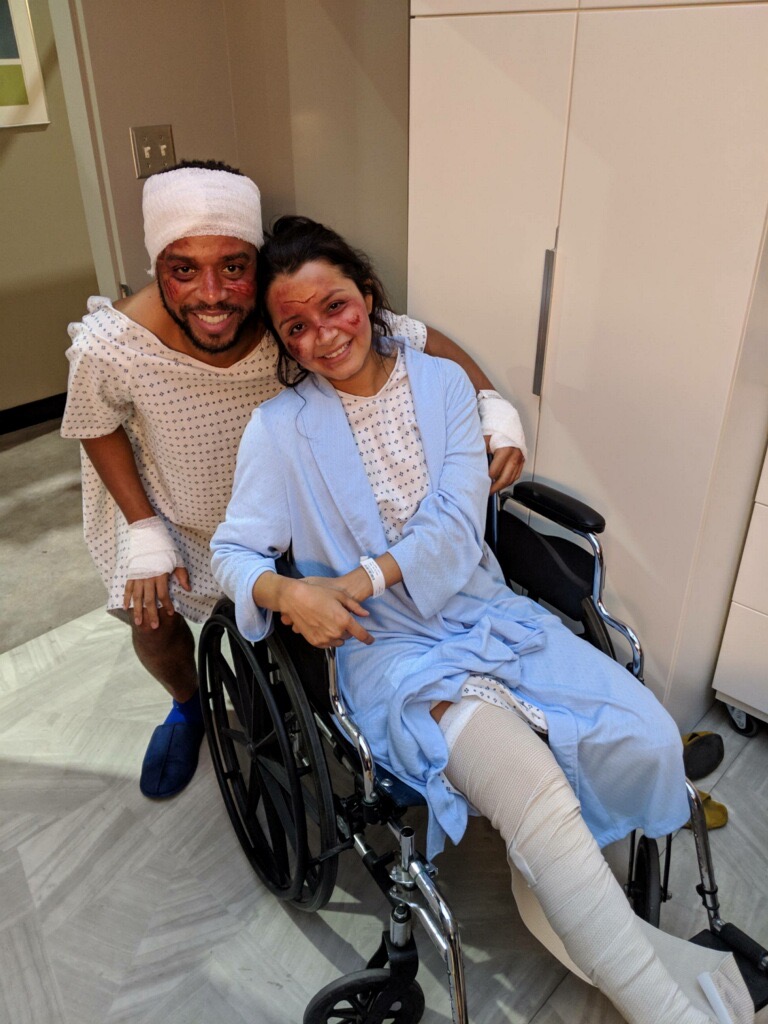 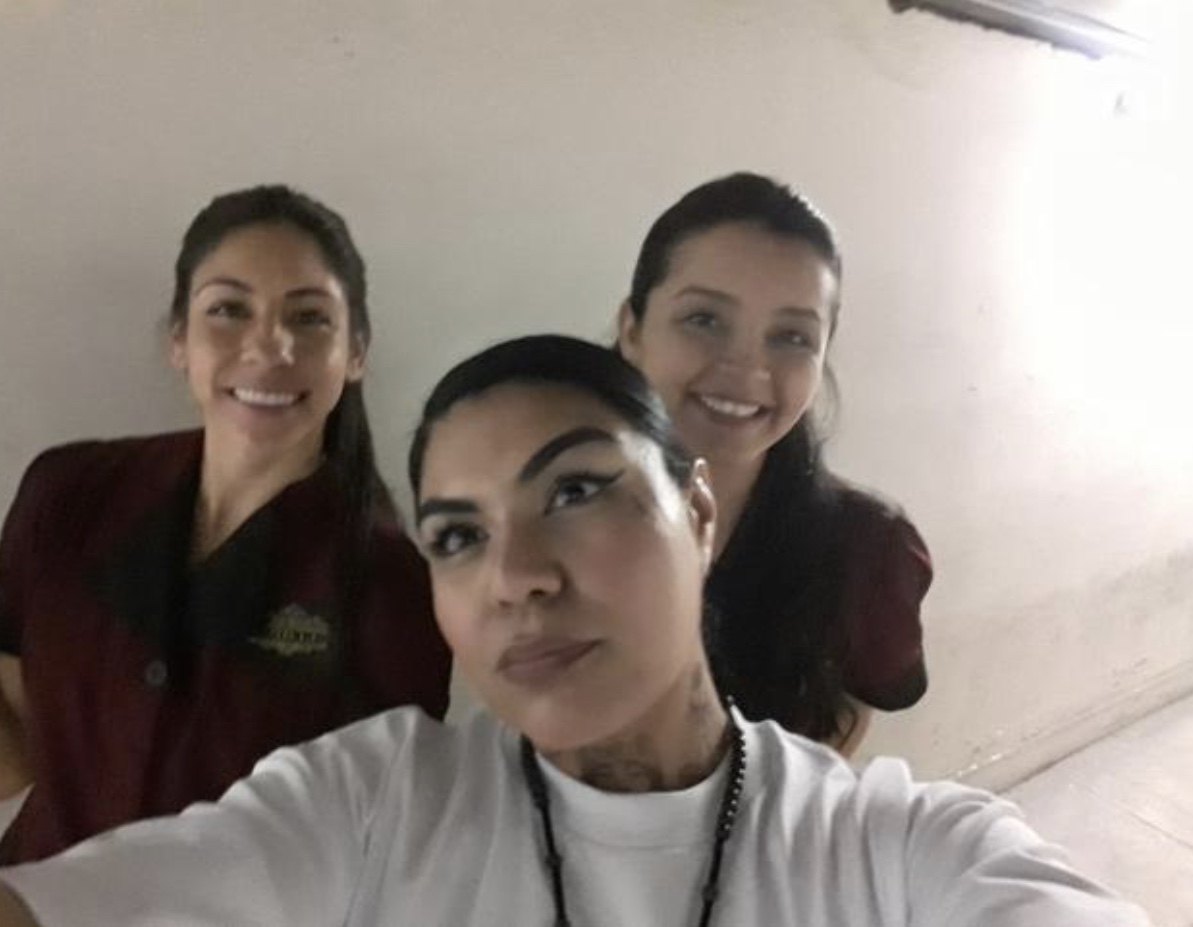 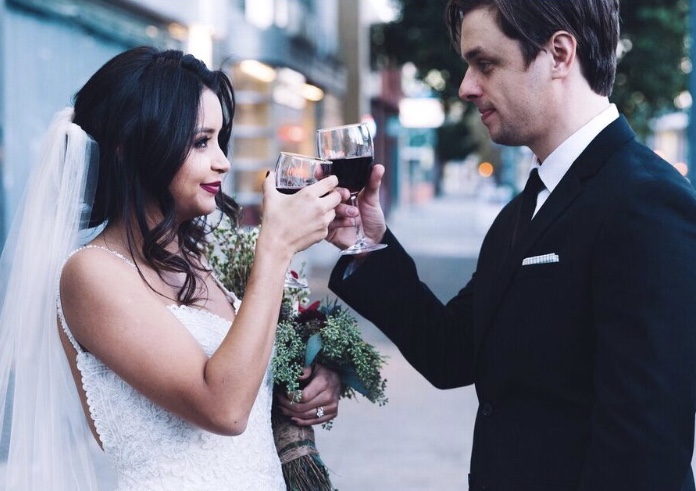 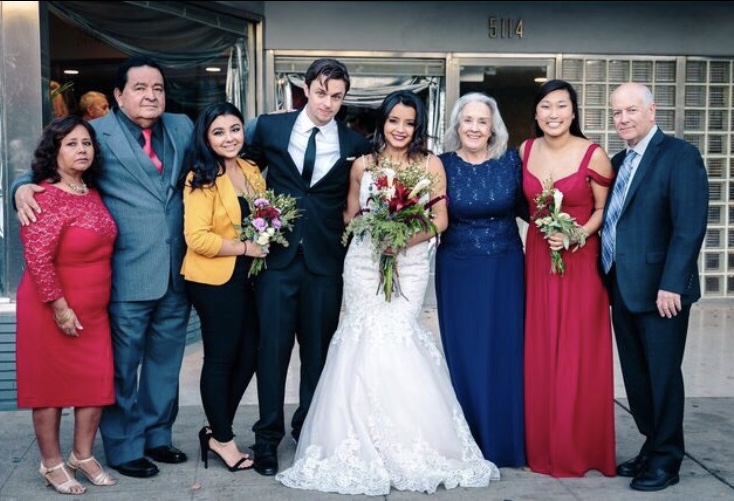