Meet Mariah Escobar of No Longer Them in East Hollywood 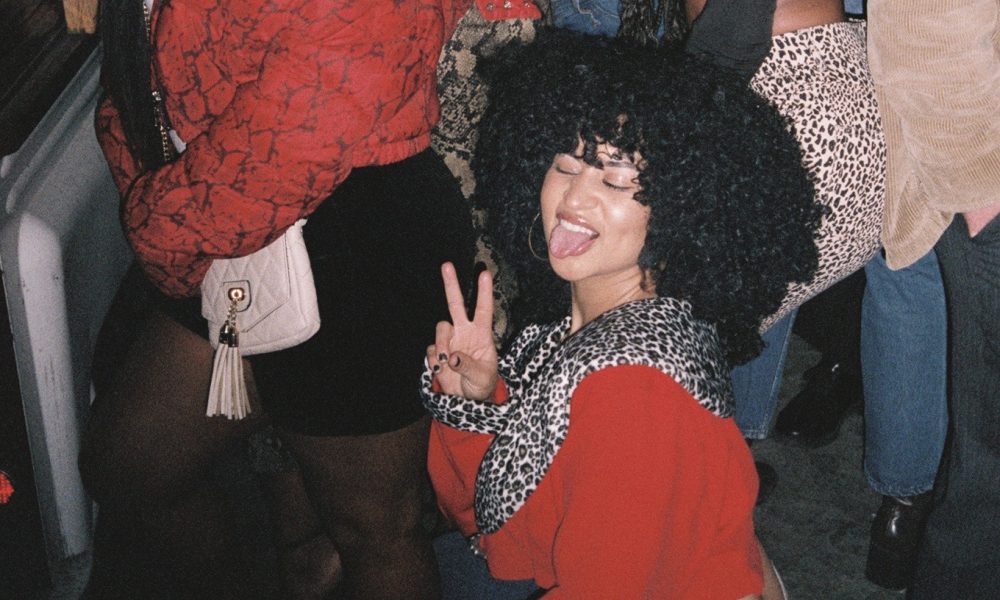 Today we’d like to introduce you to Mariah Escobar.

Mariah, can you briefly walk us through your story – how you started and how you got to where you are today.
Ultimately I’m a 20 something years old entrepreneur that was born and raised in southeast San Diego and am the second born child of my single mother’s 4. Once I realized the creative opportunities were limited in San Diego, I eventually ended up emptying my bank account to move to LA in 2018. From a young age, I was always creative and I think my creativity has always been within and has just evolved and grown with me as I evolve personally. Early on, I remember being inspired (still am heavily) by my mom and aunt’s old pics in the way they not only looked but the outfits and overall the whole aesthetic they brought. My initial start to sewing/design was in a way accidental. I had just got to middle school and in 6th grade the big thing was skinny jeans and my only problem was that I didn’t own any so as any kid would do I started by simply asking my mom to buy me a pair, her response was a hard no but her no was only because she just personally thought boot cut looked better which she expressed.

Me being who I am went back to my room and said to myself well she said she wouldn’t buy them but she didn’t say I couldn’t make them so with absolutely no prior experience at hand sewing and only a pair of scissors + 99 cent sewing kit (would never recommend for denim) I made all the jeans I owned skinny. As middle school went on everything I sewed was only for my own consumption and not initially for sale but once I got to high school that would eventually change. In 10th grade, all of my outfits included high waisted shorts and by then I was a master thrifter because my mom was not buying me the $60 Etsy already made high waisted shorts so I began cutting my own, from $3-$5 jeans I would thrift and eventually would take that further by customizing them by hand sewing on bandanas to the pockets or different trims I would buy from craft stores.

While I knew the compliments became a constant on the shorts, I was wearing & making, I never even thought about doing it for money until one girl asked if she was to pay me and provide her own jeans if I could make her a custom pair and pretty much from there on the rest was history with clothing. I created a brand and rebranded twice before I solidified my brand as “No Longer Them” which came after I posted a butterfly dress right before moving to LA and it was my first tweet to ever hit thousands of likes/retweets. My dm’s were flooded with people ready to buy and it was a mess because I didn’t have a site so I was handwriting every order down and trying to keep up as best as I could and once I fulfilled all the orders I moved to LA and started working on my next moves for the brand. Upon my arrival to LA is also when I started more consistently getting people reaching out to me via Instagram to collab on photoshoots or wanting to employ me for modeling gigs and that’s what eventually led me to most of the commercial/print work I’ve done.

We’re always bombarded by how great it is to pursue your passion, etc – but we’ve spoken with enough people to know that it’s not always easy. Overall, would you say things have been easy for you?
Man, I was just talking about this to some of my close friends and I was saying how I’m sure my life via Instagram may seem or look as if I just moved to LA and all these things just happened overnight but they absolutely didn’t. I come from a single parent household with three other siblings so my resources have always been limited because from the jump my mom couldn’t necessarily fund my hobbies outright, when I first started I vividly remember taking custom orders from school but mind you I was hand sewing because I didn’t have the means for a machine and one day the needle I was using wouldn’t go through the denim so I kept pushing super hard and when it finally went through it also went through my thumb. I have always had to make a way for myself with nothing or with the little money I did have from working/financial aid (LOL). I can recall when I first started doing online drops and not even being able to sell $50 worth of a product but this is something that nobody gets to see on the backend so on social media it prob seems like things are flying off the shelf. I have had multiple times in this journey where I’ve taken all or most of the money I’ve had and invested it into a product or a collection and couldn’t even break even resulting in a loss of money. I definitely still struggle with things but the things have just evolved like my struggles look different now but I think that struggle will always be apart of any journey and as some things get easier other things get harder.

More recently, I learned the hard way not to share my designs with the world prematurely. I had posted a picture in September of my first watercolor corset prototype with no date to drop or website or anything literally was just excited and shared it and it got a couple thousand rts/likes (which I was not expecting), fast forward to a few months later a specific celebrity stylist had created her own and claimed to have made and people start tagging and sending me the post, etc. I basically cried for a few minutes because I felt robbed and dumb for even posting something prematurely but then I kind of just told myself I can either cry or boss up and continue and still drop it when I planned to. There’s a quote by Jacquemus that I have tried to remember ever since I heard it and he says, “Somewhere your aesthetic speaks to a lot more people than your customers”. As far as my commercial and print struggles they have been a constant but I’ve also done things I could’ve never imagined. As someone that’s 5’3 and a size 6-8 navigating modeling at any degree is pretty rough but in a time where inclusivity is more of a priority there has definitely been opportunity. I have been to so many castings where I’ve walked out and thought for sure I had It and never got a callback.

Right before I moved here I was commuting from SD to LA to keep auditioning for a show I really wanted to be on and I must’ve commuted like 6x before they finally said I didn’t make it to the next round of casting and I was absolutely heartbroken but little did I know that would be one of many. Six months later after moving to LA someone hit me and fled the scene I spun out and my car was left totaled so since then I’ve been out of a car to even drive myself to castings and things which has been another struggle. The industry is tough and you have to remember that nothing is set in stone until you’re literally on set, I’ve had cancels hours before a shoot or asked to keep my schedule free all for them not to book me. Everything has its struggles and no matter what journey you take, there’s hurdles but if what you do makes you happy, you’re more willing to take them on the chin and keep going.

So, as you know, we’re impressed with No Longer Them – tell our readers more, for example what you’re most proud of as a company and what sets you apart from others.
My business name is No Longer Them and after a few rebrands, this name really stuck because as humans we are constantly in a state of evolving whether that be mentally, physically, financially, etc. and I know that for me growing is something I strive to do with any opportunity I’m able to and the aftermath is that you’re essentially no longer the person you once were. We specialize in women’s clothing right now hopefully in the future we can add men as well and I would say as of now we have gained a lot of traction from the most recent corsets so I’d like to think its probably the watercolor corsets that we’re known for. As a company, I’m most proud to say that everything you see has been from the ground up, a one woman team and no investors. My growth as a brand even in the past six months has been insane and its been such a proud feeling to know that I can do this, it can work, and that people do support me and take a genuine interest in what I do. I think the energy of the brand, what we stand for, and our integrity to our customers is what sets us apart.

So, what’s next? Any big plans?
TAKE OVER THE WORLD. Kidding but I’m not, ultimately in my more near future goals is I want to do a fashion week like a full on production and also possibly get my stuff stocked in retailers somewhere. 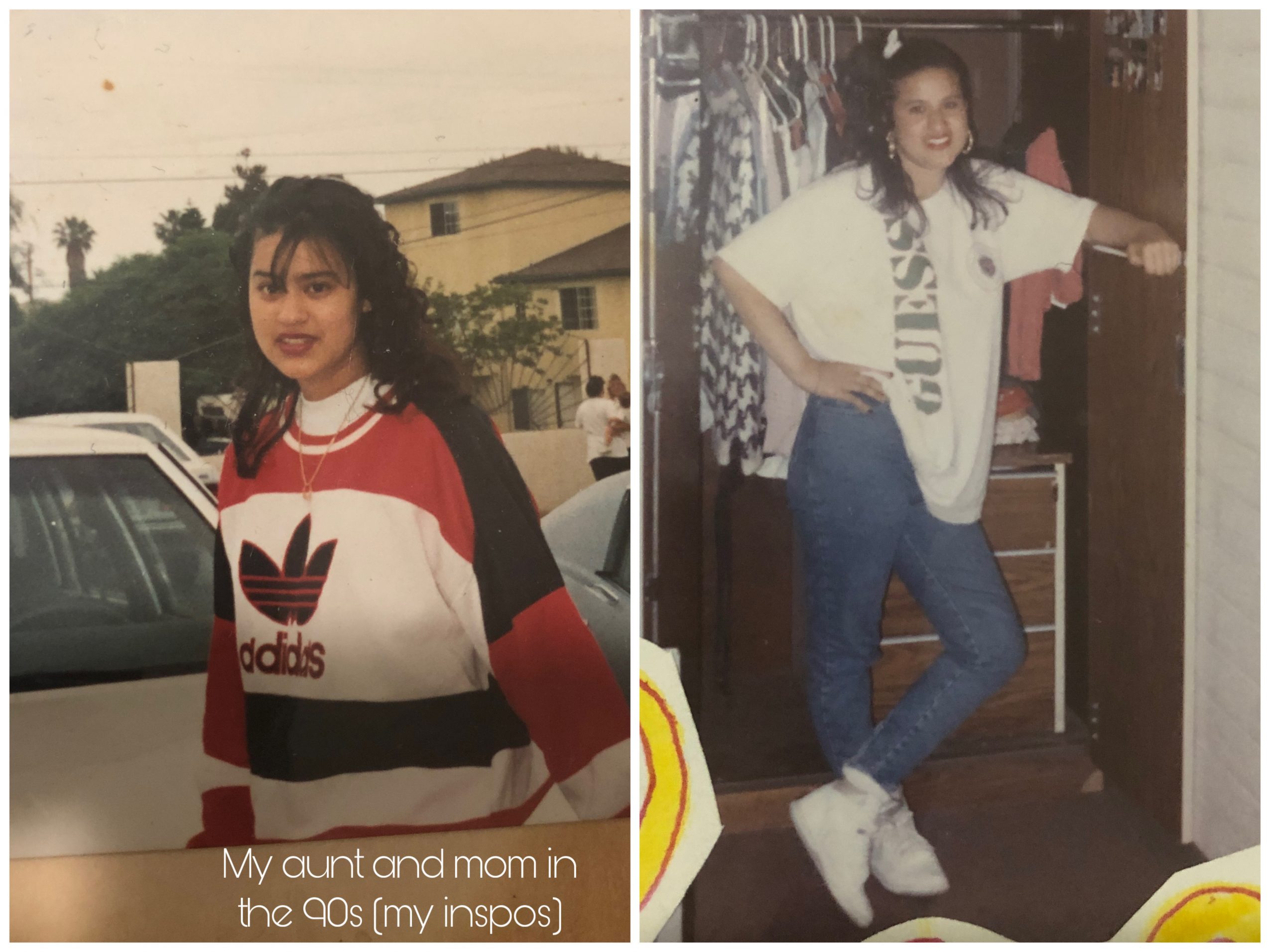 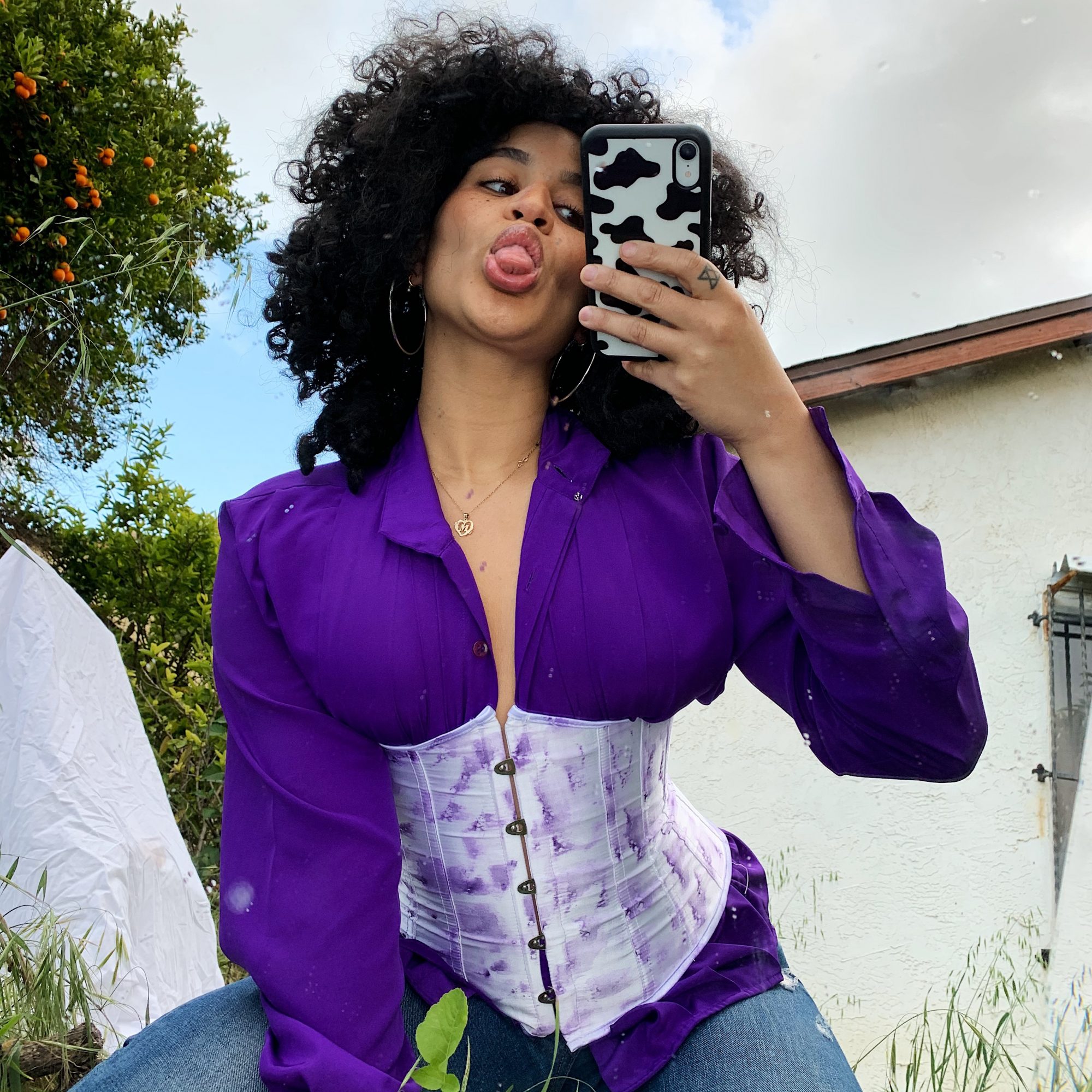 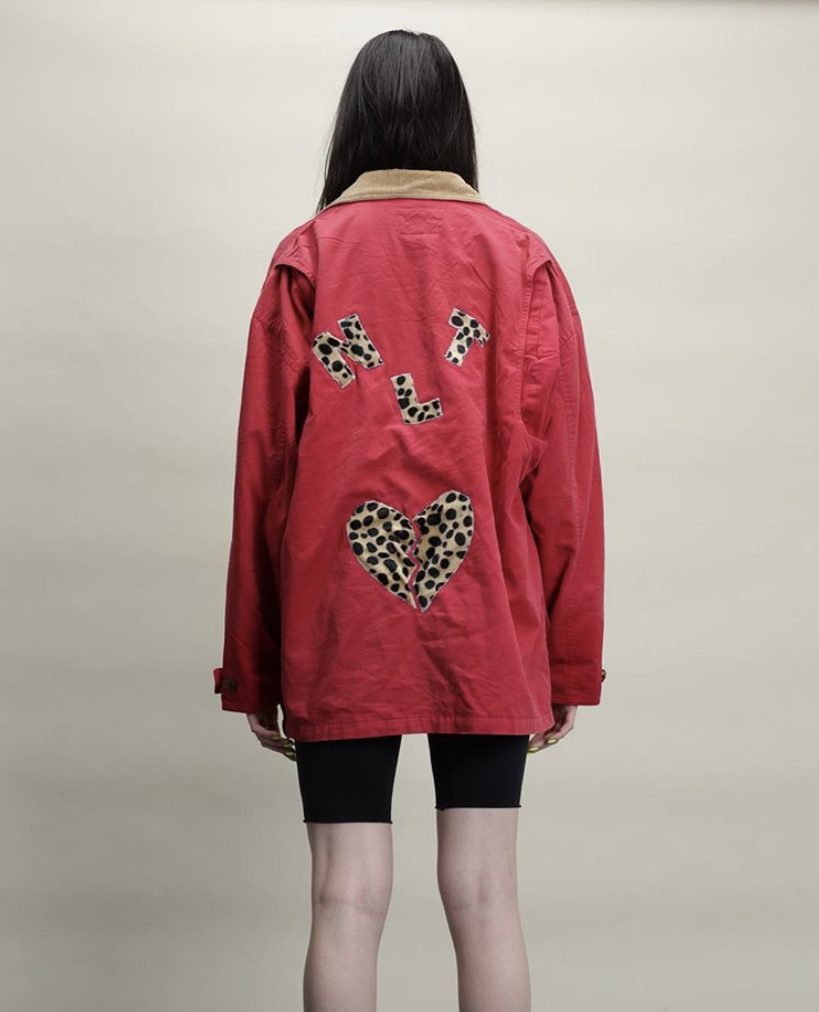 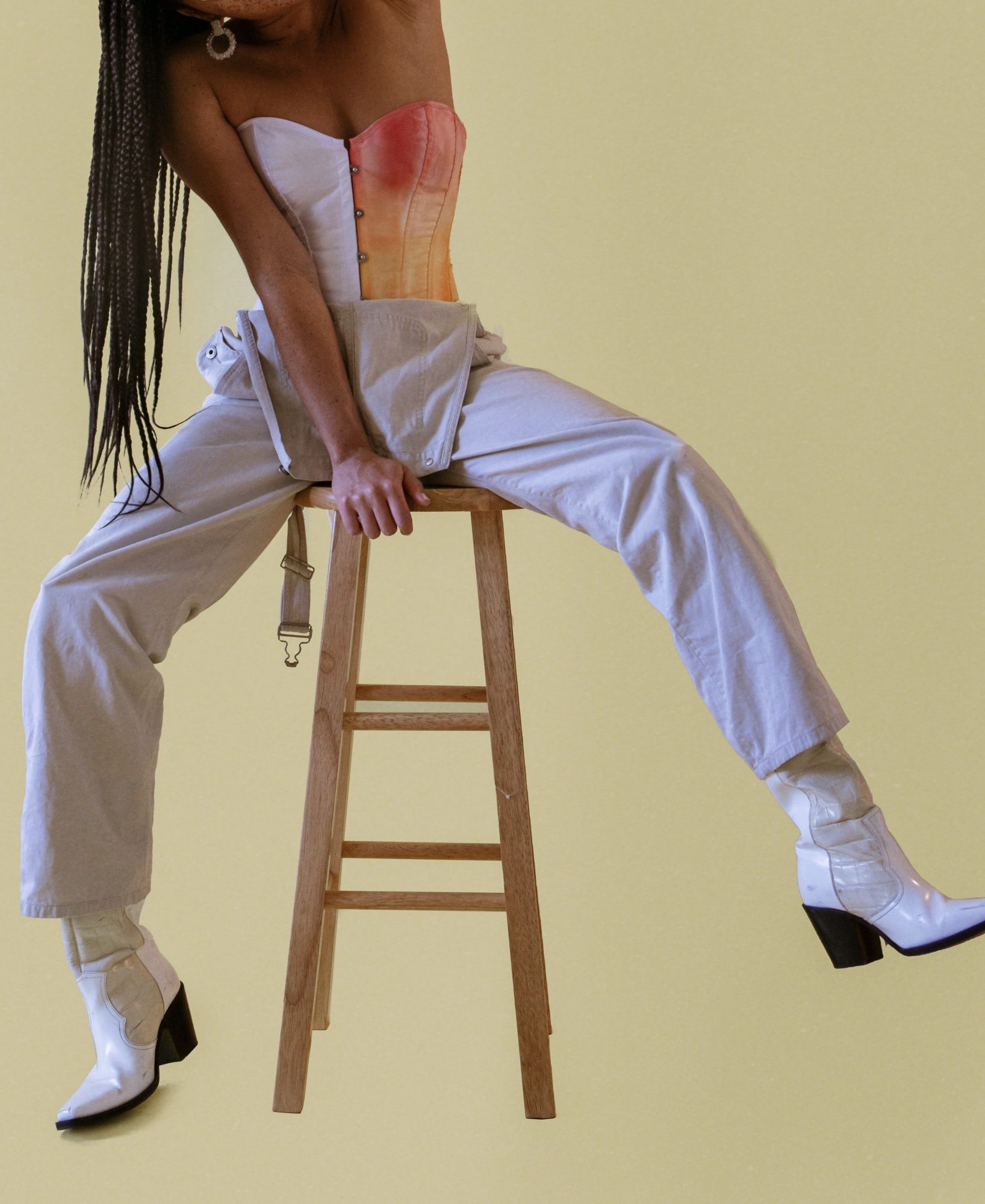 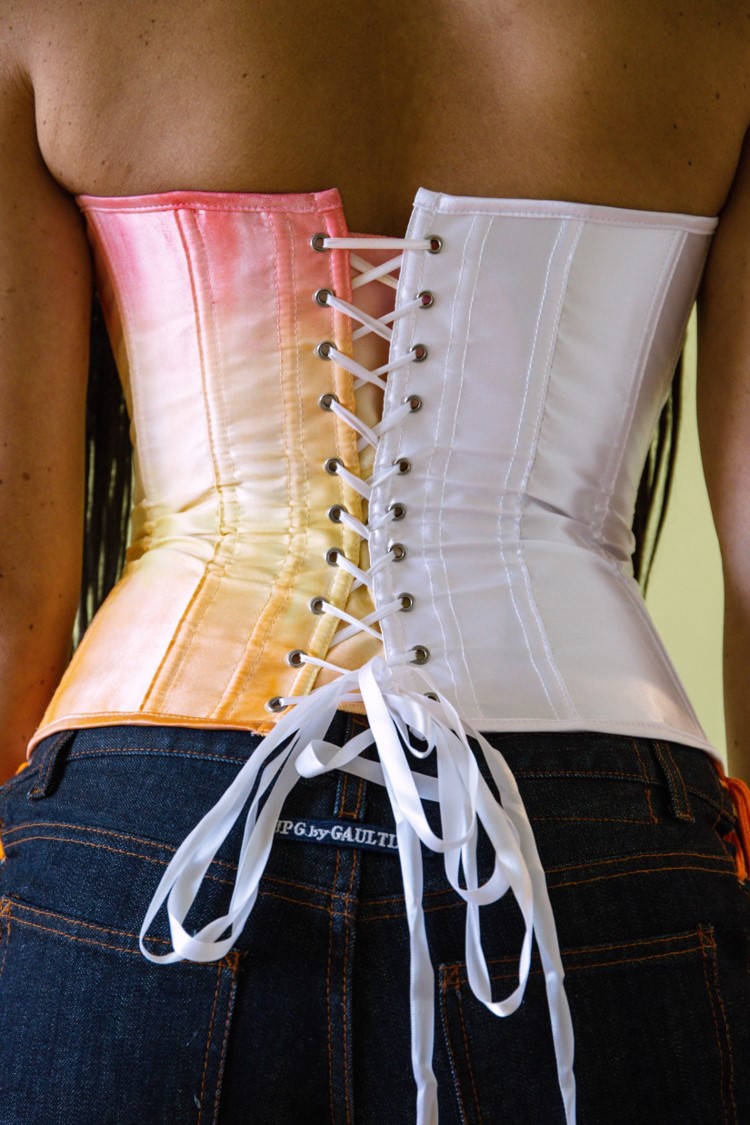 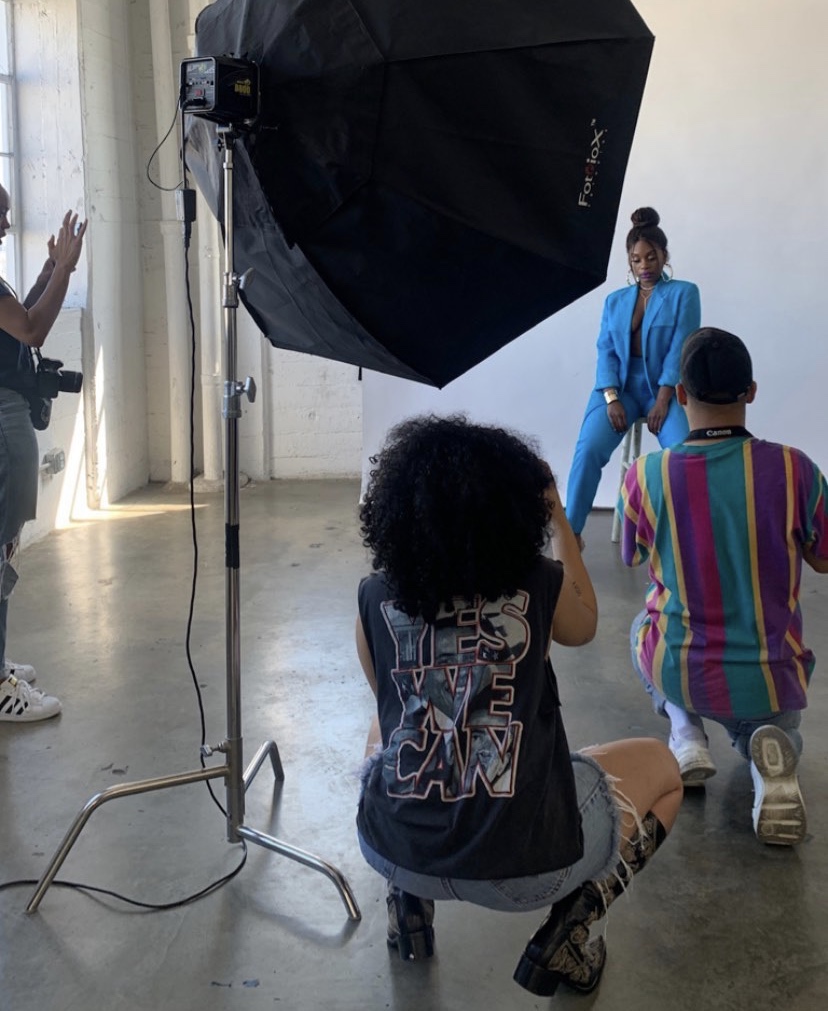