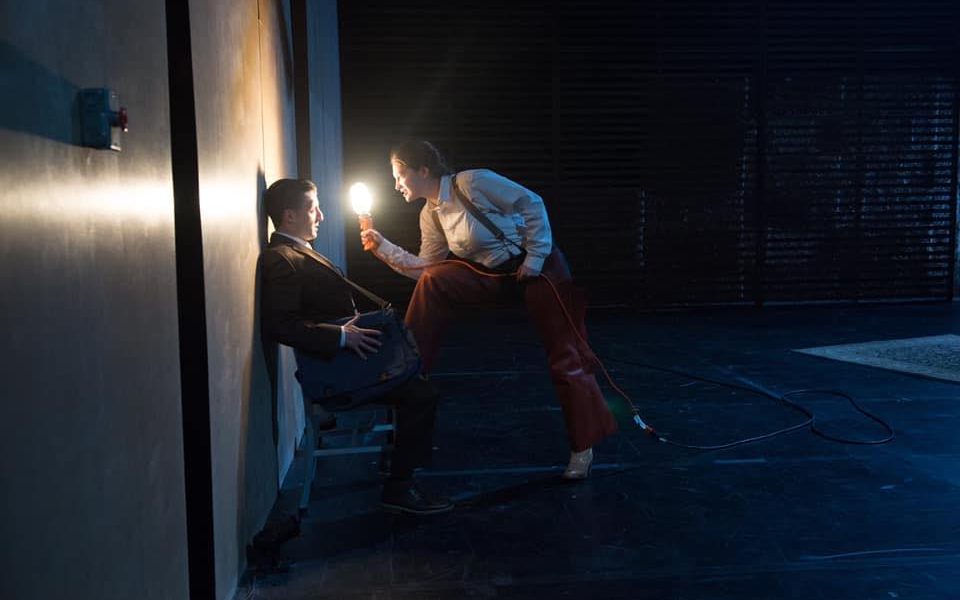 Today we’d like to introduce you to Marcus Baldwin.

Marcus, can you briefly walk us through your story – how you started and how you got to where you are today.
Growing up, I don’t like to think I was spoiled, but in truth I never had to want for much. My parents weren’t the Joneses, but my whole life they’ve done well enough to put me through private school and give me a great shot at whatever future I wanted. And best of all, they weren’t the least bit deterred when what I wanted was to put that money toward $500 head shots, a much more expensive degree, and a career with no security. I’m an actor today, in case that wasn’t clear. Joking aside, as I’ve become older and exposed to many other people with very different lives and upbringings, I’ve realized the most significant privilege they afforded me was belonging to a family that loves each other and loves me. And beyond that, belonging to schools that were small enough where my opinions and my perspective were always heard and always mattered.

To do some quick housekeeping, I grew up in Upland, CA, did K-8 at Carden Arbor View School, high school at the Webb Schools of California, and in May I’m set to earn a BFA in acting from the California Institute of the Arts. If I had to boil it down, Carden taught me a love for learning and language skills, Webb gave me a critical eye and plenty of drive, and now CalArts has chiseled away at what’s stood between me and my deep curiosities/passions, really turning me into an artist.

However, my artistic sensibilities were baked in much earlier than my schooling. I’m not one for idolatry, but to this day, my role model is my dad. Born into a very poor household, with an abusive mother, and having left home as a kid, his foundation in life was very opposite to mine. But in spite of the cards he was dealt, my father has become a great success and, more impressively, a great person. And although he’s now worked to give me a much better life, he’s also passed down to me a lot of the tools and values that he developed as armor to survive along the way.

I’ve inherited his dedication to endlessly researching solutions, his tenacity to fight for the truth and fairness, his very dark and self deprecating sense of humor, his refusal to look at the world as black and white, and his refusal to look at himself as a victim. These tenets more than anything have informed my beliefs and my taste. As far as my choice of theatre as a medium, if you couple my father’s values with my mother’s large, loving, Italian family and the inexplicably kindhearted screaming matches about politics, religion, etc. that they routinely delivered to our front porch, I was doomed from the start to project with passion, to be filterless, and to always be animated when expressing my opinion.

As you can see, the most interesting and honest story I have to tell about how I formed my interests as an artist isn’t truly my own. And as a straight white male of means in Los Angeles, I doubt if I’d be the first person to tell you that the main thing I need to develop is my perspective. I have faith in my heart, my mind, and my resources, and plenty reason to have that faith. But, the truth is that my story of what I do with those resources is just beginning.

Thus far, I’ve taken on various, interesting and difficult roles in classes and productions at CalArts, at the British American Drama Academy in Oxford, and for theatre companies such as Ophelia’s Jump and Culver City Public Theatre. And recently, I’ve been an intern for The Unusual Suspects Theatre Company, where I’ve had the pleasure to make a difference in the lives of incarcerated and underserved kids across LA by introducing them to the theatre. I’ve also had the chance to develop myself as a dancer, singer, rapper, poet, playwright, producer, and director while at CalArts.

All of these opportunities are truly wonderful and have certainly given me perspective. Hell, every artistic experience I take on only broadens my understanding of others and adds to the richness of my own life. But in weaker moments, I must say that these accomplishments can feel more fortunate than deserved. My voice as an artist can feel more like an afterthought. After all, what good are my thoughts on my father’s struggle, for instance, when he’s the one who lived it? This to me, is a big question about identity that I can’t altogether shake. Because there is great truth to this sentiment.

But I also feel in stronger moments, that my vantage point as an outsider can have immense, albeit different, value.

And so two years ago, in a “stronger moment,” I decided to write a play about sexual assault in America today. And since then, for better and for worse, my life has become a bit more interesting. Much better fodder for a story.

We’re always bombarded by how great it is to pursue your passion, etc – but we’ve spoken with enough people to know that it’s not always easy. Overall, would you say things have been easy for you?
Both as an aspiring actor, and the creator of this play, the journey has never been easy, but ultimately it has been immensely rewarding. When I first began crafting my play, “The Penrose Project,” I was writing from a place of discomfort. In the fall of 2017, Trump, still an alleged sexual predator, was in his first year in office, the MeToo movement became viral as the #MeToo movement, and many powerful male icons such as Harvey Weinstein, Kevin Spacey, and Bill Cosby began to fall from grace in the eyes of the public as multiple allegations against them spread all over the internet.

Even more real to me, cases of alleged assault occurred on CalArts’ campus as well, leaving friend groups and members of the community divided, and individuals socially isolated. This issue was important to me for a number of reasons. Throughout high school and college I came to know a number of people who were survivors and some who were alleged rapists, and I was baffled by how pervasive and yet ever mysterious these cases were. I realized very quickly that passions were high and perspectives were so divided, that neutral and nuanced dialogues on the topic seemed altogether absent, or at least very difficult to stage with success. This issue seemed to sew division not only across college campuses, but across gender lines, across political lines, across the internet, and across the world at large. Regardless, I desperately wanted to have the discussion.

Admittedly, it’s always easier to lend a critical eye to controversial matters when you are fortunate enough to never have a first hand experience with them. And so over the past two years, I’ve done everything I could to research hundreds of anecdotes of assault, scientific articles, and even personally conduct interviews with survivors to educate myself. If there’s been any major take-away for me, it’s that everyone’s story is different.

The larger media narratives about survivors and assaulters, what’s typical to their experiences, and how they feel about their experiences afterwards truly only scratches the surface. And often, I feel the media doesn’t expand on this because it seeks to create fear before it seeks to provide answers. After all, fear and division are more reliable motivators in making your audience tune in next week. So, my choice became to base the story of my play on real cases of sexual assault that defied people’s expectations as influenced by the media.

Instead of playing into the division, I chose to tell a story of a survivor and her rapist, who together found the best thing for their rehabilitation process was to confide in one another. My biggest resource for this story was the book “South of Forgiveness” by Thordis Elva and Tom Stranger, which I highly recommend (but if you don’t have the time, I would also check out their TEDtalk “Our Story of Rape and Reconciliation” on youtube). The only major difference for me, though, was that I wanted to comment more directly on how the media sewed the division in our perspectives, by placing the piece in a near-future, dystopian setting.

Once I settled on this direction for the piece, I did everything I could to try and produce the play. My biggest goal for the project was always to bring it to the Edinburgh Fringe Festival. Every year, CalArts takes 3-4 plays there through a very competitive program, and it had always been a dream of mine to share important work in a setting of that scale. And so I worked and fought hard to prepare as best I could and submitted my piece. But shortly after submitting, I began to have severe doubts about the legitimacy of the project. Again, I couldn’t nag the feeling that this wasn’t my story to tell and that, in telling it, I was doing something that I hadn’t earned. And so, pessimistic about my chances at Edinburgh and my right to tell this story, I took a month off to collect myself. And at the end of the month, I contacted my team and I told them to call the project off.

About seven days later, we were accepted into the Edinburgh Program at CalArts. Despite the great risk of failure, my team is back together and we are doing our best to make this story a success. And, more importantly, we hope to prove we can do more good than harm in telling it.

Please tell us about your work.
We don’t currently have a business or a theatre company that we belong to, but in the interest of sharing more about what our team is working on, here is our current project description for “The Penrose Project”:

The Penrose Project is a one act play that dissects our public relationship to cases of sexual assault, especially through the distancing lens of modern technology. Following a fateful night in their past, Sarah and Josh turn to Penrose, a restorative justice based software, in order to determine the truth of their toxic sexual encounter and to offer them each a path forward. Utilizing dystopian elements and satire, the audience’s relationship to the main conflict is unpacked, much like an episode of Black Mirror. Rather than living up to its promises of rehabilitation, Penrose ultimately calls on the audience’s vote to determine Josh’s fate, much like a reality television show. By telling a story from multiple perspectives and showing how reliving the case affects each character’s perspective in unpredictable but honest ways, this piece questions the popular narratives we accept about instances of sexual assault and holds up a mirror to audience bias. In a world where there is rarely enough evidence to punish perpetrators legally, this piece asks whether shaming them is the same as making them take responsibility for their actions? It also questions whether our focus on what happens to the perpetrator is ultimately serving the survivor?

So, what’s next? Any big plans?
Personally and selfishly, I want to develop a theatre company or a production company in the future with some of the members of my team now. I’ve been tremendously lucky to work with very talented, courageous, and brilliant artists on this piece. So I hope that this play and this touring production won’t be our last! 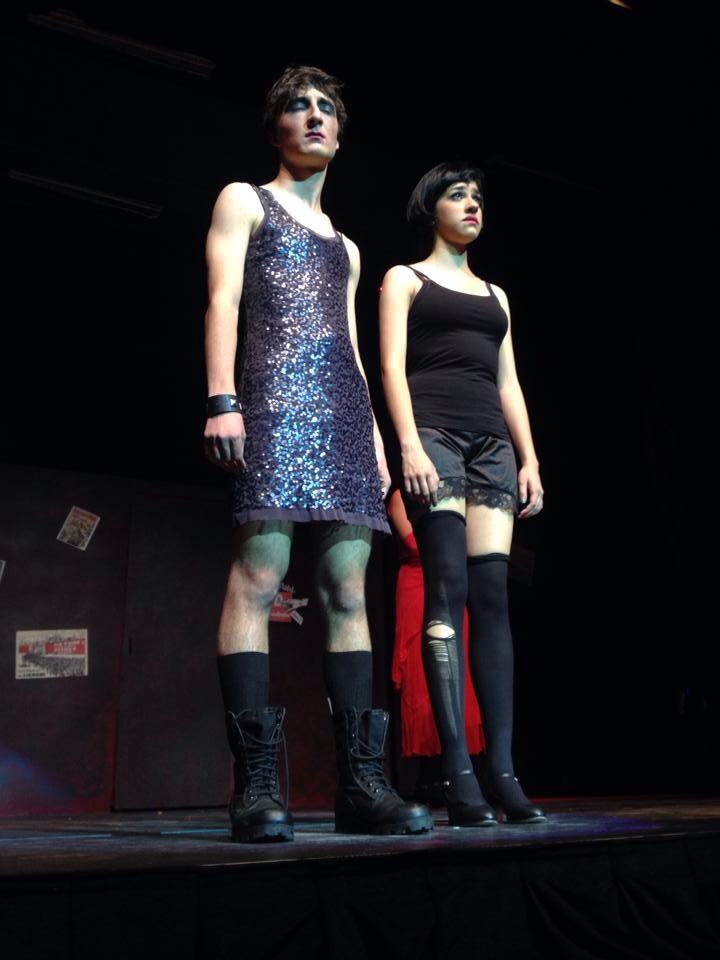 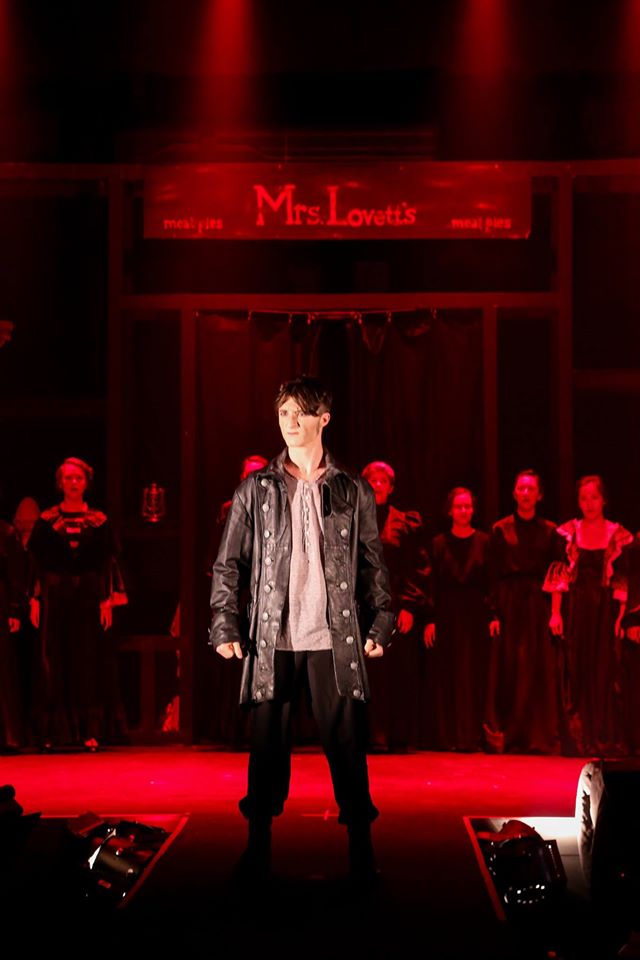 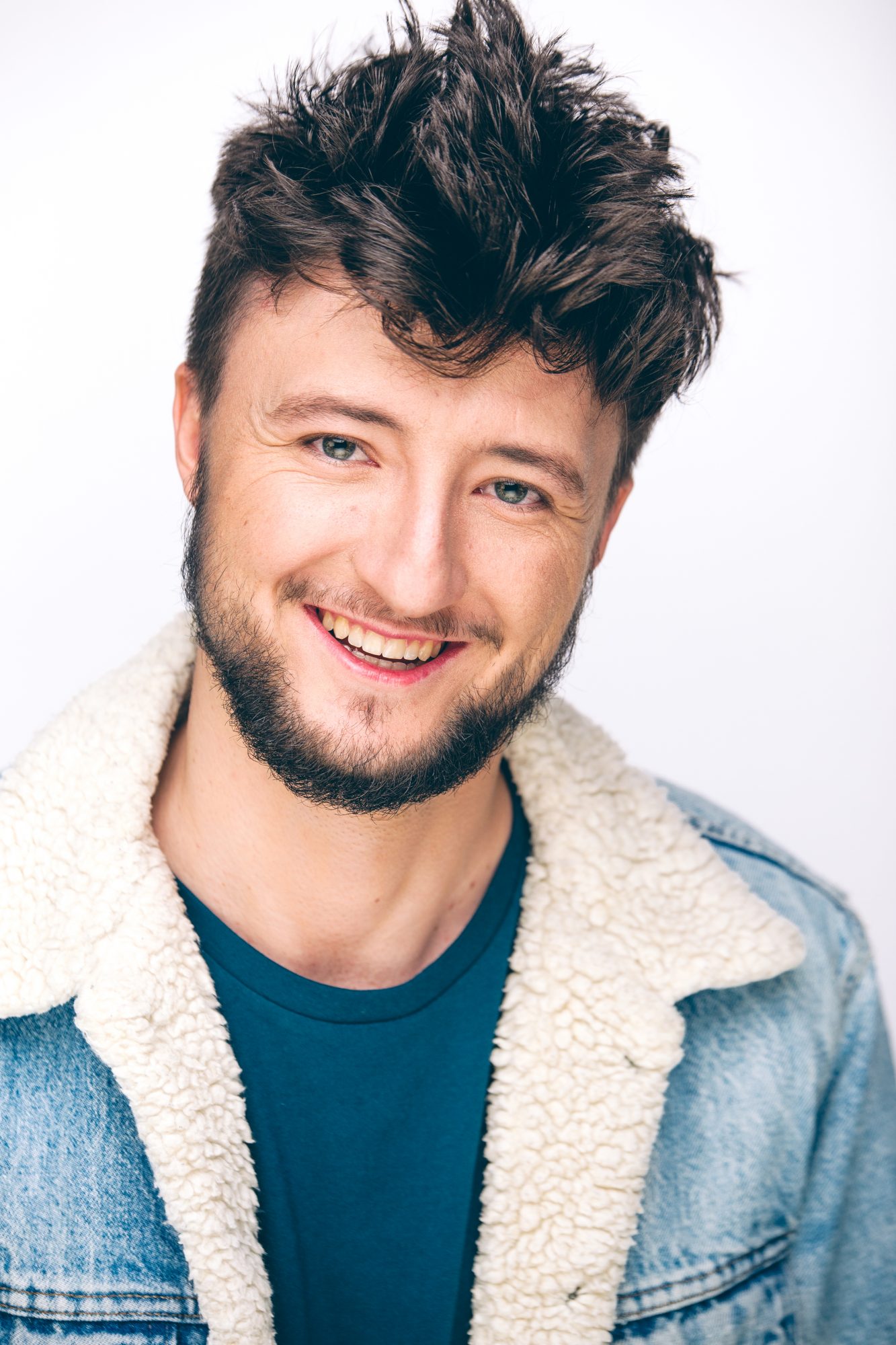 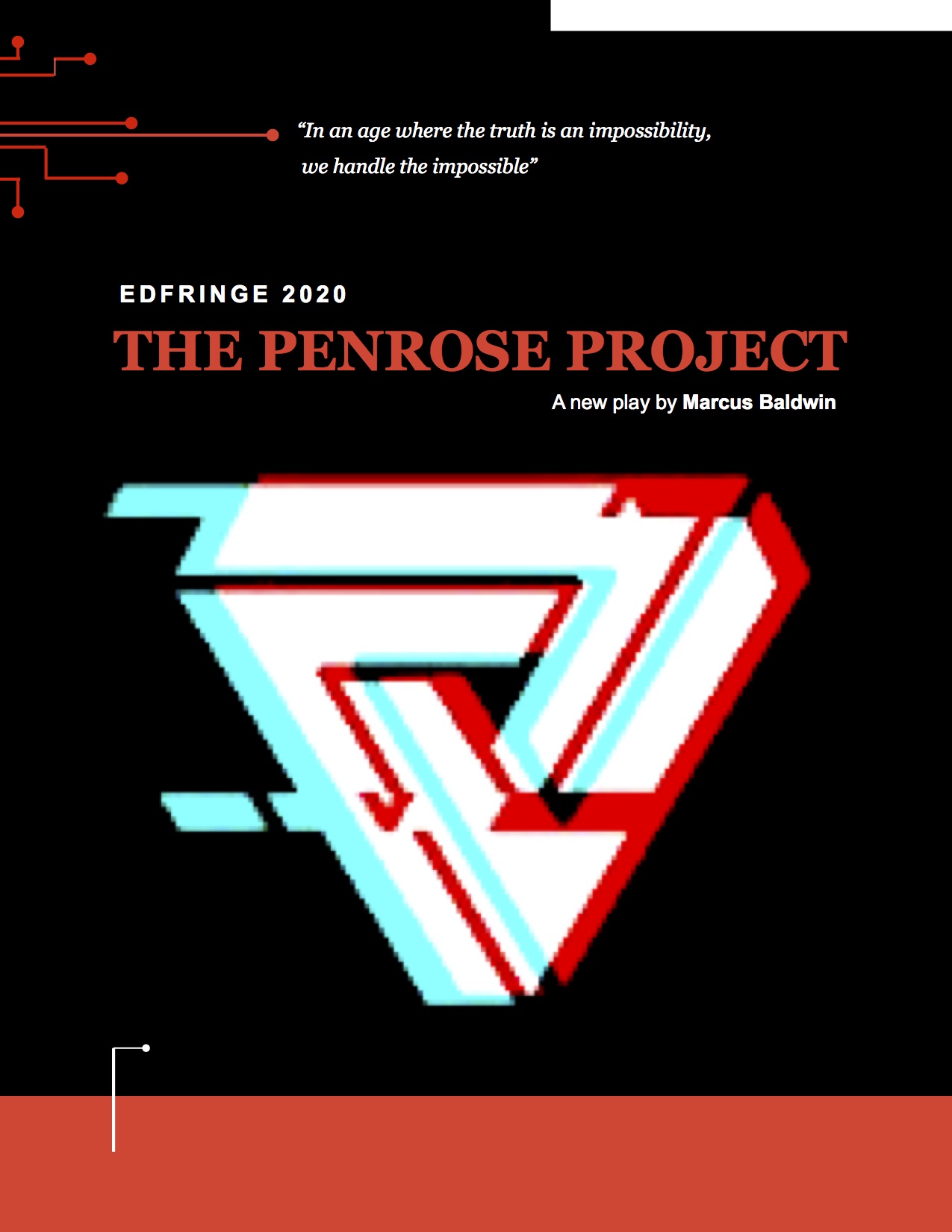 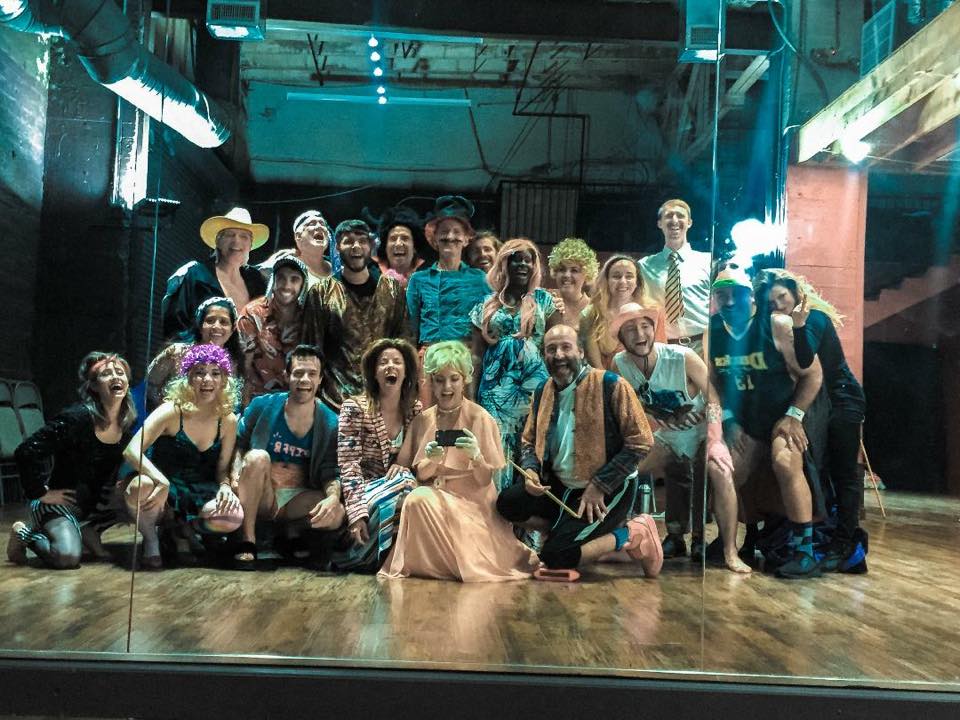 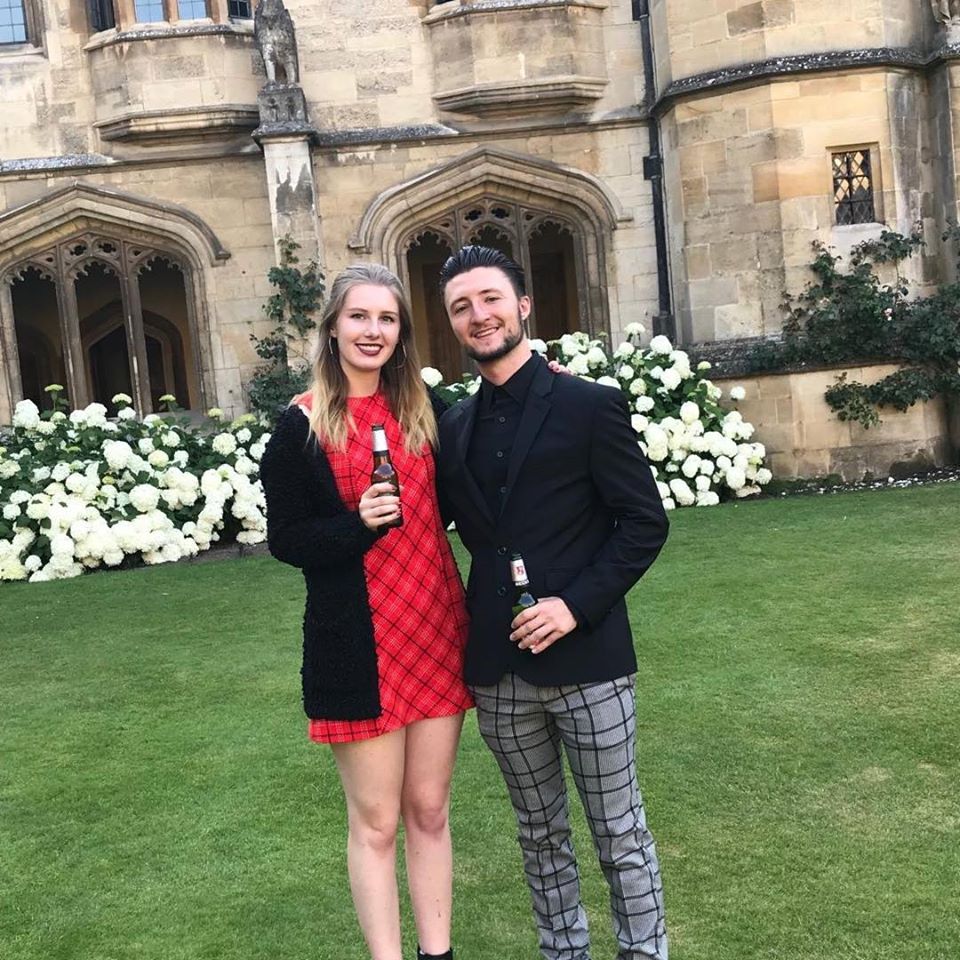 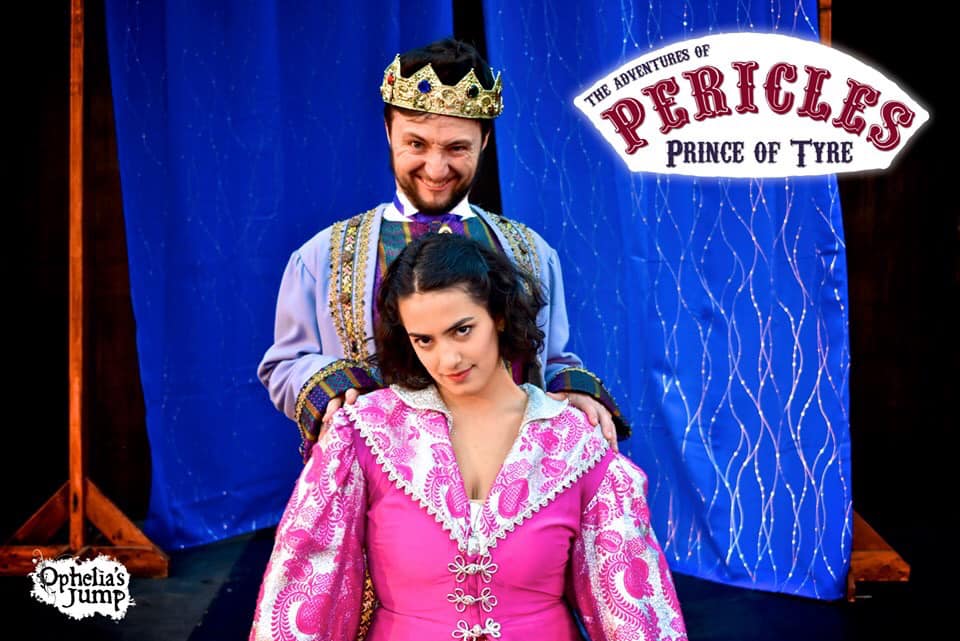 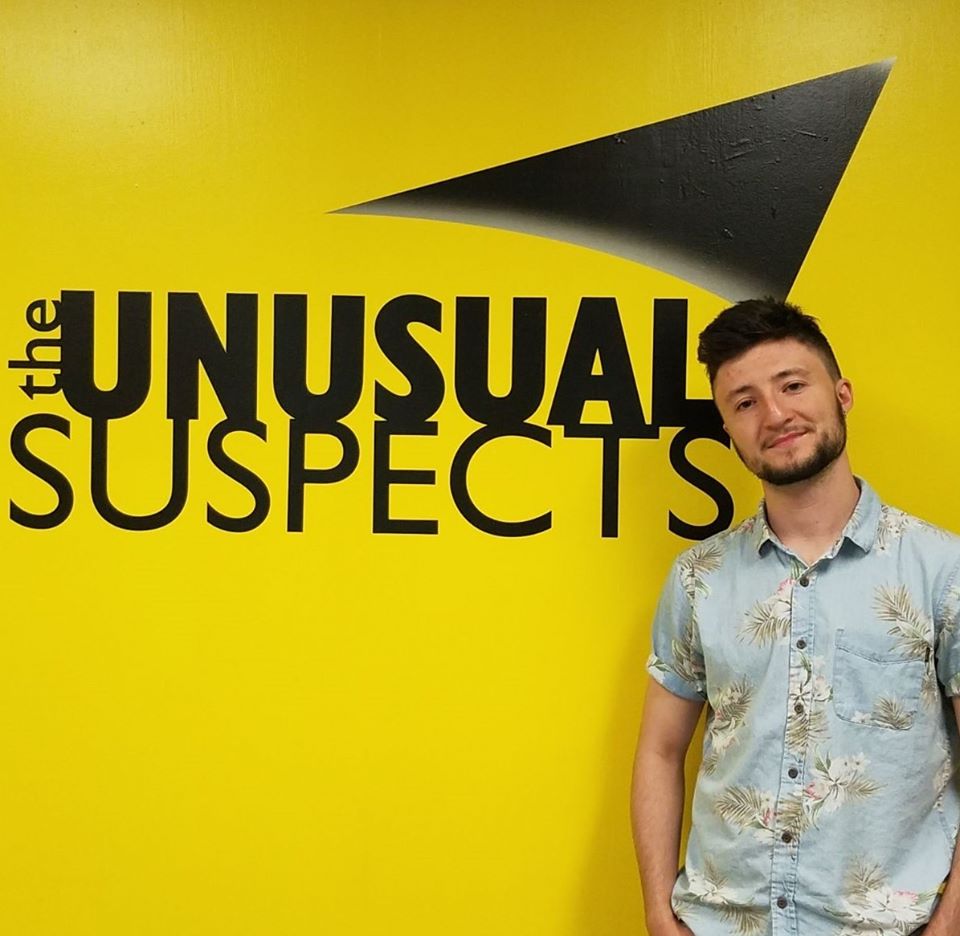