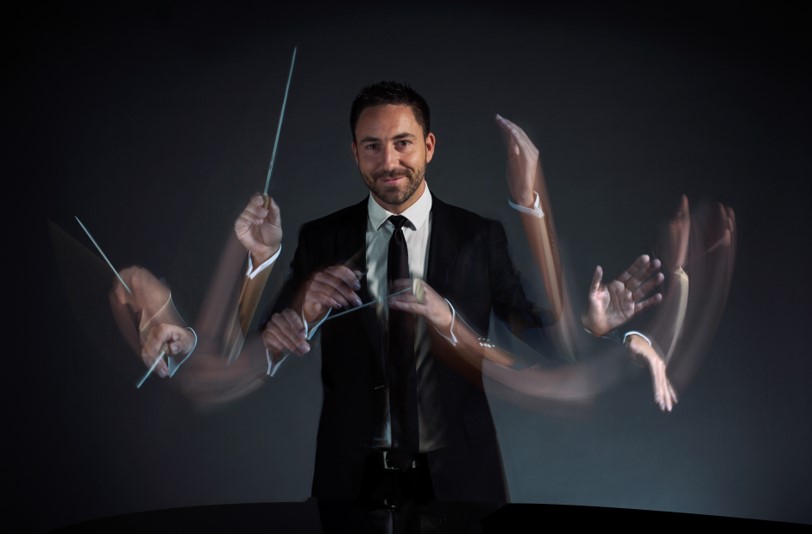 Today we’d like to introduce you to Marc Timón.

Marc, let’s start with your story. We’d love to hear how you got started and how the journey has been so far.
I would love to say that since I was a little child, my dream was to become a film music composer and an orchestra conductor… but I would lie. Even though I got my piano career from an early age, my true passions were soccer, meteorology, and writing: that’s why I got my Degree in Journalism and started working on the national TV in Barcelona. However, when I was a teenager my emotions used to fly very intensely when playing Débussy, listening to Mozart’s Requiem or following John Williams compositions.

Williams became soon someone very important for me. Then, in my twenty’s I realized that my love for cinema and for telling stories was bigger than I thought. Films offered to my eclectic tastes a great opportunity to compose music using many different styles and genres as orchestral, electronics, pop-rock, jazz, musical… I realized as well that I was a communicator and music and arts could be an excellent tool for that.

I felt (and I feel) that I wanted to change the world surrounding me, I wanted adventures, I wanted to leave my comfort zone, and I wanted a meaningful life full of culture, sensitivity and new experiences. That was how after winning the International Jerry Goldsmith Award with a very small movie competing against powerful international productions I decided to move to Hollywood to check how special, and talented I could be.

I wasn’t as naive, and I already knew that LA is full of people thinking that they are special, but I trusted my inner light. Success was just to jump, just to put my Spanish career in pause and to go to a new place where I didn’t know absolutely anybody. Success was to leave the comfort of my house, language, friends and my beautiful European career to become just a small ant in the LA forest. I love challenges, and that was the big one. But… suddenly love came up, guys… Love can be enough amazing and powerful to stop your dreams (at least for a while).

After a few months preparing my moving to the United States, Sara, my impossible love for so many years, the princess that I just could dream of in silence, unexpectedly called me. We met in a summer night under the full moon in a wild beach in Cadaqués, the village where Salvador Dalí was born. I will miss what happened under that full moon that night, but I will tell you that what happened there made me completely change my plans.

However, like everything in life, love ended and after four awesome years enjoying the honey of the human essence we broke up, and I finally ended up completing my dream. I moved to Los Angeles, and I did my first steps as a film music composer and orchestra conductor. The fifth day in my new city I was already hired to compose in the “Agent Carter” (Marvel TV Series) team leaded by my admired Christopher Lennertz, recording the music at Warner Brothers Studios. I couldn’t believe it!

Although in the personal field beginnings weren’t easy at all, especially in housing terms. I could explain here dozens of stories about crazy surfers, psycho addicts, clothes stealers, and other similar characters but I’ll keep them for my novel, which I’m finishing these days.

At the end of this first chapter of the story, amazing people from over the world that I met, California sunsets, nature and trips and wonderful professional opportunities gave me the balance and the joy to be able to call Los Angeles home sweet home nowadays.

Has it been a smooth road?
Any big vital change can’t be smooth. First, you have to struggle with yourself. Intangible elements as your fears, loneliness, comfort, fear of failure and tangible things as bureaucracy, to get an international artist visa, dealing with housing, banks, having a car, setting up a new studio, learning a new culture with new social rules, living without your cat… even small details like where to find your favorite food in Trader Joe’s as well. Some days that process was like a funny video game. One of these days I found out how could I’ve lived so many years in my life without peanut butter.

Some others it was a terrible nightmare. Specially when I had to park my car: “no parking on Wednesdays from 10am till 12noon because there is street cleaning but no parking after 6pm because you don’t belong to the neighborhood but not parking between 4 pm and 6 pm because someone is filming but no parking at 2 pm because neighbors are walking their dogs but no parking at 9 pm because no reason but maybe we’ll catch you, and you’ll get a ticket.” Oh my God. And then, this DMV… The best place to spend time ever. All of these happy people making it so easy for you. So cheap.

We’d love to hear more about what you do.
I’m a composer, orchestra conductor, pianist and writer. I combine the creation of music for films and tv with concert music (symphonic, chamber, choral, opera and musicals) and pop-rock/electronic music for many projects for United States, Europe, and China. In one hand, my specialization consists in being able to compose any kind of music. I don’t believe in classical or modern training, that’s being my fight all of my life.

A composer for films should love stories, not genres in particular, and each story will need a different kind of music, feeling, and color. As a creator, I start from the eclecticism, the importance of the combination between melody and textures and the fusion of different modern and traditional musical elements to approach the needs of every script.

On the other hand, I want to bring back the taste for melodies in cinema, which nowadays can be sometimes disregarded because of the technological influence. Computers must give us new tools, not the soul.

The soul in work must come from the artist. I adore modern cinema, but at the same time, I think that we have a lot to learn from old Hollywood. Answering your question, I humbly would say that this love for the melody and the mixture between modern and traditional elements can be what can make me different.

In film music, I’m known for credits such as “El árbol sin Sombra” (Best Spanish Score at MundoBSO Awards) -drama/horror-, Marvel’s “Agent Carter”, “In Absentia” TV Series -dark sci-fi drama-, “Hathor” -drama-, “The Bestowal” -sci-fi-, “The Little Wizard” -fantasy-, or the epic soundtracks for choir and orchestra “Coliseum” and “Witches.” I feel lucky because all of these soundtracks are released by the prestigious label MovieScore Media, one of the most relevant labels in the soundtracks world.

In the concert music field, my greatest work is the live show “Maestro” with symphonic orchestra, dj’s, electronics and visual laser experience. We are on tour in Europe, and we’ll have the opportunity to perform in China and US next year. I feel really proud of my musical “Josafat” as well. It’s a musical that can have similarities with “Les Miserables.” That was an incredible experience. I love conducting actors and orchestra in a theatre!

As a writer, I’m finishing my first novel, and next month I will world premiere my first opera (which is about moral, love and human stupidity) at the Gran Teatre del Liceu in Barcelona, one of the most amazing opera halls in Europe. That will be an amazing dream accomplished.

By the end of the year, I will start a beautiful experience as a filmmaker directing a script that I’m finishing to write about an orchestra conductor who becomes a serial murderer at nights after performing. I’m really excited! As an orchestra conductor, I feel blessed to have had the opportunity to conduct many wonderful symphonic orchestras in Ukraine, Bulgary, Spain, and the United States.

Conducting is one of my biggest passions! I love to catch the energy and the light of all of the musicians and to canalize it to the audience with the music. It’s a magical process which makes me feel something that I can’t describe in words. Something very spiritual, very intense and extremely powerful. I would say that’s a mystic experience for a human being.

If you had to start over, what would you have done differently?
That’s a great question! If I had to start over, I wouldn’t change anything. It doesn’t mean that I didn’t fail decisions as everyone (it’s the opposite: my family education was about being very humble and questioning yourself all the time), but I’m always following my curiosity, a sane ambition and the challenge that life is putting in front of me every day.

Sometimes I think that if I had to start over, I should pick just one of my passions and keep pushing just that one. But I can’t. I love composing, conducting, writing, piano, journalism, film music, concert music, classical, pop-rock, electronics… and this year I will add filmmaking.

All of them are about the same thing: communication through arts. It’s about transforming my world with my vision, and I couldn’t focus just in one. I would live with less stress, but I would feel empty. If I had again the opportunity to decide, I would draw the same path. 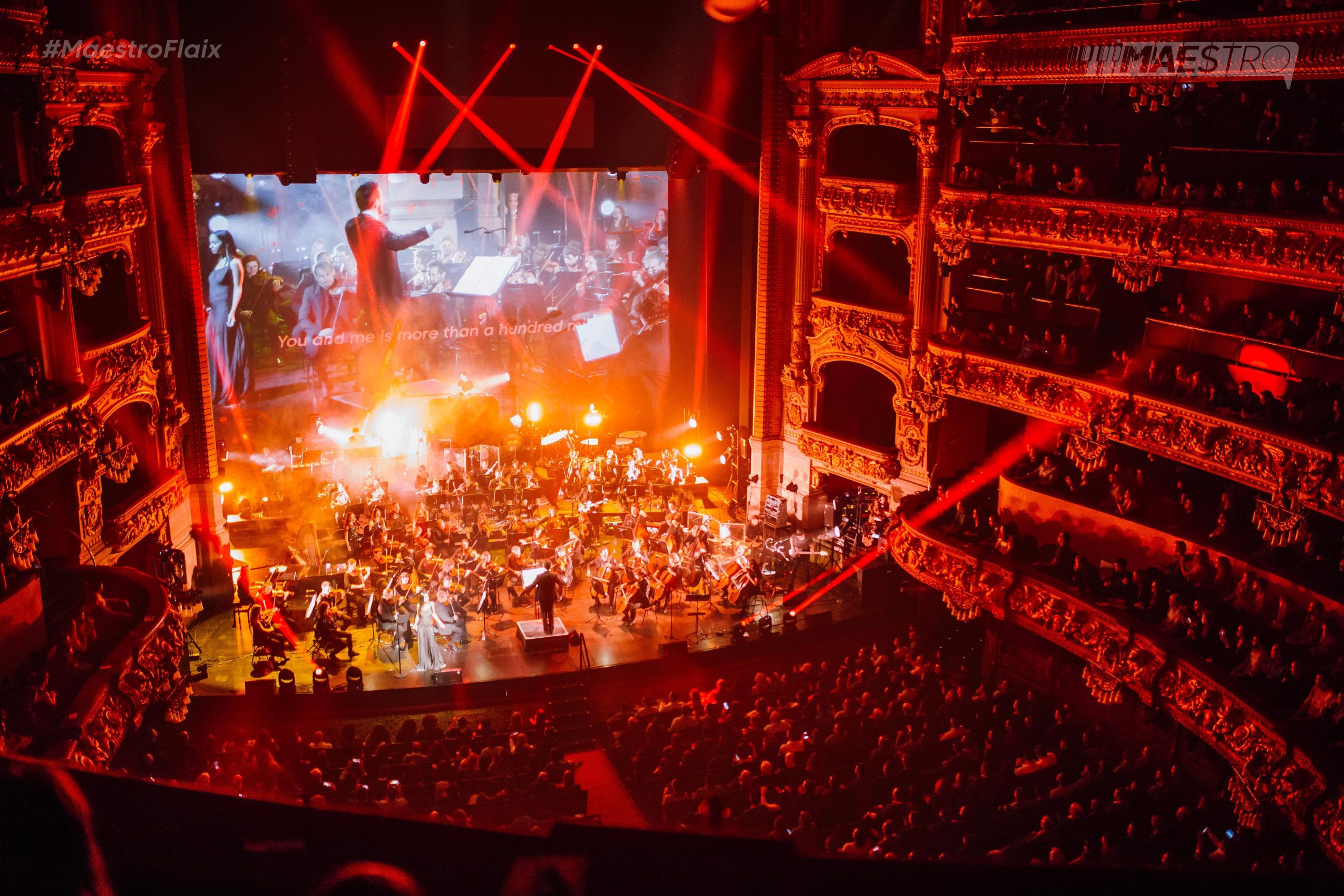 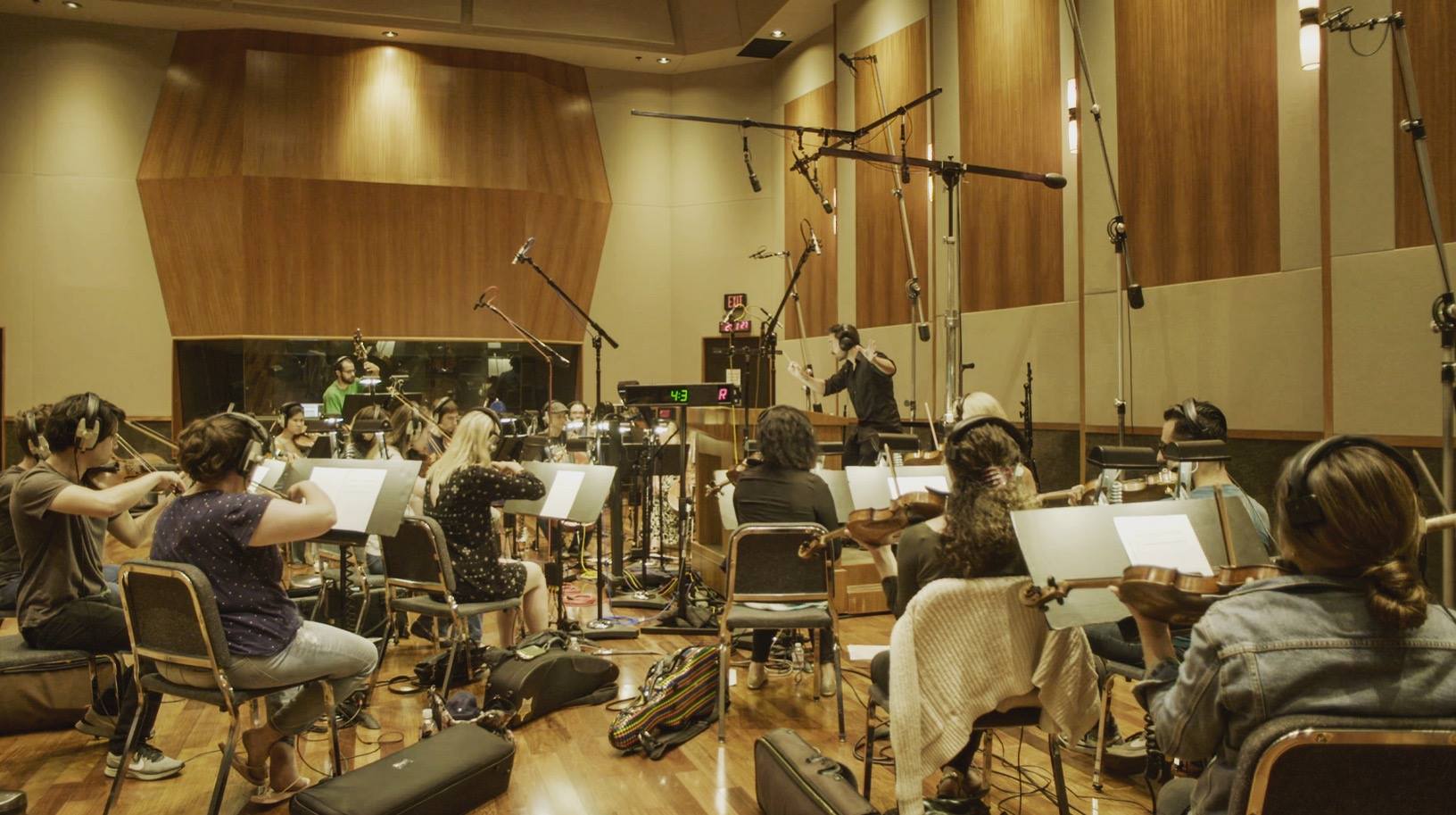 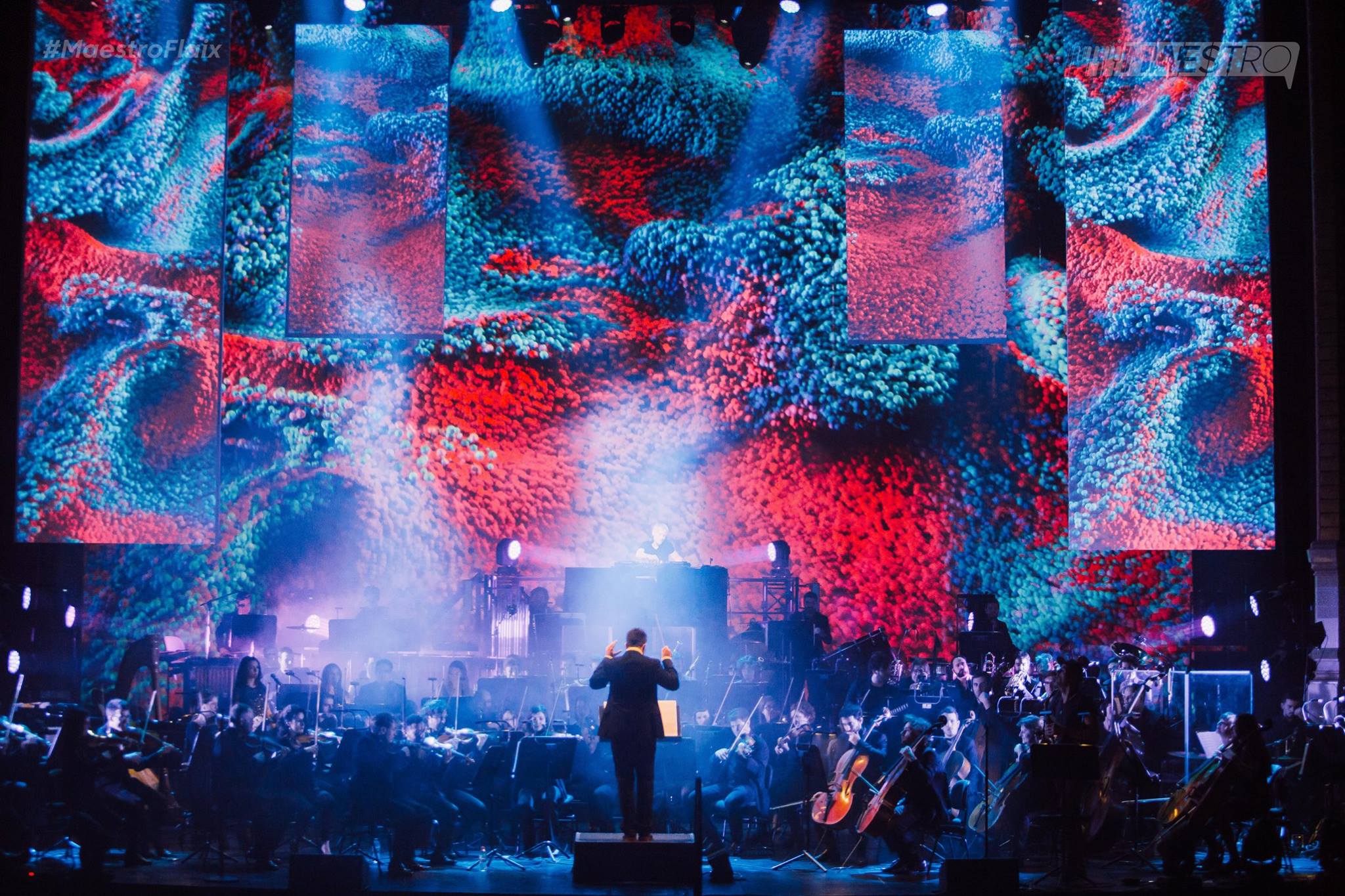 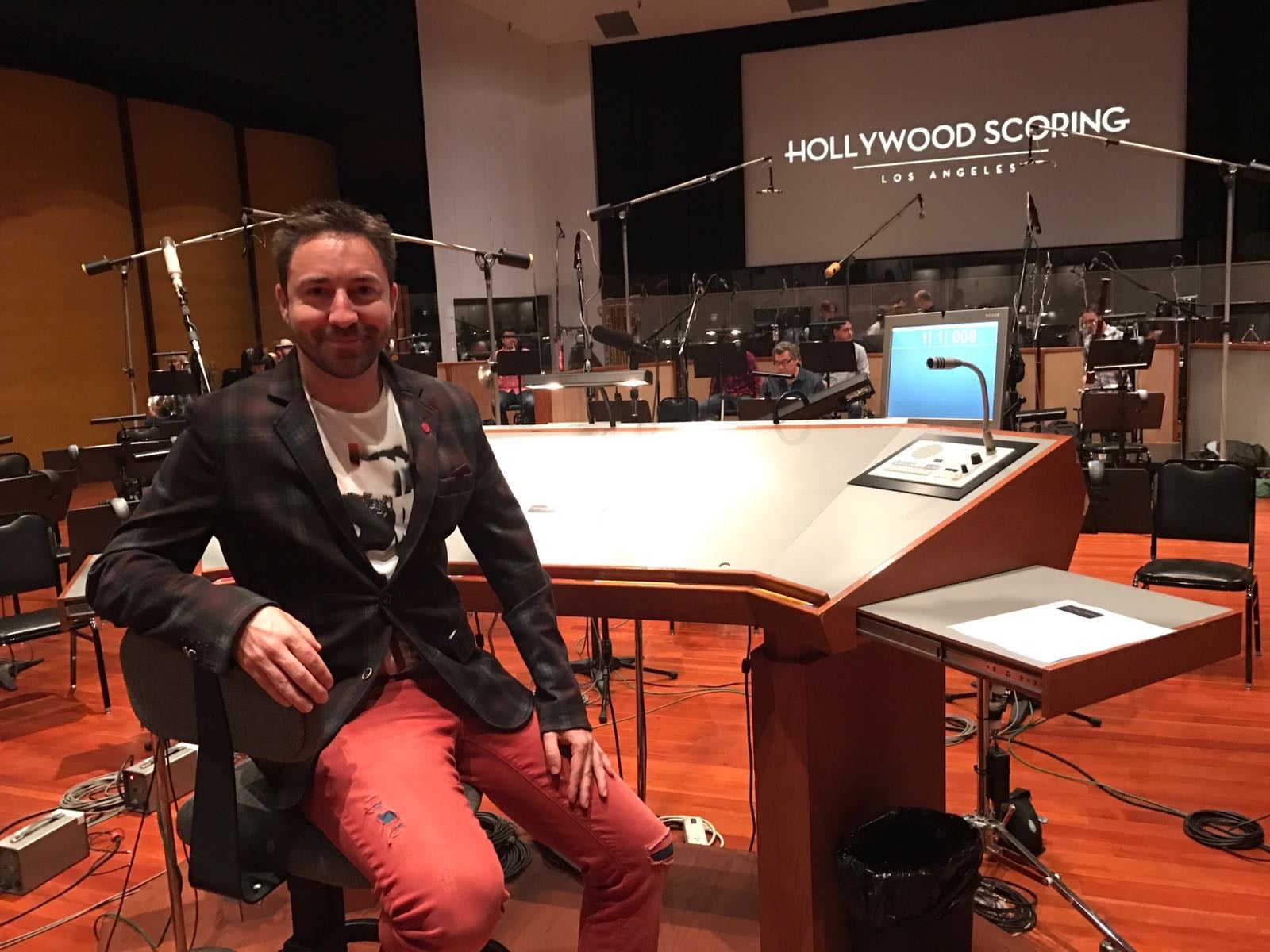 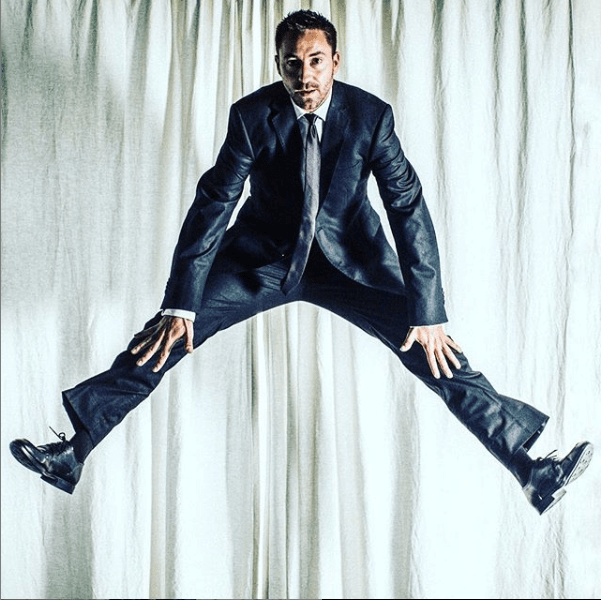 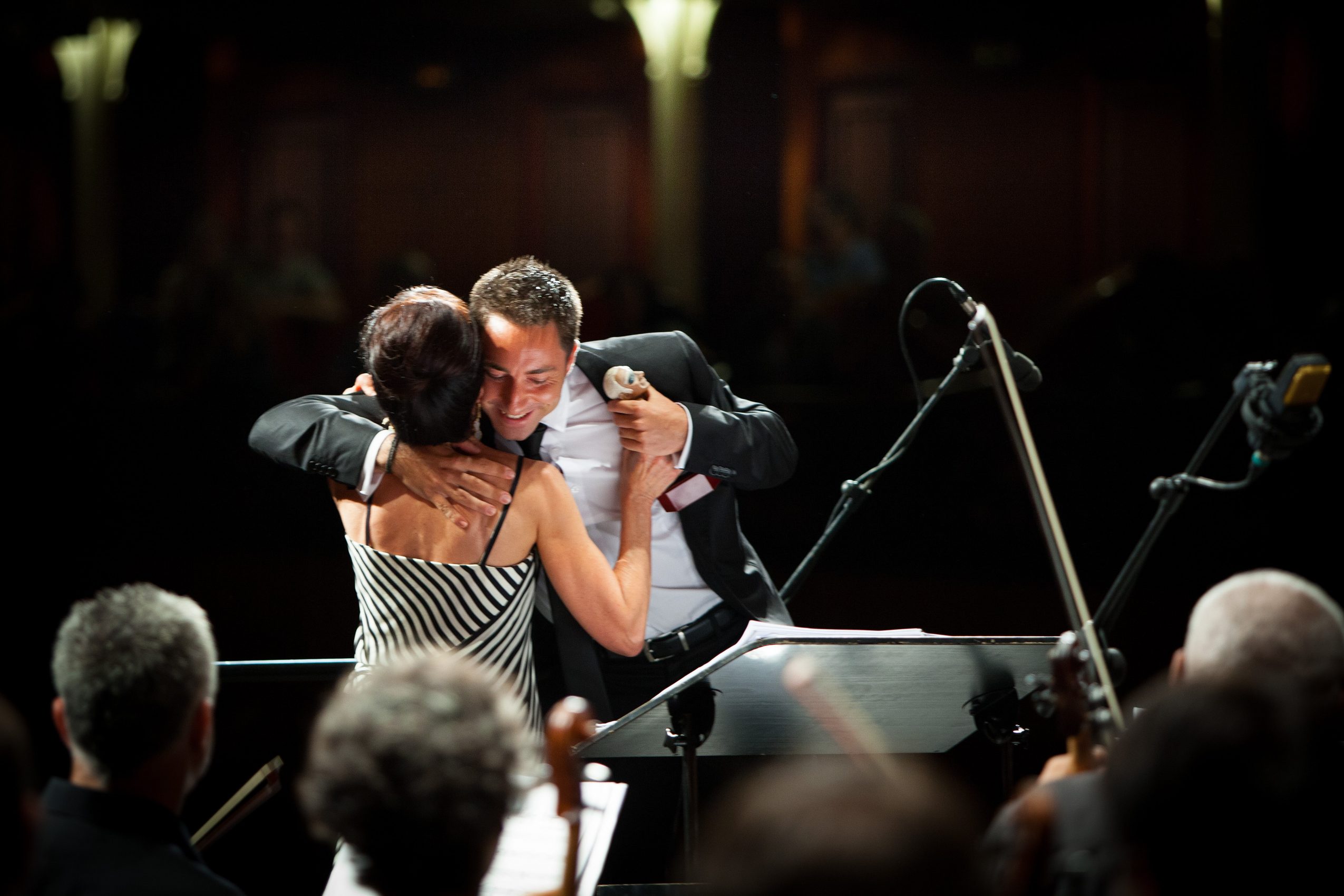 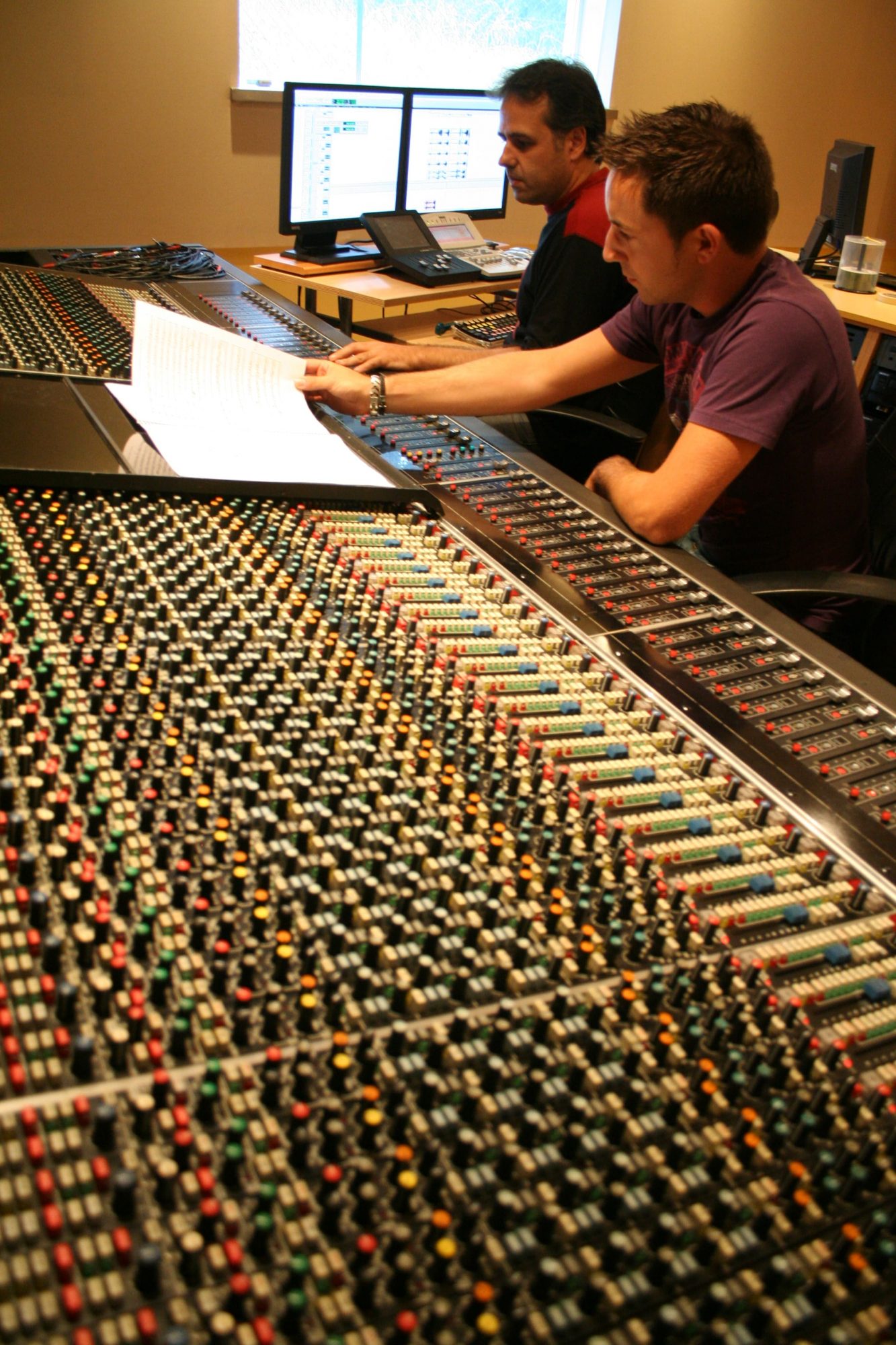