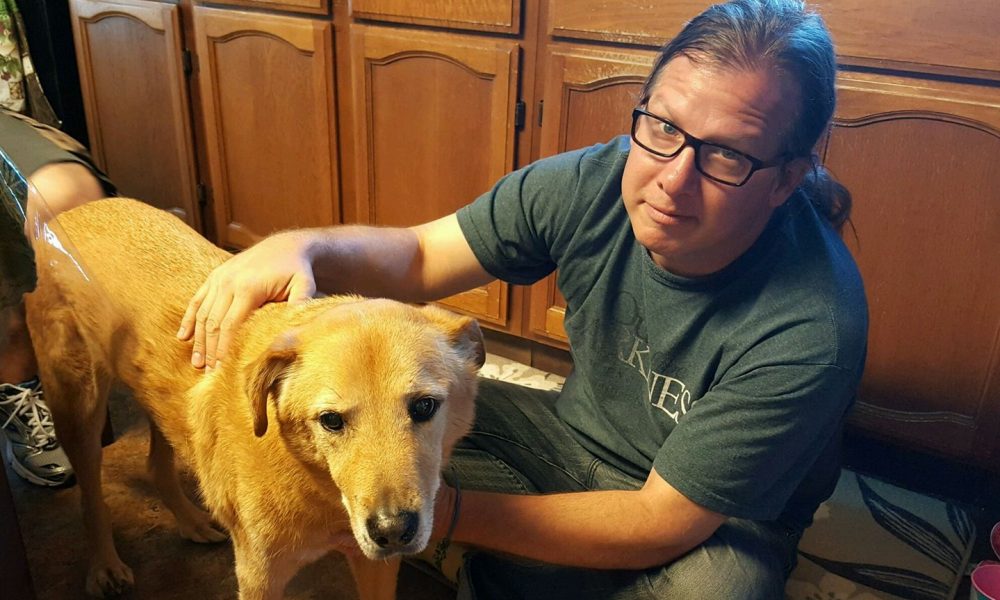 Today we’d like to introduce you to Marc Isaacs.

Marc, can you briefly walk us through your story – how you started and how you got to where you are today.
As a kid, I was always entertained by the radio: the DJs, the music, the contests. When I started my professional career, it didn’t surprise anyone I was working at the very company whose radio stations I listened to most. They hired me to do sales, and I expanded my duties in sports announcing and request show host. When my radio boss and mentor added TV weathercasting to his week, I wanted to do the same, and within a couple of years I was working at the same TV station, WWNY in Watertown, New York, and doing weather.

TV news became a focus for me for years. I moved from market to market in upstate New York and eventually to Houston, Texas, where I began a job as a talk show producer at the ABC station there. The medium definitely had a lock on me, but after my last TV station suddenly shut down, I moved into the freelance world, getting field producing assignments from networks, such as CNN and ABC and shows including EXTRA.

At the same time I began freelance producing and writing, a door to acting opened. I leveraged my on-camera experience in TV news to get an agent and began working in commercials. I later added short films to my credits and began writing film scripts for the first time. My biggest success during that period wasn’t in acting, though, It came from creating a children’s educational program for a CBS affiliate that earned Lone Star Emmy nominations and ran for three seasons.

In 2015, a move to Wisconsin led to working in education with students with special needs. I had spent a couple of summers during college working with kids and adults with special needs but wasn’t pursuing that kind of work until someone in a Special Education aide role suggested I would be a good fit for it. Stepping away from acting and writing to work one-on-one with students needing extra support at school became a rewarding experience very quickly, and I continued in that direction when I moved to Los Angeles in January 2017.

Months into my stay in LA, with a day job of working with students on the spectrum and copywriting for clients from coast to coast as a side job, I began to invest in my acting again and studied with veteran film and TV character actor Glenn Morshower. His epic, 7-hour weekly classes helped me grow as an actor and prompted me to bring my own stories to life rather than relying on existing material. For months, I created my own material weekly and collaborated with scene partners to mine the gold in the dialogue and create memorable moments.

As my third year in LA is underway, I have restructured my week to focus on two key interests: service and storytelling. The service aspect involves continuing to provide support and guidance to young clients on the spectrum as a Behavior Interventionist trained in Applied Behavior Analysis (ABA) therapy. The storytelling aspect is helping my adult clients grow and strengthen their small businesses by telling their own stories authentically and effectively. I’m also investing heavily in telling my own stories with the aim of bringing them to local and global audiences one day.

Overall, has it been relatively smooth? If not, what were some of the struggles along the way?
When I look back at nearly 25 years of working professionally, I notice my longest stint in any one place is only two years, four months. I moved a lot, typically relocating with a spouse offered a job in another market, and it harmed my ability to grow connections in any one place and any one field. Also, I found myself wanting to do a lot of different things, often at once. Putting a little energy into a lot of directions made me less productive overall.

Starting over in each new place meant attempting to secure work, often with no personal references from anyone local. Finding my community within the new place could be a lengthy process, too. With inadequate personal and professional support, the future often looked grim and unpredictable.

Not all the challenges were self-made. I had the misfortune of working at multiple places suddenly shut down. It happened twice at one TV station, with the first time involving the cancellation of a talk show and the second time, 12 years later when I returned to that station, the syndicated show I was producing was ended when the parent company running the network airing the show ended the operation of the entire network.

In between, I worked for a 24-hour news channel that was abruptly shut down, with the whole staff of 100 getting the news of the closure on the morning it closed.

We’d love to hear more about what you do.
I am a multi-faceted creative storyteller. If it involves words, there’s a good chance I have done it. Every week brings new opportunities for me to respond to, from writing a short film script based on a client’s short story to enhance a visitor’s experience to a website by creating a stronger copy to shaping a more marketable version of an actor for their social media pages and website. I especially love stories of the past.

For example, a company’s history shaped into an experience is far more memorable than a series of facts laid out chronologically. I’m most proud of my exceptional interviewing skills as they help me guide a client to a place where they can authentically share what makes them worthy of attention and success.

My work in sales, advertising, and news before narrative writing influences my style of storytelling as I focus on both authenticities in the story we’re telling along with a product-oriented approach. What sets me apart is operating from a place where the success of what we’re doing is inevitable. It’s inherent in how I approach the work.

True stories capture my attention more than anything else so I devote a lot of time to writing about things I have personally experienced or unique events that took place where I grew up. Typically the people within the stories are not known to the general public, even to locals, and yet they are attached to something of national or international significance. I become the biggest advocate to ensure these stories reach an audience one day.

If you had to go back in time and start over, would you have done anything differently?
If I had to start over, I would keep my free-spirited nature and great curiosity in many things and harness the energy with the help of a mentor at every step. I had one in my first professional job and definitely could have taken advantage of that access more often.

As I moved to different markets and into different roles, I worked independently most of the time and would have learned much more and generated more success with the guidance of a more experienced person in whatever field I was in at that time. Also, I would have at each stage of my career created a 5-year, 10-year, and 20-year plan, even when I felt I didn’t know exactly what I wanted.

I suppose I was in a rush to leave like so many young people from small towns and rural areas. What surprises me is I recognize now how most of my ideas and stories and scripts are rooted in that place. Seeking out and learning from the storytellers where I was living, especially the talented ones and anyone earning a living as a journalist or an author, would have been impactful and influential on me for years. 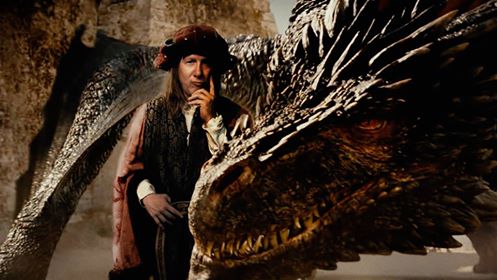 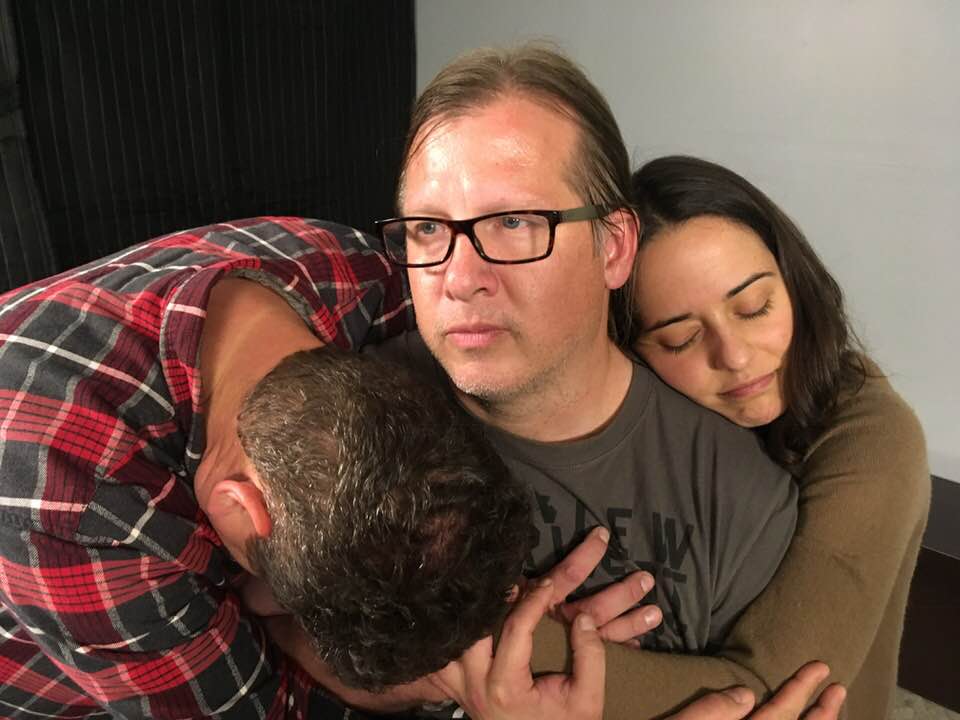 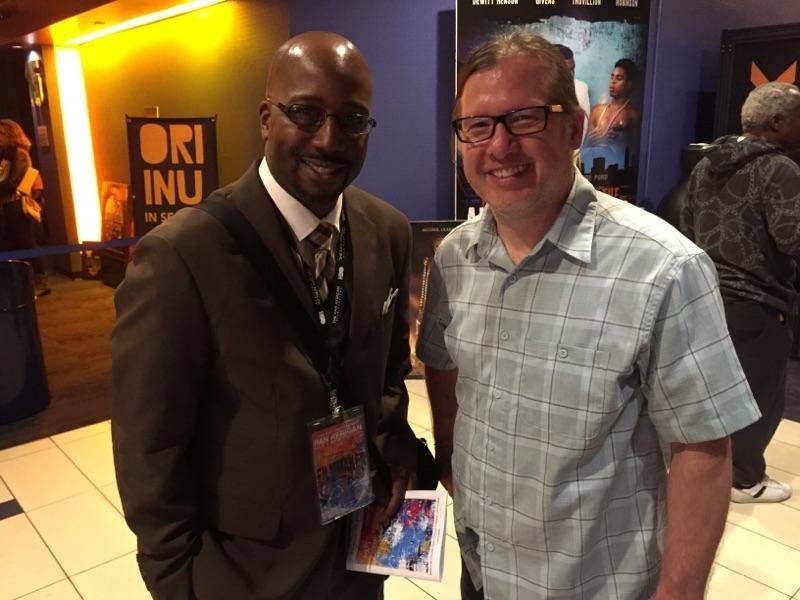 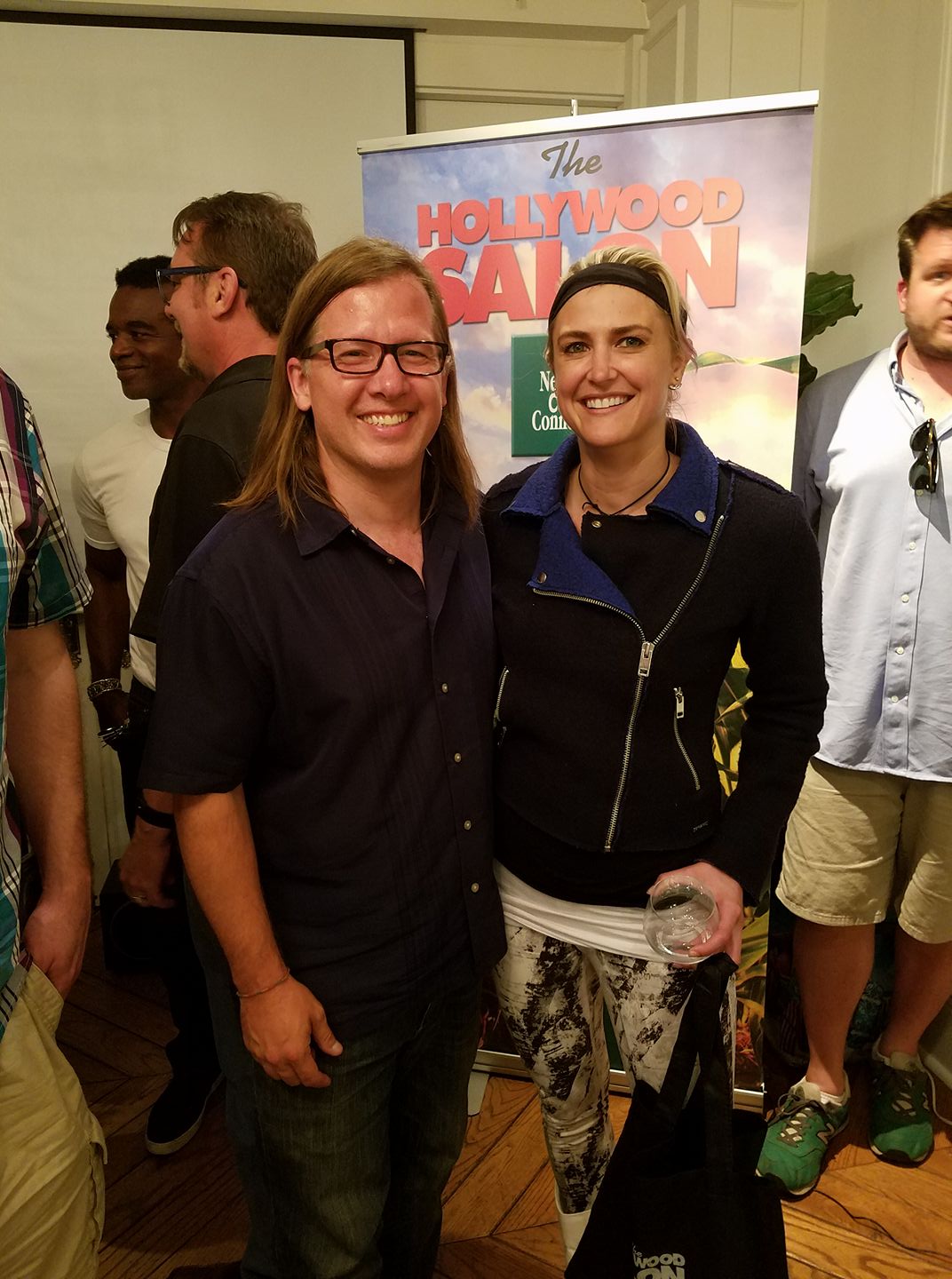 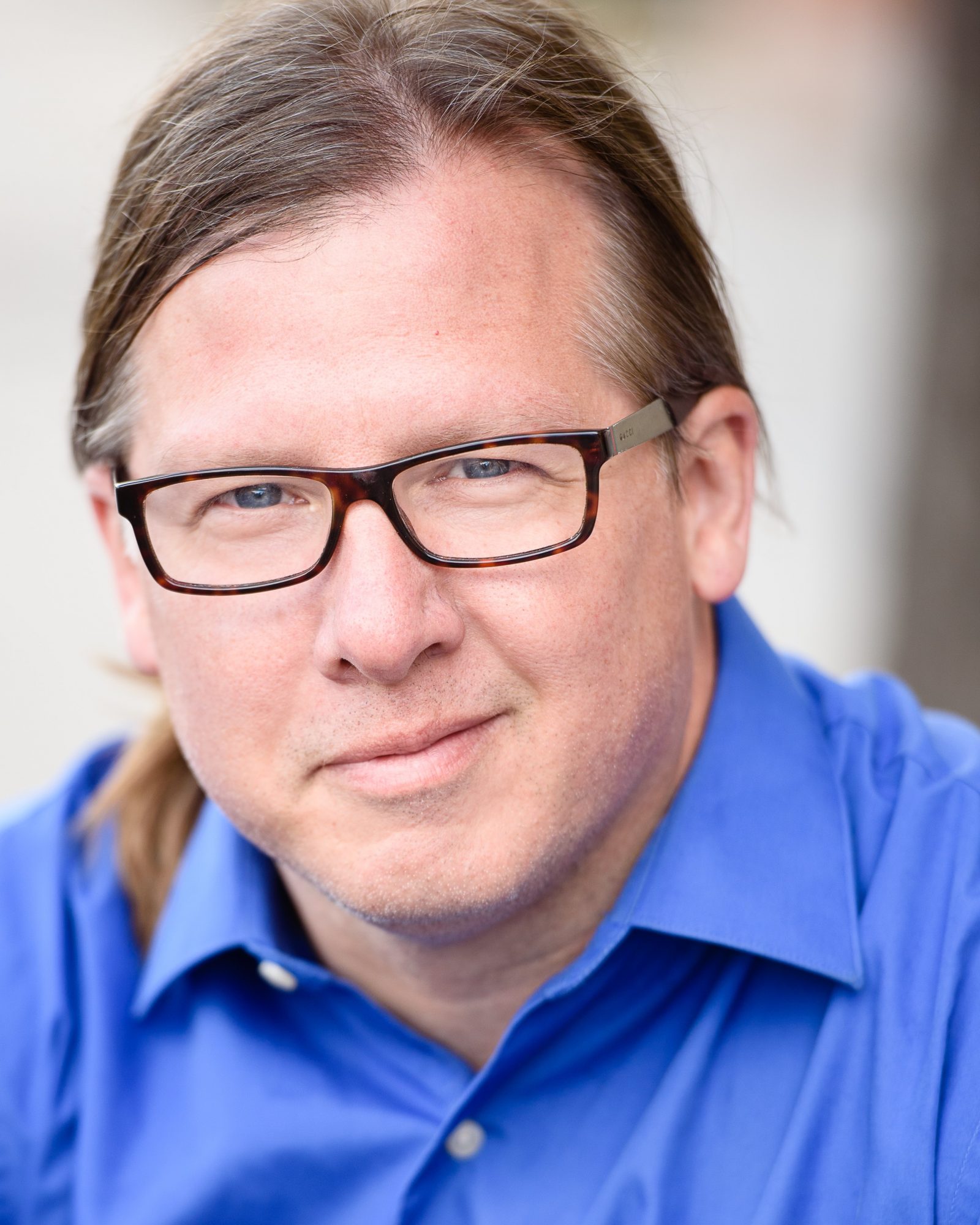 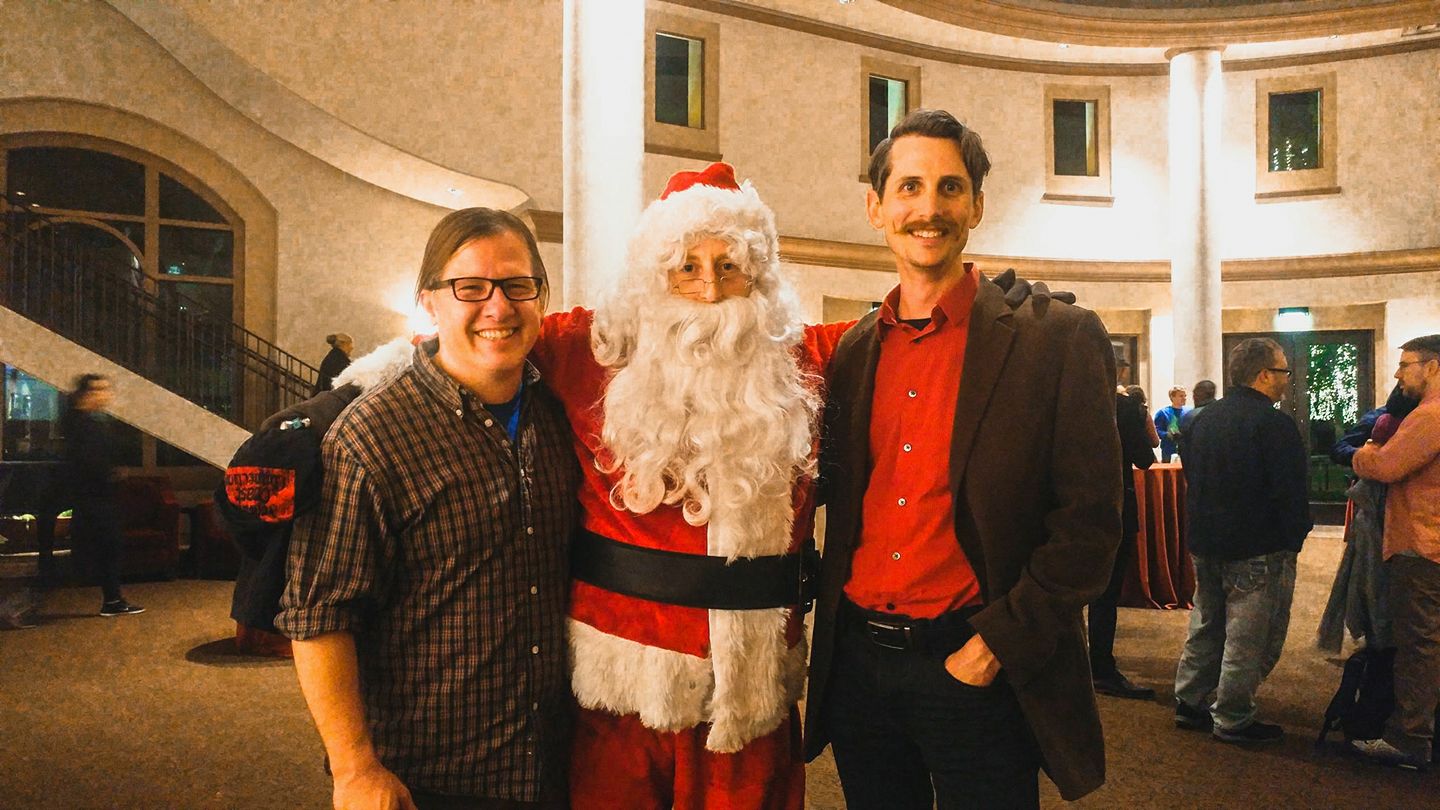