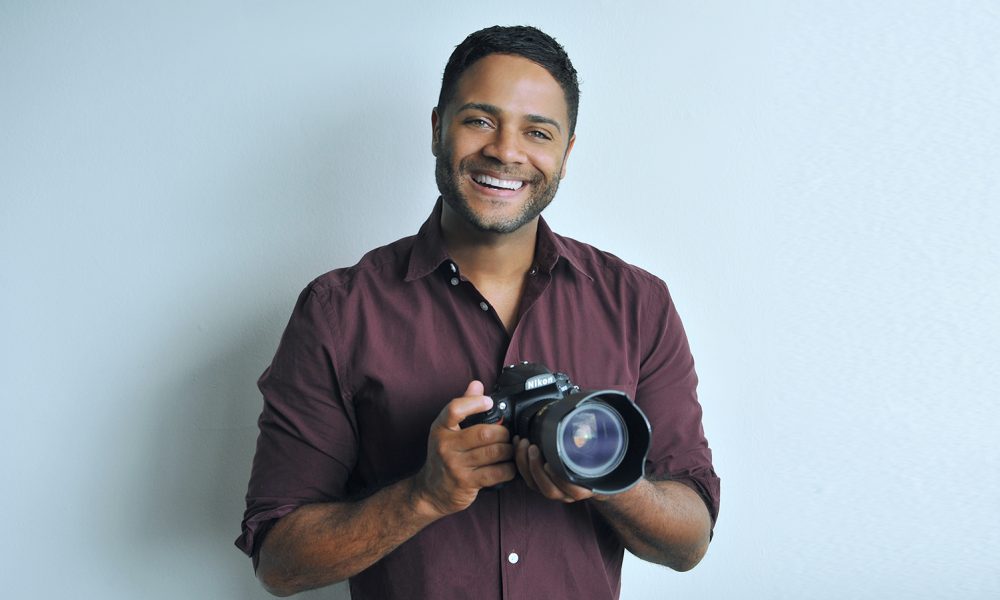 Today we’d like to introduce you to Marc Cartwright.

Marc, let’s start with your story. We’d love to hear how you got started and how the journey has been so far.
I have always wanted to be a part of the entertainment industry. When I was a child, I found the industry very intimidating and wasn’t quite sure how I would find myself involved. However, I knew that it was in my blood.

As a teenager, I began by acting in commercials. After high school, I moved to New York City to study Mass Media/Human Behavior at NYU. While fulfilling an art requirement, I immediately fell in love with photography, which allowed me to combine visual narratives with the study of human behavior. It sparked my interest in being behind the camera.

I moved to Los Angeles after college to expand my acting career and had success with commercials and some television. While being filmed, I was always more interested in what was going on behind the camera. I would watch and listen in on the producers, cinematographers and photographers, and know that I wanted to be doing what they were doing.

I began by taking photos of friends, who showed their friends, who then asked me to take their photos. I learned that I really enjoyed working with actors. A few of my actor friends and clients made it to big television shows which then put me in contact with publicists and agents. The exposure of my photos featuring working actors definitely helped in getting the word out about my photography.

Great, so let’s dig a little deeper into the story – has it been an easy path overall and if not, what were the challenges you’ve had to overcome?
I do feel very fortunate with how things have unfolded with my career. Not to say that success doesn’t come without a price. Anything worth having is going to take effort and sacrifice here and there. Struggles and bumpy roads feel like a part of the process and not all encompassing, when you have your eyes set on a goal.

There was a lot of staying home to build my career, while my friends were out having fun. There was budgeting to make sure I maintained enough capital to grow the business. There were the beginning years when I wondered WHEN the steady income would finally start, so I could stop splitting my time between side jobs and the time needed to grow my own business. There are dues you pay, but knowing that you are working for something that is all your vision makes it worth it.

I know that I am most valuable to others, when I stay true to my goals and aspirations in life. With my experience, I knew that I could bring something of value to my clients that I may not have had the freedom to do if I worked for someone else.

Marc Cartwright Headshots – what should we know? What do you guys do best? What sets you apart from the competition?
My company is Marc Cartwright Headshots. In the arena of headshots, I like to think of myself as a headshot photographer and image consultant. While of course, I want people to look good in a photograph; I really do like to have a lot of dialogue about how people are selling themselves in the industry. An effective headshot goes beyond great lighting, makeup & hair and the right wardrobe. It’s not just about taking a photo. It is about taking a photo that is going to represent who you are as an actor. Your personality, how relatable you are and how professional you are.

The comment that I hear most often is that I am known for capturing the essence and personality of a person through their eyes. It’s cliché but the eyes really are the windows to the soul. In my opinion, what is going on behind the eyes is the most important part a photograph. You can have every element perfect in a headshot, but if the eyes aren’t telling the story, to me the headshot isn’t serving its purpose.

As a company I am most proud of the caliber of amazing people that recommend and photograph with me. When I encounter an agent or manager that has seen it all and they choose me to trust with their clients: that means a lot to me. There is a lot of pressure within the industry to deliver; a ton of competition that actors, agents, managers, etc. have to contend with. To know that they trust my vision to be a part of what they are doing to become successful is inspiring and not something I take lightly.

What sets me apart from others is that I treat each person uniquely. No one actor is the same and so every shoot has its own personality. I really like a professional but laid back environment. I don’t like actors to feel rushed or like they are being pressured. I only shoot one person at a time and usually only one or two per day. I like the headshot session to feel as if we are hanging out as new friends vs. making the client feel like they are in a picture factory. If I were to have three other people in my studio waiting to have their photo taken for instance, an actor is going to feel that time pressure. For an actor, there is already enough pressure to get a great shot. There are already many things on their mind; you want to remove as many elements as possible that could make a person more nervous.

What moment in your career do you look back most fondly on?
I would say my proudest moments are when I am able to show my accomplishments to those that have believed in me from the beginning. My family for instance has been nothing but supportive. They aren’t a part of the entertainment industry and don’t know how this all works. It was through their blind faith and belief in me that I am in the position I am.

There have been times I have worked with someone I idolized when I was younger. Those are always amazing experiences and proud moments.

Before Details Magazine ceased publication, I got photos of Shaileen Woodley in there. I had always loved Details Magazine as a child, so seeing my work published there was a pretty exciting moment.