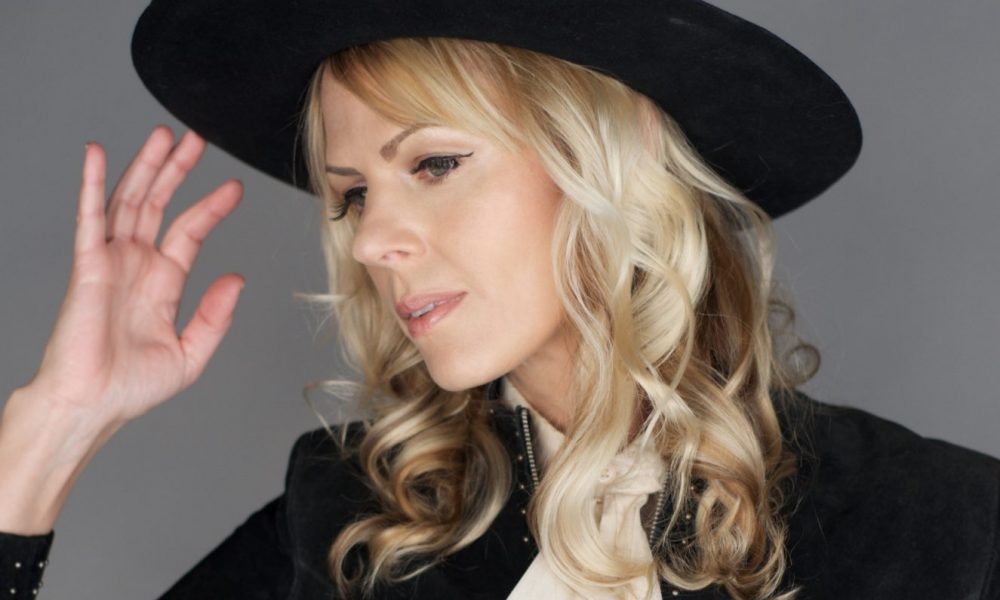 Today we’d like to introduce you to Manda Mosher.

Manda, please share your story with us. How did you get to where you are today?
I’m a Los Angeles native with family on my mother’s side going back five generations in this area. Music was always a central focus in my family. My father plays flamenco guitar, my mother sings, and my parent’s record collection was a fabulous sampling of folk and rock from the 60s and 70s. The turntable was where I spent many hours as a kid listening to records and starring at record covers. When my father came home from work, I’d play guitar melodies for him that I’d heard him practicing, and he would then show me the proper way to play. Before the age of 10, I was writing poetry to express how I viewed the world. It was a cathartic form of expression. Emotions were confusing and felt dramatic when I was growing up. Setting music to my writing quickly turned into a passion for writing songs that started just before I joined my first band at the age of 12. I realized that communicating through song was my strongest form of expression.

In my first band, I was playing rhythm guitar until the lead singer and guitarist in the band moved away…we had a backyard party show booked which put me in the position to start singing. In the early days, I was more comfortable being a songwriter and thought that others would eventually cover the songs I wrote. I quickly found out though that I would be the one that needed to sing these songs. Through High School, I fronted original bands and took up lead guitar. Although we always covered our favorite songs, the main focus was on creating original material. In many ways, not much has changed. Performing and writing are still at the heart of all that I do. I’ve toured the country and overseas both as a solo artist and with my last band, CALICO the band. Making records is my greatest passion. Figuring out how to best release my musical material and other’s remains a constantly changing challenge as fans change their ways of consuming music. Technology sure has a way of turning business models that were once successful on their heads very quickly. The music industry has taken a lethal blow in that way however, creating music is a constant need that will never subside regardless.

After playing in High School bands, I decided to study music at Berklee College of Music in Boston which brought me back to Los Angeles with a greater desire to learn the business side of the industry. I figured out that no matter how incredibly talented any one musician is, without the right business team to push that art out into the world…that art would remain invisible. I took a record label position and worked for The Recording Academy before returning to fully focus on my own music.

Has it been a smooth road?
It certainly has not been smooth. Music is a convoluted industry. At its heart is the beauty of writing, recording, and sharing that live experience with friends and fans. That’s the precious gem that lays in the middle of what can be a very corrupted environment. I believe people get into it primarily for the love of music however that can quickly become overshadowed by the systems of commerce. For me, inspiration came from the greats like Tom Petty & The Heartbreakers, Bob Dylan, Sheryl Crow, Joni Mitchell, The Doors, Neil Young, The Beatles, Motown, Robert Johnson, Bruce Springsteen. Artists struggle. They struggle with creating their true vision. Many struggle with the business where it feels the purity of creation is dismantled, categorized, sterilized…and for many like me simply finding an audience that values music enough to support it financially. Currently, music streaming is the number one way people listen to music. Streaming does not pay artists in any significant way. Recorded music used to be a revenue stream for artists that they could combine with touring, merchandising, and film/tv placements. Musicians now rely on touring and their merchandise to support themselves. The only good thing about the take-over of streaming that I can see is that it’s created a greater appreciation for Vinyl, CDs, and Cassettes. These are now specialty formats that are cherished by fans. I love vinyl and still prefer listening to CDs in my car. Streaming is a last resort for me…the audio quality sounds like unlistenable digital hiss. Within all of this, I try to remain positive and go back to the source of creating. Joni Mitchell retired from music in favor of painting mainly due to the confines of the business structures as she often references. I understand that completely however, my drive to continually create still has me interested in navigating through the business. Not only for myself, but for other artists I believe in.

So, as you know, we’re impressed with Manda Mosher – tell our readers more, for example what you’re most proud of as a company and what sets you apart from others.
I specialize in performing and writing music that comes from an independent spirit. Stylistically I’m rooted in 60s and 70s rock, folk, old country, and blues all through an alternative lens. Alternative Americana, Alternative Country, Indie. I love pulling in retro styling when it comes to clothing and graphic design. I’m inspired by what was created in the past and pull more from that than I do from what my contemporaries are doing. It’s nostalgic for me. My label that I co-run with my husband, Blackbird Record Label, is a continuation of my previous record label California Country Records. We specialize in releasing quality independent music across genres whereas California Country Records was very specifically honed in on the California roots music community.

What I hope sets us apart from others is that we are boutique, we create and release music for the love of it first, and support art that’s important to us…when I say us I mean anyone we’re partnering to work with…it’s important to us to keep an integrity to the art and an open honesty when it comes to the business side of things.

Let’s touch on your thoughts about our city – what do you like the most and least?
I love the diversity represented in our city. Growing up here gave me a skewed perspective once I started traveling the country and realized how very different LA was in comparison to the rest of the country and world. We seemingly have access to everything…art, cuisine, fashion, education, the mountains, the beaches, museums, the deserts…the warmer weather. While on tour I always left my mind open to the idea of moving elsewhere if another city or town drew me in enough to relocate…but I’ve always come back to call LA my home.

What our city really struggles with is congestion, poverty, homelessness and high-cost housing back to back with staggering wealth. Our city could use a healthy dose of compassion. When I was a teenager, I could drive from the hills of La Crescenta to the beach in Santa Monica in less than 35 minutes. HA! New Yorkers tease us LA folks about how slow paced and relaxed our beach life is…but honestly the majority of this city is running at an intense speed and very little of that is happening by the beach. 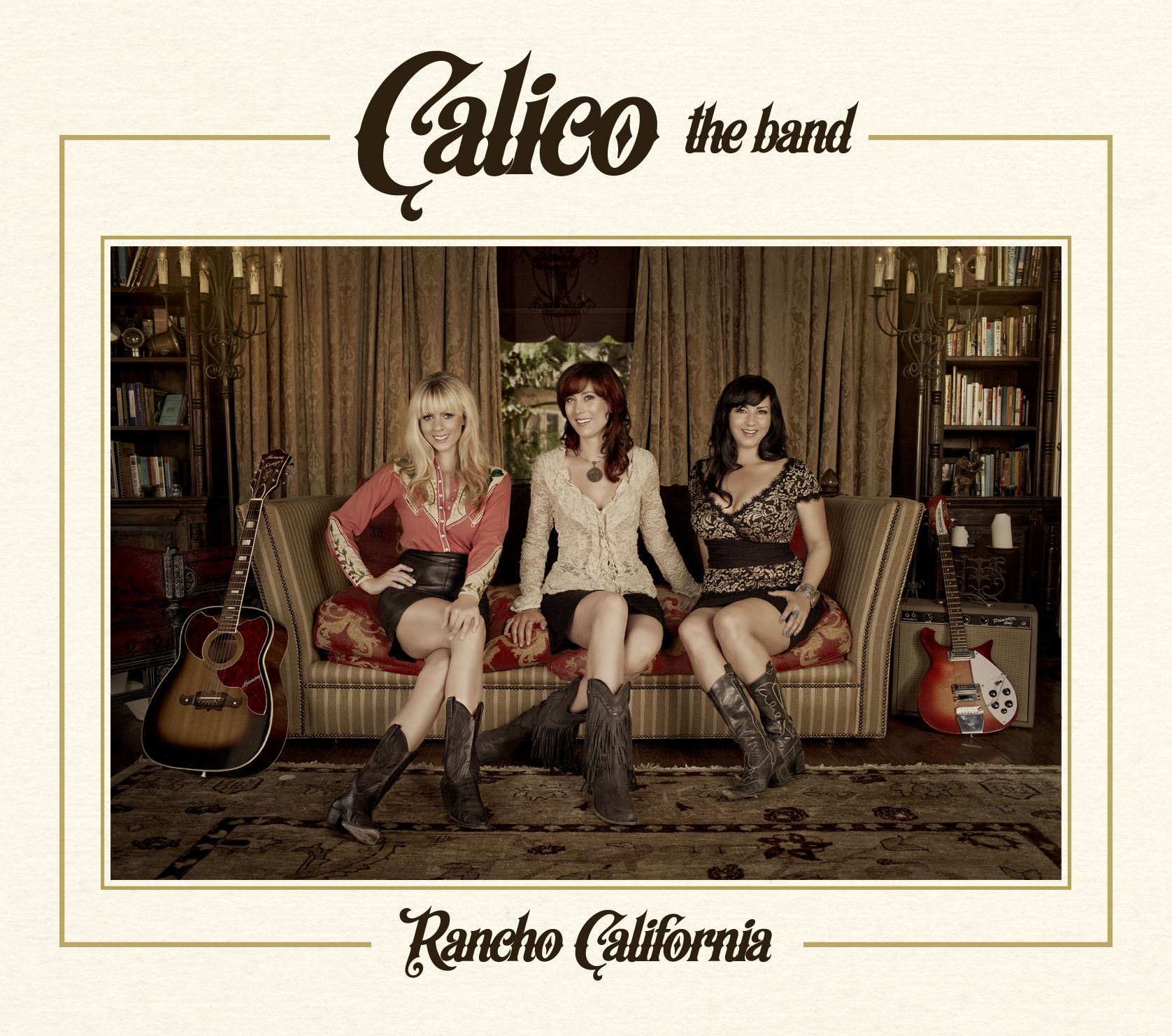 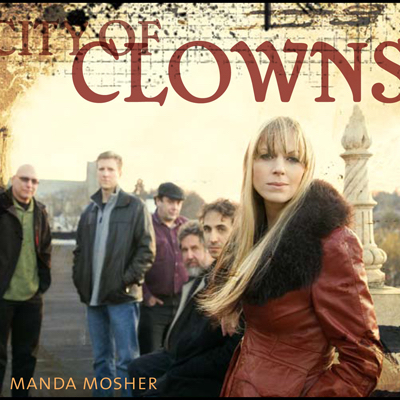 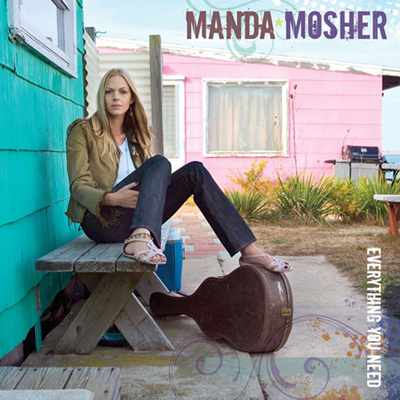 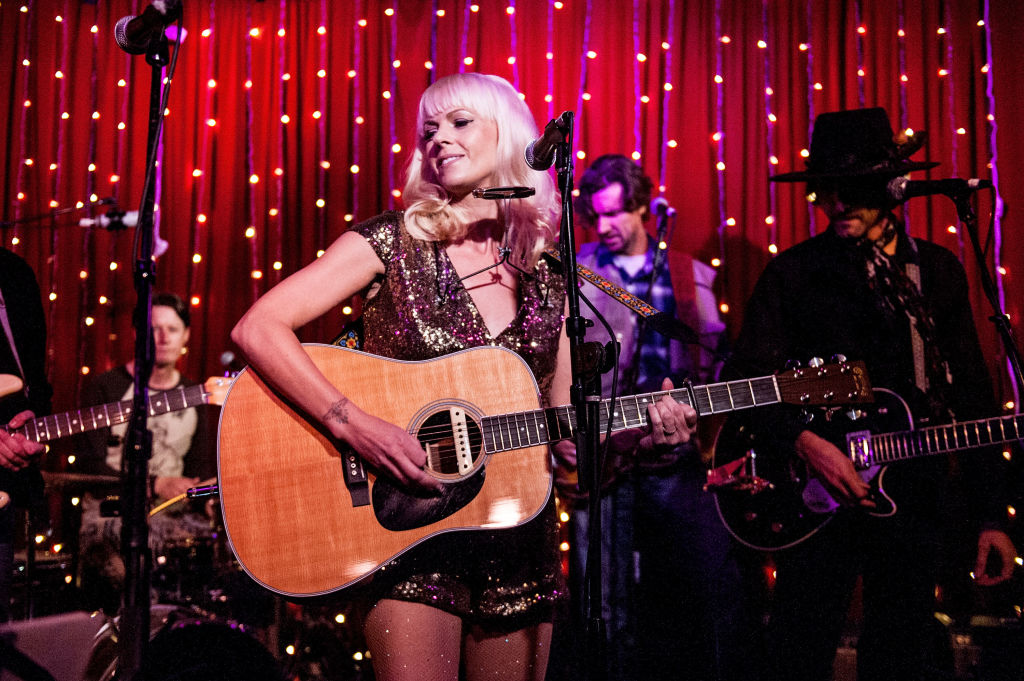 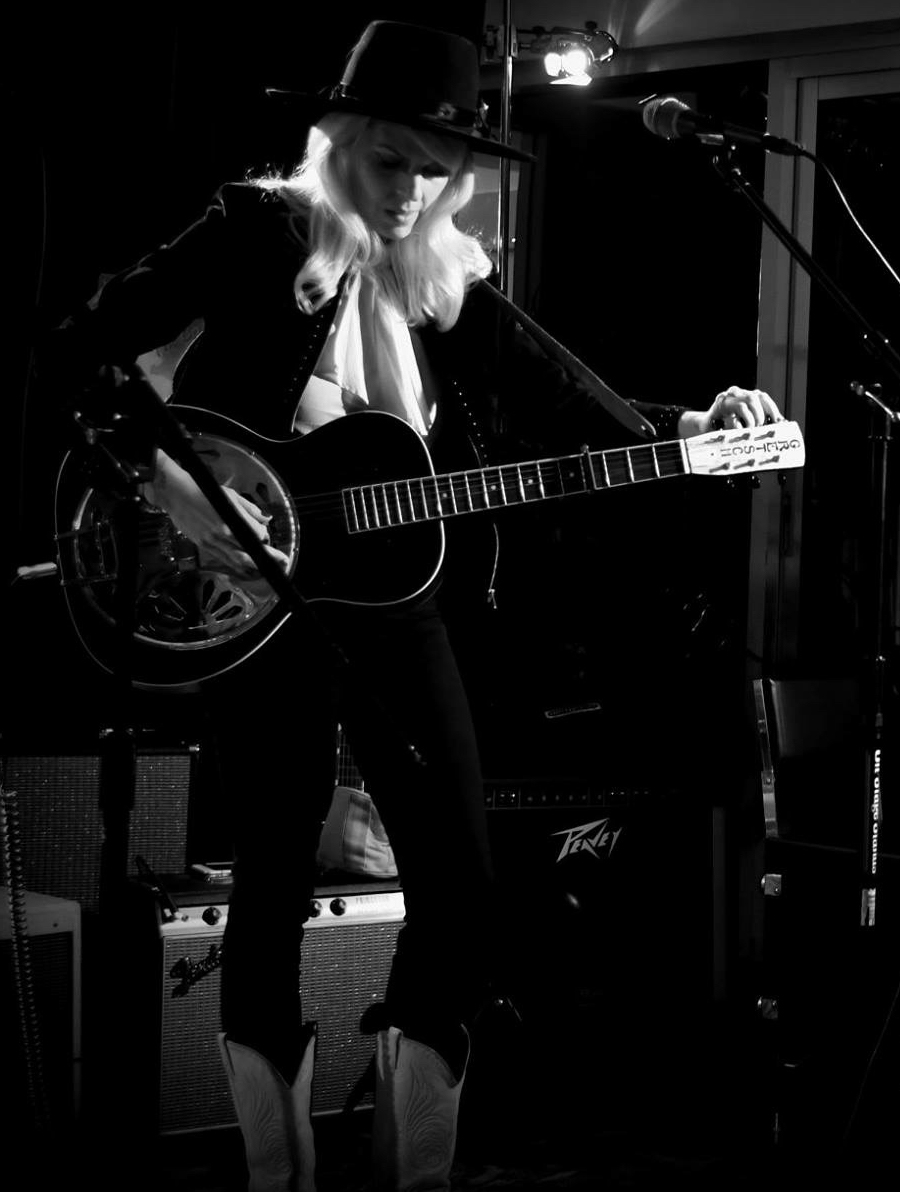 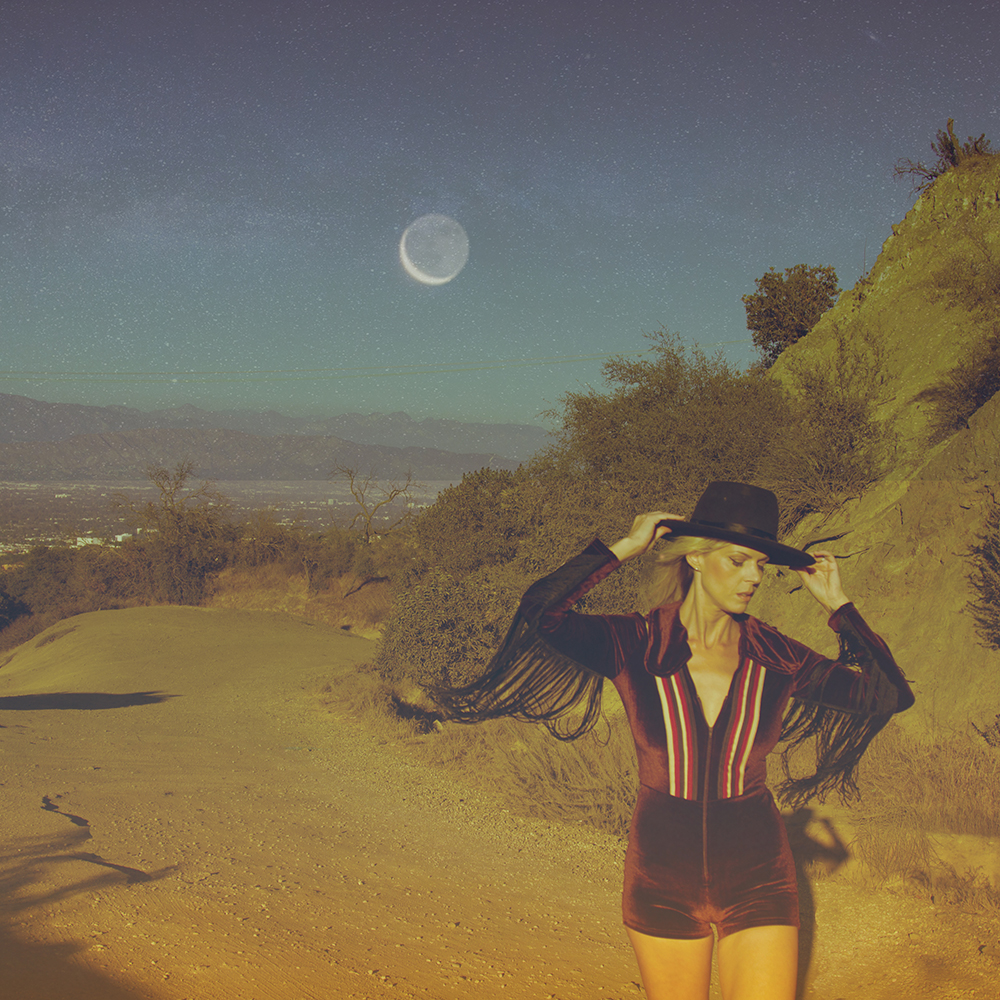 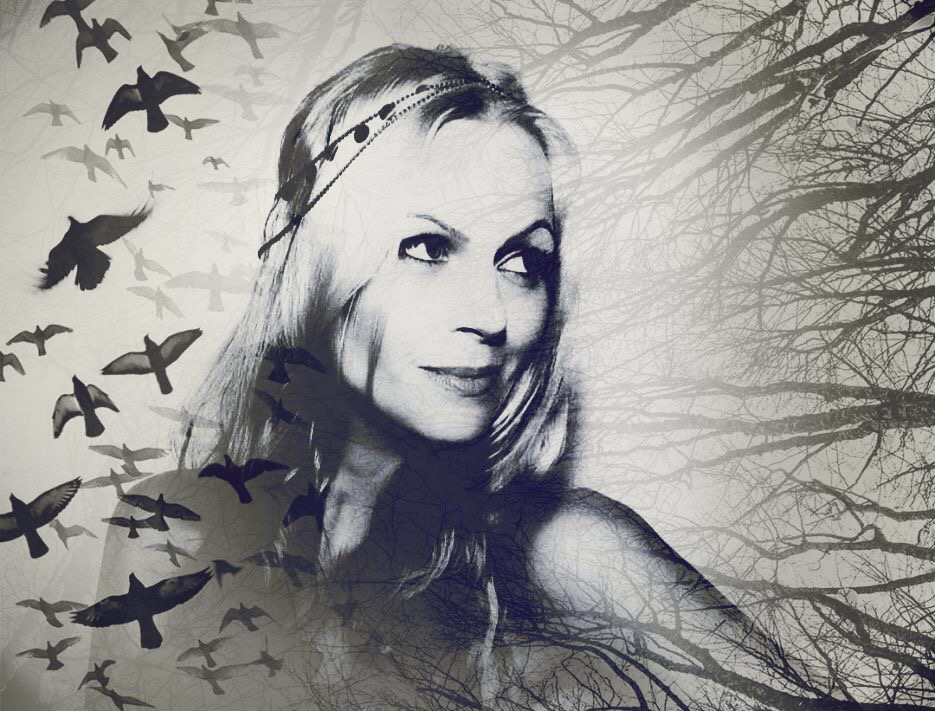