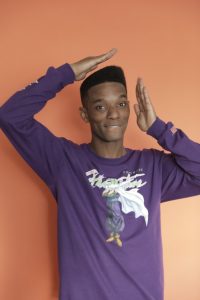 Today we’d like to introduce you to Malik “Gvmby” Bannister.

Thanks for sharing your story with us Malik “Gvmby”. So, let’s start at the beginning and we can move on from there.
Expression comes to mind when you say “Malik”.

Hailing from Queens, NY only to move in ’99 to Virginia Beach. Hip-hop legends and hometown heroes like Pharrell Williams, Timberland, Missy Elliot, and Pusha T would consistently push their influence into the Surrounding music/ dance culture of the early 2000s. Classic hip-hop, boom-bap, electronic ballads, alternative, riffs and chords, and sultry neo-soul sounds all play a part in the movement that is Malik. The training I received as a child was a solo journey supported through observation and grueling practice but also backed by a burning desire to express body movement in a legible way.

Popular dance moves, “old-school” hip-hop grooves, regular attendance to baptist church, and watching my neighbors enjoy the music of the times all served a purpose in my development as a mover. Nonetheless, my deep-seeded issues with my father not being in the house, me being the middle of 3 sons, or the fact that we were basically poor became fuel for a raging passion I had yet to discover. It wasn’t until high school when I believed in myself enough to prepare myself to pursue my passion.

In 2010, I beat Pneumonia, just barely applied for colleges because of it, and my teachers did everything in their power to see I graduated that year SO I COULDNT WASTE IT. Months later in the 2nd semester of my Freshmen year at VCU (Virginia Commonwealth University) I was introduced to the dance organization called KODACHROME. Through my late teen years, this organization used their weekends and traveled from college to college within Virginia and eventually spreading to North Carolina. KODACHROME created a weekend getaway experience that trained the bodies and minds of young aspiring dancers. This program helped me develop several styles of dance. Styles include Jazz, Contemporary, House, Hip-hop, Krump, Popping and breaking was taught and confidence built toward greener pastures.

The following years consisted in hip-hop concept videos, collegiate dance performances, college, and eventually 2012 led into training in Virginia Beach, VA. The studio Baila Fuzion Dance Company offers a multitude of dance styles choices and specializes in Caribbean and Hispanic cultured dance styles. Within the hip-hop department of the studio Malik danced under crew “Baila Tribe”, representing in battles, performances, showcases, etc. This continues through a move to Los Angeles in 2016 and continued training through the Southern California Dance Community.

Has it been a smooth road?
Pneumonia my senior year of high school:: Pigeonholed me into applying to only one school which accepted me.

Moving to LA in 2016 with nothing: LONG STORY SHORT – got invited to a dance audition in Van Nuys for the Academy of villains while living in Virginia Beach, VA. Got flown out for it and flown back out via a father from the home dance studio.

Missing out on Bey-chella:: MSA sent me an audition email 4hrs passed the starting time of the freestyle dancers, I luckily was already on way but arrived as the freestylers exited and girls entered.

So, as you know, we’re impressed with Royal Nerd Society – tell our readers more, for example what you’re most proud of and what sets you apart from others.
I am apart of a collective of Artists known as Royal Nerd Society; located in the North Hollywood area of the Valley. The Collective is still growing but is a close-knit team of positive personalities who are determined to usher in a new era of entertainment.

Within the collective, I am a Host for our Live events, a dancer/choreographer, video producer, and video game Streamer on Twitch.

I’m proud of the fact that our group is diverse and honestly a bit weird. Everyone surely has their own personality, goals, and ideals but we make a way to create magic between us no matter the circumstance.

WE’RE NERDS; we came to have a good time yet educate, support, edify, and slap everyone in the face with our obsessive nerdom that has become professions.

Let’s touch on your thoughts about our city – what do you like the most and least?
I love the fact the LA’s culture and population are so deep that you can find ANYTHING YOU WANT HERE!! Nothing but opportunity.

I hate the fact that LA’s culture and population are so deep that you can find ANYTHING YOU WANT HERE!! Nothing but distractions. 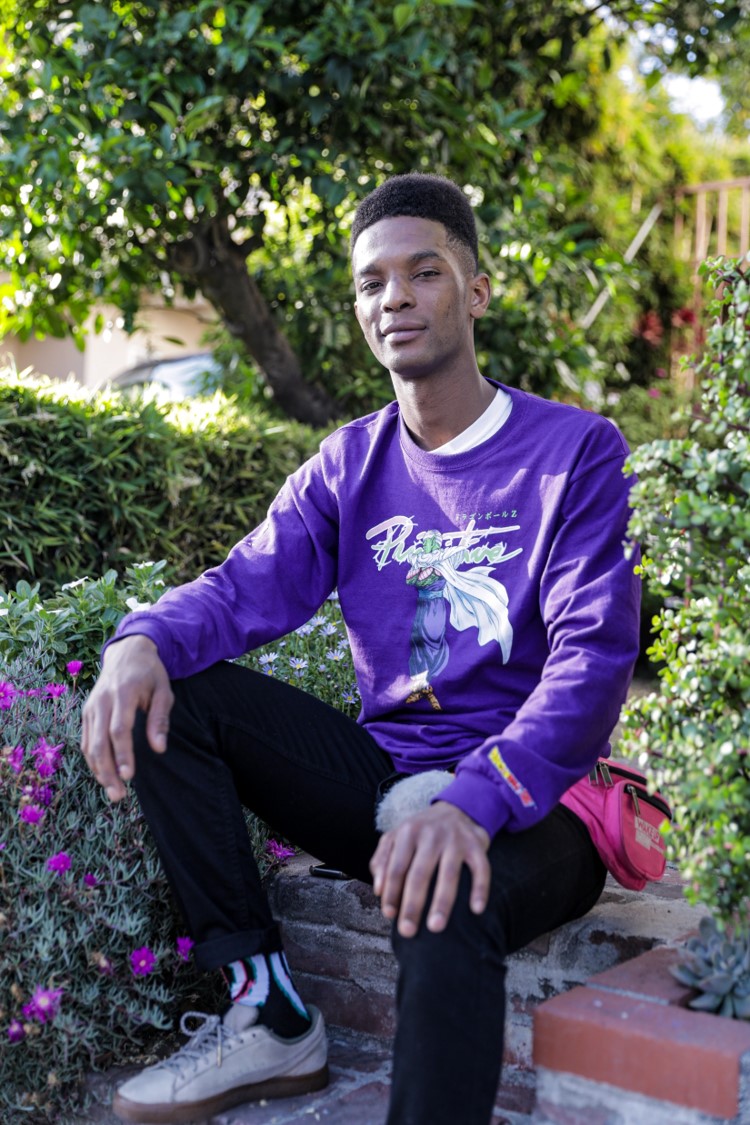 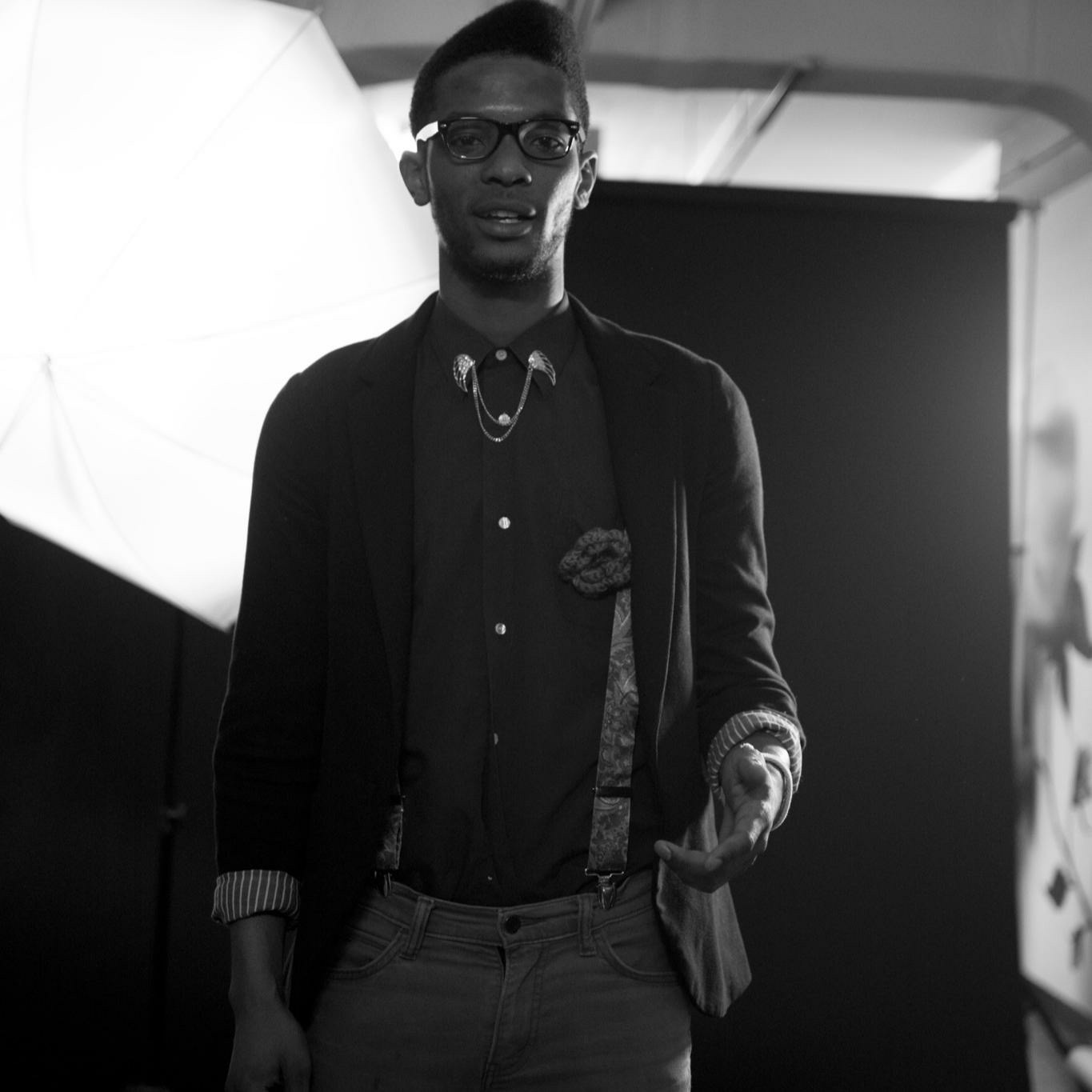 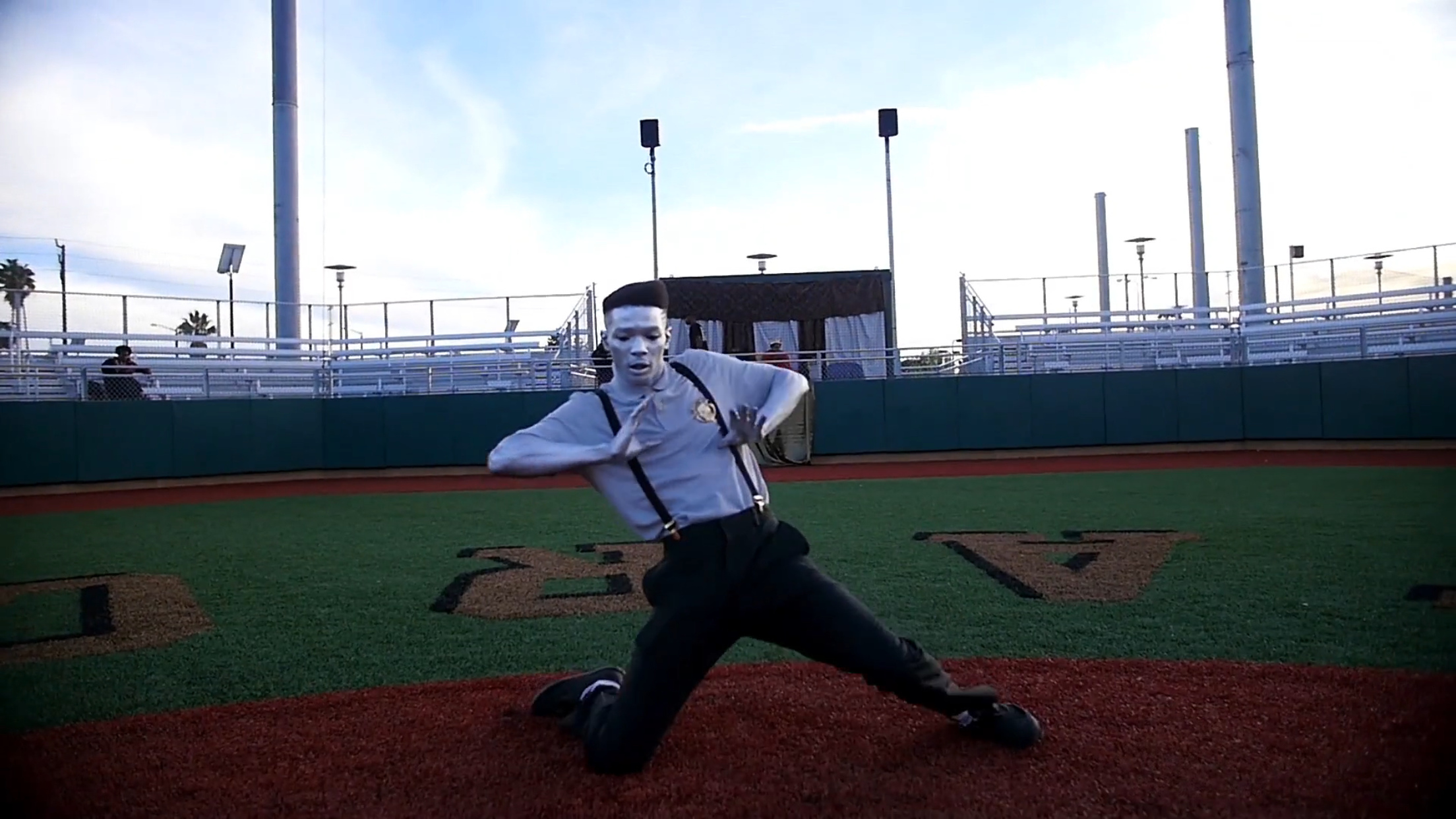 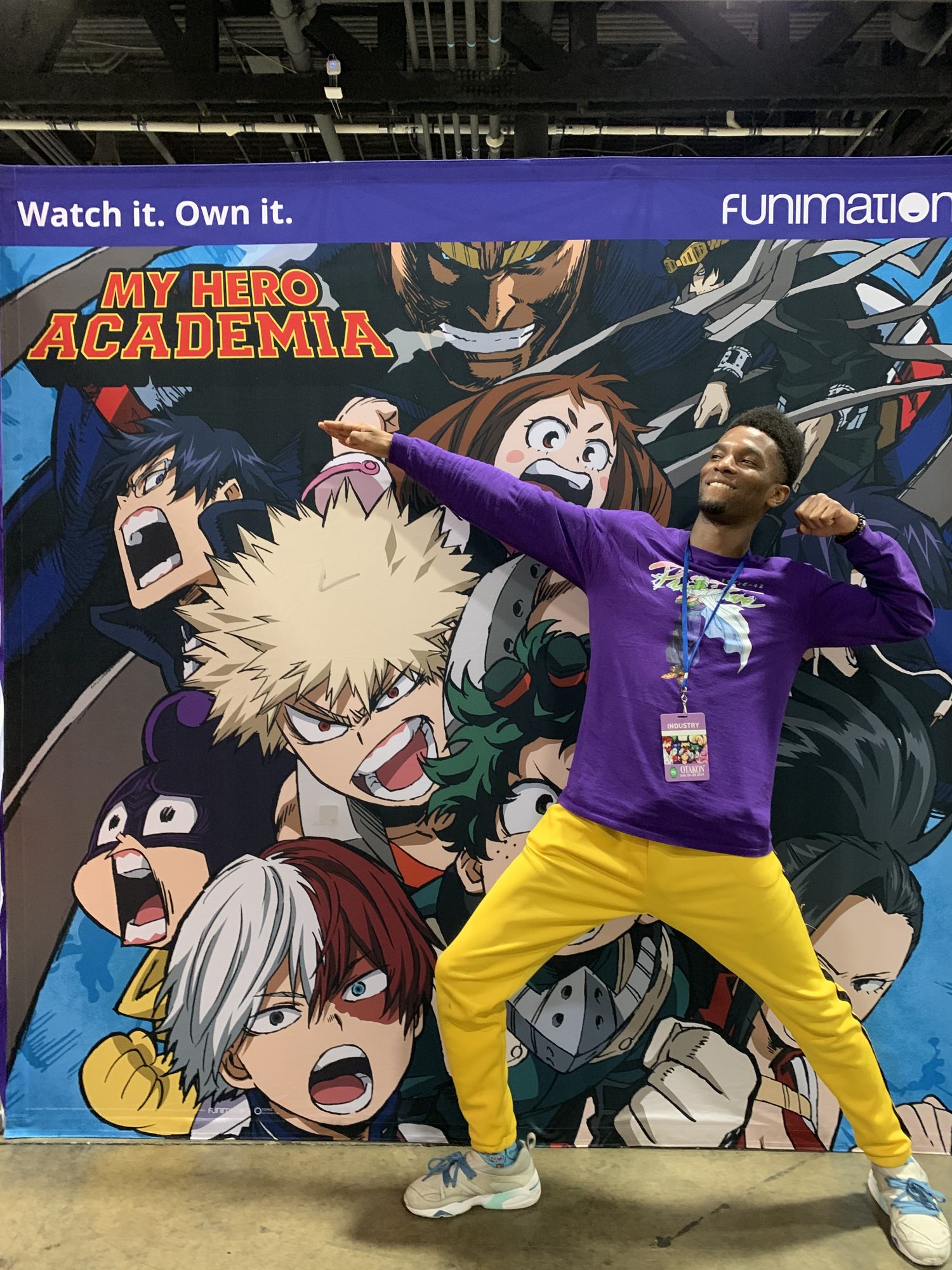 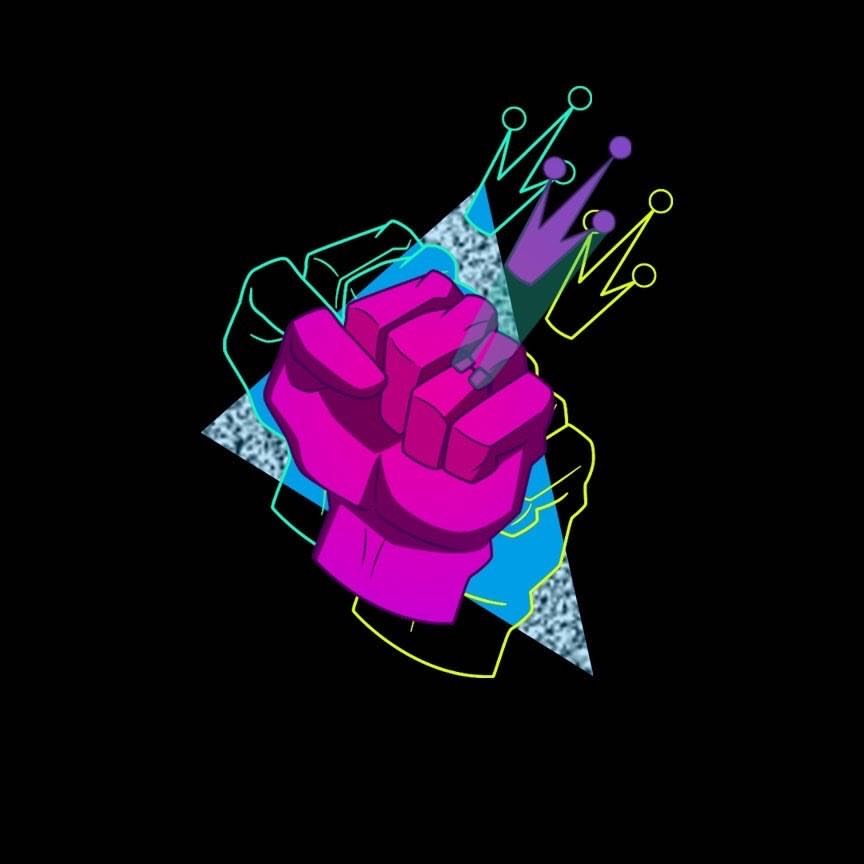