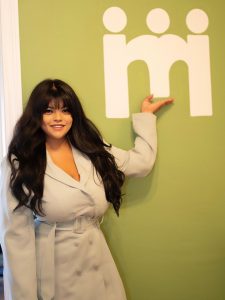 Today we’d like to introduce you to Magybet Mendez.

So, before we jump into specific questions about the business, why don’t you give us some details about you and your story.
My story begins in Puebla, Mexico, I was born there to two wonderful Mexican parents who taught me compassion, work-ethics, and that my dreams had no limit. My family immigrated to the U.S. when I was three years old and settled in Van Nuys, CA. My passions as a child involved art and helping my community. I’ve always been an active participant in helping others whether it was at school, work, or in my free time. That stuck around all these years.

Specifically, my journey in the immigration field leads back to my parents, they were both undocumented for several years. I remember struggling to read ” appeal” paperwork as a child and attempting to interpret legal notices the best I could. Then visiting a home in Los Angeles as a teen on Saturdays, where individuals gathered to pursue a class action law-suit for amnesty cases. Many whose cases had been rejected unfairly. Sadly, people were scared or became discouraged. That’s the first time I recall being motivated to improve their outreach and began questioning what was happening but most importantly, what I could do to help. I was quick to offer my social media navigation skills since the members were not familiar. I began selling their T-Shirts to accumulate funds. That was the first time my dad was able to get his “FOIA” or immigration file. Years later, when I could understand it, I discovered they had also become victims of immigration fraud, I couldn’t trust anyone with their case. As I began to learn more about the issue, I realized immigration fraud was common amongst our communities and no one was speaking up for a variety of reasons. I became determined to find a solution for my parents and in the process became motivated to help others understand the process so they wouldn’t get ripped off.

It was through these experiences that Immigo’s core values were established. I knew then I wanted to create a platform for immigrants of all ages. After a long journey, I was able to assist both parents obtain “legal” status successfully. After fulfilling my promise to both, I felt the need to move onto something I would’ve been interested in if this didn’t happen but I felt life had brought me on this journey for a reason so I decided to keep using the skills I acquired in managing private and non-profit sectors to create a safe place. A place where agents of social change uphold the dignity of immigrants and create pathways for immigrant families to prosper in today’s America. Out of love and desire for change, Immigo was born.

Overall, has it been relatively smooth? If not, what were some of the struggles along the way?
It was never easy but the barriers I faced were a great factor in my attributions to the different programs we offer.

During high school, I discovered what being undocumented in this country meant through an experience of my own. I didn’t know where or who to turn to that would understand and provide assistance in navigating the U.S. education system as an undocumented person, which affected a lot of my plans. My research led to dead ends, social media was silent, and others didn’t talk about their status openly. After that, I decided that I would say it loud and proud with whatever repercussions came from it in an attempt to get others involved. By the end of 2010, I was fully committed to advocating for myself, my parents, and the rest of the immigrant community.

There was also a time no one would hire me but I managed to earn money freelancing. A lot of people I’ve met like to joke that I’ve had several careers before I hit my 30s and in some way they’re right. I’ve done a lot of exploring and it can feel overwhelming to most, but I really enjoy working on all sorts of creative outlets and projects. It wasn’t until Deferred Action for Childhood Arrivals (DACA) came into effect in 2012 that I was able to graduate in 2013 and land a “stable” job. Although DACA doesn’t define me, it helped, it felt like a much-needed breath of fresh air. I stepped into immigration work and have been actively involved in the field since. For the years to follow, I taught myself about business, management, event coordinating, and design. All of which has been brought into the creation of immigo.

My final push was when the private firm I worked for announced they’d be relocating back to New York and I’d be left unemployed. I contemplated on what to do next and decided to execute a business plan that I had shoved away for years. I established Immigo right before the pandemic hit, and I was terrified it would disrupt my plans but instead it helped that I was offering a traveling service within Los Angeles County. Today, I take pride in my past work, creativity, and determination. Immigo was born from a young woman whose character was built from overcoming obstacles. The phrase “Things happen for a reason” had never been more relevant.

All of the above had a great impact on the services provided today, I understand first-hand the importance of creating resources and it being attainable.

Immigo Los Angeles – what should we know? What do you guys do best? What sets you apart from the competition?
Immigo is a community-based idea that was formed in response to the administrations’ desire to terminate pathways, increase prices, and separate families. Immigo strives to target root causes that prevent our immigrant communities’ success by providing informative, professional, and educational development, know your rights workshops, and citizenship-exam classes. We also focus on providing immigration form assistance to obtain green cards and U.S. citizenship. Our long term goal is to empower new Americans to become active participants in the decision-making process and motivate them to show up to vote. It is our belief that immigrants can achieve their potential and are an integral part of American society. We intend to provide trusted resources to strengthen the disadvantages and create an equal playing field.

I’m proud that I am able to serve the specific demographic I had envisioned. I wanted the working-class resident to have access to service. Many immigrants spend long hours at work and were often unavailable during office hours for a variety of reasons. I began providing low-cost mobile services to self-fund while making it easier for those who needed the service but were unable to free their schedules due to their lack of income or some employer’s refusal to give them time off. There was a specific demographic that hasn’t been helped and I knew the face too well, an immigrant focused on sending every dime back to their home country without rest. My mission here is simple, to help as many people as we possible while building a team of like-minded individuals whose passion and skills are brought to the table. At Immigo we envision a place of social justice, cultural diversity, and a place where education and business resources are accessible for everyone. Immigo will strive to build a welcoming family-like comfort that welcomes all genders, nationalities, and its supporters.

What is “success” or “successful” for you?
Success to me means many things, it means being satisfied with what you put out to the world. I believe success is measured through the positive impact you have on others’ lives. I’ve always found that presenting work to the best of my ability will give me a taste of success as long as I don’t give up. Ultimately I hope my success leads to having the freedom to help others succeed and giving myself more time to explore new challenges and ideas. For me, it has always been the vision turned reality you gift the world.

Most importantly, what is success without being able to share its rewards with the people you care about. I hope to make my family proud and have them by my side. 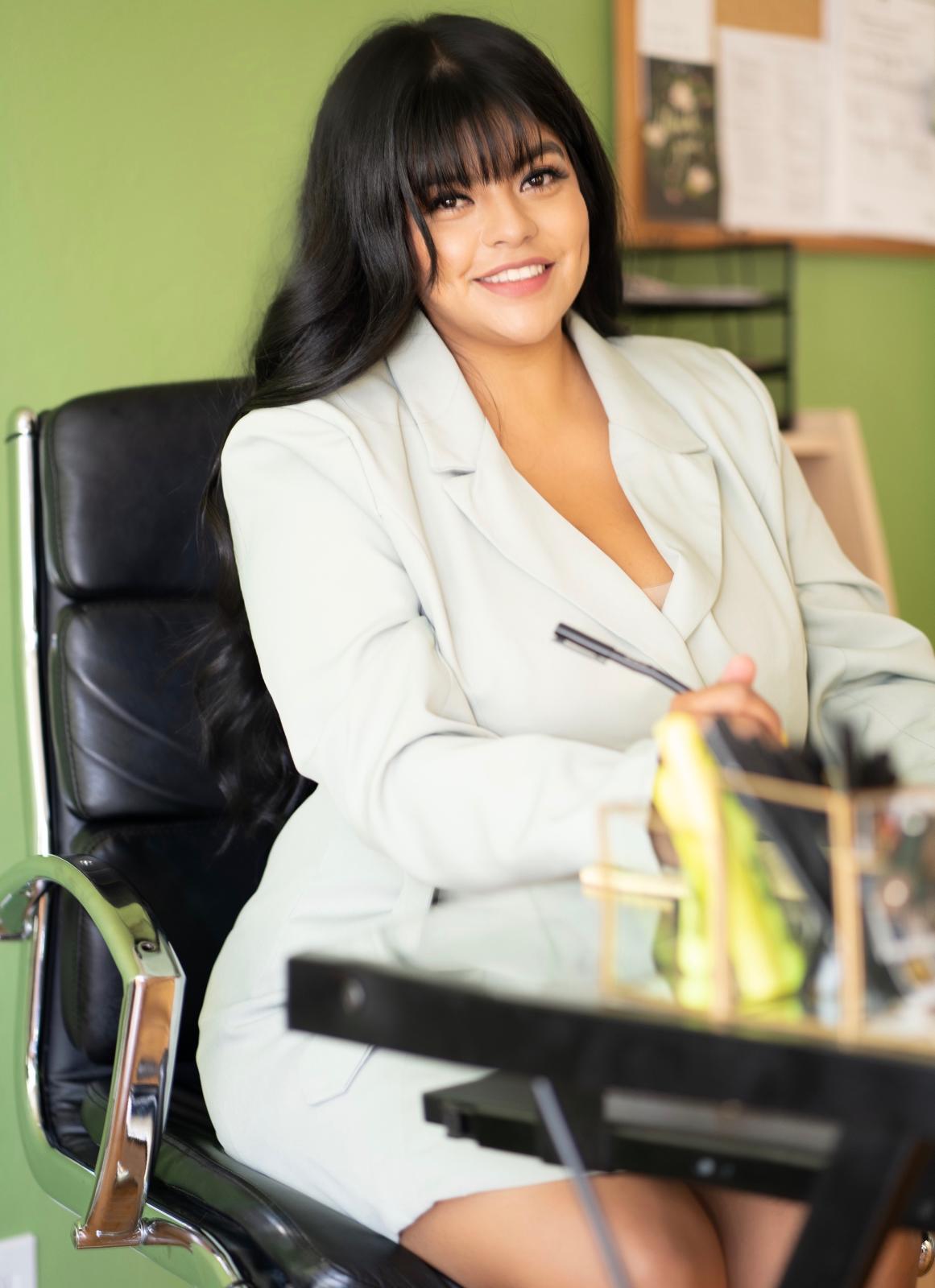 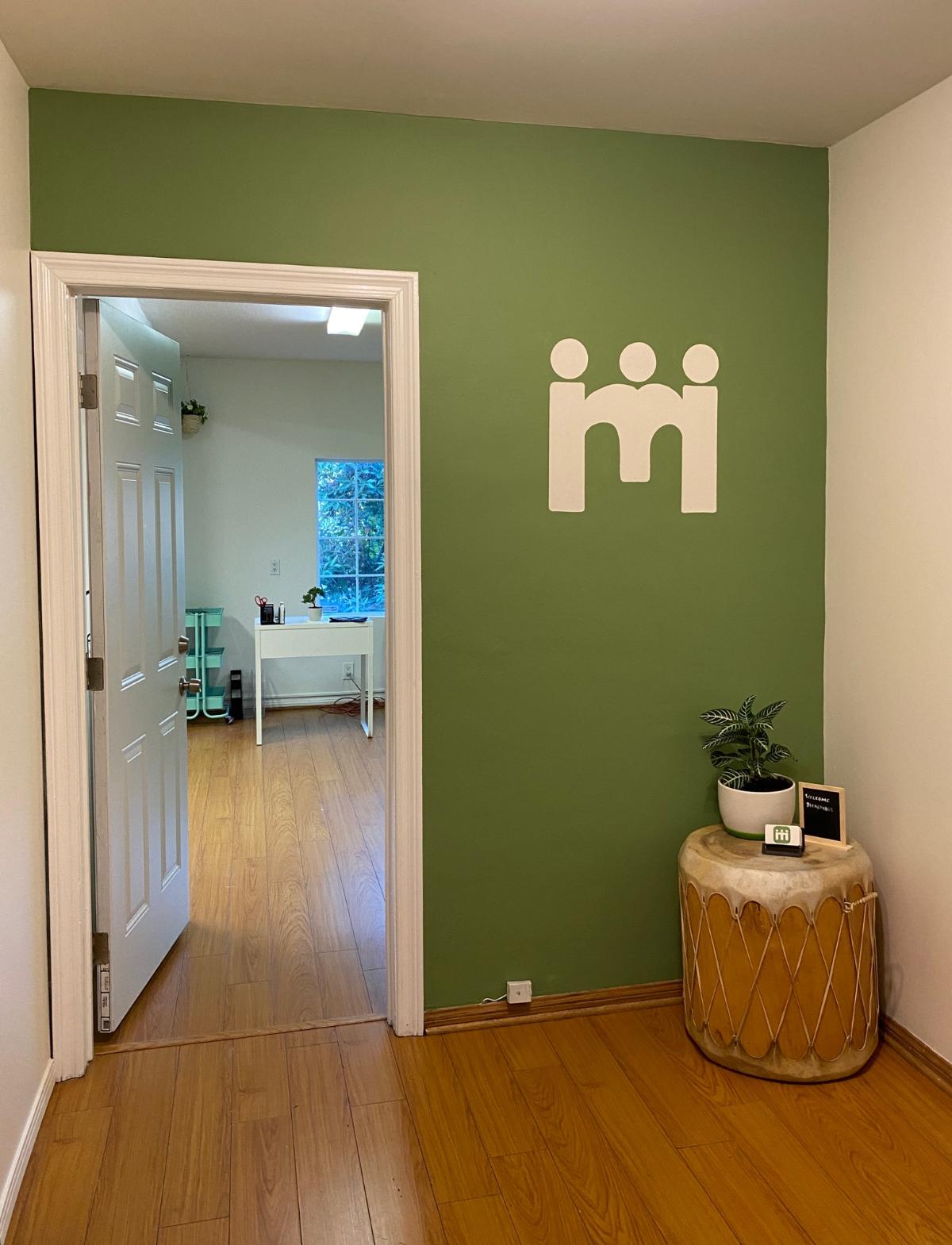 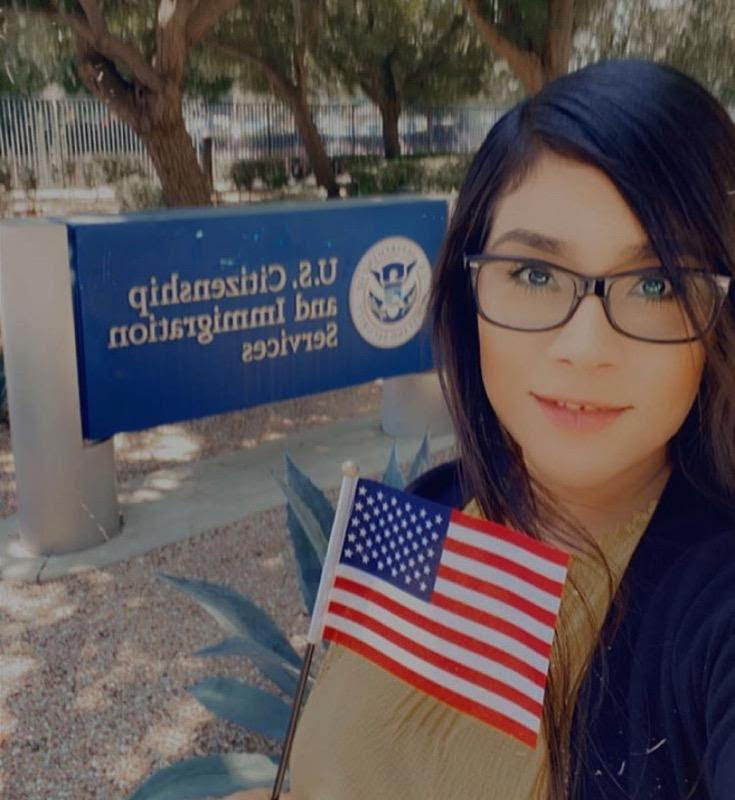 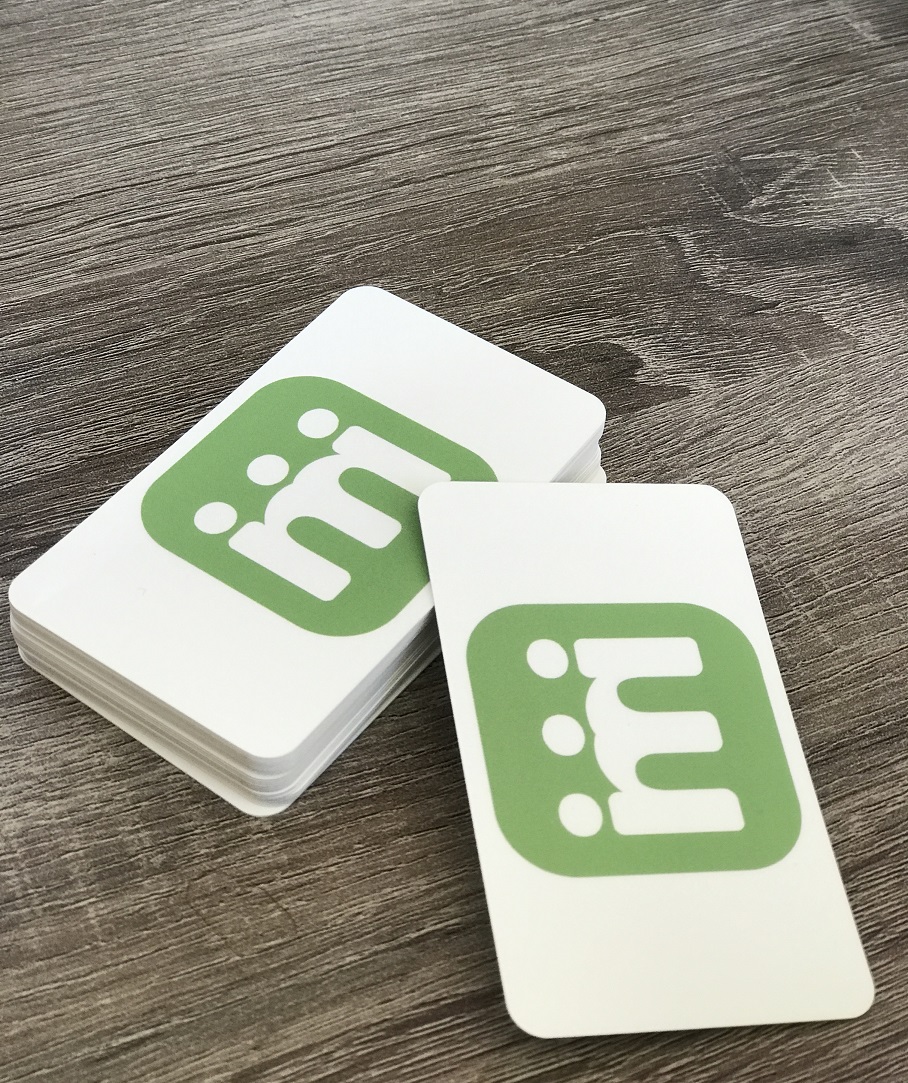 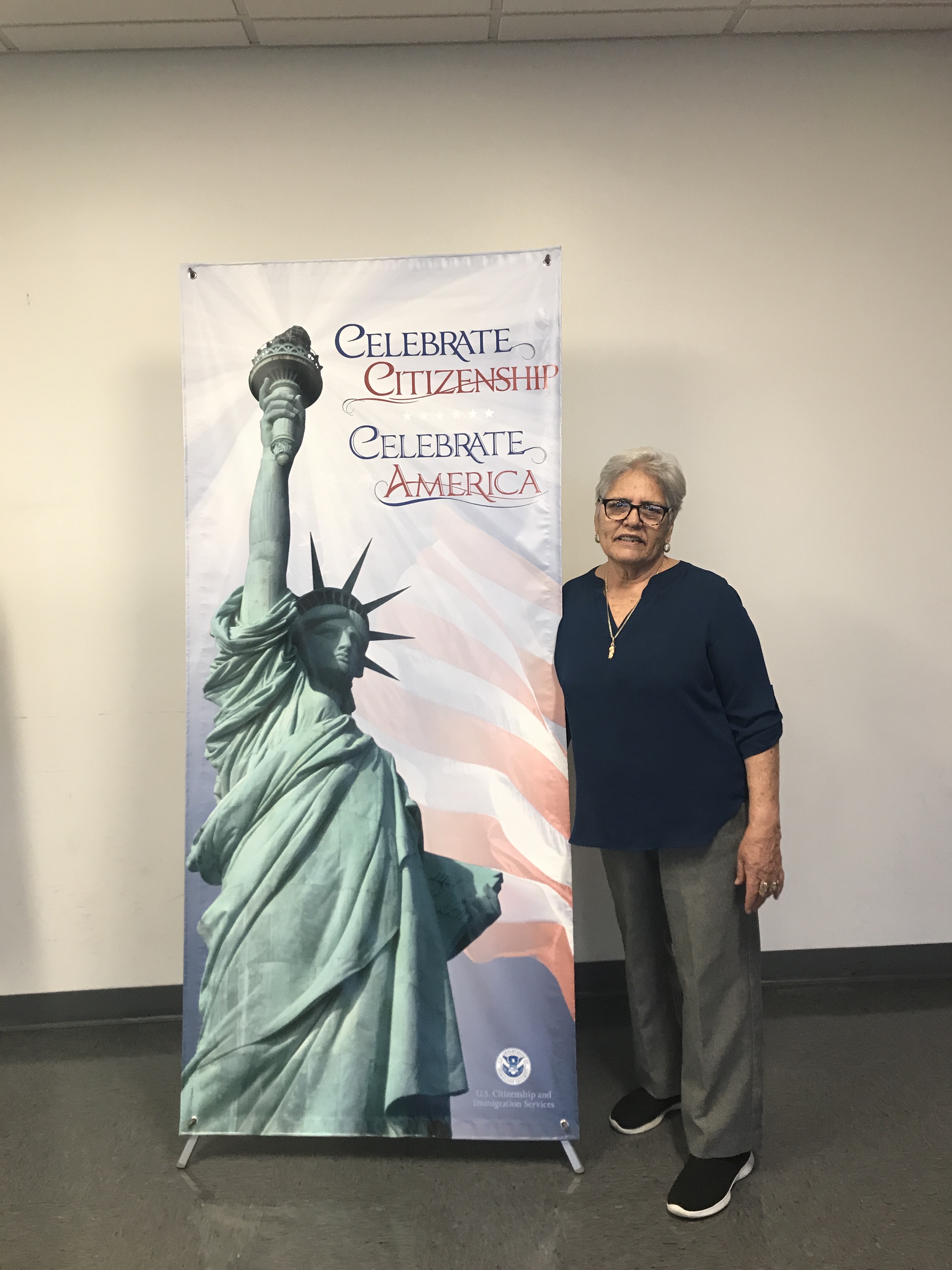 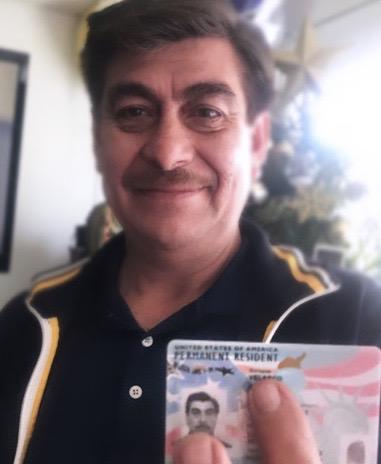 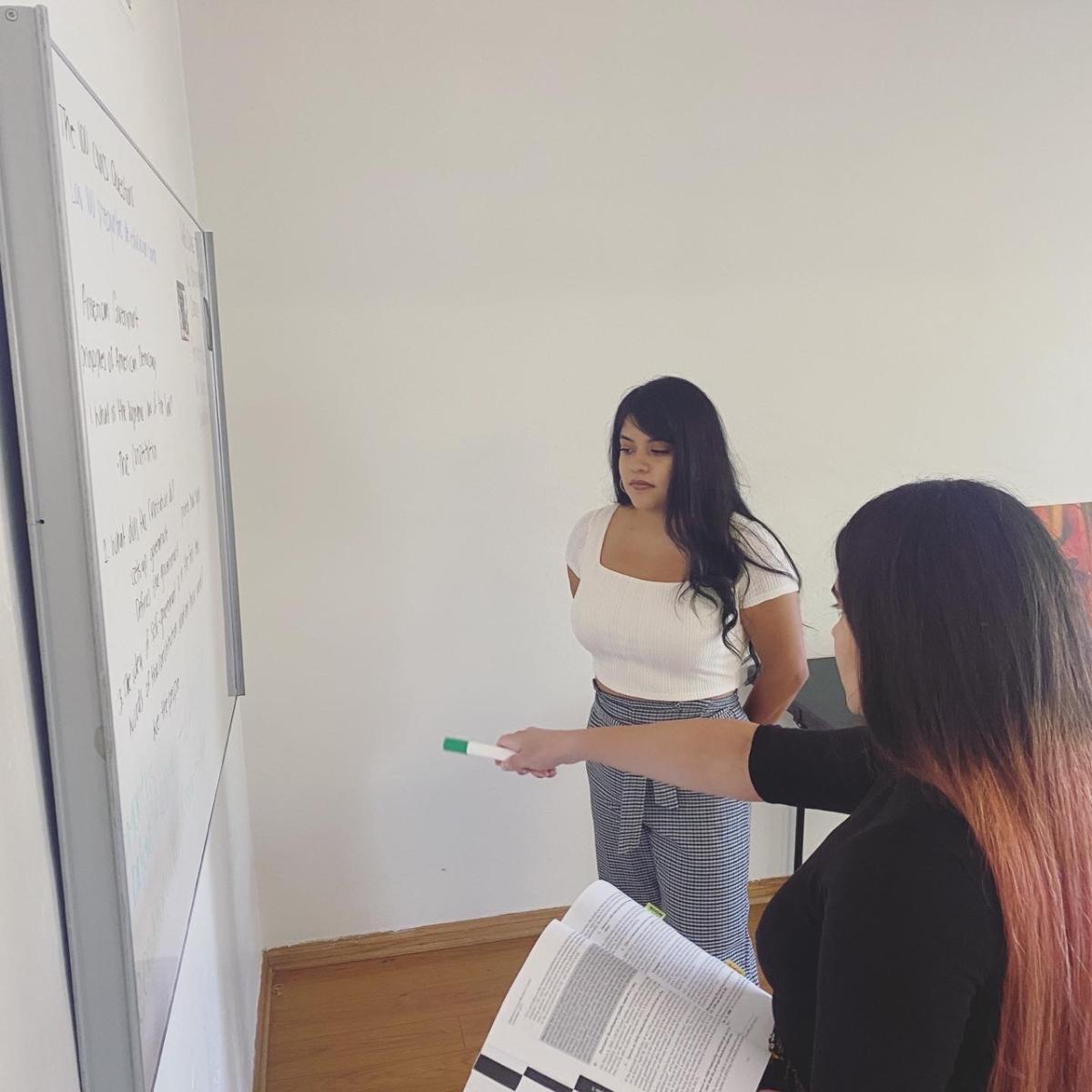