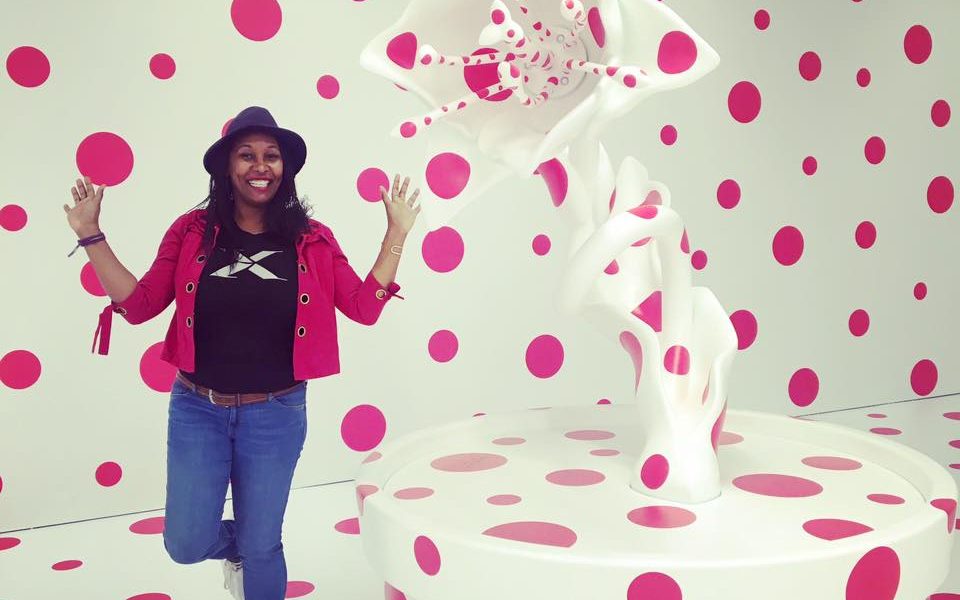 Today we’d like to introduce you to Wanjiru Njendu.

So, before we jump into specific questions, why don’t you give us some details about you and your story.
I grew up with influences from a lot of American films and TV shows and a number of local TV/ there was not much in terms of African movies so my dad used to let us rent movies from the local video library and a lot of them were American films,. I spent my childhood in Kenya recreating scenes with my siblings and neighbors thus earning the nickname “Magic”. At time when the one television stations controlled by a single party government, my parents ensured I dreamt by renting movies and buying us books that nourished my hunger for art. My grandparents were also oral storytellers ,passing on tales by the fireside when I visited them of the history of our people and myths in our culture but even more importantly about the colonial war that freed Kenya from being a colony of the United Kingdom. One of the first films I made was a documentary Safari ya Jamhuri: The Journey to Freedom, that a few years ago was used to provide evidence from the people I had interviewed as part of a lawsuit against the British Government by the MAU MAU colonial war survivors from Kenya. It showed me how powerful a filmmaker’s voice could be in ensuring the preservation of the past.

I went to school on the East Coast in Boston, Emerson College (Go Mafia – the nickname for our alum) and while there was able to be part of multi productions while in film school. Emerson is very hands on and each project was run very professionally and is the standard which the alum keeps to present day. After graduation, I moved to LA and started directing for a while as I worked the rent job (doesn’t everyone in the beginning) at The Disney company as a freelancer. I directed a film with Simone Missick (CBS’s All Rise) and Lauren Neal but less than a month later was in a car accident that resulted in my having to take a step back for a bit from being on set. I chose to work for Universal Pictures creative marketing which I can only describe as the no school film school but you learn more than you ever could in a class. I was deep in the trenches. What was going to be only 4-5 months turned into 4.5 years and I am a much stronger filmmaker because of that.

All the while during that time, I was also pulling double duty as a very active Women in Film member and I produced the 5th Annual Women In Film International Short Film Series, “Out of Africa, A Night of Kenyan Film & Culture”. The City of Los Angeles honored the series in 2012, hailing the 2011 series as a cultural contribution to the city. I also directed and hosted the red carpet interviews for Women In Film’s Annual Pre-Oscar party (2012), a live taping of the panel the film MISSRepresentation presented by the SAG-AFTRA/Women In Film as well as purple carpet interviews for their Variety/Women In Film celebrates the 2012 Female Prime-time Nominees. In between I was doing some commercial directing and a children’s web-series based on S.T.E.M education titled The S.T.E.M Adventures of Kabi and Sasha”, that I am now shopping as a TV series.

I most recently directed a short film Boxed www.boxedthefilm.com. Boxed is a fictionalized short film based on the true story of Henry “Box” Brown a slave who mailed himself to freedom in 1849 shot as a psychological thriller. The film was shot MOS (No sound recorded on set), with all voices, ADR and sound recorded and designed in post-production to enable us capture the authenticity of the time period. Our sound design and mix was done by a talented friend John Cantu who was the trailer editor behind Get Out And Us as well as one of 2 people who came up with the Remix Tethered Version of the song I’ve got five on it, which featured both in the Us trailer and film.

The has played almost 60 film festivals, screened at Creative Artists Agency and Sony Pictures Entertainment as part of industry curated showcases, as well as qualified and was submitted FYC – Best Short Film-Live Action to the 92nd Academy Awards 2020. It has created so many opportunities for me one of them being, I was the shadowing director on the post-apocalyptic Netflix series “Daybreak” under a director friend Mark Tonderai.

Right now I am in pre-production of a horror short as well as working on getting two feature films, Reghost, a post-apocalyptic comedy-horror and Lionheart, a coming of age film set in 1995 Brooklyn, financed as well as pitching for TV episodes to direct,

We’re always bombarded by how great it is to pursue your passion, etc – but we’ve spoken with enough people to know that it’s not always easy. Overall, would you say things have been easy for you?
One of my favorite quotes is from the film “After Earth”, Will Smith’s character tells his son played by Jaden Smith The only place that fear can exist is in our thoughts of the future. It is a product of our imagination, causing us to fear things that do not at present and may not ever exist. After the car accident and the recovery process both physical and financial I had a very deep fear, a fear stopped me from directing for a bit. Uncertainty is a monster, especially when you have been told that you should always be busy, moving, making money. So I stopped, the voices were thundering trying on passion projects. I stopped because the world told me that I was supposed to not fail. Which is how I saw my savings being siphoned away. Instead of understand what that moment meant for me in terms of maturing as a director and as a woman. I was still in film working in creative marketing but was doing it safe. Treading only where I could see the water was clear and easier to navigate.

Money plays a big part on any project small or big and it affects which risks you take as a filmmaker. In the industry, the odds are against female directors and people of color and I am both. But in the same way I was able to make my way all the way from Mombasa Kenya to Los Angeles I face those challenges head-on.

A big challenge is access which leads to create oppurtunities. This not only adds on to what you can do as a filmmaker but also opens doors to the next meeting, next pitch the next project.

I had a directing mentor in the past and it was great that he taught me a lot, but I also never got to be on any of his sets. As opposed to when I was able to shadow with full access on Daybreak, I learnt so much and was able to absorb the ins and outs of a show of that magnitude. I was able to be in the pre-production process as well as Tone meetings. I got talk to not only all the heads of department while on set but the crew and cast. Most importantly, I was able to have multiple conversation with the show-runner on what he looks for tonally and body of work when hiring directors and those are now new tools and strengths I have. These are moments and lessons that can’t be taught in a class.

So let’s switch gears a bit and go into the Magic Works Production story. Tell us more about the business.
I am a director and producer and have my own company. But I have shifted my focus aiming to be primarily on to directing and as such I am forming more teams and partnerships. I have a few projects I have optioned and I am developing and shopping. I believe filmmakers are stronger together when they grown together in their careers and that is how I am defining how I am moving forward. I am proud of my work ethic and still have many relationships with people I worked with years in the past and can still call on those relationships. I look for strong stories first, then work with the teams to make the visual elements pop. When you are absolutely in love with a good story you ignite the same passion in others and they all want to be part of it.

I also go very hard when I work ensuring I give my very best and as such I have learnt to also be careful not to burn out as a result by having multiple things in various stages. It is very easy to obsess with only one project and I have learnt not to do that without watering down focus on projects.

Has luck played a meaningful role in your life and business?
I don’t look at it as good or bad luck simply doing your best. It has a lot to do with being prepared and knowing how to pitch yourself and your projects, but most importantly not to be afraid to ask for help when you needed it. A lot of failures come as a result of pride or not delegating and trying to do everything by yourself. Communication is always very key to me so I guess that is my good luck. Always communicate, effectively and respectful. 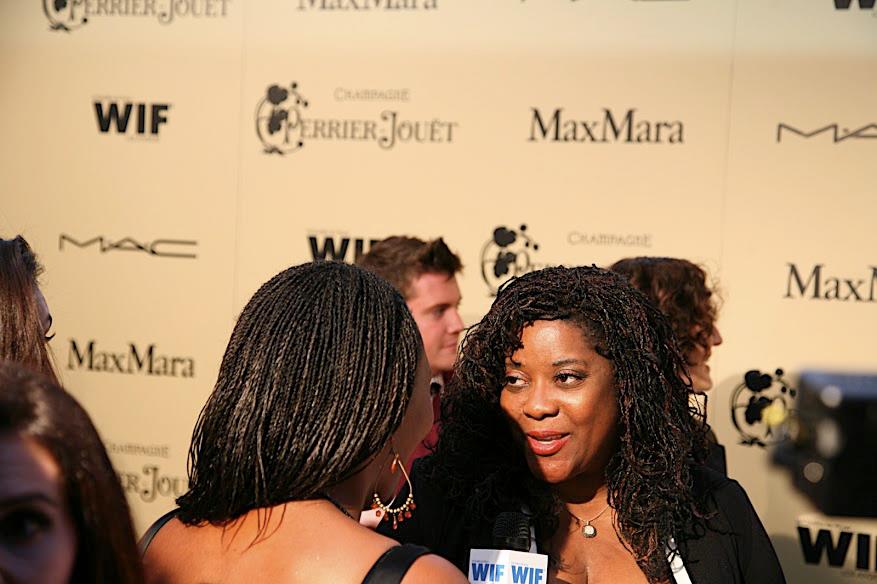 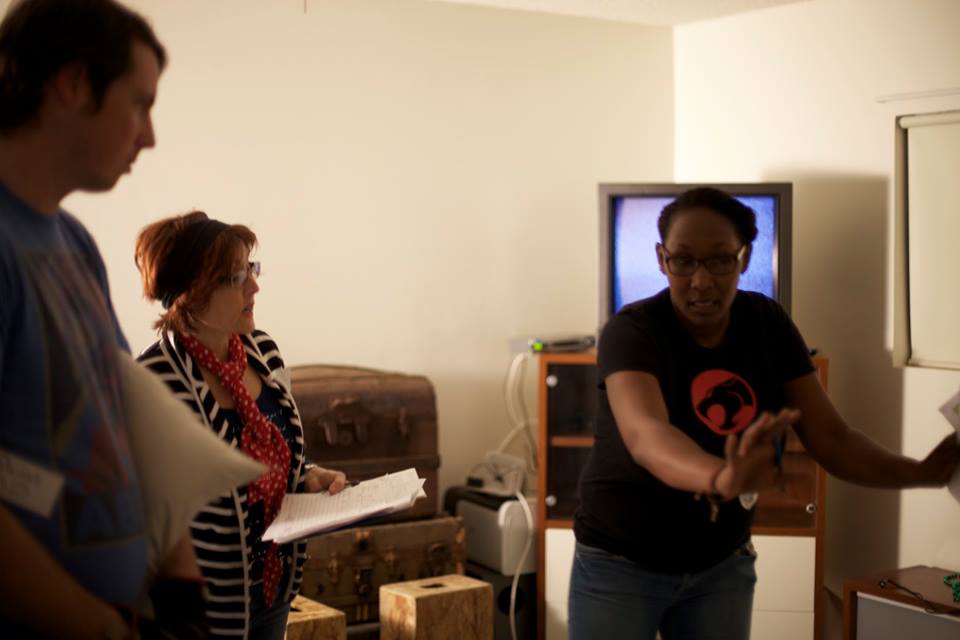 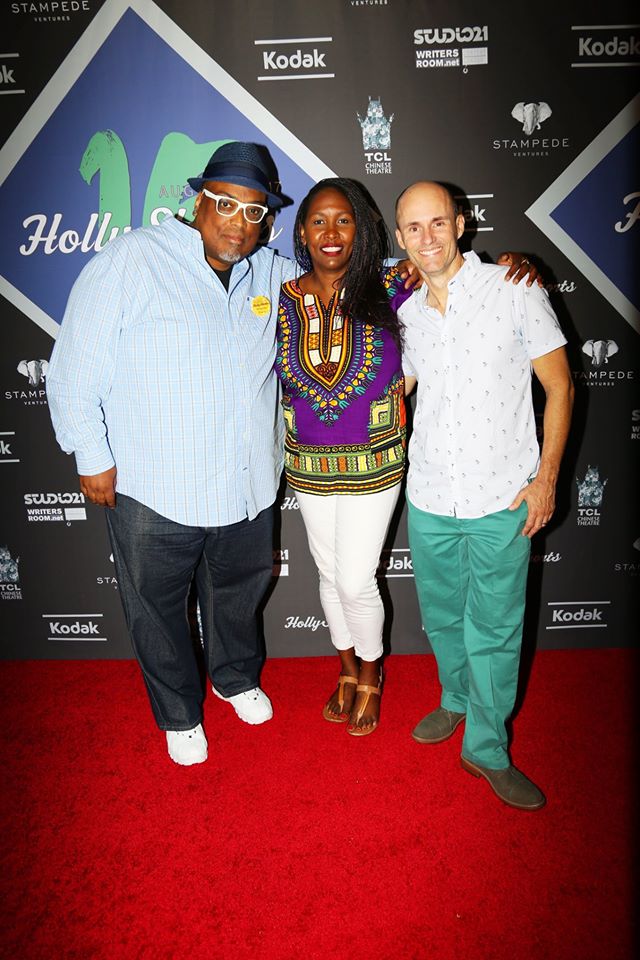 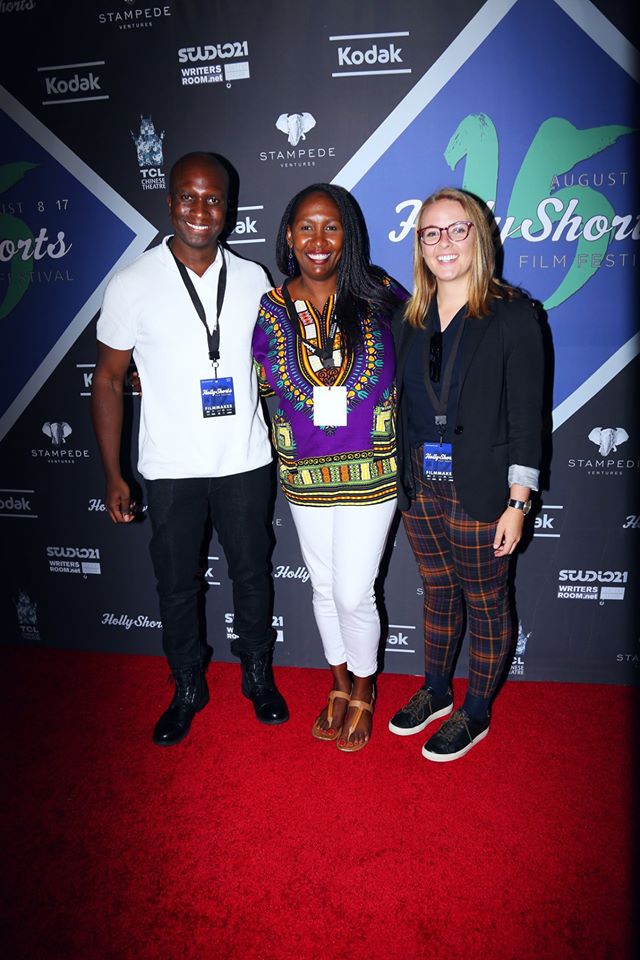 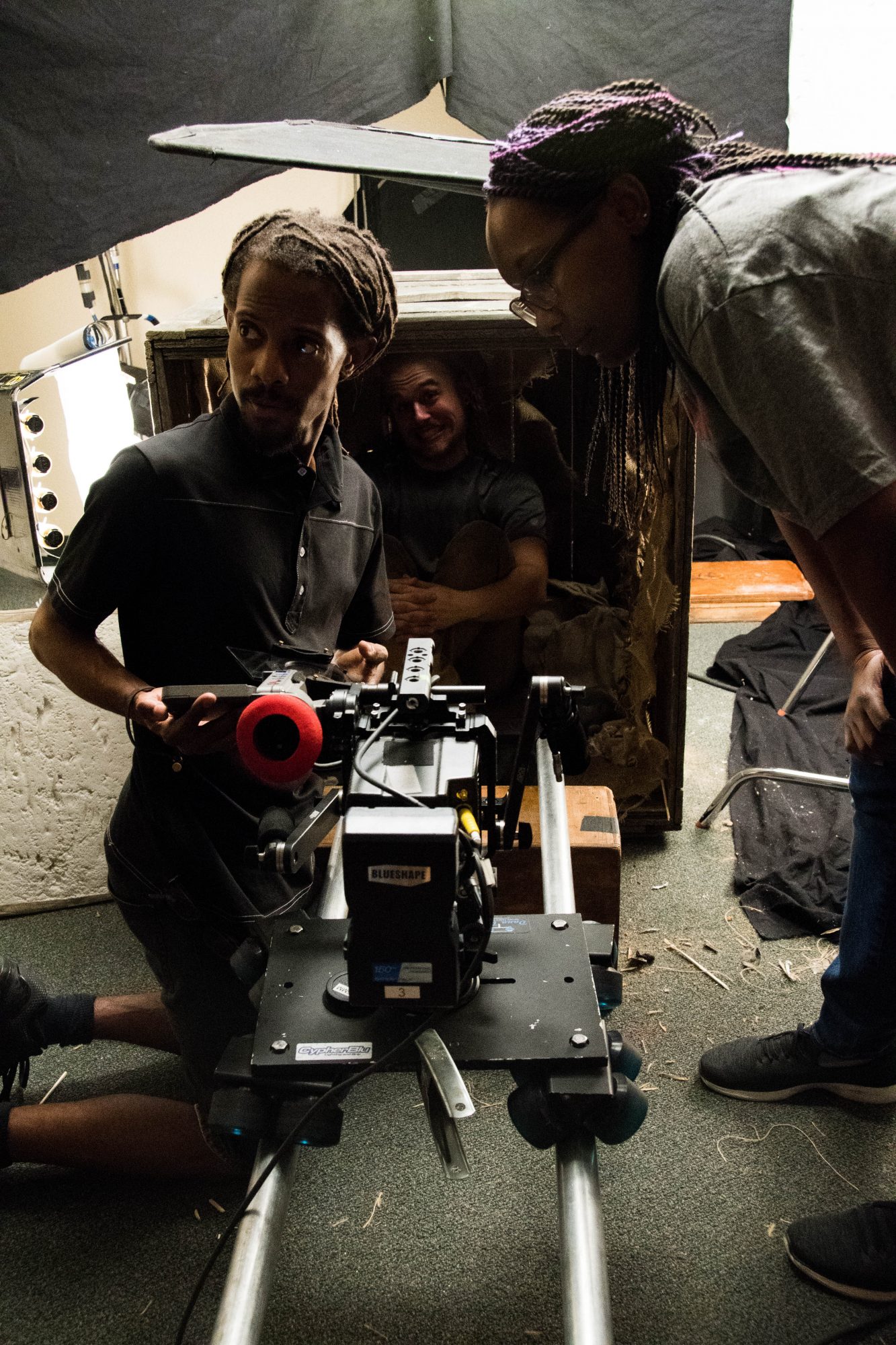 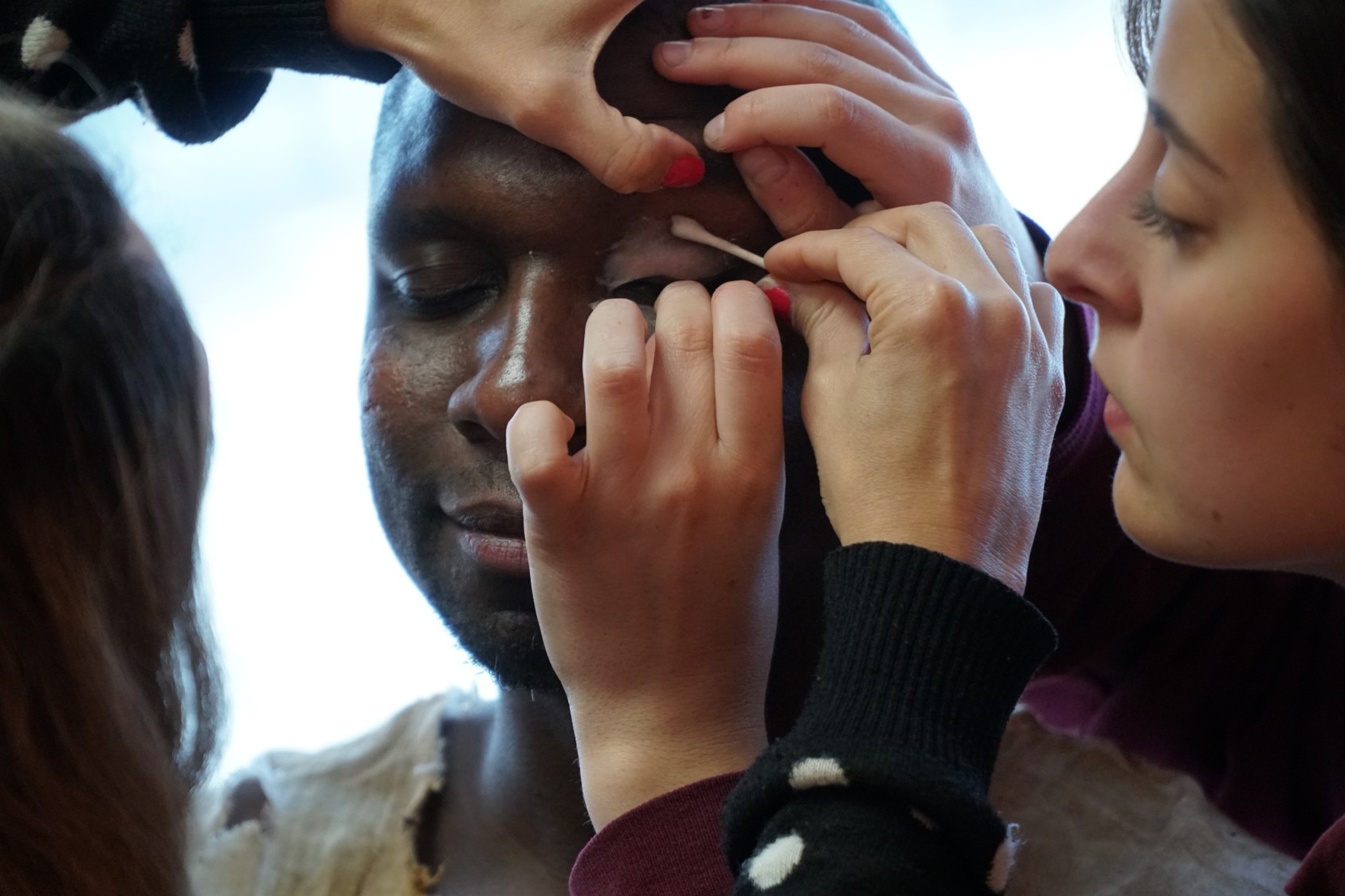 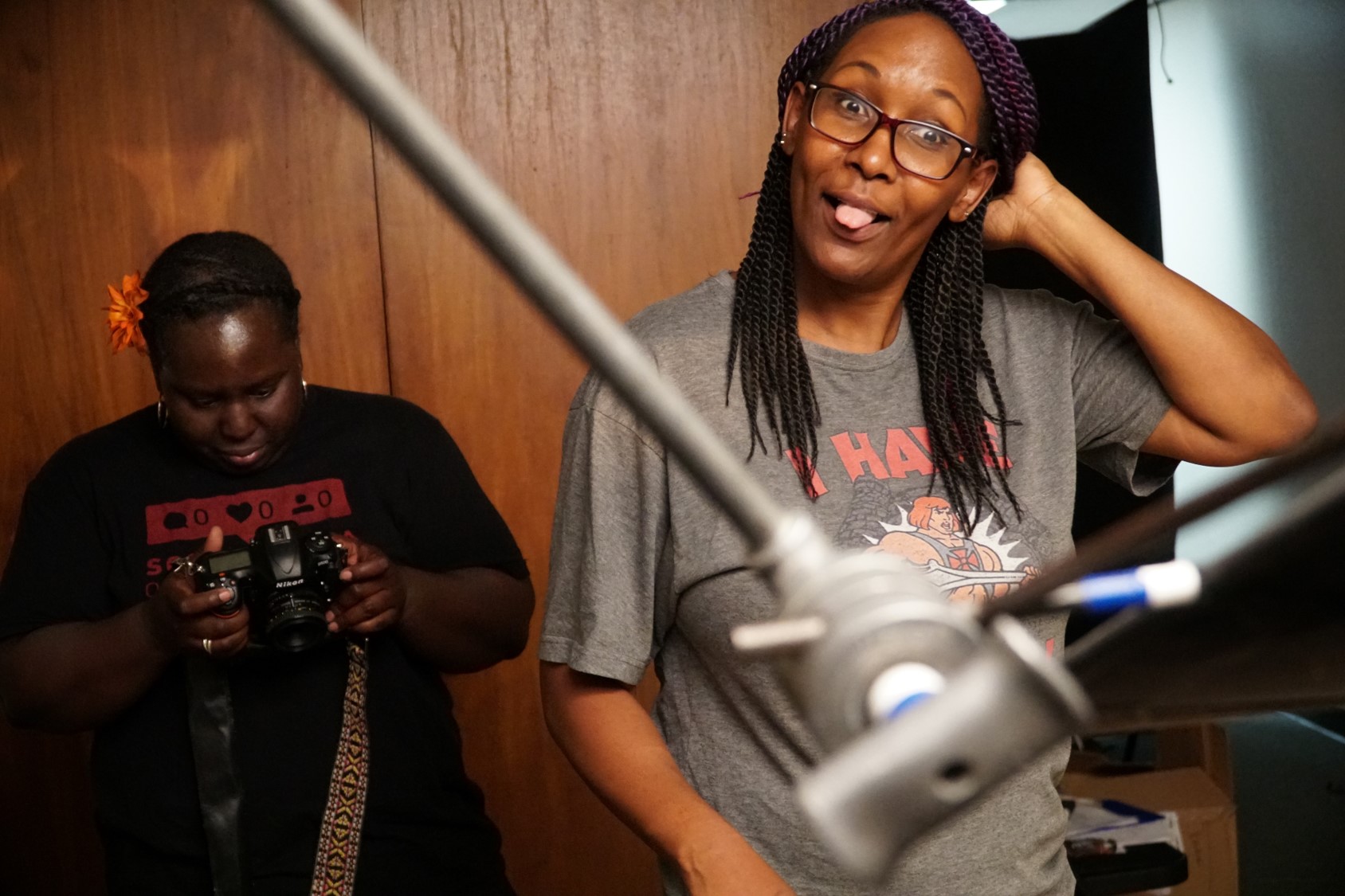