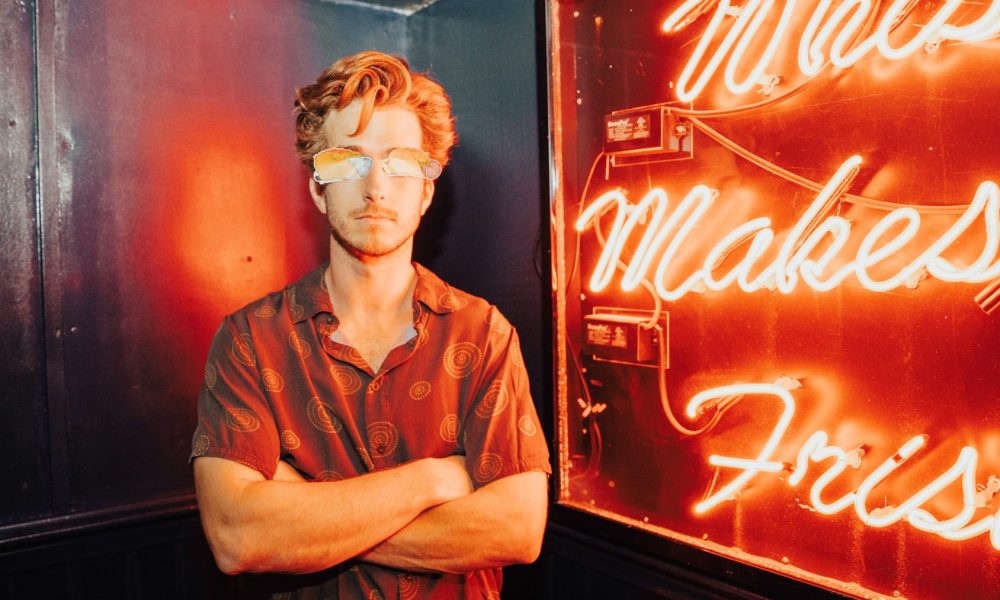 Today we’d like to introduce you to Madison Hedgecock.

Thanks for sharing your story with us Madison. So, let’s start at the beginning and we can move on from there.
I was four years into stand up comedy when the desperation took hold. I had just finished an American open mic tour and had just got back to Los Angeles. That time on the road gave me a desire to create something purely to gain clout amongst my peers. A place where I could play God with comedians and Instagram marketing. I wanted… a stand up show in a bar- there aren’t enough of those already.

But where? A venue can make or break a show and I wanted to make sure the comics on my show had a great space to perform. So I spent months, night after night in bars, listening to the ambiance, studying drink specials, I’d even start mosh pits on the dance floor to make sure there was enough space for tables and chairs for the audience.

Then it happened, I found my glass slipper, after studying some drink specials in Santa Monica off of Main Street, I stumbled down a flight of stairs and came face to face with a bright neon sign reading “Whiskey Makes you Frisky” it was the perfect tone for stand up, a promise of a good time with loose morals. It was like a flirty Dante’s Inferno. I made my final descent into The Basement Tavern and saw a well lit stage with a giant dance floor in front of it, the warm glow of a plethora of chandeliers. My head was spinning, I had found my venue! Only problem was that I was took drunk to speak from studying drink specials earlier. I decided to go home and sleep it off, so I hopped on a bird scooter and fled. That next day I set up a meeting with The Basement Tavern to discuss starting a stand up show.

We set our first show for July 16th that show as a success and we have been doing a show every third Tuesday of each month ever since!

Has it been a smooth road?
ATTENDANCE!!!

It has been like pulling teeth to get people out to a FREE comedy show with $6 tequila drinks and $3 Tacos.

Every month we get an amazing line up and we even hand out free stickers out at the show.

We set the stage to help comics succeed, putting their name up behind them on the TV screen like its “Comedy Central Presents..” and having the whole show captured by our resident photographer, Josh Davis. After performing we do headshots of all the comics after the show.

How do you think the industry will change over the next decade?
We haven’t been in this industry long enough and we don’t listen to enough podcasts to pretend like we have a clue as to where the “comedy industry” is going.

When it comes to what we are doing with Mucho Bueno Comedy Show we will to focus on always having great promotion, top-notch line ups, and a show that audiences want to keep coming to. 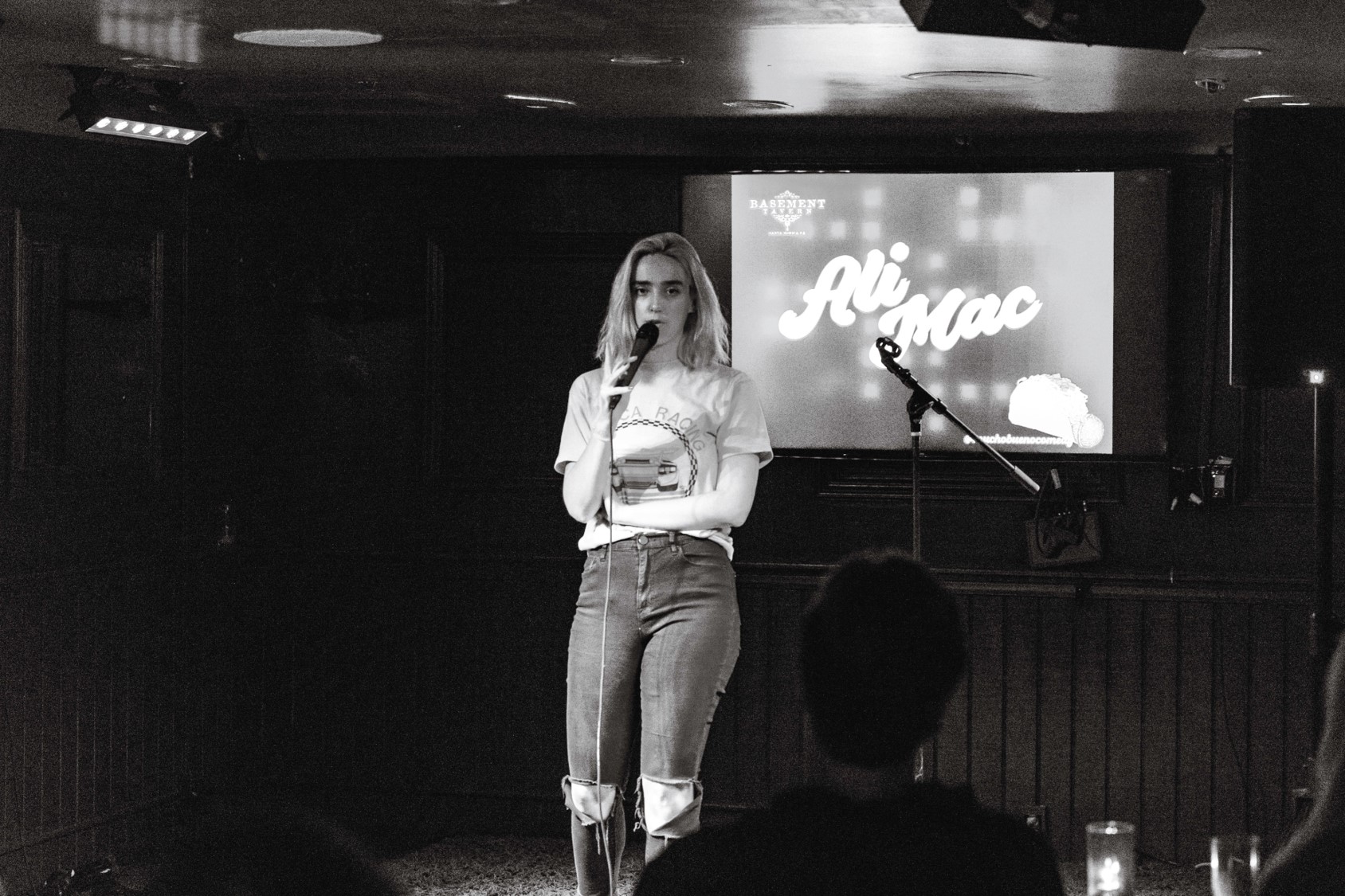 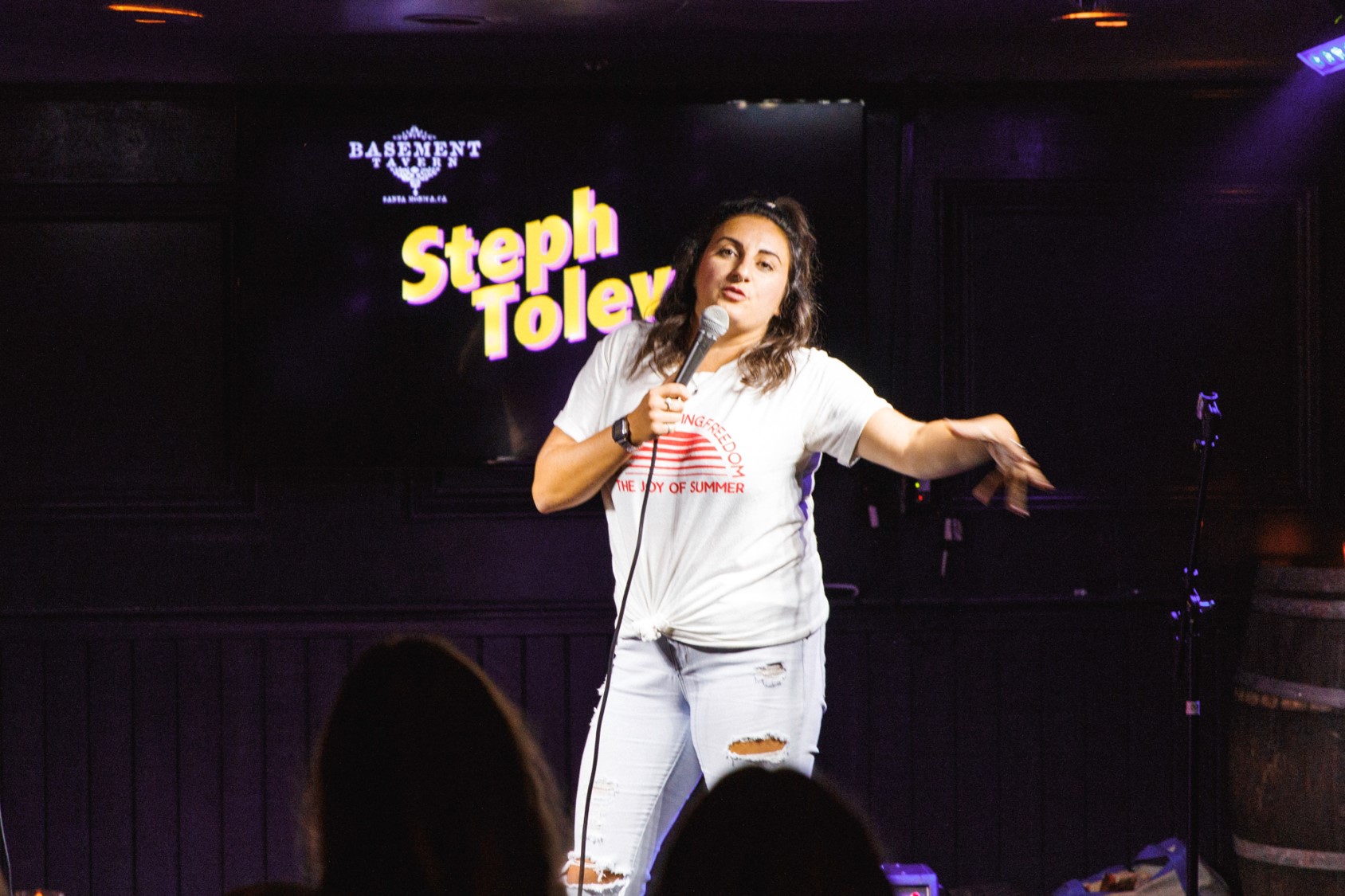 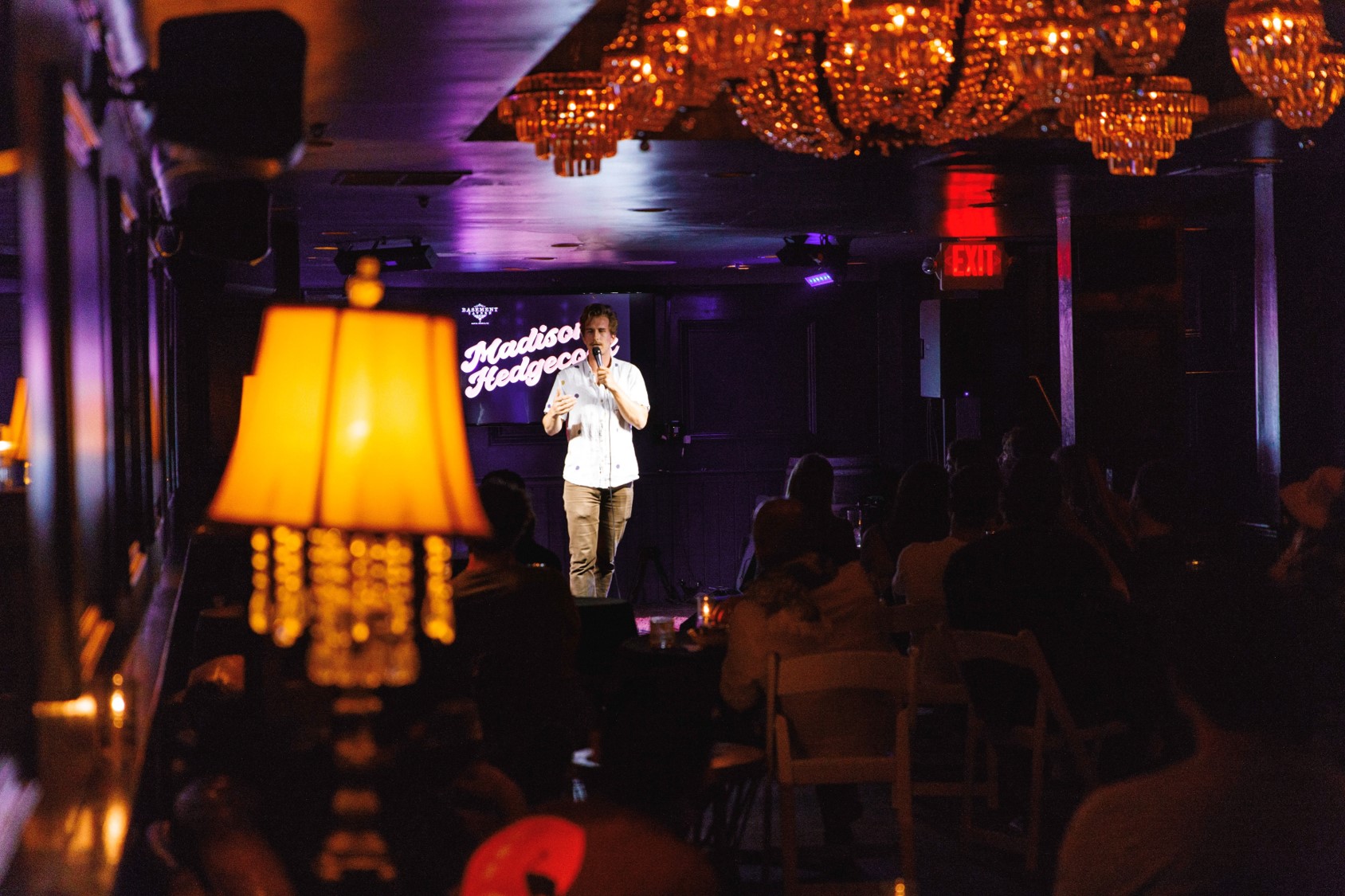 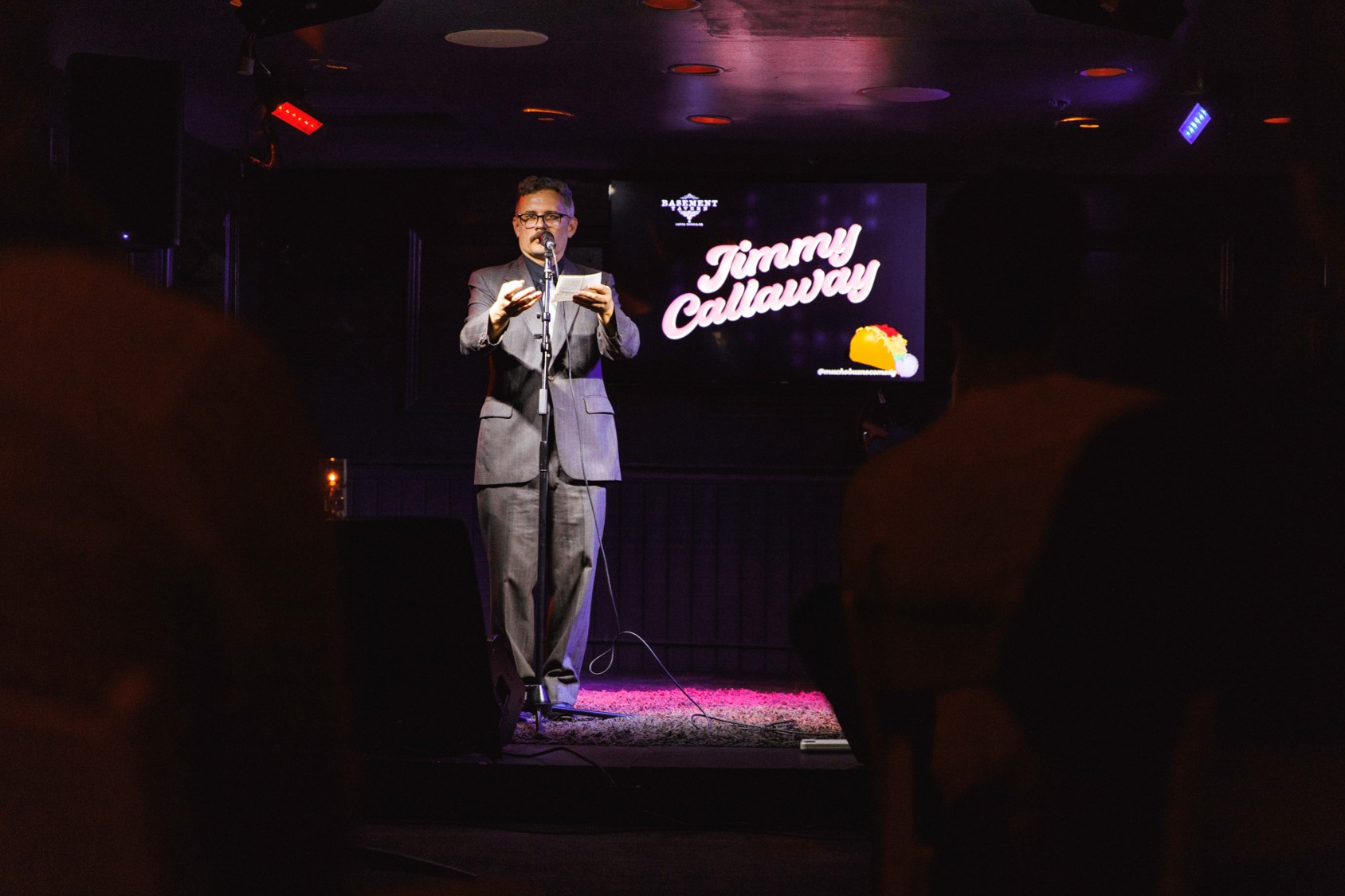 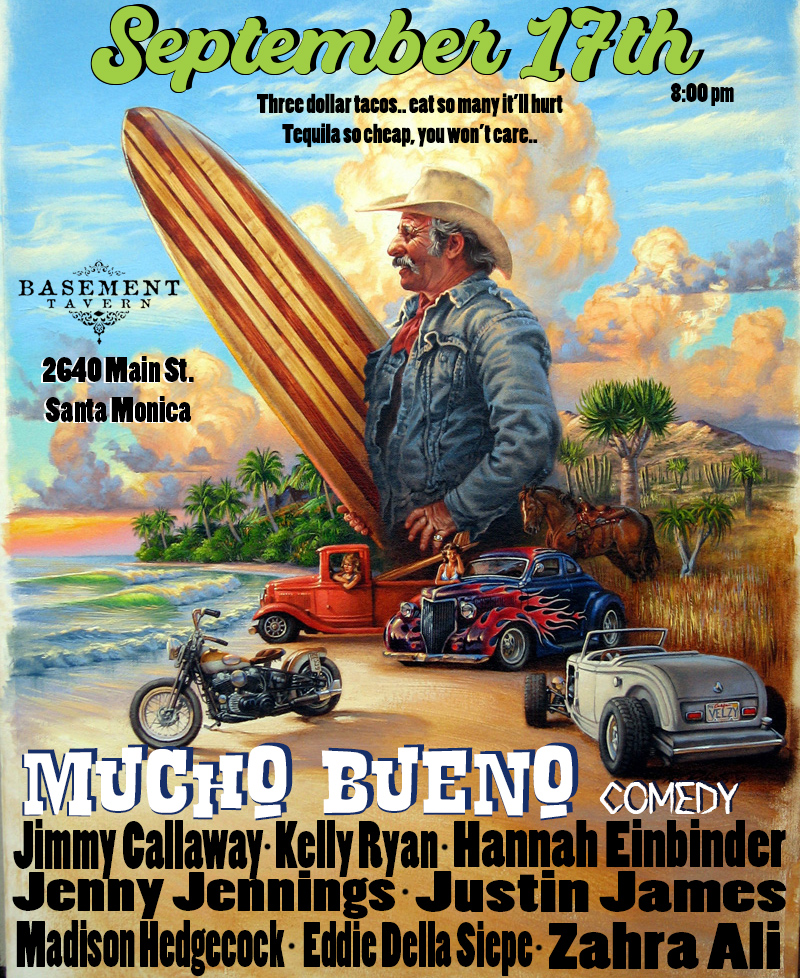 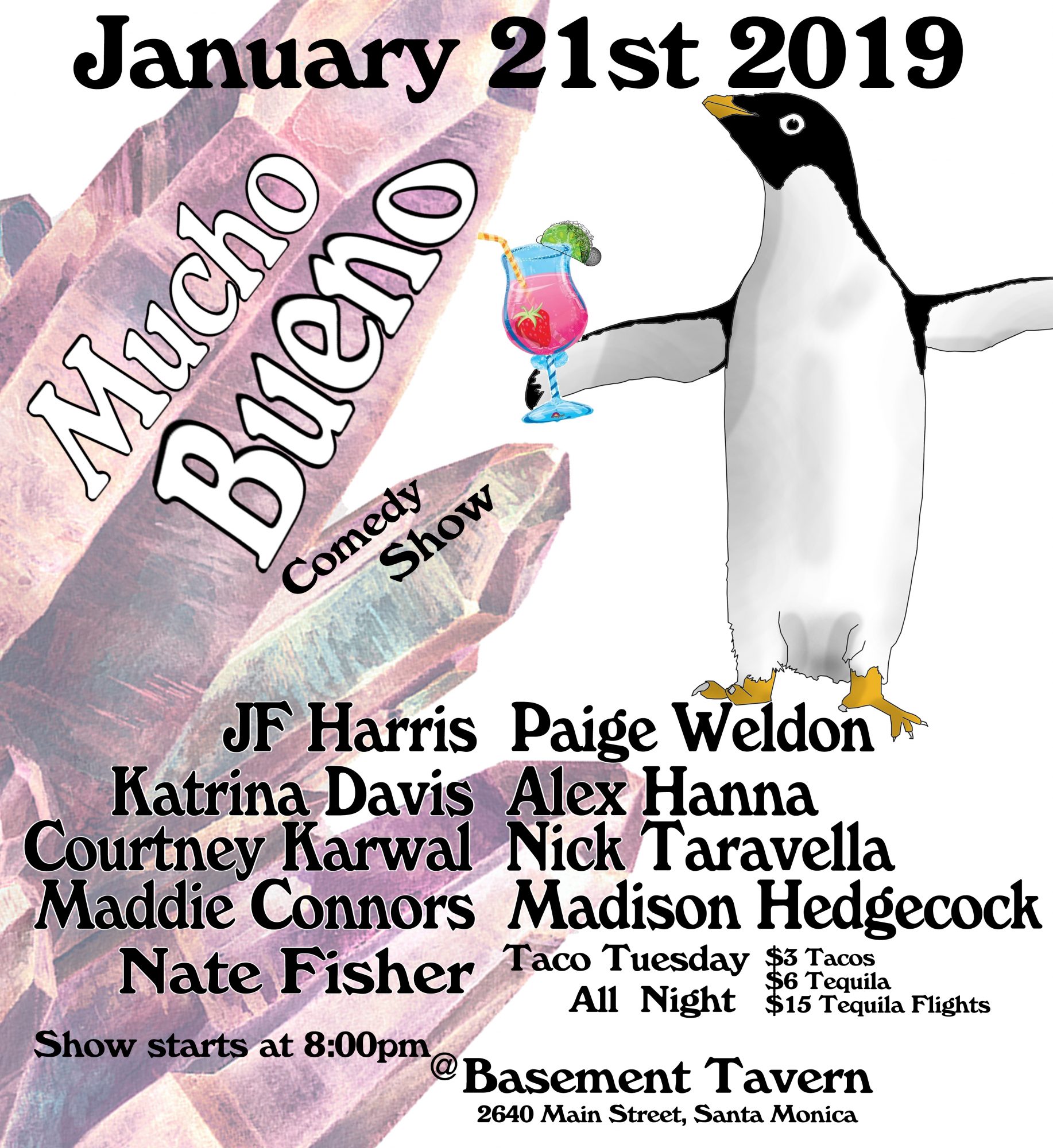 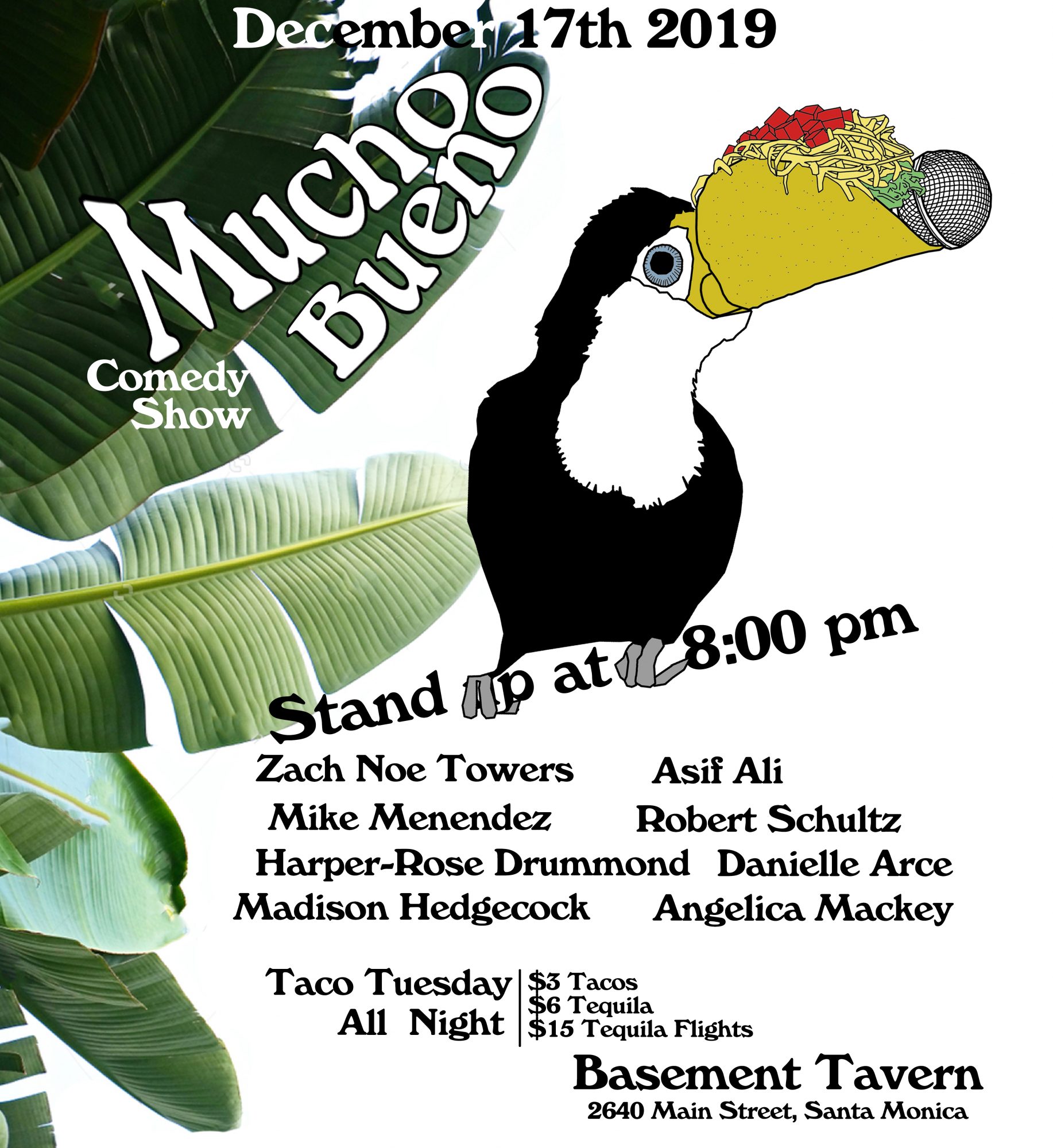 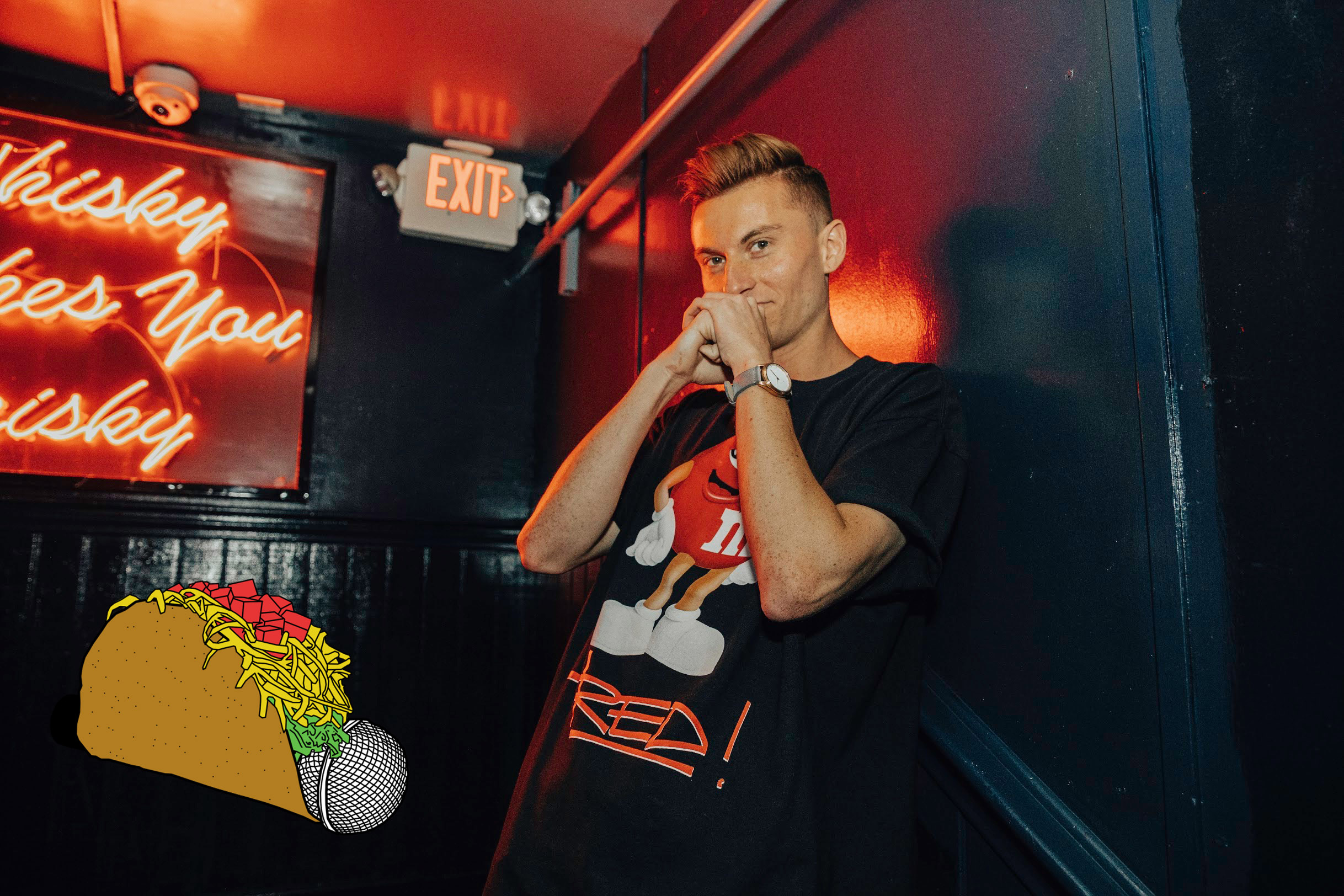