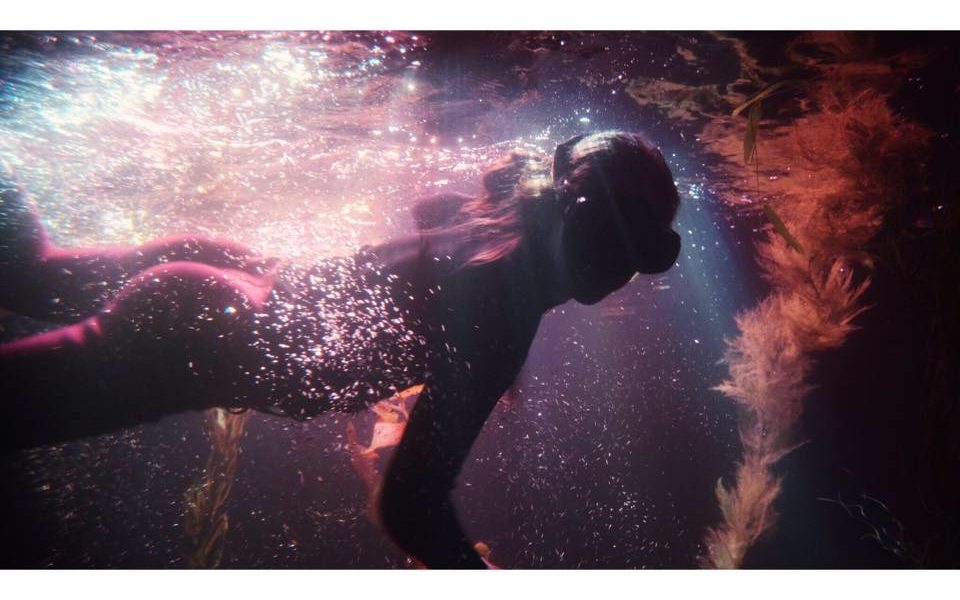 Today we’d like to introduce you to Madeline Kate Kann.

Thanks for sharing your story with us Madeline. So, let’s start at the beginning and we can move on from there.
I grew up living in a fantasy world – always daydreaming and playing pretend. If there were no toys to play with, I would squish tissues into characters and play with those. I was a highly sensitive kid, plagued by anxiety and OCD, and storytelling was a refuge for me. I think I found it so comforting because it freed my mind from feelings of guilt and anxiety. I could inhabit the world that I was building and live there instead of with my own self-critical thoughts. When I entered a state of play, something more accepting would awaken inside me and drown out the critical voices in my head.

When I turned eight, I got my hands on my uncle’s camcorder and couldn’t put it down. I made films with anyone and everyone who would indulge me. And when no one was willing, I made stop-motion animations with my toys and edited them in Final Cut. In middle school, my friends started to lose interest in making movies – they got more interested in boys, fashion, gossip, and parties where they’d play spin the bottle. I couldn’t relate. I was clueless about fashion, hated gossip, and didn’t want to kiss anyone. All I wanted to do was make movies. To be honest, I felt like an alien. So I got into still photography because I could do that on my own.

In high school, I gave collaboration to another shot. I started several photography clubs, a photography service group, I photographed weddings, and I also dove into the theater and acting. I loved making art with other people, but it didn’t occur to me that filmmaking could be a career.

At the same time, I was also obsessed with the mock trial team at my school. Like storytelling, logic was another refuge for my mind. I felt a whirring and exhilarating sort of calm when I could dive into a set of rules and structure information to argue a case. So I was all set to try to become a lawyer – when my (amazing) mom dragged me to an art school with a filmmaking department. I started crying – it felt so right. I decided right then and there that cinematography was the intersection of still photography and mock trial – because I could construct emotional “arguments” via visual motifs. It was a pretty naive claim to make because I had never actually done any real cinematography, excluding what I shot on my camcorder. But I actually still feel that way about cinematography. That’s still why I love it.

So, I applied to USC’s Film Production program and am so thankful that I got to attend. From the first day, I started shooting other students’ projects on my DSLR. I didn’t feel like an alien anymore. About a month in, I made a reel – which was completely terrible, looking back on it. But by the time I graduated, I was pretty busy with paid work as a cinematographer.

I shot a lot of short films and music videos and a few feature films and got approached by APA for representation, and then the work started coming more quickly. It’s just in the last couple of years that I’ve dipped my toes into directing and writing, which I am loving so far.

Overall, has it been relatively smooth? If not, what were some of the struggles along the way?
Some really amazing things are happening right now to encourage the film industry to hire more women in underrepresented departments, such as cinematography. Websites like FreeTheWork are changing the game. But when I first started eight years ago, that wasn’t the case yet. Female cinematographers only accounted for 2% of the films made each year. And honestly, that statistic hasn’t improved much yet, but few people acknowledged it as an issue back then. Even in film school, some of my male teachers were dismissive of me.

I remember in one cinematography class, I started to give a presentation about a lighting setup that I had designed, and the teacher interrupted me 30 seconds into my presentation to tell me that I needed to plan the setup in more detail. I tried to tell him, “on the next slide, I’ll play a 3D animation where I’ve mapped out every lighting unit in 3D space, and you can watch through the lens of a virtual camera that matches the perspective of the sensor and lens I want to use.” I built this 3D layout in Maya (a program for animators), which was total overkill. A crazy amount of prep to do, really – it took me at least 20 hours. But he didn’t let me get that far. He made me sit down, and said that I could present another time when I was more prepared.

That kind of assumptive response was certainly frustrating. Set life was also difficult because there is a boys’ club mentality on set, and I always felt like I didn’t belong. Like I was on the outside. But hey, I’ve gotten good at functioning while feeling like an alien, so that was nothing new, really.

I am incredibly lucky to have a mother who is a world-renowned sculptor. Sculpture is similar to cinematography in that it’s an extremely male-dominated field. And my older sister is a mathematician, which also has similar statistics. So I grew up assuming that women could do anything – it didn’t occur to me that there were jobs for men and jobs for women. And so, I didn’t really think about the fact that I was a woman trying to make it in a male-dominated field. I just focused on the craft. I think that, sometimes, I was even oblivious to the judgments people made about me – because I was so razor-focused on the craft itself. And that was probably for the best. I just dove in head-first without thinking.

Once I got established enough, those judgments diminished. People have been very respectful and appreciative over the past five years or so. I think it’s easy for people to hire an established woman who has proven herself. It’s harder for them to take a chance on a woman who hasn’t proven herself yet, even when they’d take a chance on a man with a similar level of experience. So the steepest part of the curve for a woman in this industry is definitely the beginning. But then, I think it actually becomes easier for women – at least in today’s culture – because being a woman is considered a plus for certain jobs.

We’d love to hear more about your work.
I am a cinematographer and director known for my inventive imagery and sensitive storytelling. As a cinematographer, I am represented at APA and have shot four feature films and music videos for the likes of Nick Jonas. But I am passionate about all aspects of filmmaking, not just cinematography. I got my degree in Film & Television Production at USC, where I fell in love with all of the disciplines of filmmaking, particularly editing and writing. When shot-listing, I think like a writer – building in every beat that is needed to connect the audience to the characters. I also think like an editor – envisioning how each shot will cut together to create transitions that produce flow and rhythm and energy.

My calling as a filmmaker is to use all of these tools to tell stories about strong female characters that empower women to face their inner demons in order to live their best lives. I used to feel like a bit of an alien, and I think that it would have helped me as a kid to have seen complex female characters portrayed in media. I hope to help other girls feel less alone by deepening the portrayal of women and exploring issues that aren’t typically explored.

Any shoutouts? Who else deserves credit in this story – who has played a meaningful role?
I have been so fortunate to have some really incredible mentors. My whole family has been incredibly supportive and encouraging, ever since I was a little kid. Photographer Tony Wood mentored me in photography in high school and took me with him to shoot countless weddings, which trained my brain to make snap decisions about lighting. Barnet Kellman at USC blew my mind with his comedy directing class and taught me everything I know about directing. Several amazing writing instructors at USC taught me everything I know about writing. My grandma encouraged me to write and direct plays as a little kid and to join acting programs.

I’m also grateful to ARRI and AbelCine for selecting me to direct and shoot an underwater art film for ARRI’s 100th anniversary, which really allowed my career to take off. And to my agents at APA, for seeing something in me and reaching out to represent me, and supporting me at every step of the way, which has really allowed my career to blossom. And then there’s everyone with whom I’ve gotten to collaborate. Every collaborator teaches me something new, so every collaboration feels like a blessing. And I feel lucky to work with the crew like Heath Gresham and Jake Reeder, who feel like family at this point. 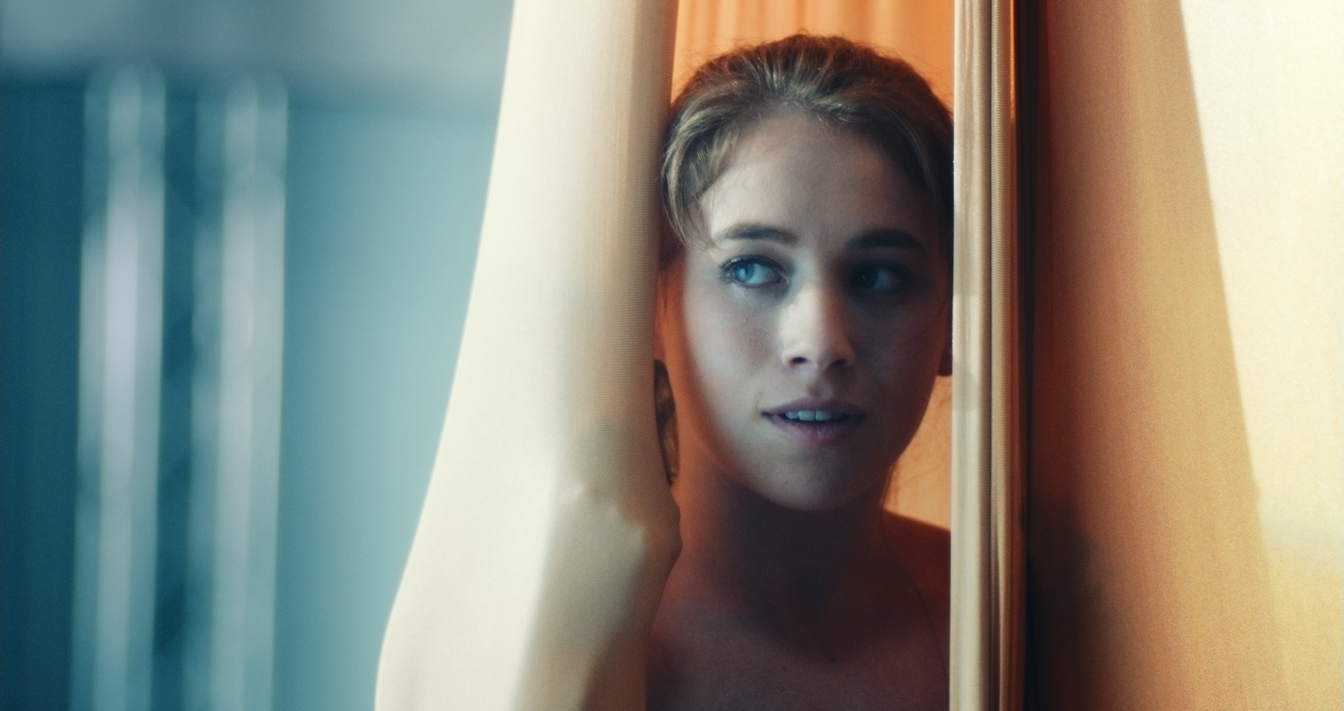 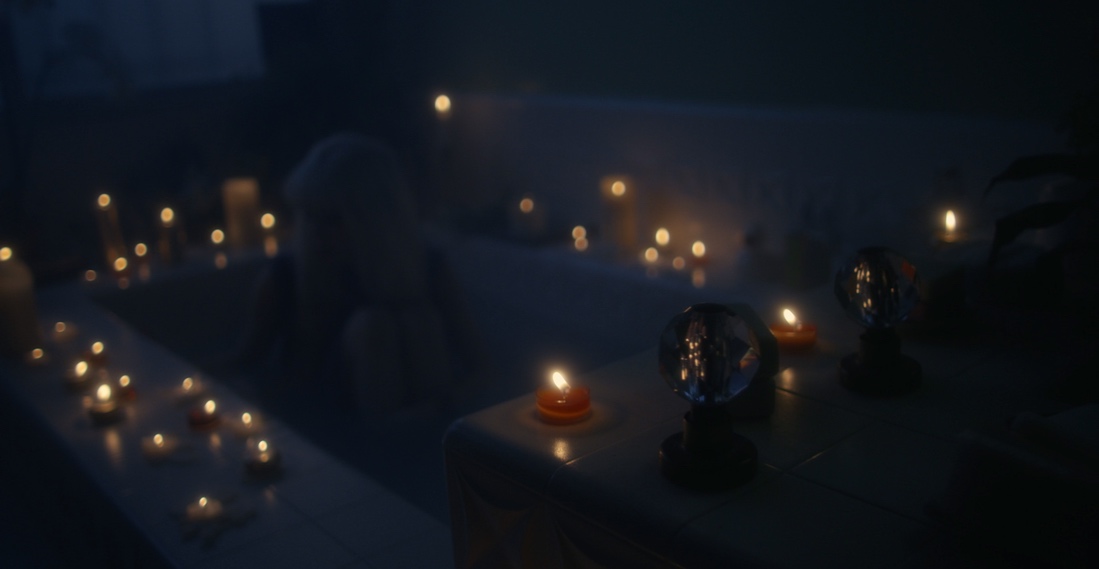 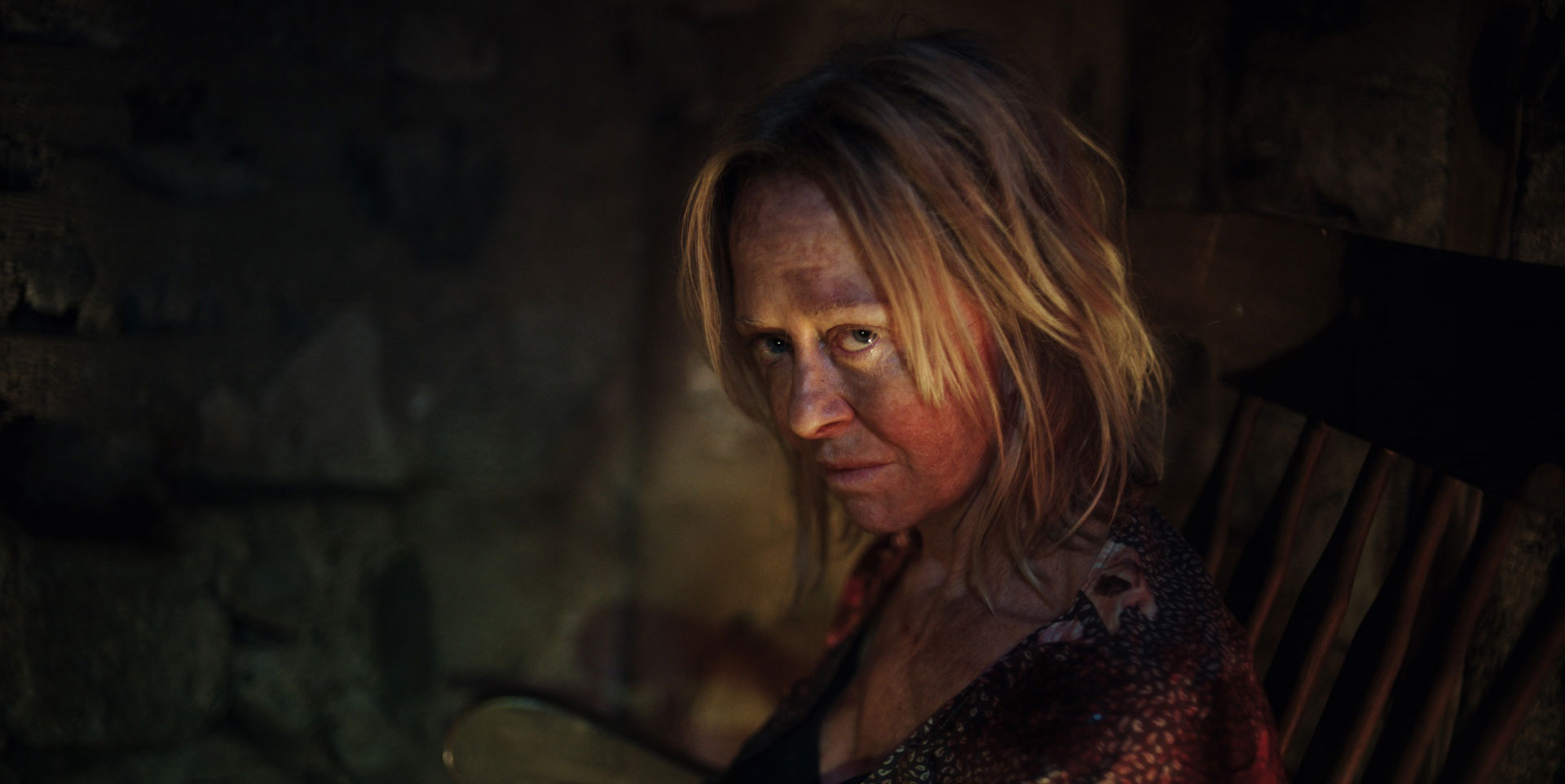 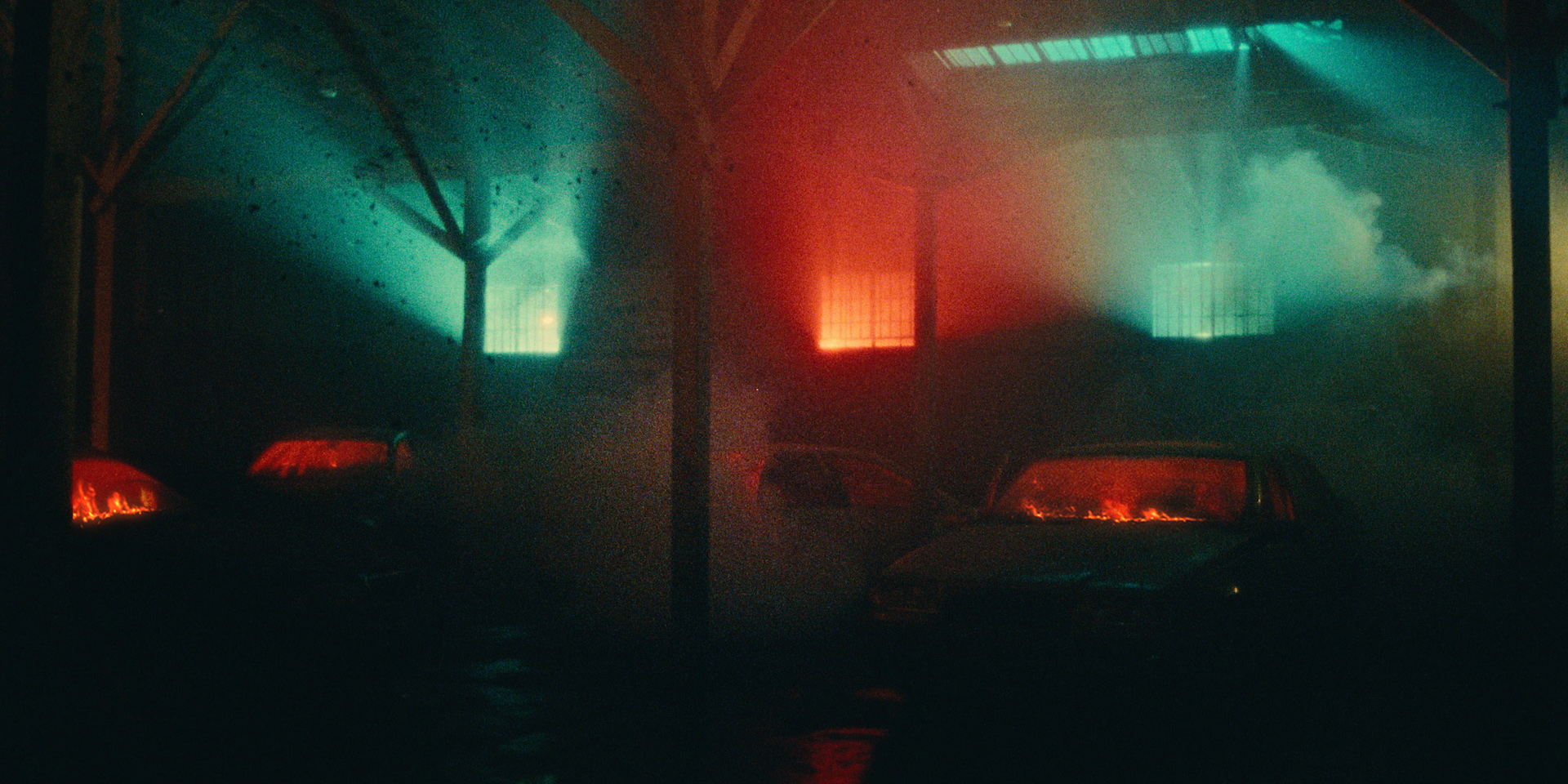 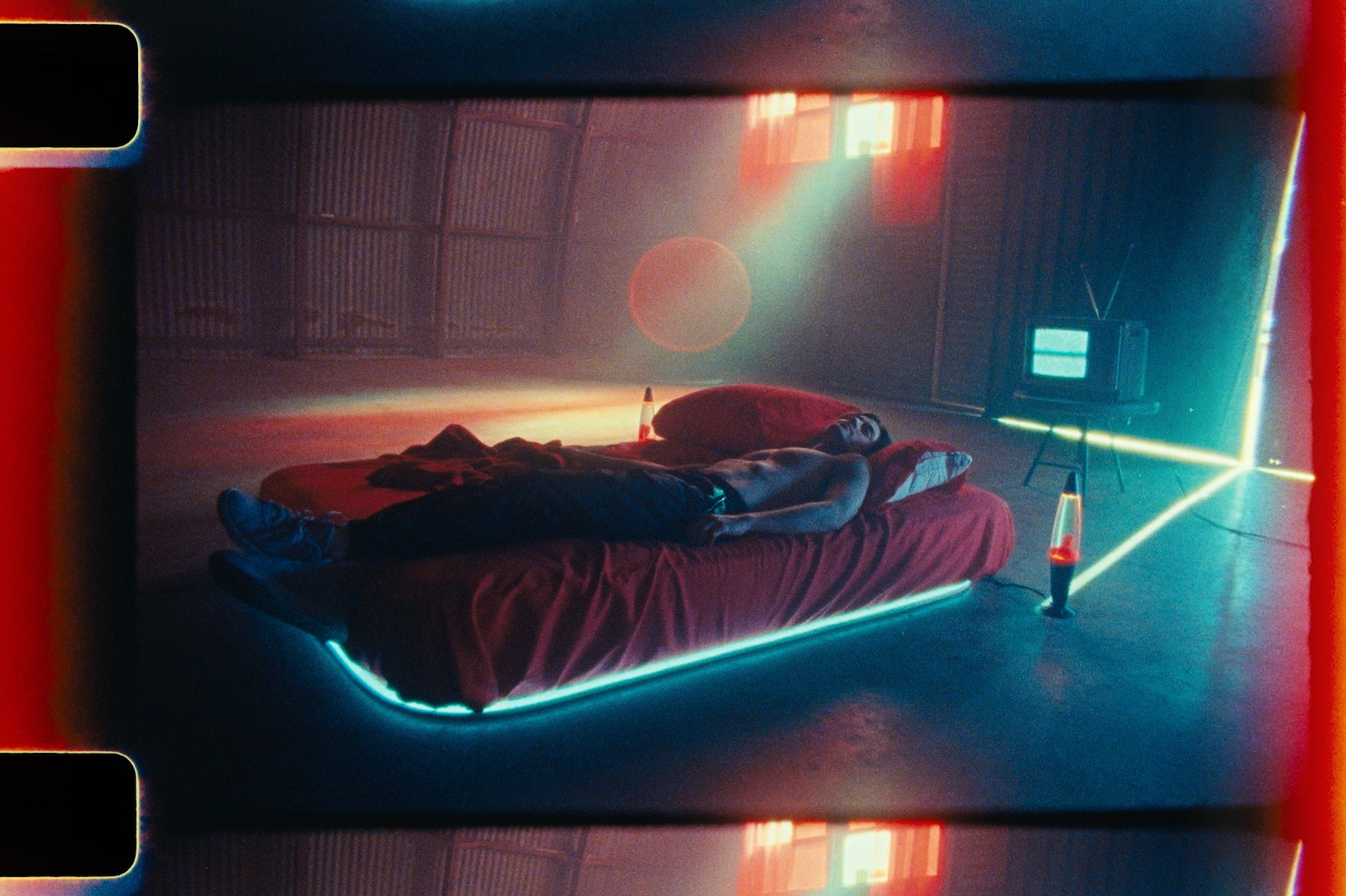 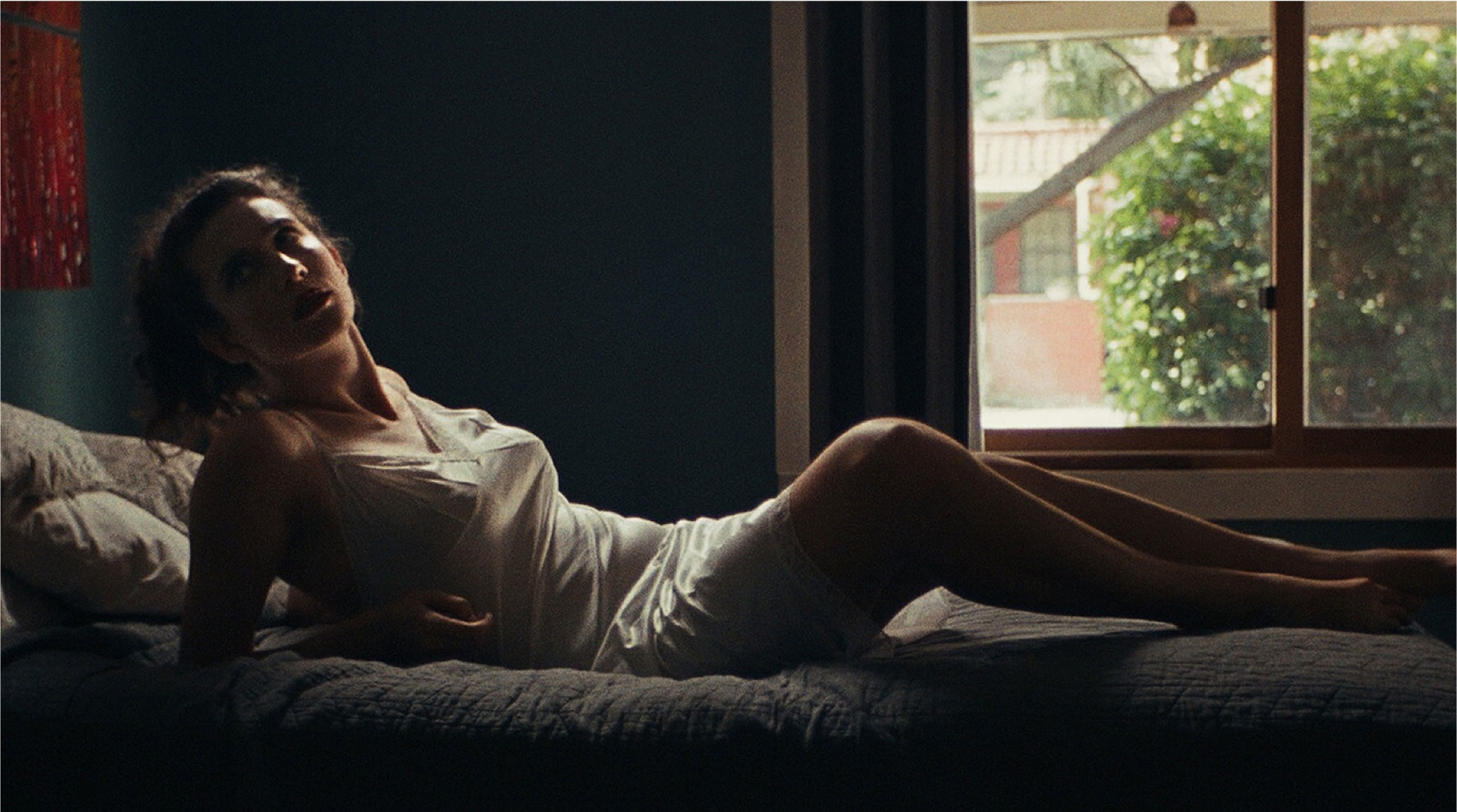 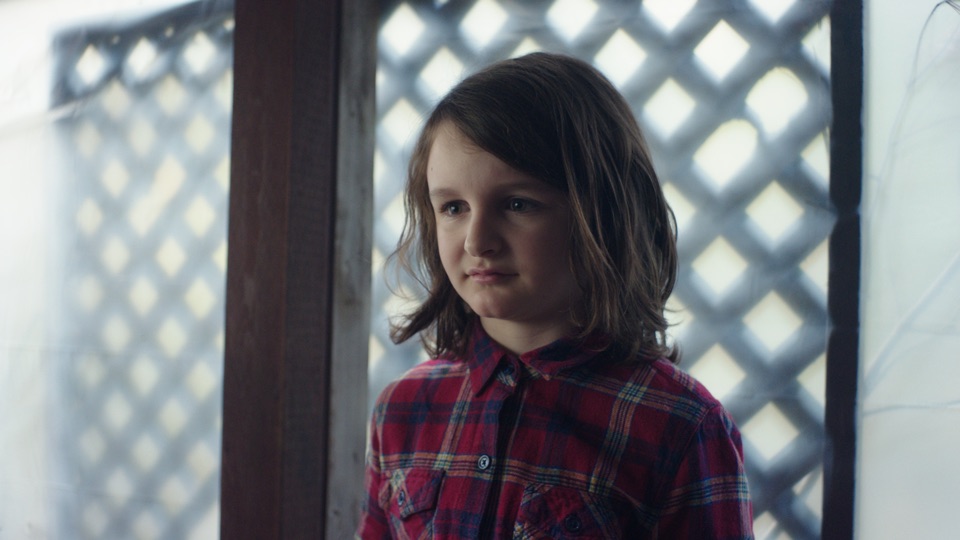 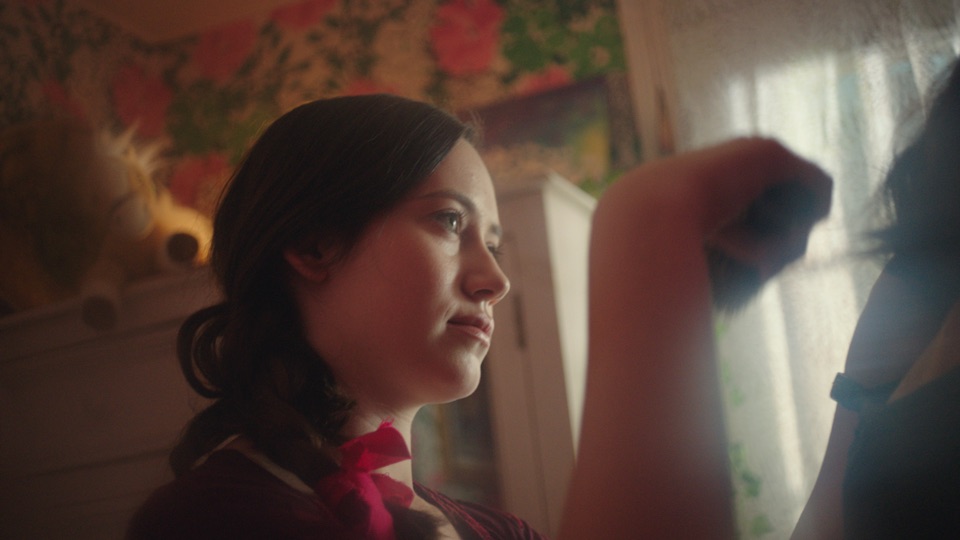