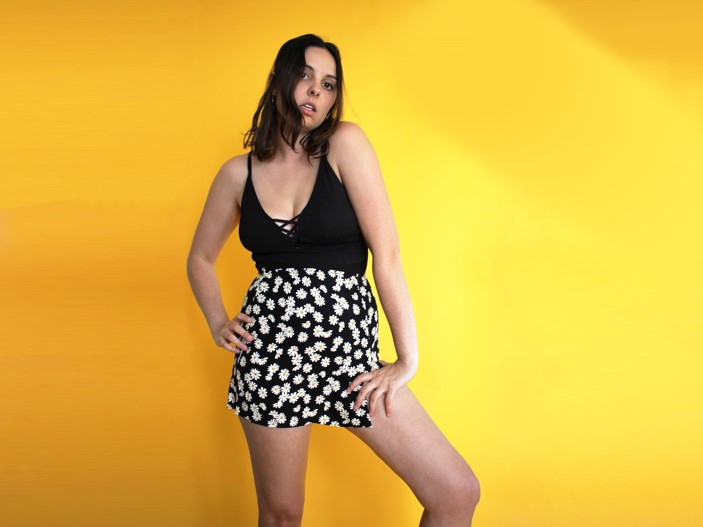 Today we’d like to introduce you to Maddie Ross.

Maddie, can you briefly walk us through your story – how you started and how you got to where you are today.
I came to LA in 2010 when I got accepted to USC’s Pop Music program. I was 17 at the time and had been playing guitar and writing songs for a few years. I’d always dreamed of being a writer and a performer but had no idea if I was qualified to go to a real music school. I took my chances and submitted an audition tape. The next four years stretched me and changed me in such a profound way. I had never been surrounded by creative people in this way, and I learned a ton from my talented friends. I also had to learn a lot about myself. I spent much of my time struggling to find the inner confidence and self-worth that I’d lost a bit as I navigated a super competitive, intense environment.

By my senior year, I started dating my classmate Madison (we have the same name! haha), who goes by Wolfy for all things music. It was my first time falling in love, and 5 ½ years later we are still together. I can’t imagine my world without her. But it was a challenging time for us both when we first got together, because neither of us had come out of the closet yet, and we had a lot of learning (or rather un-learning) to do.

The coming out process was the second profound life growth spurt that has made me who I am. I had so much internalized homophobia, so many fears, so much doubt that I would ever feel fully comfortable using the word lesbian to describe who I am. But I found my community of friends in music and in life, I have the most supportive and loving family, and I continued to make art to help express those extreme parts of myself as I discovered them.

Ever since I accepted who I am and started living authentically, life has thrown some amazing opportunities and experiences my way. I wrote and released some great songs, really discovered my voice and sound as an artist, and was lucky enough to featured by Billboard as “The Best DIY Rock Star You’ve Never Heard Of” in 2017 after a wonderfully supportive writer found my music on Twitter! That article was a huge confidence-booster and validator for me. It helped me realize that Wolfy and I have the power to keep making and releasing music ourselves, without needing anyone’s permission, and that if we keep working hard and putting ourselves out there, the music will find its audience.

Last summer, I got a message out of the blue on Twitter from one of my idols, KT Tunstall, inviting me to open for her on her American Fall Tour. I still am in awe of this opportunity that she so generously provided for me, and the past eight months have been absolutely wild since that happened. We released an EP called “Touch Hands, Touch Bodies” and toured in support of it with KT across the country. Then we came home in December and wrote/recorded my debut album, which is out on May 10! We will be opening again for KT Tunstall on the east coast from May 8th-May 19th. It’s been an unbelievable journey so far, and I’m stoked to release this album.

Great, so let’s dig a little deeper into the story – has it been an easy path overall and if not, what were the challenges you’ve had to overcome?
Coming out was definitely an all-encompassing, wild, transitional period of time for me. It also happened as I was graduating college and entering a terrifying industry and a world of uncertainty. I turned inward during that time but eventually found myself on the other side feeling stronger than ever. My podcast (Love Is A Softball Field) that I do weekly with my best friend Annie was a huge help for me. We both came out around the same time, and have talked a lot about LGBTQIA themes and struggles. And with every day that passes and every release, I make or podcast I record, I feel more and more powerful because I’ve taken control of my life and made things happen.

In the past couple of years, I’ve also begun seeing a therapist and taking a mild daily anti-anxiety medication. I never thought I was the kind of person who needed medication and was skeptical when a doctor suggested I try it. It genuinely surprised me that immediately after going on medication I felt like myself again. I hadn’t realized how far I’d veered from being that person after being riddled daily with worries.

The medication allowed me to get my body chemistry back on track by preventing major anxiety attacks and that pit in your stomach you get when you feel like you’ve done something wrong but can’t put your finger on it. The therapy has been wonderful too. It has helped me learn about the ways I process the world around me, and how these external things manifest in my body and in my behavior. I’ve always been very interested in psychology and anthropology, and therapy is like going back to school, but the topic you’re studying is your own mind. I know it can take a bit to find the right person, but I think therapy is such a fascinating and enriching experience that I wish everybody would do! I try to be as open as I can about it because I’ve talked to SO many people who have been through something similar. You take away its power the minute you begin talking about it openly.

We’d love to hear more about your work.
My girlfriend and I release all of our music under our label, Sentimental Records. For a while, I felt like I needed a real record label or someone bigger to make things happen for me, but Wolfy has really taught me the value of doing things yourself. It feels really good to take action, release music, and be in charge of all of the details.

Wolfy is the mastermind behind the label, and the idea stemmed from her obsessive reading and analysis of the music industry, and a desire to find a solution that works for creatives. For now, we’ve only released our own music, but our goal is to release music for the dozens of talented artists in our community, and to use our momentum, skillsets, and successes to help raise our friends up with us!

Is there a characteristic or quality that you feel is essential to success?
Continuing to make stuff is the key to success in my opinion. If you’re making art, you’re an artist. Nothing can happen if you’re not doing anything! I for sure have had long periods of paralysis, artistic block, and fear. But Wolfy really helped push me through those times by encouraging me to make more music and helping me to record and release it. I’ve come to realize that it could take a second or it could take years to achieve your goals. Since you don’t know when it’s coming, you’ve got to just keep going. I couldn’t have predicted the KT Tunstall touring opportunity, nor have gotten it to happen if I had tried, but I had been releasing what I felt like was great music steadily up until then. I slowly built up some good press and an audience, however small it may seem to some people, and when the opportunity came, I felt ready. Now I have that tour under my belt, and I’m ready to do more! I, of course, wanted to relax after we got back from tour in December, but Wolfy excited me with the idea of releasing an album as soon as possible to follow up the tour. She’s always looking forward, and that mentality is the secret ingredient for me.

I totally understand the fear and loneliness that fellow artists feel when releasing music. We spend time, money, and tremendous amounts of emotional labor on making it. I go through the cycle of fears daily. I know I’m lucky to have someone like Wolfy by my side, with an infectious drive and unshakeable confidence. That’s why we want to help others release music and build up our community with Sentimental Records – it’s super easy to be discouraged, but it’s also super easy to take someone’s hand and pull them back in the opposite direction when those feelings are taking charge. 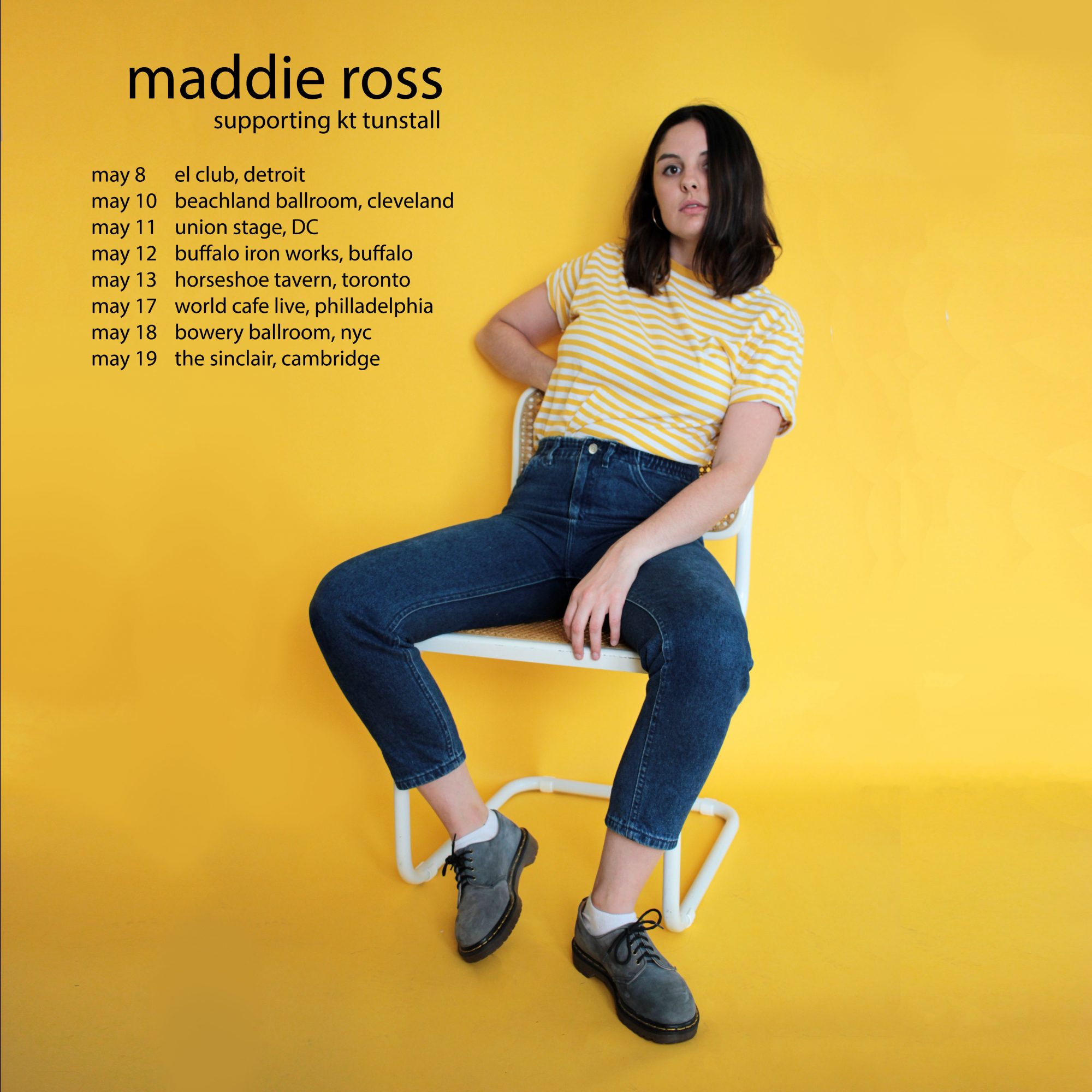 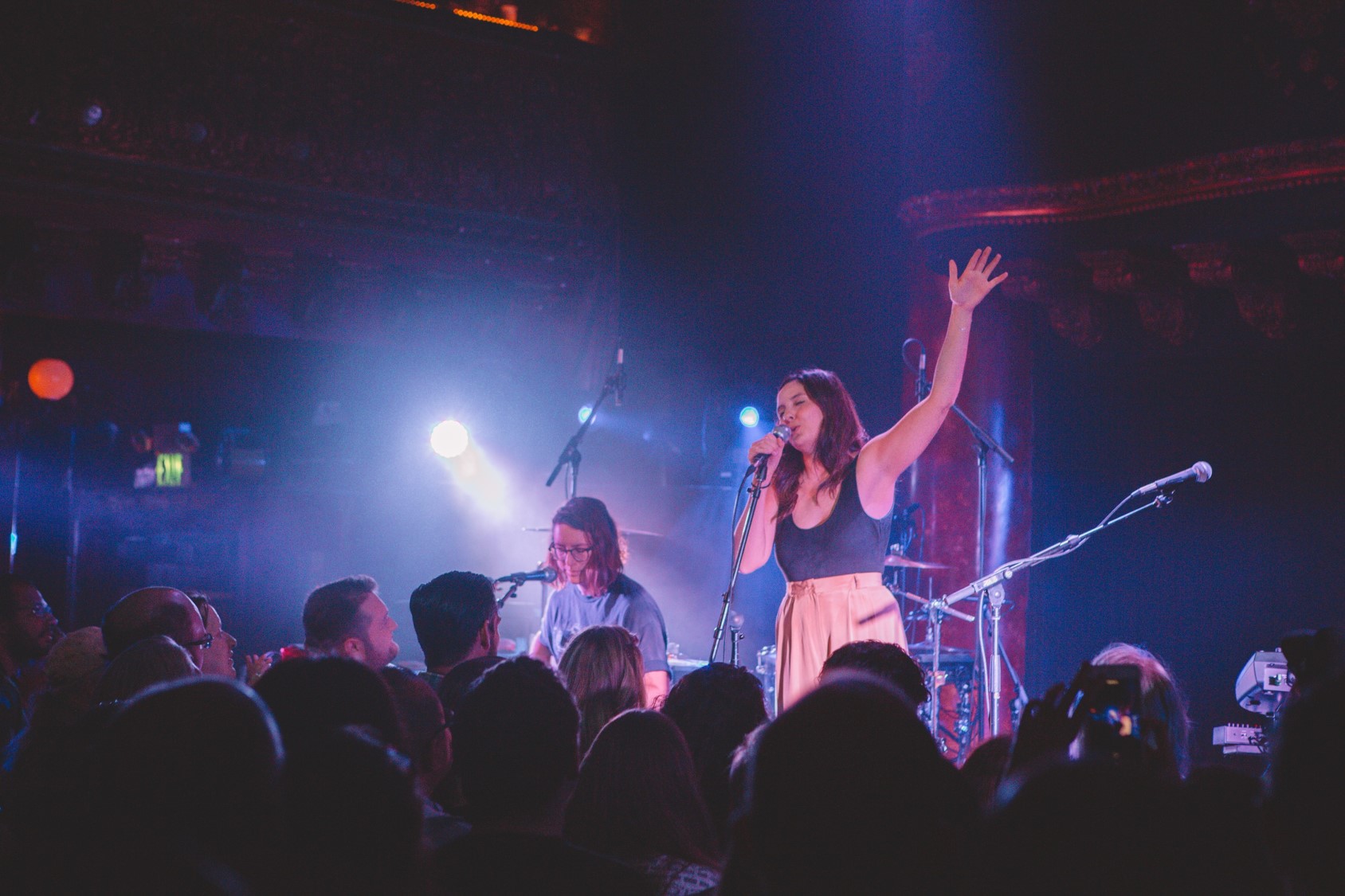 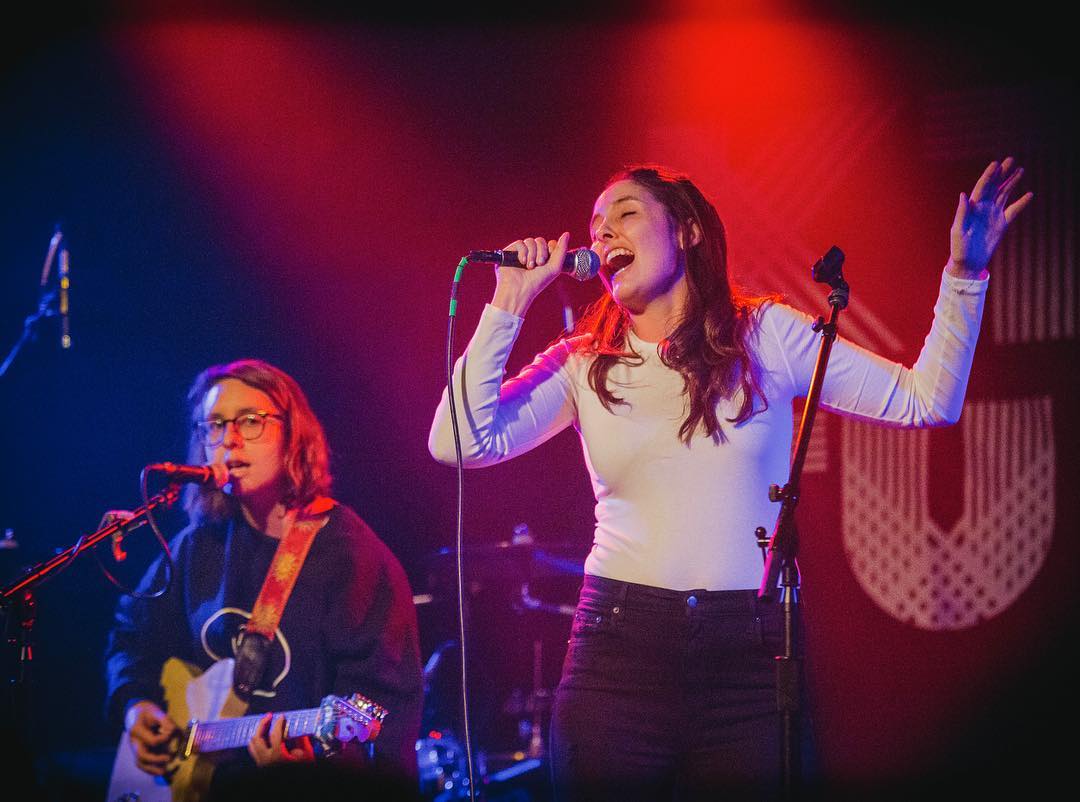 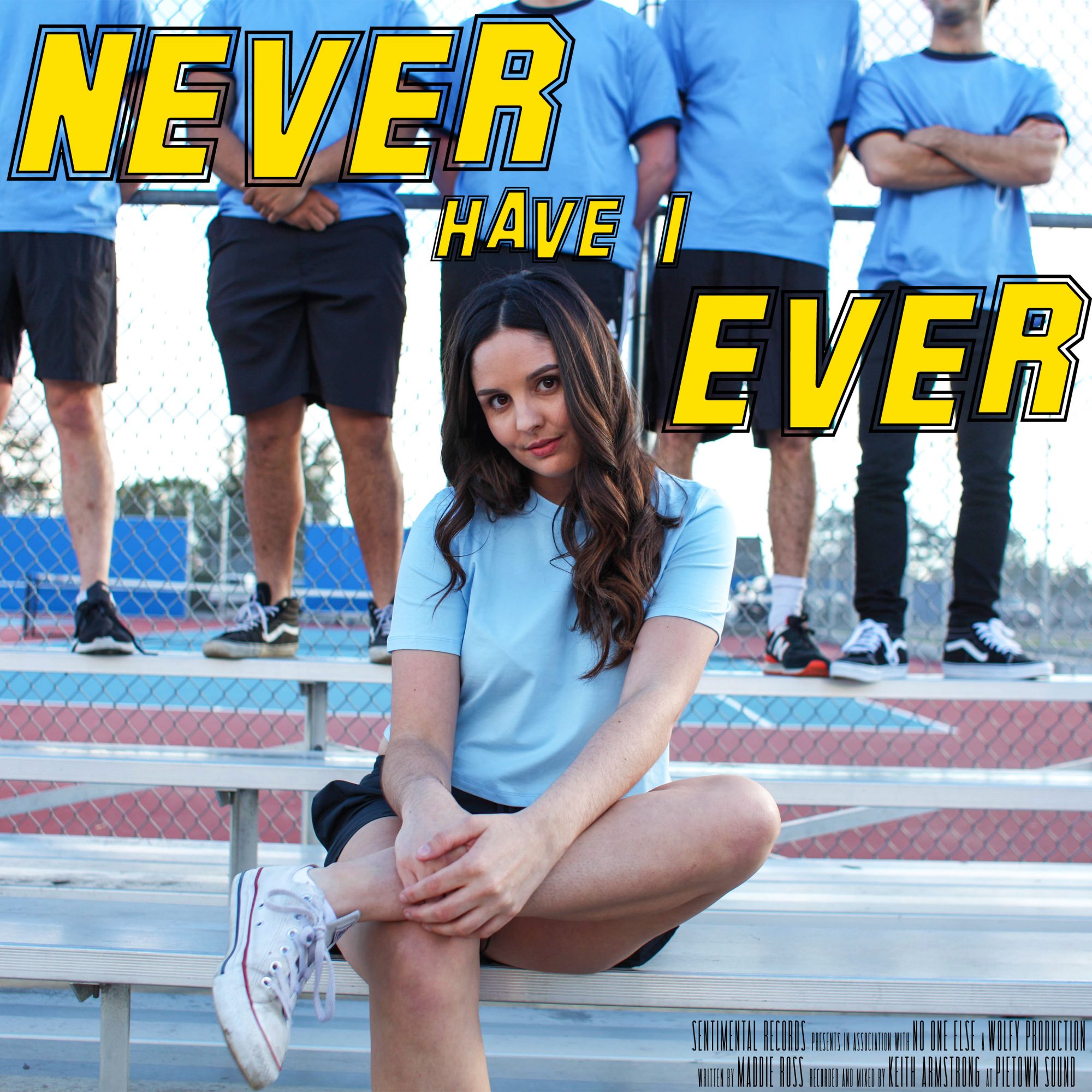 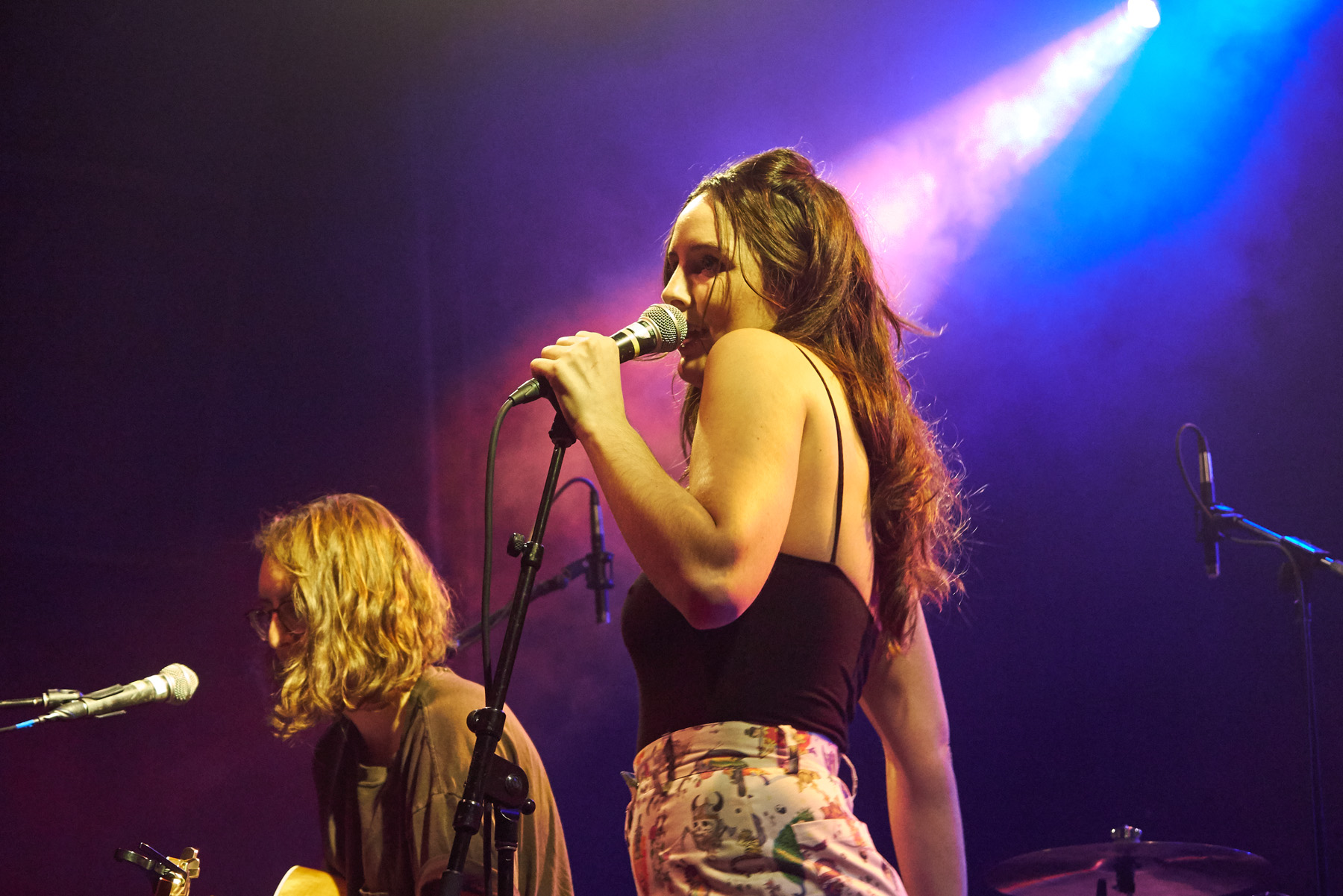 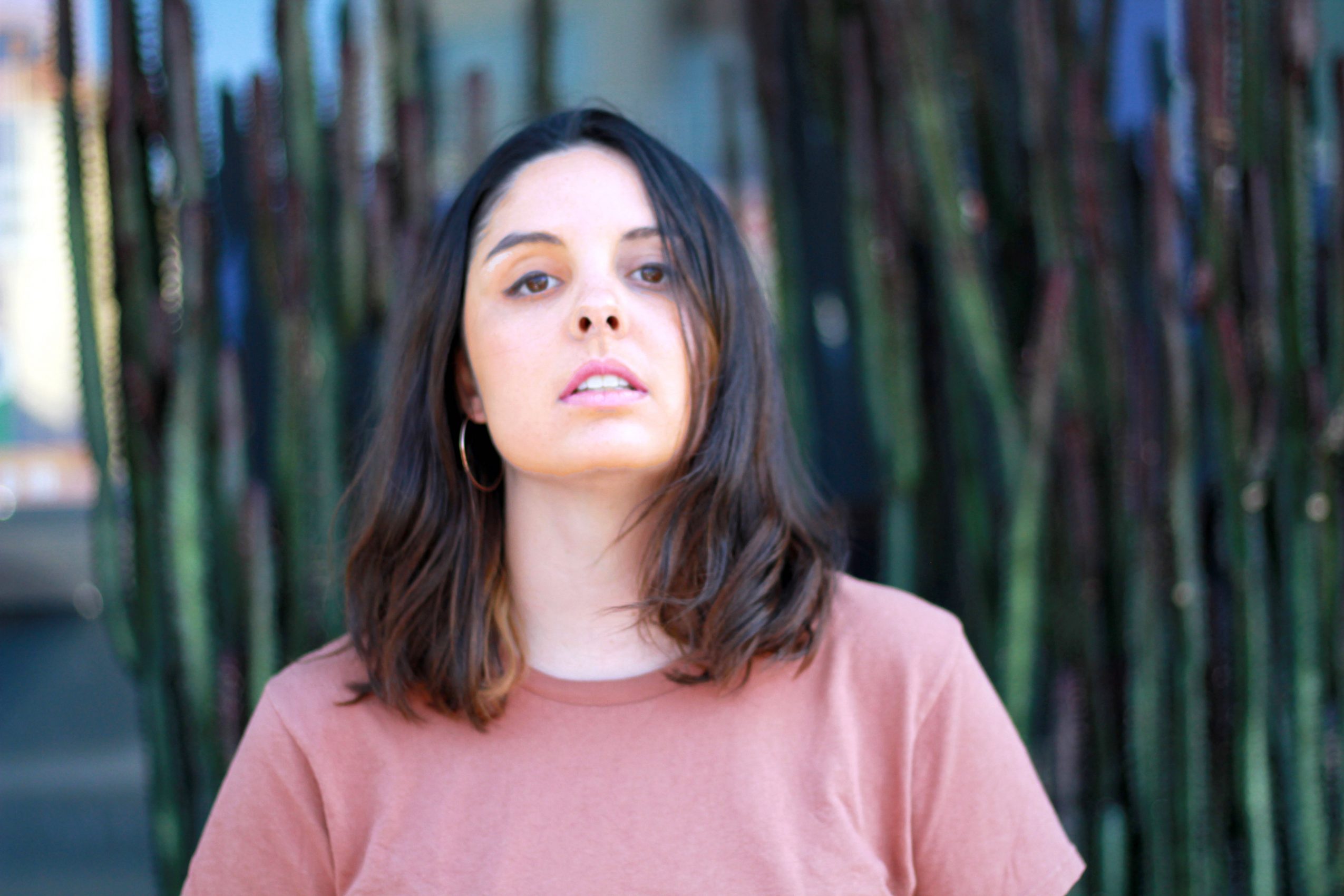 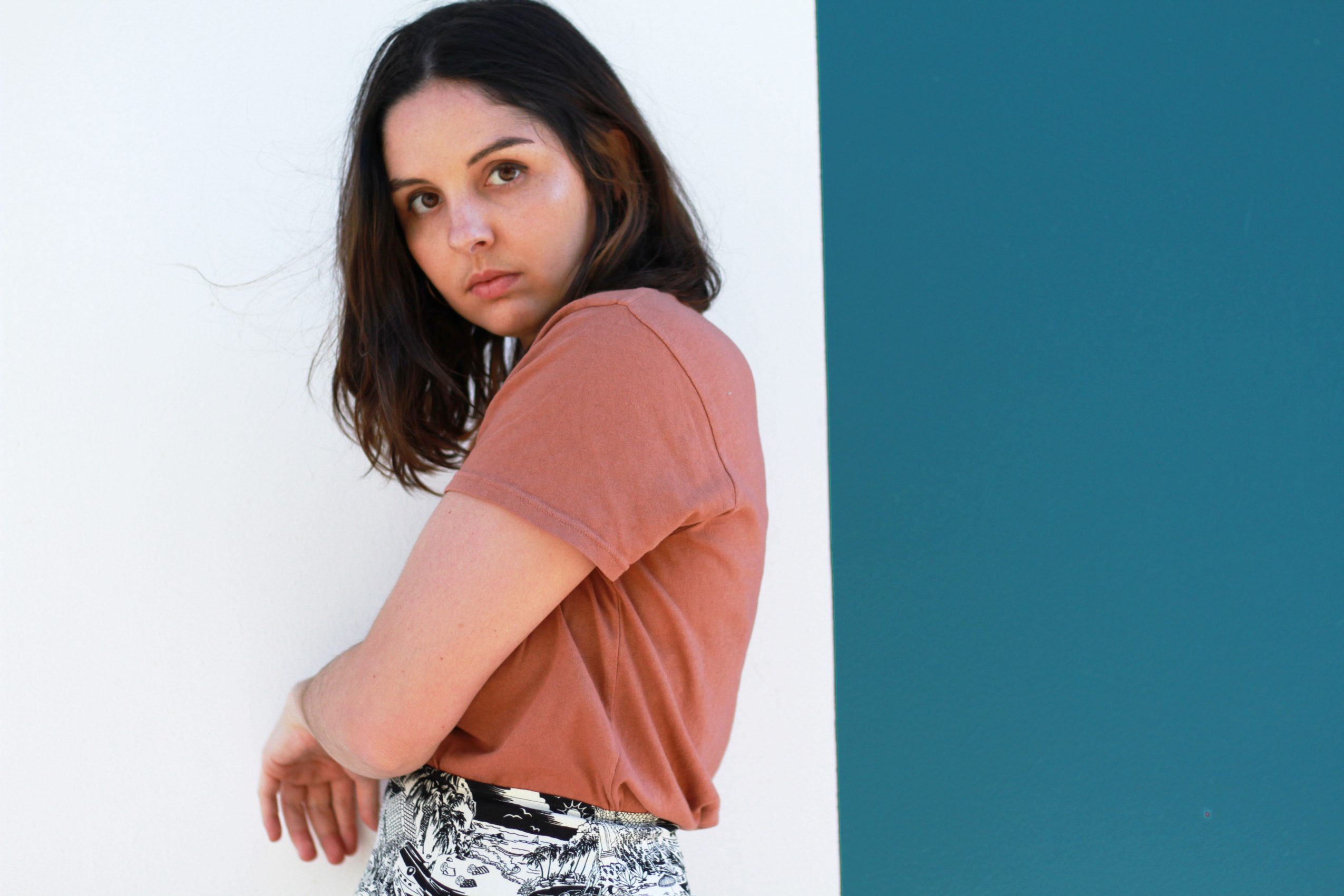