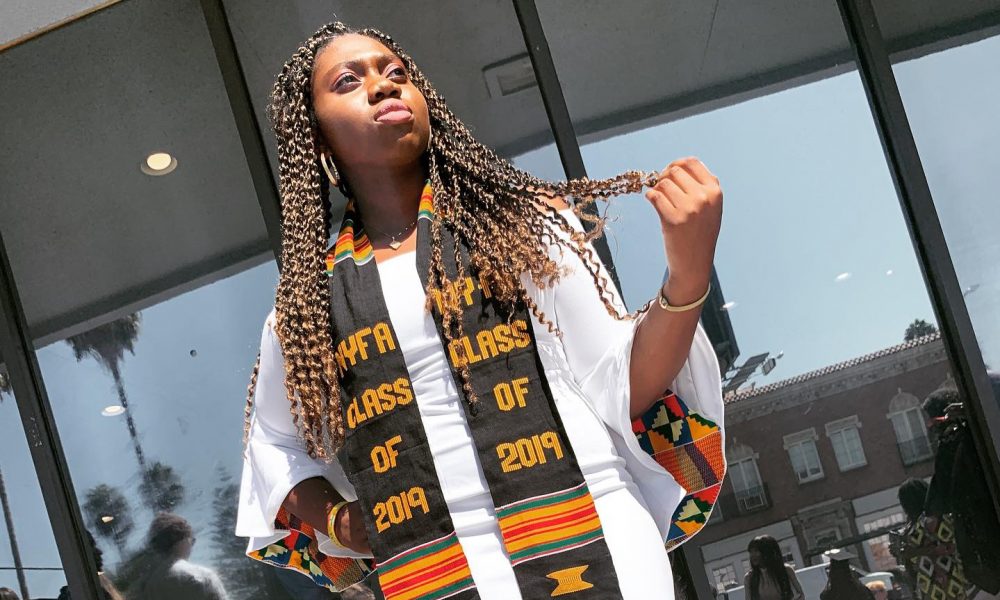 Today we’d like to introduce you to Maame-Ekua Mensah.

So, before we jump into specific questions about the business, why don’t you give us some details about you and your story.
I was born in Ghana which is a west African country. Just to clarify: no, Africa is not a country. My father was had enlisted in the Marine Corps, so not too long after, I was born my family began moving. I moved all around the world, as the song says literally from LA to Tokyo. I was a military brat as most tend to call us. Nowhere was ever home really. One of the hardest questions people ask me is, “Where are you from?” It usually catches me off guard although it’s such a commonly asked question. When I was young, I was always the quietest kid in class although I had big dreams. I was more of a listener than a talker. I was more of an observer than a doer. Of course, at home, I would always play make-believe with my brothers and my cousins but for some reason, I perceived the general public to be intimidating. At the age of 7, I wanted to be a pediatrician. That changed at the age of 9 when I wanted to be a WWE superstar. I watched it religiously with my Grandmother, who introduced it to us, and my younger brother. This dream constantly fluctuated between pediatricians and WWE superstars until 2015 when I moved to Atlanta, Georgia. I had been obsessed with film for a while, but I watched a movie called Beyond the Lights which was life-changing. The main character in the movie Noni, played by Gugu Mbatha-Raw, ignited a passion within me that I couldn’t be doused. After watching this film, I realized that I wanted to become an actress. I wanted to ignite souls the way mine was ignited, through my craft. I wanted to inspire individuals around the world to see others’ lives from newer perspectives. I wanted to be an actress to depict characters that elicit progressive change within society. A catalyst of sorts.

We’re always bombarded by how great it is to pursue your passion, etc. – but we’ve spoken with enough people to know that it’s not always easy. Overall, would you say things have been easy for you?
I faced several naysayers along the way telling me to reconsider my career because of its high unpredictability. Within my family, there’s been a trend of people with successful, reliable jobs. I was the first to dive headfirst into this career type. I had to start to force myself to be confident, bold and speak my mind. This process has been as difficult and painful as pulling teeth, but it has been necessary. Fear of failure was always an obstacle I’ve had to learn to overcome in order to reach a level of vulnerability within myself. One of my favorite definitions of vulnerability comes from Lupita Nyong’o. Lupita states that “It is the constant exposure to failure that frees you from the strongholds of the ego and allows you to embrace vulnerability. And it is in embracing the vulnerability that you can surprise yourself in performance, and share something really special about human nature. ”

Please tell us more about your work, what you are currently focused on and most proud of.
I am an actress. And in being an actress, that requires me to be as Viola Davis stated “both a student of life and a thief of life”. I’m learning and observing as much as I can in order to incorporate new life into my characters. Acting is also doing. Performing anytime when given the chance is a must.

What were you like growing up?
Growing up, I was usually the quietest kid in class. I moved around so often that I don’t remember most of the friends that I made. My brother was my best friend. I loved WWE AND Michael Jackson which opened my eyes to entertainment and entertainers. My Parents loved African movies so our family always watched Nollywood and Ghallywood films. (films made in Ghana). I was always into sports growing up on military bases where my parents signed up my brother and I for every sport. Basketball and Softball ended up being my favorite which I went on to play in high school. I was always very witty and had a smart comeback for everything although I would say it underneath my breathe from fear of backlash. 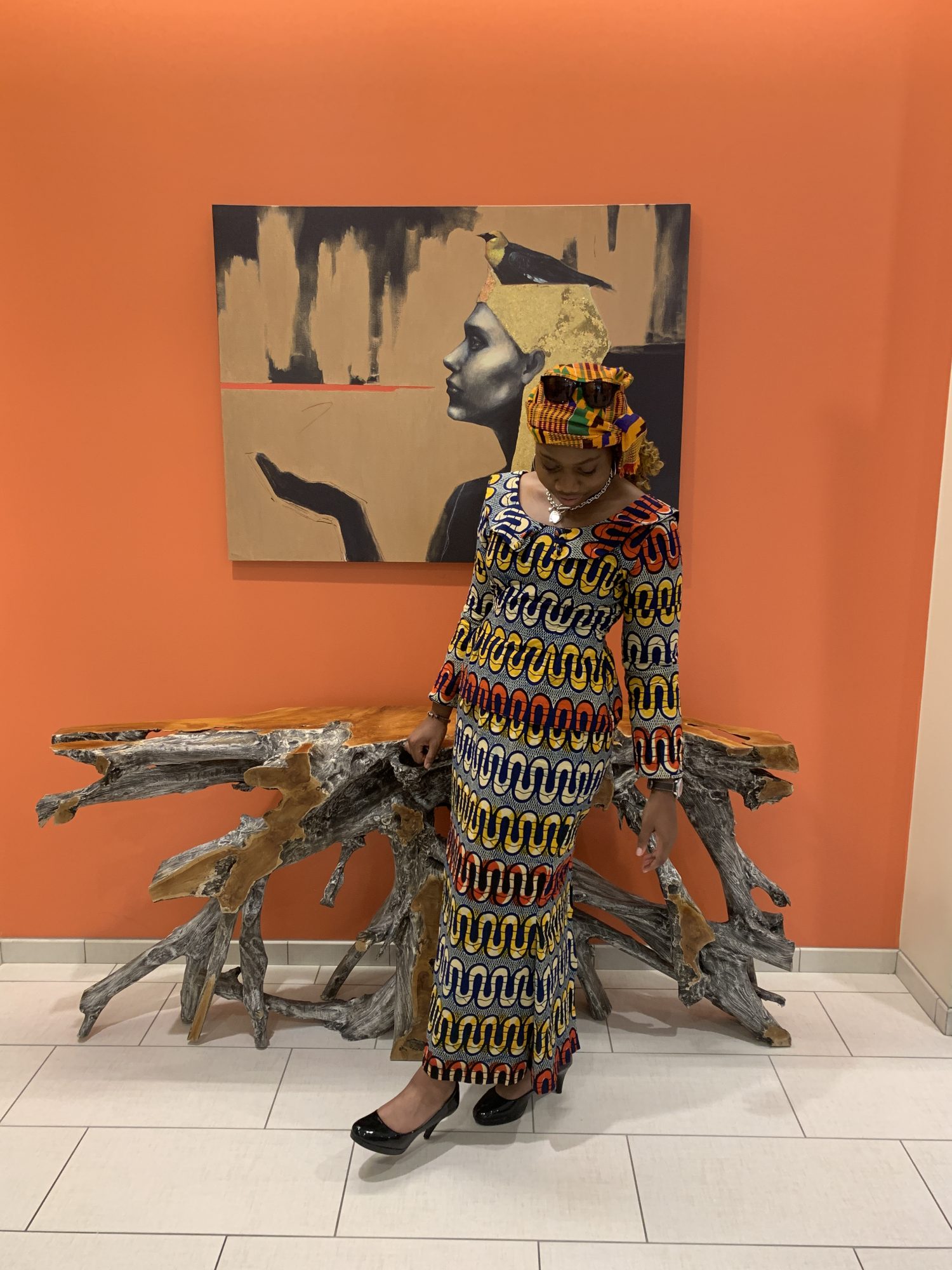 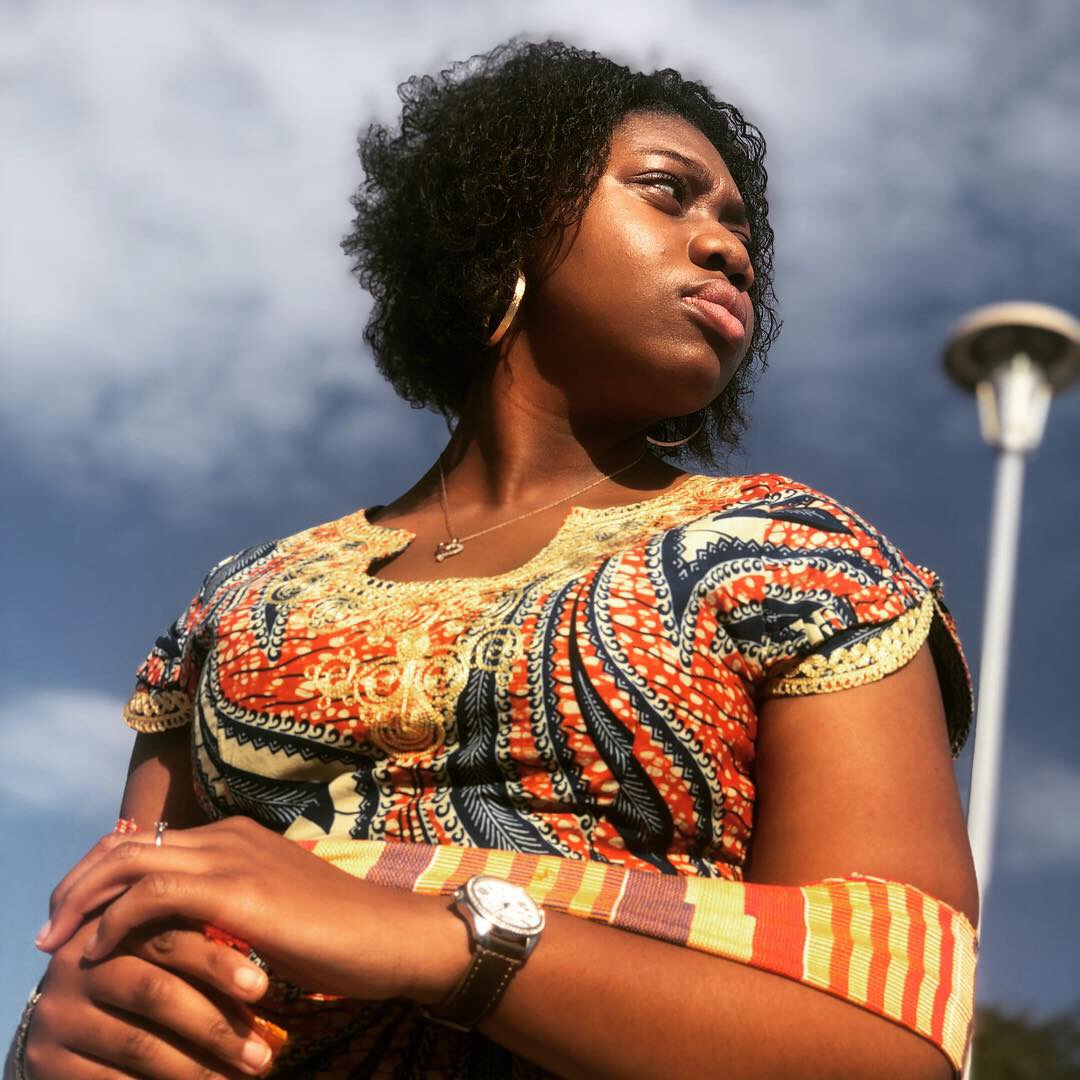 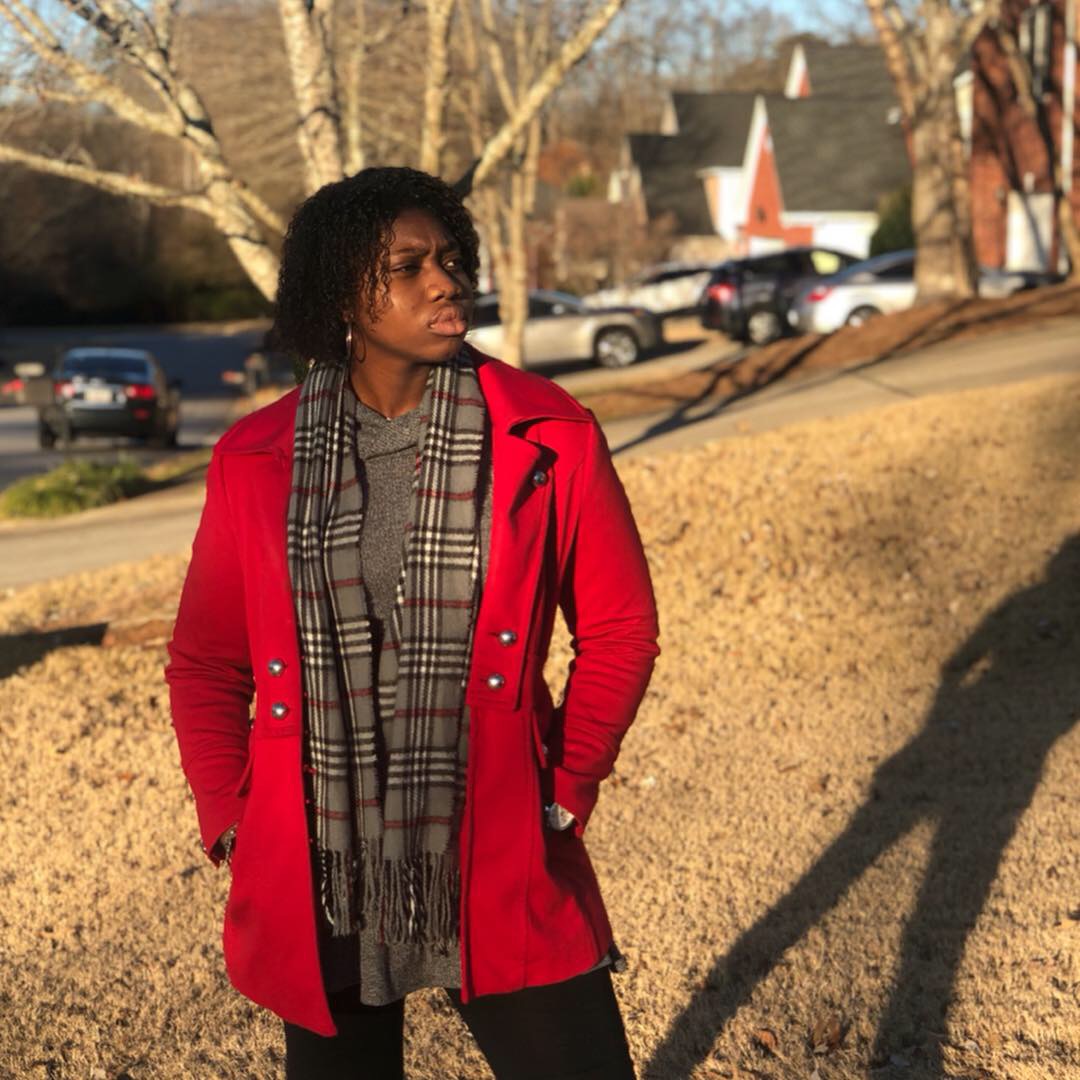 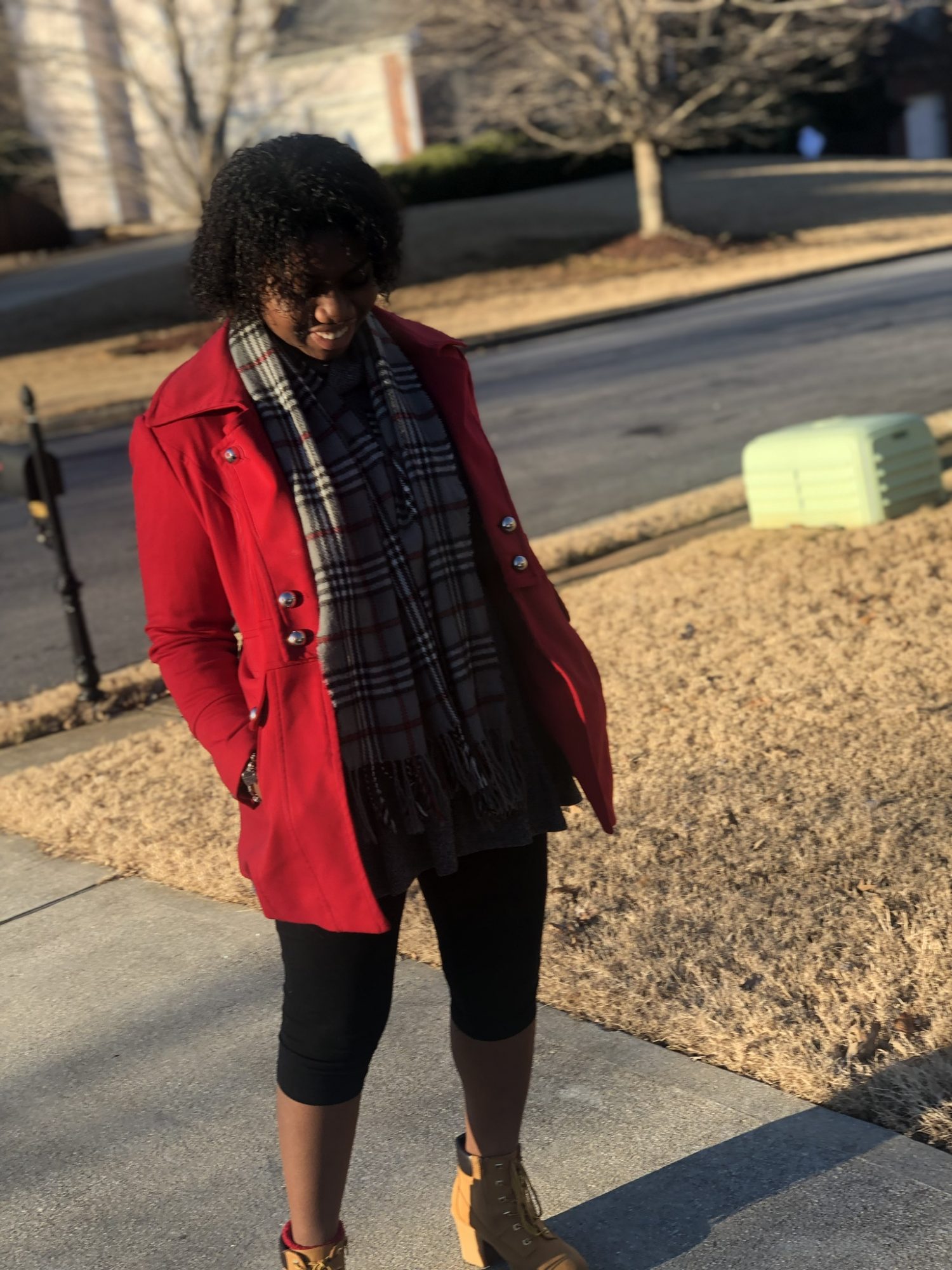 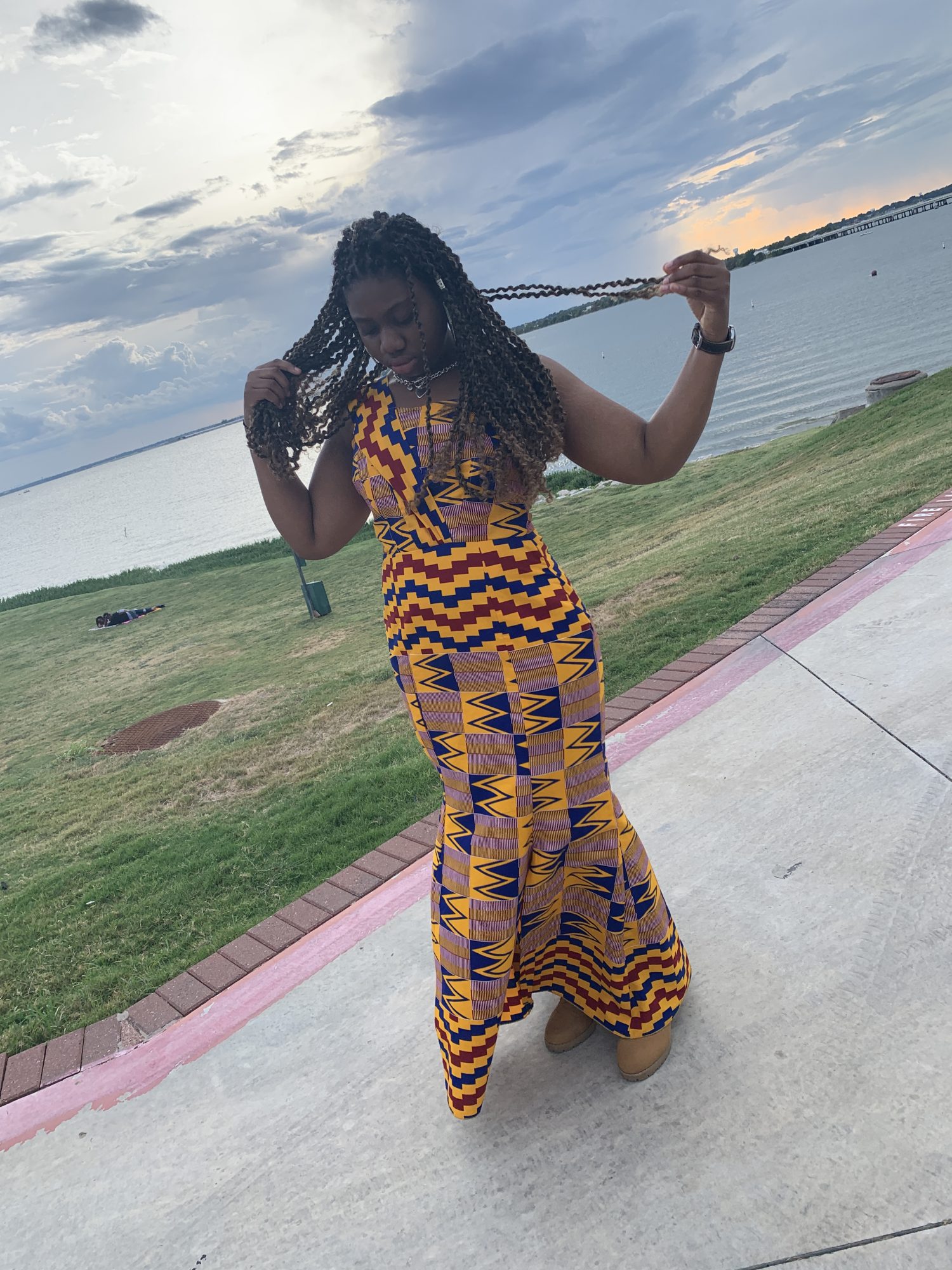 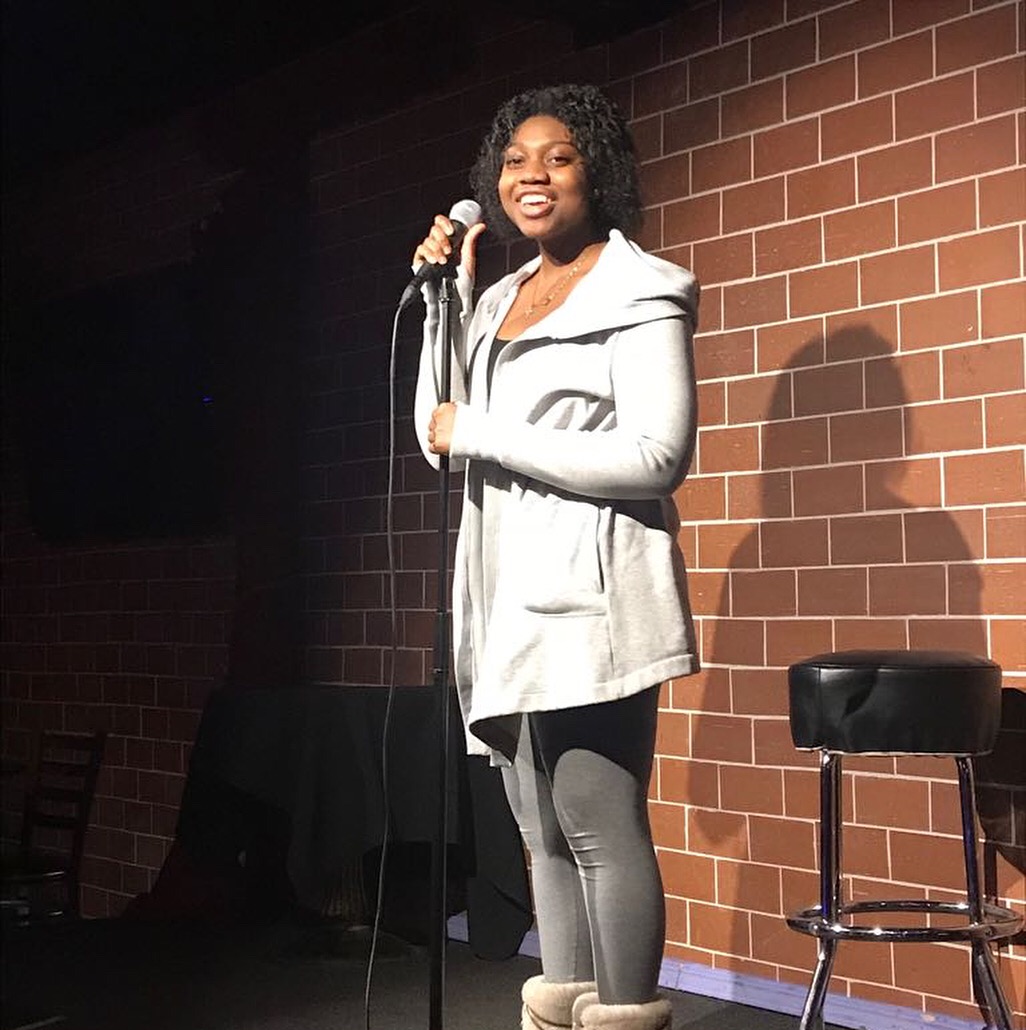 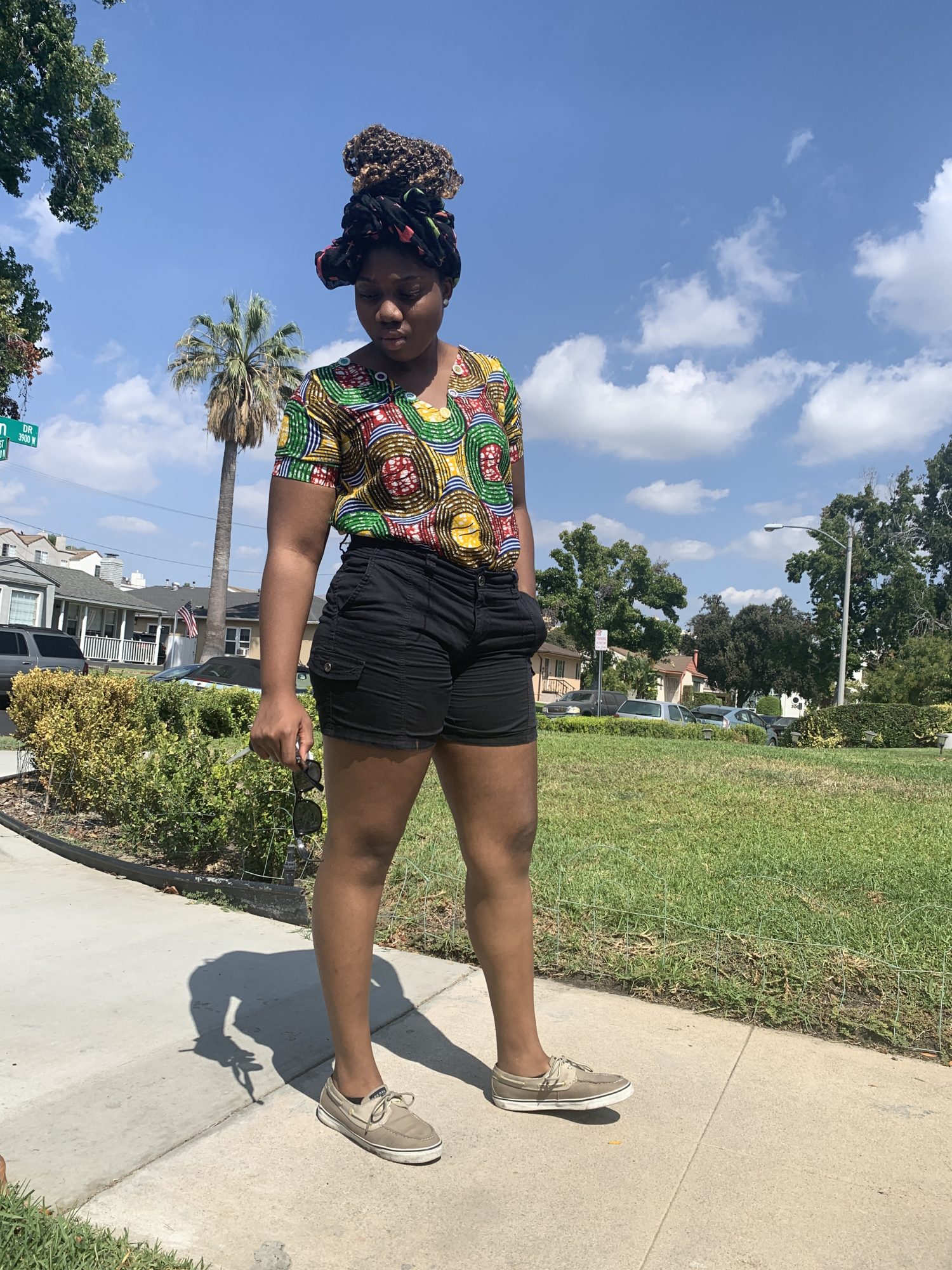 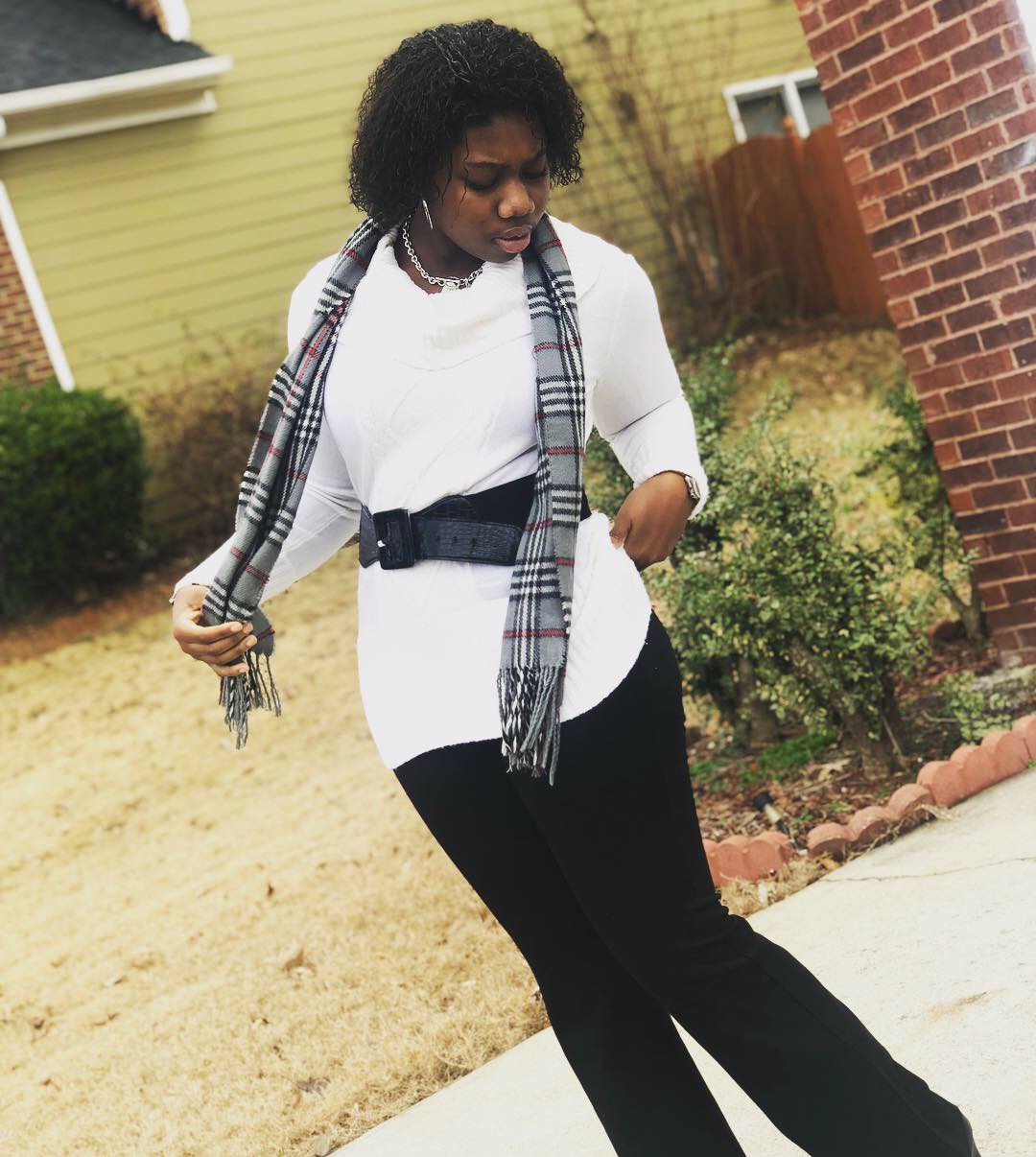 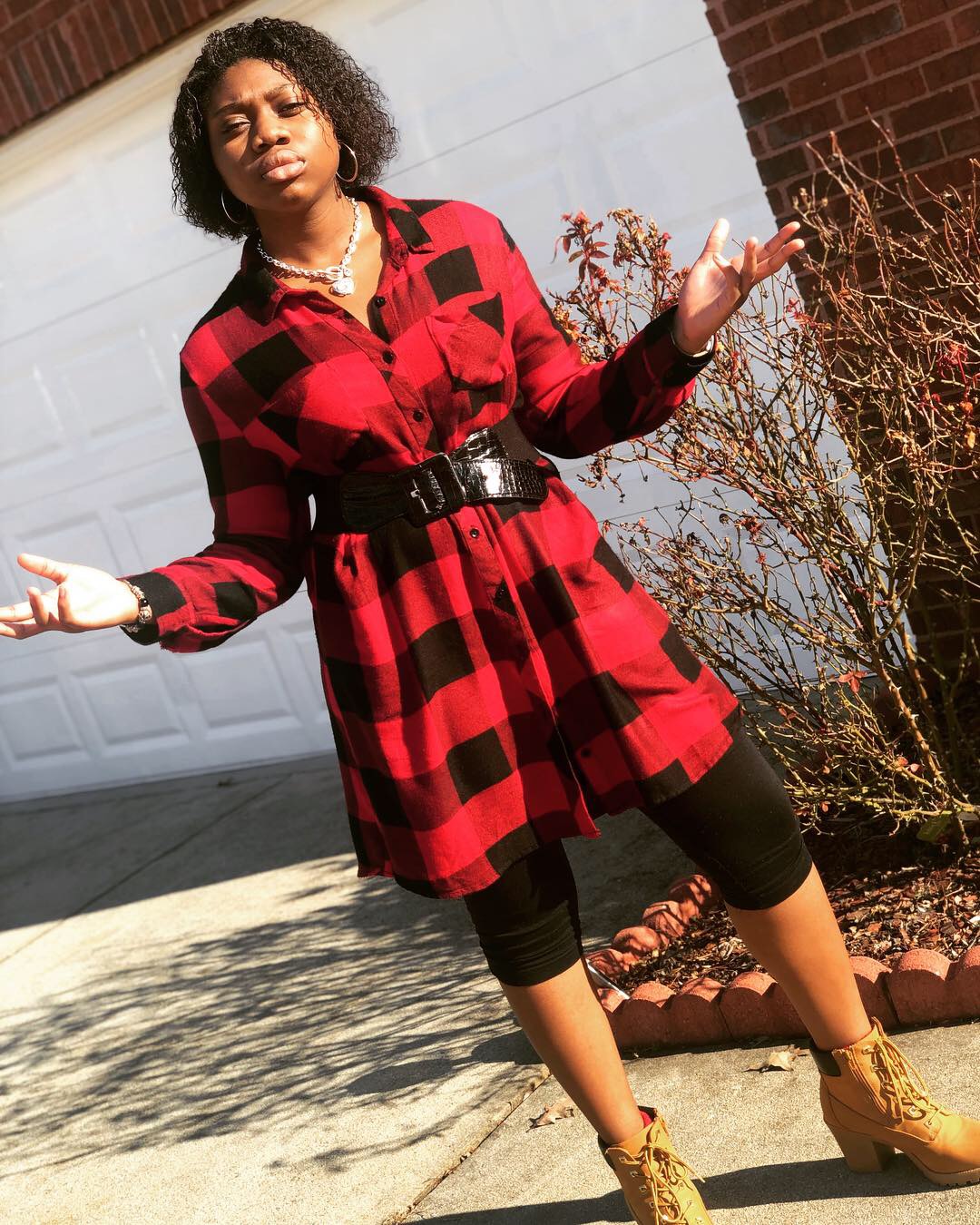 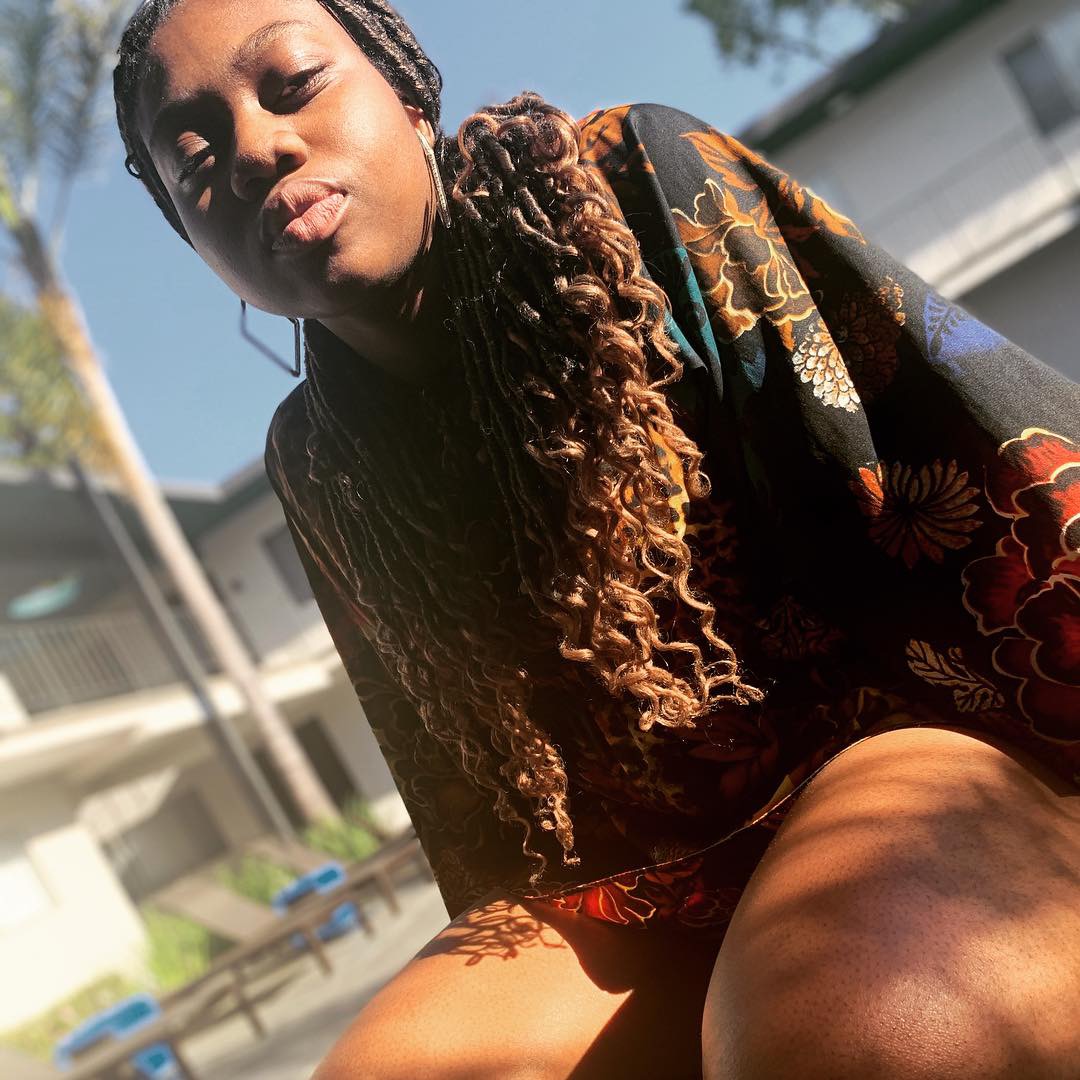