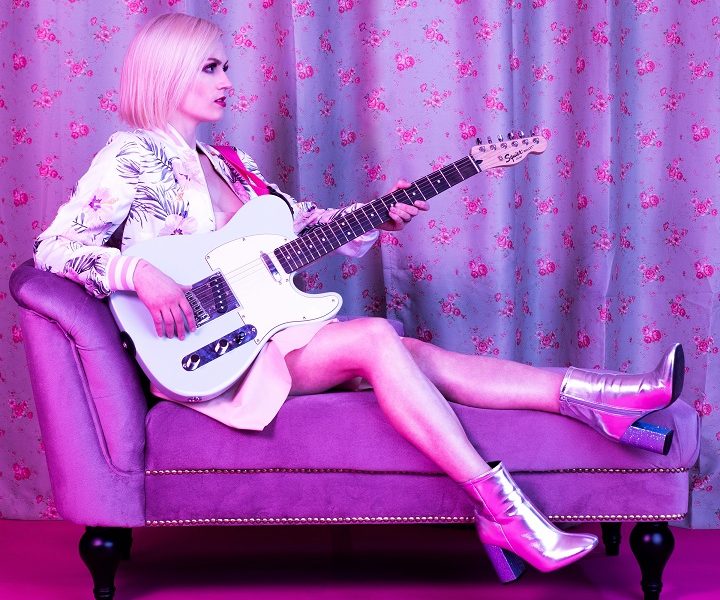 Today we’d like to introduce you to Lyndsi Austin.

Thanks for sharing your story with us Lyndsi. So, let’s start at the beginning and we can move on from there.
I have always been fascinated with music. When I was young, my family couldn’t get me to stop singing for anything. I was raised on a farm in Idaho with my nine siblings (YES, NINE.) We had plenty of wide-open space to be creative and get into trouble. The whole time I was running around, singing my favorite Disney songs. At age six, I enrolled in voice lessons and hopped on any opportunity to join choir in church or school.

When my parents divorced at age eight, my mom moved us around for a few years before we ended up in Salt Lake City. After many small-town years of feeling culturally stunted, I began discovering my own music. At 14, I bought my first instrument – a blue electric bass. It was so badass. I taught myself how to play by printing out pages and pages of tabs to my favorite songs. I was addicted. When I was 16, I was given an acoustic guitar and that opened up a whole new level of songwriting. All of the melodies that I had spinning in my head finally found a home in some real songs.

After high school, I went to college at the University of Utah, where I got my degree in Communications and worked full-time. During that time, I started a shoegaze band with some of the friends I met in SLC. I felt my time in the band actually taught me more than my courses. I really learned how to be a frontwoman and how to run a business. I was the singer, the bass player, the booking agent, the manager, the graphic designer, all of it. I became very involved in the local music scene and even booked us a few west coast tours. One taste of the road and I was hooked. We made a really good name for ourselves in Salt Lake City, but after a few years I felt I had reached a ceiling and needed something bigger.

Enter Chris Qualls (Concord Publishing/Cutcraft Music Group). I met Chris in Salt Lake City when his band was on tour. We were immediately drawn to each other. Like, DRAWN TO EACH OTHER! We stayed up all night playing songs on acoustic guitar and talking about music and life. Over the years, he kept telling me that I needed to move to LA. Eventually, I listened to him. It was one of the best decisions of my life.

New Year’s Day of 2016 was my first day in LA. I wanted to start the year off fresh. Two months later on February 29th, Chris and I had been invited to see one of our favorite bands, The Drums, perform at NeueHouse Hollywood. That night, inspired by the show we had just seen and a little bit of whiskey, we began brainstorming the foundation for a new band that combined all the things we loved about Southern California and its musical history. Surf rock guitars. The energy of Orange County punk rock. Beach Boys harmonies. The sassiness of the east LA socialites and fashionistas. Cruising down Sunset Boulevard. This was the beginning of Tidal Babes.

Excited about the possibilities, we headed back to Chris’ studio in Echo Park for a late-night songwriting session where we wrote our first single, “Do You Wanna Come Over?” The next morning Chris sent the demo over to drummer Danny DeLeon of seminal LA dance-punk band Moving Units. Danny loved the track & band concept and was excited to play drums with us.

Overall, has it been relatively smooth? If not, what were some of the struggles along the way?
Although my parent’s divorce was undoubtedly for the best, it came with its share of struggles. The lack of a consistent positive male parent figure in my life has been challenging and heartbreaking at times. My mother made up for so much that was missing, but there is only so much that one person can do.

Starting at a young age, money was always something that I was hyper-aware of. I felt bad asking for things because I knew my mom was already struggling. The clothes I wore were handed down through all of my sisters before they hit me and were probably given to us secondhand in the first place. My mom always taught us to make the best of any situation and that forced me to be creative and resourceful very early. Thrift shopping is one of my favorite things to this day – nothing life scoring a sweet thrift!

Leaving my home of 13 years to move to LA was one of the most terrifying and exciting things I have ever done. I packed up my old Acura with my instruments, clothes and dreams and left the rest behind. Said goodbye to my family, friends, band, jobs, city – and I will never regret it. Being apart from my family is still very hard for me, but I know that there is no other way. Luckily Salt Lake City is just one quick road trip away.

All of this being said, I am grateful to be where I am today. I’ve had to work hard my entire life for everything and because of that, I truly appreciate the good things that come my way. Adversity makes us stronger.

Can you give our readers some background on your music?
Tidal Babes is currently my full-time band. We write songs that mash-up sexy vocals, big pop hooks, rocking guitar, high energy drums, three-part harmonies, funky bass and clever, female empowered lyrics. The core concept behind the Tidal Babes songwriting process is writing each song in under an hour which keeps everything light and fun. Chris Qualls is a songwriter for Cutcraft Music Group and Concord Publishing and he was sick of overthinking the entire songwriting process. He suggested the one hour limit to encourage us to trust our gut and we’ve stuck to it.

I think it is some of my best songwriting yet, and I have high hopes that there is a long road ahead. Playing live is a blast. We try to embody everything that people love about California. This is the first band that has just come easy for me. I am proud of how far we have come and am excited to see where we can go with it. In the music industry, I consider myself and my band the underdog. Rock music isn’t thriving like it used to. The charts are filled with rappers, DJs and pop stars. Even in the small little slice of mainstream music that is rock and roll, the female presence is lacking. I take pride in being a woman in a punk rock band. I take pride in embracing my sexuality and freedom. I hope to inspire little girls (or anyone for that matter) to pick up guitars and use their voices to empower themselves.

In November of 2019, I released my first single as an indie-pop solo artist. I have released four singles total since then and plan to keep the ball rolling. Women are definitely under-represented in the music production world. I hope to inspire other women to have confidence in producing their own music as well. It’s still an uphill battle for me and I have so much to learn, but I am excited to expand my knowledge and continue to create my own music.

Any shoutouts? Who else deserves credit in this story – who has played a meaningful role?
By now, I’m sure you have figured out that my mom is a freaking superhero. My family is everything to me, and they have always been incredibly encouraging and supportive of my dream. Until I moved, my mom came to every single one of my concerts (including with my short-lived hardcore band), and she would still come to every single one if we lived closer. It would take ten more pages to thank all of my siblings individually so I’ll spare you from that, but I consider myself very lucky.

Chris Qualls deserves a lot of credit as well. Way back when we first met, he told me I was talented and should do something with it. His vote of confidence really sparked something in me. He heard me unlike anyone had before. Not only is he supportive, but he has helped me so much in developing my solo music and teaching me what he has learned about the music industry. He is my #1 advocate always. We have been married for almost three years and I couldn’t imagine a better teammate.

Toby Martin has definitely been a mentor for me. He guided my early bands and his production company put on shows all over Park City. Through him, I was able to see tons of crazy shows, hang with Joan Jett, and smoke weed with The Wailers. To this day, Toby is always available to answer my questions and connect me with someone if he is able to. He has lived a wildlife, so he has some really great stories.

Lastly, my dear friend Kat Bark. She has seen me through some shit. I feel so lucky to have a friend of her caliber. From day one of our meetings, she has been nothing but supportive and I could not be more grateful. She’s the kind of friend who cleans up your party and then makes you breakfast the next morning. If you find one of these, don’t let go.

I wish I had a million pages to thank all of the people who have been endlessly supportive to my dream. Just know that I know who you are and I appreciate you. 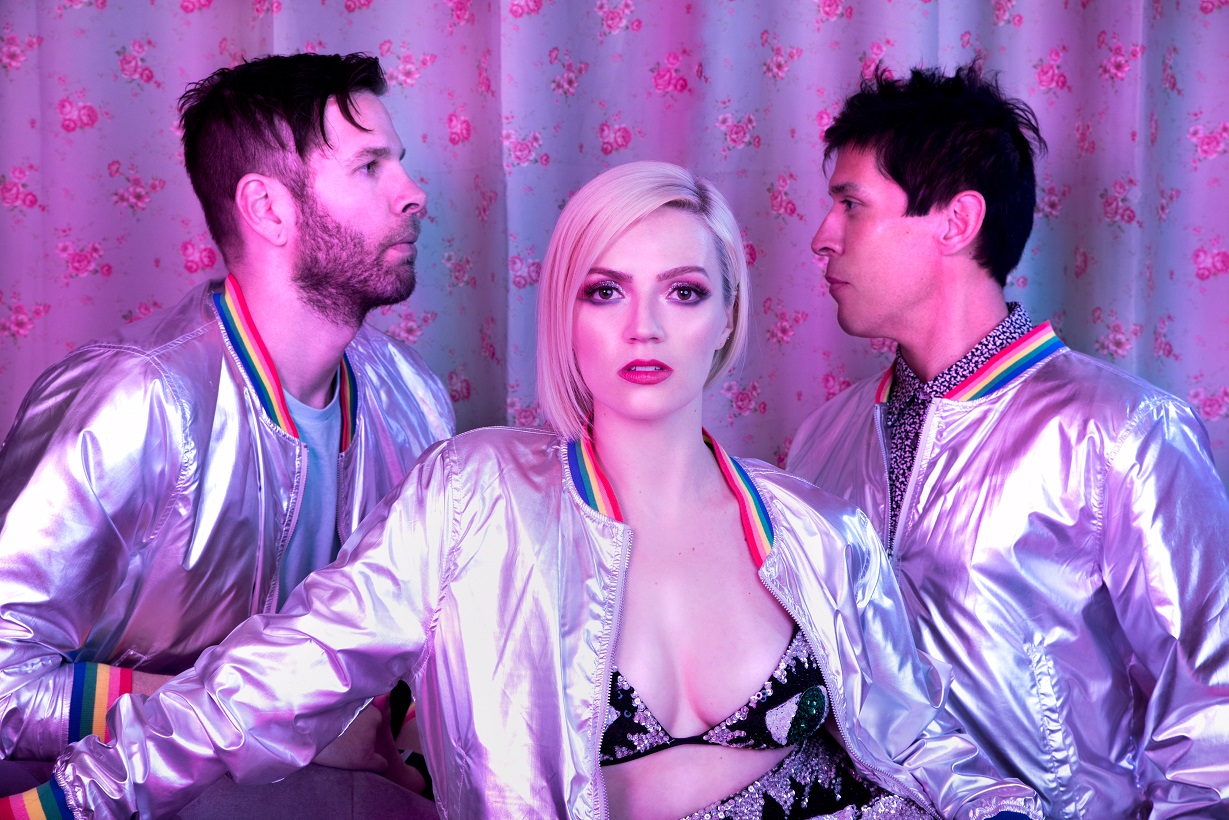