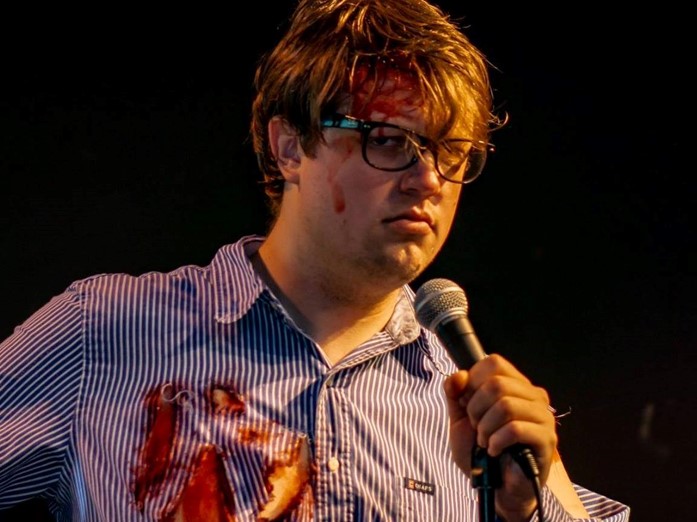 Today we’d like to introduce you to Luke Wienecke.

Thanks for sharing your story with us Luke. So, let’s start at the beginning and we can move on from there.
I’m originally from Annapolis, MD. I got bit by the comedy bug when I was 11 years old, and I started writing comedy sketches when I was 14 like the precocious, pretentious, pissy teen that I was. I started standup my sophomore year in college when I was 19, and in that time was a finalist in TBS and Rooftop Comedy’s National College Comedy Competition and was one of the DC Improv’s Funniest College Students. About a year after graduating college with no student loan debt (sucks to suck losers!), I moved out to Los Angeles. In the time that I’ve lived here, I co-hosted and co-ran a show at UCB Sunset, and now run two shows of varying nonsense called “The Happening!! with Luke Wienecke” at the Pack Theater, and “Match Point!”, which is in a tennis court in Silver Lake.

Great, so let’s dig a little deeper into the story – has it been an easy path overall and if not, what were the challenges you’ve had to overcome?
Of course not. For the most part, I don’t know if you can make really interesting or cool shit if you haven’t had some sort of adversity you’ve gone through. Who wants to read a novel written by a smiling, fresh-faced soft handed 20-something? I tried out for the same college comedy group four times and never even got a callback, I had an appendectomy out here, I was kicked out of the house I lived in by people I thought were my friends for reasons I still don’t quite understand, I got a job at a comedy club that I was fired from after three weeks in spectacular fashion, and went through a horrible break up, to name a few things. However, I’ve learned from all of these things and feel like I’m a much stronger, smarter, and happier person because of them.

What else should we know about your comedy shows? What do you do best? What sets you apart from the competition?
I run two comedy shows, “The Happening!! with Luke Wienecke” and “Match Point! Comedy”. I try to run unique, fun, and absurd comedy shows. In everything I try to do, I think “what’s something I can do that will make this different”. When I started “The Happening!!”, I was trying to do something that’s different from the average comedy show you might see in Los Angeles. It’s usually a host or a duo opening the show with standup, and then they bring out four to seven other comedians. Nothing against those shows, but how was I going to stand out from that crowd? Compounded by the fact that I am a straight, cisgender white man, who the hell wants to watch my show? An audience in Los Angeles can go see a good lineup anywhere, I want there to be something special that’s going to make them want to come back. I open every show with a balloon drop, I have a sponsorship with Jarritos Mexican Soda so I give away fruit sodas, and I’ve done shows where I had an award show for my show where I wore a tuxedo and handed myself statues for excellence, I did a show where I had been “hit by a car” before the show and was covered in fake blood and had a compound fracture sticking out of my leg, I hosted a show entirely in homemade roller skates that I made and spray-painted gold, etc. I want it to be weird, different, and exciting. Of course, I also book killer lineups featuring such comics as Beth Stelling, Kyle Kinane, and Aparna Nancherla.

What moment in your career do you look back most fondly on?
There’s been a few. Being a national finalist in the TBS and Rooftop Comedy’s “NCCC” was pretty cool. Having Patton Oswalt on our UCB show was amazing. One that really sticks out in recent memory was when I started “The Happening!!”, I had it in a small theater in Studio City that nobody came to, but I managed to book “Kid in the Hall” Scott Thompson with the help of his awesome management at Omnipop, and he showed up and did Buddy Cole at my show to an audience of 12 people and killed. I remember sitting there and thinking “if you had told me when I was 15 years old that I was going to have Buddy Cole on my show, I’d call you a liar”. After that show, the president of Omnipop, a man who I have complete reverence for named Bruce Smith, sent me an email praising my show and to tell me to “keep pushing”. It’s moments like that that keep me going. 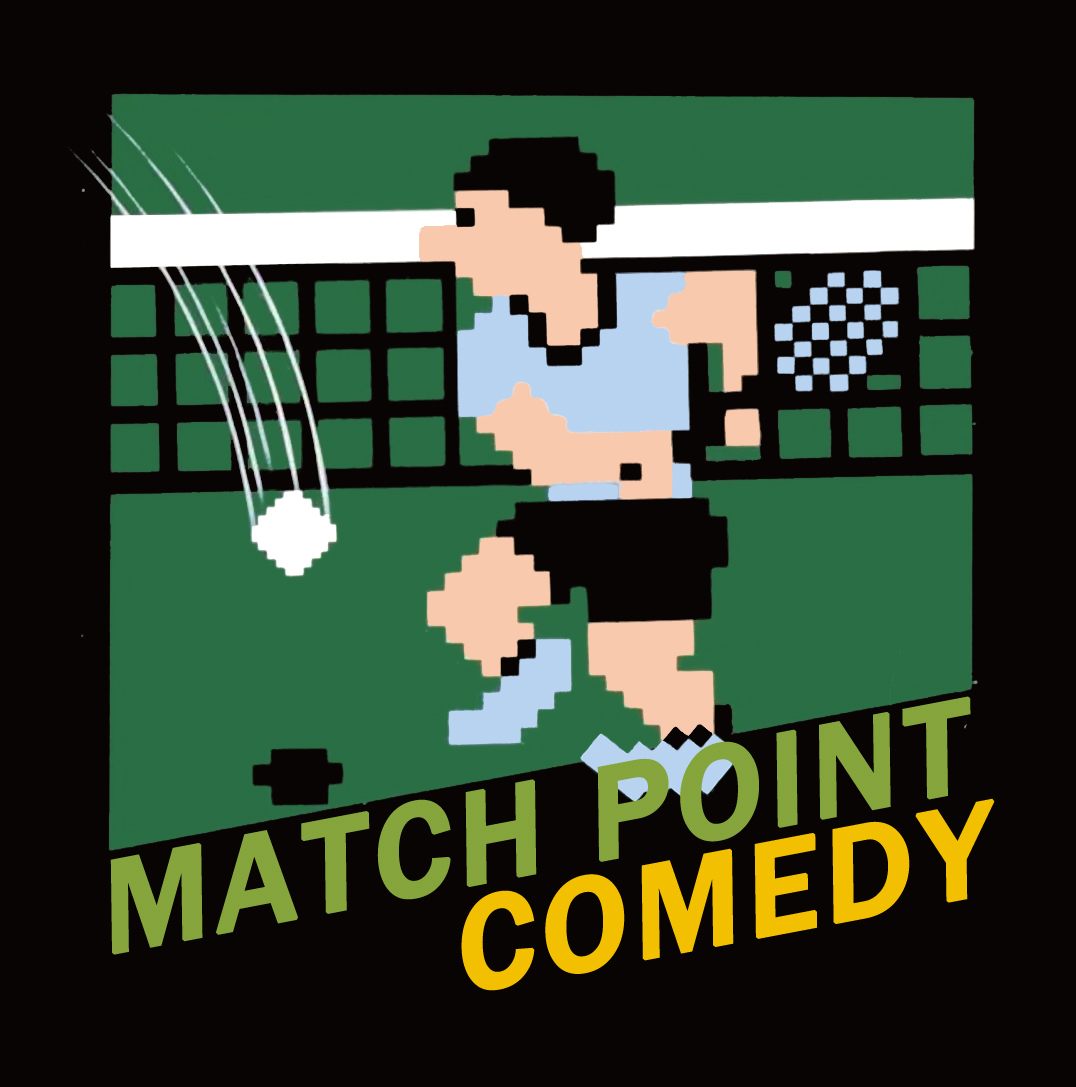 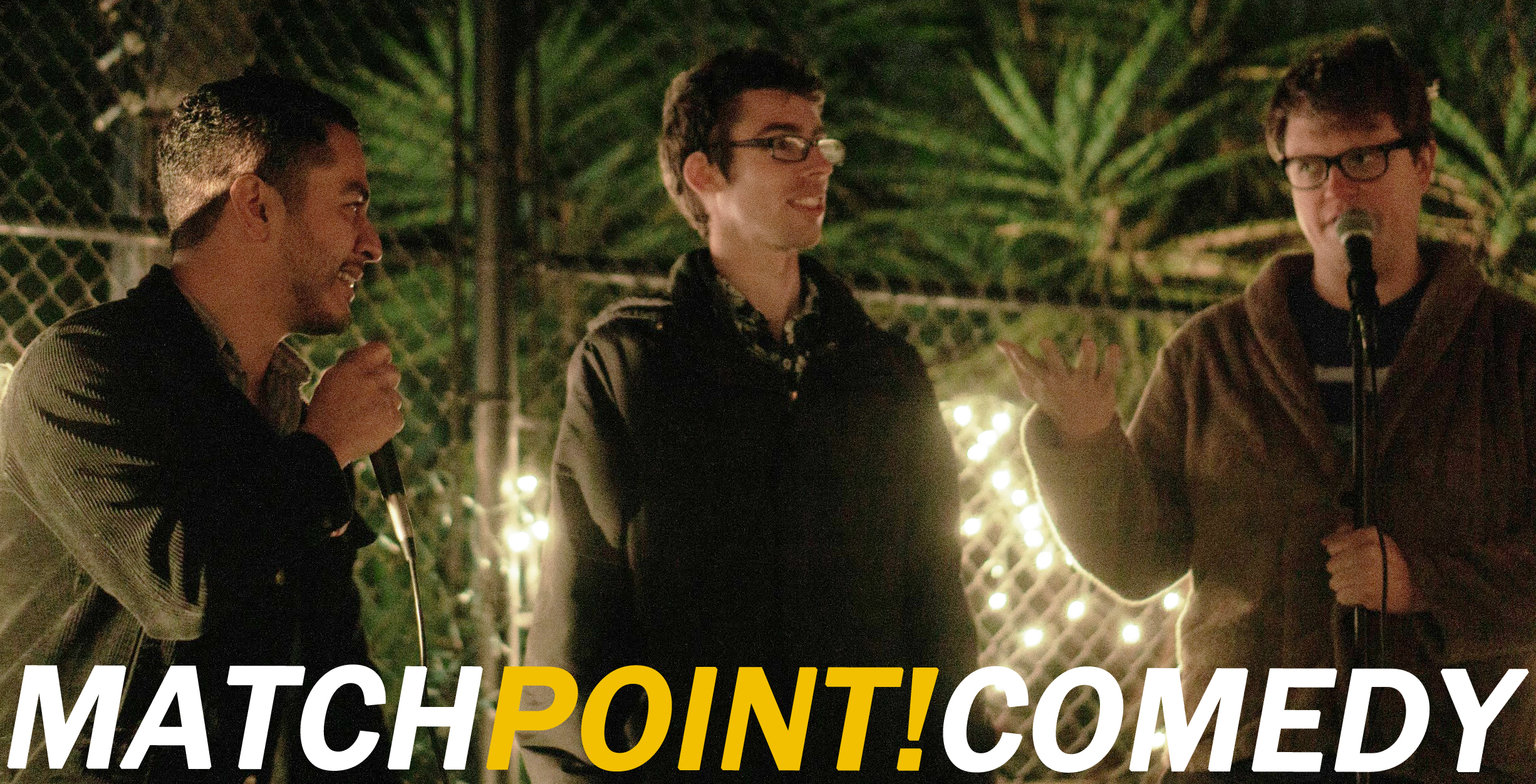 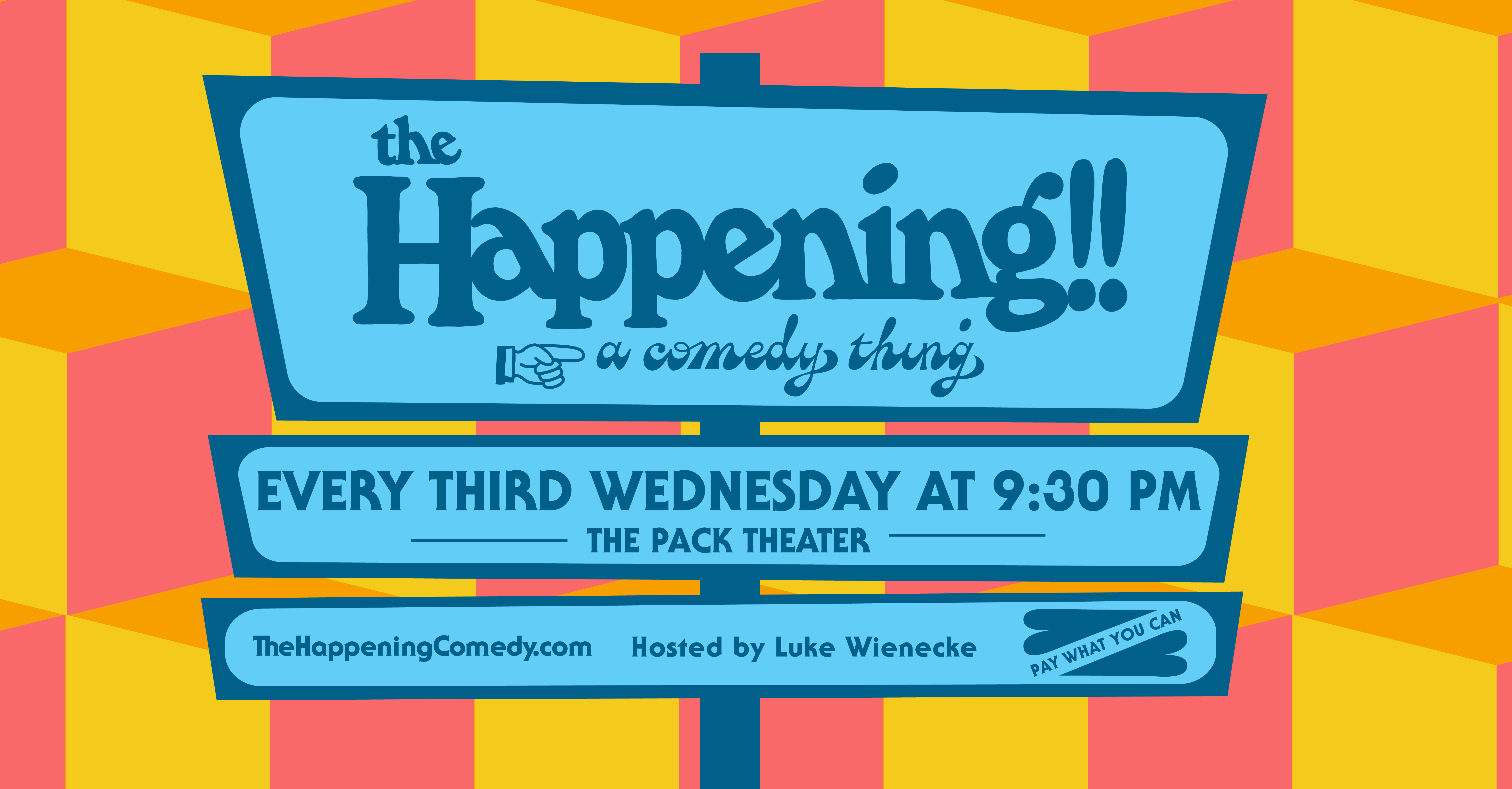