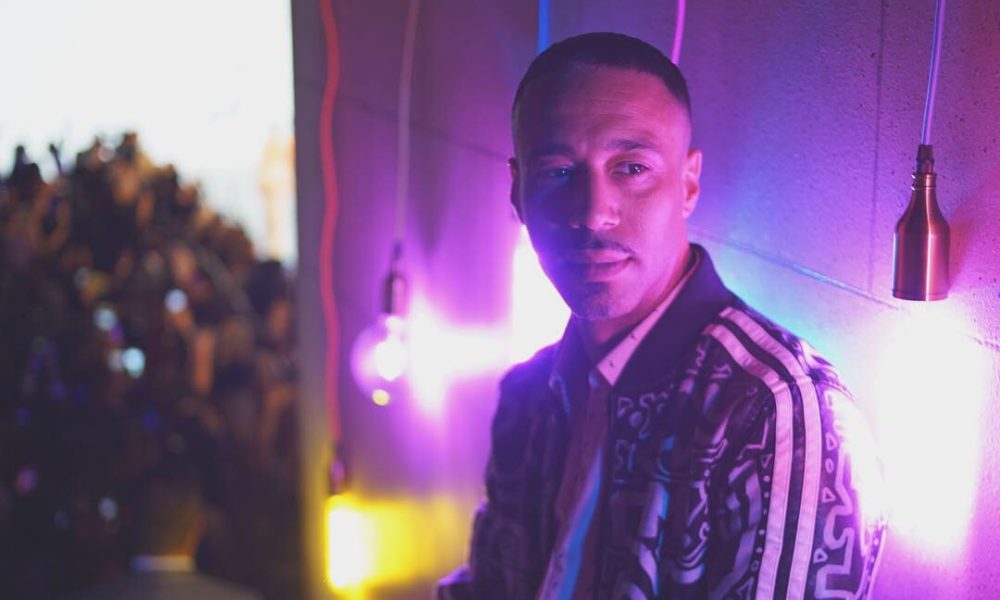 Today we’d like to introduce you to Lucius James IV.

Lucius, can you briefly walk us through your story – how you started and how you got to where you are today.
I am a Photography/Filmmaker and my brand is LAVASA STUDIOS and it means Los Angeles, Vegas, Atlanta, San Antonio. I grew up a military kid because my mother was in the Air Force so I have moved frequently. I was born in Riverside, California at March AFB and moved to Spain just after turning one. Being a military brat is intense! By the time I graduated high school, I had attended thirteen different schools starting with preschool at “Los Pitufos” in Torrejon, Spain and graduating from Hazelwood High in St. Louis, Missouri. I’ve lived in over 15 cities and traveled to many other places. Some of the places I’ve lived include San Bernardino CA, Torrejon de Ardoz Madrid, Spain, Ogden, Utah, which is just north of Salt Lake City, Denver CO, Marquette, MI which is near Lake Superior, San Antonio, TX, St. Louis MO, Atlanta GA, Las Vegas NV, Anaheim CA, and Los Angeles CA where I currently live and love the most.

With all my moving and traveling I met a ton of people, experienced a lot of different cultures, tried many kinds of food and listened to music genres from around the world. I was immersed in Spanish as a child, having Spanish babysitters and attending Spanish preschool. I remember watching American movies in Spanish like the Terminator and Disney Movies. I traveled as a child throughout Spain visiting many amazing sites and museums. I have always been very good at meeting people and building lasting relationships. It has been important to build and maintain relationships and many of those people have helped me get to where I am today. I guess it was natural for me to become good at networking since I was always the new kid at school. I loved meeting new people and chatting to form connections when I found myself in a new place.

I moved from Spain when I was five years old. When I returned in 1991, I used to play soccer since it was the thing the kids did in Spain. I thought my first career would be a world-famous soccer player. But my interests began to change. By my freshman year in high school, I actually started making beats and creating music. I was living in San Antonio at the time but ended up moving up to St. Louis after my sophomore year to live with my pops. My dad had a full music studio set up at his house and I learned how to record artists and not just make beats.

There, I met a talented artist named Thumbz Up. Over the next few years, we made tons of music and wanted to take it to the next level. We moved to Atlanta GA because we needed to be to make it in the music scene. In Atlanta, I went to the School of Audio Engineering (SAE) which opened my eyes to opportunities in the industry. This school helped me meet all the people I currently know to this day and opened the door to an internship at a Big Studio in Atlanta.

Two things that changed my path forever! One was my sound to picture projects in school and second, my sister let me borrow her Canon T3i when she was going off to college. I started not only making beats for my boy Thumbz up, but recording and mixing his songs, and taking his pictures for social media. I even tried shooting two videos for him. Not knowing anything about videos I soon realized how hard it was to make your videos look like the ones I would see on TV. So I stuck to making beats and taking pictures. Then I moved to California and that’s when everything got Real…….

We’re always bombarded by how great it is to pursue your passion, etc – but we’ve spoken with enough people to know that it’s not always easy. Overall, would you say things have been easy for you?
I believe when chasing your dream, things won’t be relatively smooth for a long time. That’s what makes it so hard and why many people stop trying. It took living in Los Angeles twice for things to really start working for me. When I first moved here from Atlanta, I wasn’t in the LA mindset and I was not super focused on one thing, but just the big picture which was making it in the industry. Since I was all over the place, trying to engineer, make beats, shoot pictures, and hang out with my peers and learn this new vast city, things weren’t going how I planned in my head.

People in Los Angeles are very serious about their craft, their talents, and their businesses. Some of the best in the world are here, from models, actors, artists and tech gurus. If you are not focused on one thing and really good at it, this city will eat you alive. That means you won’t make a living without focus and talent.

So as things got financially harder and I wasn’t moving in the direction I wanted I moved to Las Vegas with some high school buddies. I needed to take a step back, evaluate my goals, but stay close to the L.A. market. In Vegas, I focused on one skill set and really developed my talent. I realized that I was not a musician, but just a beatmaker. The musicians I have met, have been playing instruments since they were kids in church. That’s why they were so good at making music.

I realized I was really talented with my camera since I have traveled often, and loved snapping pictures of thousands of people and places along the way. As an artist, the pictures seemed quiet and I had spent time and money on audio engineering schooling for me not to be making music. Music is loud and expressive and pictures are silent. Film is the best of all my skills because it merges sound design, composition, and framing.

I could see how to blend everything I learned into one thing. With my passion for story-telling, videos and film have become the best thing that happened to me! Today, I shoot content for models, small businesses and produce music videos for my peers in the music industry. I still do photo-shoots but more by special request from the models or artists that I know. It has opened the door to building relationships with many cool and inspiring people.

Please tell us more about your work, what you are currently focused on and most proud of.
I feel it’s treating everyone as you would like to be treated, doing a really good job and being very detailed oriented. My mother was a military mom who taught me it was important to do your best at everything like cleaning and homework. Everything had to be done well– no errors, no mistakes and definitely no excuses for not doing your best. She instilled in me a strong work ethic.

I want everyone to be happy during a project and to have a good time doing it. I like to learn about the client and get to know them so we can produce the best content possible. Videos are visual art! I feel, the more I know about the person, the better the story I can create around them or their products or brand. I believe it is important to take each project to the next level and never stop learning about your craft.

I look most proud about moving back to Los Angeles knowing that I was focused on one thing–storytelling through filmmaking. Since returning, things have been amazing. I’ve had the privilege to work with many talented models, artists and musicians and their brands.

What were you like growing up?
Growing up I was always on the go! I moved a lot and always was the new kid in school. I was very outgoing and loved meeting people and seeing new things. Making friends was second nature, as well I was very creative and would enjoy taking apart all my toys and electronics around the house. I even remember opening a tube TV and running an on and off switch I cut off my broken lava lamp to connect to my radio’s speakers using the copper wires and speaker from the TV to make a homemade surround sound setup. I love making something out of nothing and experimenting with new things, I played soccer as a kid and loved music and movies. 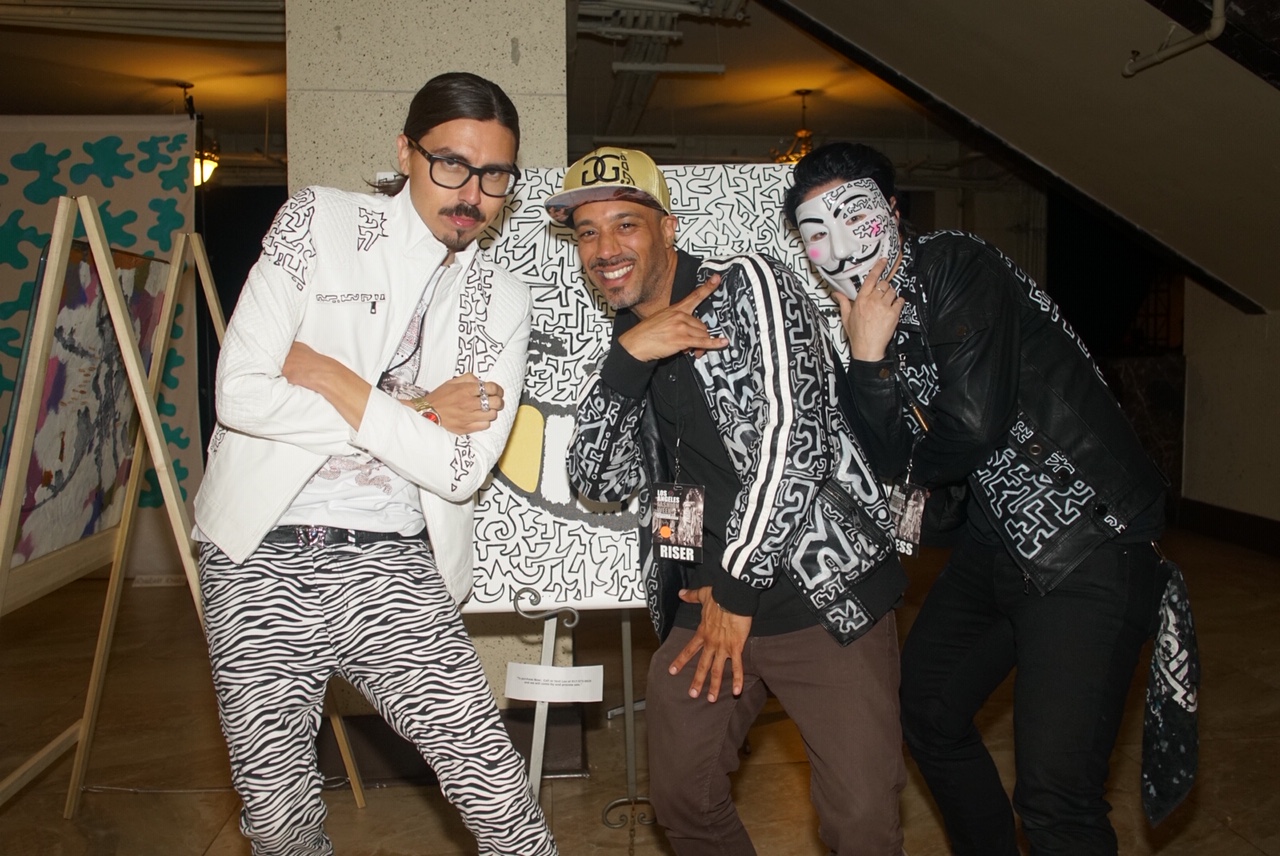 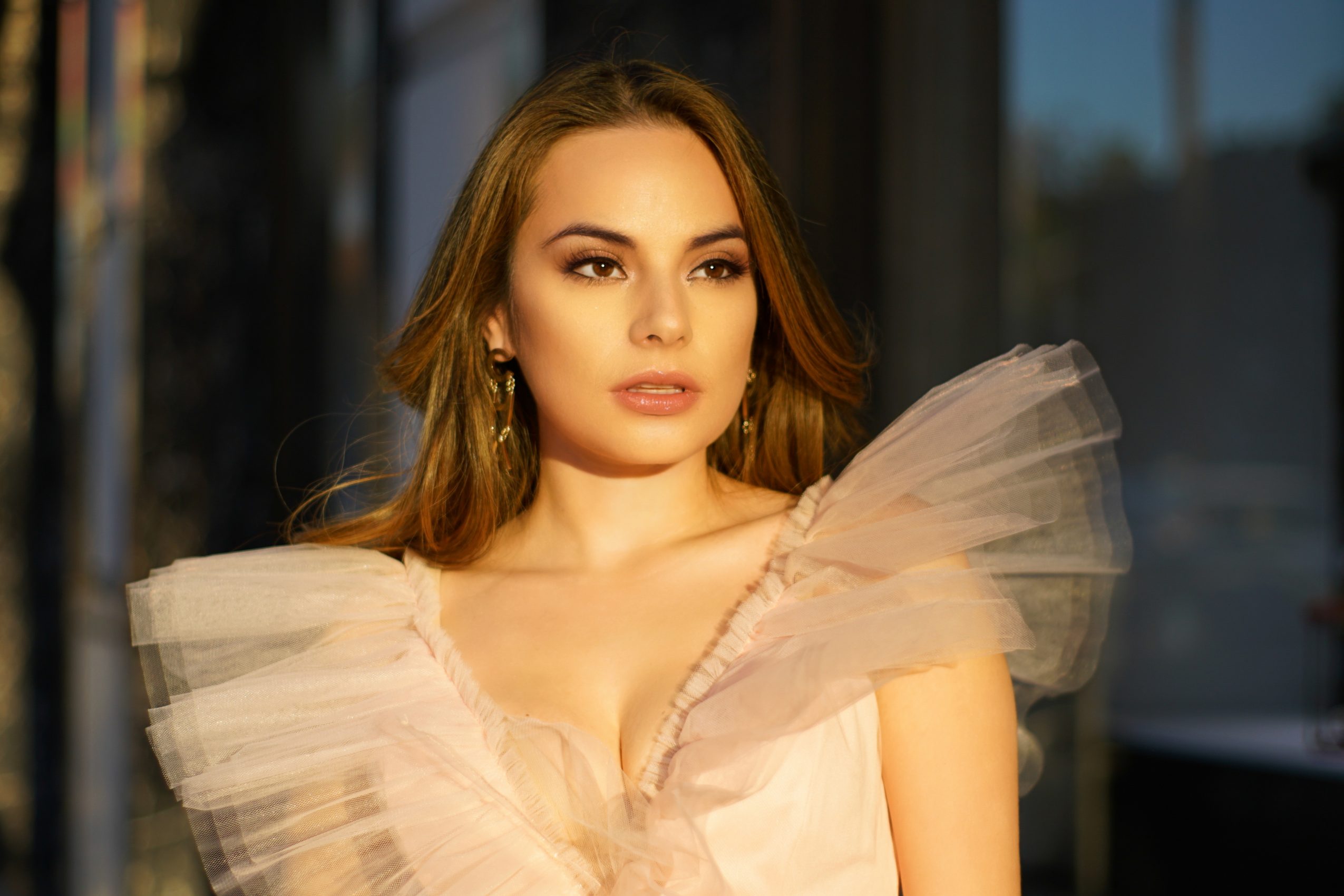 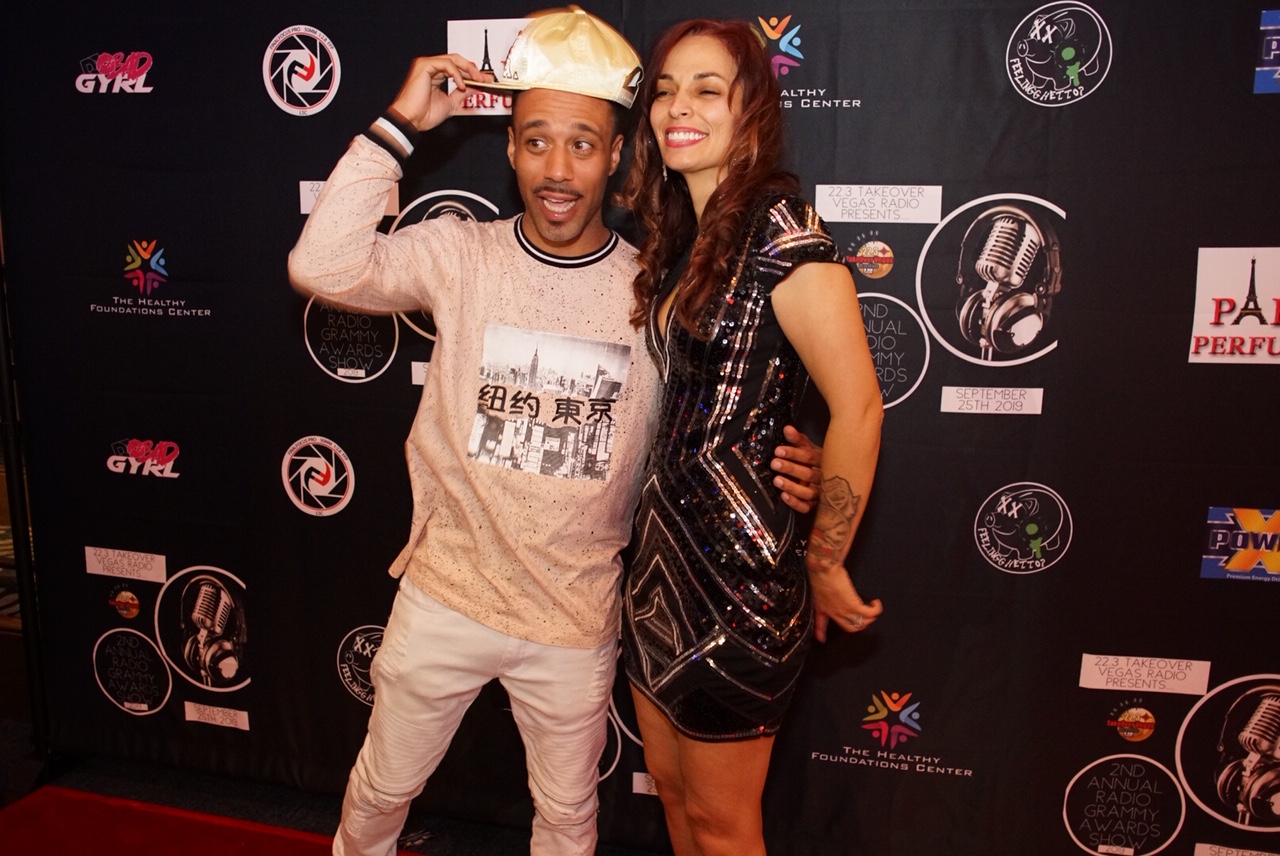 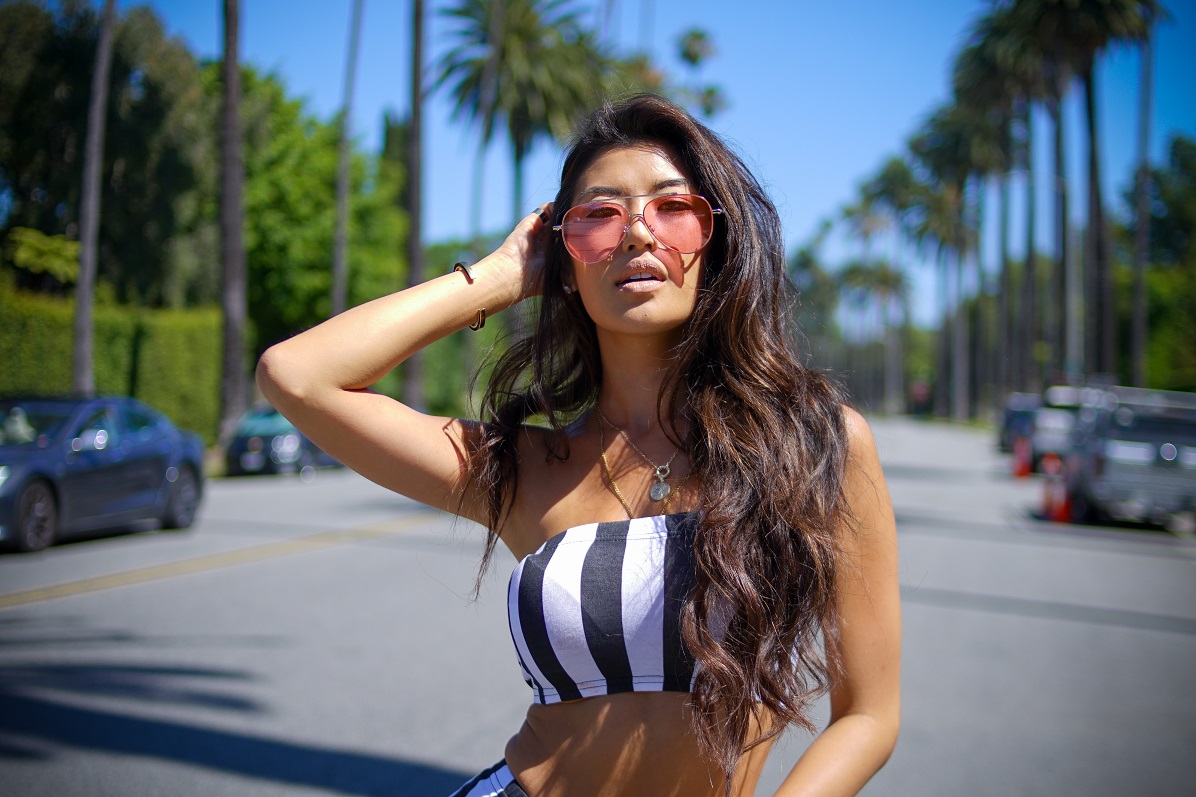 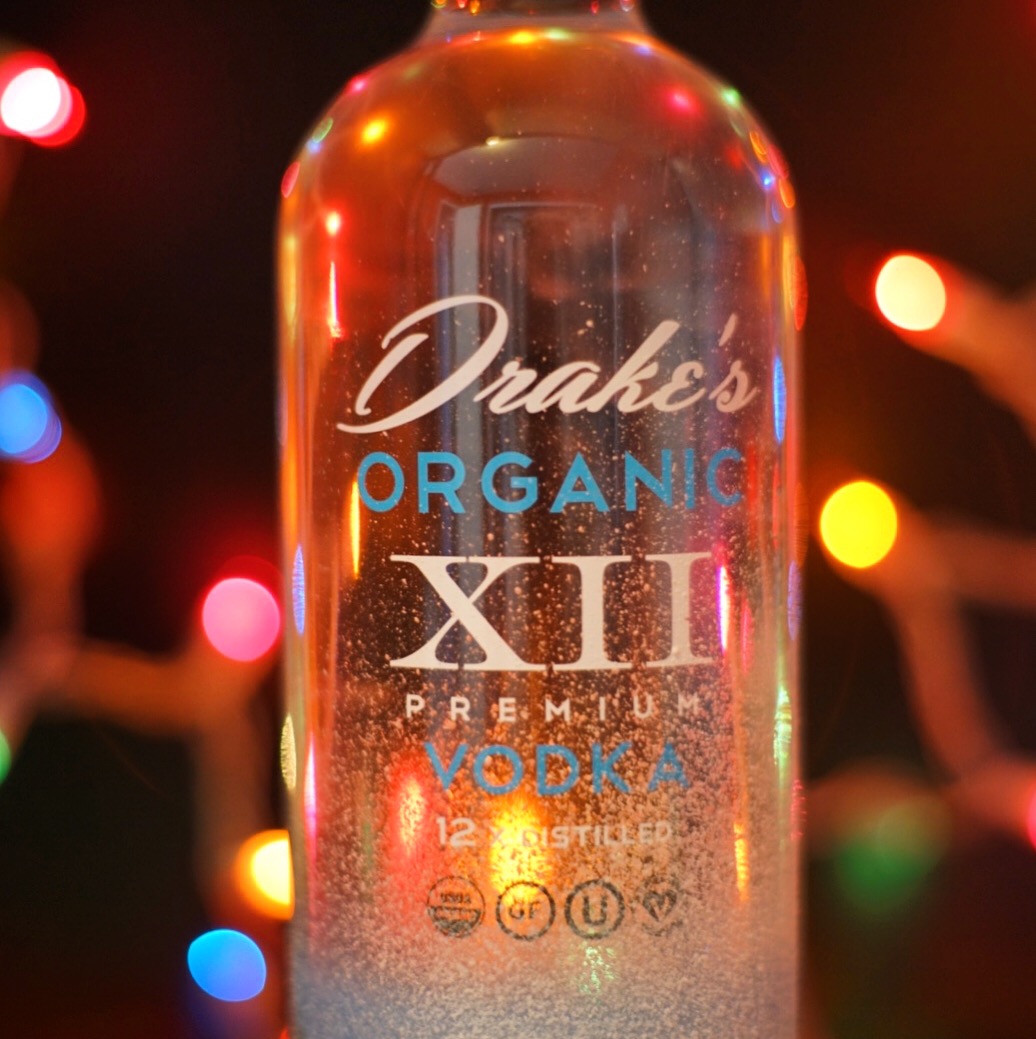 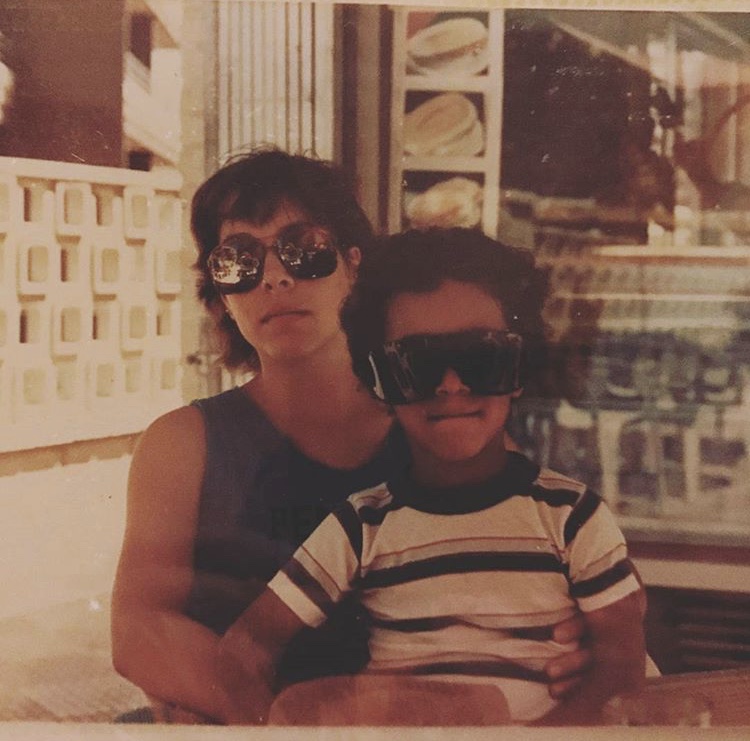 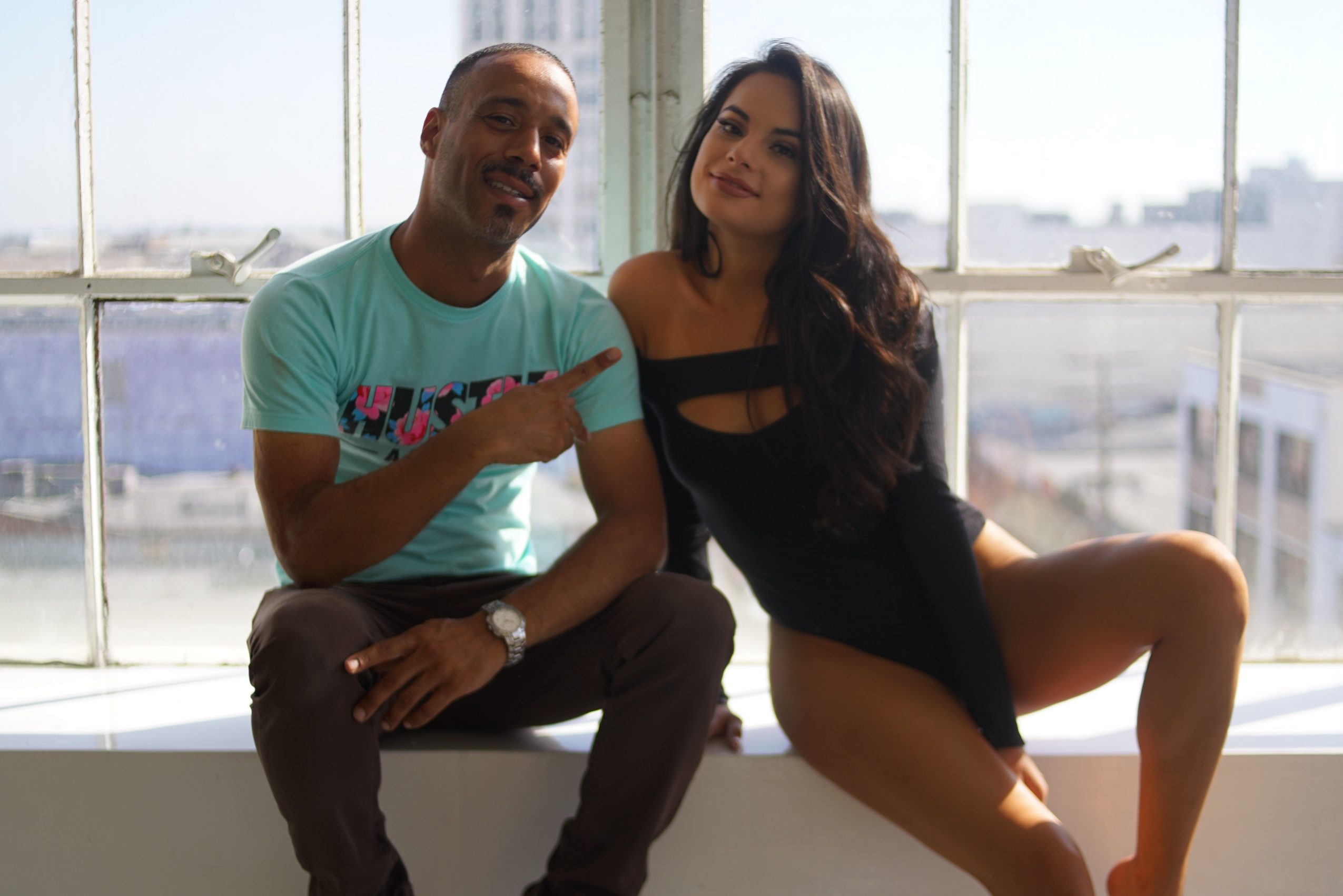 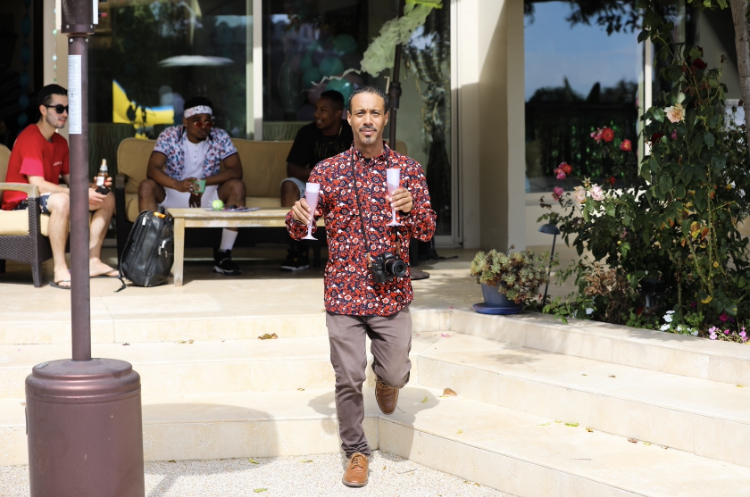