Meet Lucie, Hansuke and Symbiote of Bridge Over Tokyo 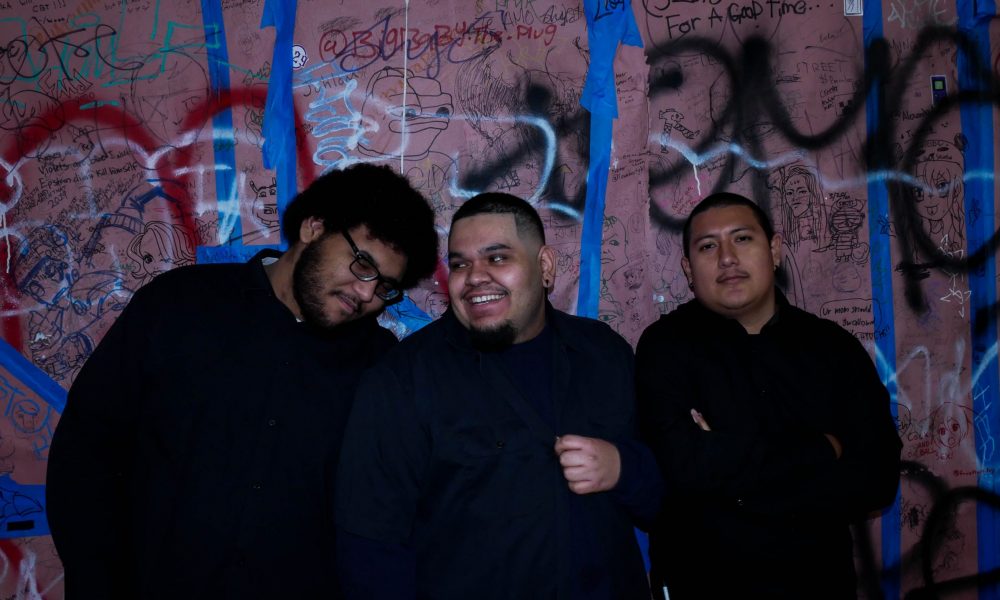 Today we’d like to introduce you to Lucie, Hansuke and Symbiote.

Please kick things off for us with some of the backstory.  How did this all start?
It all started with Lucie and Hansuke meeting up at elac, in the summer of 2017. Hansuke dad saw Lucie playing with another band called “Red Velvet Lines” in the courtyard and said” I have a kid who would be a great fit for you and what you are doing, are you willing to meet up tomorrow in the same spot?” Lucie agreed to do so and ended up meeting Hansuke the next day. That day was really really funny, I remember Hansuke dad coming to us and saying “here’s my boi, have fun!” And took off walking, We were a bit awkward at first, him, me and the others, we had no idea what to say or do, so we just jammed on our instruments, Hansuke ended up jamming on his too, slowly things were sparking as it felt like the whole wind around us was lifting us well we played, we resonated us and from there we kept playing in that other band… Sadly there were complications in that band. The same feeling that Lucie and Hansuke once resonated with each other was no longer there, everything just felt so empty or dead. Don’t get us wrong, we had awesome moments with the people and journey we had but each day felt like it was us burying the hole deeper and deeper each time.

Music wasn’t the same since we weren’t able to really create outside of the box. It felt stale and emotionally empty, at a certain part Lucie and Hansuke were losing the energy of playing music altogether. They spent two to three years in that band. A huge reason why the broke out of that was because Lucie once asked Hansuke if he wanted to come over the summer and sleepover and just play video games. That summer Hansuke came and found out Lucie side music projects “para rosa” he heard what he made and was surprised why we didn’t do that for “red velvet lines” Lucie simply told him that he tired but either it was pushed to the side or deconstructed to the point where the song no longer felt enjoyable to play, it was conflicting ideas with the other musicians. That summer Hansuke and Lucy didn’t really play video games but instead started working on music for “para rosa” which later started to be known as “bridge over Tokyo”.

That feeling we once lost was now found and slowly everything started coming together but never released anything that time. They still had hope for “red velvet lines” would change. It changed but not drastically and it wasn’t enough for us to stay there. We felt like we were going nowhere, like a dead end. In the spring of 2019, Hansuke and Lucie were going through so much stuff with there personal life that it affected the band too, Lucie”I remember spending most of my springtime going to work or going to Chris’s house and spending nights, weeks, or a month, avoiding home because of my problems. I hated everything and was struggling financially, I was ashamed to show my face, I thought to myself if I could find a job while I’m still at HansuKe I don’t have to really worry about anything else when I finally decided to go show my face because I already have money to support myself.” I OWE SO MUCH TO HANSUKE FAMILY AND HIM!! The time Lucie spent at Hansuke house, they jammed and made music, didn’t see it as anything special though. But in the matter of days, not years but days Hansuke and Lucie made 4-5 songs that were just simply just good, if not better than what they already made in red velvet lines.

At that moment, they made a promise to let this band flourish and do something beautiful and never push this to the side. Eventually, they ended up leaving red velvet lines to pursue into para Rosa that would eventually changed into Bridge Over Tokyo in march 2019. the band started off with just two people and just decided to just stay as two people until we realized it’s a lot more creative with others. Hansuke brought up a few candidates to play with us but only one was willing to go the distance, Symbiote was a long old friend of Hansuke since highschool freshman year if 2014. Symbiote pretty down to earth with his skills of playing guitar, and the just formed like that.

We’re always bombarded by how great it is to pursue your passion, etc – but we’ve spoken with enough people to know that it’s not always easy. Overall, would you say things have been easy for you?
So far, it’s been a rush and yet it had its moment of calmness. Each show always provides us with opportunity to meet and do business with people hosting new shows or artist looking to jam. The only real struggle we have so far is financially.

We’d love to hear more about your work and what you are currently focused on. What else should we know?
We are musician creating a scene in our barrio. We see that most of that back yard shows are dominated by thrash and others rock bands, we decided group up with artist like dirtyxvibez and others. Weyes from 40’z mob and bring rap into those events and hopefully to see more like that there too. Our sound is what we’re are most proud of. It is a collage of sounds like Midwest pop-punk and poetry slam, 90 alternative rock and new metal. Symbiote: My sound to summarize it, is just crossover (mix of thrash metal and punk) with a splash of modern indie and alternative rock.

What is “success” or “successful” for you?
When I am able to pay for this damn McDonald’s with my career. (Jokes aside) we honestly feel like our criteria will be fulfilled it once we actually make it to Tokyo and play over there our goal is in the band’s names, it what we want, we wanna travel with our sound. We want people to know our name, our markers are very simple to see since it’s clear to us what we must to reach them… just keep playing and harnessing our craft, and playing shows. 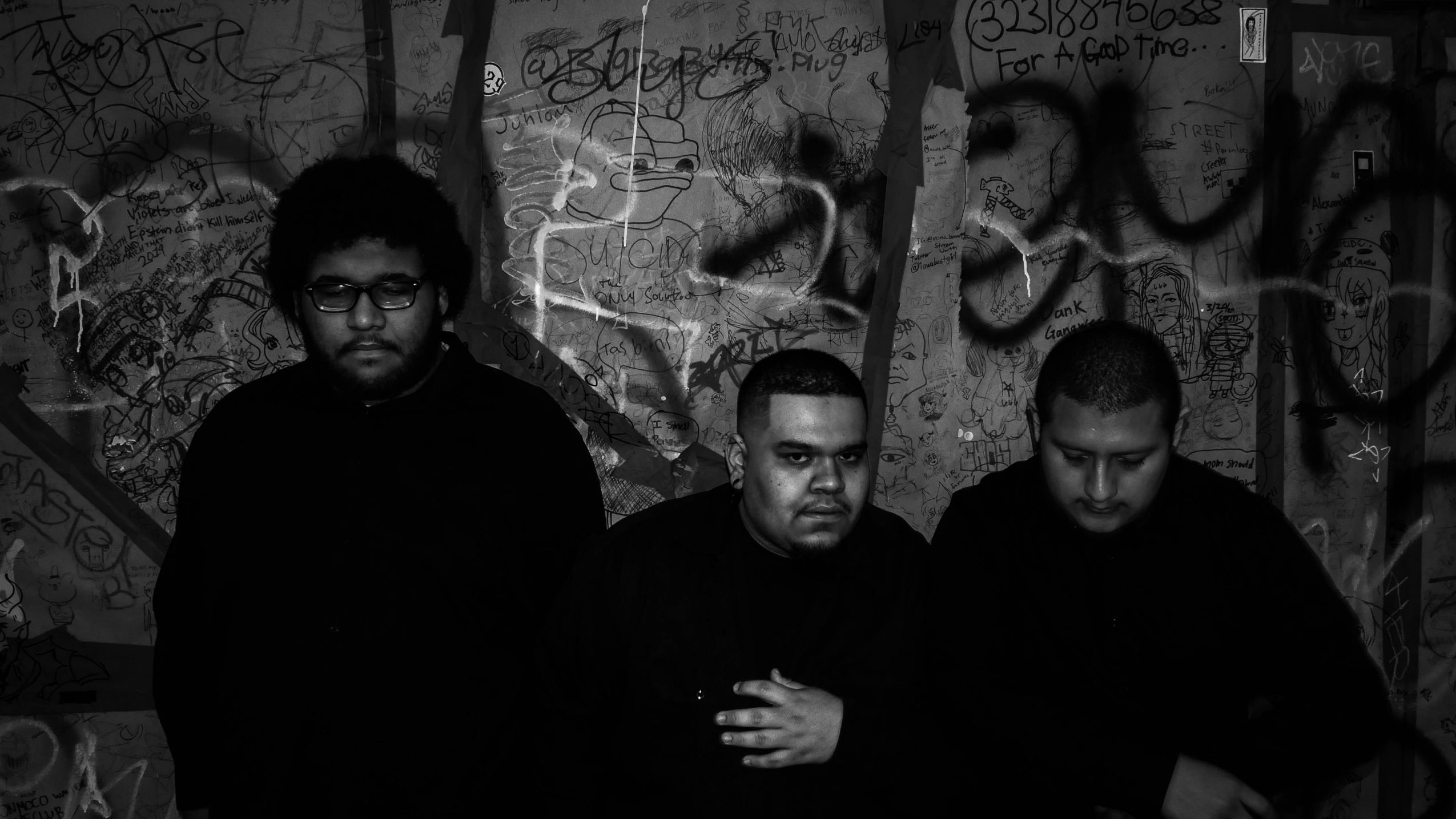 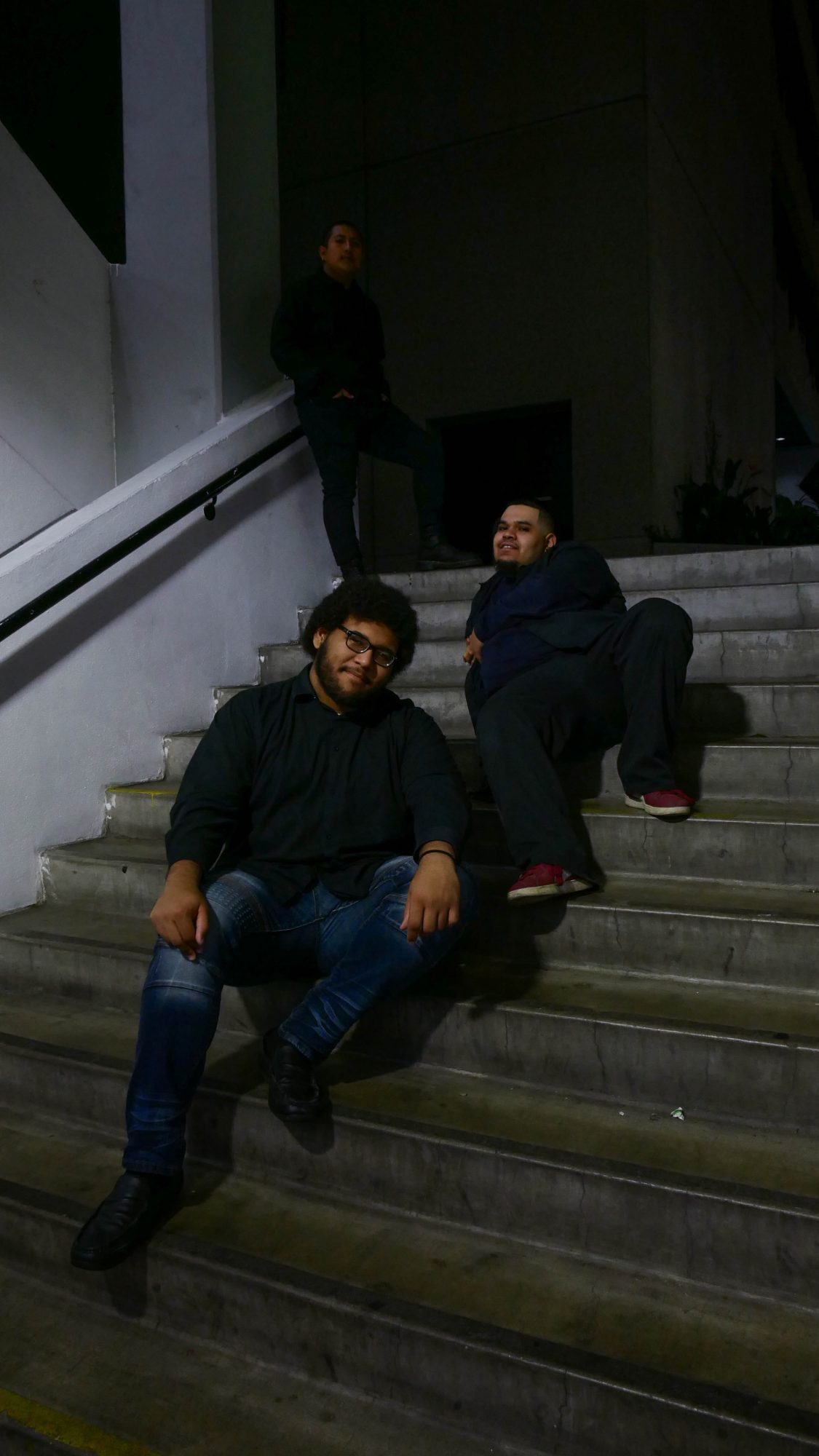 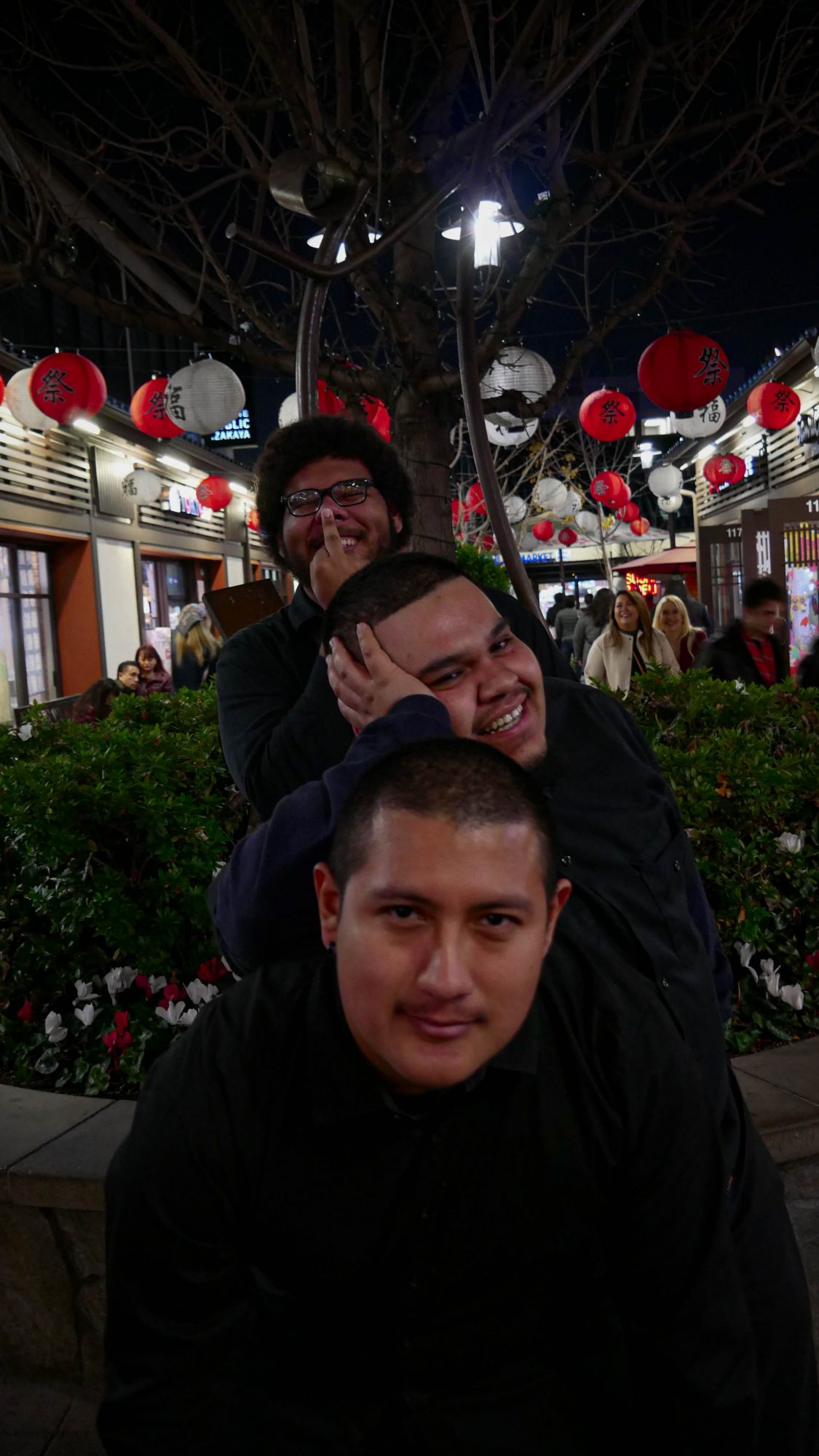 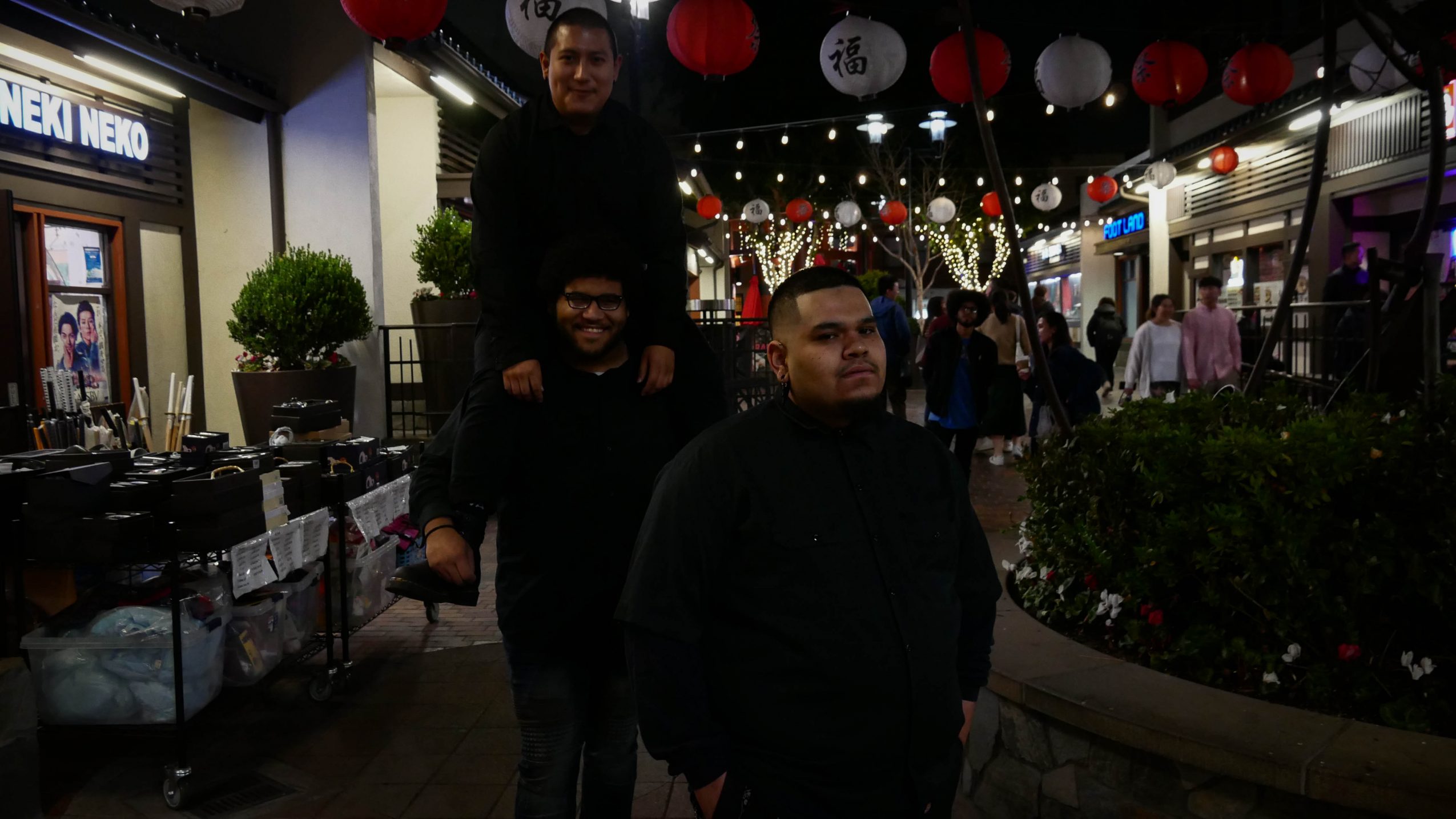 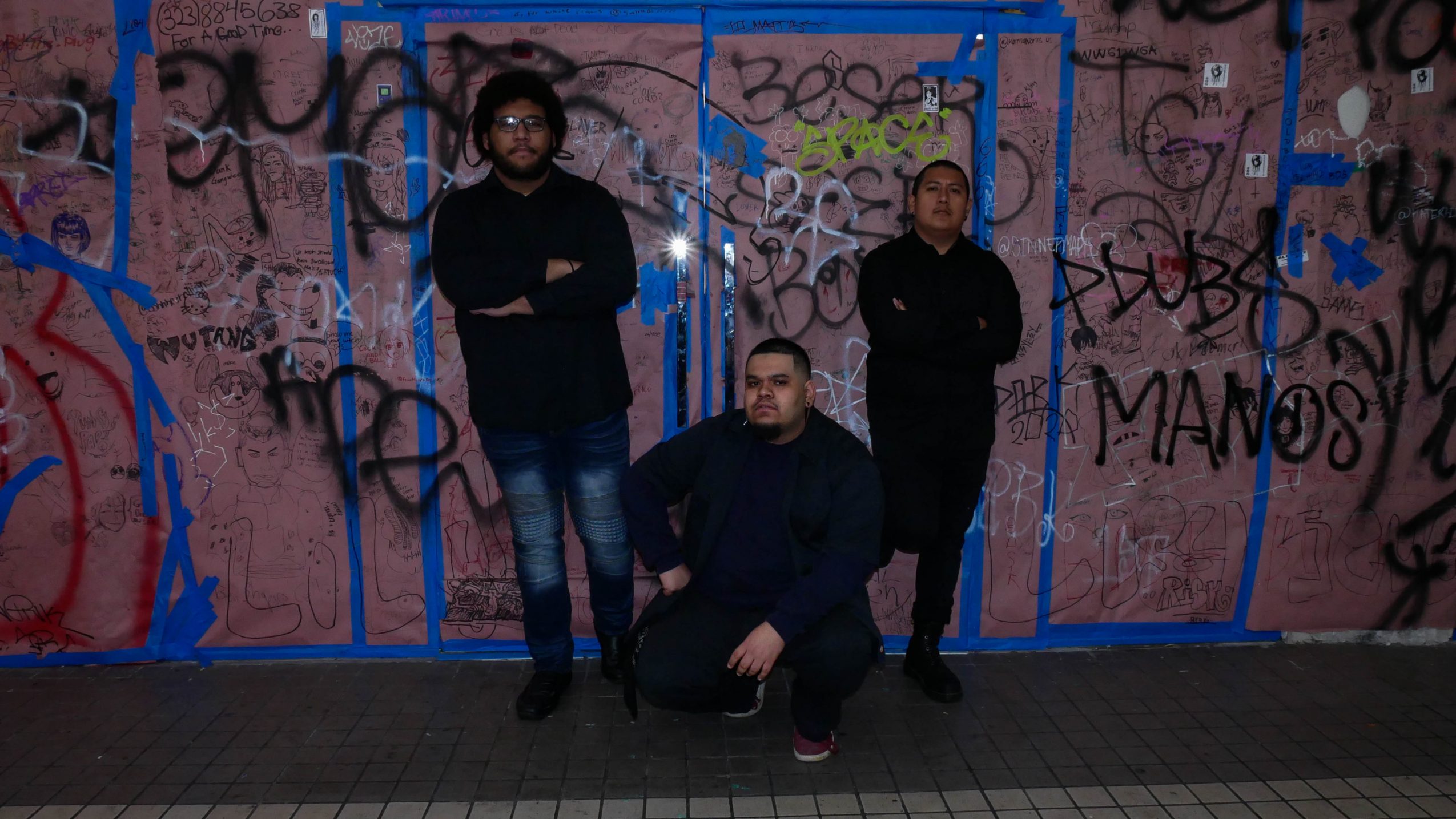