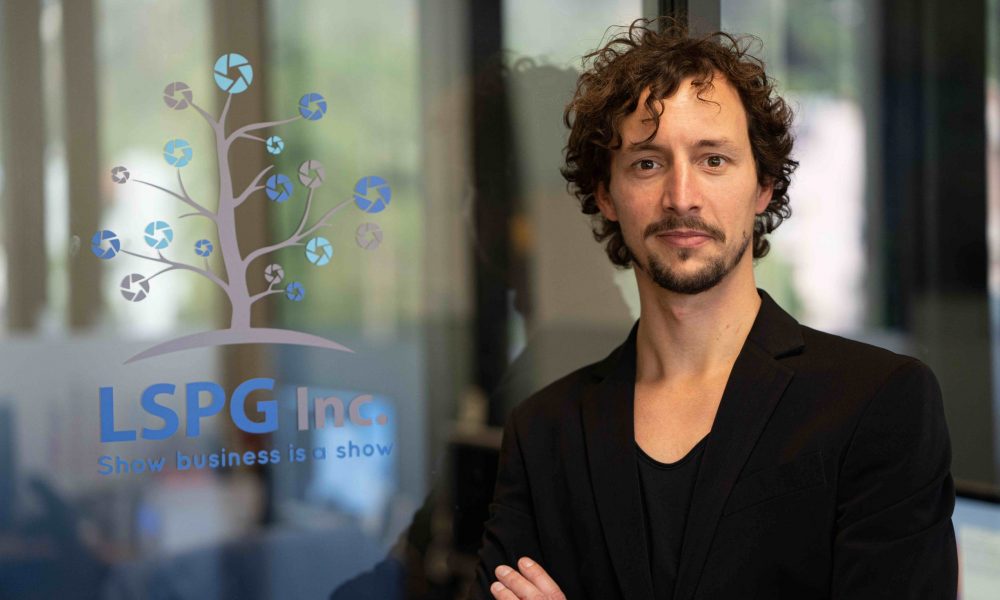 Today we’d like to introduce you to Luca Severi.

Thanks for sharing your story with us Luca. So, let’s start at the beginning and we can move on from there.
I was born in a little town in the north of Italy, Castelfranco Veneto, 30 minutes far from Venice. After high school, I moved to Milan to study communication at the University without an exact idea of what I wanted to become. As many students, I was looking for a part-time job to earn some money to support my studies and the first I found was to be an assistant to a television director who was managing some live broadcast shows for SKY Italy and wanted some help. I immediately fell in love with that environment and, in general, with the entertainment industry. I think always felt interested in that but probably I did not realize it until that moment. Looking back, there were several times when I was playing with my family camcorder, filming things and creating very basic analogical editing but I never thought that could become my job.

After the first tv gigs, I learned to operate the camera, consequently the mayor editing systems to finally be able to create my own contents. Those because the first documentaries I assembled (I wouldn’t say really “direct”) and that lead me to increase my connections in the show business world of the city. In Milan, a lot of it has to deal with the fashion industry, so I worked for a photo studio where I was filming behind the scenes of important film sets and I started to collaborate with a press agency as a documentarian. That was the company that sent me to L.A. where I settled since 2008. After a fortunate meeting with Dino De Laurentiis, I was sent to Cinecitta’ for my first gigs in the actual film industry where I kept working still as a behind the scenes director on some of the major blockbusters of the following year and I opened my own production company. Me and my team worked on three feature projects so far, entirely produced by our company, LSPG, and we are now focusing on the next ones.

Great, so let’s dig a little deeper into the story – has it been an easy path overall and if not, what were the challenges you’ve had to overcome?
Moving to a new country is always a challenge. Compared to many other foreigners who come to the US, I think I was very fortunate coming here already with a job, something to do and some immediate connections. But clearly, it hasn’t been all straight from the beginning. Being a film director is never easy and break into the industry in a foreign country is a big step. Managing a company is also really challenging and considering that at the moment we have offices, one in L.A. and one in Rome (Italy) it’s even more complicated. Even just to be able to sustain yourself in such a competitive environment as L.A. it’s hard sometime. But I honestly never thought to give up for any reason. For those who do my job, passion for what you do it the key and if the passion is there, there’s really no way to hide from it and turn to a different direction.

LSPG – what should we know? What do you do best? What sets you apart from the competition?
LSPG (Luca Severi Production Group) is, as it says in its name, a group of entities.

At the moment, we have four divisions:
– the Production division that develops and produces films and documentaries. This division made three feature projects so far: “The two revolutions”, “Calypso” and “That Click” all directed by me;

– L.A. Video Service, which is our service division that focuses on the creation of tv contents (such as news, live broadcast, events etc.) and also production service, supporting other companies with their own project in town. This department worked on commercials for Pirelli or Dolce and Gabbana, among others, or Tiziano Ferro’s music video or other projects with Giorgio Moroder for Four Seasons hotel and others;

– Backstage.Film that focuses on the creation of behind the scenes, EPK and junkets of major international film productions. This third division worked on many films such as “All the Money in the World”, by Ridley Scott, “Fatima” by Marco Pontecorvo or “Dampyr” recently shot in Romanial;

– DCP for All, that makes DCP at an affordable costs, mostly for indie filmmakers. This is a purely technical division of our company and we aim to support the indie community to screen their film at an appropriate costs. We worked with the Outfest Film Fest or the Golden State Film Festivla in L.A. and others.

I think what we do best is how we handle a studio structure with a totally independent vibe. We like to call ourselves using the oxymoron “an independent studio” to identify our indie background encapsulated into a studio workflow, where every step of the production is created internally in our company.

I say “we” because LSPG is not only me, clearly, but a group of people who believe in my vision and who are willing to support it, first of all, but also who saw a different approach on doing things inside the company and is ready to throw himself in to do filmmaking in a different way.

To be able to have many different people involved in this project I think it’s already one of my greatest achievements.

What moment in your career do you look back most fondly on?
“That Click” is our latest project, a feature documentary about the legendary photography of Douglas Kirkland and we were lucky enough to get involved a really big cast: Nicole Kidman, Sharon Stone, Elle Fanning, Michelle Williams, Baz Luhrmann, Luca Guadagnino, Paris Hilton, Roberto Bolle, Herbie Hancock and others are all in it. We had our world premiere at the last Festa del cinema di Roma (Rome Film Festival) in October 2019 and right after the US Premiere at the Santa Barbara Film Festival 2020: those certainly have been some of my greatest satisfactions until now. 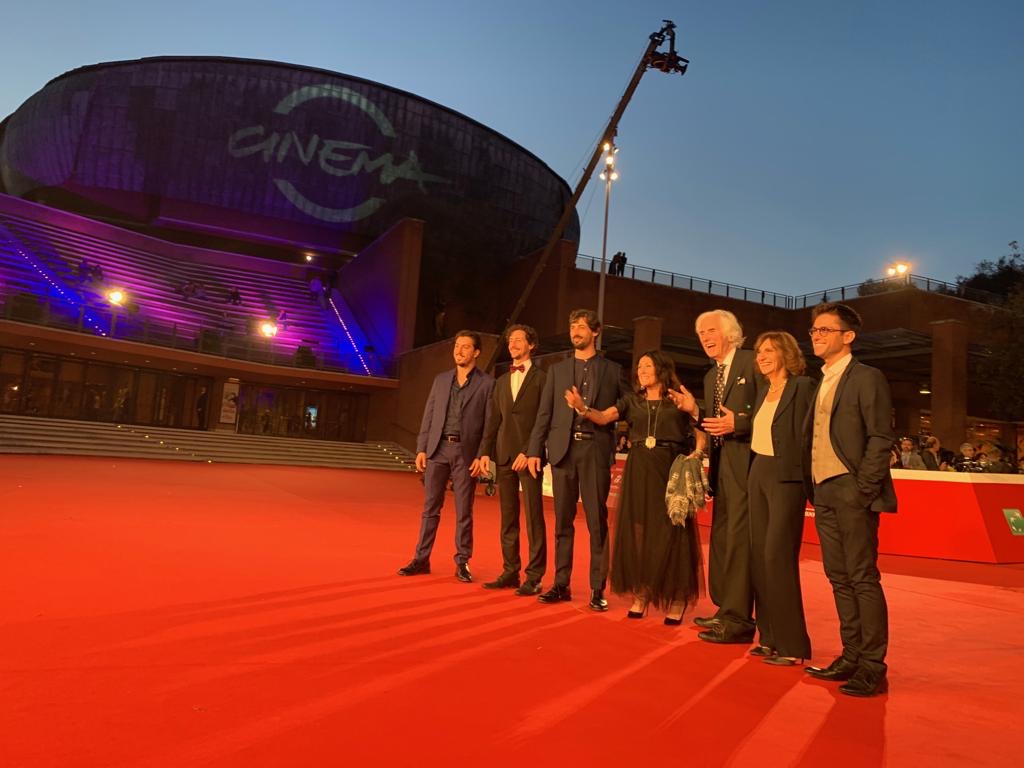 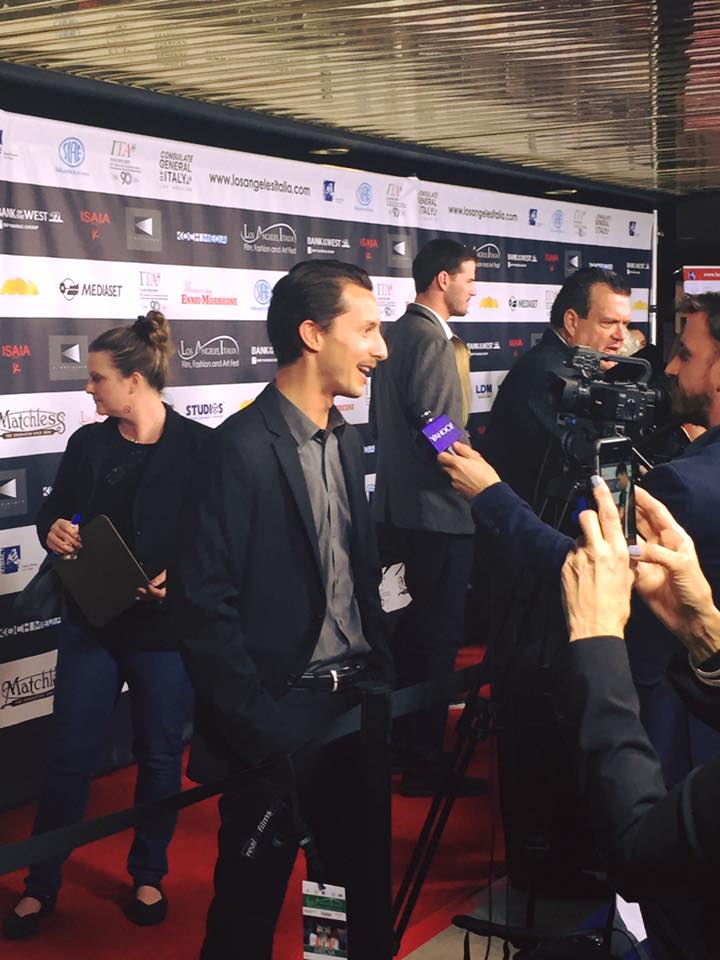 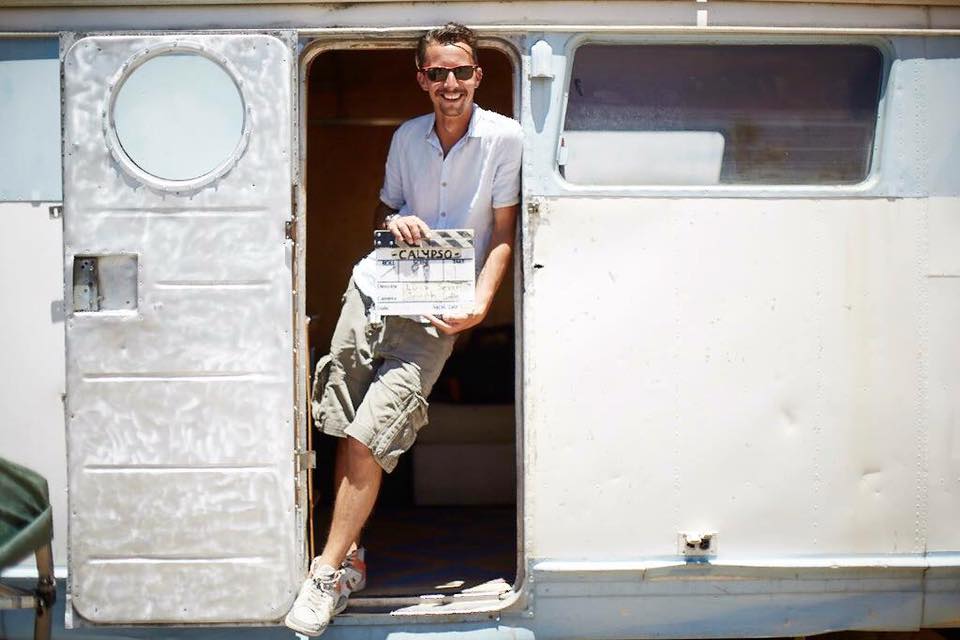 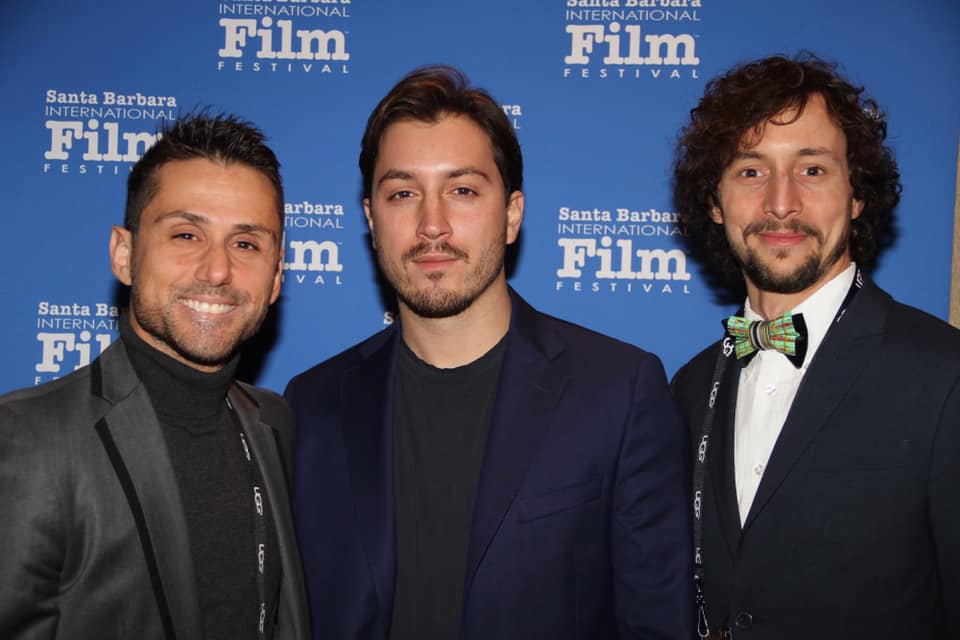 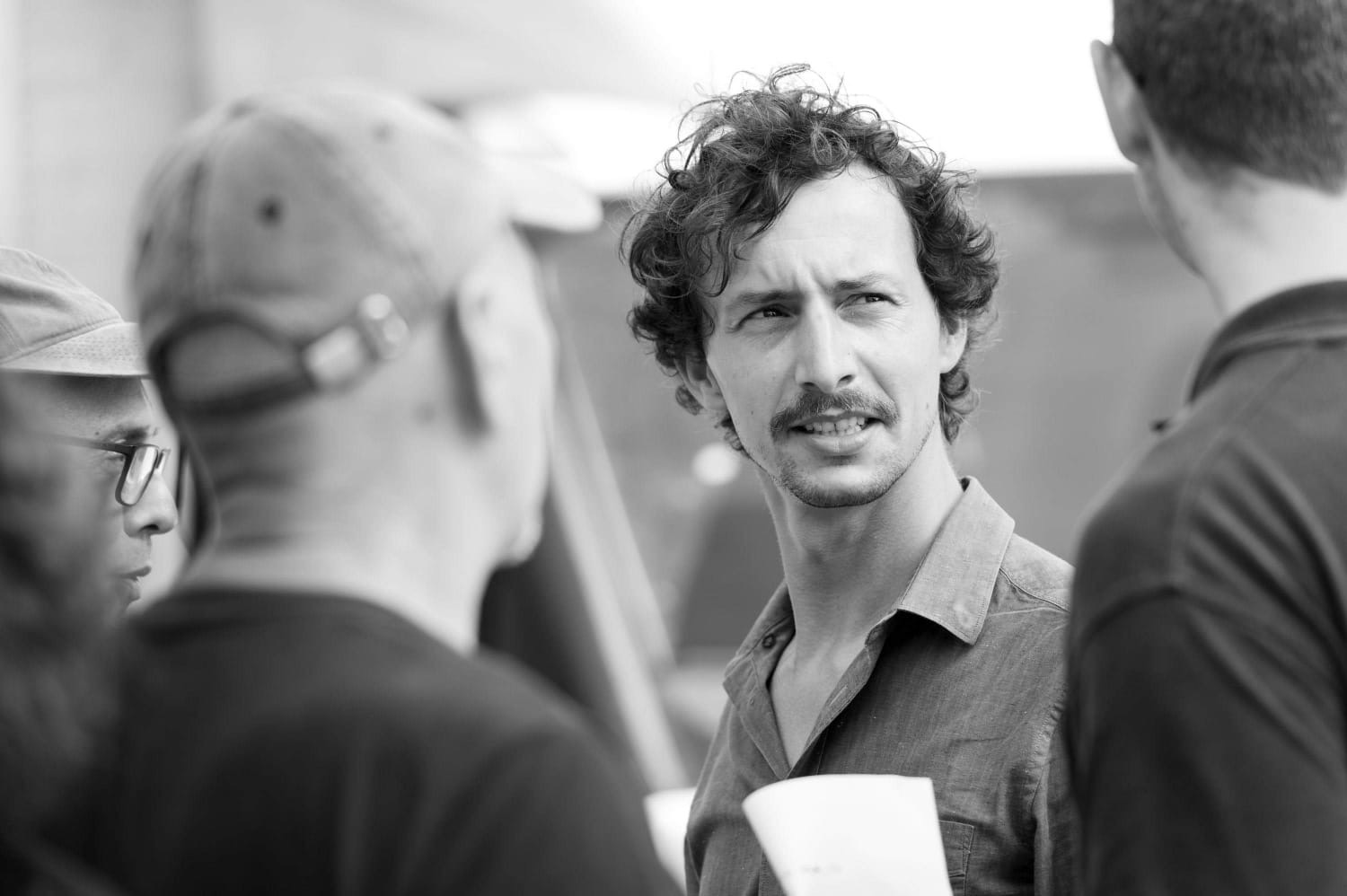 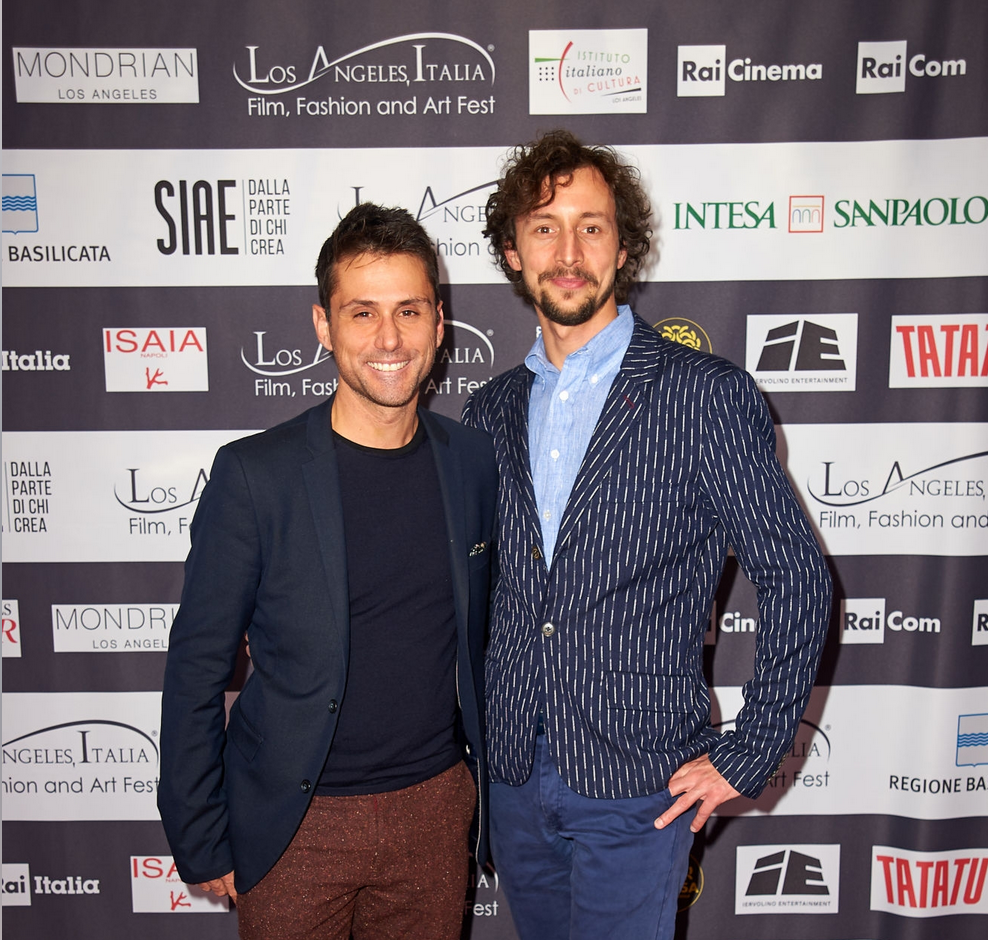