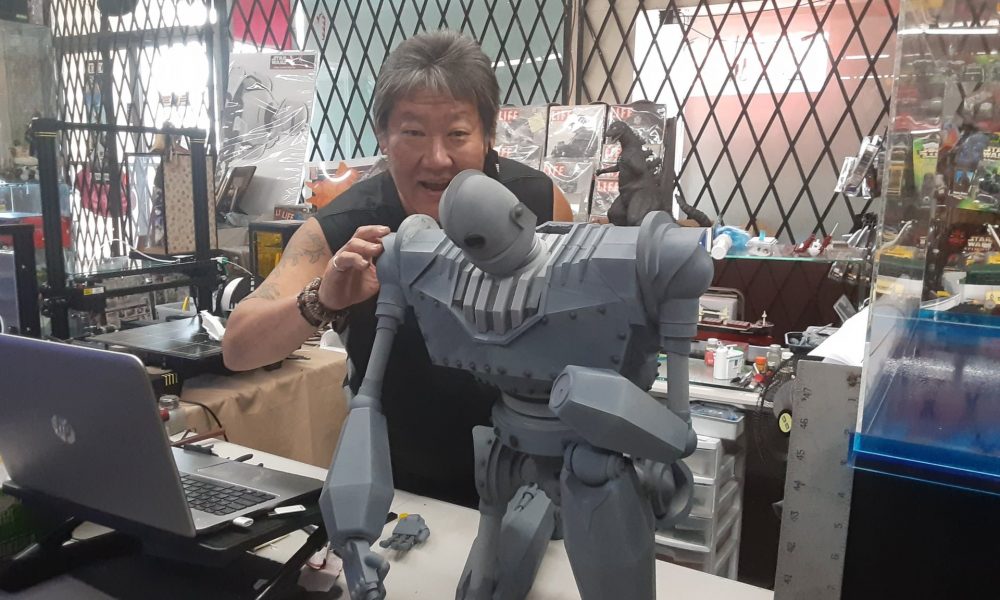 Today we’d like to introduce you to Louis Lee.

Hi Louis, can you start by introducing yourself? We’d love to learn more about how you got to where you are today?
As a kid, I always enjoyed the hobby of model building. I started at the age of seven years old. I’m now 63 so that’s a long time of enjoying the world of model building in all its various forms. In 2002, I purchased a home in the South Bay, one day I decided I wanted to build a model kit, found one in Rancho Palos Verdes, 60 days later, I purchased the business. Over a period of eight years I found I ran out of space, eventually I found this location in downtown San Pedro, it is just under 10,000 sq. ft. and I find myself needing more space. Two years ago “Channel 5 KTLA” contacted us, they wanted to possibly run a four segment airing on J.D. Hobbys, hosted by Ms. Gayle Anderson “live”. The response was overwhelming, we received phone calls from far away as Texas and Chicago. We owe KTL:A a tremendous amount of thanks for their support.

It is ironic that so many retail hobby shops have closed their doors in the past five years. This is not due to lack of popularity but more so due to the fact the “internet” presence is so overwhelming. Without some effective “pivoting” we would also become another casualty. I decided I needed to offer what most other hobby shops did not, that was creating a “3-D Printing Workshop”. That was two years ago, we now have 3 Filament printers, 1 Resin printer, and a Vacuum Form Unit. The Los Angeles Fire Dept. approached us last year and requested us to build a “Fire Boat” that was originally built in the early 1920s, other than a fiberglass hull we created through 3-D printing the wheelhouse, equipment, and fixtures. It will be showcased in the official L.A.F.D. Museum in Hollywood Calif. The request for various parts generated by 3-D is busy to say the least.

Back in the 60s my favorite hobby shop was a place called “Kit Kraft” in Studio City. It had high ceilings and items you had to really search for, really cool stuff! They hung airplanes from the ceilings, they would display finished dioramas in glass cases etc. Last year I decided to visit Kit Kraft after some 35 years, as my wife and I looked around I realized we had created a retail shop that surpassed Kit Kraft! They had been around for over 50 years, as further testament to my concerns they too became the latest casualty…they shut their doors last month! I thank Kit Kraft for the memories and inspiration!

Would you say it’s been a smooth road, and if not what are some of the biggest challenges you’ve faced along the way?
Absolutely not. Back in 2007/8 during the financial crisis, we found ourselves with falling sales and deepening debt. We re-located to lesser rent location, laid off employees and offered repair/restoration/build up services. After some time, the business model became a success and the numbers reflected that. It is that ability to adjust to the times and to not become another casualty on the retail front.

Thanks – so what else should our readers know about J.D. Hobby Center?
Aside from being a retail hobby shop, we do pride ourselves in offering custom made “Diorama” scenes. Six years ago Director Ron Howard’s production staff approached us and inquired if we could build a 4’x8′ “Lake”, with only a 30 day window in which to complete it. I have enclosed pictures of the project, the director was so impressed by the final look that he decided to change the script so that the lake wasn’t totally destroyed as it was written in the original script. This was a very proud moment for myself and crew.

12 years ago inspired by concerned parents who complained that their kids had no interest in building a kit, it is all video games and texting. Thus became a T.V. reality show I entitled “History in a Box”. Where man meets history.

With the opening of a model kit (any kit) we enter the world of the history connected to the subject model kit. Example: The famous “Boeing B-17 Flying Fortress” kit is opened, we share with the viewers the countless tales of bravery and incredible testament to it’s durability to bring our pilots back home safely in Europe WWII. Back to the shop, we need to rush the B-17’s completion for a retired B-17 pilot who is about to turn 99 yrs. old. As a special gift from J.D. Hobby’s we take Capt. Philips on a flight in an actual B-17!

I encourage any of your readers who may be a script writer, director, or producer to contact me so that we can produce this show and countless other subject matters to a very thirsty audience!

What sort of changes are you expecting over the next 5-10 years?
In my opinion, the interest and demand for hobby products will always remain constant, the question is will any “brick/mortar” shops remain. In our world, people come in with statements “I remember this as a kid”, “I enjoy being able to pick up items versus looking at a computer screen”. It’s an environment that’s been created, no website can compete with that. With such a bleak business future ahead, no sensible businessman will consider opening a retail hobby store. 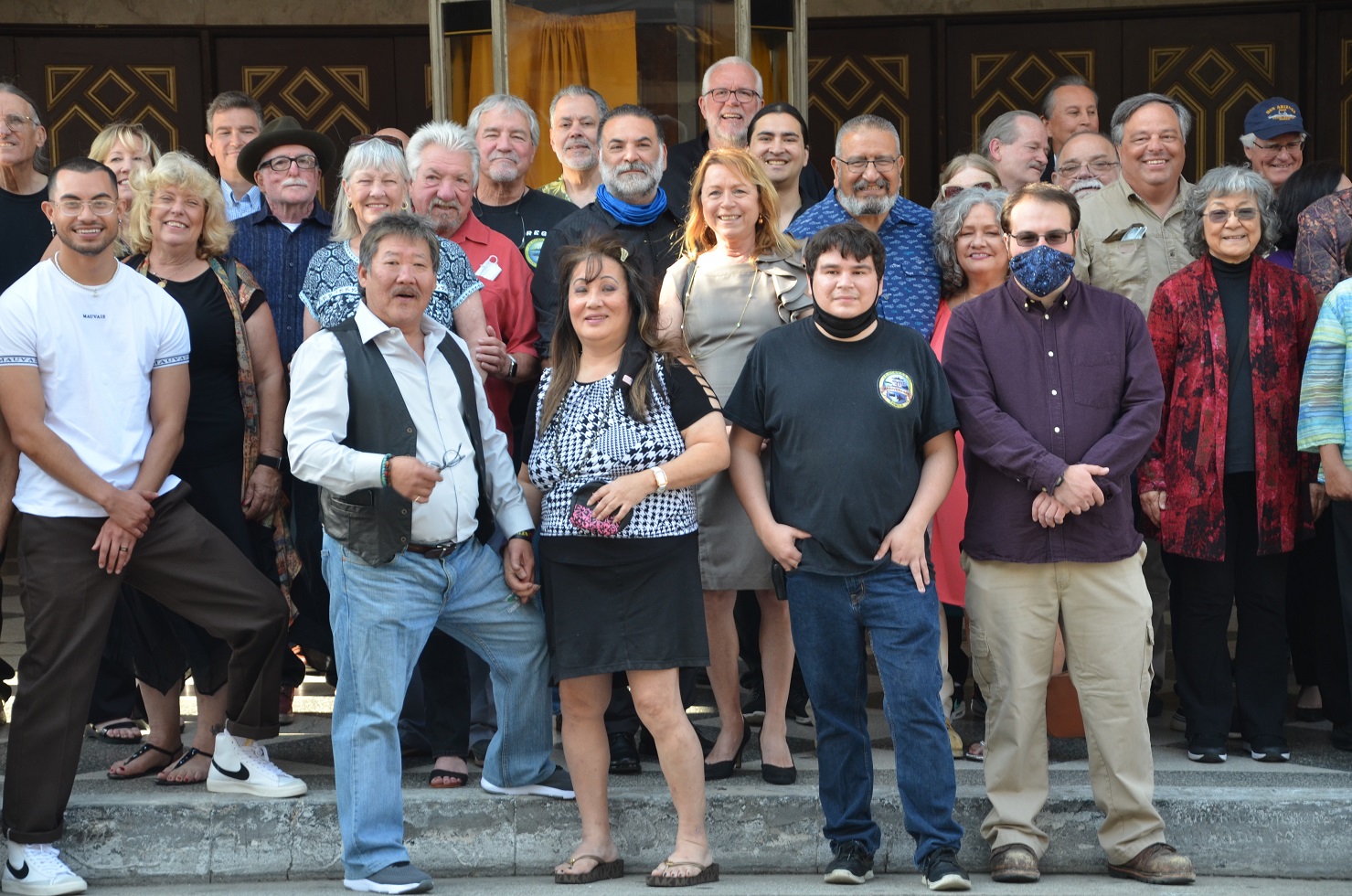 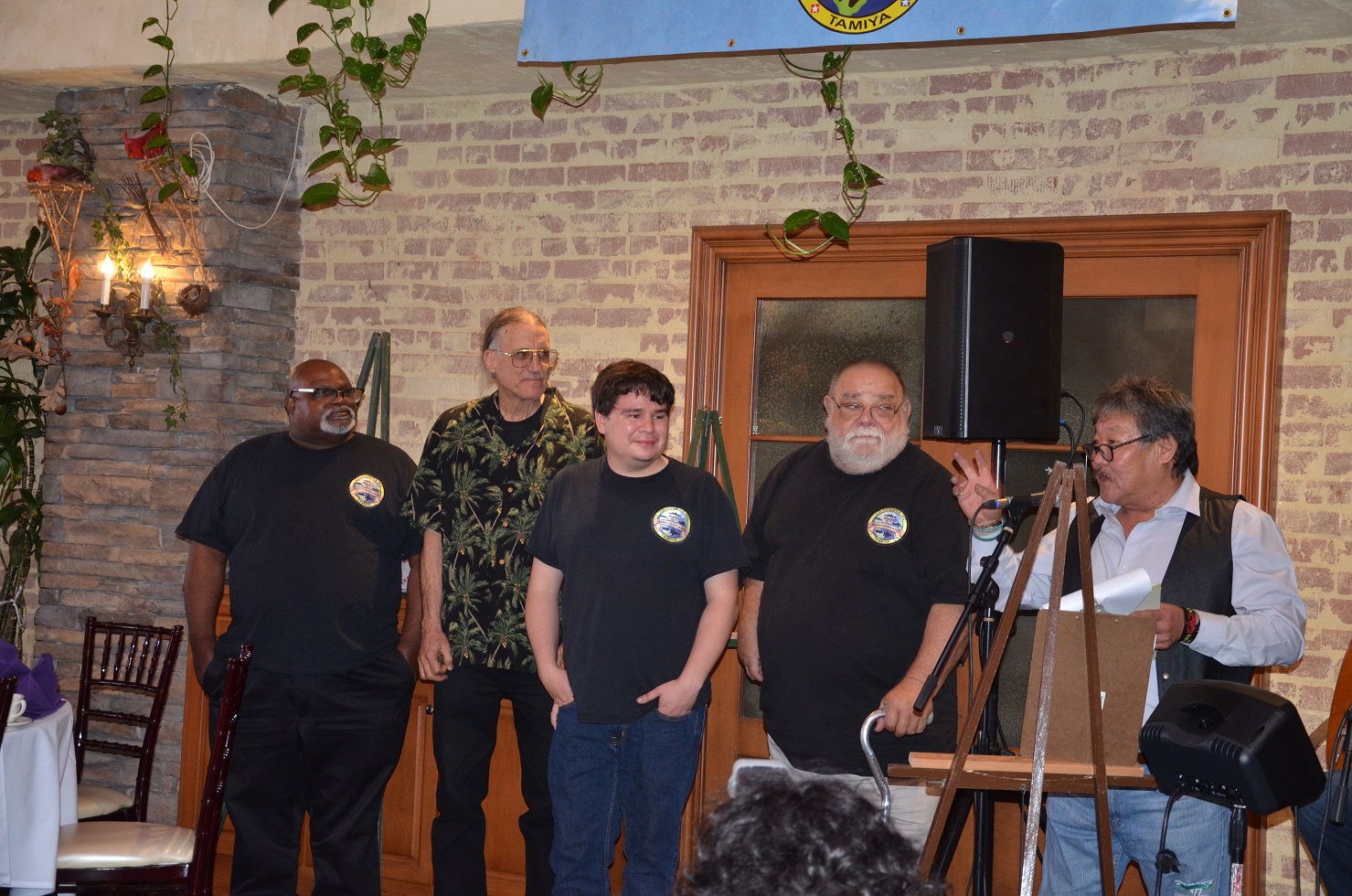 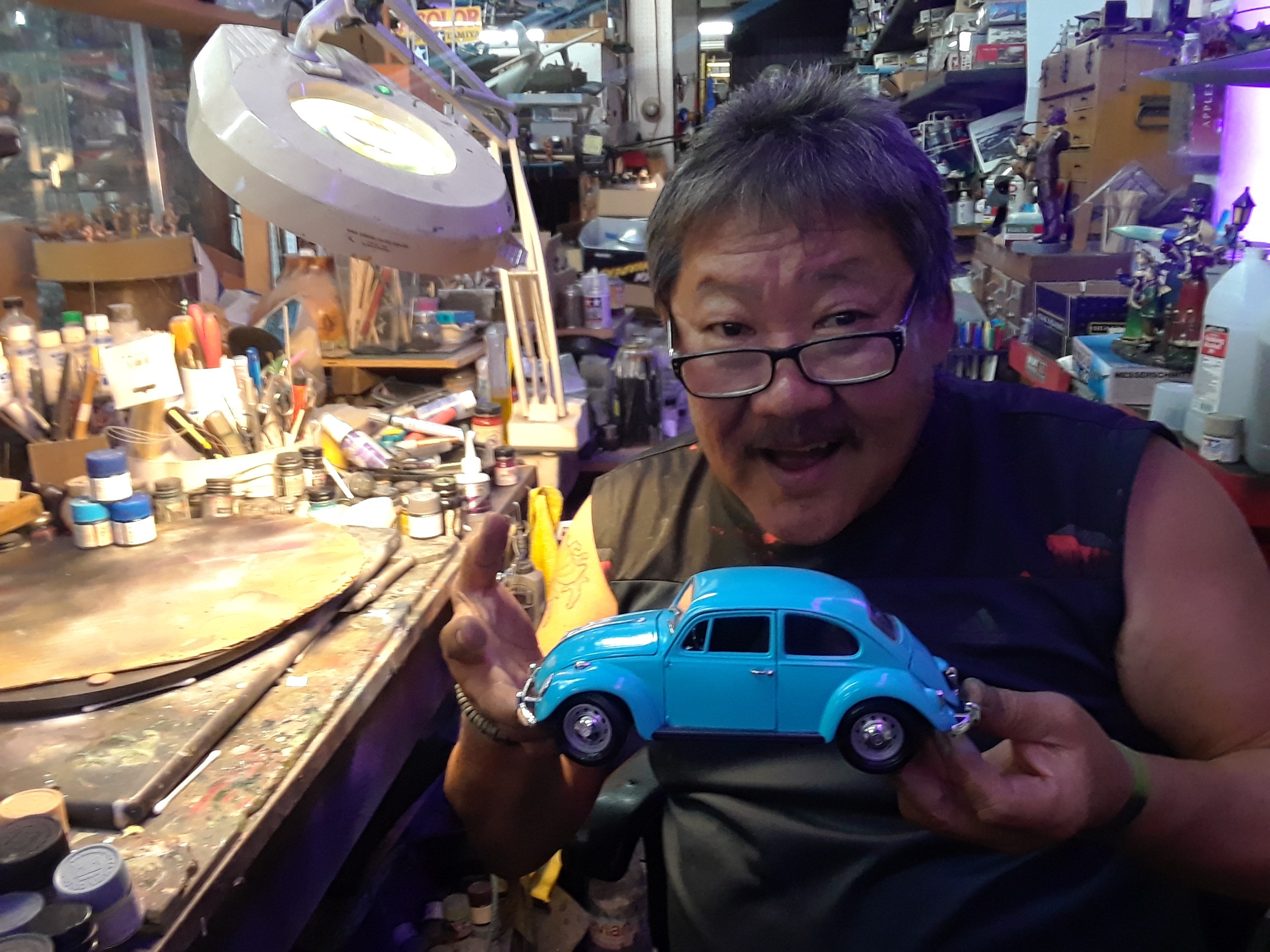 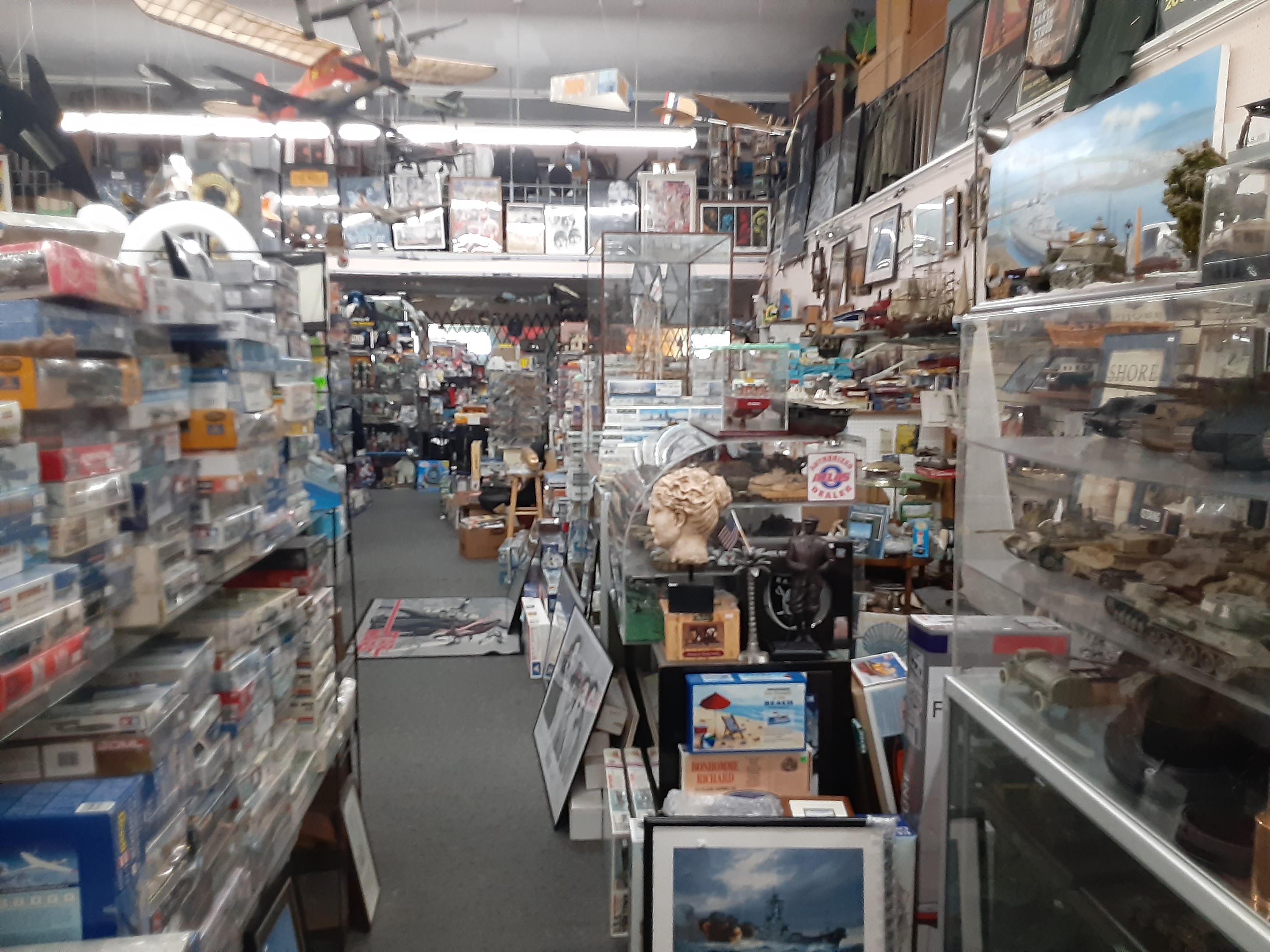 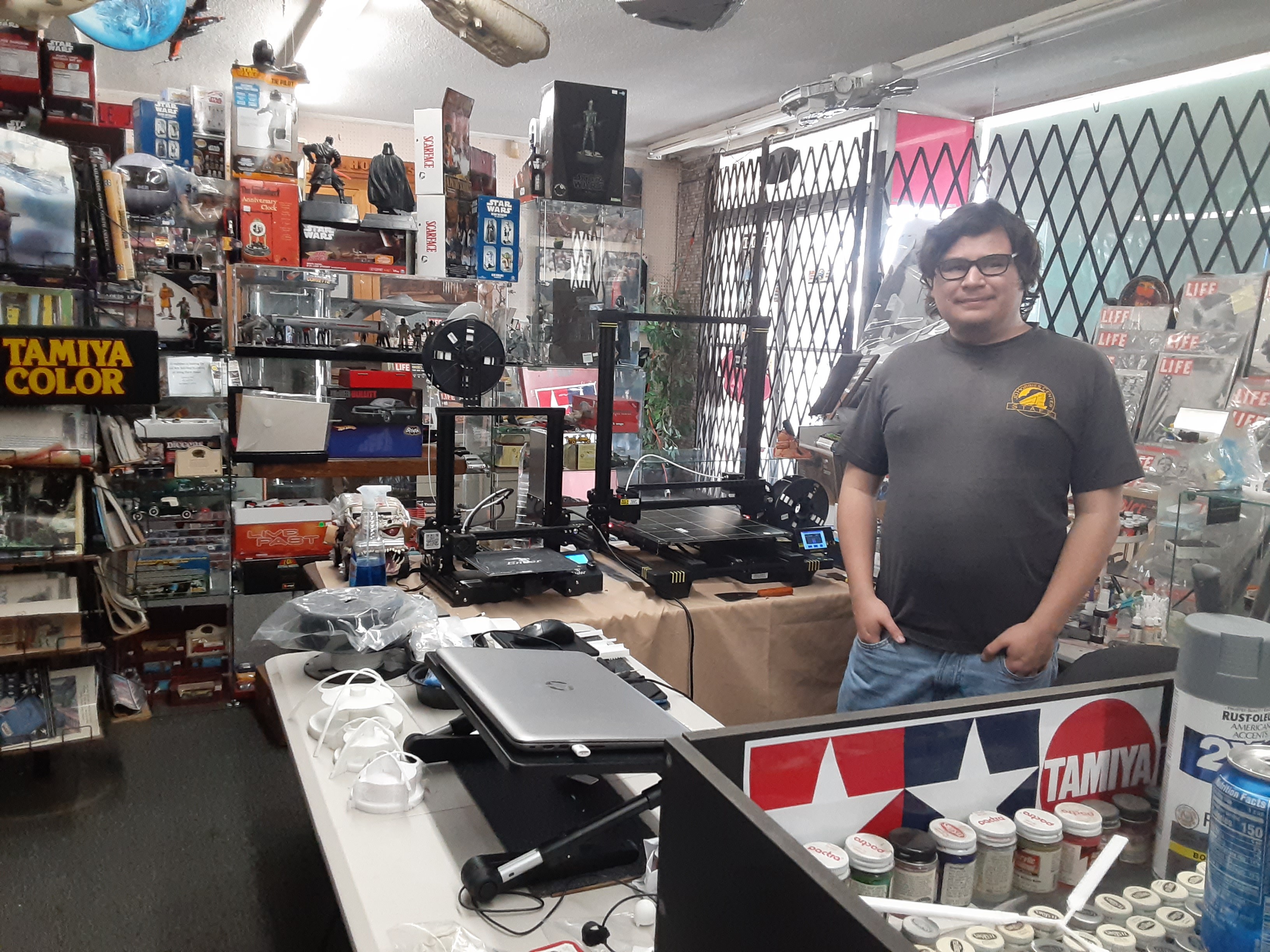 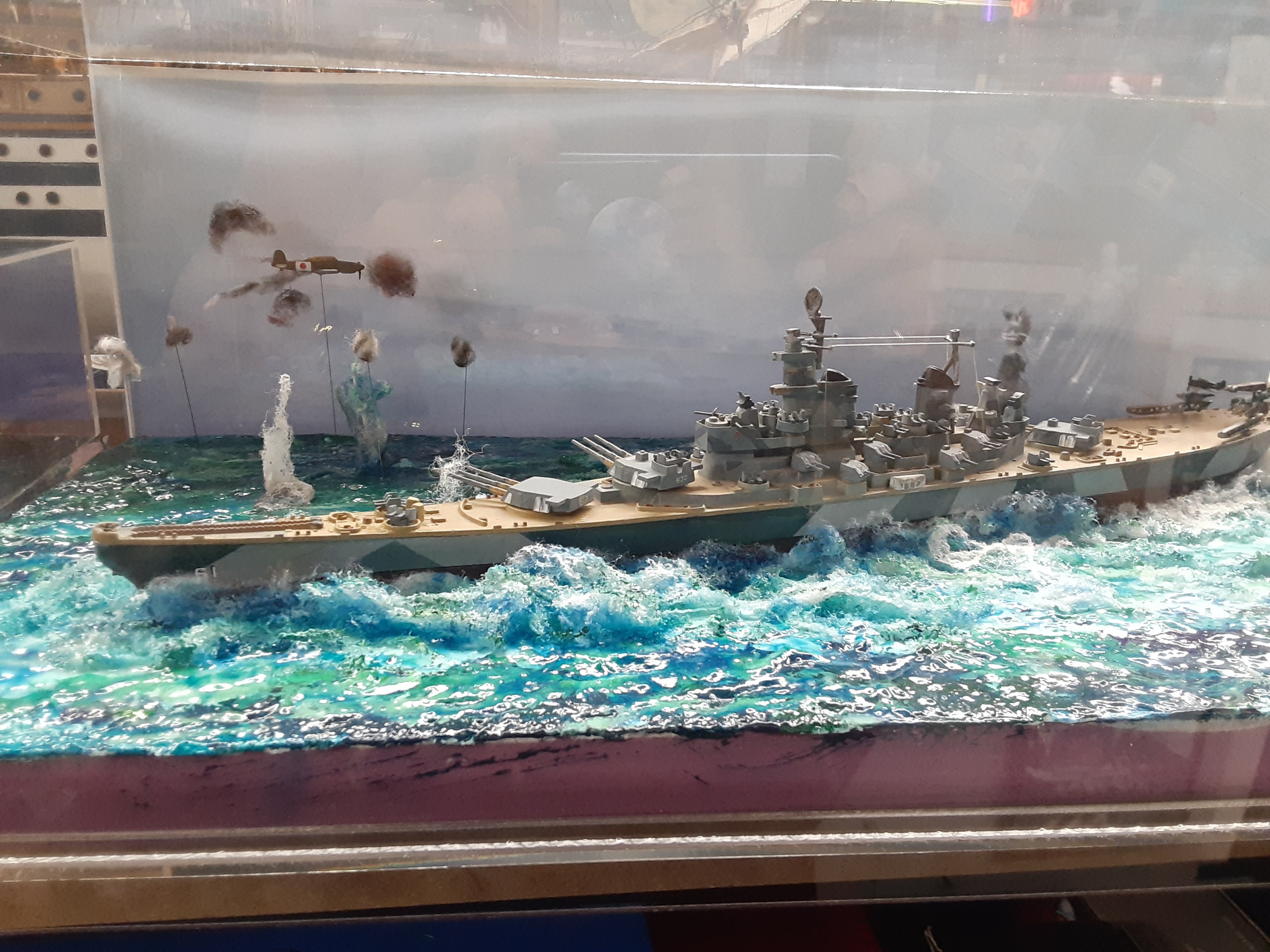 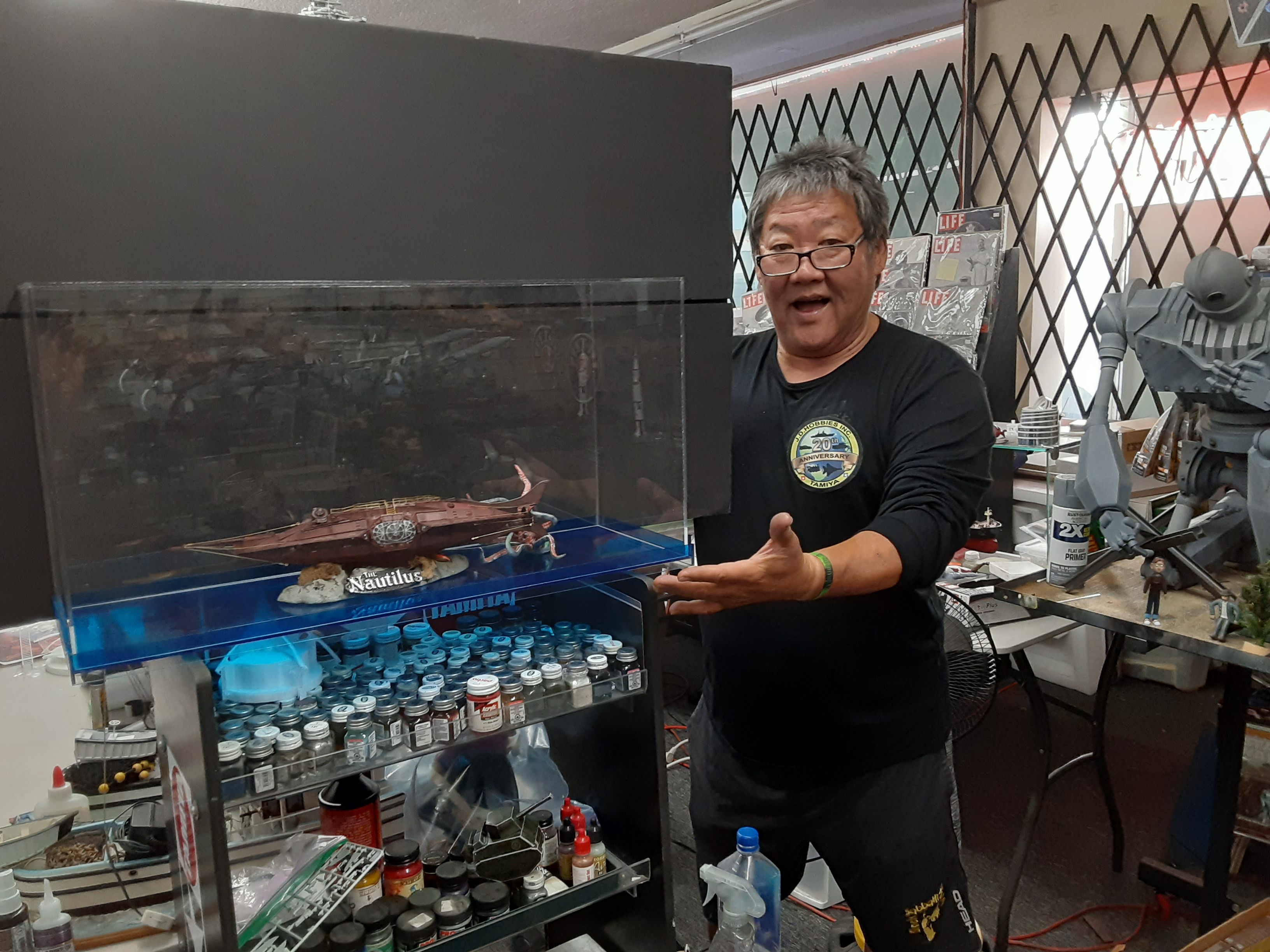 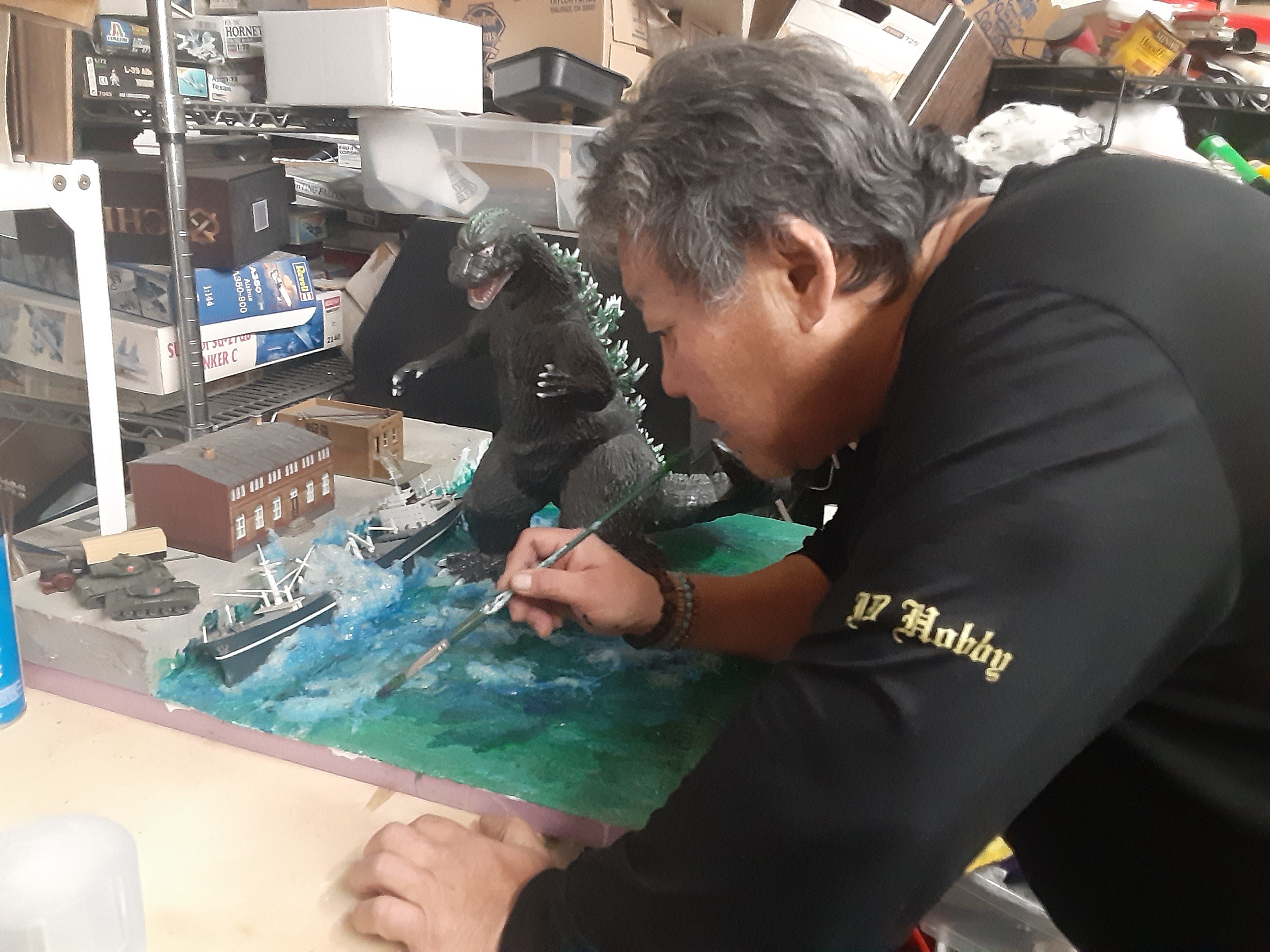 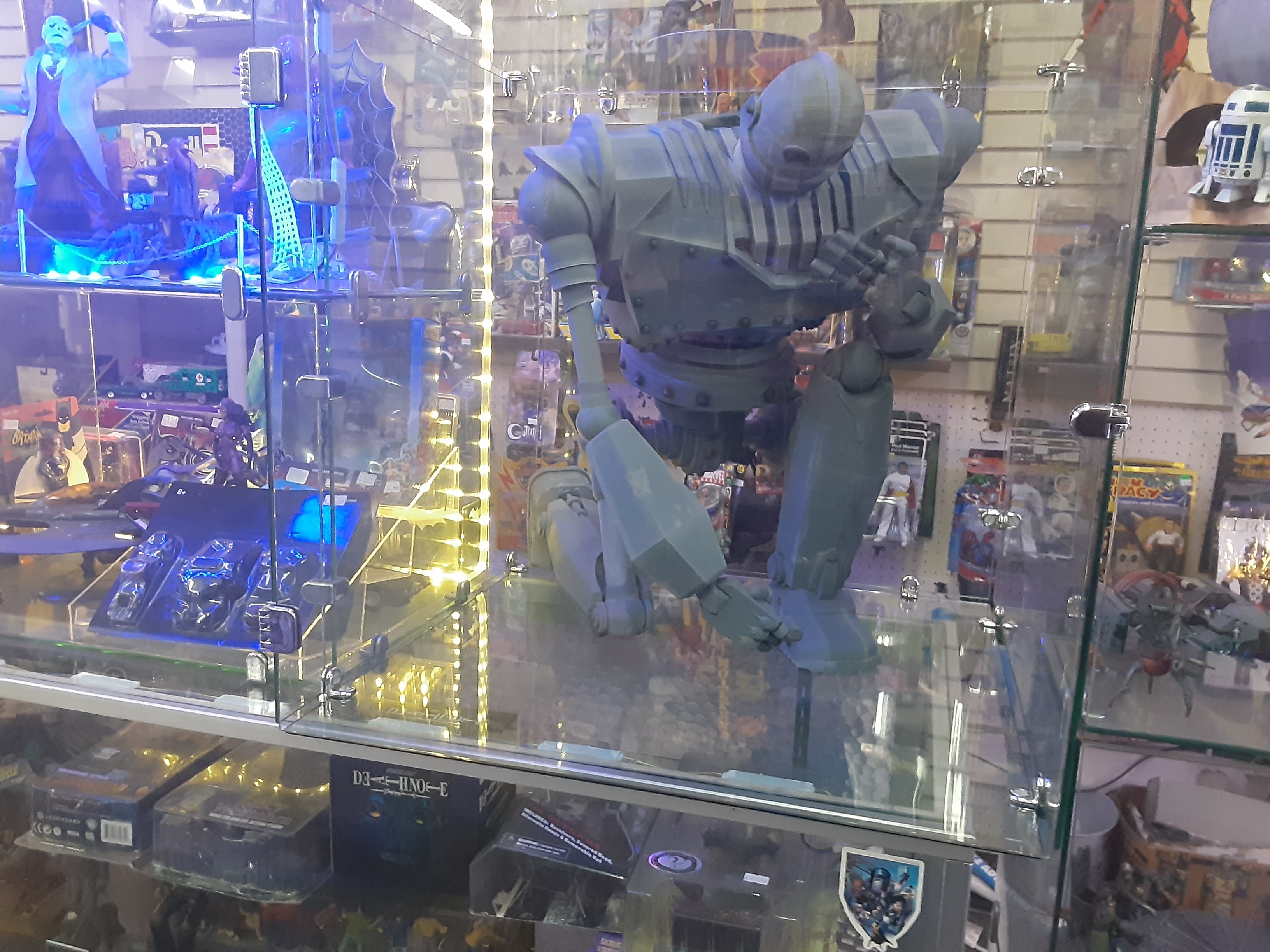