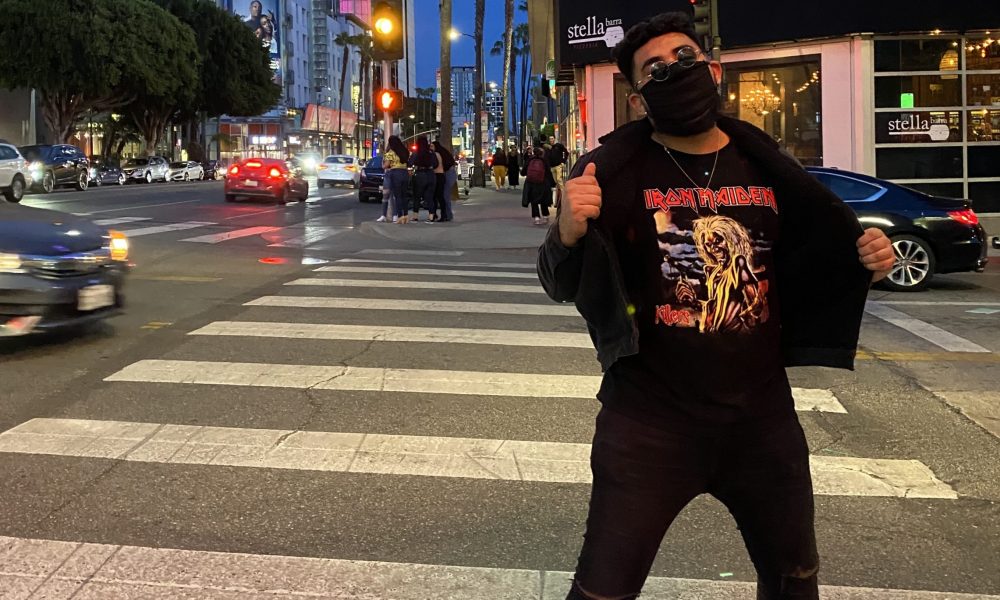 Today we’d like to introduce you to Louie Franco.

Louie, let’s start with your story. We’d love to hear how you got started and how the journey has been so far.
I started making music at the age of 14. The memory is extremely vivid as I remember my parents, along with millions of others, were going through financial hardship due to the 2008 Financial Crisis. The reason I bring that up is because for my 15th birthday, my Wishlist consisted of items that I could use to build my own in-home studio set-up. As financially unstable as my parent’s self-owned company was at the time, they didn’t waver and got me what I wished for – a blessing, as this action enabled me to essentially adopt the “never give up” mindset in my music career.

My parents are a huge reason as to why I started music. My mom used to play a lot of classics while I was young – songs from artists ranging from Juan Gabriel, Vicente Fernandez, Banda El Mexicano, Selena and more. This influenced me to, internally, develop an interest in music, but more specifically, how the “music behind the voices”, as I used to refer to it, was made.

Fast forward to the moment I listened to my first rap song – “Still Ballin’ by Tupac feat. Trick Daddy”, I instantly knew I had a thing for music production. I remember listening to that song over and over again, admiring the sounds that were put together to create the beat. From that point, I was all about Rap/Hip-Hop, specifically Southern Hip-Hop. I would spend days just researching new music – reading about the artist and looking at the credits to identify the producers of my favorite songs. Step by step, I started to try and put sounds together using DJ software on my dad’s computer. I would download songs and mash them up in an attempt to create something new with the help of my good friend Mario – someone who influenced the “sampling” nature I adopted early on with his expansive knowledge of 70’s, 80’s and 90’s music. At this point, I was heavily influenced by Kanye West, an artist that I felt I resonated a lot with since he was a producer who, put simply, decided to rap on his own beats. Once he dropped “808s & Heartbreak”, I knew I wanted to take that next step. This was the moment I asked my parents for my own studio. It also helped that, at the time, I was going through my first childhood break-up and I needed an outlet for my emotions (lol).

From that moment on, I taught myself everything I needed to learn. I taught myself the ins and outs of FL Studio, the program I continue to use to this day to produce and record all of my music. I self-taught myself how to play the piano. I learned basic music theory and the basics of how a song should be structured, how to record myself, how to use an interface, basic music jargon – the list goes on. And as much as I want to think that I was born a natural musician, I have a hard time believing that.

I had an extremely hard time developing a “flow” from the moment I started to rap. I had trouble staying on beat. I had trouble stringing words together, I had barely any tone and I felt like I had to adjust my voice to sound like a rapper. There were countless times when I just wanted to quit because I felt like I didn’t have it in me to be a musician. And though I was becoming really good as a producer, my first true “love”, I had developed an even bigger love around the idea of being an artist, an artist just like Kanye West. So, I didn’t give up. I just released music. Released it even when I knew it wasn’t up to par with how I truly wanted it to sound. I had countless people tell me to quit, I had people make fun of me, tell me I was terrible, laugh at me, everything you can think of that would push someone to the edge of accepting failure and moving on. I even had someone throw a copy of one of my mixtapes down the hallway in high school. I say this because I knew deep down this was the only thing I truly wanted in life. I knew that if I gave up and looked back at my life knowing that I never gave it a true shot, I would hate myself.

Knowing that, I continued to practice my craft. I would lock myself in my room for hours practicing my flow, my writing, my voice – everything I needed to improve on so I could take the next step. It wasn’t until I was 24, 10 years after I initially started making music, that I dropped a project where I felt confidence in its quality. That project was called “No More Holding Back”, the title becoming appropriate to where I felt I was in my music career at the time. I felt like I was holding back due to the fear of what other people thought about me – something that isn’t exactly an easy thing to admit. I felt like I had some sort of trauma from all of the times I was told to quit, told I wasn’t good enough and never would be, the times I was ridiculed and made fun of – I felt like all of this led me to become afraid of the idea of growth. I was stuck in a mindset that believed the growth I was seeking was unattainable.

Well, you see, I had it all wrong. This idea, this mindset, was a manifestation that came from my insecurities. I wasn’t necessarily the “cool kid” growing up. I was bullied early on in my childhood for my appearance, moved high schools frequently which led me to having a hard time fitting in, leading to issues that can only be explained through low self-esteem and a shot confidence that lingered throughout my life. I had a choice. A choice that is simple but not an easy one to make. I could let all of these things dictate the way I live my life – always wondering if I’m good enough, always doubting myself, never appreciating the true value of my self-worth. Or I could say f*ck it and f*ck what anyone thinks of me and start to believe in myself. I could choose to let go of past emotional trauma by not seeking shelter in a life that didn’t involve any risk. I could start proving myself right instead of attempting to prove “them” wrong. I chose to start to live the life I really wanted to live, a life that led to self-appreciation and confidence in my ability to be who I wanted to be.

That’s what led me to finally become “Louie Franco”. Shortly after the release of “No More Holding Back”, I released an EP titled “Once Again”, which led to people finally starting to take notice in my ability as both a producer and an artist. I started to gain a bigger following on Instagram and on streaming platforms. I started to become the artist I wanted to be. Making music that kept growing through each release. Making music that resonated with who I was, who I am and who I strive to be. Shortly after “Once Again”, I was under a management contract and moved to Los Angeles to give this “music thing” all that I could give it.

I recently released “Since Knowing You” on March 6th, 2020. This project has been an eye-opening experience that made me reflect on the past few years of my life. I went through a lot over the past few years – I went through a deep heartbreak, depression, moments where I questioned myself as an individual. Through the turbulence, I had moments where I saw myself become someone I did not recognize, someone who was not who I am today, someone I didn’t want to be. I learned a lot from these dark moments, and in these moments where I needed it the most, music was the only thing keeping me sane through the dark times.

Please tell us about your music.
What sets me apart is that I feel like my sound is a part of an ever-changing landscape in the music industry that relates to the appreciation of a more “worldwide” sound. I believe this sound involves the fusion of American Rap/Hip-Hop, Reggaeton, Dance-Hall, and Pop. I feel like I am adding my own twist and my own personal contribution to this movement, specifically as a Mexican & El Salvadoran individual.

Is there a characteristic or quality that you feel is essential to success?
I feel like I want to try things that may seem odd in nature. I want to do things that may challenge the status quo. I want to take these ideas and turn them into something that can be appreciated. My ability to try these things is what I feel is an essential quality I have. That, and the willingness to look at things from various perspectives, even those that challenge my point of view. 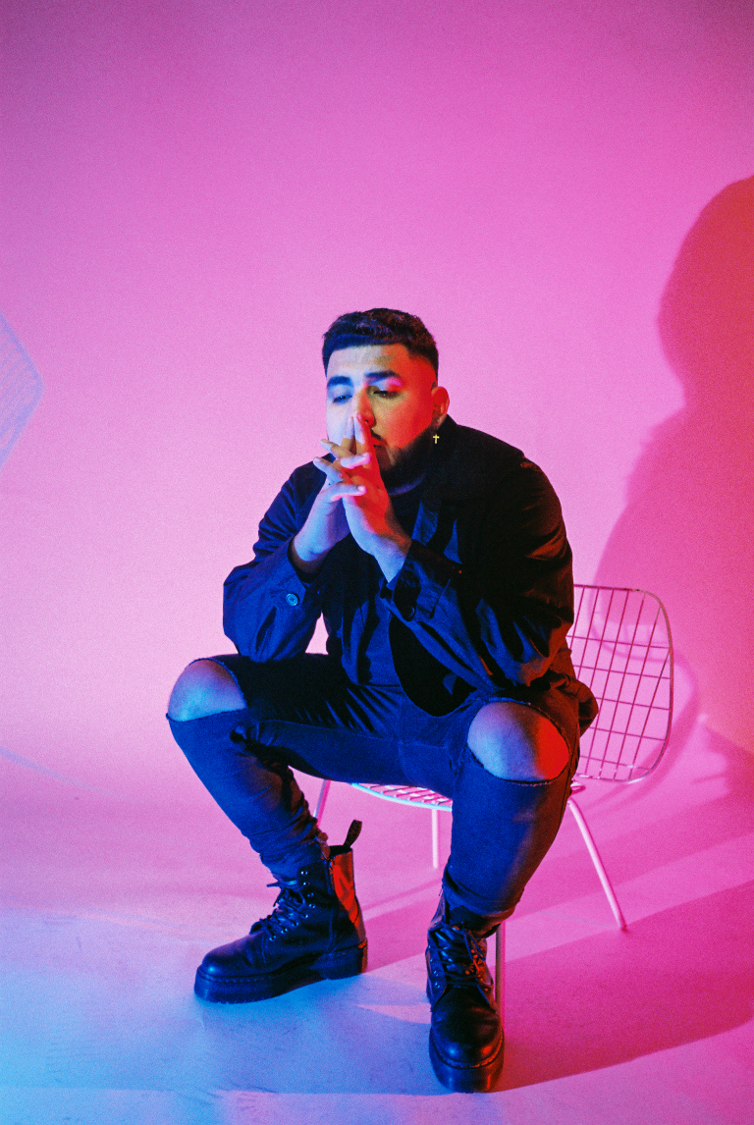 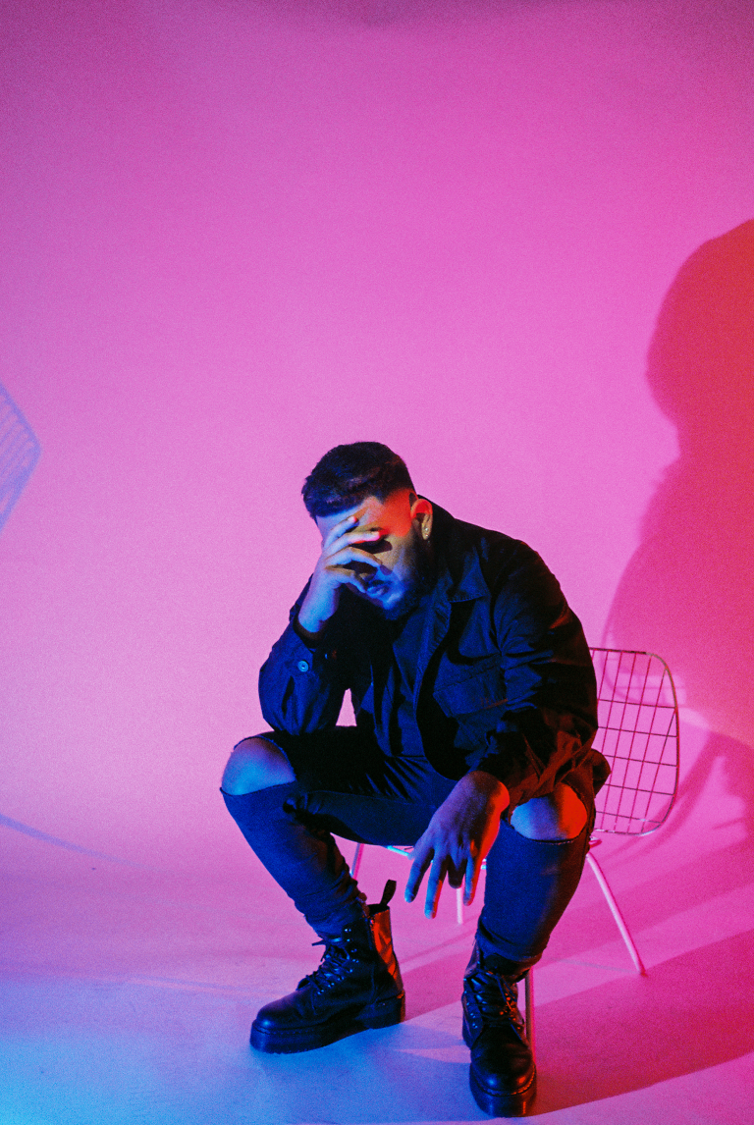 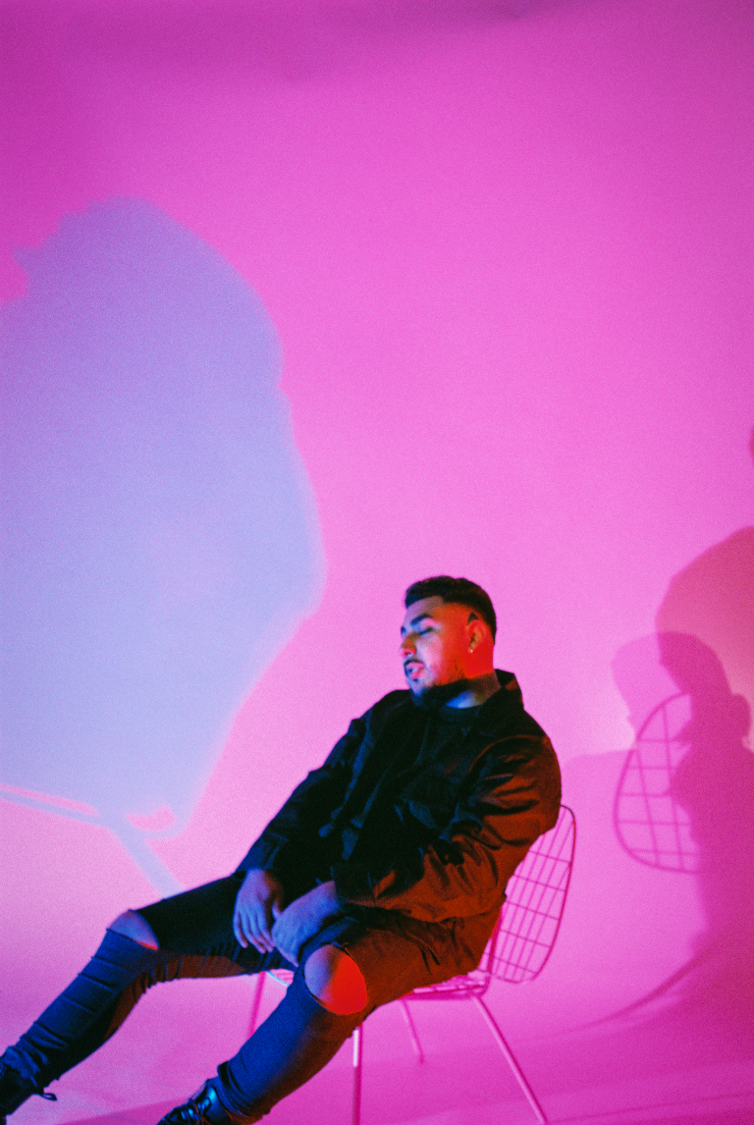