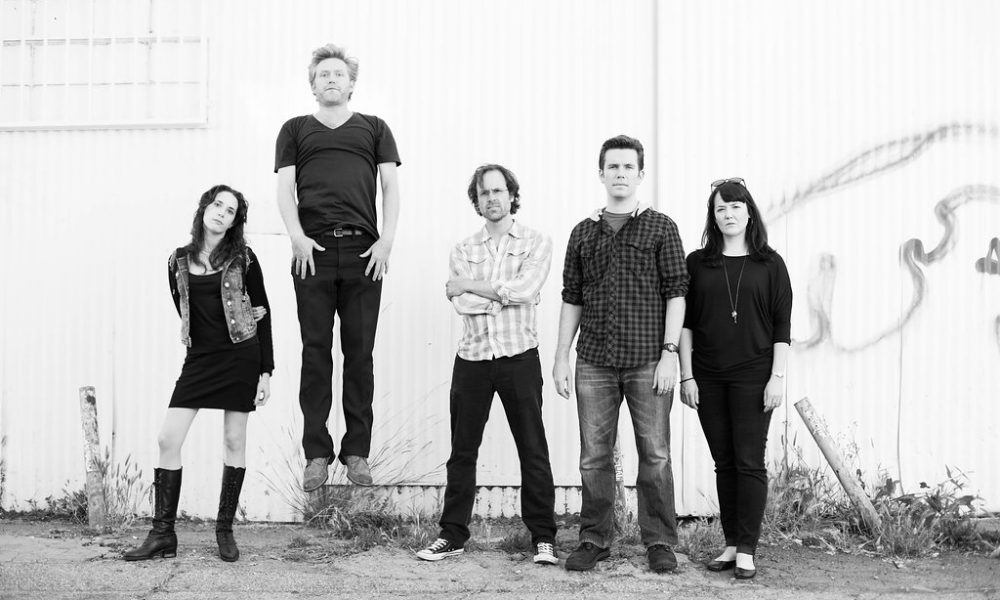 Today we’d like to introduce you to members of Lost Moon Radio.

Ryan, Dan and Frank, please share your story with us. How did you get to where you are today?
In 2009, a few of us—mostly college friends from Northwestern plus our buddy’s brother who could play drums—decided we wanted to create a show that combined music and comedy in a way we hadn’t seen before. What we ended up making lived somewhere between a rock concert and a sketch comedy show, all of it framed as an hour of late-night freeform radio hosted by a psychedelic DJ named Jupiter Jack. It was experimental enough that about five minutes before we went on stage we all became convinced the whole thing was a huge mistake, but then the audience loved it and we all had a blast. So what began as a one-night only performance above a dive bar in Fairfax became an ongoing creative endeavor we’ve been doing for ten years now.

In that time, Lost Moon Radio has mounted over 50 original live shows, created a podcast, produced three original comedy albums and many YouTube videos, developed a pilot for NBC Universal and won Best of Fringe at the Hollywood Fringe Festival. We’ve performed everywhere from comedy spots like UCB, Dynasty Typewriter, and the Lyric Hyperion to more traditional theatrical venues like South Coast Rep and The Broad Stage, and even once at a particularly rowdy book fair. And we’ve made appearances on NBC, Fox, and G4 (R.I.P.), and produced a short-form sketch series called Passive Aggressive History which aired on truTV.

Obviously, performing a high-concept live comedy show has proven to be just as lucrative as you’d imagine—so much so that we’re very close to realizing our long-cherished goal of purchasing one sweet bicycle that we can all share equally.

Has it been a smooth road?
Yes, it’s been a remarkably smooth road. Unfortunately, we’ve been driving in a 1996 Kia Rondo that breaks down a lot and the airbags sometimes deploy without warning. That’s part of why we’re so focused on acquiring the bicycle.

Also, keeping a group of artists together over the course of ten years is no easy task. Some of the challenges have been creative—for example, maintaining the high quality of the shows that our audiences have come to expect from us. Every one of us is pretty tirelessly committed to putting out the best possible material, which means we’ve sometimes had intense arguments over the ideal phrasing of a particular fart joke. And while it’s a great advantage to have so many talented people in the group, it can also be a challenge to continually create projects that utilize everyone’s unique gifts. Ultimately, maintaining the health of the ensemble means remembering that everybody’s putting an incredible amount of work into this common undertaking—and showing each other that everyone’s ideas and voices and contributions are valued, even if a tech week was stressful and we disagreed about how to stage the bit with the Nazi ducks. Taking care of the relationships takes time and consciousness, but it’s so worth it. You love what you do when you love the people you do it with, and we think audiences can feel that chemistry and camaraderie on stage.

So, as you know, we’re impressed with Lost Moon Radio – tell our readers more, for example what you’re most proud of and what sets you apart from others.
First and foremost, we think we’re known for putting on a killer live show. We think people expect all our installments to be smart, tight, and musically ambitious, but also to be loud and fun. It feels like the audience and performers are all part of one big party. Our sensibility can be whimsically playful or satirically incisive, but it’s never mean or cynical. The composers in the group are so talented that it’s sort of a tragedy that their love of jokes has distracted them from pursuing giant pop songwriting careers—but it also means that in any given show you’re experiencing this amazing quality and diversity of musical styles and genres, all performed live by a full rock band. All of our shows revolve around a theme and have a narrative throughline, so we really strive to take the audience on this satisfying journey by the end of the night. It’s really a completely different beast than your average sketch comedy show.

We’re most proud of the times we’ve really been able to tap into the cultural moment, to speak to something that our audiences are going through. The holiday show we did in 2016 right after Trump was elected was one of our favorites. It had this patently dumb high concept of Santa, disillusioned with his work as a magical gift giver to a corrupted world, trying out a new career as a radio DJ. But somehow through that extremely stupid conceit we were able to tackle the very real feelings of heartbreak and bewilderment and disillusionment that so many people were carrying at that moment. It felt like real catharsis for both us and the audience. (And it managed to end on a note of hope after a call with Barack Obama, a letter from a selfless child, and the sacrifice of a brave reindeer convinced Santa to hop back in the sleigh.)

Let’s touch on your thoughts about our city – what do you like the most and least?
We like that there are no seasons and life spreads out into one timeless soft march towards oblivion. On the other hand, the traffic is pretty bad. We’re very excited about all the new bike lanes going in.

Beyond that, the thing that we love most about LA is that we’re surrounded by so much creative energy and talent. Our lighting designer, our costume designer—these are amazing artists who came here to have a career in their field. Our actors, our musicians, our sound engineer, our writers and directors, the guest performers that we have in our shows—all of them are gifted working artists who are serious about their crafts. And as proud as we are of Lost Moon Radio, we still see other performances all the time that excite and inspire us. You just can’t find that in other cities like you can find it here.

Then again, the public transportation still has a long way to go, and realistically we’re not going to be able to cart our instruments and gear around with just the bicycle. We’re coming to terms with the fact that we’ll still need to hold onto the Kia Rondo at least in the near term. 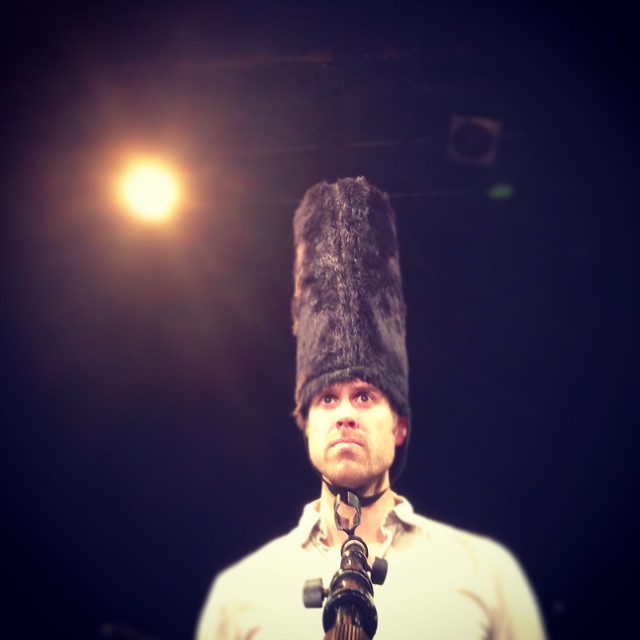 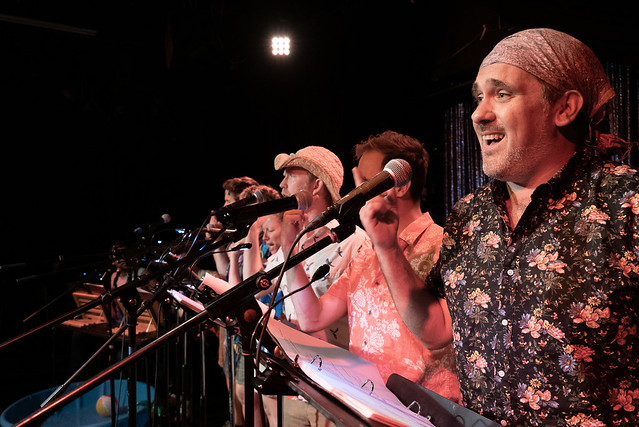 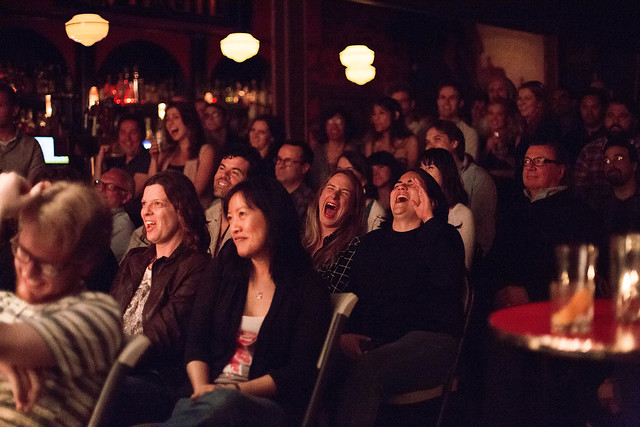 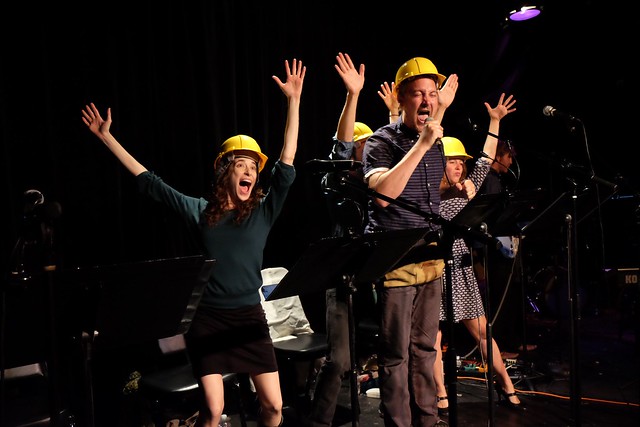 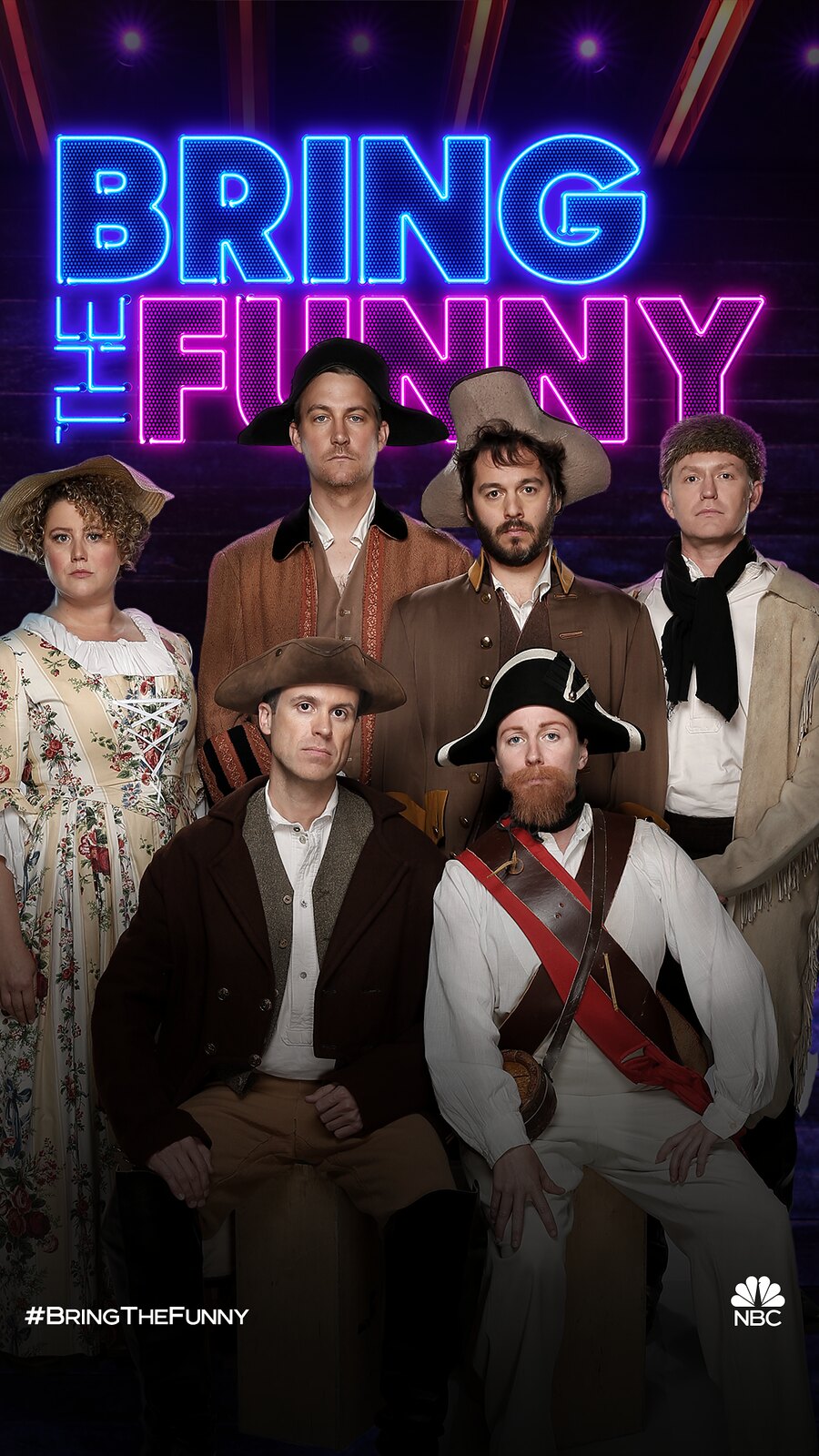 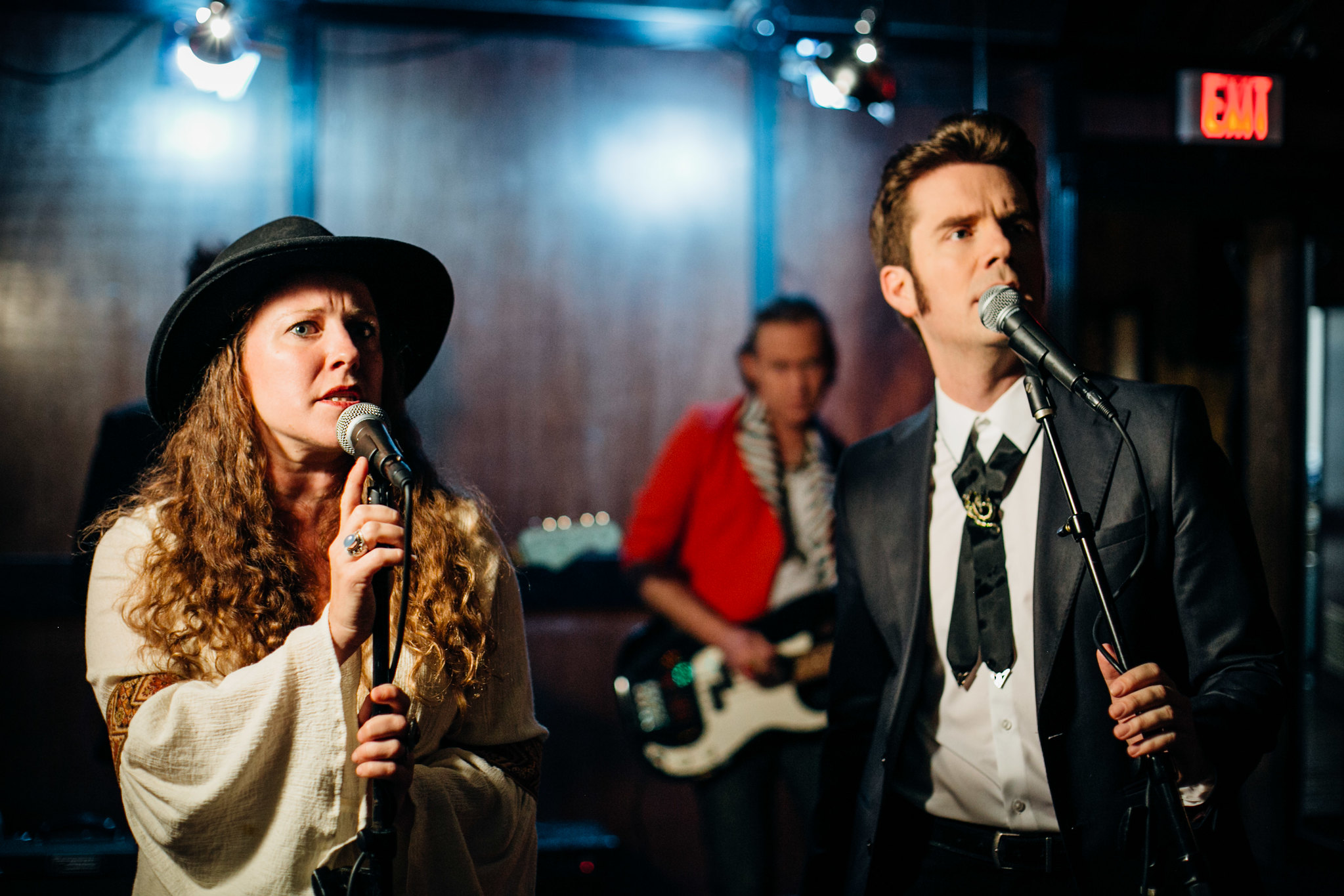 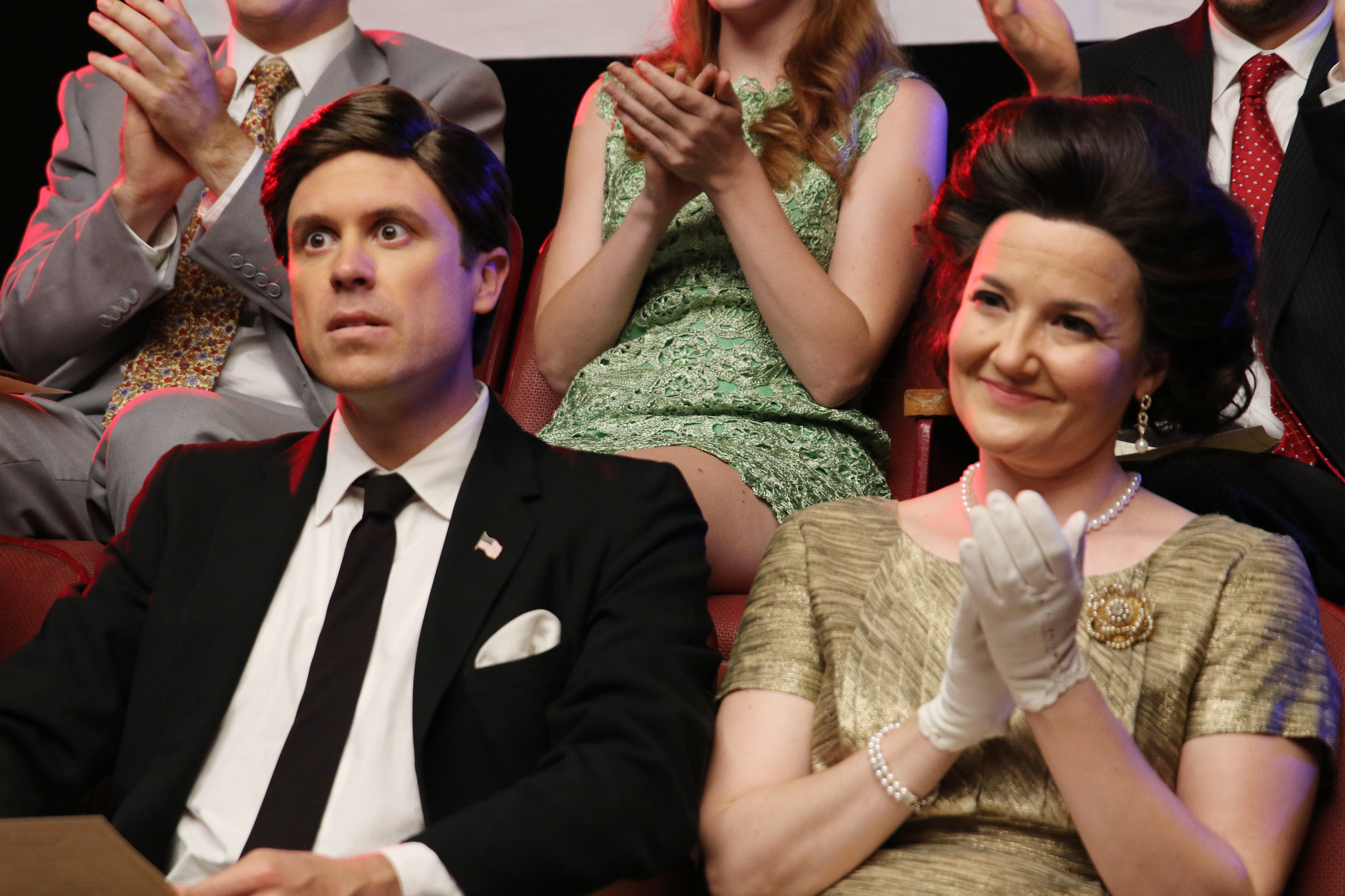 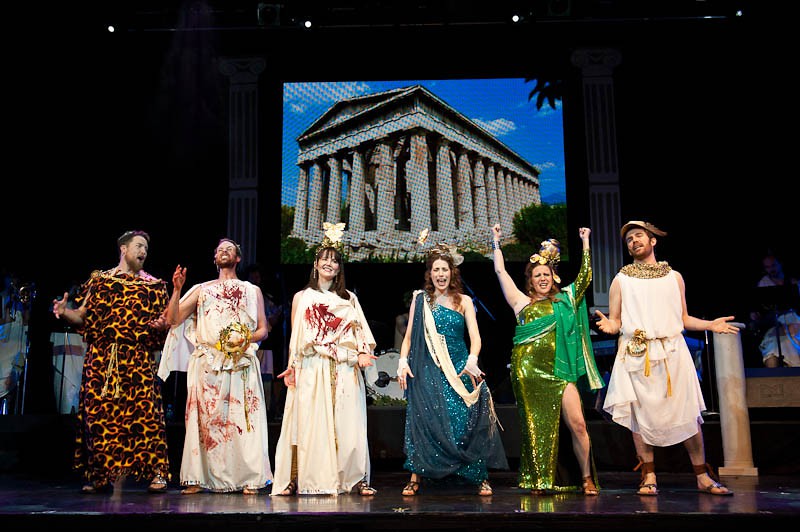 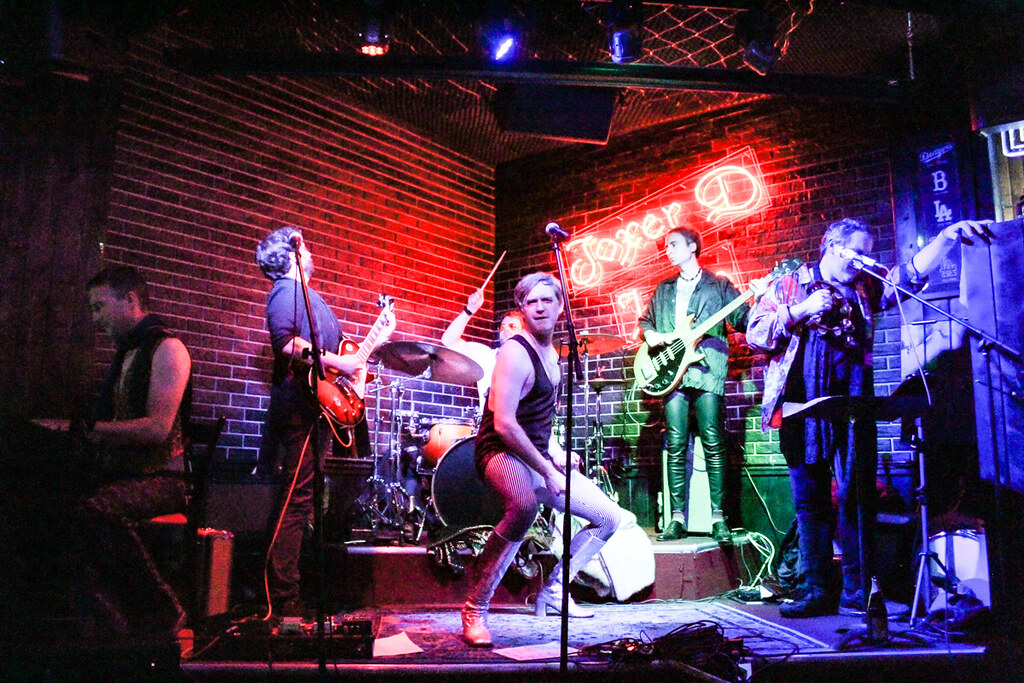