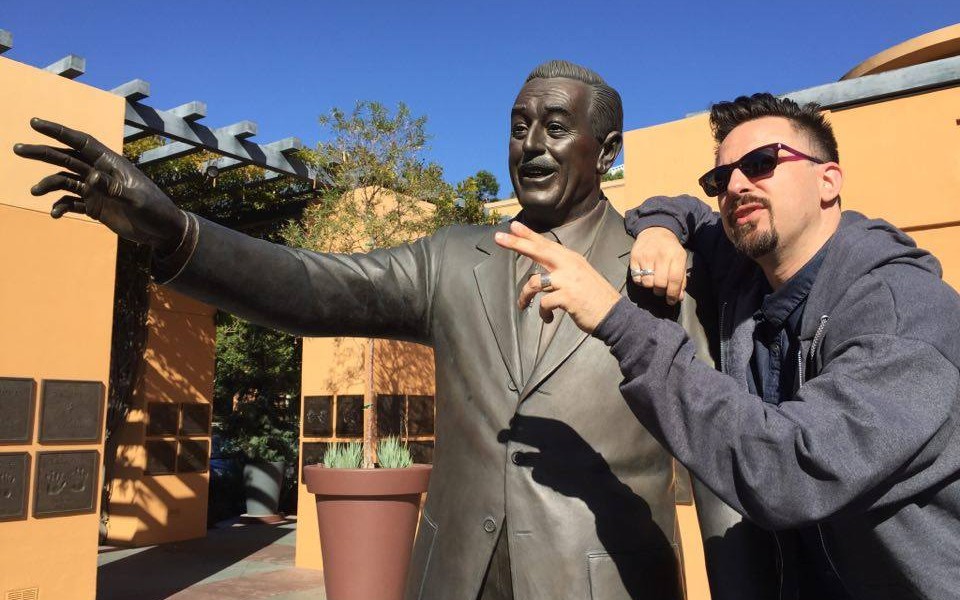 Today we’d like to introduce you to Rob Berezowski.

Rob, please share your story with us. How did you get to where you are today?
I grew up in a small town named Whitby, a 40-minute drive east of Toronto. I went to college and majored in Photography and graduated in ’99. I moved to New York City in 2002 and started photo assisting many photographers, building up a network of some amazingly creative people. Photo assisting took me to many interesting and often unseen or inaccessible locations around New York and the rest of the United States. I would often travel to North Carolina, Maine, Los Angeles and Miami to help run photo shoots smoothly. Along the way, I soaked up a lot of skills and techniques to sharpen my own work.

I ventured into digital retouching and worked on covers and feature stories for Men’s Fitness magazine, which led to other large clients including working as a full-time retoucher for Tiffany & Company. I met my wife in NYC who is a fashion designer and I started shooting her clothing line, which really forced me to focus on my photography more. It took me a long time to figure out exactly what I enjoy shooting and an even longer time to create my style.

My wife Laura and I moved to California at the end of 2014 and my shooting really started to pick up speed. Unfortunately, most of my major retouching clients fizzled out coincidentally during my transition to California which really challenged me to survive in a large city with no contacts. But by now, after 12 years in New York – I was ready for anything and everything.

I converted our home office to a shooting space and started shooting friends and bands, went to a lot of punk shows and comedy shows and would shoot the performers live and backstage with a portable shooting kit that I’d bring with me everywhere. I was then approached by a job recruiter to work as a digital retoucher for The Walt Disney Company. I interviewed with Disney, and based on my product photography portfolio, a Photographer position was created and I began shooting for Disney in November 2015. 10 months later I was converted to full-time, and that’s where I am right now. Disney photographer by day, musician and comedian photographer by night!

Has it been a smooth road?
It’s definitely been a rough road as a freelancer, however, there have been many unforgettable and rewarding highs. Getting to go to Hawaii, living in the woods of North Carolina, big sky country in Montana, meeting some of my idols and favorite personalities, forging amazing relationships with great people that I maintain to this day.

But every high has its low. Such as living paycheck to paycheck, dealing with flaky people who don’t want to pay or honor their word, and many other insecurities associated with trying to survive in the big city working as an artist.

It took me many years and moving across the country to finally get out of the freelance game. Now, when I’m not shooting for Disney and I’m shooting for myself – it’s all on my own terms. The freedom to create your own work without adhering to rules or trying to please a client, but still maintaining a professional and respectful shooting environment, is completely liberating and amazing. I’m not afraid to say, “no”, and I say it often. My work will not be compromised in any way and I’m not trying to please anyone except for myself. With no expectations, any positive reaction to my work is icing on the cake.

Have you ever felt like giving up?
Photography has never come easily to me. It’s a constant struggle and I’m always challenging myself by experimenting with lighting and other elements. The only way to learn is to continue to challenge and push yourself outside of your comfort zone. For example, when shooting I always have an extra setup or idea that I want to try… sort of a “throw-away” concept just to see what happens or I’ll try out new gear or lighting techniques. If it doesn’t work, no one will see it. But for the most part, it will evolve into something that I can use down the road. I often feel like quitting when I’m shooting a live event and I’m struggling with my gear to attain a proper exposure in poorly lit conditions, only to see 20 people with smartphones getting way better exposures. No matter how hard I try, the sensor on my camera just isn’t as sensitive as a smart phone. Also, the fact that every person has a camera in their pocket and apps with filters to achieve styles and techniques I’ve spent years trying to perfect. This devaluation of photography really irks me and I find it tempting to throw in the towel – but I persevere.

Let’s change gears – is there any advice you’d like to give?
To become a better photographer you must be constantly shooting. Try to figure out early what subject you really want to shoot and then try to get jobs within that area. Set up test shoots that are on your terms so you can tighten your skills and style. Don’t be afraid to say ‘NO’. Don’t accept jobs that compromise your creativity and skills. Know your value. Choose wisely who you work for and who you hang around. Be diplomatic yet assertive. Shoot first and ask questions later.

What are you most excited about these days?
Now that I have a full-time shooting position for a large company, I have the opportunity to produce shoots for myself that I can do after hours and on the weekends that I normally wouldn’t have the money to do. To me, that is a great freedom. To not have to answer to anyone and really challenge yourself and tighten your skills is what I’m all about right now. I can shoot for my book rather than for survival. Who knows where it will lead, but putting out a few high-quality images is better than putting out tons of subpar images just for the money. One day I may have a show of my work and would be totally fine if nothing was sold.

Image Credit:
All photo credit is by Rob Berezowski. The following lists the content of the photos: