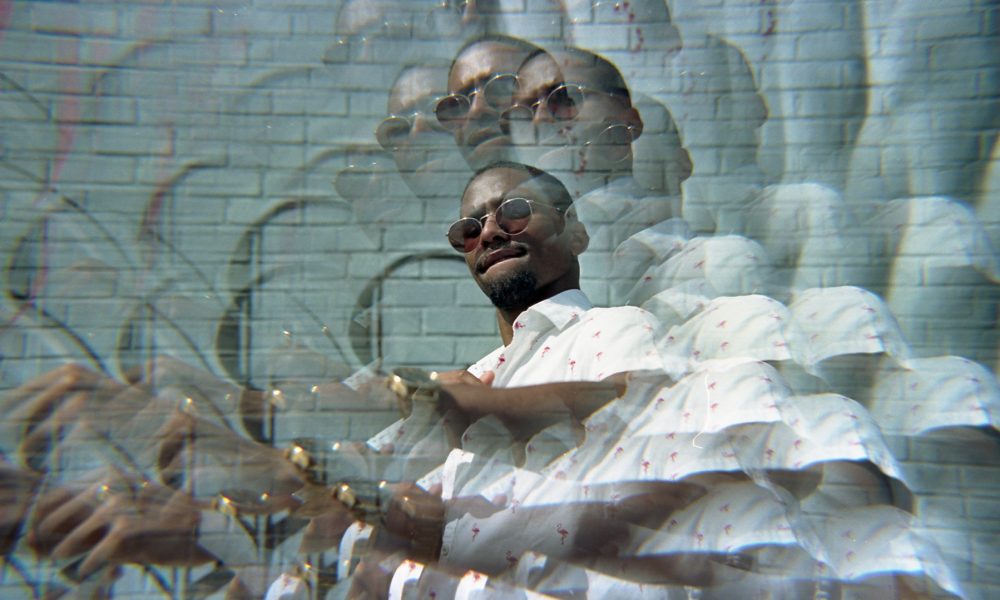 Today we would like to introduce you to Patrick Emillo.

Thanks for sharing your story with us Patrick. So, let’s start at the beginning and we can move on from there.
I didn’t know music was going to be my thing. It really began when I was 14 years old, starting high school. At the time, I was sitting in the back of my friend’s car, commuting from South Central Los Angeles, my hometown, to Malibu, where I started high school. In those rides, I would have music playing and my notes open, typing lyrics to sharpen my skills and creatively express my feelings of the environment I was in. Being one of the few black kids in Malibu High was a culture shock, and writing was like my lifeline back to my community so I would never lose sight of who I really was.

I started with writing for two to three years, and never thought that I’d be rapping. One summer, I was back in South Central and my friends had a microphone set up. That was the first time I was in a recording environment, even though I never recorded anything. When I went back to Malibu High, I had a couple of friends there that had started to make hip hop music. It caught my attention – I wanted to start hanging around with them to see how they made their music and how I could contribute. Junior year, my friend started a rap group. One day I went over and wrote a chorus that made the cut for a song. Ever since I laid down that first chorus, I was hooked. I recorded my first song by myself senior year of high school, rapping over Rick Ross’s “Blowing Money Fast” beat. It wasn’t perfect but it was a song nonetheless.

While I was doing all my college applications, my tutor at the time said I should add more of my musical background into my college apps. At the time, I thought it was strange because I didn’t think that much about music. I’m thankful now because I got hella acceptances and began rapping more.

I started out like any typical rapper, downloading beats from YouTube. I had no formal training, so I was just listening to beats, practicing songwriting and reading lyrics to get a sense of what sounds I wanted to make. The summer after freshman year of college, I went back to Malibu and delivered pizzas to save enough money to buy my first microphone. Once I got that, I would be in Malibu rapping for 10-12 hours a day, that entire summer, to a point where I burned out my vocal cords, to put out a project. I probably made 30 songs for that project and it never came out.

In 2013, I made a song called “Cherish,” put it out, and had my first performances. I started taking music more seriously. In 2014, I put out a mixtape called “The Butterfly Effect,” and the response was less than I thought it would be, but it was a huge learning lesson. I had written, mixed and mastered it by myself with a $0 budget. After that project, my next few years were focused on sharpening my video production skills at UCLA. During that period, I met my producer Jdawa, who I collaborated with for “YSOM”, “Los Scandalous”, and most recently, “Livin”. I finally reached a point where I can independently publish songs to digital streaming platforms like Spotify and Apple Music. The music videos are on YouTube. I feel like I’m just getting started.

Great, so let’s dig a little deeper into the story – has it been an easy path overall and if not, what were the challenges you’ve had to overcome?
It’s been a challenging road, and I wouldn’t want it any other way. I’m not an overnight success story. I was broke and didn’t understand how much money it takes to make music. One of the biggest obstacles is understanding that music is a business and art. There are a lot of talented people that can make good music, and you can see a lot of them performing on the streets of LA. The moment I understood that music is a business, my career started to accelerate.

Can you give our readers some background on your music?
My music is a mix of soul, R&B, rap and alternative. I want my music to be a breath of fresh air that brings people together and makes them feel good about themselves. I try to invent something new with each song. In college, we coined this term “edutainment,” which is how I want to reach listeners. I’m not trying to preach to you, but I want to teach you something. I want to change someone’s life with every song.

I bring life experiences into my music. Growing up wasn’t easy. I always felt like the “other” black kid, doing something not the norm. Like, I like looking at clouds and palm trees because they fascinate me. I’m adopted and palm trees aren’t native to Los Angeles, but they’re present all throughout the city to bring some kind of paradise to LA. That’s similar to how I felt growing up around blacks, Hispanics, and whites, from the streets to the beach. I embrace being the black sheep, being different, and I try to bring that into my music as well.

Is there a characteristic or quality that you feel is essential to success?
Success is when the music, visuals, and sound come together for a dope experience. Success is as simple as having an idea, thinking it, and making it happen. If I were to put something out, and it isolated people, I’d feel like I failed. I’m unsuccessful every day because I have too many ideas, but the goal is to bring dope thoughts and ideas into the art so people can relate. 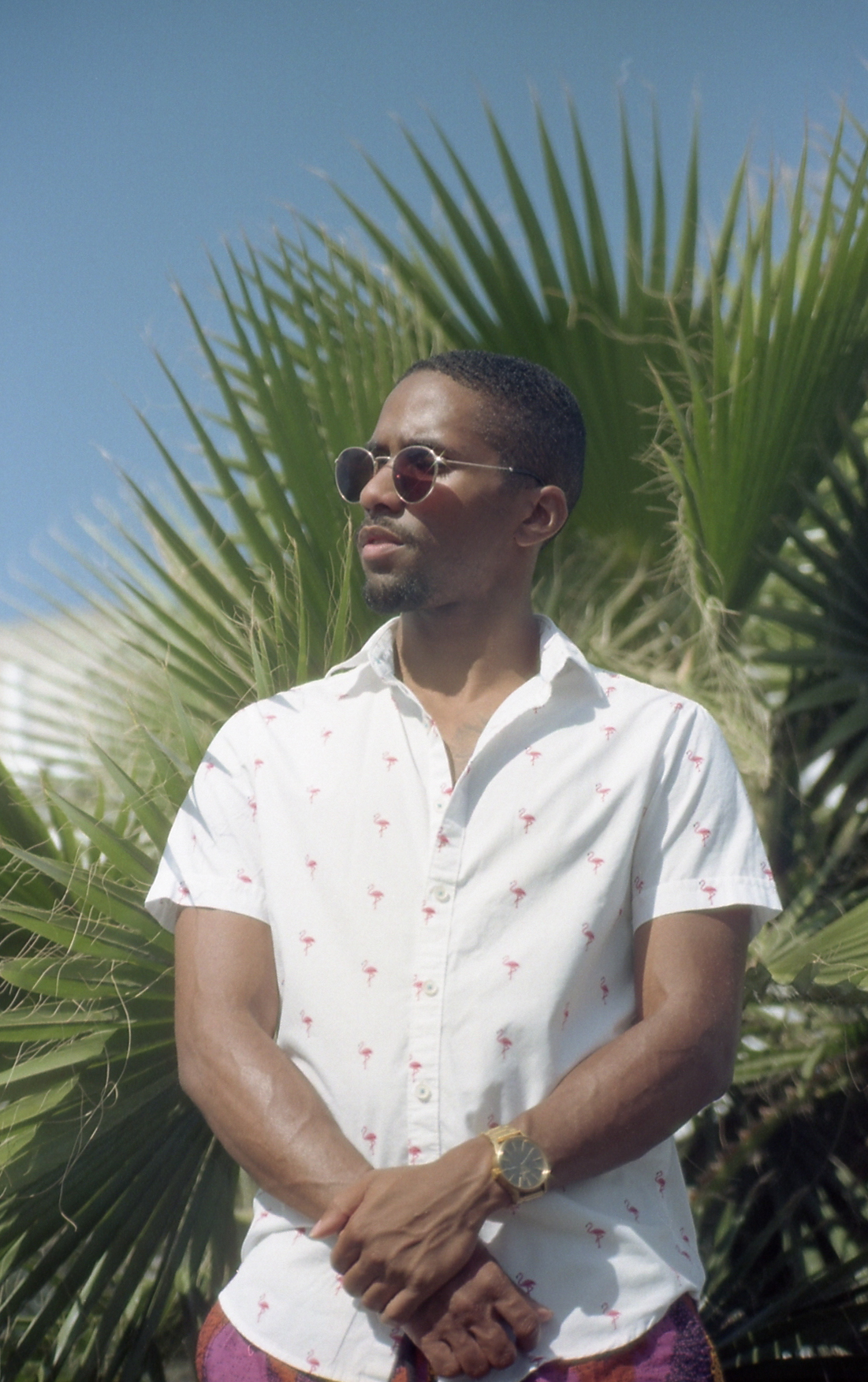 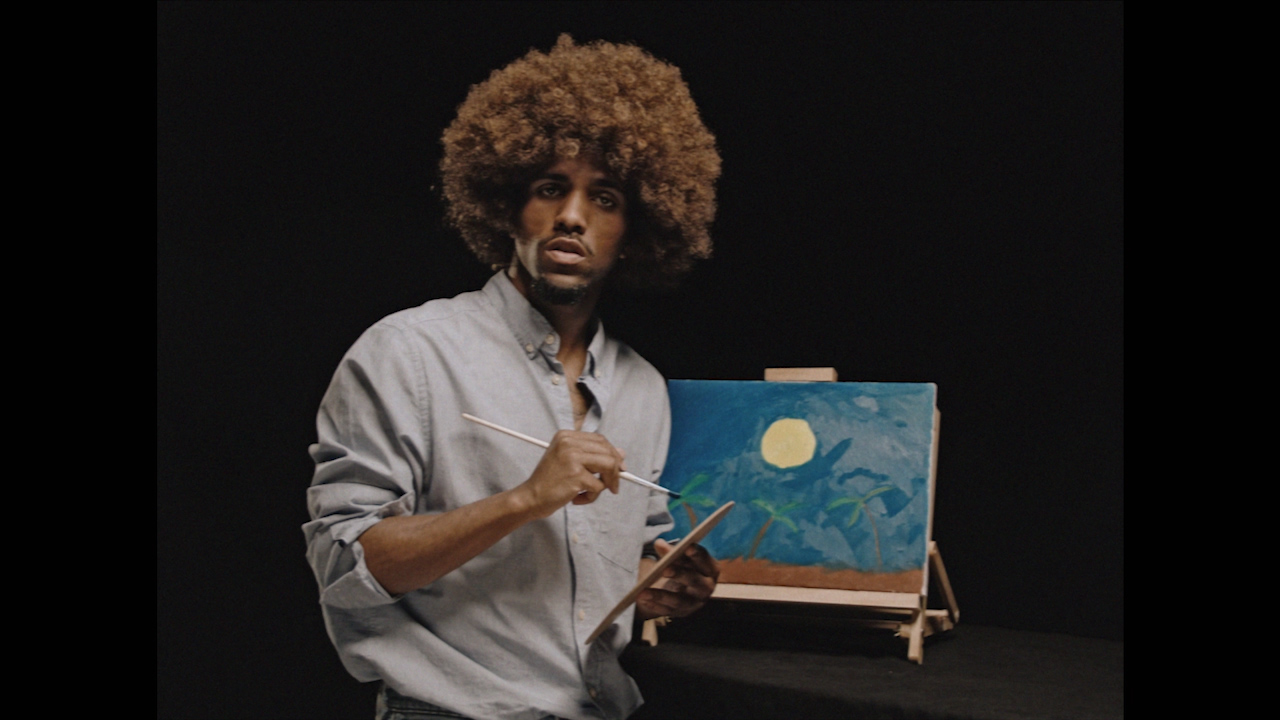 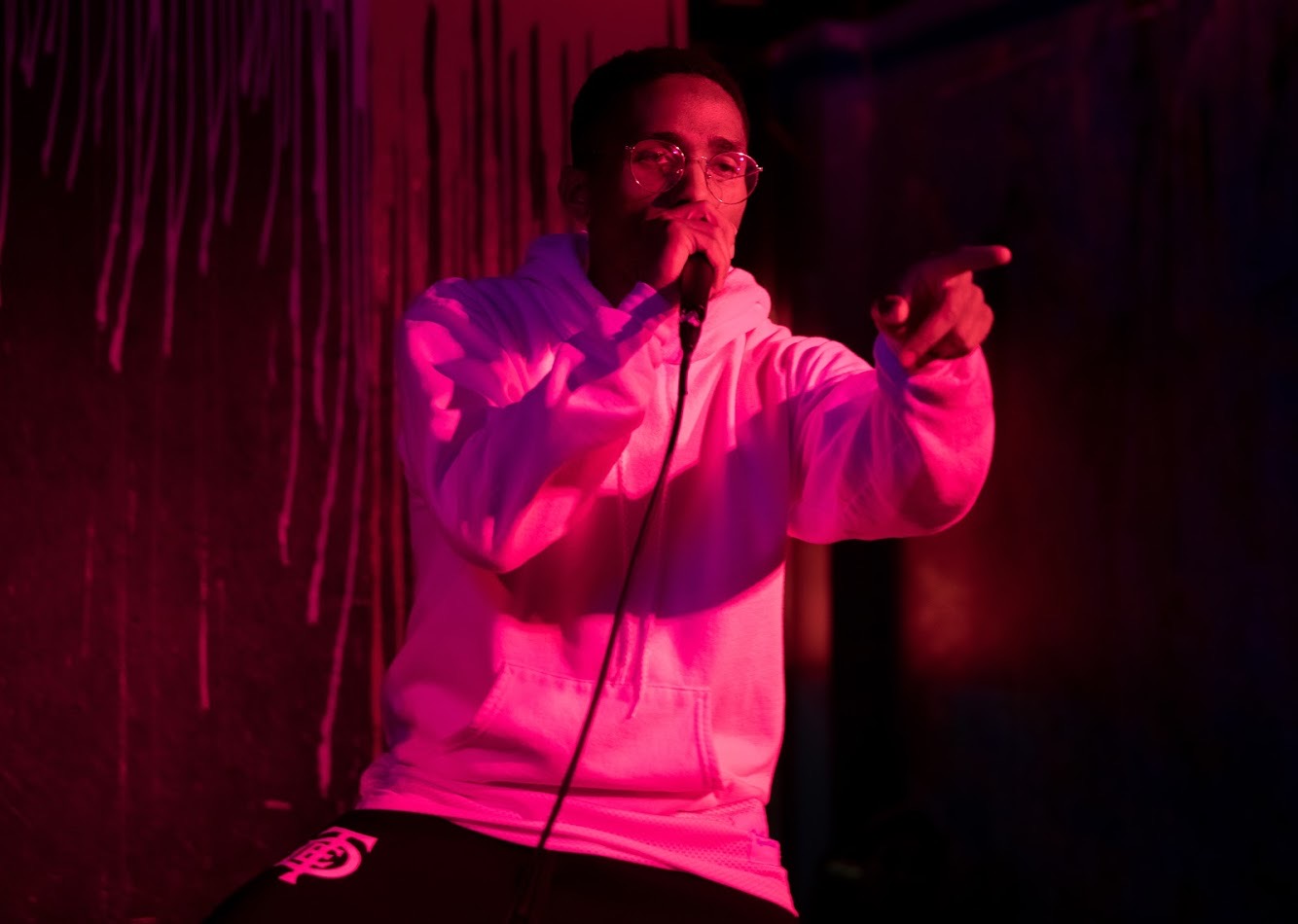 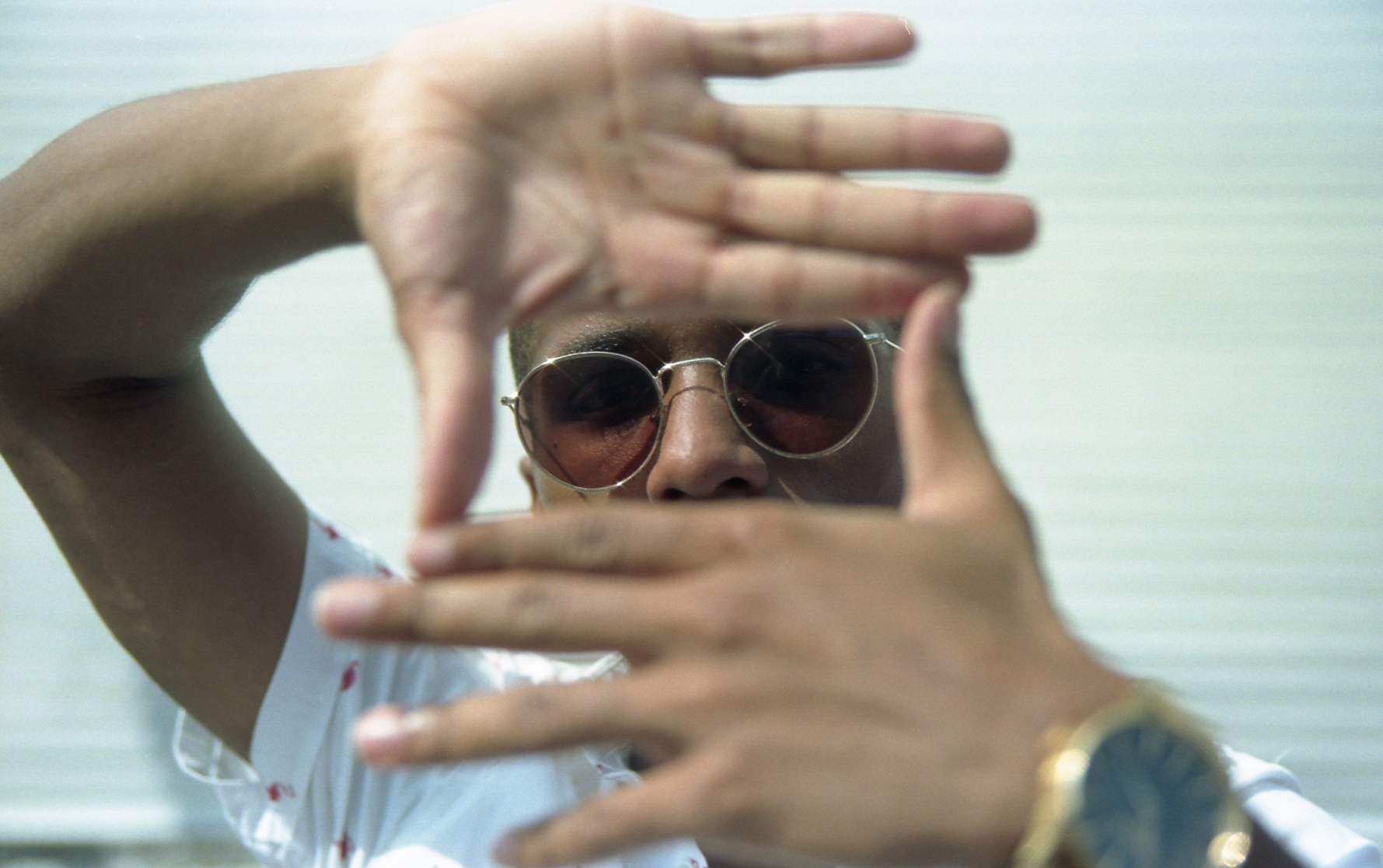