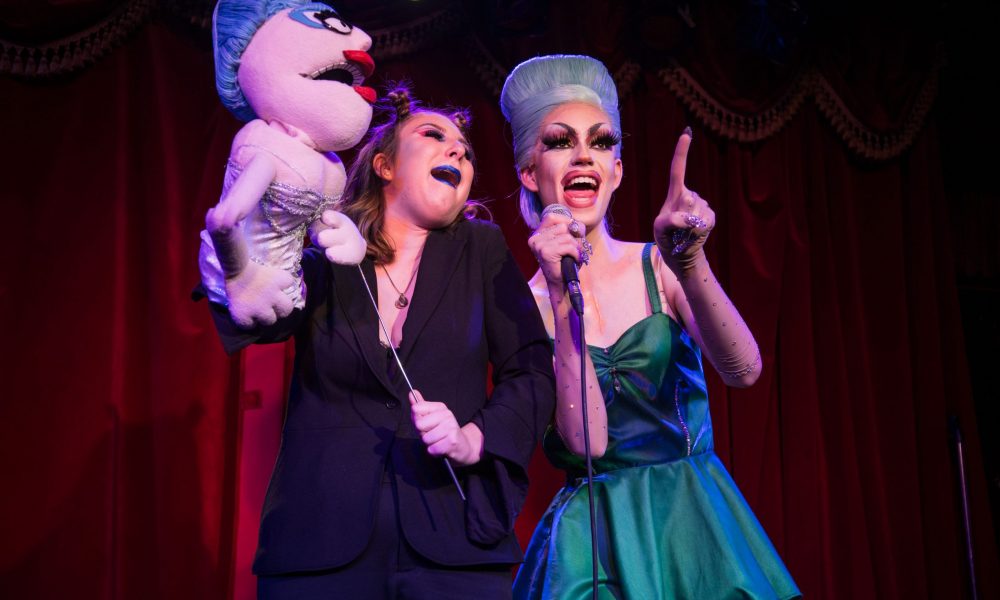 Please kick things off for us with some background on the story.
Raiah was born in Newport Beach with an Aries sun, and a Libra rising. She grew up constantly being around music; as a small child, she listened to the Chicago soundtrack on repeat and her father played guitar. From the beginning, she knew that music was in her future. Composers like Kerrigan and Lowdermilk, Jason Robert Brown, Stephen Sondheim, and David Yazbek shaped her into the composer she is today.

LØRELEI was born in San Diego with a Sagittarius sun, an Aries rising, and raised in San Clemente as the youngest of three boys. Growing up, he wanted to be a princess because “the princesses always have the better costumes,” and after years of playing dress up in his mom’s closet, he joined his local community theater at El Cabrillo Playhouse. He was inspired by glam rock stars like David Bowie, Pete Burns, and Hedwig and The Angry Inch to create a drag persona used exclusively for Halloween every year. After performing in drag for the first time out of high school, he decided to combine his love for LGBTQ+ representation and performing to push the boundaries of musical theatre using gender performance.

We met at the ripe age of 12 in seventh grade at the Orange County School of The Arts, and we were absolutely indifferent to each other. It took us six years before realizing how much trouble we could make together, and ever since our senior year we have been working to wreak havoc on the world of Musical Theater. Raiah’s perfect pitch and complex musical stylization combined with LØRELEI’s macabre drag and over-your-bullshit attitude created a passionate pairing of young writers who could take DTLA by storm. After starting college and moving to Los Angeles, we decided to venture into the world of vaudeville and cabaret to create “LØRELEI: I’m Coming Out,” a one-queen musical about our humble beginnings (nominated for a 2018 Los Angeles BroadwayWorld Award)… After being produced at the Hollywood Fringe Festival with Shinbone Theater Company in 2018, we began our circuit around LA nightlife, particularly at performance venues around DTLA. Since then, we’ve performed covers and original music at Precinct, The Peppermint Club, The Three Clubs, and more.

Great, so let’s dig a little deeper into the story – has it been an easy path overall and if not, what were the challenges you’ve had to overcome?
We have a policy in our writing meetings, where if we don’t have at least one mental breakdown per rehearsal, we didn’t get anything done. Jokes aside, we share the curse of being simultaneously hard-headed and overly-sensitive. However, with a friendship that has lasted for almost ten years, we have developed an intimate professional and personal relationship that champions pure candor and open communication. We continue to showcase the others’ strengths, while also tending to weaknesses that ultimately will make us better artists, better people, and a better team. We perform as often as we can while still maintaining a full-time student schedule at university. LØRELEI is B.A. candidate in Theater at UCLA while Raiah is a B.A. candidate in Music Composition at Occidental College. This, along with our performance schedule, makes for a very busy dance-card throughout the year that we often have to manage very carefully. Luckily, we have two heads working together to stay efficient and have fun while doing it.

Reynolds and Rofsky – what should we know?
Reynolds and Rofsky is our composition letterhead, with LØRELEI (given name Cooper Reynolds) on book/lyrics, and Raiah Rofsky on music. Together, we write pieces for Musical Theater, Cabaret performance, and Pop, with creative endeavors that range from film, television, and theater. We specialize in highly-theatrical, variety-esque stage shows that incorporate comedy, drag and emotional storytelling. As a writing duo, we’ve received nominations and awards, including the Elinor Remick Warren award for Best Acoustic Composition and the Los Angeles BroadwayWorld Awards for Best Solo Musical, Best Local Choreography, and Best Local Music Direction. Our style is irreverent, absurd, dynamic and intense, leaving audiences gasping and cheering for more.

What moment in your career do you look back most fondly on?
After being able to produce our first show at the Hollywood Fringe and seeing other drag artists and composers that we admire in the audience, we shared the blessing of creating art in Los Angeles around an incredibly supportive community. We would not be where we are if it weren’t for the close circle of mentors, friends, and family who continue to guide us professionally even today. We muse over the constant inspiration that we get from meeting new people, and our work pursues the goal of working with as many talented artists as possible and sharing our stories through music and writing. We are proud of the legacy that we carry, and can only hope to make them proud, too. 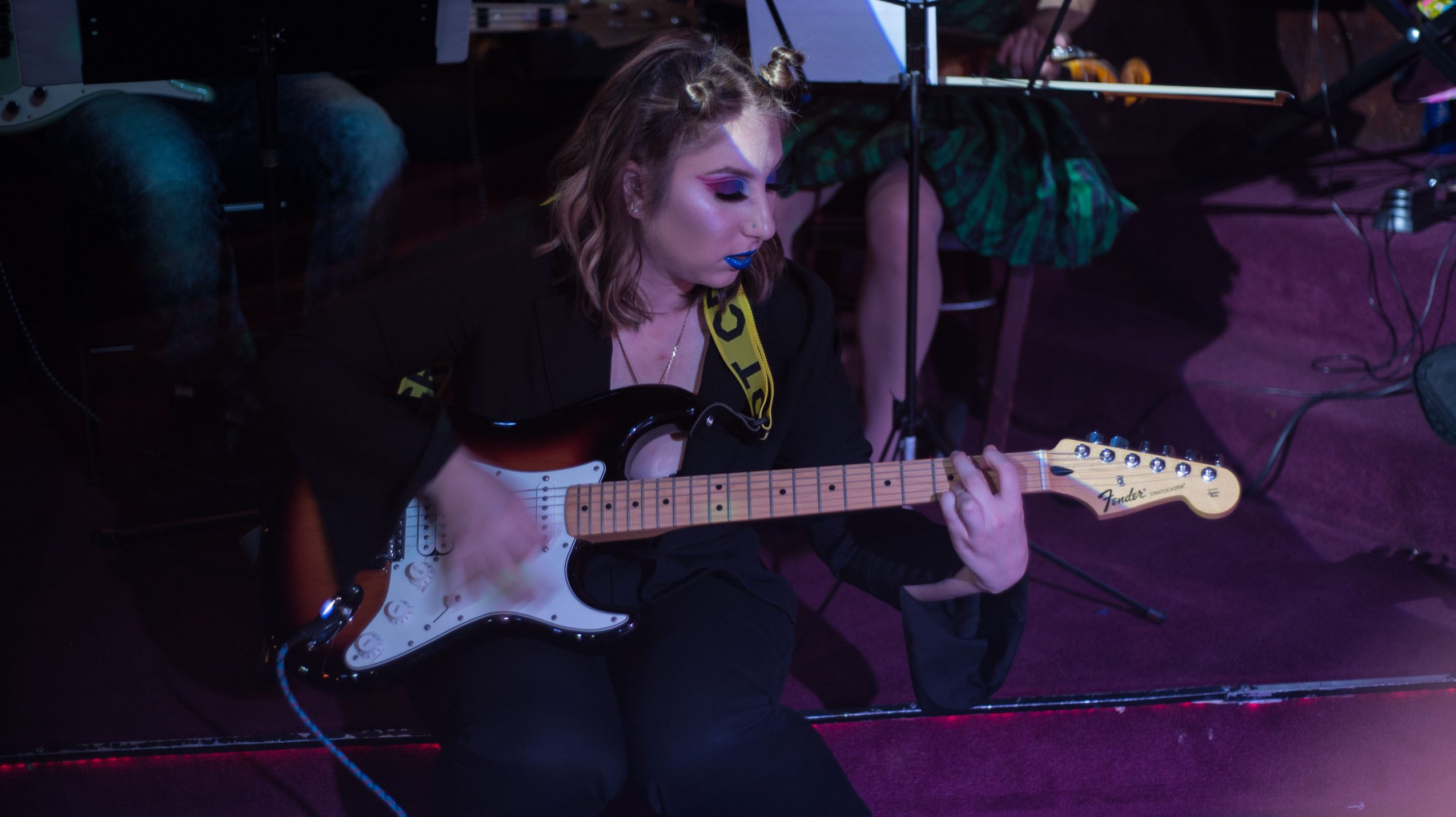 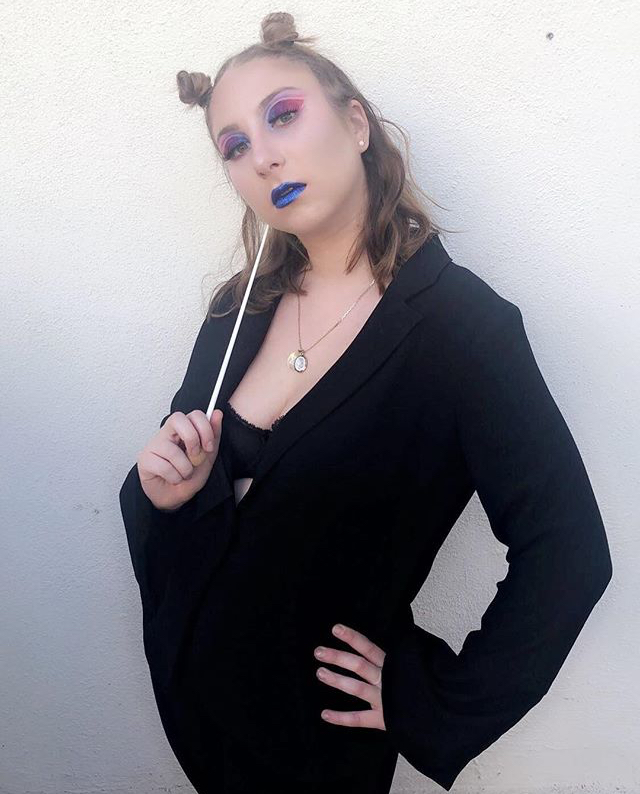 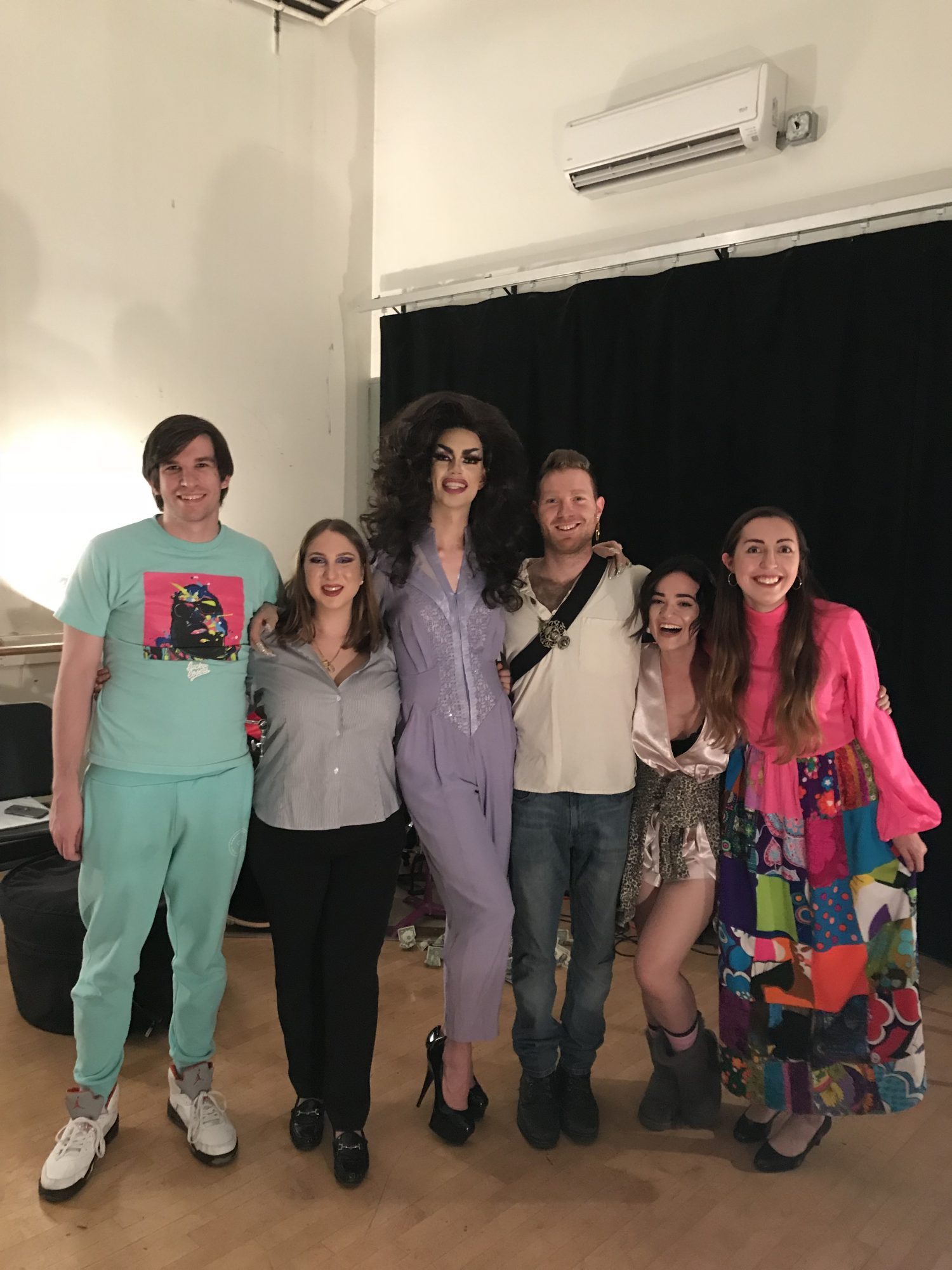 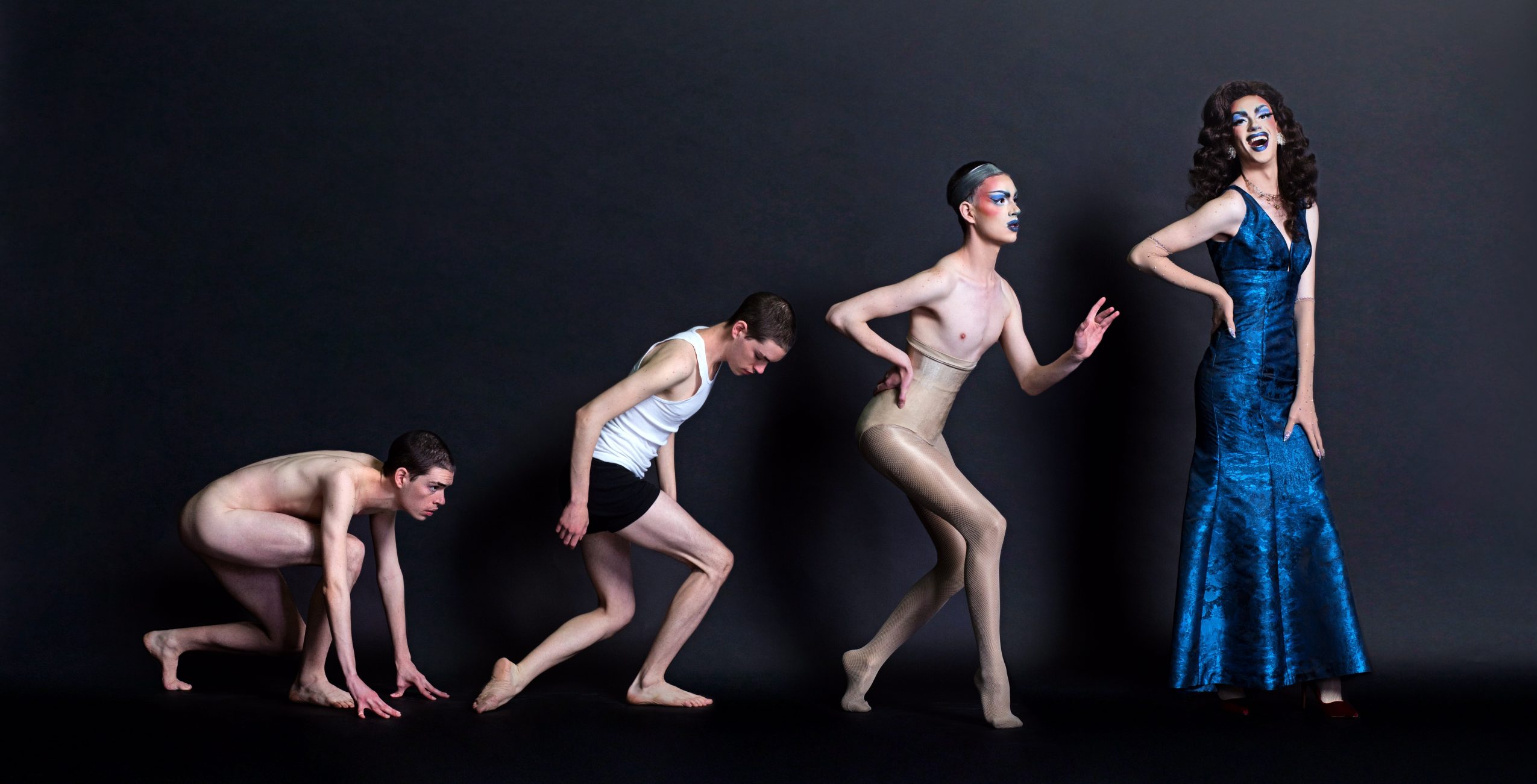 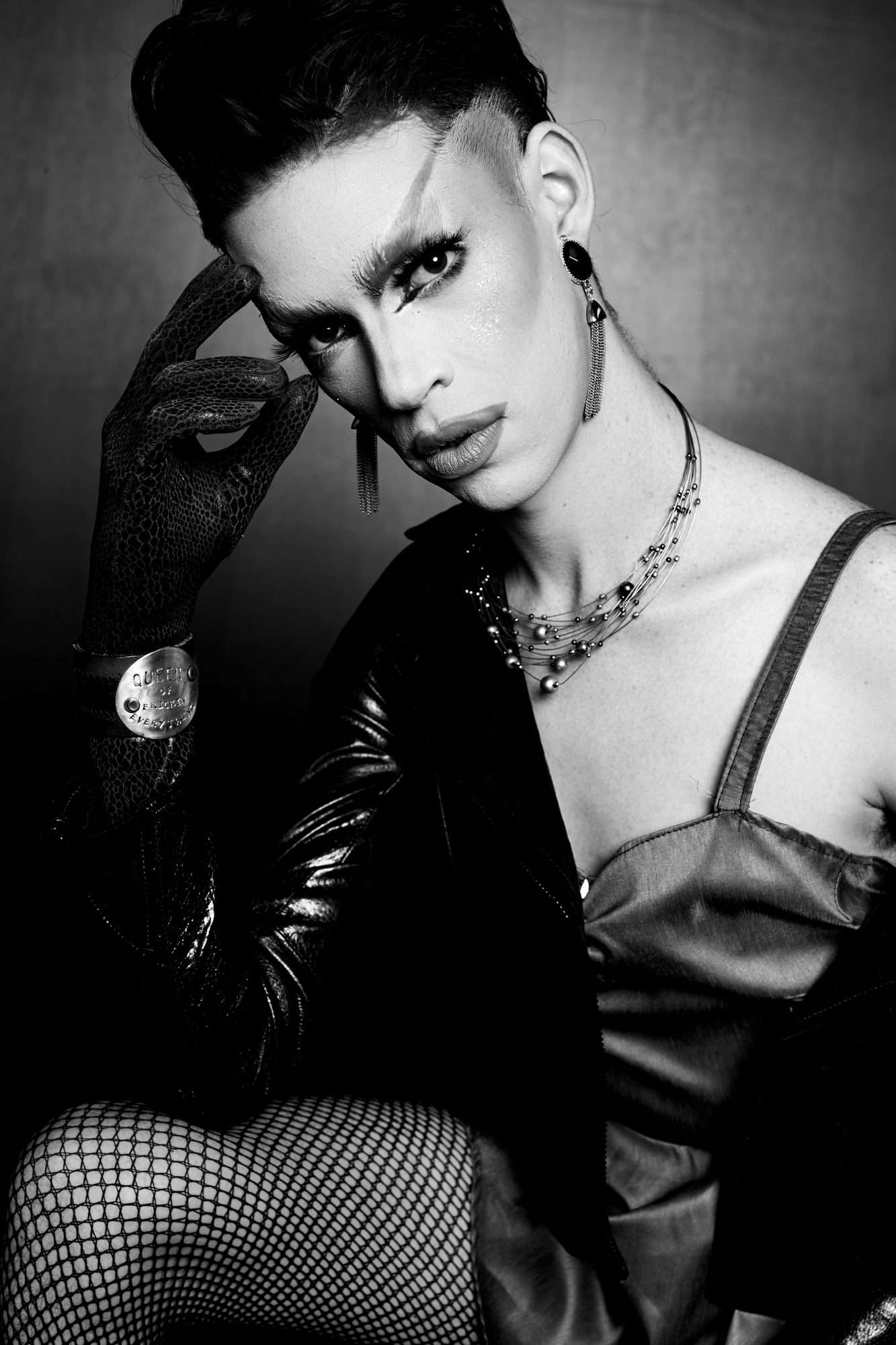 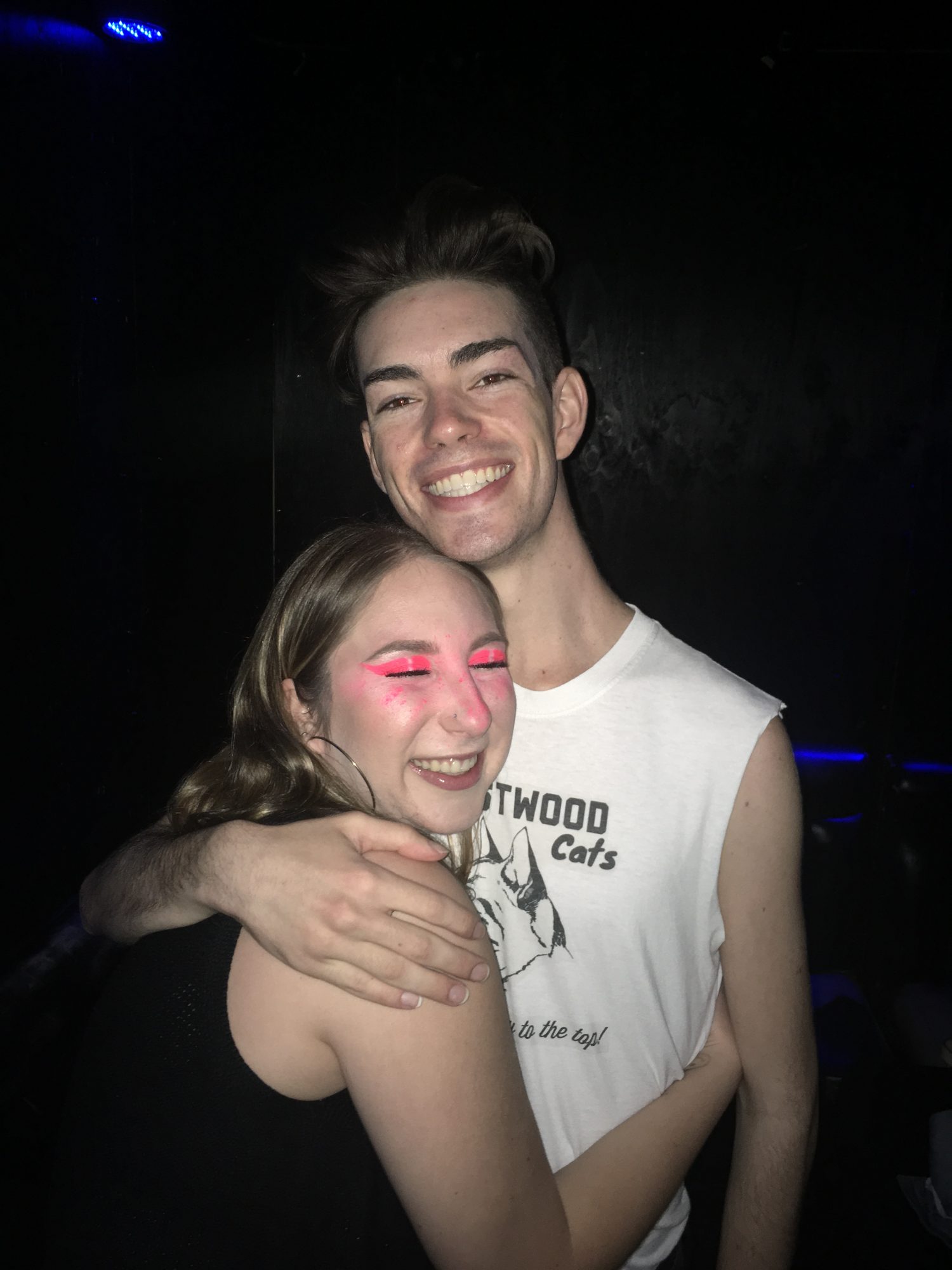 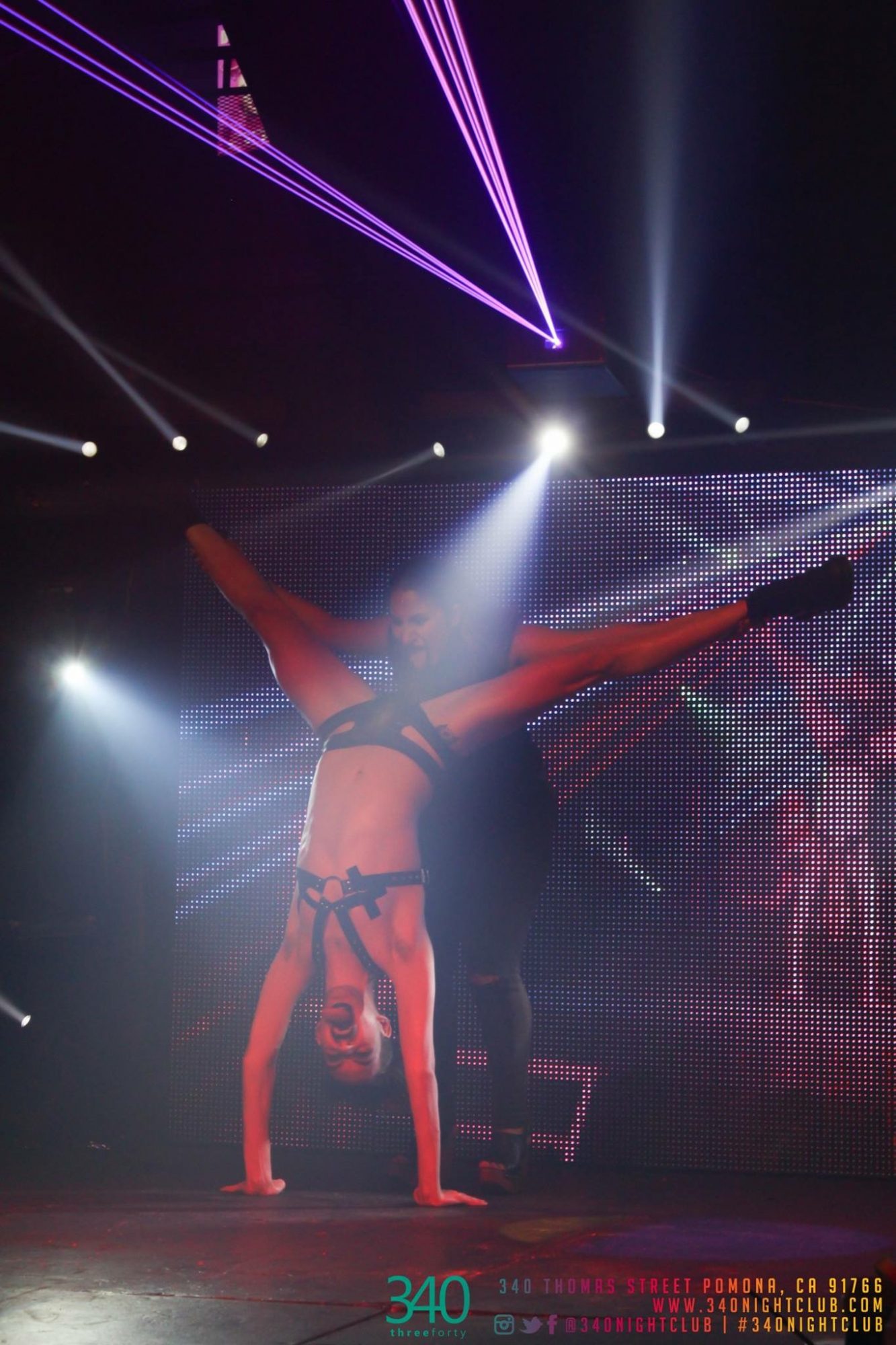