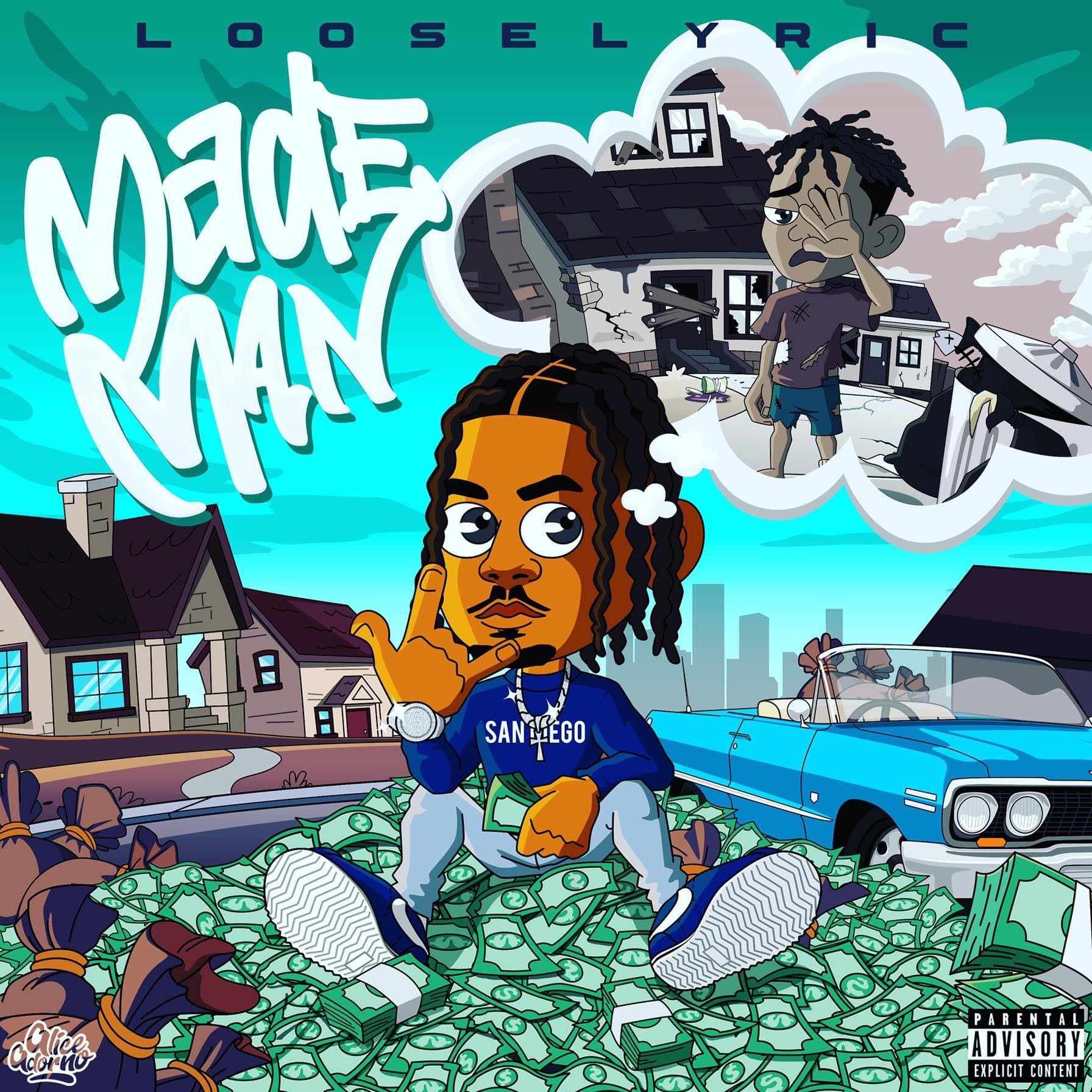 Hi Looselyric, it’s an honor to have you on the platform. Thanks for taking the time to share your story with us – to start maybe you can share some of your backstory with our readers?
My name is Anthony “Looselyric” Mcdavid. I started doing music when I was 17. I worked as an engineer/producer at a studio in San Diego at the time called “The Batkave”. The Batkave was a well-known studio in San Diego that a lot of the local stars and celebrities from out of town went to. I was lucky enough to get a spot there and develop a relationship with local talent that came in out. After working there for a year or so I had credits from artists like Bone Thugs, San Quin, Mitchy Slick and a couple of others. The only reason I started engineering is because I could NEVER find an engineer who could record my voice right. I have a unique voice and it takes a good engineer to know how to control it. After leaving The Batkave to further my skills, I started to rap full time. Since doing that I’ve DONE SONGS WITH artists such as Gucci Mane, Mozzy, Snoop Dogg, Mitchy Slick, Big June, I also have six projects released including one with San Diego legend Damu called “Loyalty is Rare”. I’m currently working on releasing my 7th project called “self made”. in this project it goes in depth on how I came from homeless living in my car to owning one of the top studios in San Diego and being a big artist/engineer out here all by myself with no co signs or handouts. I was on the news a couple of years back for a project I was helping produced and that I’m also on called reclaiming the community. In that interview, it shows how I went from homeless to self-made.

Can you talk to us a bit about the challenges and lessons you’ve learned along the way. Looking back would you say it’s been easy or smooth in retrospect?
I wish life was a smooth ride but idk one person’s life who has been perfect. I’ve struggled most of my life. I’ve grown up in the worst hoods. I’ve seen the worst shit. I’ve been shot at… shot back… been homeless living out my car and taking showers at 24hour fitness and losing homies it feels like weekly. But I’m blessed and appreciative of my road because my weakest moments made me strong enough to be the man I am today.

Alright, so let’s switch gears a bit and talk business. What should we know about your work?
I own and operate one of the top recording studios in San Diego. It is closed to the public and invites only. ~ Looselyric Studios