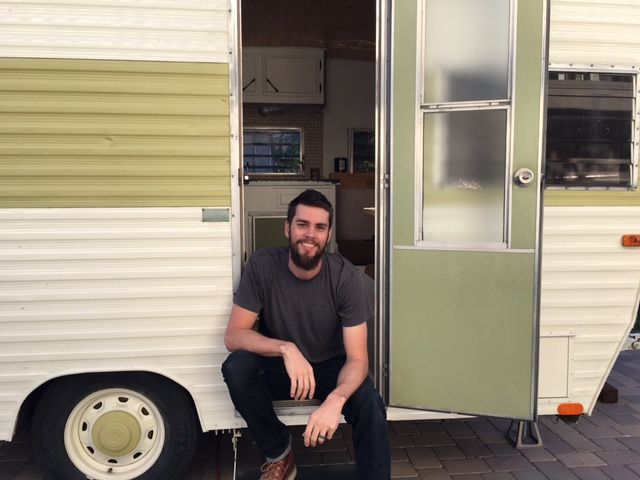 Today we’d like to introduce you to Jared Freitag.

Jared, please share your story with us. How did you get to where you are today?
Animation has always been a dream of mine but it didn’t come without a struggle. After I graduated college, my expectation was that I would find work in the wonderful world of animation. After all, I did just spend a small fortune on an education, that should give me a foot in the door, right? I was wrong. The next few years were spent applying to various animation studios, some big, some small but all had the same response, and that was no response. I began to feel my dream slipping away and didn’t know what to do. Animation was all I cared to do, there was no other option for me, but what do you do when there is no one willing to invest in you? Just keep working hard and believing that all your hard work will payoff in the end and that’s exactly what I did. It became a running joke with my friends that I was working on this never ending Animation reel, they’d ask if I wanted to hang out and I’d usually say, “I’ve got to work on my demo reel”.

Eventually, I saw an old friend who’s company was looking for an animator. Finally, my big break. She had decided to invest in me and that was so exciting. The challenge was, I’d never animated for anyone, let alone produced fully animated stories on my own. But I was determined to succeed, and wouldn’t let a lack of knowledge get in the way. Starting out, what I was producing wasn’t great, but as the years went by I got better and better. After a few years at that job it was coming to a close and I decided to move on. I was dreading looking for work again after the years I spent trying to get a job. Luckily, I had another friend who was encouraging me to become a freelance animator and as scary as that was it bloomed into something I never expected. One job turned into two and work began to steadily increase. People all around my community were willing to invest in me and it has been such a beautiful and exciting thing to experience.

I suddenly realized that I didn’t need the full-time job and corporate pressure. I found myself beginning to re-think the typical 9-5 work environment. What does it look like to be your own boss and have your own workspace, this thinking was just the tip of the iceberg. My wife, who has been the biggest supporter and encouragement to backwoods animation helped me to realize something amazing. What would it look like to have your own creative space that you could transport anywhere you’d like? From the warm sandy beaches of southern California to the mountains and great plains of Yellowstone. We had an epiphany to convert a vintage camper trailer into a portable animation studio and that’s just what we did. You see, Backwoods animation has always drawn inspiration from the beauty and peace of the great outdoors, but now we actually have the ability to call these places our work environment. There are no limits to finding creativity and we want to inspire people to find their dream and fight for it. All great things are worth fighting for and the struggle only makes you appreciate it more.

Any predictions for the industry over the next few years?
There’s not really much to be done in terms of, re-inventing the wheel, when it comes to animation. The principals are the same whether its, 2-D, 3-D, stop-motion, or some hybrid form of animation. It all comes down to the story, The focus should never be so much on the imagery, but more so on the story, you’re telling. Over the years, animation has reached its new golden age, but with that comes worrisome future. As the demand for animation goes up, the quality and brilliance for which we were drawn to it, goes down. Eventually, the market becomes so polluted with animation that lacks intelligence and warmth that it can be quickly written off as a cheap novelty. My vision and goal for Backwoods animation and for the entire animation community is that we never lose that fire to create something better than we did before.

Has there been a particular challenge that you’ve faced over the years?
My biggest challenge was believing that I wasn’t capable of handling all aspects of production on my own. As a student, I was taught to pick a field and stick with it. Basically, I was told I can master one thing or do multiple things with mediocrity. I now know that this isn’t true. As an animator, I get to explore multiple mediums of creativity, from storytelling, to design, to the principles of animation. Although none of these have come easy for me, I have learned that in order to master one, you must fully understand the other. I have devoted my entire career to understanding the inner workings of production for animation and I can honestly say that I didn’t start off as a prodigy or even someone who appeared to have any talent. It took years of hard work and there will be many more years of exciting new challenges to experience.

What would you tell someone who is just starting out?
The best advice I can give is NETWORK NETWORK NETWORK! I was told this early on, but never really understood it until I started my own business. My many years of work have all come through word of mouth by a friend, colleague, family member, you name it. Bottom line, I didn’t just make a website with my portfolio and wait for the clients to come pouring in. In order to make a name for yourself you have to hustle and be great full to those who invest in you.