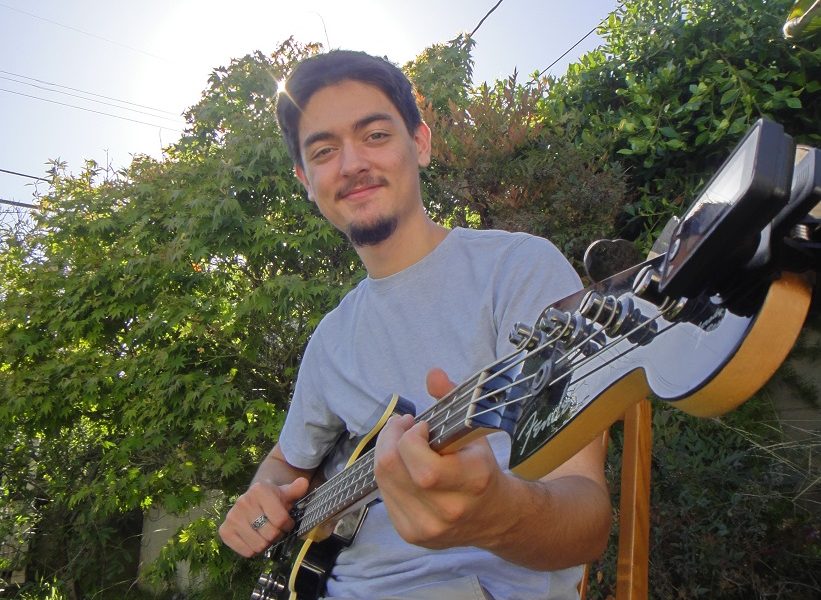 Today we’d like to introduce you to Logan Hannig.

So, before we jump into specific questions, why don’t you give us some details about you and your story.
I had been an actor for a large portion of my life. I started out acting at the Westcher Playhouse back in 2009. I was only seven at the time, but I was pretty sure that I wanted to pursue acting as a career. And I did for a long time. Around the time I started high school, I was slowly starting to lose interest. I still had acting as my major, only because that’s where I felt comfortable. I was not taking it seriously though. By the end of my third year, I started listening to music regularly and I loved it. I was so fascinated by it. Particularly music from the 70s-80s. At the end of my junior year in high school, I went to my counselor and asked if I could try to join a beginner saxophone class.

My counselor said something along the lines of “uhhhh most people don’t join an instrument class in their senior year.” I just asked if it was possible. He said maybe, so I requested it. I grew tired of waiting to start making some music, so I went home, picked up my dad’s bass, and started playing. I absolutely loved it. I would play for hours and hours a day. I saved up some money from working at a burger restaurant and bought my own bass and amp, which have carried me this far. I did not end up in a beginner saxophone class, so I found the only place at my school where I could practice my electric bass and I did nothing but that all day, every day for the rest of my time in high school. I’m now currently taking my fifth quarter at Musicians Institute and I’m collaborating with many different artists. It’s truly a dream come true.

Has it been a smooth road?
I’m sure other people have had it worse. The biggest obstacle for me, and it felt huge at the time, was the transition period – my senior year of high school. Throughout the first three years of high school, I had been building up a group of friends that I felt comfortable with. Most, if not all of them were in the theater department. When I made the decision to stop acting and start studying music, it felt like I was drifting away from all of those friends. I was practicing all day, so I lost my friends in the theater department and I hadn’t been playing for long enough, so I didn’t feel like I fit in with the music kids. I was sort of lost somewhere in the middle. It was a totally new feeling for me. To be so happy because I’m being totally immersed in this new world I’m discovering, yet so lonely because I had no one to share it with. I felt that way for a while until I met my girlfriend. She and I were going through something pretty similar. We both felt a great bit of relief when we found each other. I found out how great she is at singing, so we’re starting to make music together now, which is so fantastic. Plus, now I’m at Musicians Institute, so I’m surrounded by like-minded individuals.

Can you give our readers some background on your music?
I’m a bass guitarist. I make music, first and foremost. It doesn’t really matter what kind of music I enjoy playing it all. I’m most happy when I get to play some classic funk or when I can slap, but I’ll be there whether I’m supposed to learn a song by ear, read a chord chart, or just sight read a pre-written bassline. I want to do it all. I would say one thing that separates me from other people is my ability to learn things quickly. I really don’t know everything, but I’m always learning. I’m constantly working on my technique to make sure that the notes I play feel good and I’m constantly working on my knowledge of the theory behind the notes I play.

Apart from actually playing, I’m a pretty receptive person. I don’t like to talk over people or disrespect others. If anyone has any sort of opinion, I’m always open to hearing it. I could be wrong, but from what I’ve seen, a lot of people are more worried about playing the right part than communicating with the other musicians. I’ve been inspired by the likes of Stanley Clarke, Chick Corea, Victor Wooten, Stuart Hamm, and Marcus Miller since day 1. When they play with other people, they’re smiling and laughing and constantly looking at the other musicians. It’s a conversation that I want to be part of.

Let’s touch on your thoughts about our city – what do you like the most and least?
I love how close we are to the beach. I was raised with the beach always being less than fifteen minutes away. It’s a luxury that many people take for granted. Also, the music scene here is pretty vibrant and accepting. I would say my least favorite parts about this city are obviously the traffic, but also how quickly people write each other off. A lot of the time, people think loud people are crazy. Sometimes that’s true, but there’s no way to know that unless you talk to them. I’ve had some of the most interesting conversations with people either living on the streets or talking to themselves. All I’m saying is that it’s healthy to not judge a book by its cover. 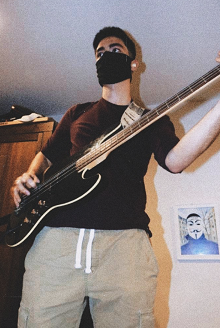 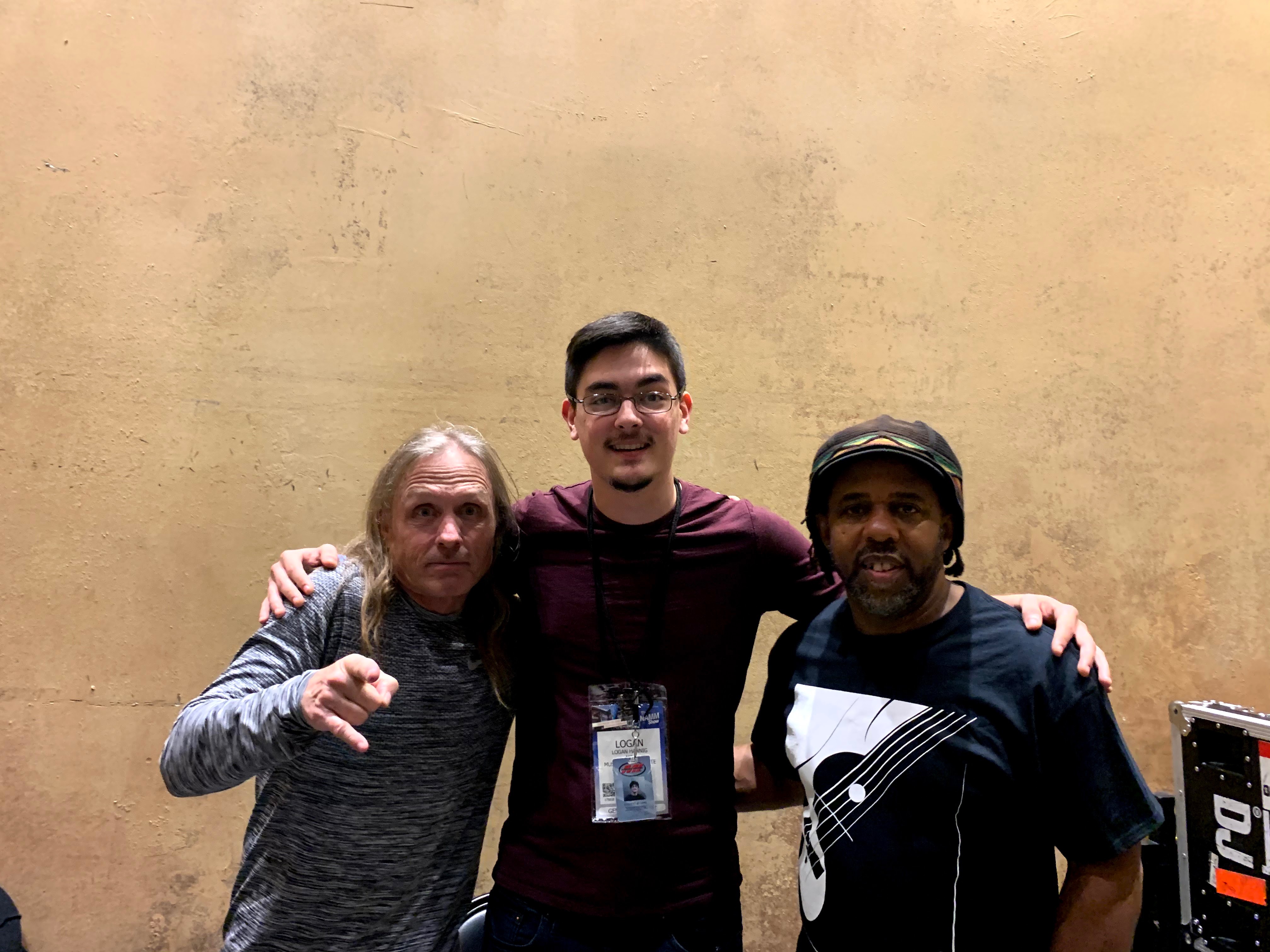 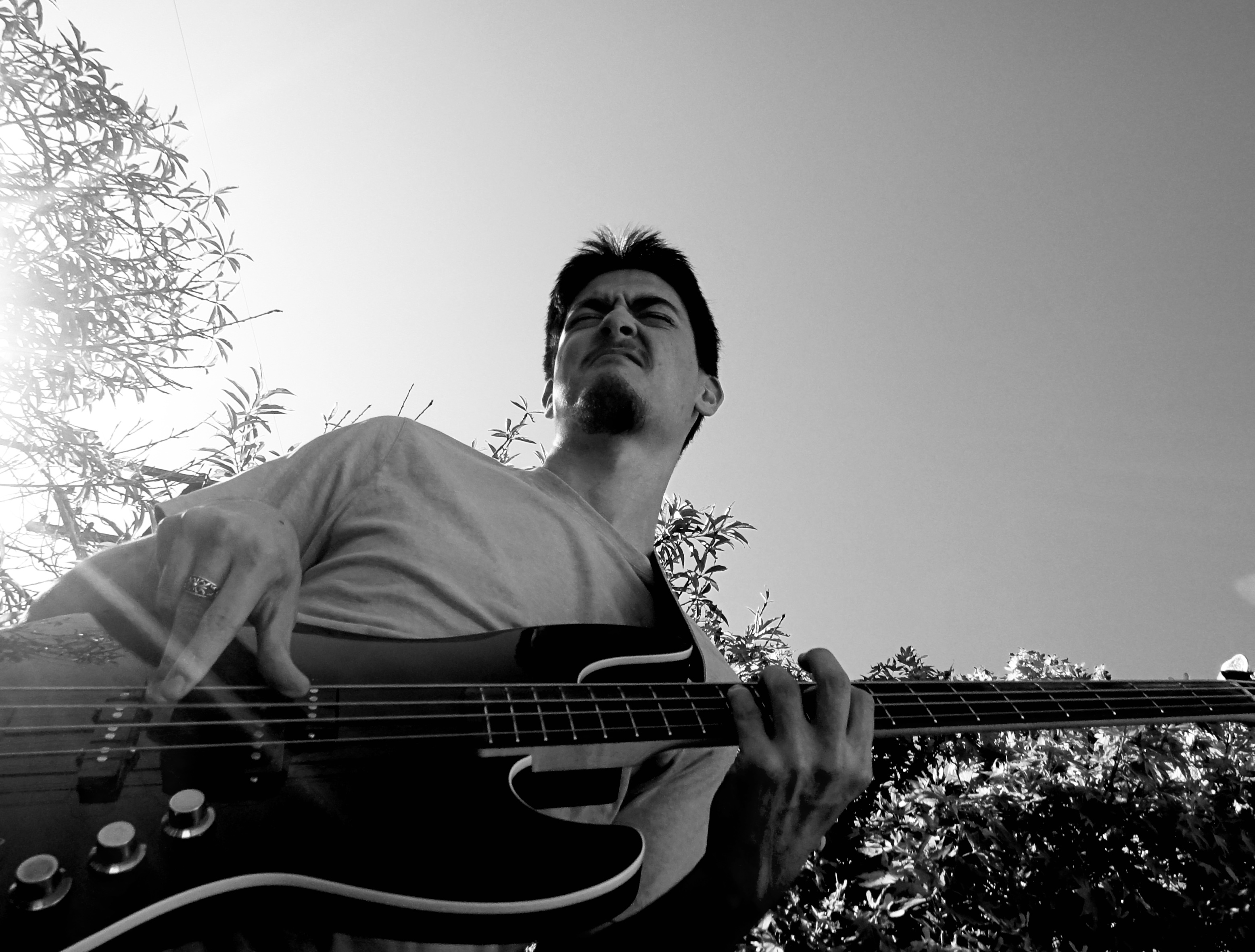 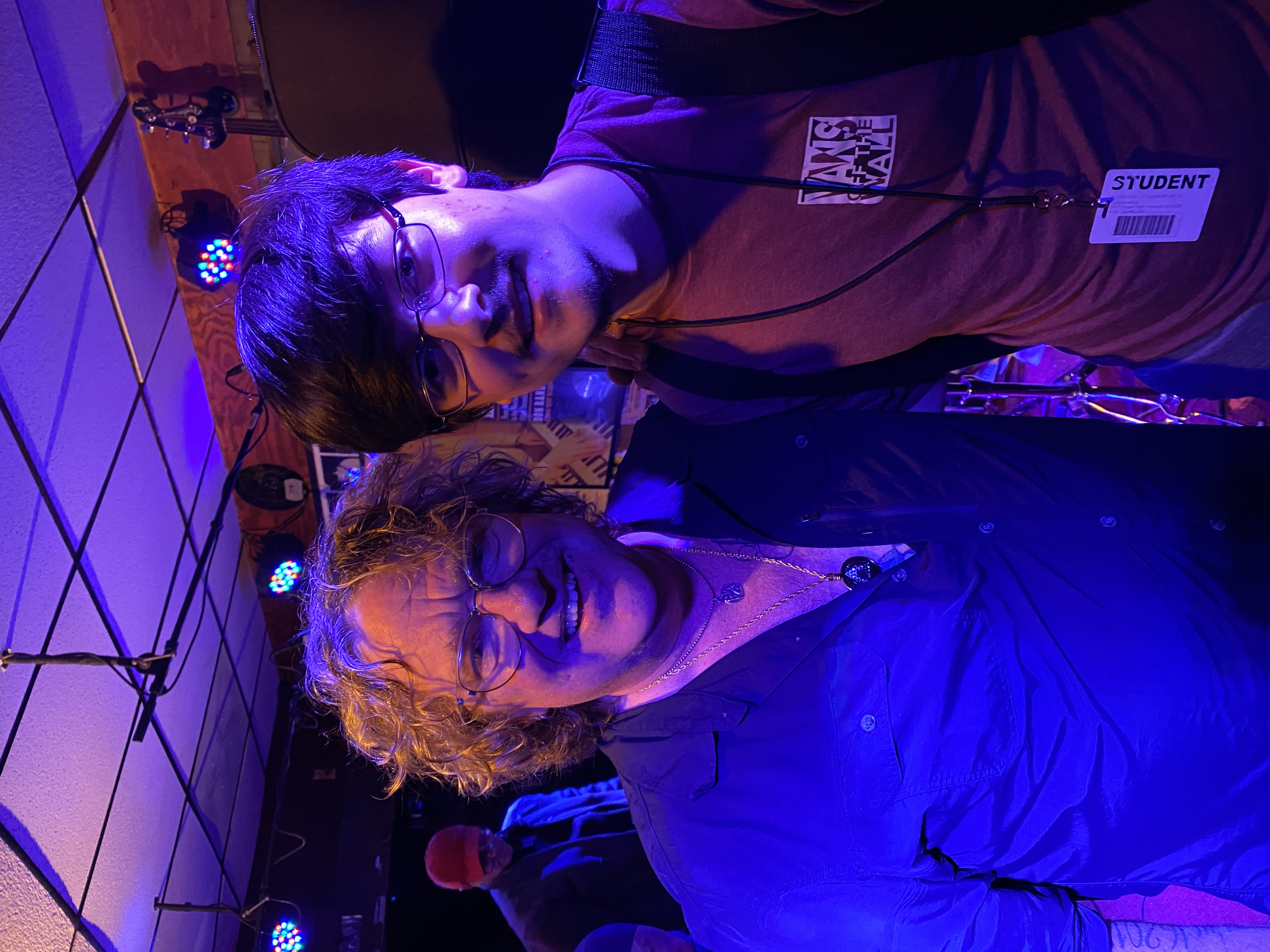 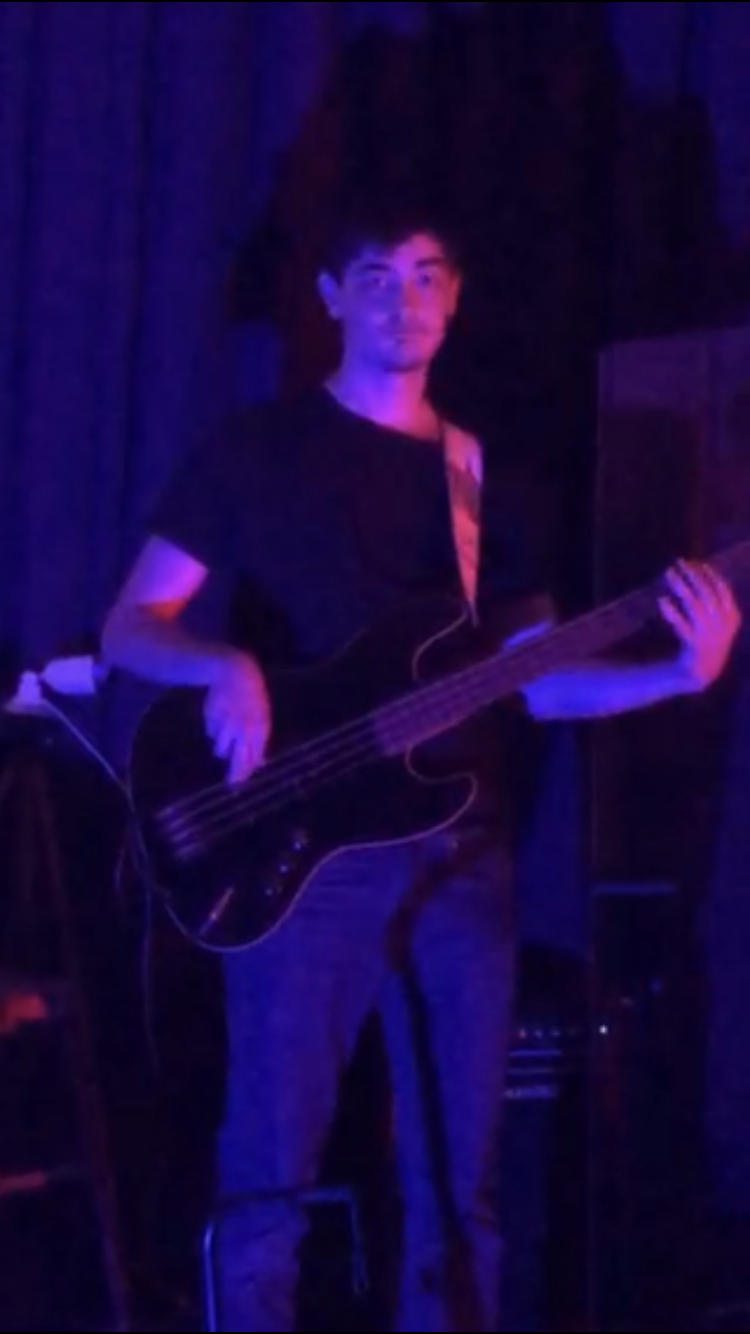 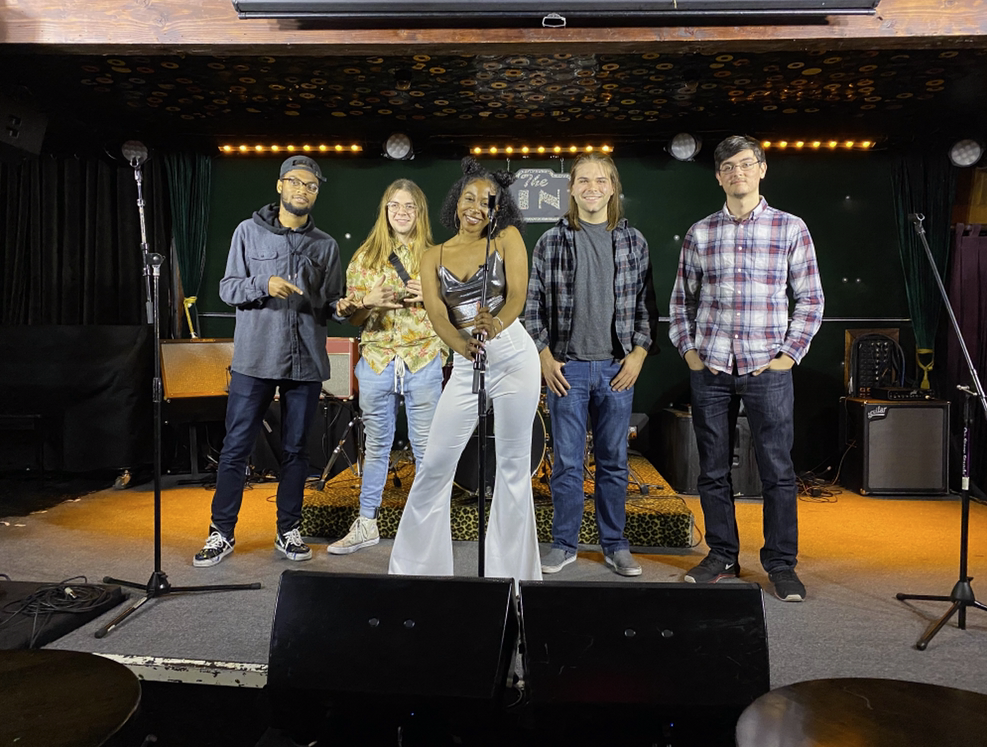