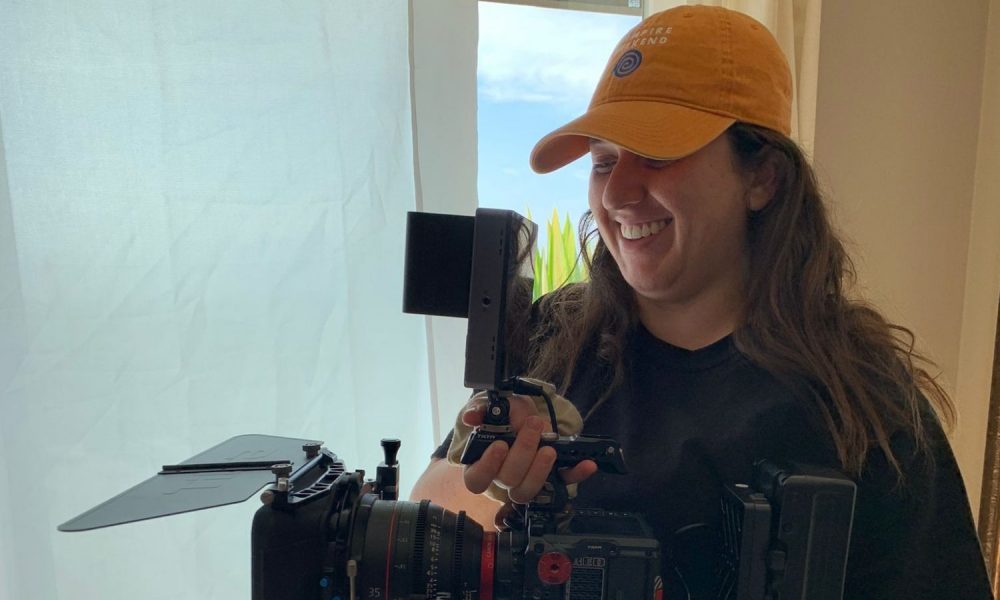 Today we’d like to introduce you to Lizzie Green.

Hi Lizzie, we’re thrilled to have a chance to learn your story today. So, before we get into specifics, maybe you can briefly walk us through how you got to where you are today?
I grew up in St. Louis, Missouri, and was always interested in art and writing. Basically, everyone in my family works in medical/science-adjacent fields, and there is no film industry at all in St. Louis, so my dream of becoming a director felt like something silly that I couldn’t say out loud. I didn’t see a clear path to making it a reality, especially when every single one of the movies I’d watch was directed by a man. I’m incredibly lucky that my high school offered a class where we could check out cameras and shoot little journalism pieces, which allowed me to start learning and experimenting with visual storytelling. My senior year of high school, I took an independent study where I was able to shoot my first film. As a crew of one (only myself!) and literally no concept of how to film anything, I shot, directed, and edited a 13-minute comedy (that really could have been 5 minutes) about a girl whose parents send her to “awkward camp”. As it turns out, this style and theme is something I return to often in my work – comedies about people who don’t fit into the norm.

I went to undergrad at Boston College, where I studied political science while minoring in film. I took some film classes, spent my free time working on student film sets, and organized some film-related clubs, knowing that film was my passion but always cultivating a backup plan in case, it didn’t work out. My junior year, I got into an internship program at Late Night With Seth Meyers, so I moved to New York for a semester and worked for the show, writing joke setups, running errands, and filling the staff fridge with hundreds of yogurts that they received for free for some unknown reason. This experience gave me the courage to take film as a career seriously. I was introduced to many jobs in the industry that I didn’t know existed, so it suddenly felt more accessible to me.

After graduating college, I moved to New York to look for work as a production assistant. I ended up working as an office PA on shows like The Alec Baldwin Show, The $100,000 Pyramid, Sesame Street and more – but mostly unscripted shows. I enjoyed the work and learned a lot, but started to feel removed from what drew me to filmmaking in the first place – the visual art of it and connecting to characters through storytelling. I applied to film schools, and after one round of all-around rejections, I got into USC and have been pursuing my MFA in Film & TV Production there for the past year and a half. It’s exciting to finally feel like I’m doing exactly what I’ve always wanted to do, surrounded by so many incredibly talented people to collaborate with and learn from.

I’m sure you wouldn’t say it’s been obstacle free, but so far would you say the journey have been a fairly smooth road?
I think my greatest obstacle has been myself. Even though I’ve wanted to be a filmmaker for many years, there was always a voice in the back of my brain telling me I probably wasn’t good enough to succeed. A lot of this stems from growing up without seeing many people like me (specifically, women) succeeding in the industry. When there are only one or two women on your radar making movies, compared to thousands of men doing the same thing, you internalize the idea that there might not be a place for you out there. You think that in order to succeed, you have to be the best of not only all the men but all the women who want to be filmmakers, and that can be very intimidating.

I hit a low point a few years ago before I applied to USC, where I was working countless hours as a PA without feeling like I was making any progress towards my goals. I considered giving up and pursuing something like law school, where I could at least develop a career that would be mentally stimulating, even if it wasn’t my dream. Instead, I decided to reevaluate the rigid, step-by-step plan I had created for myself based on arbitrary markers of success. Reflecting on what I actually wanted out of my life and career led me to apply to USC, where I now get to focus all of my time and energy on developing as an artist and filmmaker.

Appreciate you sharing that. What else should we know about what you do?
I am a writer/director who focuses on comedic, character-driven stories. I’m most interested in telling stories about women and people who find themselves on the outside of society’s norms. I often look to my own life for inspiration, or conversations overheard at coffee shops, or stories told by friends about interesting people they’ve encountered. I try to depict people as honestly as I can, through my own lens, and genuinely try to understand each character and why they are the way they are. I believe that my unique sense of humor and way of interpreting the world around me sets me apart from others.

Have you learned any interesting or important lessons due to the Covid-19 Crisis?
If nothing else, Covid has affirmed my belief that storytelling is essential to humanity. It is a way to connect us when we are most isolated and give us hope during the darkest times, even if that is in the form of a sitcom that offers just 20 minutes of escape. 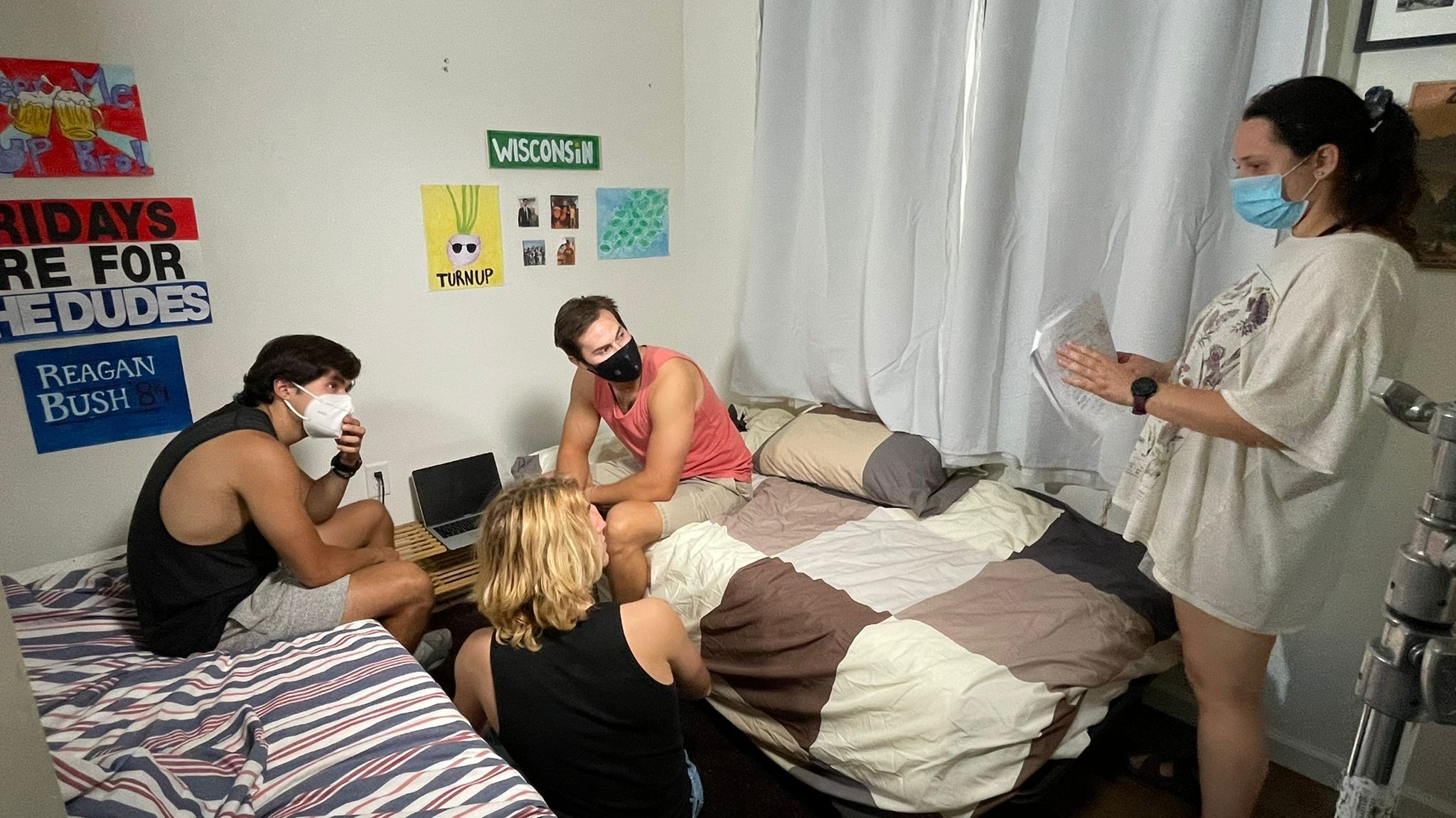 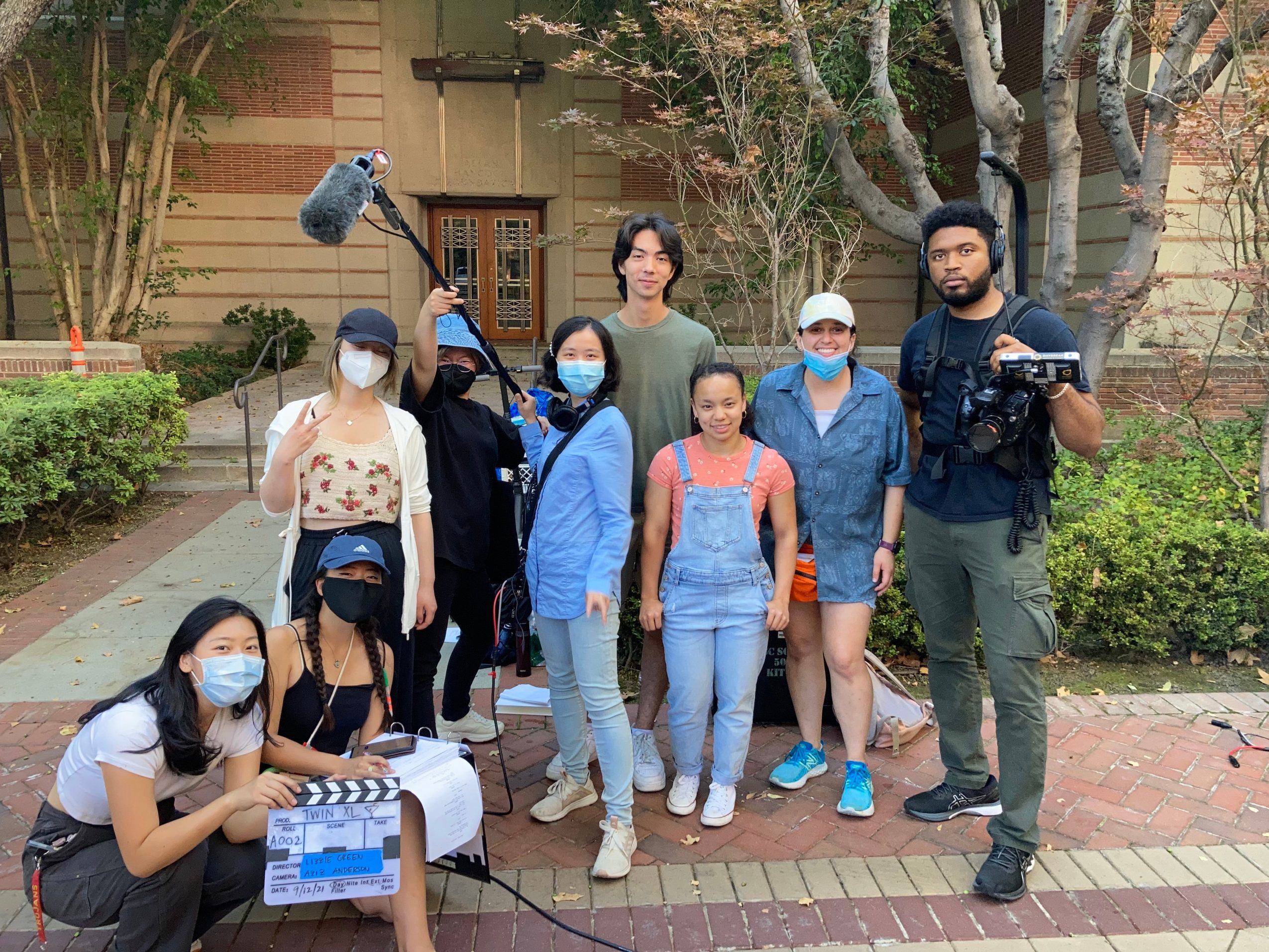 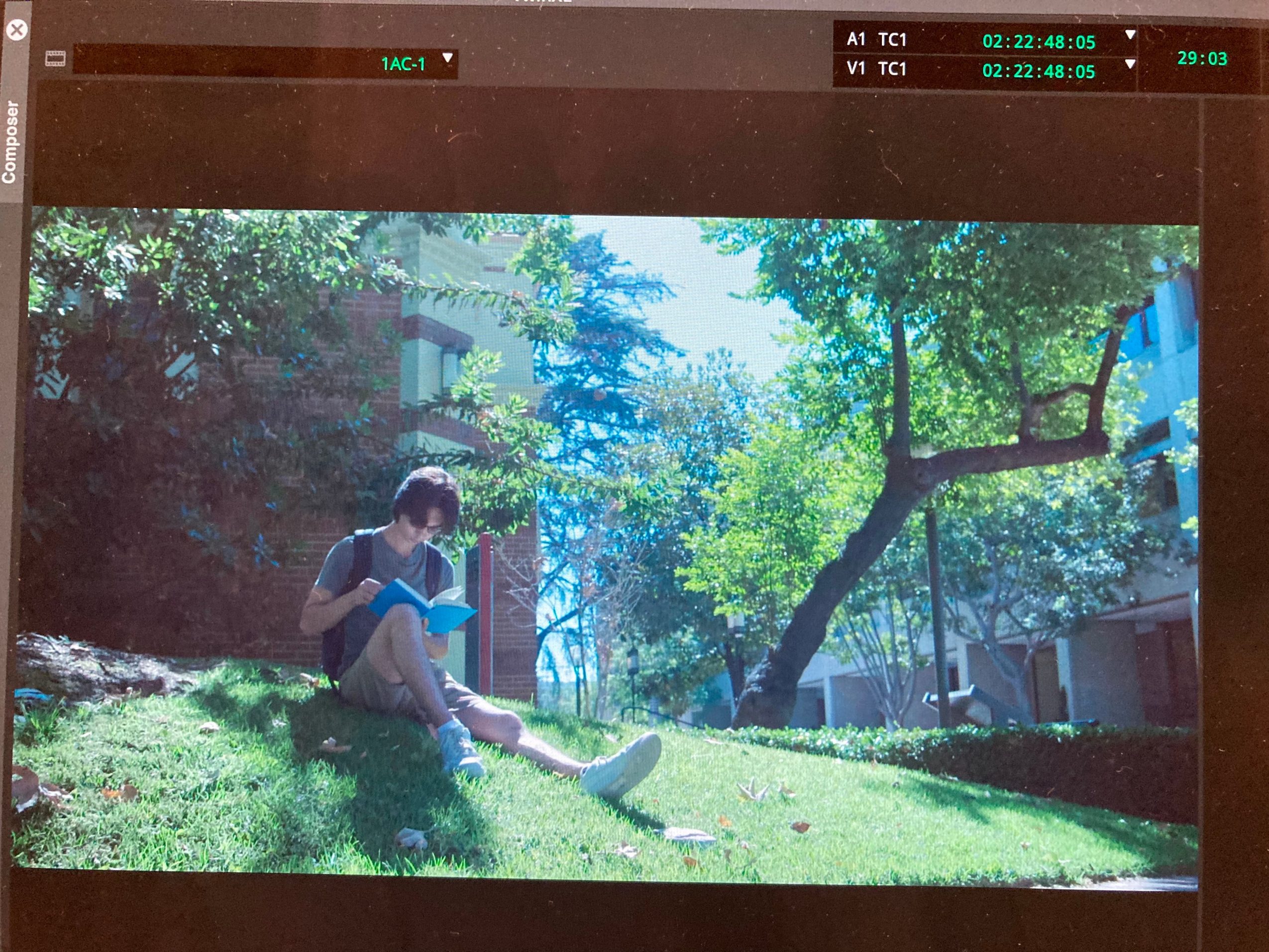 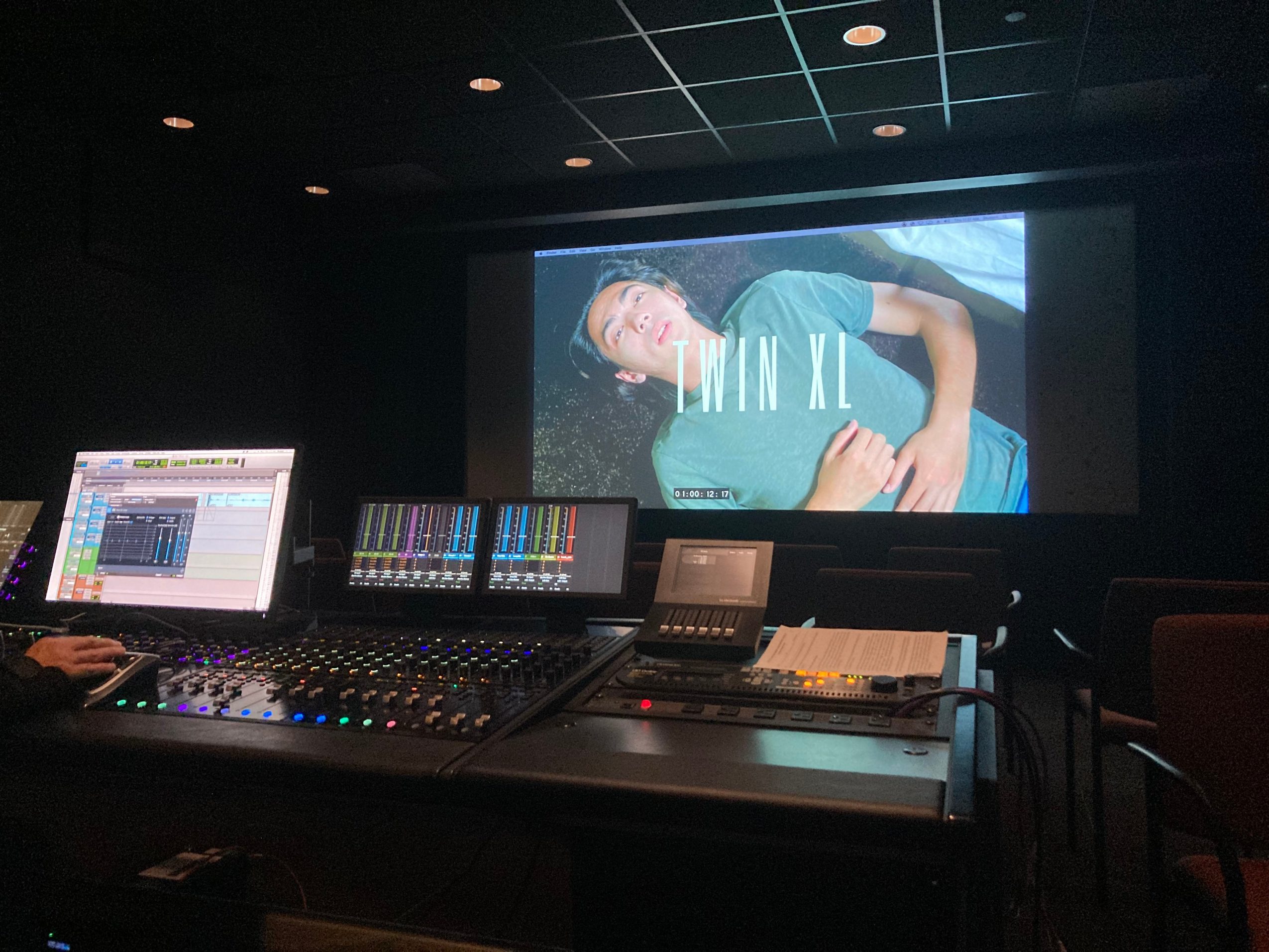