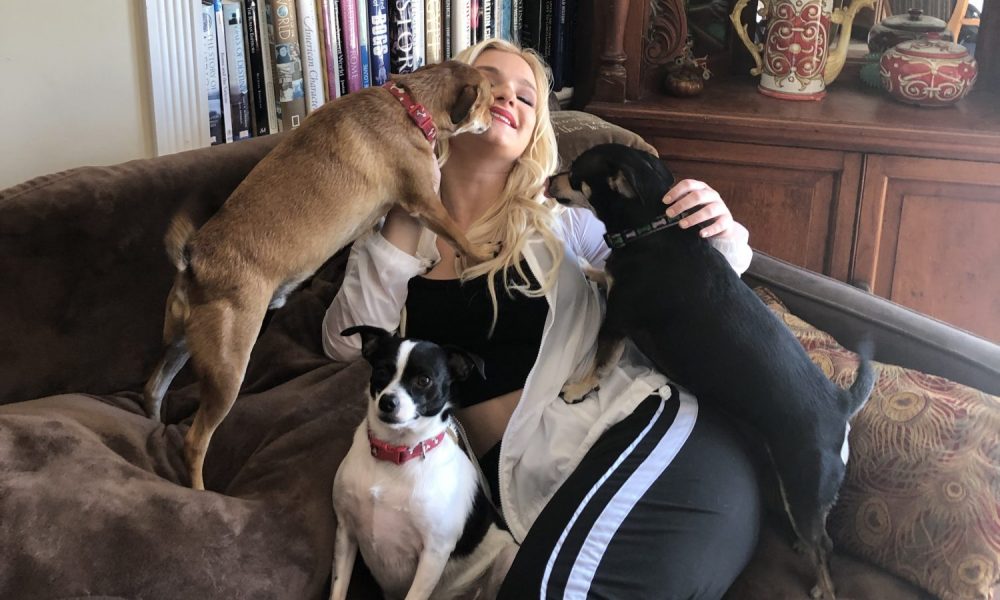 Today we’d like to introduce you to Liza Jane Catana.

Liza Jane, can you briefly walk us through your story – how you started and how you got to where you are today.
I am 21 years old and born and raised in Key West, Florida. I have been singing since two years old and I am known for my rock-opera style. As a baby, I never liked to sleep; I preferred watching music videos such as Elton John and David Bowie. When I was two years old, at the famous Miami Beach hotel the “Fontaine Bleau,” I disappeared from my mother’s side and while my parents searched frantically to find me, they announced over the intercom that they had a new singer two years old “Liza Jane” who wanted to perform with their band. I sang “Jingle Bells” in front of hundreds of people and refused to get off the stage. Most days, I would wear a blue wig around the house with a microphone and ruby slippers and sing “Cher” songs on repeat watching Cher’s music video live from Las Vegas. I would disco with my mother to Donna Summers and dance hip hop to the PussyCat Dolls. At one ballet recital I wore a red, white and blue flapper outfit and refused to get off the stage insisting the “Good Ship Lollipop” needed to be sung and tapped dance for an additional 15 minutes. Once again, I had to be drug off the stage.

At four years old, I made it necessary to wear my pink princess sleeping beauty gown everyday with my matching crown and magic wand. One day, while my mother was making my lunch in the kitchen, she heard the radio on in the other room and someone singing with the most beautiful, classical voice. My mother walked into the TV room and found that I was the one singing “Once Upon a Dream” from Disney’s Sleeping Beauty. She said, “Liza Jane, was that you singing?” And I said, “of course mommy I told you I came here to sing!” From a very young age, I had two piano and vocal recitals a year, maintained my straight-A status while perfecting these recitals and my solo performances. At ten years old, I wrote my first original song “Go Back to California” and then “Where Are You Now,” which I recorded in New York City.

By age 11, I was the youngest soloist invited to perform at the Historic St. Paul’s Episcopal Church in Key West, Florida. I have traveled with my parents and sang in Florence and Rome on the Appian Way and entertained on every cruise ship. I was the only soprano to ever win Florida State District Level Vocal Competition with a Superior Plus rating. I then proceeded to win the State-Level Competition out of thousands who auditioned, being the only Monroe County student to ever win this award; which I performed in two foreign languages. I also was the only soprano to win an Honor Choir position. I opened for famous rock groups such as Three Dog Night, the Doobie Brothers and Grand Funk Railroad. Then, I was invited to sing with the famous Paul Cotton from the Paul Cotton Band (POCO). To my surprise, at 15 years old, I was selected to perform a duet with renowned Broadway performer Brent Barrett of the Phantom of the Opera. We sang to a packed house at the Tennessee Williams Fine Arts Theater in Key West. Together we performed, “All I Ask of You” from the Phantom of the Opera. Since I was a little girl, I was obsessed with musicals and especially Phantom of the Opera so this was a dream come true for me! As I matured, I added some country music to my repertoire and I performed with Nashville artist, singer, and songwriter James Slater. I have worked with rock-star Phil Brown singer, songwriter and former lead guitarist of the band Little Feat. One of my greatest honors was to sing our National Anthem at the 239th Anniversary of the United States Navy and for the Wounded Warriors Veterans. I donated all the proceeds from my CDs, opening for the rock group Grand Funk Railroad at the Annual Key Stock Concert event, for the benefit of homeless Veterans.

On June 2, 2015, the City Commissioners of Key West, Florida declared a “Liza Jane Catana Day” in recognition for my scholastic and humanitarian achievements. Throughout high school, I was a part of the elite choir called the “Misty’s” and was a soprano section leader. I had many classical, musical theater, and rock solos. To shock the crowd for the finale of my senior year, I performed the duet “Time to Say Goodbye” in Italian and English with my incredible music professor Mr. James Carter. The tears were flowing, the audience was stunned and many of my fellow students never knew I could sing. (Oddly enough, I tend to be quiet, and reserved, maybe shy, until you hand me a mic).

At 16 years old, I recorded an EP in Nashville, “We Could Start A Fire”, with producer, performer, and songwriter, Biff Watson. I was accepted into Belmont University’s Classical Voice program and had the opportunity to perform at “Christmas at Belmont” at the Schermerhorn Symphony Center along with the University Singers’ choir. I auditioned for Belmont University’s opera theater and performed in Hansel and Gretel, The Magic Flute, and played Edith in Pirates of Penzance. I was a member of the Nashville Opera Guild and volunteered for the Nashville Opera Association. While working on my degree, I was signed by Nashville Entertainment Weekly for promoting my commercial alternative career. They helped spin my songs “Just a Kiss” and “We Could Start A Fire” on numerous radio stations, “Just a Kiss,” was very popular in Hawaii!

Meanwhile, back in my hometown of Key West Florida, I performed at the Bottle Cap Jazz Club and Lounge volunteering my proceeds to the Veterans Administration. I continued to perform at the renowned Little Jazz Room and the Key West Harbor Yacht Club, and the elegant Gardens Hotel piano bar with the fabulous accompanist Jimmy Olson. I performed at multiple venues in Key West such as Schooner Warf, Sloppy Joes, Mellow Cafe, Duval Central, the Green Room, and Two Friends. I performed for private events such as for the owner of the Real World MTV House called “the Thompson Island Estate.” Who knew, this would eventually become the location I would film my first music video “Asleep” which personifies the struggles of anxiety and depression. I volunteer as an active advocate in mental health awareness and suicide prevention. Due to the loss of a very young family member to suicide, I wrote a song called “Ten More Minutes” that is dedicated to my beautiful cousin and all others in the world struggling with mental health issues.

I began studying with the renowned vocal Coach Gary Catona from Los Angeles, CA. He is known for coaching numerous celebrities such as Whitney Houston, Katy Perry, Steven Tyler, and Andrea Bocelli. Currently, I am working on completing my album. I have an original EP out and three music videos on Vevo, I have another original song,” One In The Same.” What an experience, my First original EP and album were produced by a London producer, Ian Shaw on a bohemian, chic houseboat in sunny Key West. It was on this houseboat that the magic happened. From a small “boat” studio, I would sing into a mic, while the drummer and guitarist skyped us from different Abby’s in London, then mixed by Ian on the boat, and eventually mastered in the Isle of Skye, Scotland. Very Cool Indeed! My music video “Alone in a Crowd” was filmed during the Full Moon festival in Key West Imagine this, Key West with a full moon crowd, dressed in costumes- what an interesting evening that was! The video turned out to be awesome and everyone still wonders where did I hire all the people in the video from, they had to have been actors-right? No, they are just Key Westers! (LOL)

Recently, I released two of my singles,” People These Days” and “Alone in a Crowd” on Spotify. My Spotify channel is doing well and it has more than 42,000 monthly listeners with only two singles out. Hopefully, this number will keep growing as I am releasing new music. I have branched out to more cities. I headlined my first show in Boston at the Lilypad Inman, then headed to New York City, then moved on to LA. I have an incredible voice coach, Amy Chapman who keeps me on point and I am grateful for her expertise. Specifically, In LA, I am writing and recording new music with the amazing producer Gemini Muziq, an industry certified songwriter at the famous West Coast Customs car dealership/music studio. Gemini has worked with many celebrities such as Post Malone, J Balvin, and more. Here more music magic is about to happen. Since I can remember, I am driven to stand out, have my music shown to the world, and to make a difference in people’s lives. This is only the beginning of my musical journey. Remember, I came here to sing!

Great, so let’s dig a little deeper into the story – has it been an easy path overall and if not, what were the challenges you’ve had to overcome?
One of my biggest obstacles and challenge is not to allow social media insecurities to surpass my musical career. Sometimes I get self-conscious about what to post and how the public will receive me. I have to remind myself keep doing what I love and post what is true to me and what I actually like to post and not to obsess on what others perceive me to be.

Can you give our readers some background on your music?
I am a classically trained singer, songwriter, and musician, currently pursuing my career in LA. Trying to make a living singing my way through the bills!

What moment in your career do you look back most fondly on?
My proudest moment is when I touched the ground in LA and knew that I would be working with my producer Gemini. It was a new fresh start on my musical journey and it felt awesome and I am beyond to excited to keep working and seeing what the future holds. 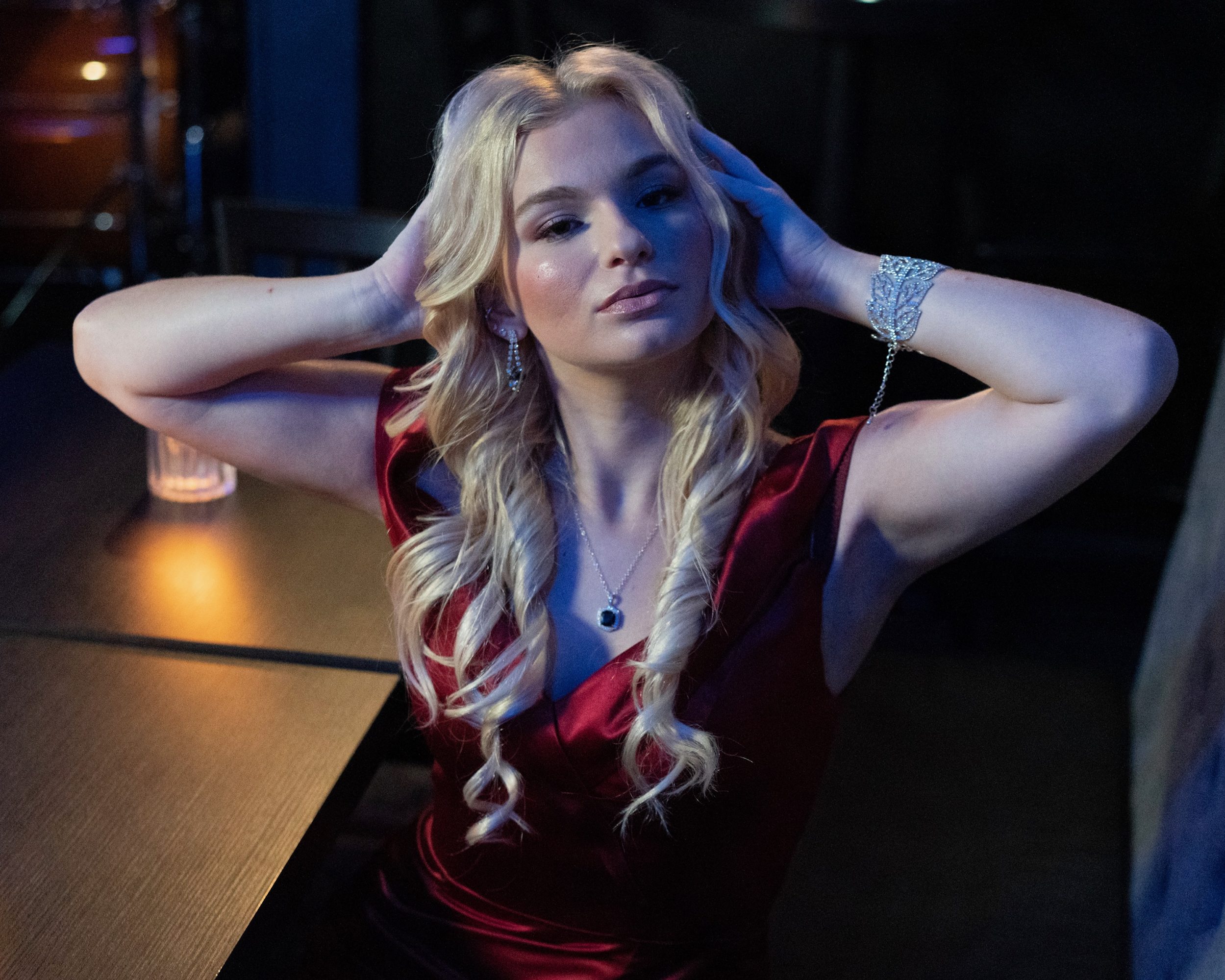 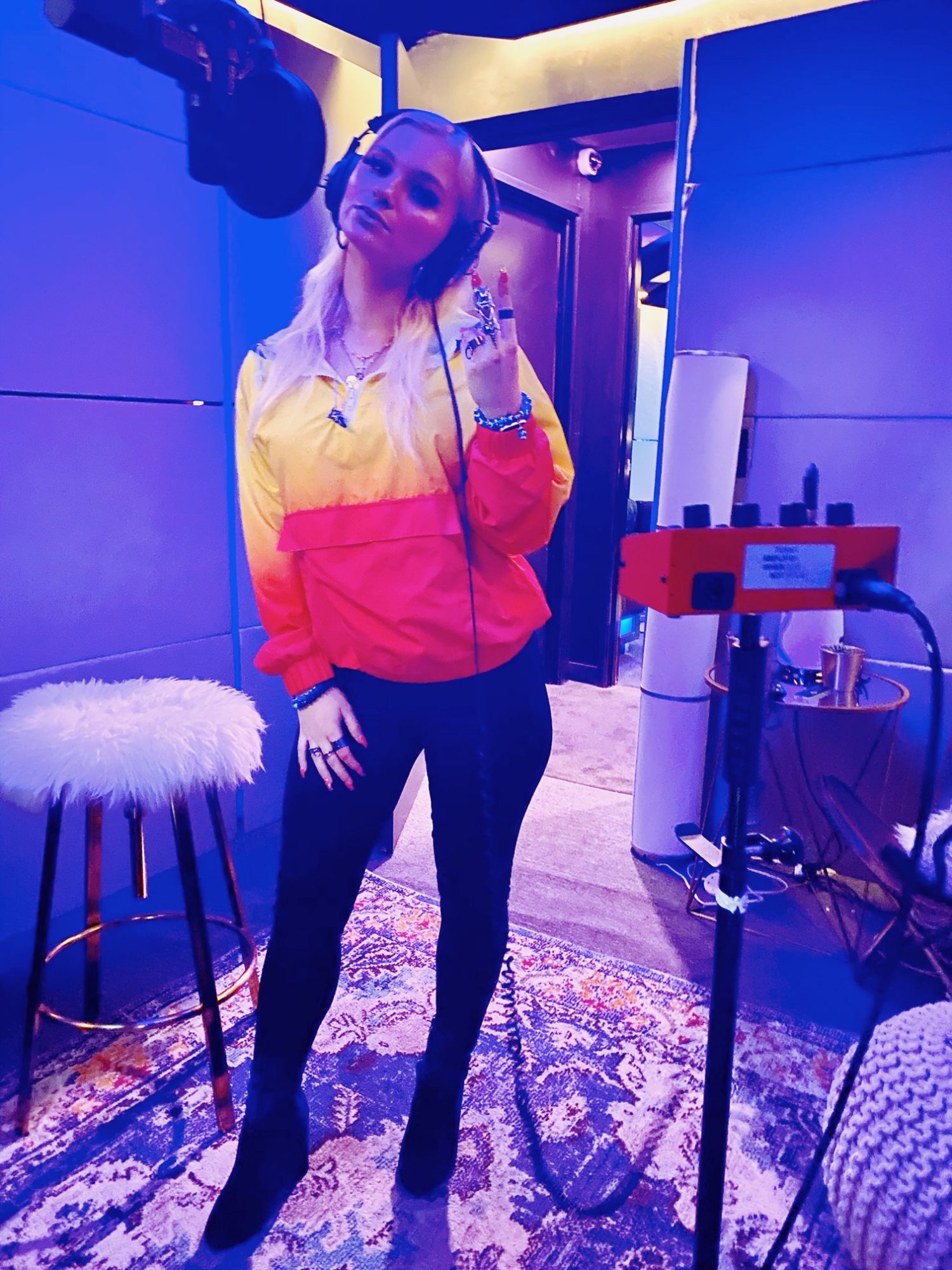 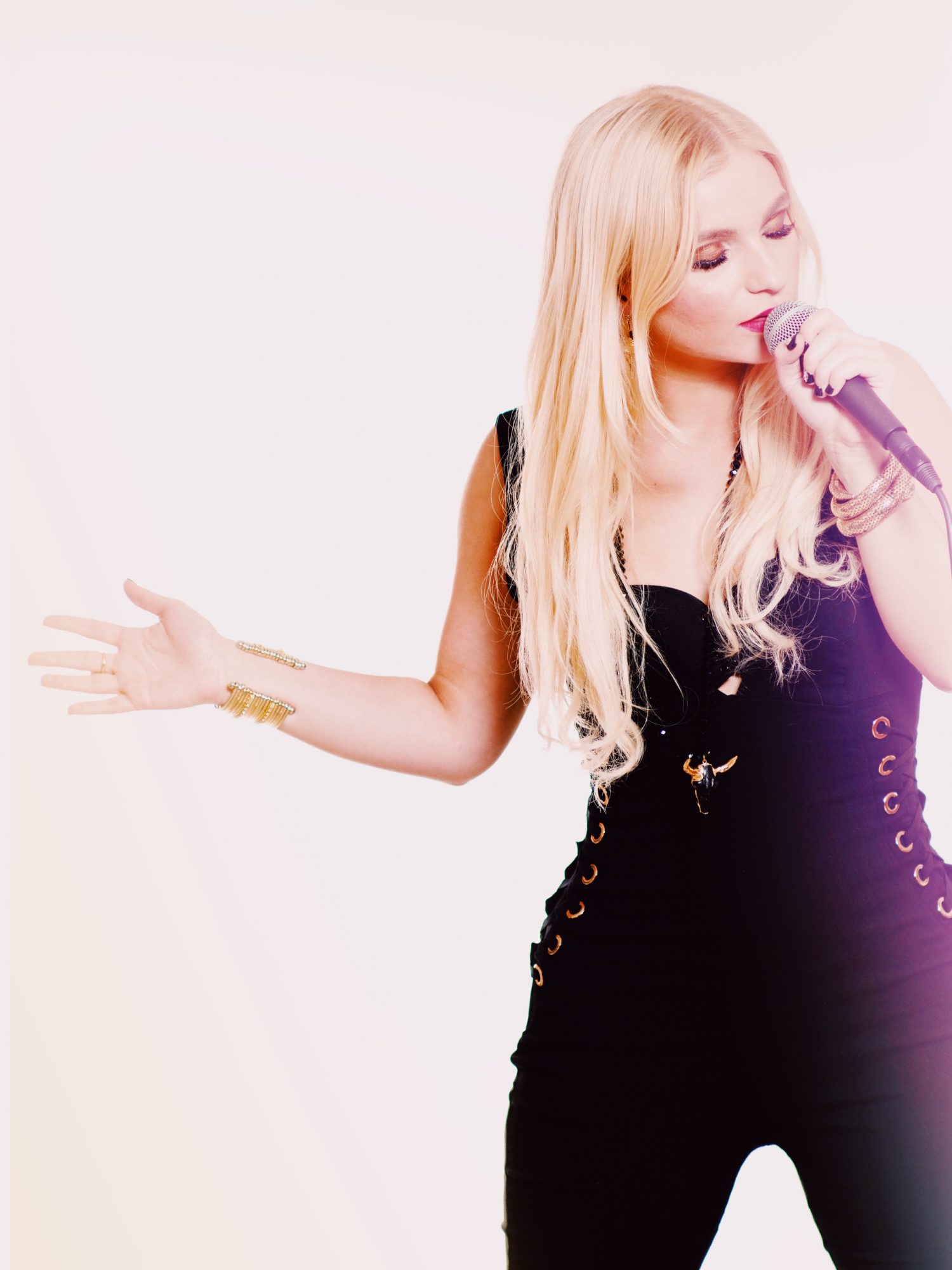 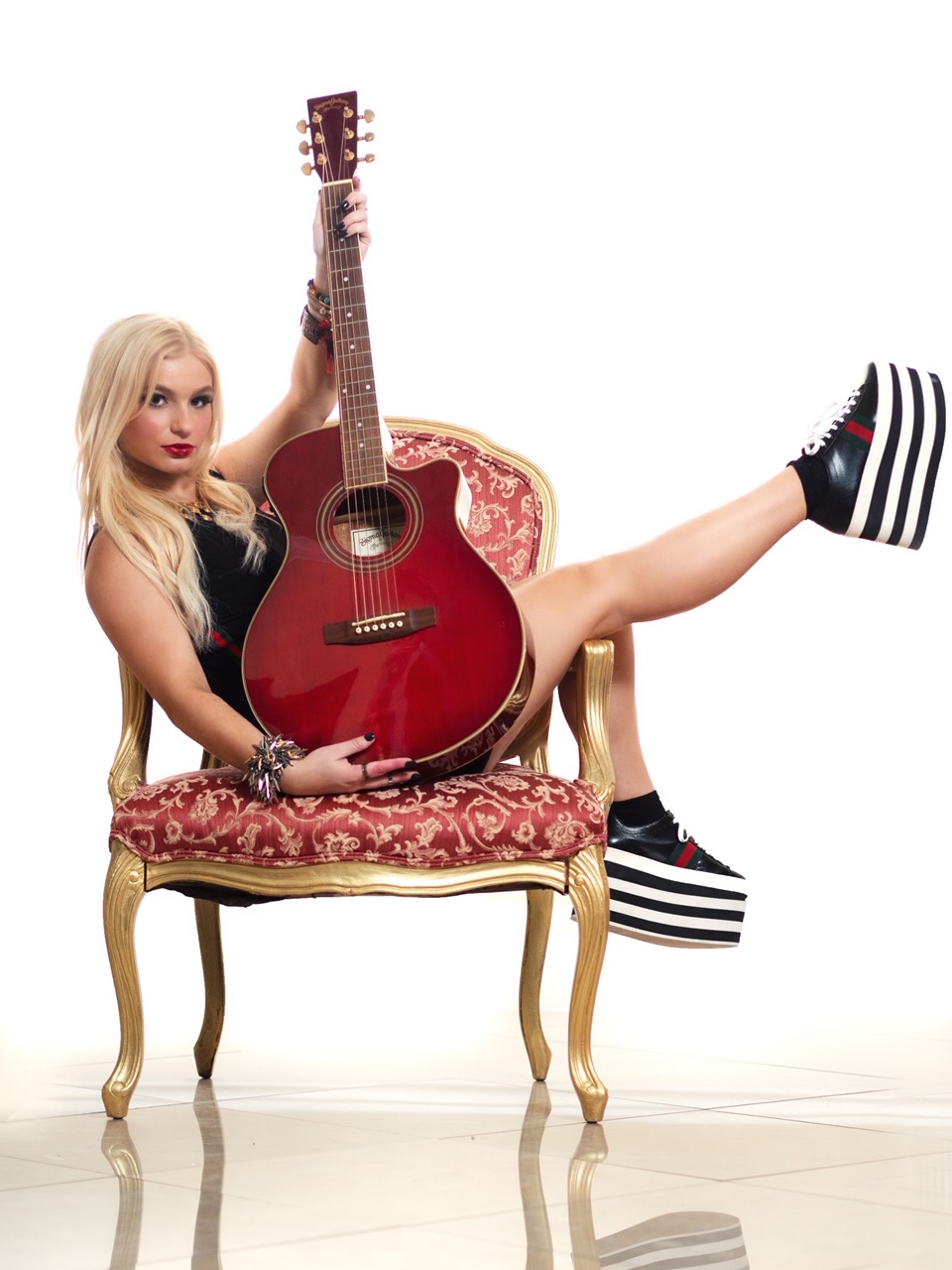 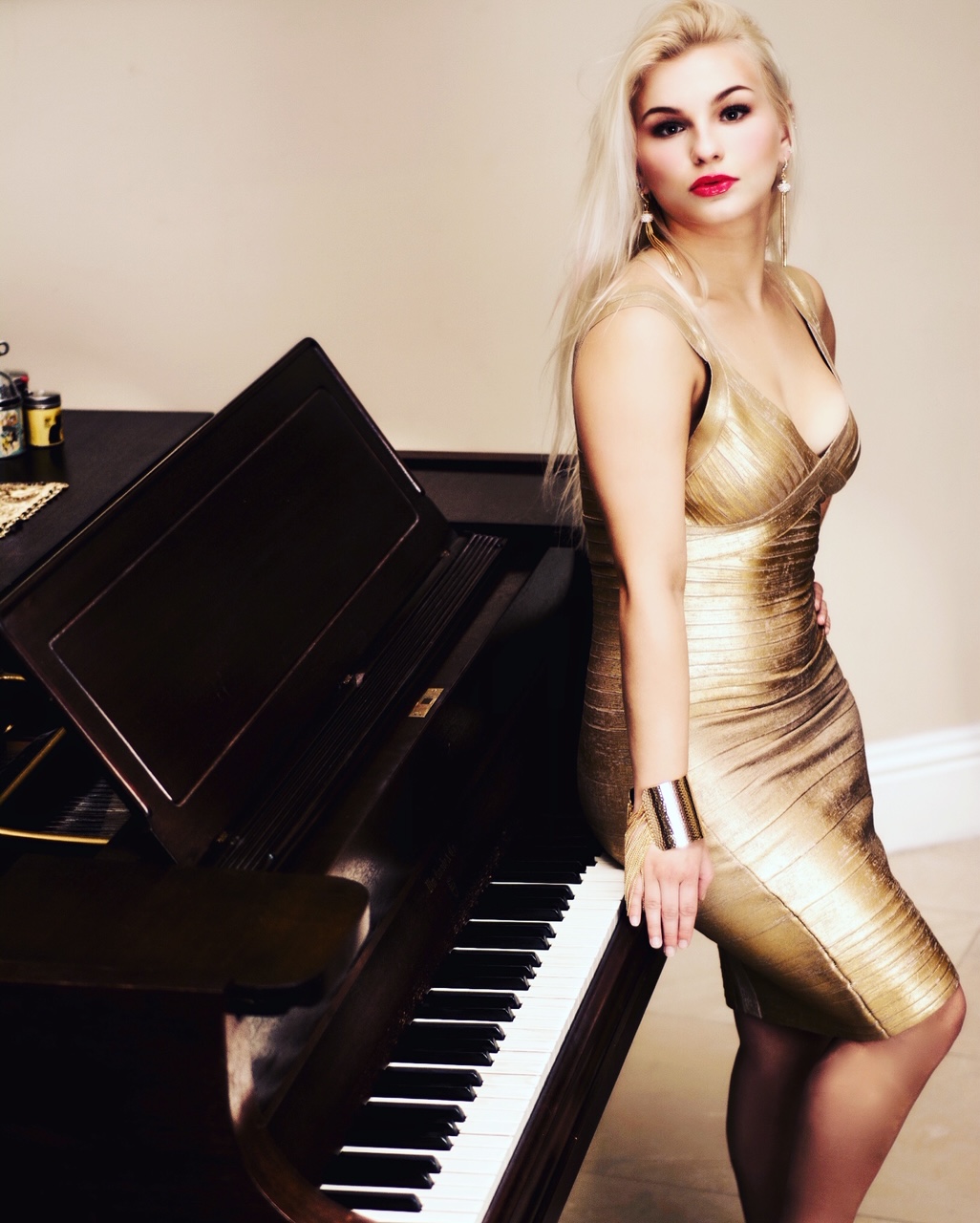 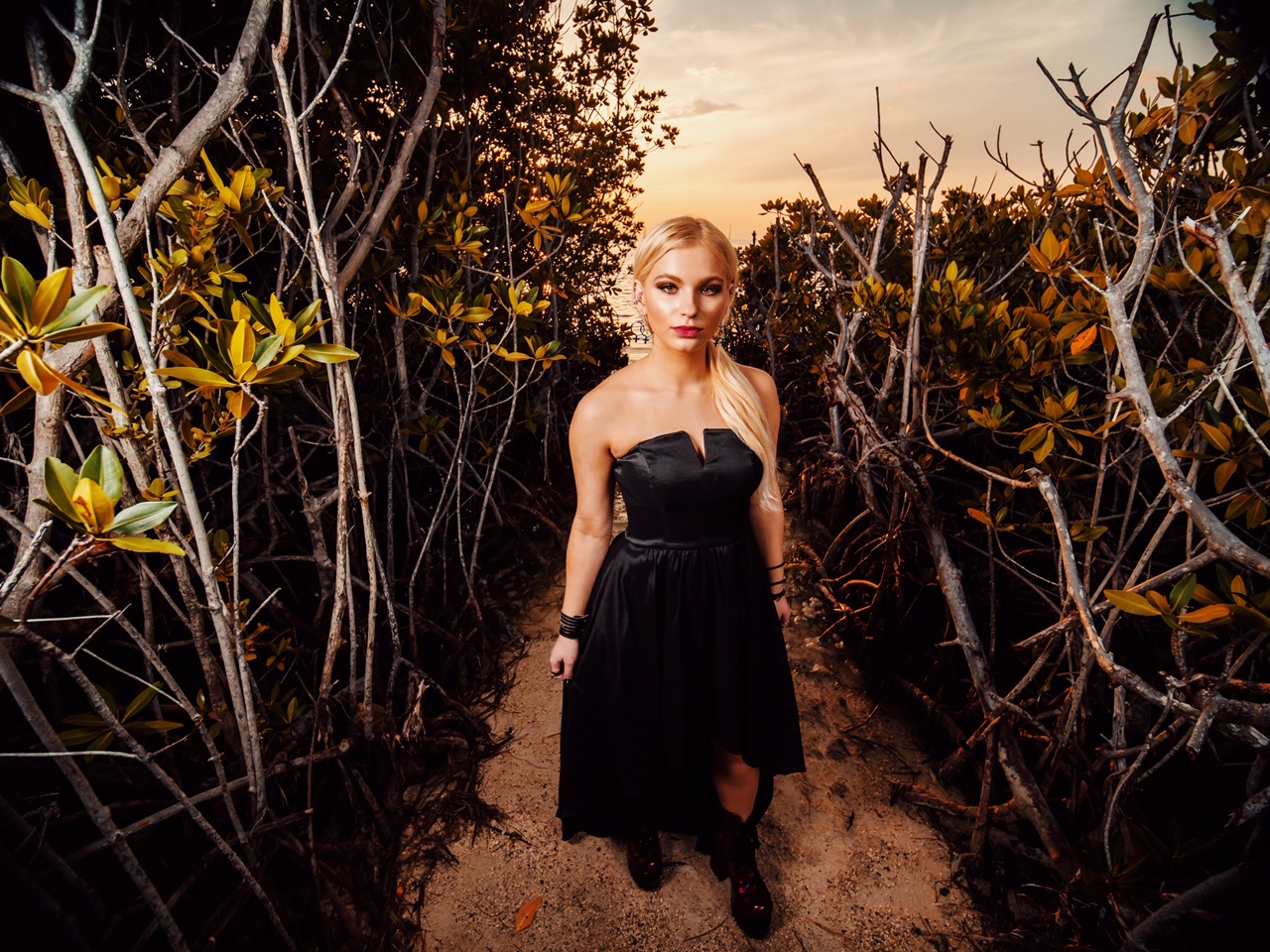 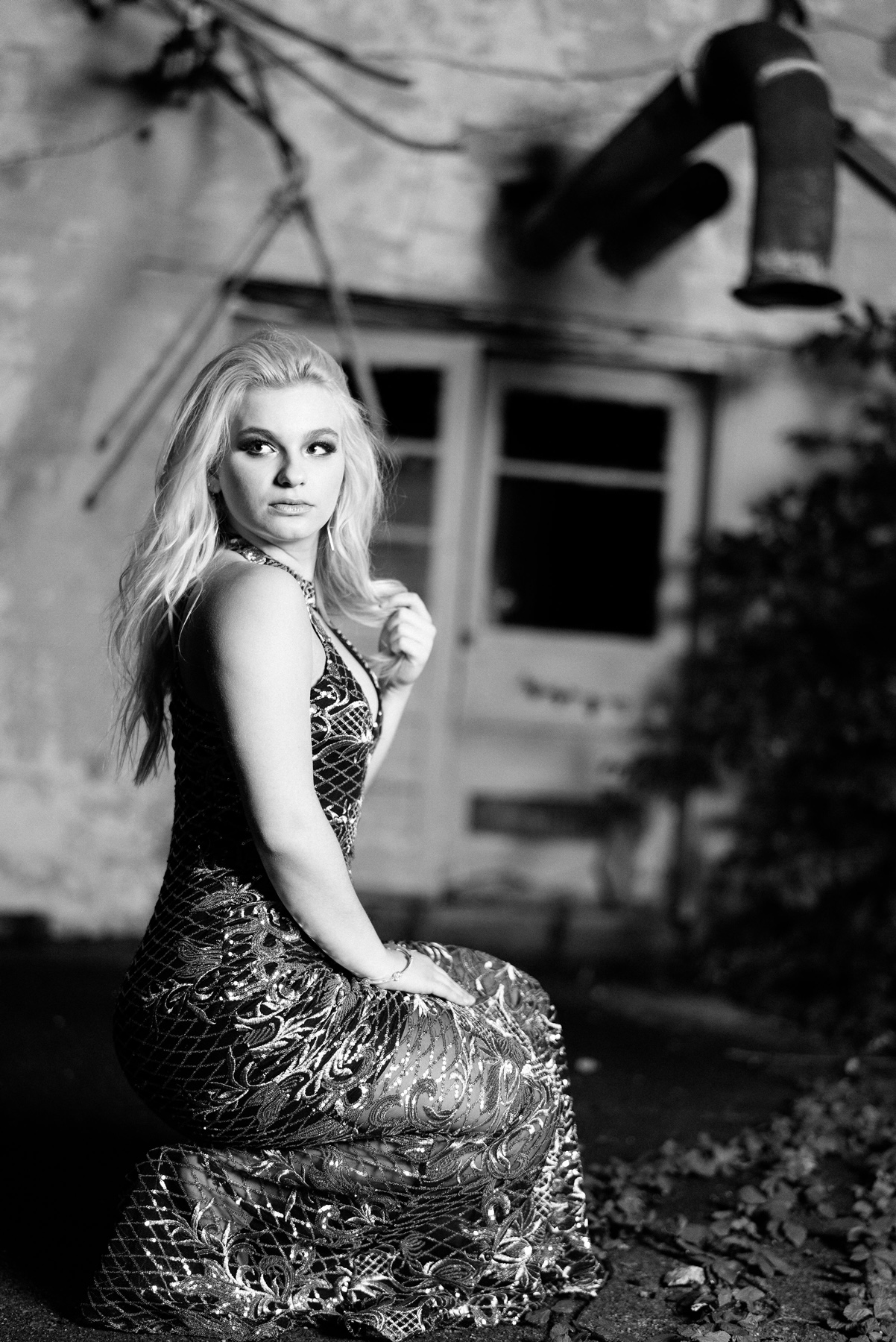 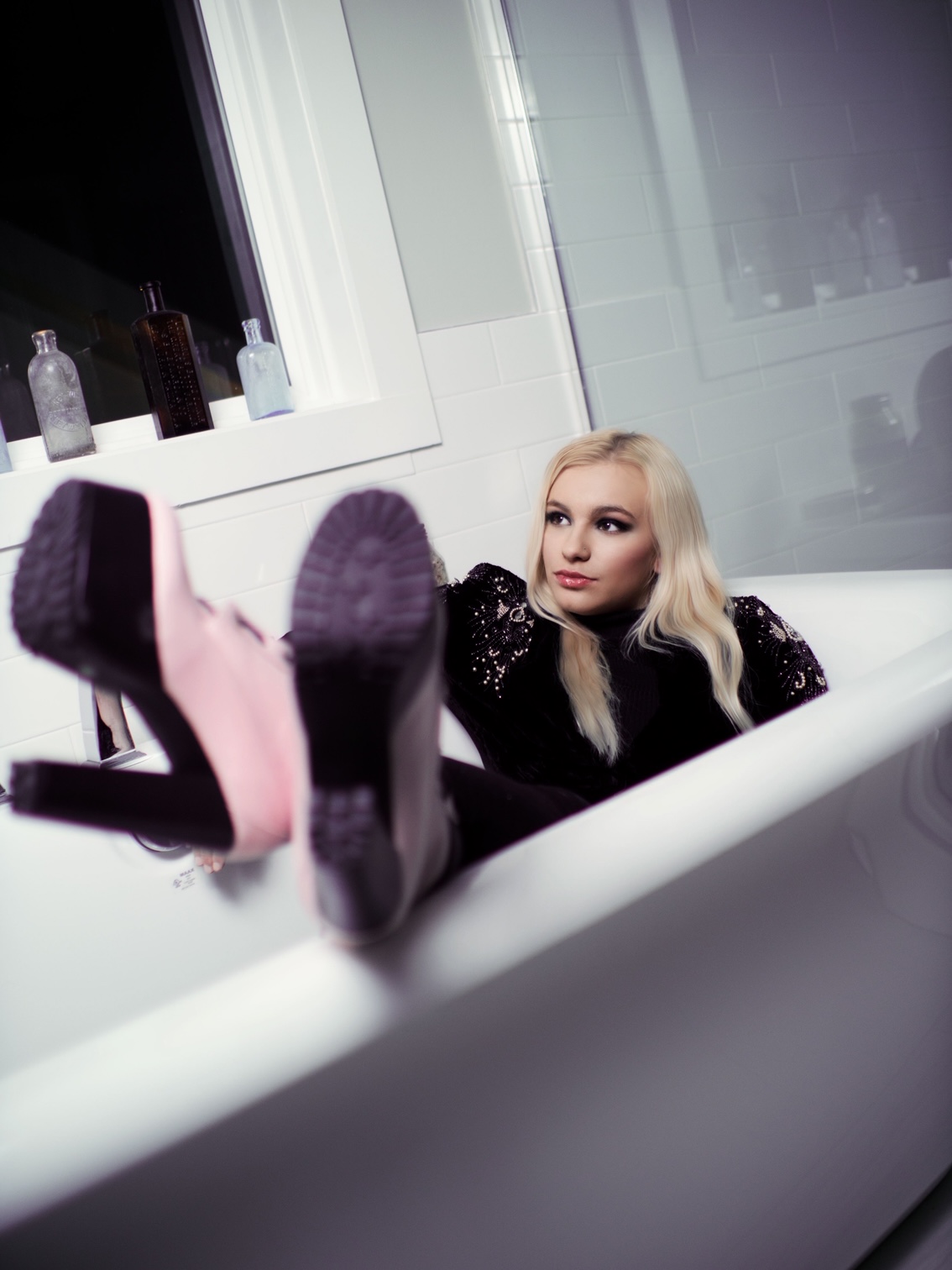