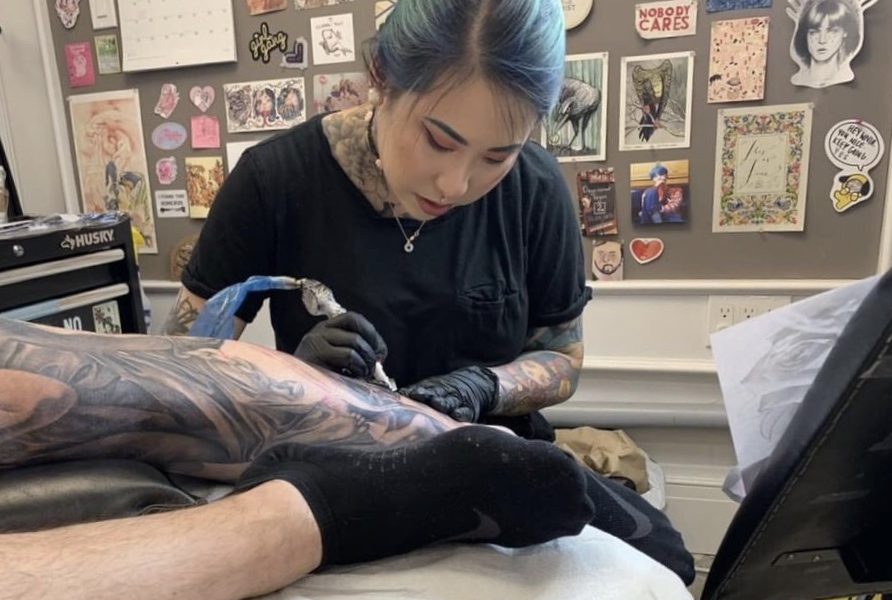 Today we’d like to introduce you to Livia Tsang.

Livia, please share your story with us. How did you get to where you are today?
I’d always had an interest in art from a young age. My parents are both artists–my father is an industrial designer, and my mother studied fashion design in college before settling on graphic design. My older brother is an illustrator, and my cousins are the lead concept artist at Overwatch, and the art director for the new Star Trek show respectively. So growing up, I was surrounded by art and supported by art.

I ended up going to McMaster University for their studio arts program, where I had assumed I would just continue to get my Masters and become a professor. But as soon as I applied to grad school, I realized that I didn’t really want an advanced degree, nor did I really want to be a student anymore. So I moved back home and started applying for tattoo apprenticeships almost on a whim.

I’d always been interested in tattooing, but I never really thought of it as a viable career until I started watching those tattoo reality shows, mostly on TLC. Not that those are accurate representations of what the tattooing process is really like, but it opened my eyes to other styles of tattooing that actually aligned with my art style and with what I was interested in pursuing in regards to subject matter. I’d sort of entertained the idea of finding an apprenticeship while in university, but the timing didn’t seem right. It wasn’t until a few months after graduation that my parents essentially nagged me into finding a job and moving out of their house. They weren’t too pleased when I told them that I had an interview at a tattoo shop, but now they’re extremely supportive.

I got an apprenticeship at a well known and well-established studio in Toronto that I had actually known about for a while and had been tattooed there as a client the year prior. I worked the front desk while apprenticing in the evenings and on my days off, putting in as many hours as I could to learn the craft as quickly as possible. I’m not a very patient person, so I was constantly challenging myself to be better, to improve faster, to be a sponge and absorb as much as I could.

I got my big break when I got to tattoo Shawn Mendes. He actually inquired about his tattoo through the shop, and he was paired with me based on the style of his tattoo. After that experience, we formed a quick friendship and he and I have collaborated on all of his tattoos. After getting the exposure from tattooing Shawn, my social media following skyrocketed. I got really lucky and a few more of my tattoos ended up going viral. I did a Michael Phelps tattoo during the 2016 Olympics that got me on the local news. I became a human interest story on Time and CNN, and even Michael himself saw the tattoo and commented on it.

Ever since I started my apprenticeship five years ago, I have not stopped working. And now I have my own private studio with two of my closest friends, and I get to do what I love for a living. And in the grand scheme of things, I’m only 27 years old, and I’m really only starting out in my career. So hopefully things will only go up from here.

Has it been a smooth road?
That’s an interesting question. I only say that because looking back, objectively, I can say that I got lucky several times. Recalling those moments make it seem like my journey was an easy one, but it definitely wasn’t.

I struggle with a lot of mental health issues that I’d ignored for the majority of my life. I’m really only beginning to address those concerns now since I actually have the time, financial freedom, and access to that kind of help. But there were definitely days where I would get panic attacks on the subway on the way to work, and nights where I was so stressed I wouldn’t sleep or eat.

Not to mention that my self-imposed hours only afforded me one day off a week. I would work front desk four days a week and then tattoo after hours on those days, as well as two additional days so that I could get feedback during the day.

Another struggle just as a woman of colour in a predominantly cishet white male industry–you have to prove your worth. You have to be superlative where men get to be mediocre. You have to present yourself in a certain way, or else you don’t get noticed. You have to be a social media expert, or no one will care about your portfolio. You have to be “pretty” because “pretty” works with Instagram optics, and “pretty” gets you more clients, whether you want to admit it or not.

The industry is misogynistic, racist, homophobic, transphobic, and colourist. Being someone who is extremely left-leaning, I have come across some really bigoted people within the industry, and I’ve made it my mission to try and change that perception. But, of course, resistance is a exhausting. But thankfully, I’m not tired yet.

So let’s switch gears a bit and go into the Livia Tsang Tattoo story. Tell us more about the business.
I am a tattoo artist by trade, who specializes specifically in realism tattoos, both in black and grey, as well as colour. I’m known for doing these portraits of women that I like to call “Spooky Ladies”, that are essentially portraits of women with decorative jewelry, sometimes with occult references or elements that are drawn from folklore and mythology. I also love tattooing flowers, so I get a lot of those requests as well.

My two friends and I decided to open our studio because we felt as if it was necessary for the type of space we wanted to carve for ourselves within the tattoo industry. It’s honestly pretty archaic, with the gatekeepers being mostly male and mostly white. But for us, the three of us are women, two of us are women of colour, and two of us are queer. We wanted our space to be safe, handicap accessible, and one that fosters feelings of home and comfort. And I think we’ve achieved that.

How do you think the industry will change over the next decade?
I’m really hoping that the industry will become a lot more tolerant of artists of all backgrounds and that the colourism will just stop. There’s a growing community of women, nonbinary, trans, artists of colour and queer artists that are making waves right now, and that’s so exciting to see. People like us are the ones holding the old guard accountable for their actions, and we’re the ones who are pushing the industry forward.

I hope darker skinned people get better representation in the tattoo industry as well. I’m sick of hearing artist say that they don’t want to tattoo dark or specifically Black skin because it’s “too difficult”. That’s a stupid excuse that needs to retire. 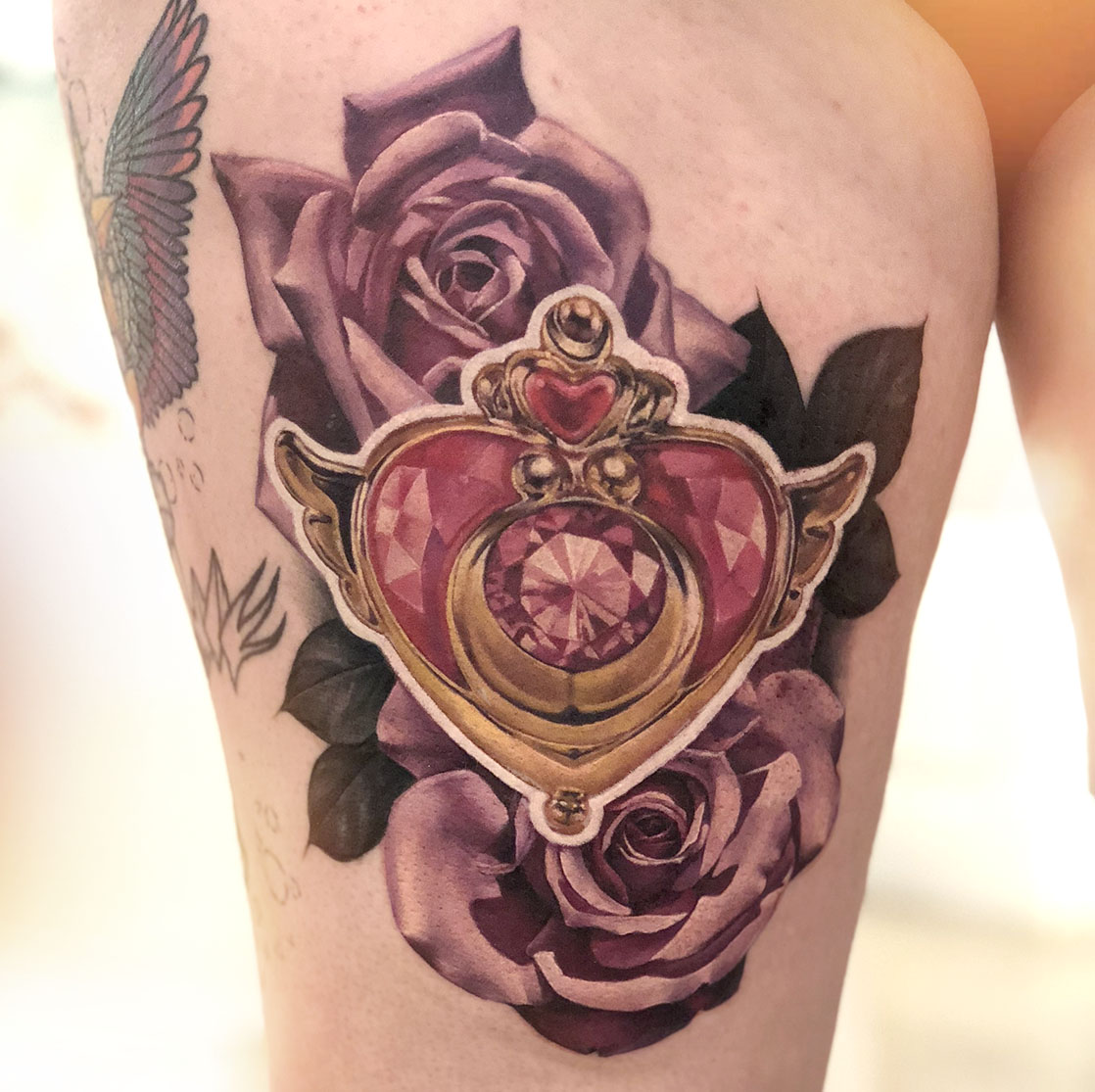 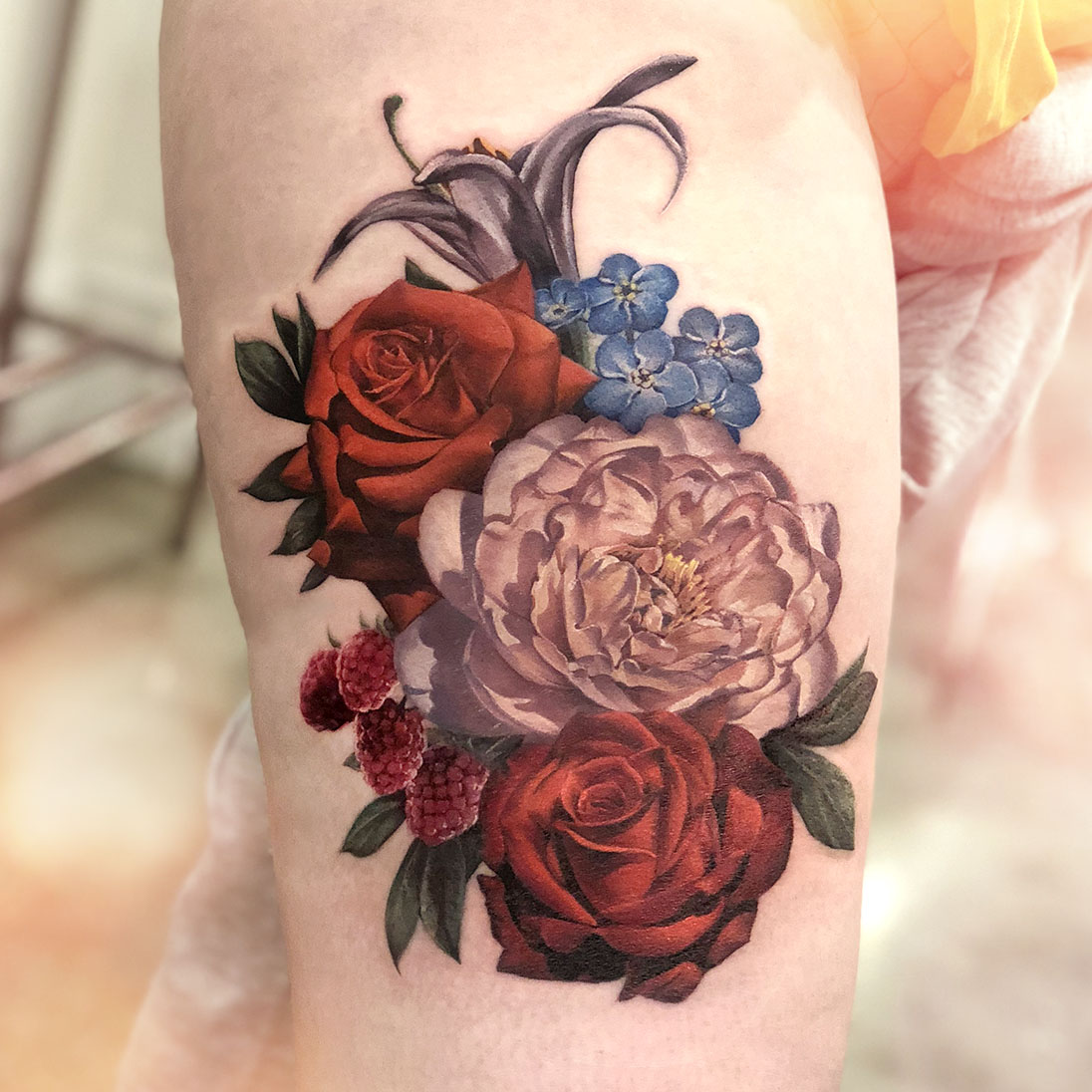 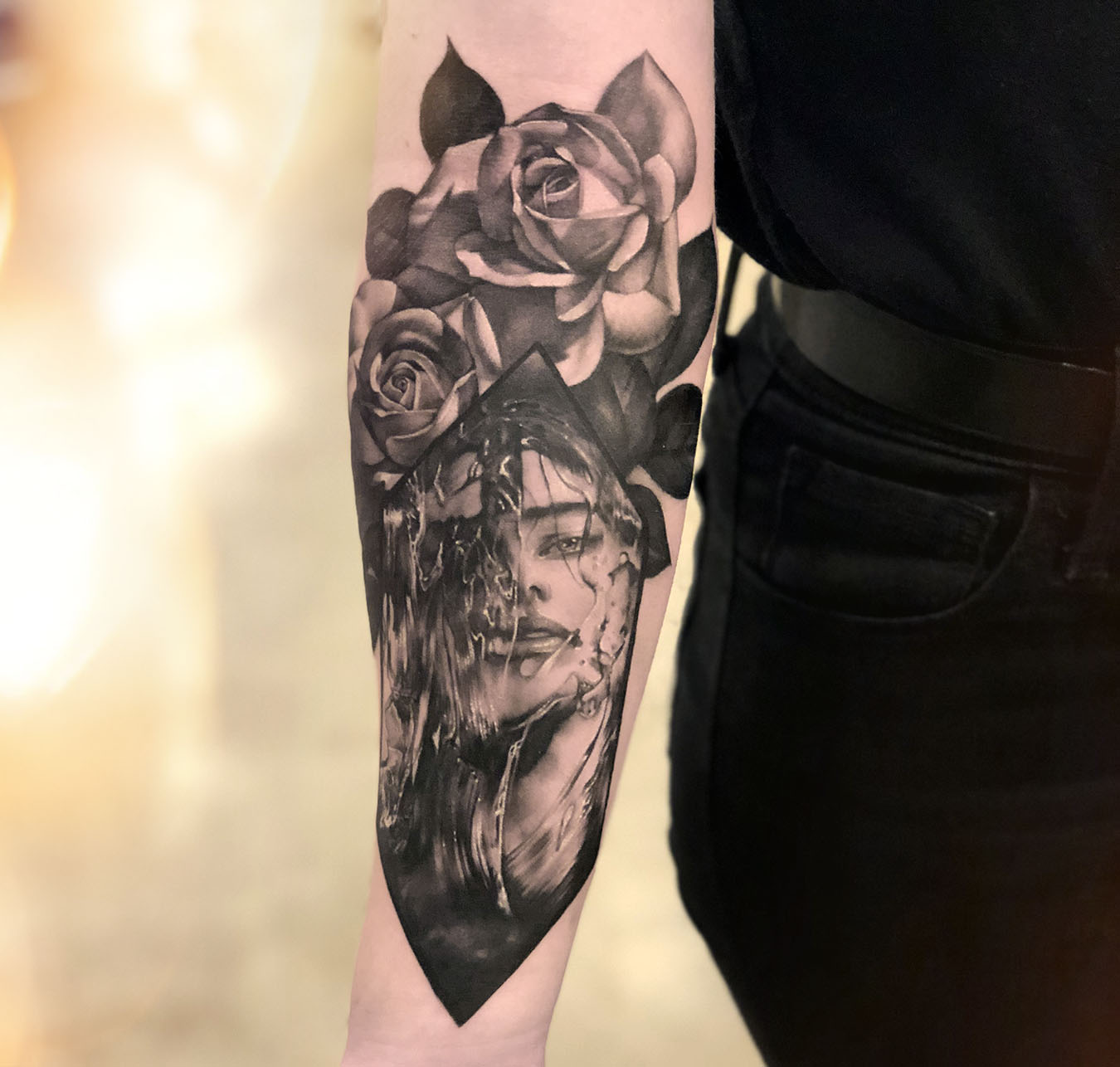 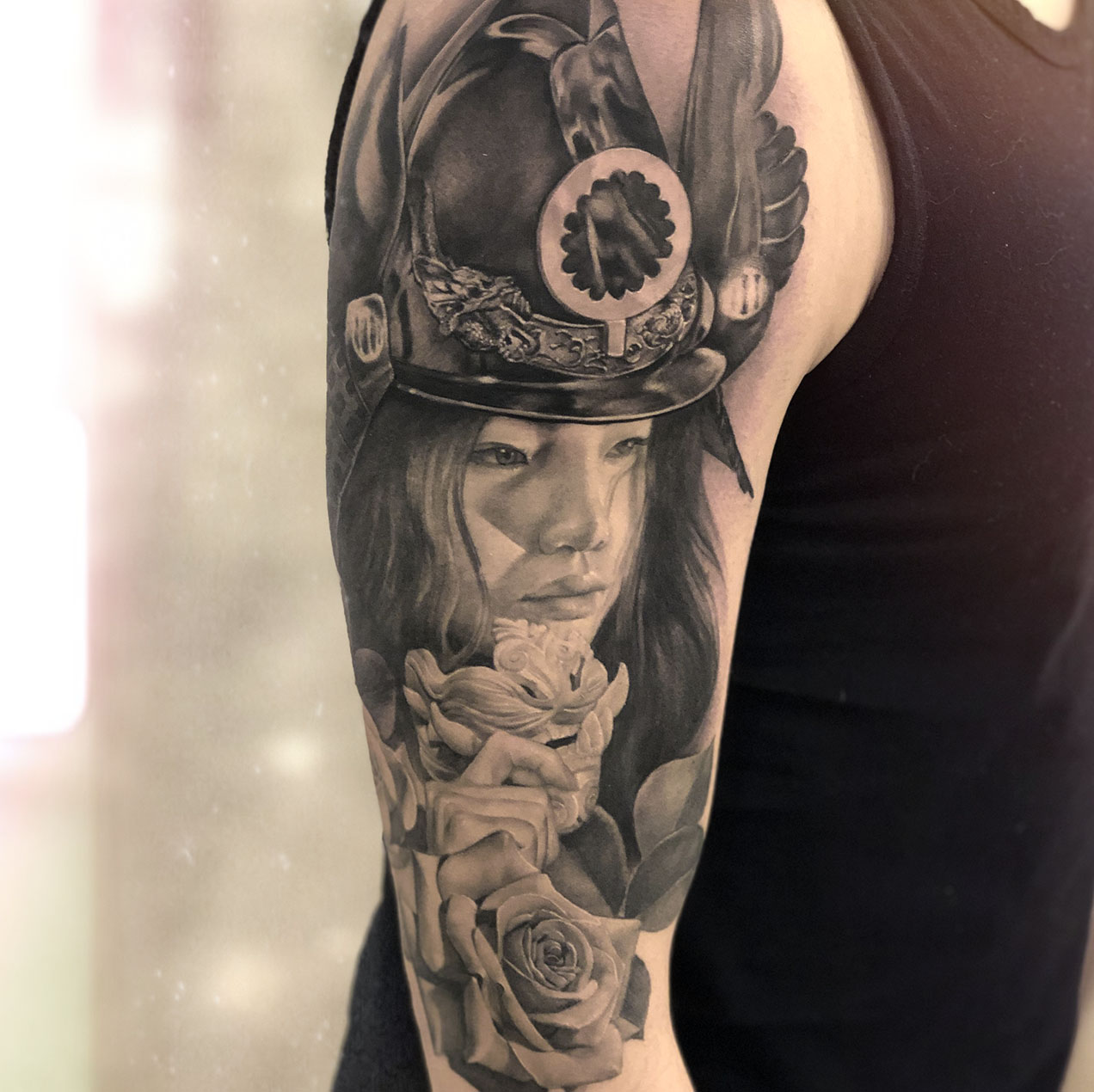 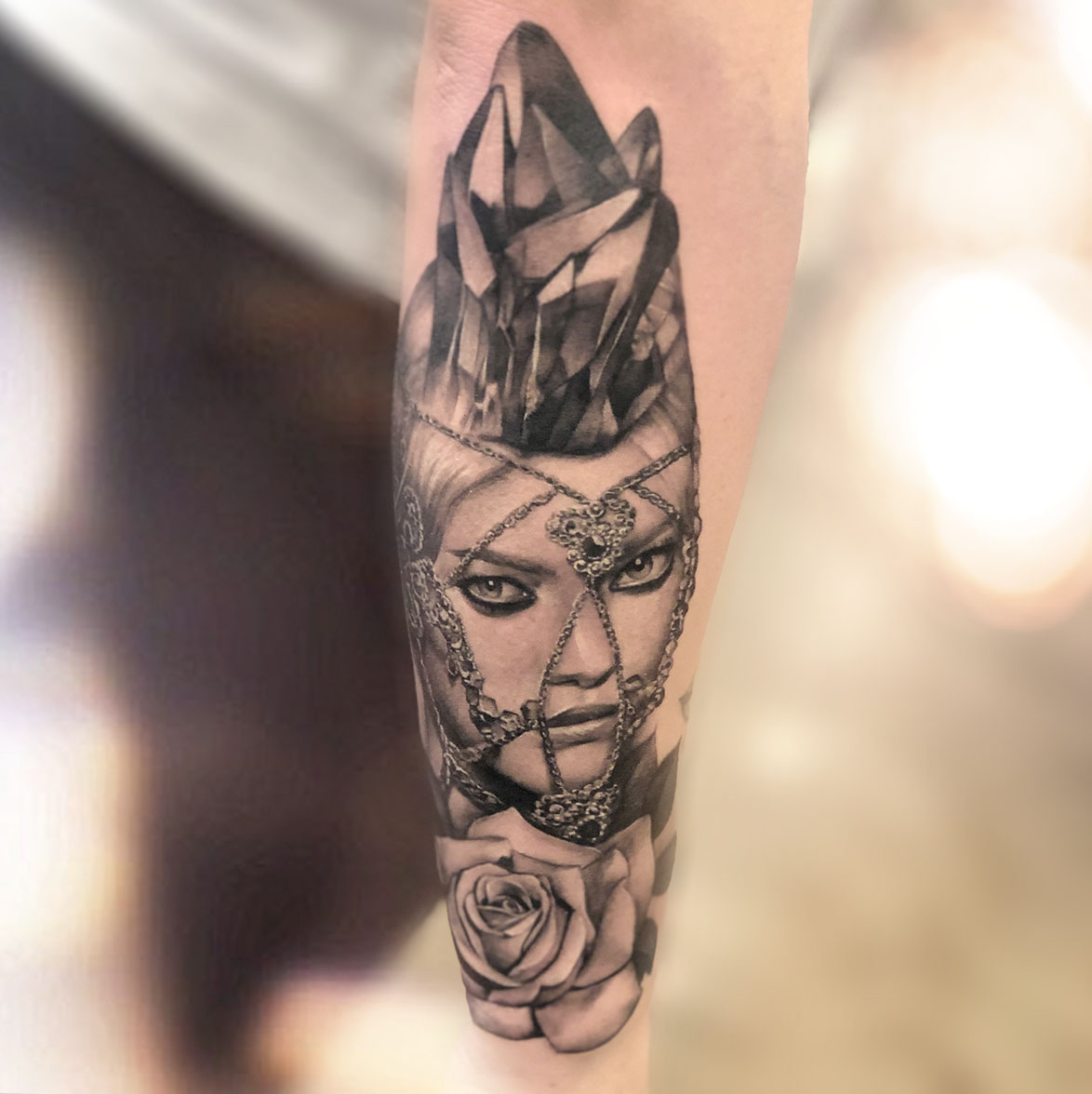 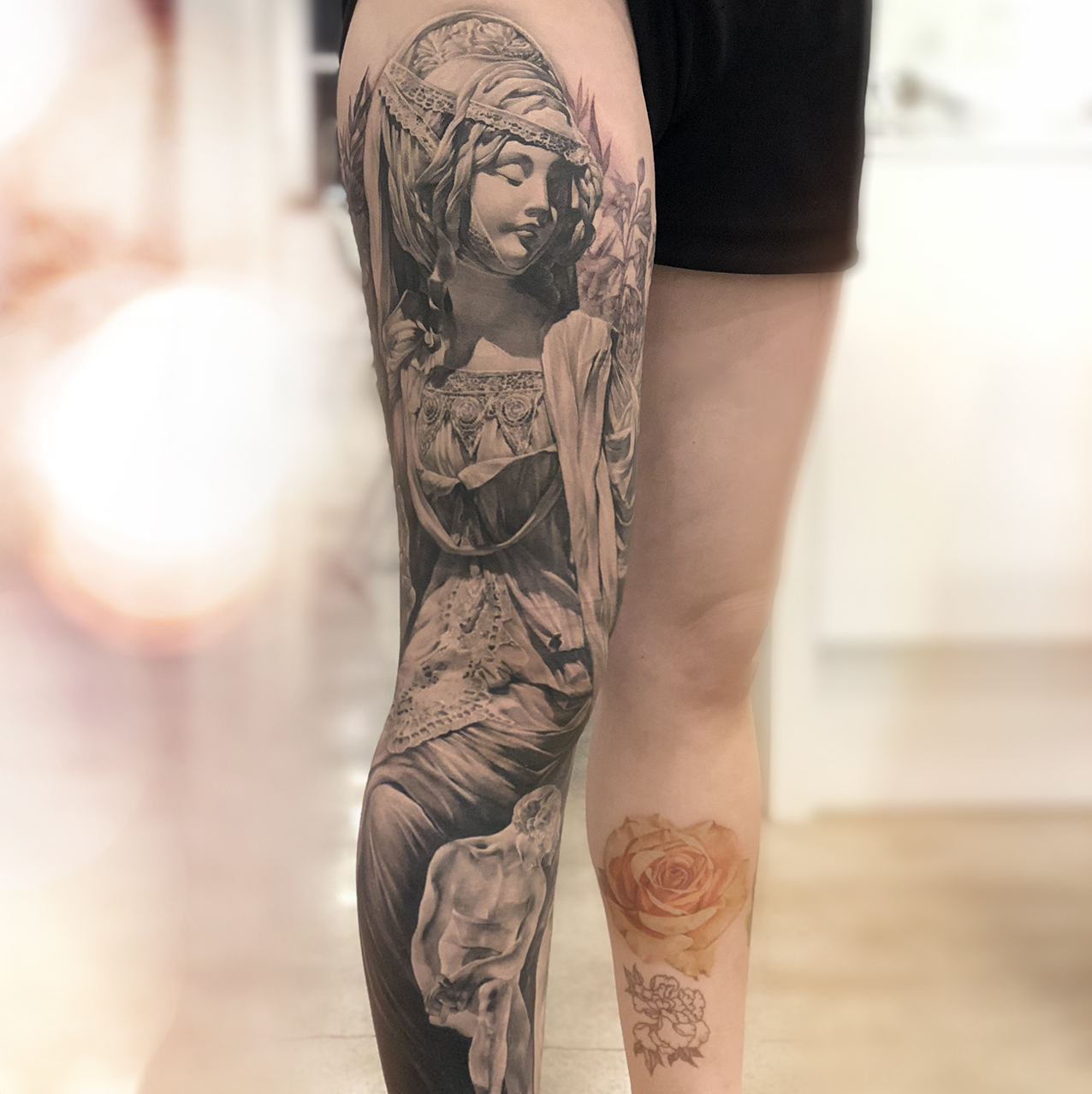 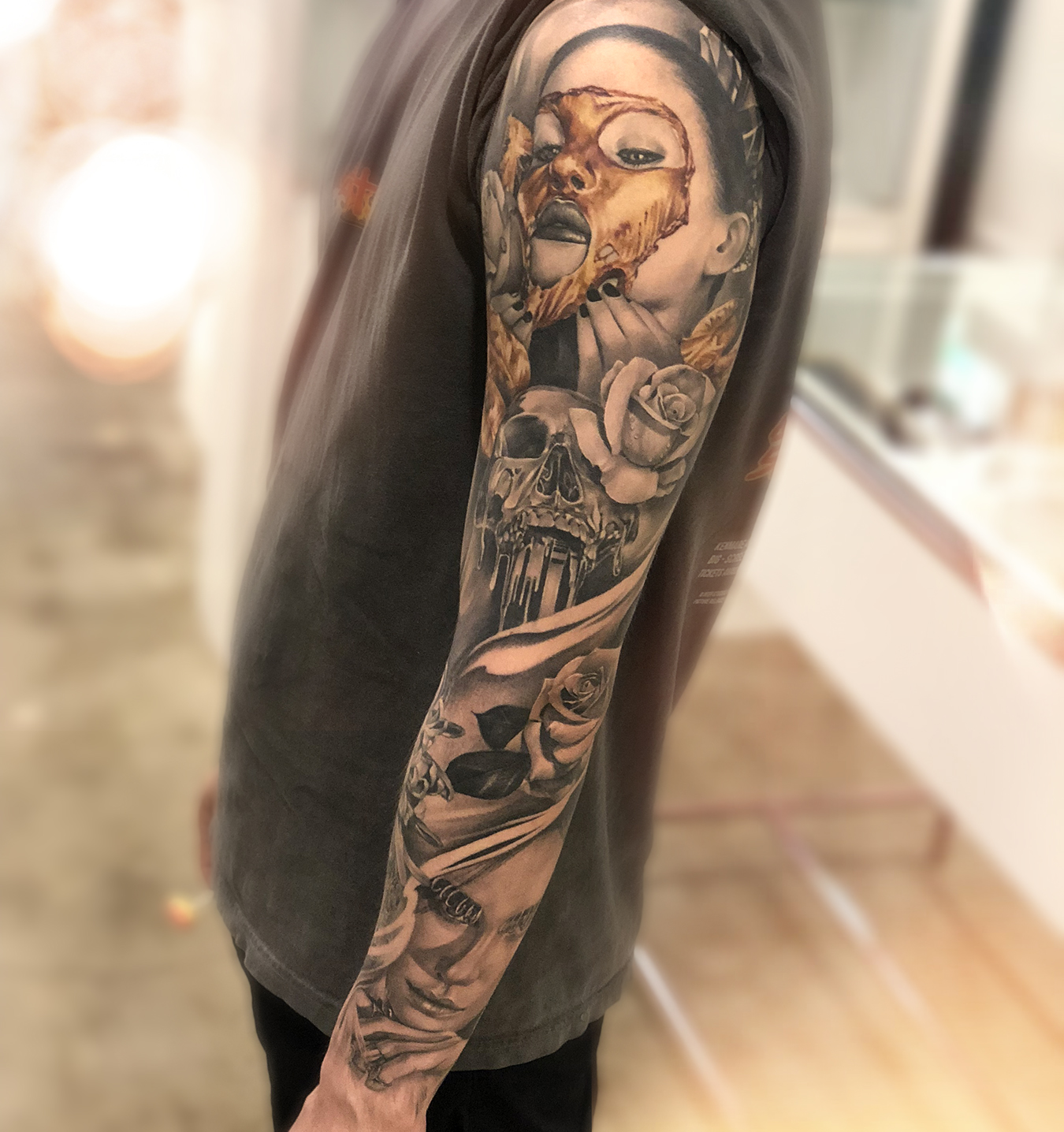