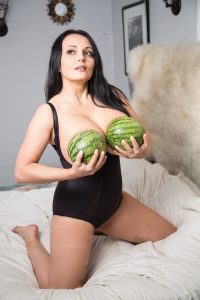 Today we’d like to introduce you to Livia Milano.

Livia, can you briefly walk us through your story – how you started and how you got to where you are today.
I am originally from Rhode Island and I wanted to be an actress (or a rockstar) as far back as four years old. I still remember our 1st trip to LA when I was four or five and placing my hands in Red Skelton’s hands on the walk of fame and posing next to Charlie Chaplin’s star. We moved to CA shortly after. My childhood was dysfunctional, but luckily my dad loved comedy so I watched a lot of it and it was a great escape. Fast forward to being a runaway at 16 and moving to Burbank with a roommate at 18 with a model that I met posing for swimwear illustrated. I learned quickly that at 5’2 and curvy, modeling wasn’t for me. I got offers to do Playboy and Penthouse but turned them down because it was different back then and I wanted to be taken seriously as an actor. My friend was interning with Bryan Spycer who directed Parker Lewis Can’t Lose so I joined him on set one day. I was put in a scene and got my SAG card. From there I studied acting methodically with my favorite class being Playhouse West.

Long story short, I had two babies in my early 20’s (Julia & Cassidy), a short marriage and divorce and decided to go to film school. I studied film production at Chapman University and it got pricey so I finished up at CSUN with a BA in Cinema/TV/Arts and went on to get an MA in Screenwriting. I worked in development at FOX and got me too before it was a thing. I also pitched a show that got made without me (The Biggest Loser) so I was in copyright and quid pro quo lawsuit hell while holding down life as a single mom. I was paid off for the harassment which ended my career behind the cameras at the time and had to drop the copyright lawsuit because reality can’t be copyrighted and we filed in federal court when it should’ve been filed in the state. Since I lost the copyright federal claim, the judge was able to also rule on the two remaining state claims but he left them intact so that I was free to continue the fight for my show. However, when you lose in federal court you owe attorney’s fees. I was up against the biggest entertainment lawyers in LA so I owed one set of lawyers $400k and never found out how much for the other team. They made me a deal to not file my remaining claims in state court and they would waive the attorney fees (which could have been nearly a million dollars). I was run down trying to fight it all by myself and didn’t want my daughter’s entire childhood to be with me stressed out in a lawsuit, so I signed away and let it all go. Since then, I have dabbled in acting including a national IBM commercial with Joe Pytka and a couple of indie films like Dead Awake and Seat of Justice. I didn’t have a plan b since entertainment didn’t work out the way I planned so aside from an old buddy (Olatunde Osunsanmi) from Chapman Film school who gave me a job in post production on his movie Evidence, I sort of let go my hopes and dreams of producing and creating films and TV.

I took random recruiting and sales jobs to pay the bills. Now my girls are adults and thriving with Julia graduating from UCI and now working as a Civil Engineer and Cassidy studying Philosophy, I am back to focusing on what I love which is writing, performing and creating. And that’s what brings me to The Not So Sexy, Sexy Podcast with Liv Milano. I tend to be an over planner and sometimes feel paralyzed with the fear of something I create not turning out great. I decided in 2019 to stop letting fear get the best of me. I created my podcast on January 21st because it was something I could do independently and wouldn’t cost as much as shooting one of my screenplays. I have been doing stand-up since 2011 as a creative outlet. I love the instant gratification of writing, performing and getting immediate feedback. My podcast is an extension of that and I talk about all of the ups and downs I have had in Hollywood. I didn’t have a solid plan for my podcast, but I just kept talking and surprisingly people like it. As of today, my all time podcast rankings in the stand-up category are #18 in America, #19 in Canada, #21 in Australia, #26 in Germany and #4 in Norway. I plan to keep going with it and finally shoot one of my scripts in 2020 – a short horror called “Amra K the Witch.”

Great, so let’s dig a little deeper into the story – has it been an easy path overall and if not, what were the challenges you’ve had to overcome?
Not smooth at all. I was blacklisted before anyone knew that was a thing. I only wanted to sue my direct boss at FOX, but I had lawyers who came out guns a blazing at the beginning and sued everyone which essentially made me look like the bad guy. The podcast gave me that spark back that had been missing for years. I was so afraid to get back into entertainment, but with all of the females who have come forward recently, it made me realize it wasn’t only me. I know firsthand that good people are doing great things in this town including my old friend Olatunde who is directing Star Trek Discovery. That is what gives me hope to keep going.

Tell us about your company. What do you do, what do you specialize in, what are you known for, etc. What are you most proud of as a company? What sets you apart from others?
The Not So Sexy, Sexy Podcast with Liv Milano is my baby project that finally became a reality after lots of planning. I am known for being extremely candid about my experiences. I have made people cry and laugh at my stories – some of which are exaggerated to make funnier. I am most proud that I have ranked so well on the podcast charts without a full blown production company, PR person or marketing team behind me. I went to Digital Hollywood this year to learn more and was bombarded with offers from Ad Agencies and Podcast production companies who wanted to team up with my podcast, but I turned them all down. The subject matter is so personal and I don’t want anyone to have a say in what I can talk about. I have the occasional guests including my daughters, fellow comedians and even a local witch but my highest ranking episodes tend to be my solo episodes which makes it a lot easier to produce. It is a pure stream of consciousness and I like to stay as free as possible with the content.

Do you look back particularly fondly on any memories from childhood?
My favorite memory as a child would be going to my Grandmother Carmella’s house. In Rhode Island, I remember walking out far into the ocean with her when the tides were low and she taught me to swim on my back. When she moved to Ontario CA by the airport, I used to play by the train tracks, watch planes land, climb trees and read books up there, ride my bike over homemade ramps, walk to the little store down the block to buy candy or soda and most of all sit at my grandmother’s table and talk to her while she fried me up a frozen steak, Italian food or leftover stew. She was my rock in my childhood and I miss her very much. 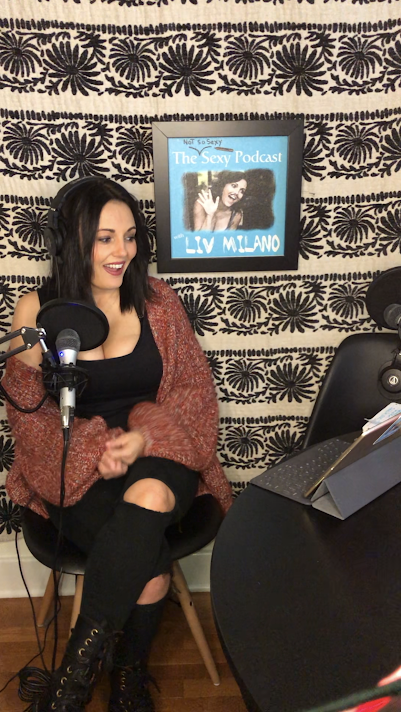 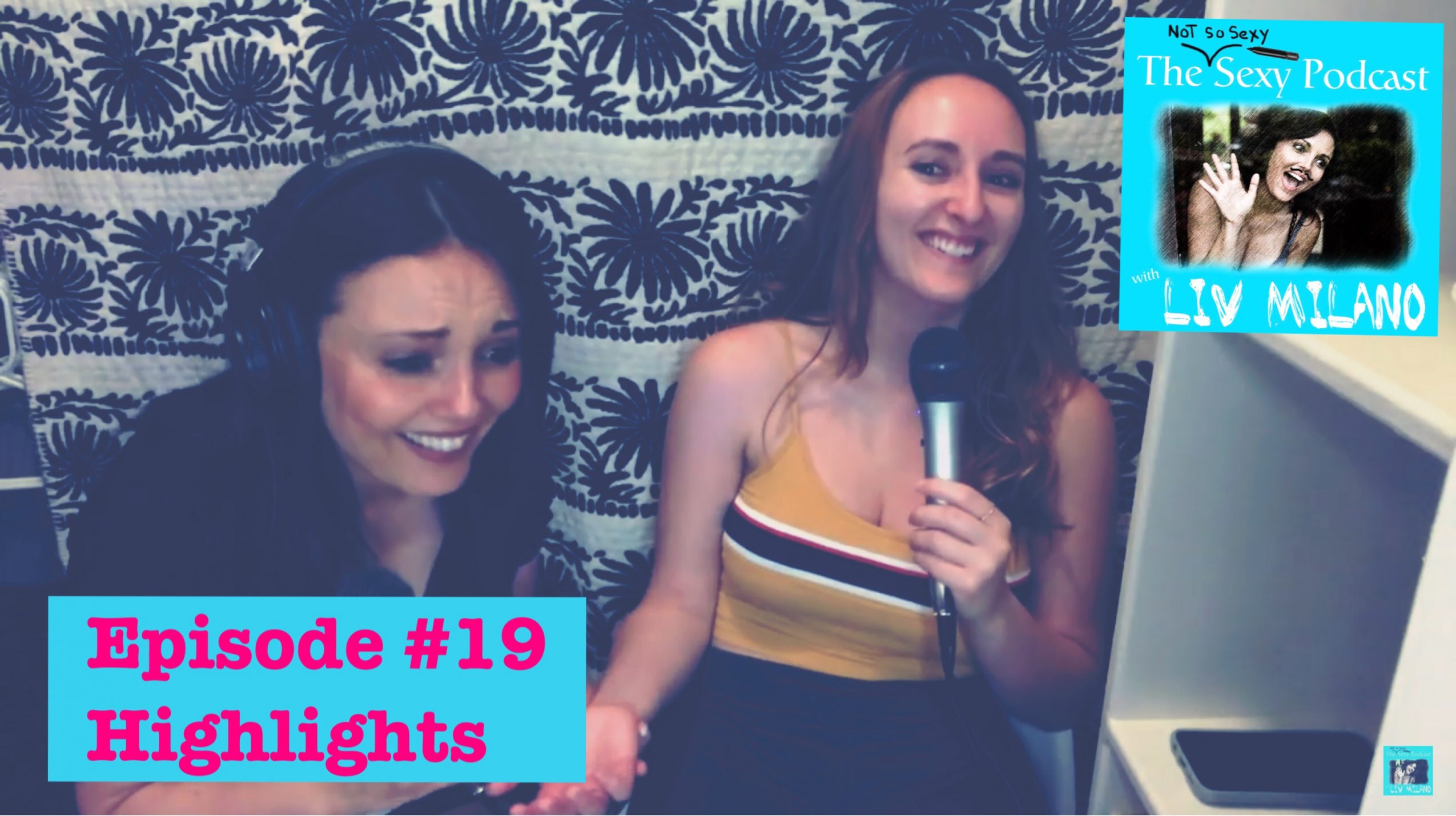 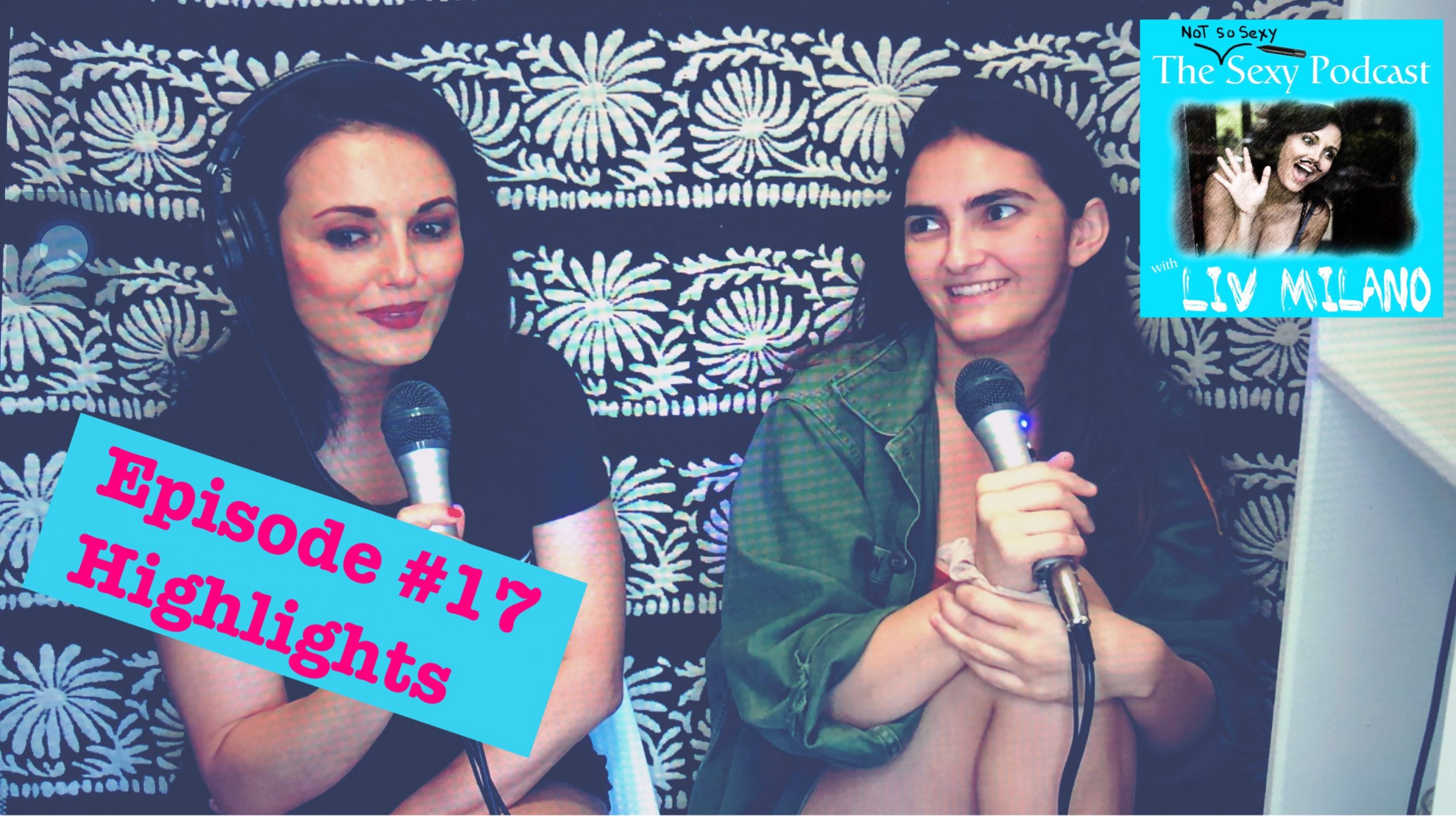 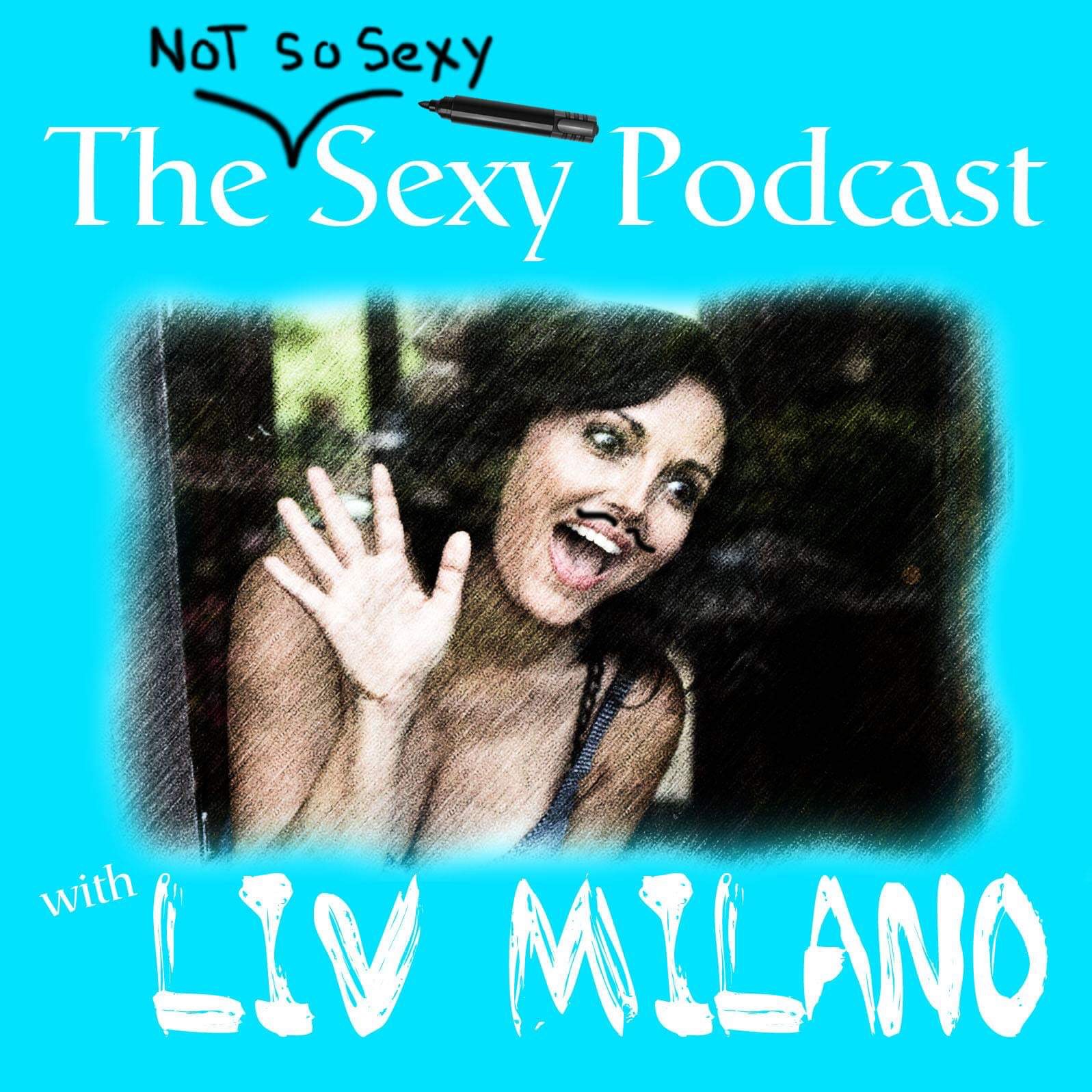 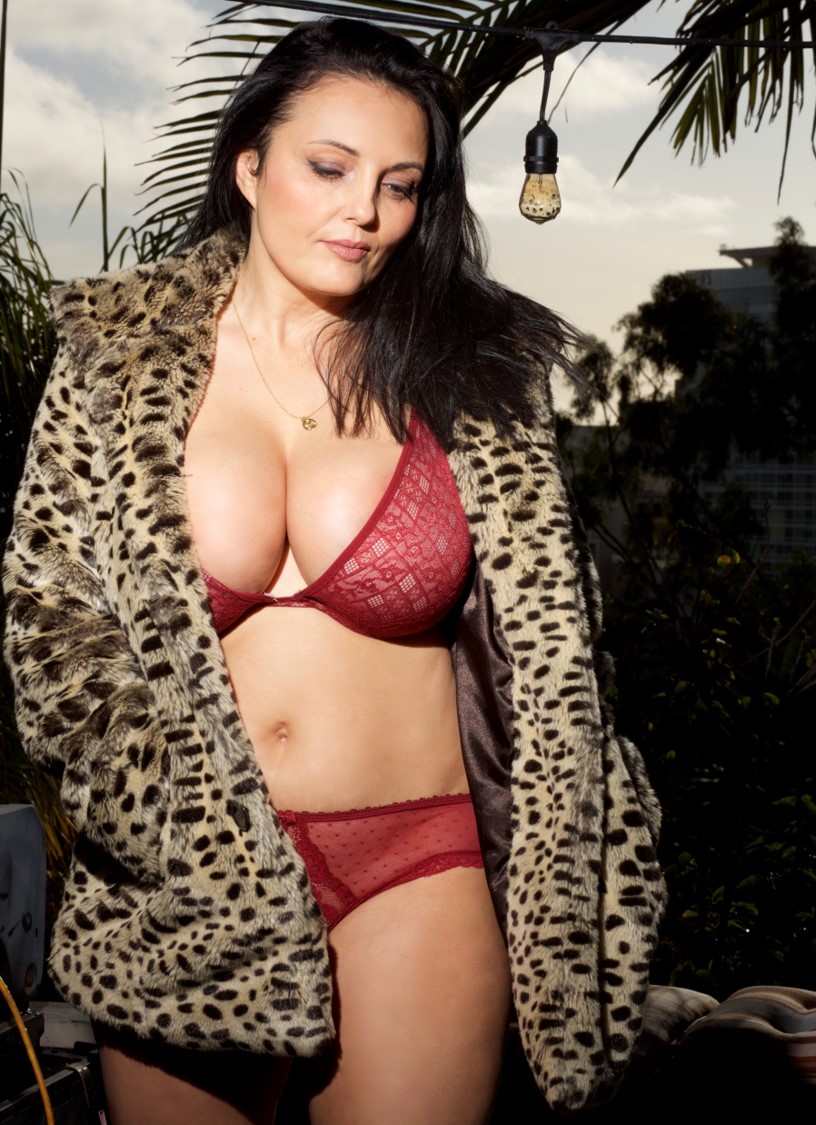