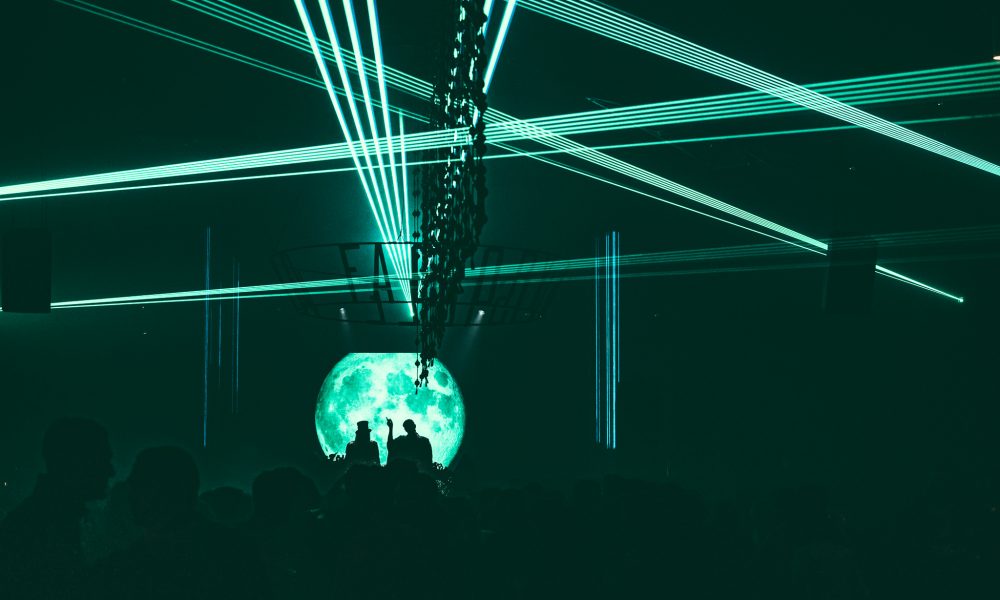 Today we’d like to introduce you to Lisa Jelliffe and Alex Oxley.

So, before we jump into specific questions, why don’t you give us some details about you and your story.
We were both DJing in London for many years and I became increasingly obsessed with the back catalogue of Fleetwood Mac. Since many of us were getting home from the club and putting on their Greatest Hits, I became convinced that we should swap that around and put the Mac in the Club – all night. It was a polarizing concept at the time in 2012. After crystallizing the idea as a remix project, the first party we put on was a deadline for ourselves and other music producer friends to bring along an edit or remix. Like some sort of secret society, we wildly danced and sang for six hours in a sweaty, East London Basement. I edited together the remixes with snippets of interviews for our SoundCloud page. We are now up to Vol 8 with number 9 on the way. Our party was really growing in London, but an advertising agency in LA, head-hunted me and we moved here in 2013. When we initially tried to put on our party in Los Angeles, many venues thought we were crazy and our London credentials didn’t get us very far. Eventually, The Shortstop agreed to let us play on a Wednesday night and the line was down the street.

Has it been a smooth road?
We grew the idea slowly and made sure to only do a party once or twice a year in a city. This has always been a passion project, not so much a business idea. The night is a celebration, a feeling and an aesthetic and I’m really proud of how we always made it very different from a regular club night. The visual aesthetic is as important as the music as I want to create a whole atmosphere – like the band does with their presence. A romantic world and a playful escape, where you can close your eyes and twirl your shawl. Many of the audience members are the stars of the show with their costumes and dancing.

As promoters as well as DJs we take on more roles, Alex does a lot of the bookings and press and I do remixes, design, social media and visuals. We’re also married and it can be intense to be never apart and always working together. There’s a lot of highs and lows. Playing to thousands of people, then scrambling to catch a flight. A lot can go wrong when you’re traveling.

We’d love to hear more about your work and what you are currently focused on. What else should we know?
Pre-pandemic we were touring festivals and clubs all over the world, from Bali to Berlin. It’s been nice to get some sleep and be in beautiful Laurel Canyon but we are very concerned about how our industry will survive this. People need music now, more than ever and we quickly got into a routine of live-streaming on twitch with Fleetmac Wood Fridays, which has actually been an incredible way to get to know our fans personally, and it’s such a buzz to get people dancing. It feels really good to help people release stress in such a time. People have made friends on our streams and hang out in real life – that made me so happy that we helped facilitate some real connection. Really, we are all fans (of Fleetwood Mac) together, as everyone who attends is really part of the show. We bring the music, but people bring the party.

Is our city a good place to do what you do?
We have got to find a way to protect all the amazing entertainment venues in LA. Some cities have no venues and no scene, we’ve seen first hand how development can easily cause a cultural wasteland. You won’t meet your future soulmate in a block of luxury flats. If it wasn’t for small venues, we wouldn’t have been able to experiment with our club night all those years ago. The last few years, we’ve hosted a Halloween party at Catch One LA which has a rich history of diversity and inclusion. We love our crowd in LA and every party gets better. There’s a lot of creativity and I think people embrace new ideas in this city. They are willing to try something new and musically there’s important institutions like KCRW that prod people to stay open-minded to what they listen to.

Our Halloween events at Catch One LA and Le Poisson Rouge in NYC became a tradition, so after six months of free streams, we are putting on a special ticketed AV live-stream in multiple time zones on 10/31/20. If Fleetwood Mac could make it through all their trauma, then we can surely adapt and make something work in 2020! As always, they are an inspiration. 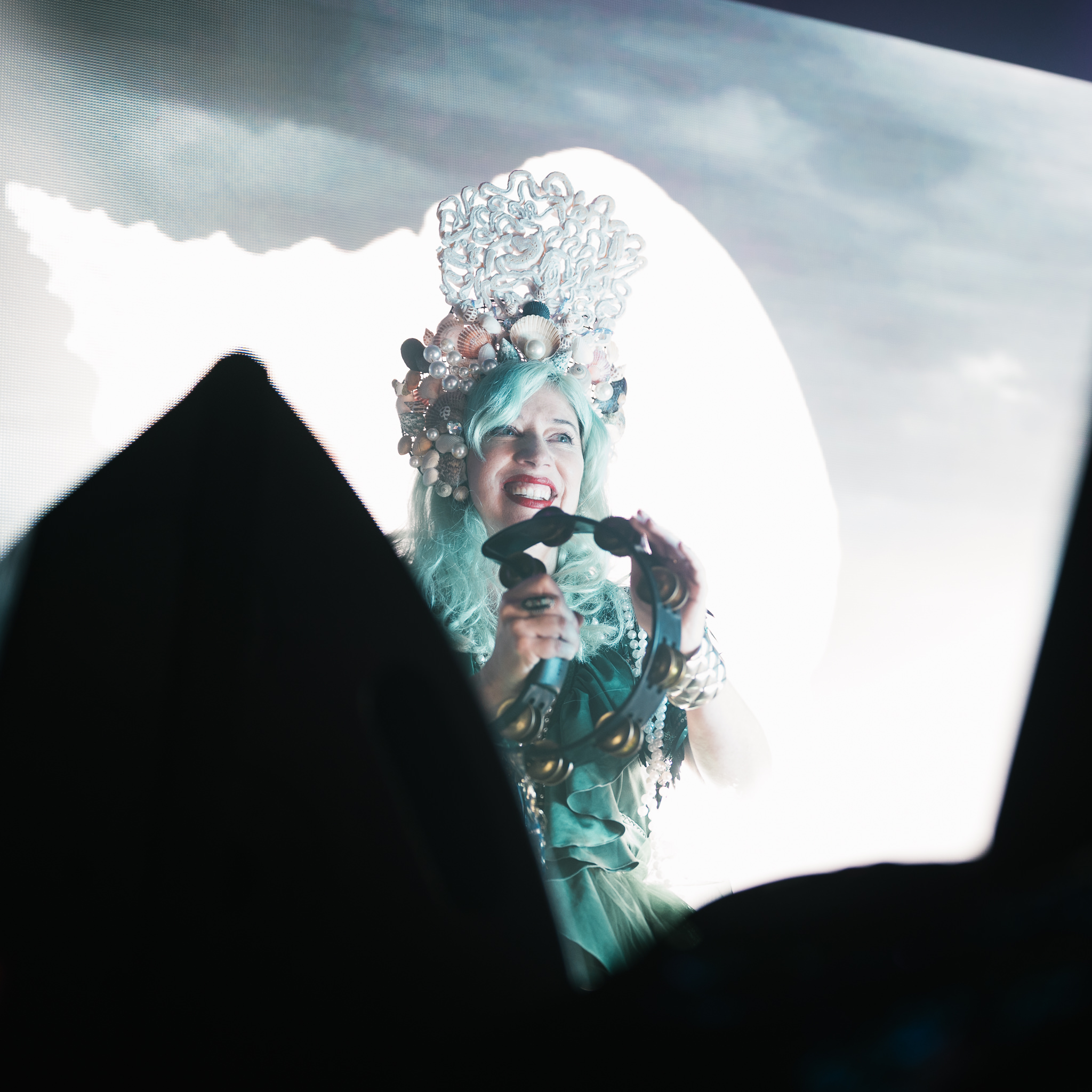 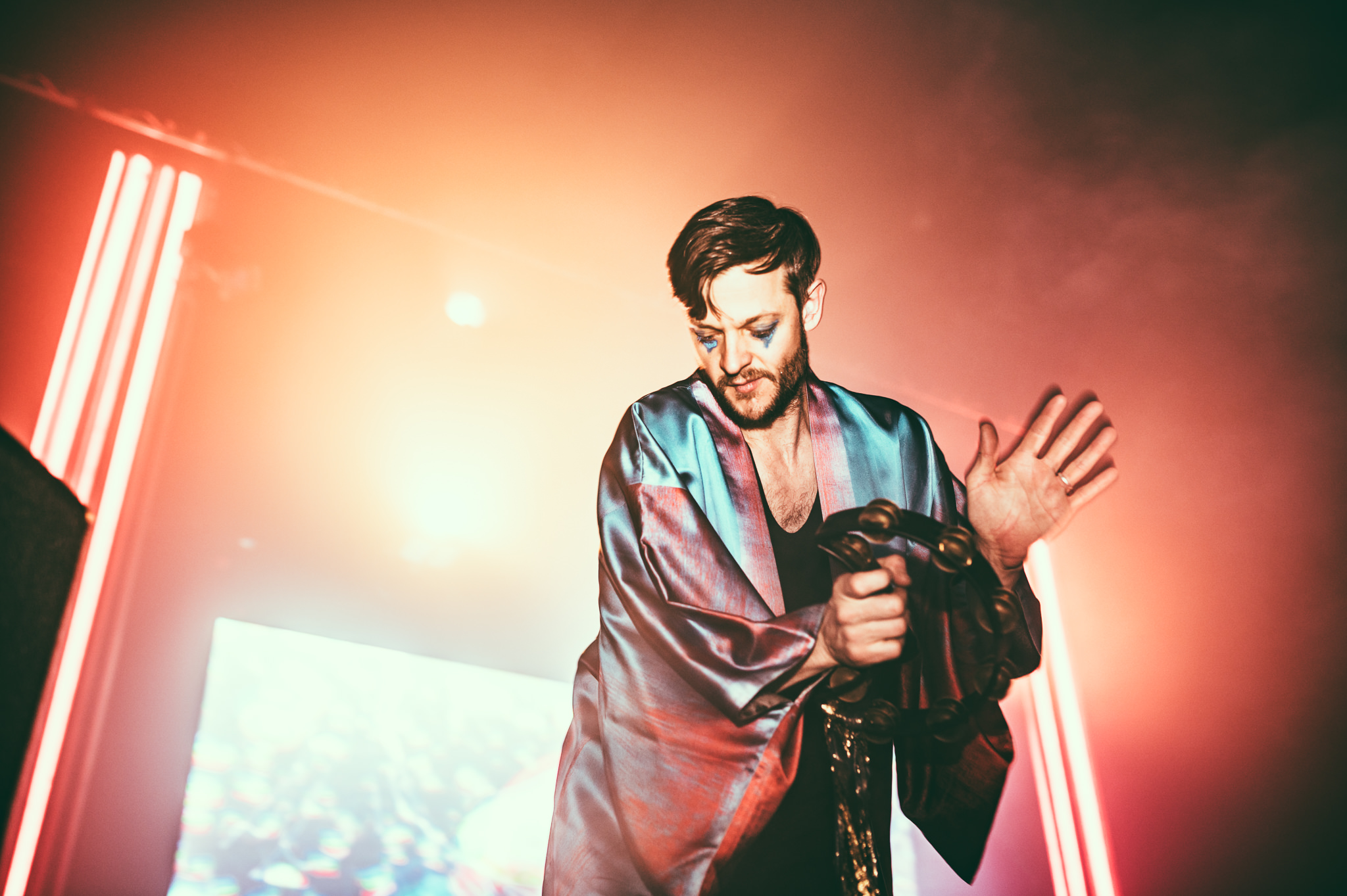 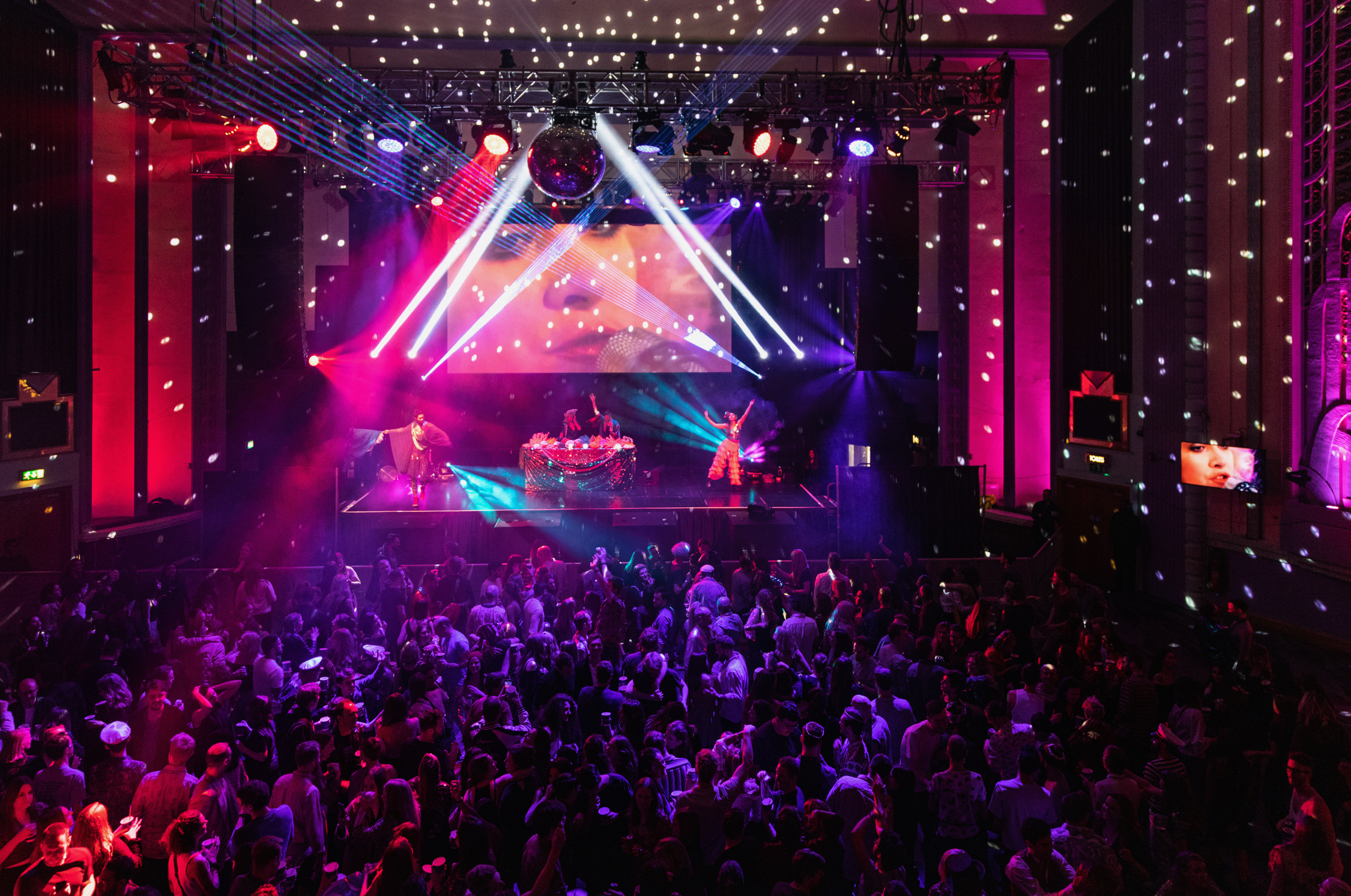 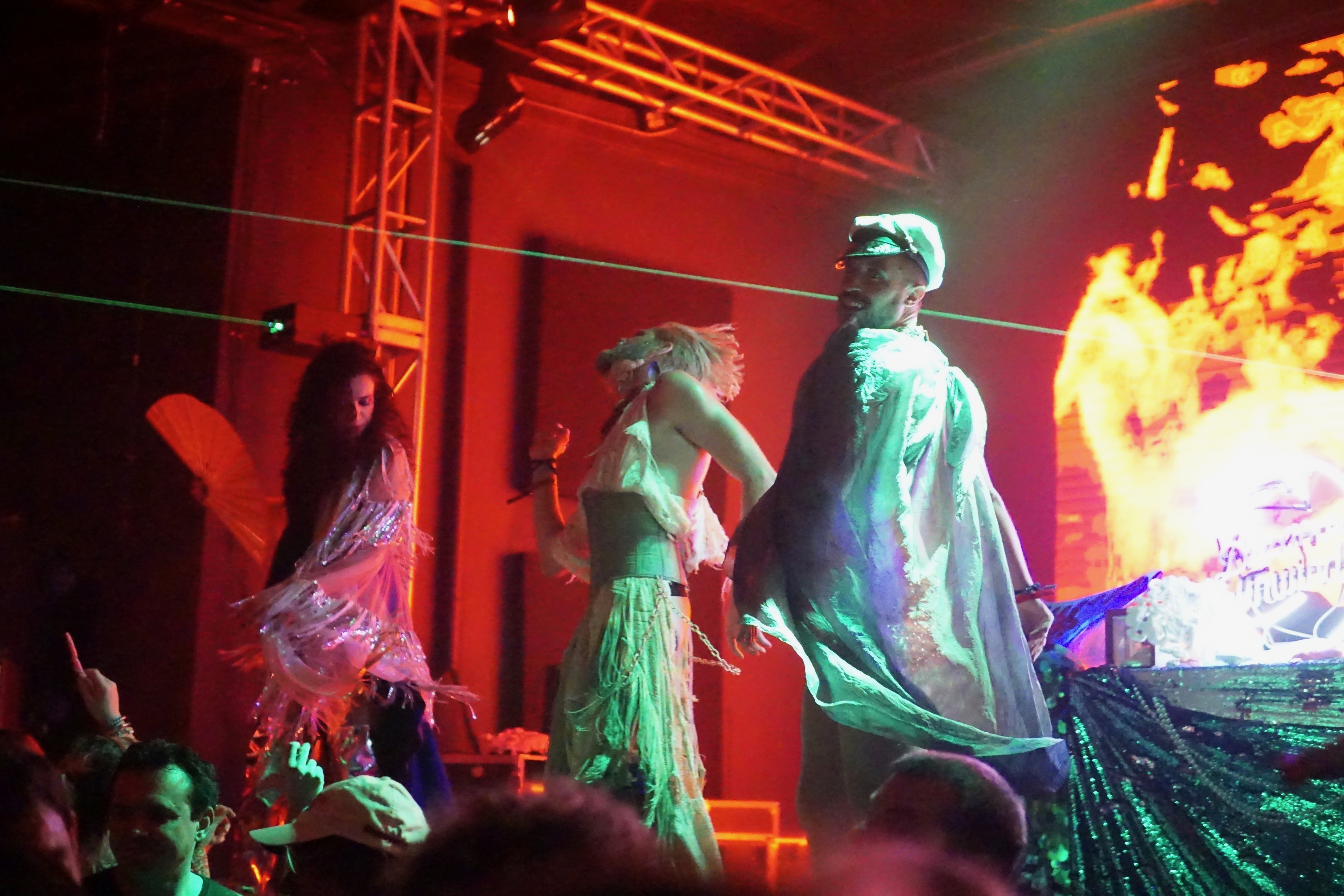 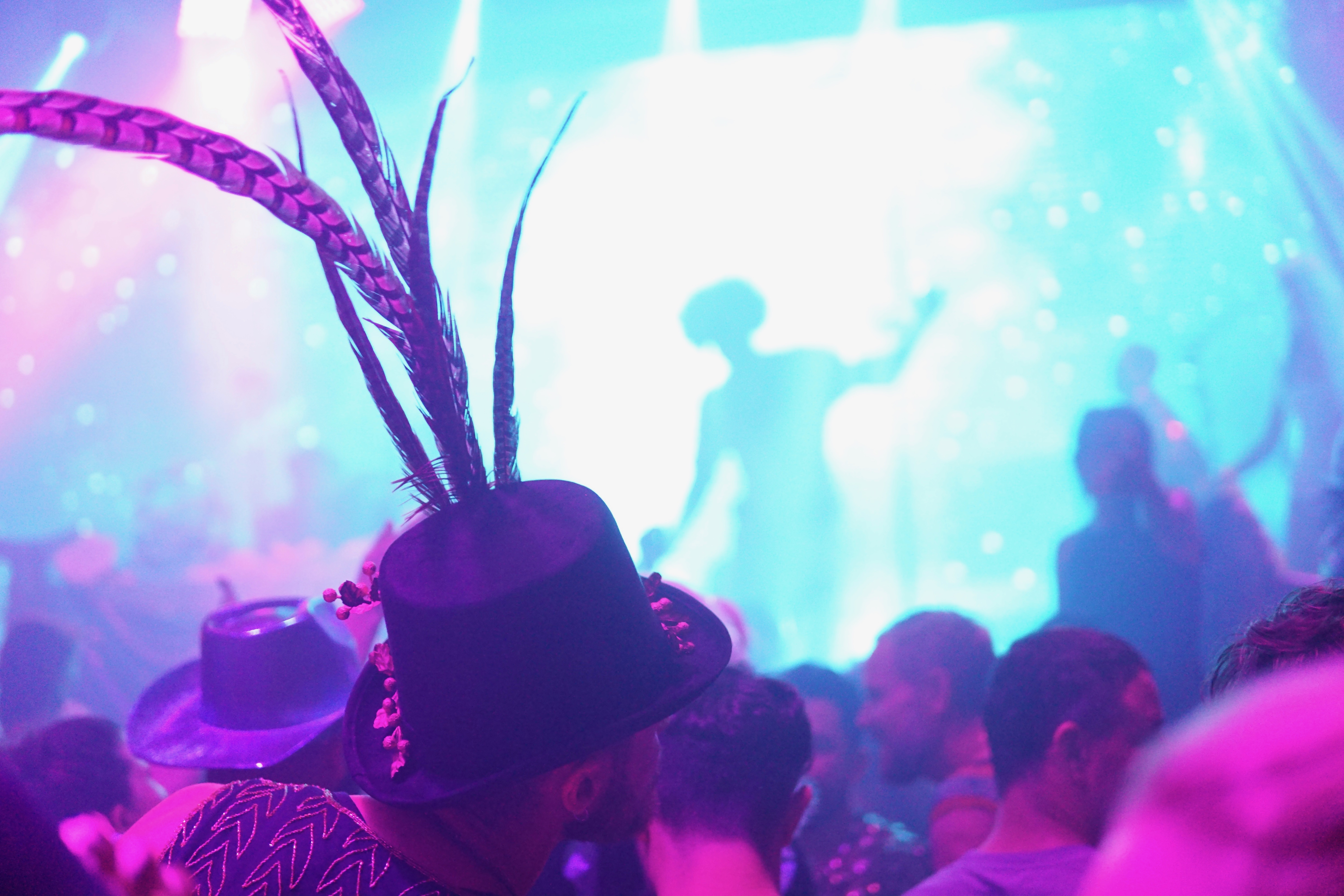