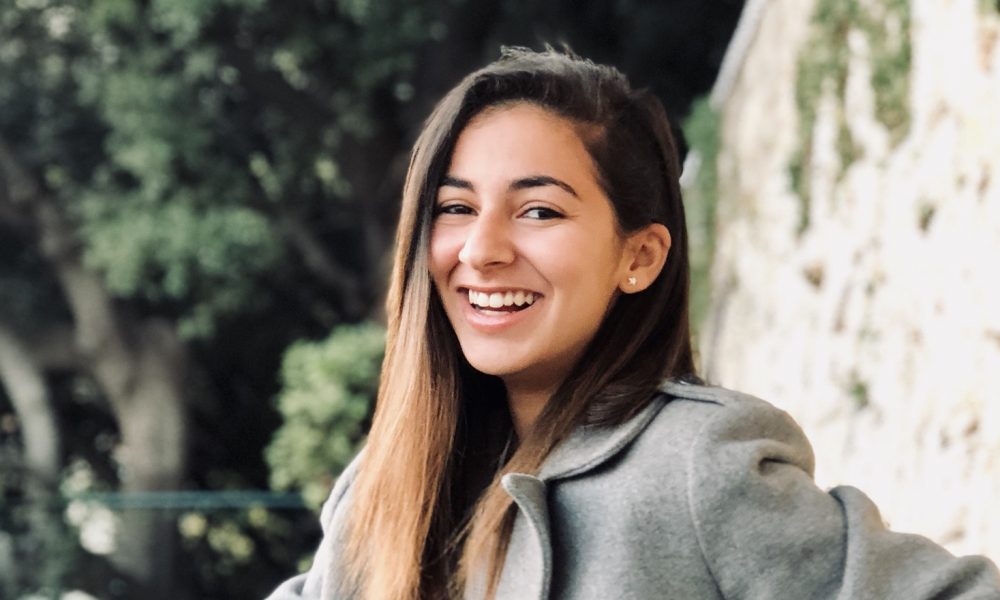 Today we’d like to introduce you to Lisa Hamidi.

Lisa, let’s start with your story. We’d love to hear how you got started and how the journey has been so far.
I started dancing when I was four years old in Grasse, France with ballet classes like every regular little girl. It was a regular French dance school where I learned basics. Then, I did jazz classes, tap dance, hip hop, salsa and contemporary. As I grew up, I discovered those new styles. I enrolled at seven years old, a filed called in France “sports studies”. It’s an intensive section that allowed me to leave school at 2pm everyday so I could train more. I was also able due to this section, to do national and international dance competitions that allowed me to travel through France but also in other parts of Europe. I competed several times in Italy, Belgium and Switzerland. I became so used to competitions that when I became a teenager, I was feeling no stress at all. I knew my skills and I knew that even if I was forgetting any steps I will improvise easily.

It happened to me several times that I forgot my choreographies during important competitions and I just improvised. Nobody could tell and people that knew my choreography will always tell me that my improvisations were always better than the regular piece. I have been in French newspapers due to my results in competitions as I was always gold medal or minimum silver nationally and internally. I think the worst position I got was 5th position in a very hard Swiss competition but I won money so I didn’t care ahah. I was taking more advanced classes with girls that were way older than me. I was also competing with them in their age section so most of the time I won gold medals I was competing against older girls. My style was and is more modern contemporary but as a kid, I fought to be seen differently as a ballerina in my directors eyes.

At the age of 14, I enrolled a new professional dance school in Nice, France because my technique wasn’t growing and becoming better. As I moved to another city alone, I was living with a roommate and I also enrolled a new High school. I discovered life differently and dance in a stricter way. I wasn’t getting along with my director so I was kind of not really making effort in my training, I was young and I had put so much effort and time in dance when I was younger that I think I wanted indirectly to live a “regular life”. During this first year, I injured my ankle. I then got the wrong diagnosis which was fine at the moment but I later injured myself more as it didn’t heal. I first stopped dancing for two weeks and then I fell better. This same year in 2015, I went to New York to participate at the Alvin Ailey intensive dance workshop. I had passed the audition a year earlier during summer in Bari, Italy. Alvin Ailey was from far a dream coming true. I had the chance to dance intensively during three weeks in their studios. I barely knew how to speak English but I learned. I was a 15 years old girl living with five other American girls.

It was fun, hard but also exhausting due to the jet lag. I learned a lot and I pushed myself. I had the chance to see how high was the level in the US. I wasn’t so bad ahaha we did an audition and out of every level I was in the second-highest level so I was pretty proud of myself especially that the audition was based on a ballet class, which is not what I’m best at. Then I came back to France and I had this feeling like I reached my « goal » in terms of Alvin Ailey, it’s weird because I only did the intensive workshop but it wasn’t as interesting as it used to be before. Back in France, I really injured my ankle and I stopped dancing for two years. I was still doing auditions and workshops but in terms of real everyday training, I wasn’t secure enough about my ankle. I always knew what I wanted to do since I’m born, I always had this precise plan set until now. But my last year of high school I got lost. I didn’t know what to do anymore I had to choose between dance or studies because doing in France is impossible especially if I wanted to dance professionally.

So I chose some universities in France but I wasn’t too into it and in terms of professional dance school I knew I could get in the schools I liked but it was the same things I wasn’t excited. I had this feeling, this feeling that made me feel like I didn’t belong in this country like there were nothing interesting for me. One day during my senior year in high school I went to an Event in Nice, created to present universities to high school seniors so I went. I honestly didn’t care at all I just wanted to dance but I had to talk about three schools to my teacher. So I had a friend who ran towards me and presented me an agency, which took care of American Universities with especially Santa Monica College. I was still uninterested, I was even on the phone with a friend ahah. I took their flyers and I thought that SMC looked cool so I researched more and I was thinking it was really cool as I could do dance and study business marketing, which I love by the way. So I talked about it to my parents and six months later I was in Los Angeles. I did some dance shows and some modeling with the clothes brand Sachika but the best is yet to come.

Overall, has it been relatively smooth? If not, what were some of the struggles along the way?
It was and wasn’t a smooth road. I admit that I am very lucky, I have been “helped” a lot by the Universe in general. I had lots of lessons to learn about me, people and life but the Universe is always helping to reach the best and sometimes I also feel like I’m protected. Finances has been my primary struggle and source of stress then I didn’t really struggle as I said I’m pretty lucky and people around me notice it too. I’m thankful for my life no matter the struggle it’s always to get to the next level so I embody all of it.

However, in France my first dance director was more using me then anything else. As I said, I was training with older girls and competitions against older girls but I wasn’t part of her favorite students. I was told that I was too fat when I was very young or threatened to not do shows if I wanted to compete my way. I never had her telling me I was doing good or just congratulating me when I was winning gold medals. Having her as dance director when I was young made me strong as well as my personal life. So pretty much nobody can break me ahaha. My second director didn’t like me at all we would argue a lot and she would treat me bad in class sometimes. Her husband who was my Jazz teacher loved me tho. So who knows ahah.

Now I’m not the favorite either at school I have never been but I can tell that teacher acknowledge me and my technique. I learned a lot about myself but for me, my biggest struggle is myself. I think that indirectly I know my skills and the way I dance and sometimes, if I don’t push myself I just take myself kind of for granted. So I work everyday on myself to be different, change and succeed. I had to special mentors. As I said, I was never part of the favorite students but I always had few teachers supporting me and taking my side. First Jeffrey Carter Everything he taught me helped me more throughout my life than my first dance director. I’m pretty sure it’s because of his training I passed the Alvin Ailey audition honestly.

I then had a more personal training with my second Mentor Kofi Eto after my injury. I met him in my first dance school. He knew my level before my injury and saw me suffer from frustration during our training ahah. Jeffrey and Kofi are both old school teachers and they are actually very similar. They taught me modern jazz basics but also deeper techniques. Discipline, presence as a dancer but also as an individual. And most importantly, how to take care of my body. I would never be able to thank them enough because they have been real supports in my dancing but also my life and they deserve more than credits for that.

We’d love to hear more about your work and what you are currently focused on. What else should we know?
I’m a dancer, more specialized in modern and contemporary dance techniques but I’m very curious of learning styles. I truly think that I won’t build my own style and way of dancing if I don’t try every dance style. I’m proud of myself for always trying to become better in my dancing but especially in my mindset. I’m a hard-working person and very perfectionist, which is out of limit sometimes but it’s also one of best qualities as a dancer. In terms of career, I’m not proud of myself about anything I’m only 20 years old and I still have a long life and path ahead. My goals are set now; I just need to reach them so I can create new goals.

If you had to go back in time and start over, would you have done anything differently?
If I had to start over, I would not change anything. I believe that everything that happened to me was meant to happen for reasons. Lessons are blessings as they allow us to grow and become better versions of ourselves. I am young and I already learned a lot. I am grateful for those lessons because I wouldn’t be the person that I am today. Of course, it can be painful or stressful especially because I am the kind of person that needs to learn the hard way to change patterns. However, once I understand I never repeat my mistakes. To conclude, I am thankful for my past, my present and I can’t wait to learn more lessons in the future aha. 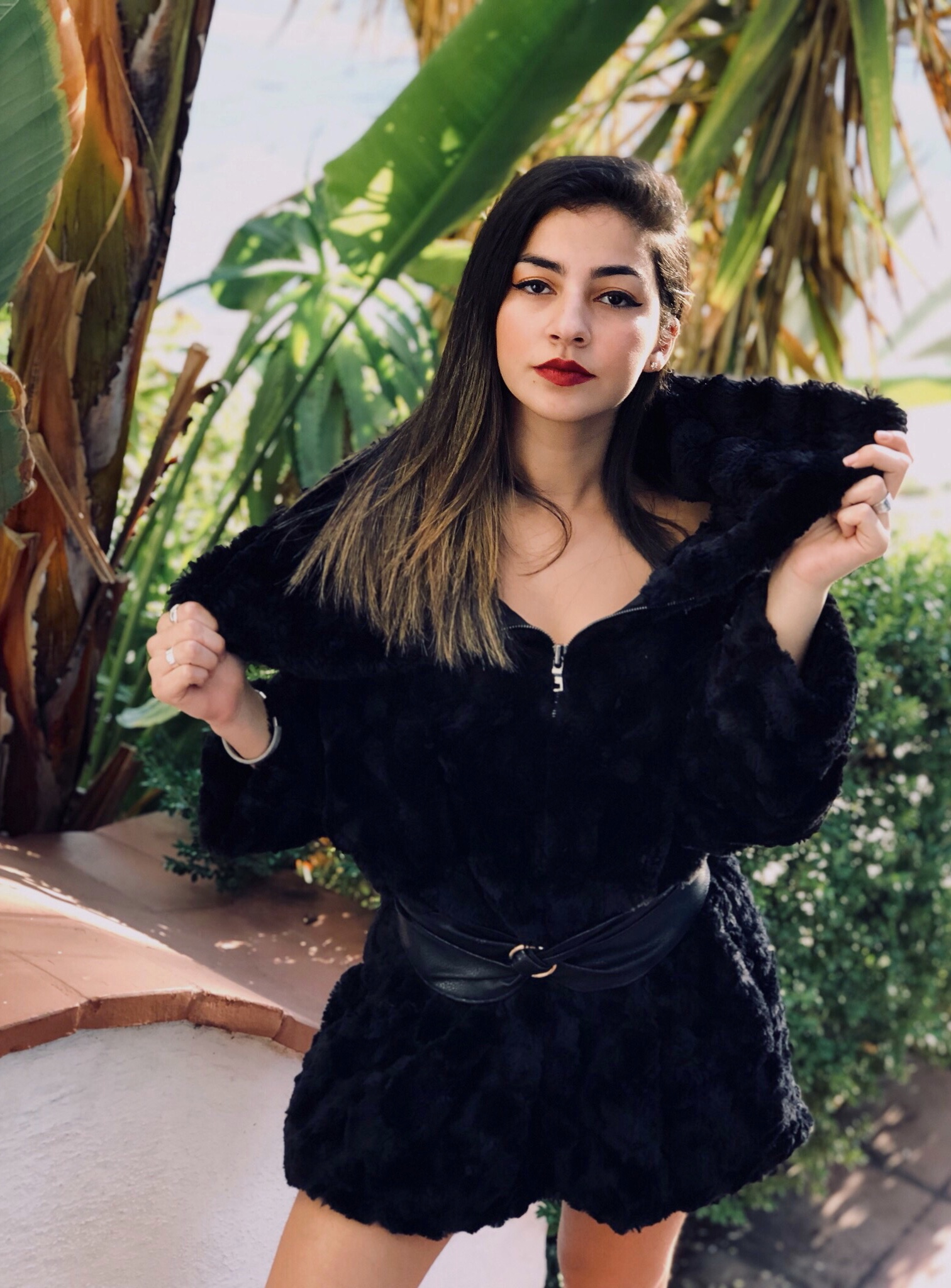 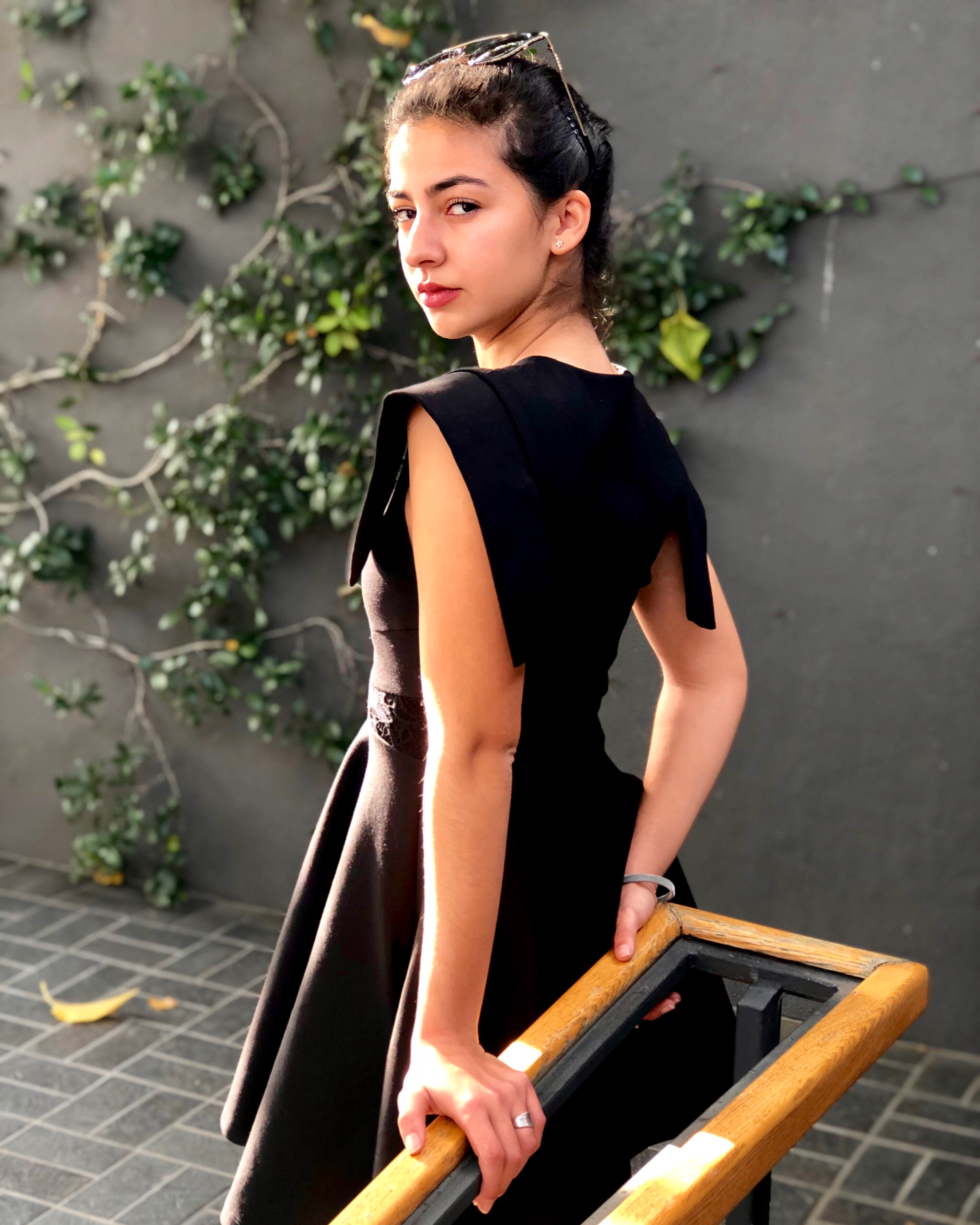 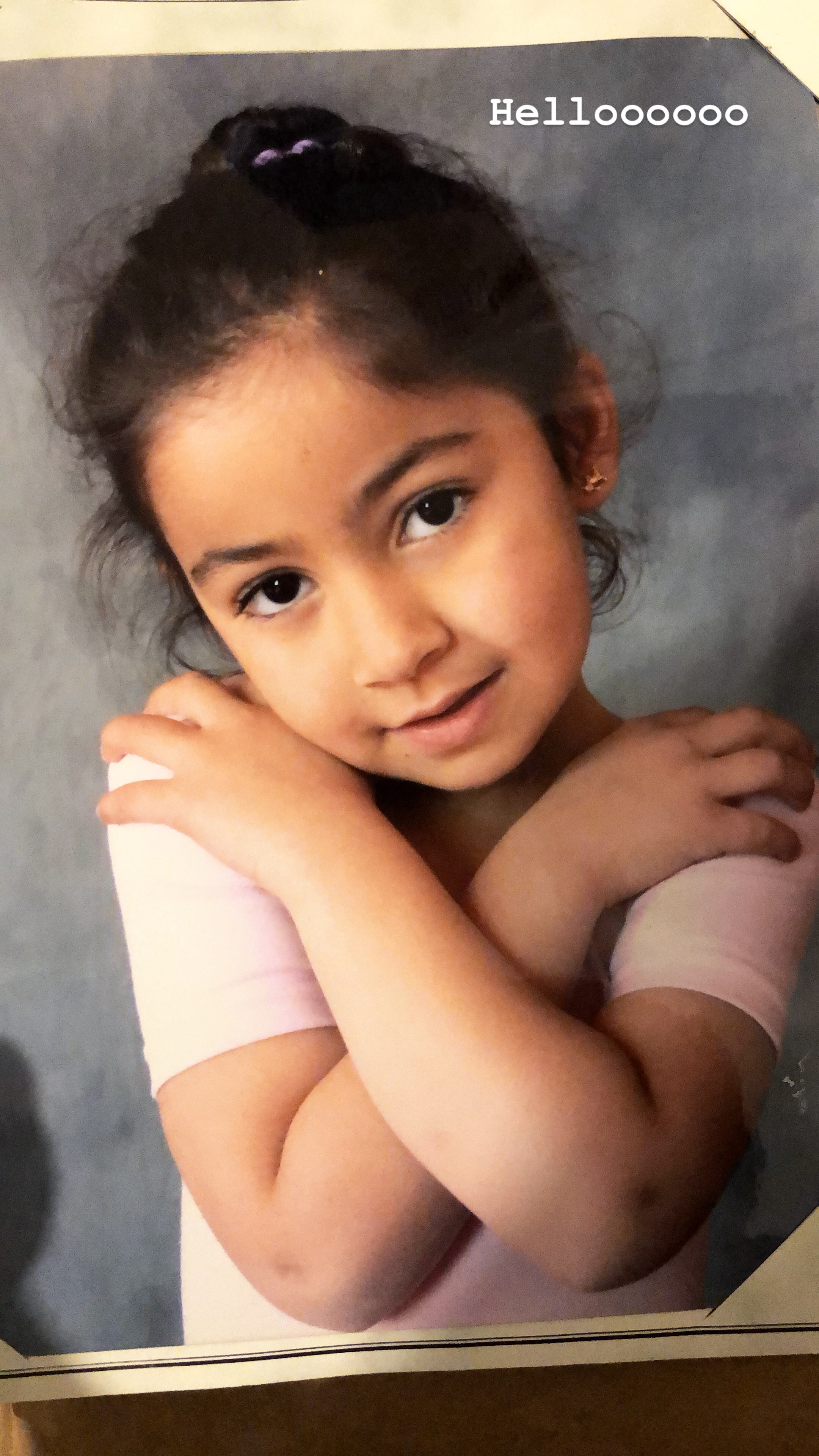 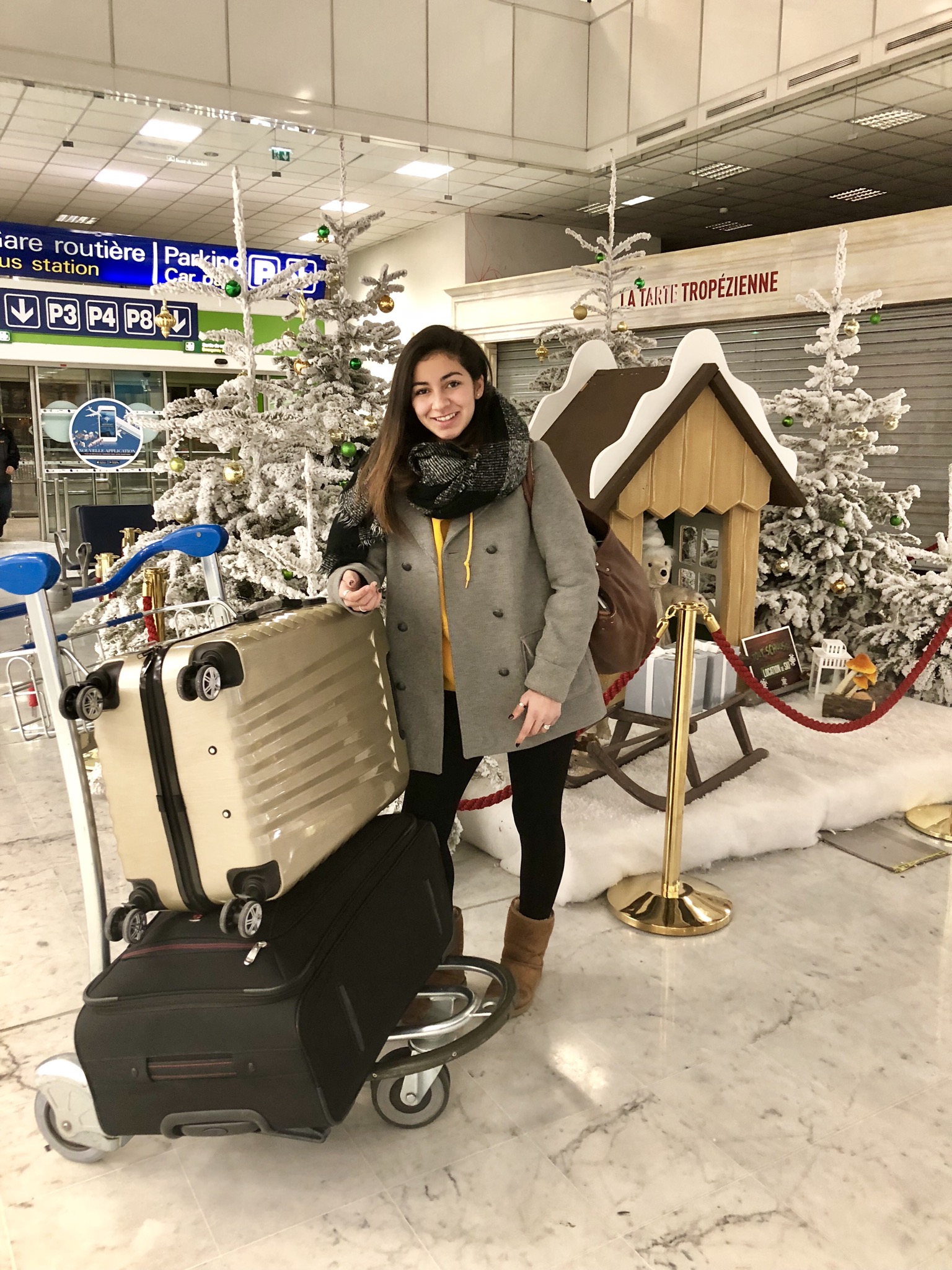 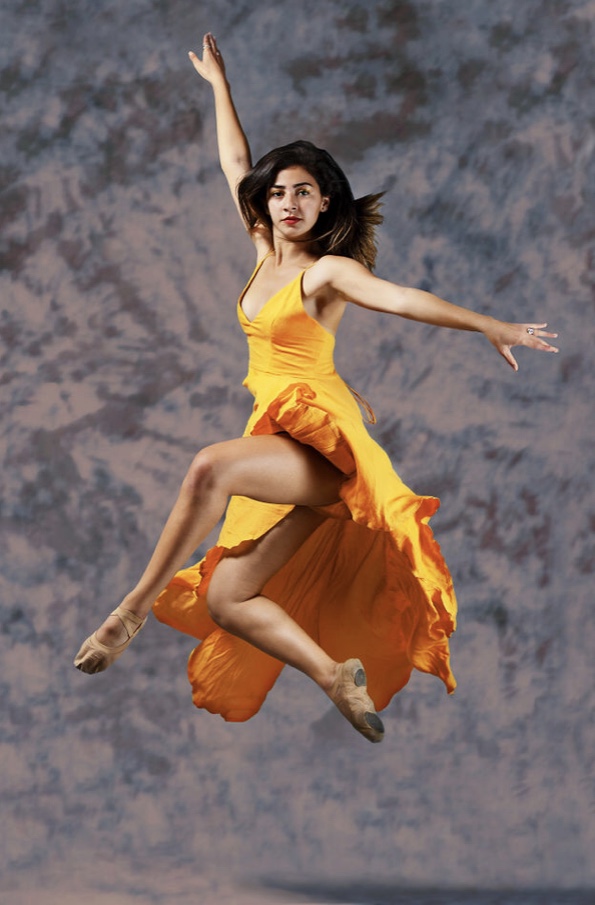 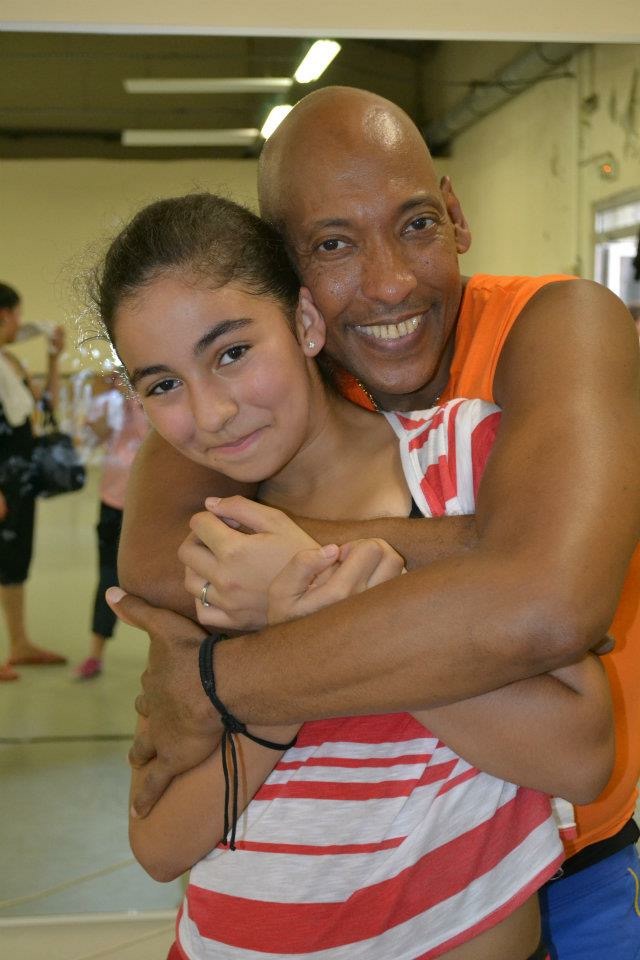 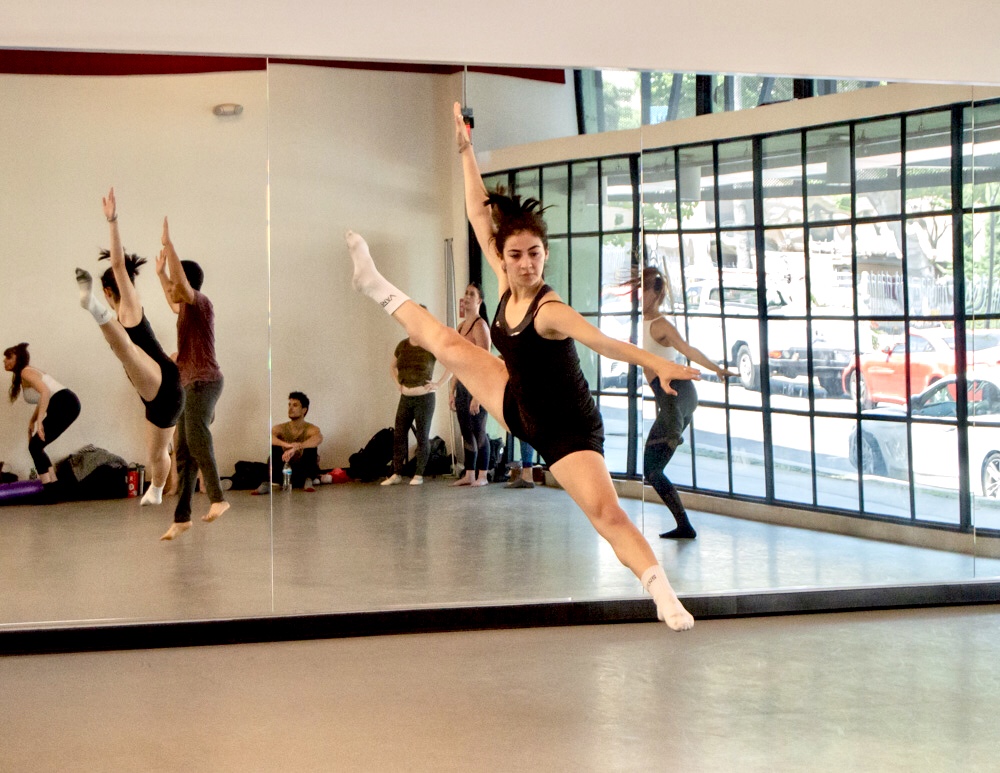 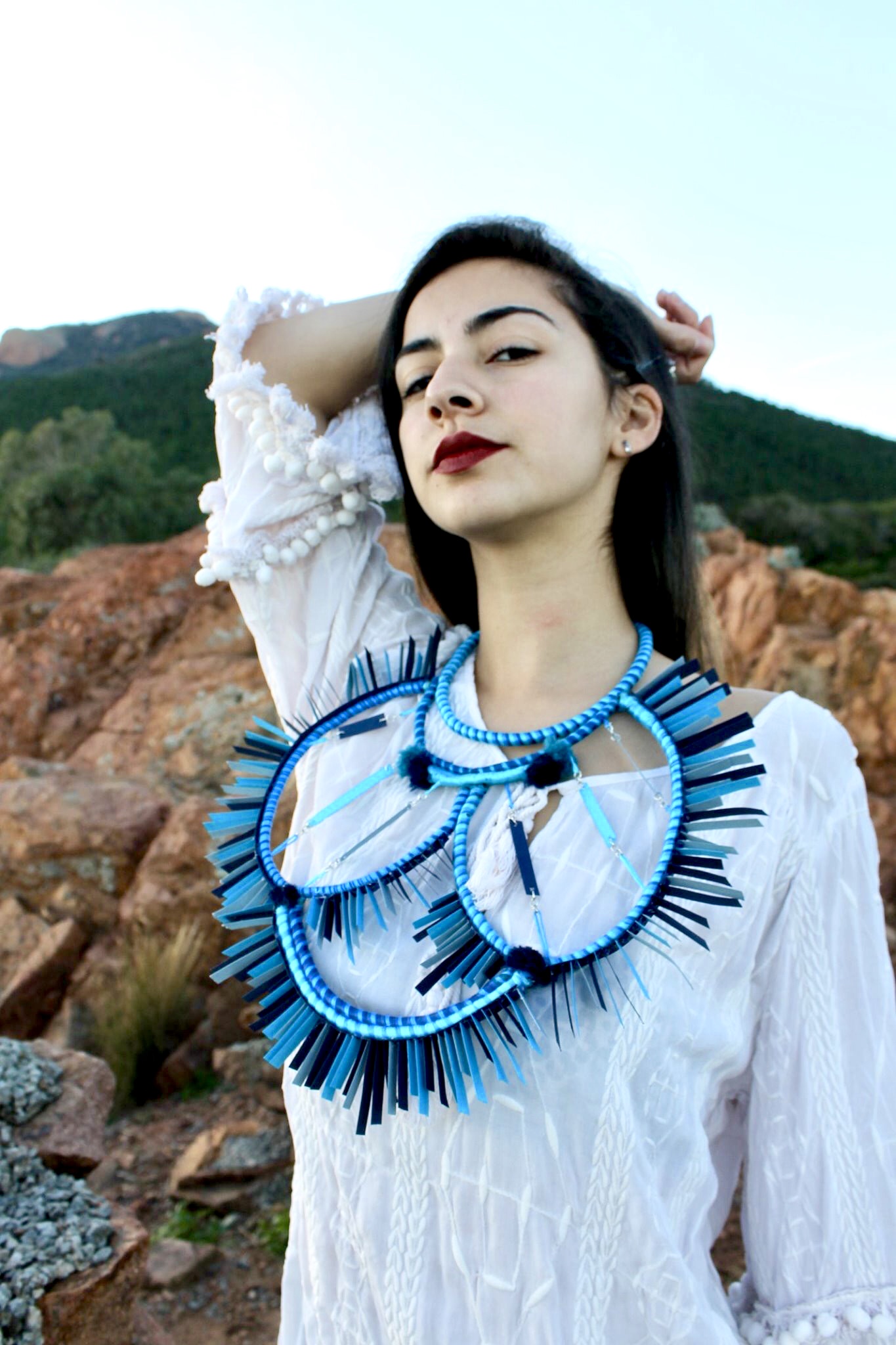 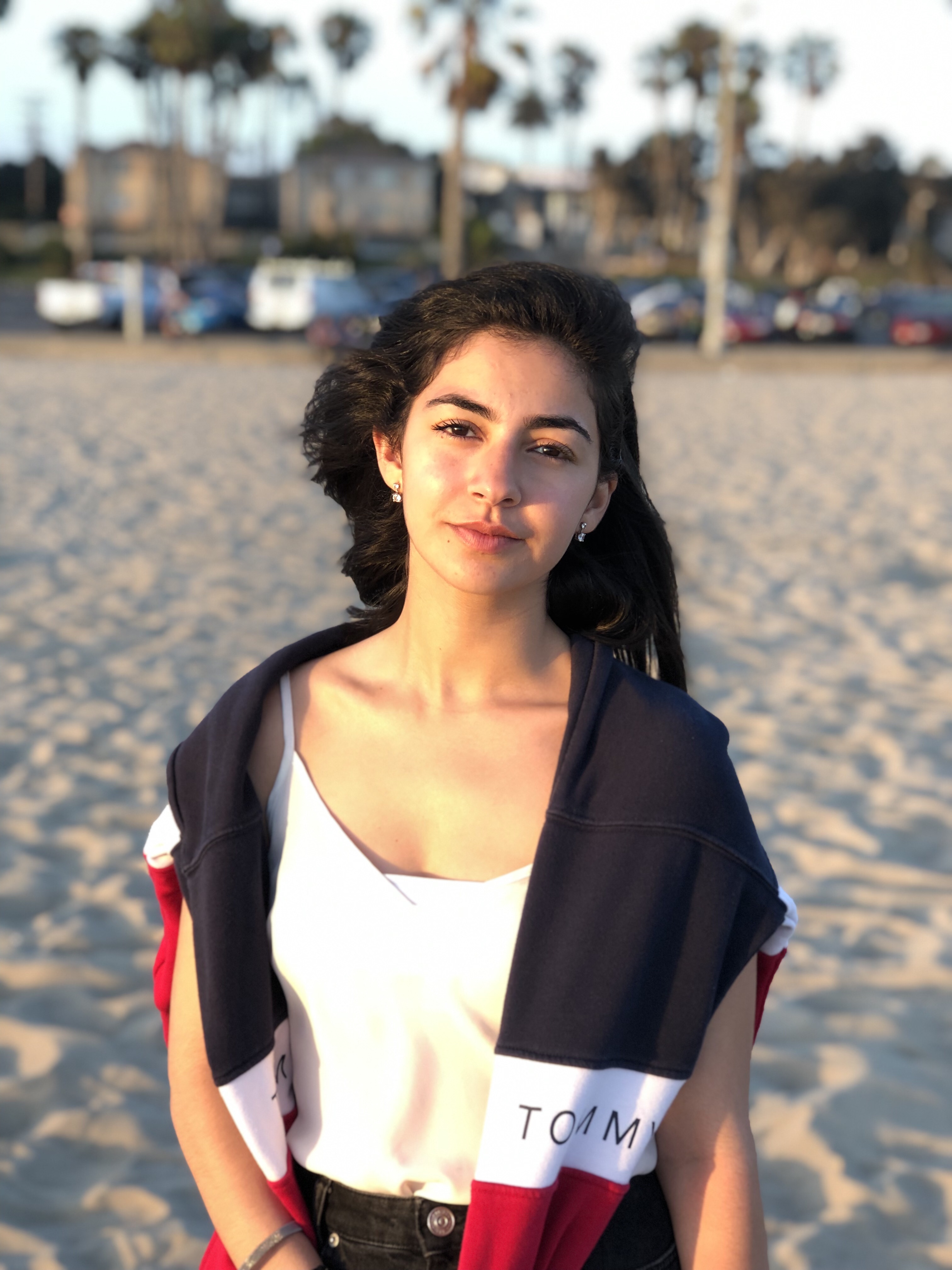 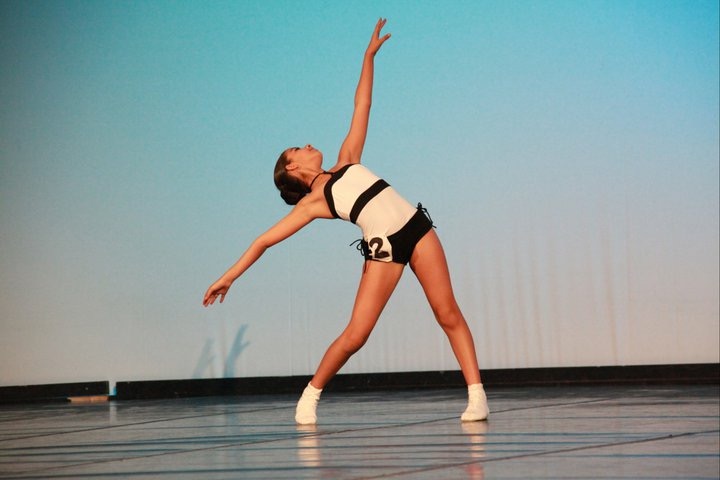 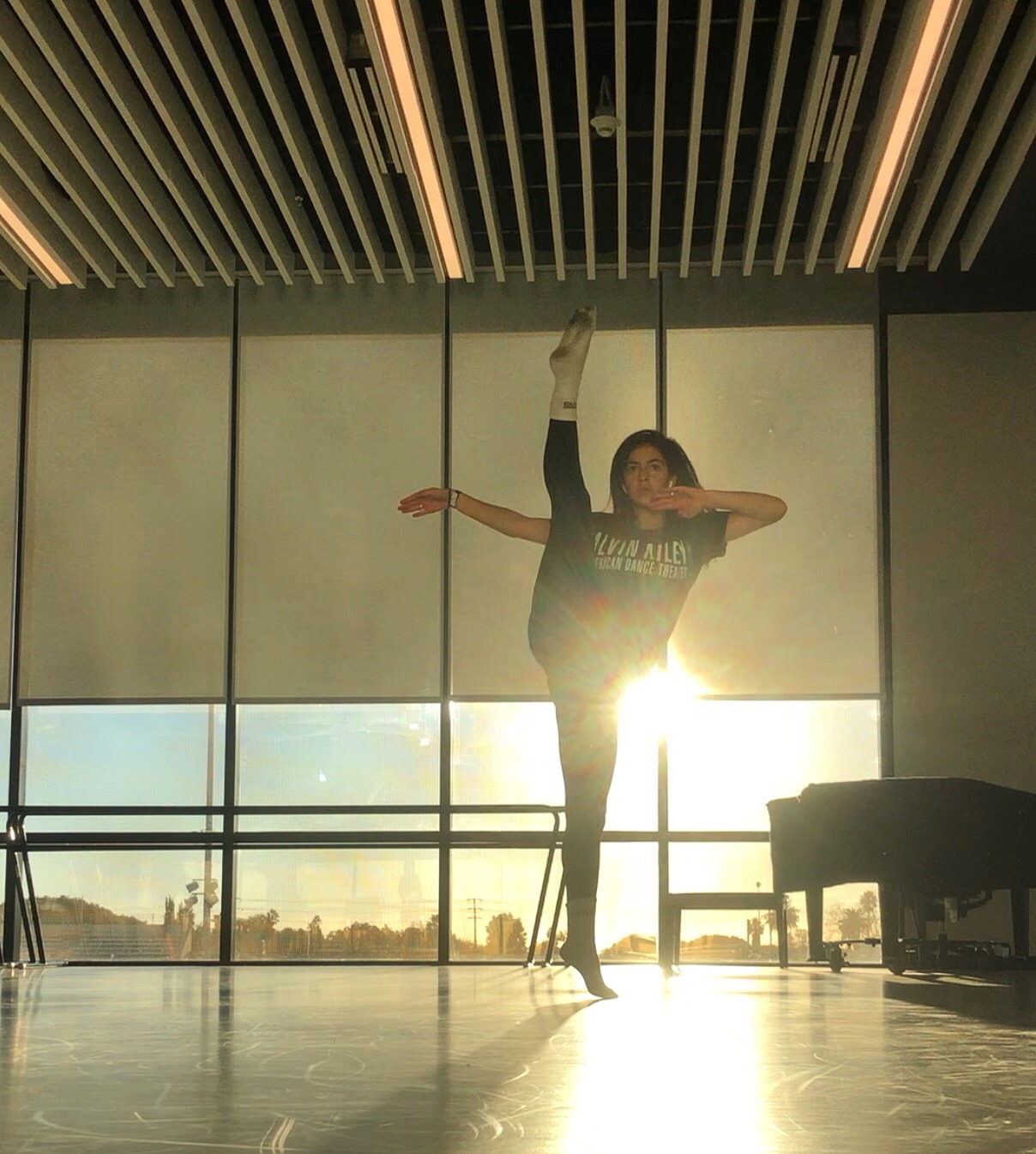 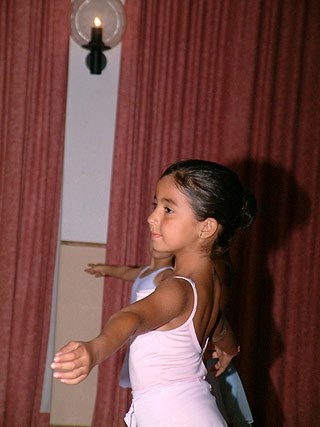 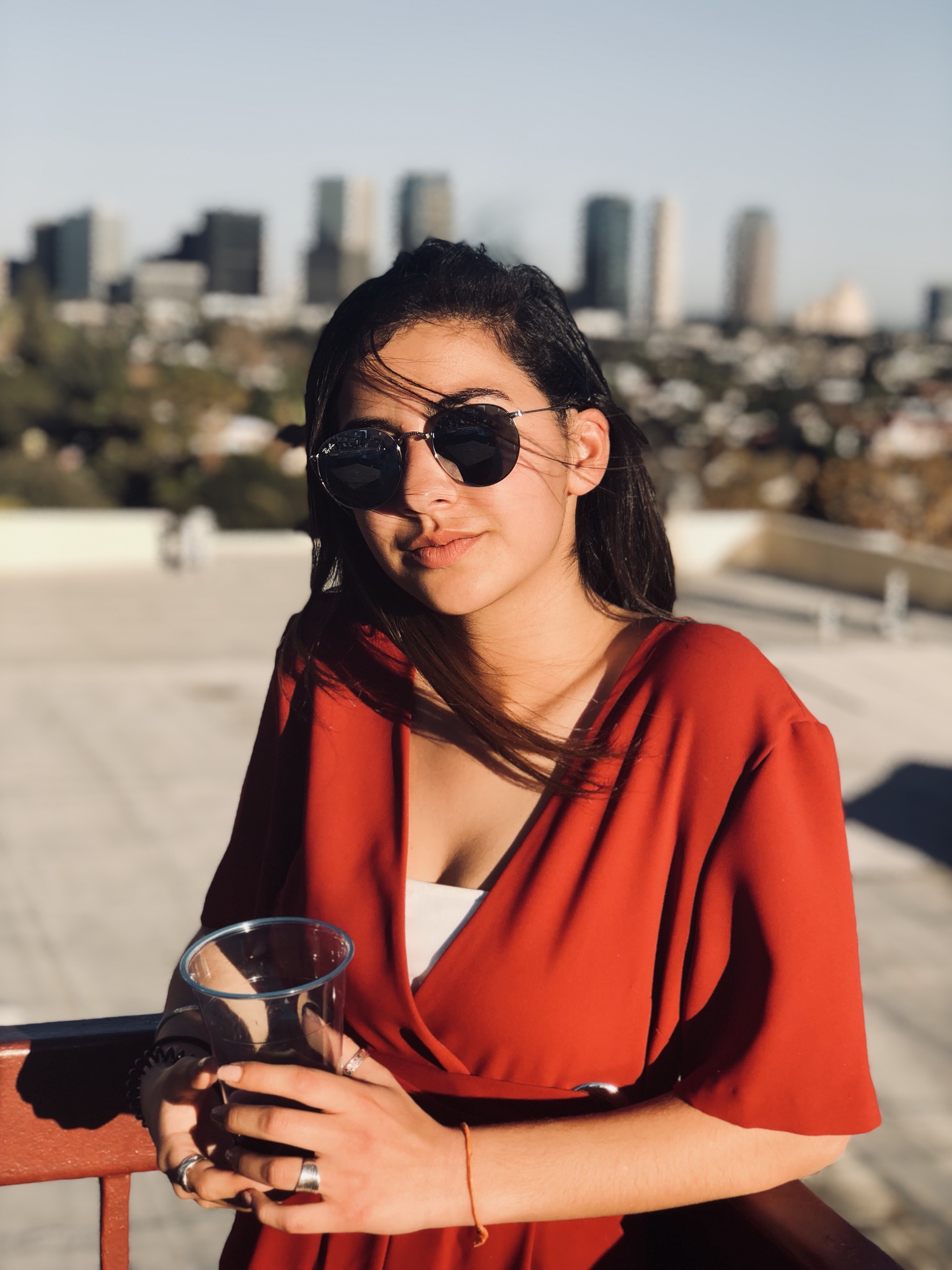 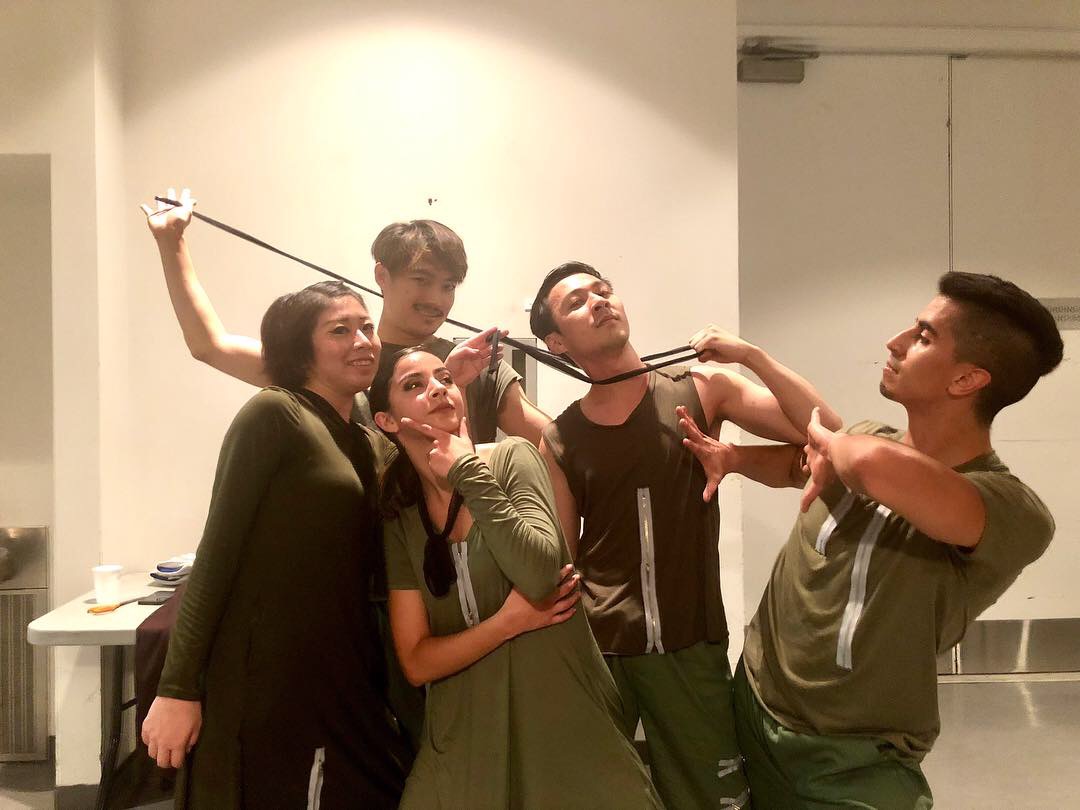 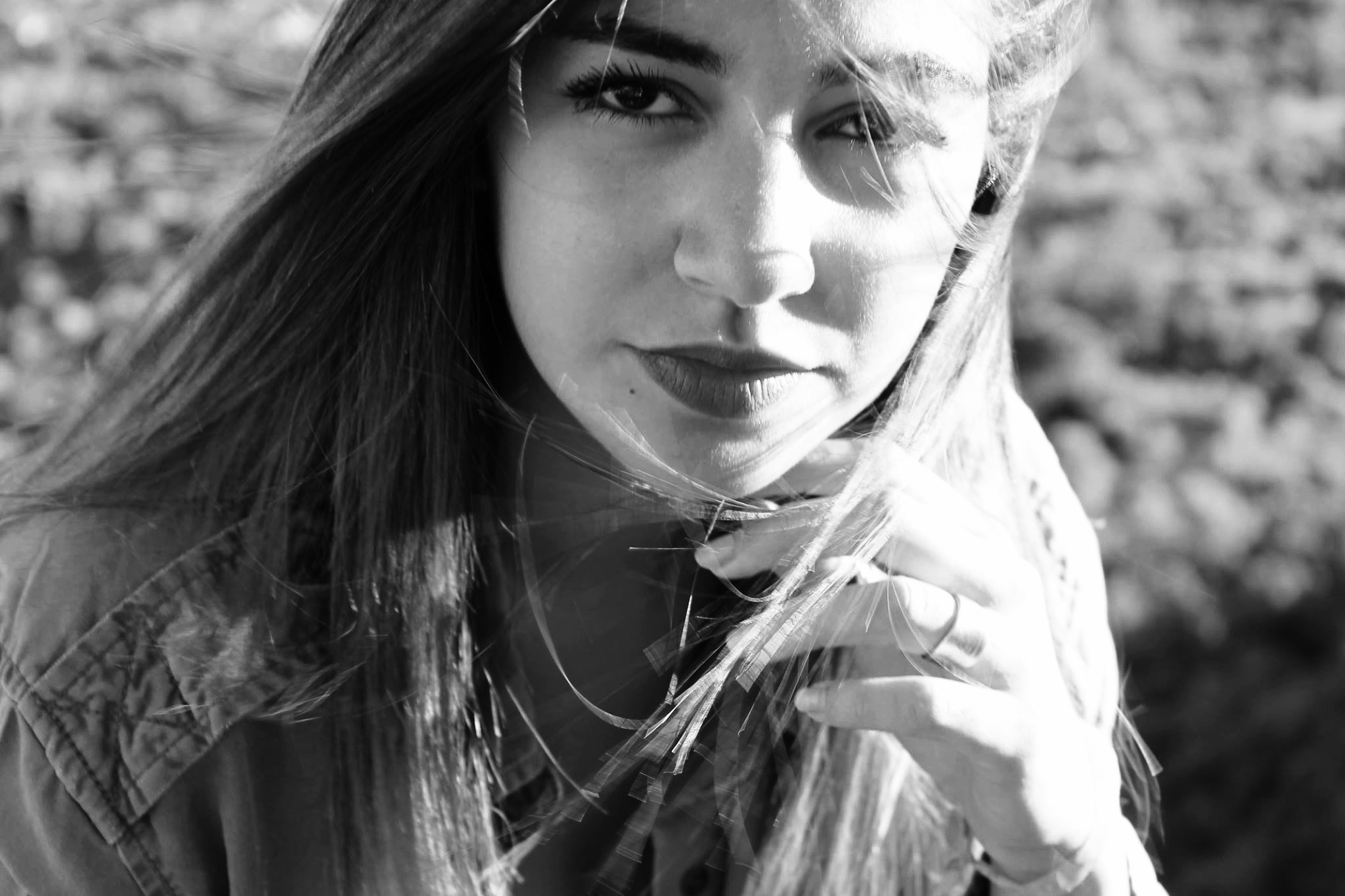 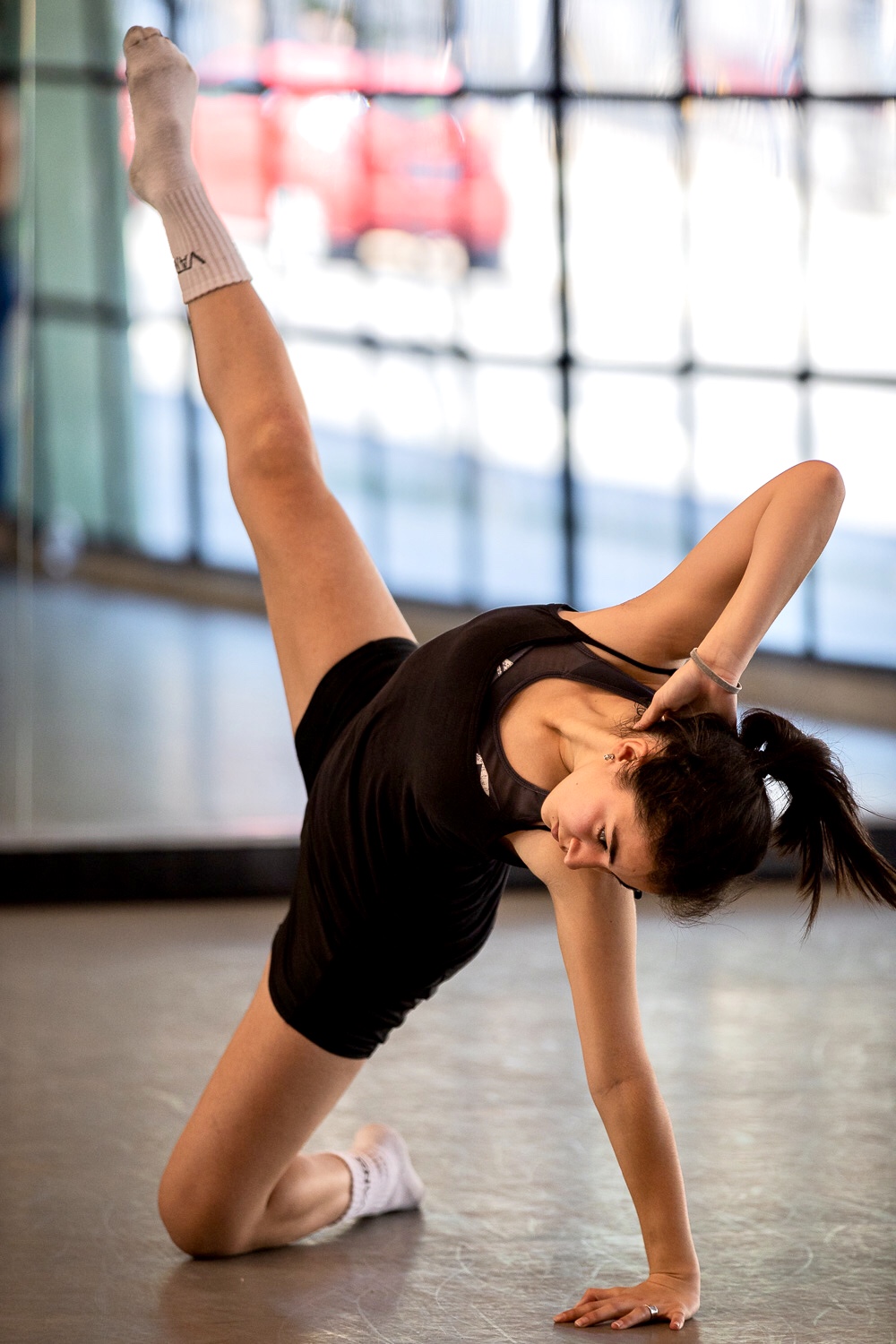 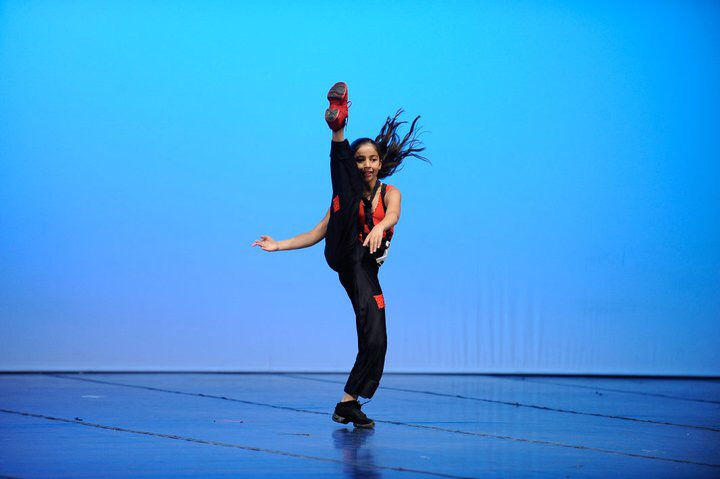 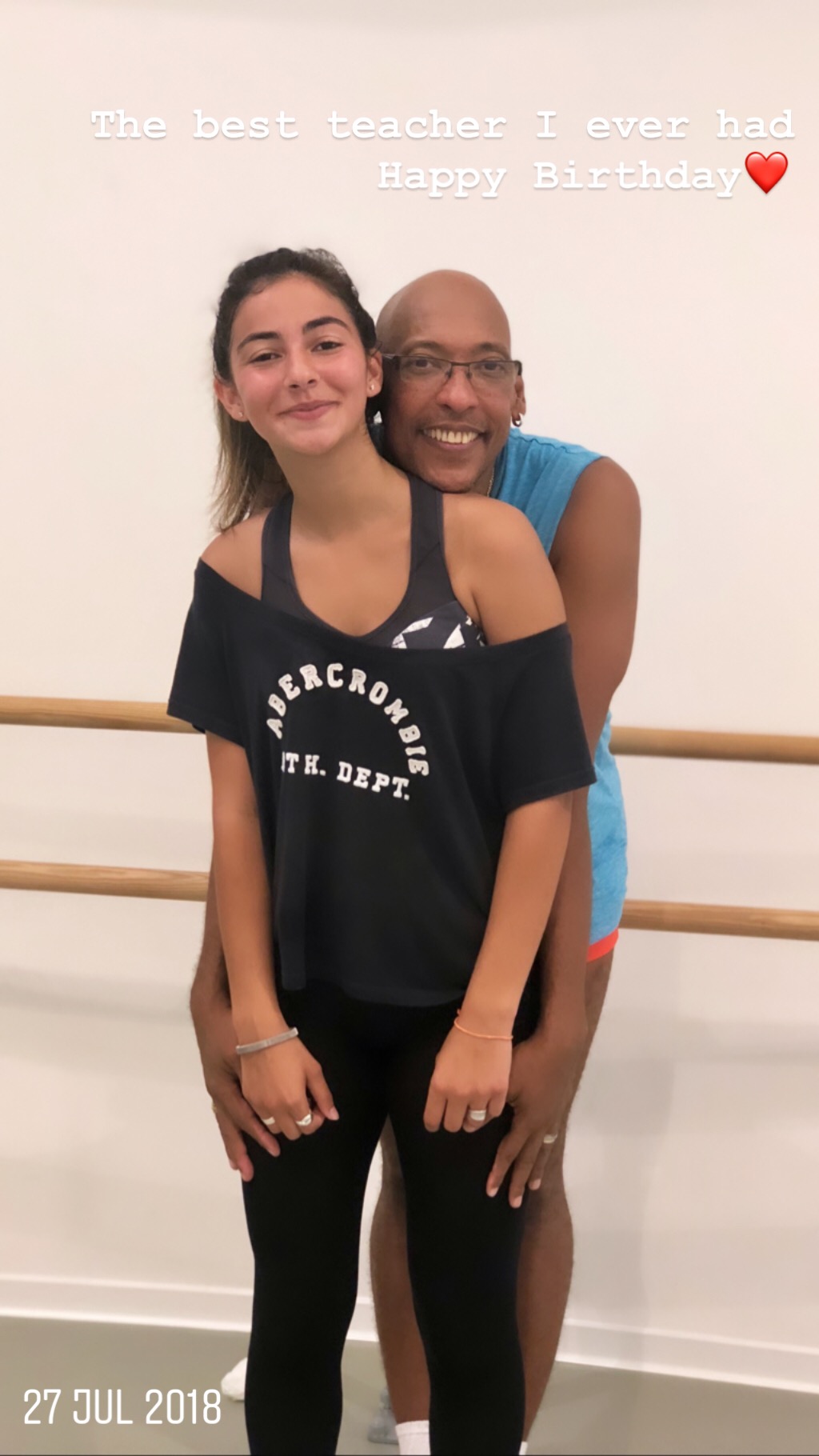