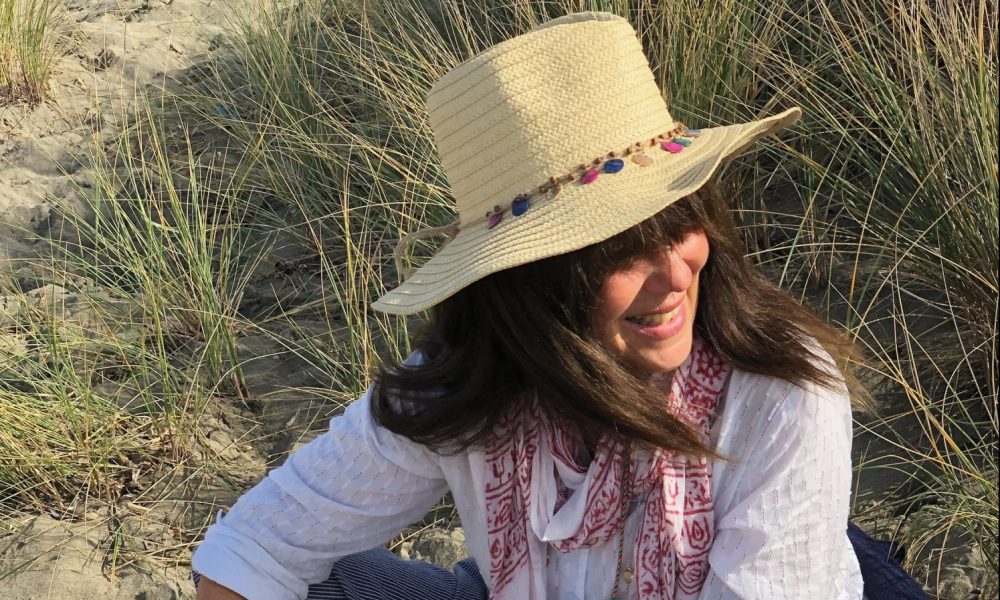 Today we’d like to introduce you to Lisa Finkelstein.

Lisa, let’s start with your story. We’d love to hear how you got started and how the journey has been so far.
I’ve been in the clothing business for what seems like a lifetime. I started out as a sales rep with my ex-husband in a wholesale showroom at the mart on Olympic and ninth. Since then, I’ve done clothing design for myself as well as working for other companies, I’ve also worked in retail in my own shop and at different times for other boutique owners. I’ve designed collections for wholesale and been in many situations with partnerships that never really worked out for me. I’ve realized that I really don’t like to compromise when it comes to creative endeavors.

About 15 years ago, I was hired by a company that made jewelry in India to create a clothing line for them. On my first trip to India, I was amazed and inspired by the vast choices of textiles and trims and buttons and the artisans that created stunning embroideries and hand stitching. It was there in India that I met Shagir. I suppose you could say that we changed each other’s lives.

He was one of the pattern makers in the export house I had been sent to work with. I thought he was the most talented and we worked well together. One day, I found out that he was earning about 100.00 per month for working 12 hours a day and six days a week. The poverty I had seen in India weighed heavily on me and really made me feel powerless. I had many sleepless nights there trying to come up with solutions to ending poverty. Kind of a big task that I was not prepared or qualified to address. But then one day, I realized that what I could do was change one person’s life there. Because of the cost of living in India being so much less than in the states, I realized that I could really help Shagir completely change his life even though I was working and living on a very modest salary. At one point during my stay, I found other fabric sources and other factories that I wanted to work with and I took Shagir with me to continue making my patterns. I paid him the same as he had been making before but his working hours were about one-third of the time he had been working before.

Even after I quit this job and left India, I arranged to give Shagir the same amount of money every month. Over the years, we became like family and every time I had a clothing project in India he would help me with it in some way. On my last trip to India, I had a financial partner. Long story short, the line was wonderful and some of the best boutiques in the country ordered it but the partnership was not working for me so I ended it and decided to never make clothing again. Haha. I went to work at Jana, a high-end little boutique in Studio City. I had known Jana for many years and we had a mutual admiration for each other. I really loved working there. I was always wearing my samples from various lines I had created over the years and customers started asking where they could find my pants or my dress, etc. I had to tell them they were one of a kind samples. At one point, Jana asked if I could have Shagir make some of my designs for the shop. I was reluctant because as I explained to her, it’s quite expensive to make just a few pieces. It’s actually much easier to manufacture large quantities. She persisted, and I finally agreed to try a few pieces. This is where technology came in.

On my last trip to India, I had bought an iPhone for Shagir. So, we were able to use WhatsApp to shop for fabrics. I sent him to my favorite fabric sources and while we were on the phone together he took pics of each fabric and I would say yes or no. He would then purchase the right ones. He’d take them home and cut them and his friend came over to stitch them. Then, he sent them to me and I brought the pieces into Jana. It was a huge success. Little by little my tiny little line became the best selling line at Jana! At this point, Shagir had a full-time job in India and I was working full time at Jana. I started selling a few pieces online through Etsy and our tiny production started to grow. It grew slowly and organically in a way that was manageable. After three years this little company has allowed both of us to work for ourselves. We have also hired a couple of full-time tailors to do our sewing and the best part is we get to pay them to double the going rate in India. I have always hated the way the garment industry worked. So much misery and exploitation involved. But not in my little company. Everyone is happy and creative and making more than a fair wage.

Has it been a smooth road?
Nothing has been a smooth road for me in this business until I stopped compromising and demanded of myself that I should only do what I felt was right and what made me happy creatively. It’s only taken me forty years to get there, lol!

We’d love to hear more about your business.
I design clothing that’s very feminine but not trendy. Only cotton and other natural fibers and everything I make is something that’s extremely wearable. Comfort is important to me. I never make “sexy clothing” because I believe that what makes a woman attractive is the way she moves. It’s all about unrestricted movement and fabrics that cooperate. If you wear beautiful fabrics made into unrestrictive silhouettes, you’re going to just naturally feel happier and it will show in your body language and you’ll end up being sexy unintentionally, haha.
Since I’m a very tiny micro-business, I pretty much make clothing that’s one of a kind. I find fabrics that I love but there’s usually only a few yards available so I’ll just make a couple of dresses and a skirt in any one fabric so it’s almost impossible to ever see someone wearing the exact same thing from me

Is our city a good place to do what you do?
I do my business online and occasionally do pop up shops for 30 days at a time. This city is full of creative women and it’s a perfect place for my business but recently, the rents for retail space have become so high that it makes it almost impossible for small creative new businesses to emerge. I think the city should subsidize the rents for small business otherwise every city will only have the same 15 places to shop and nothing that reflects the community locally. 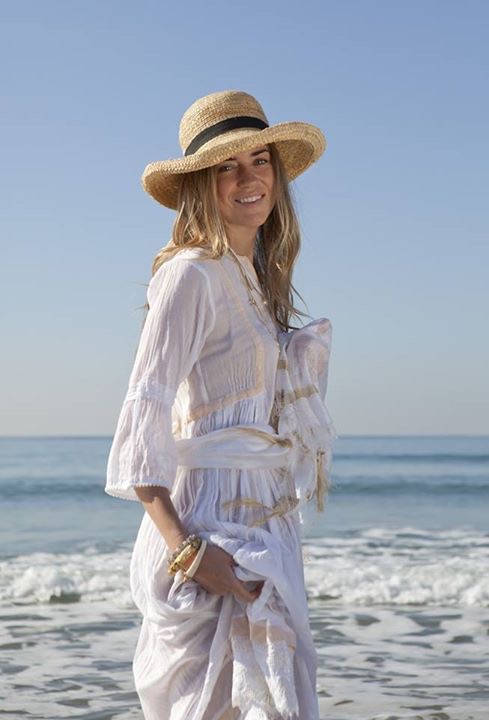 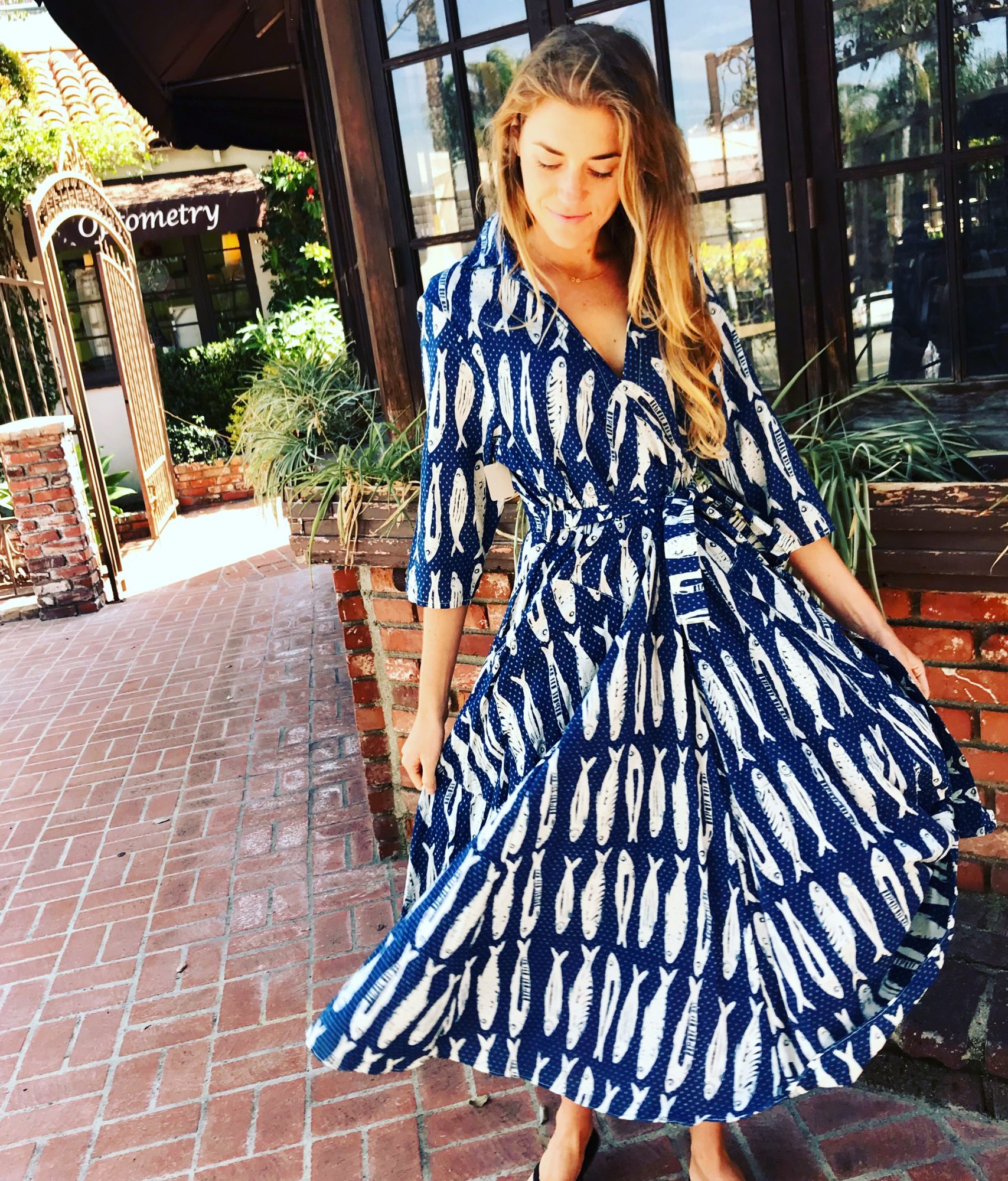 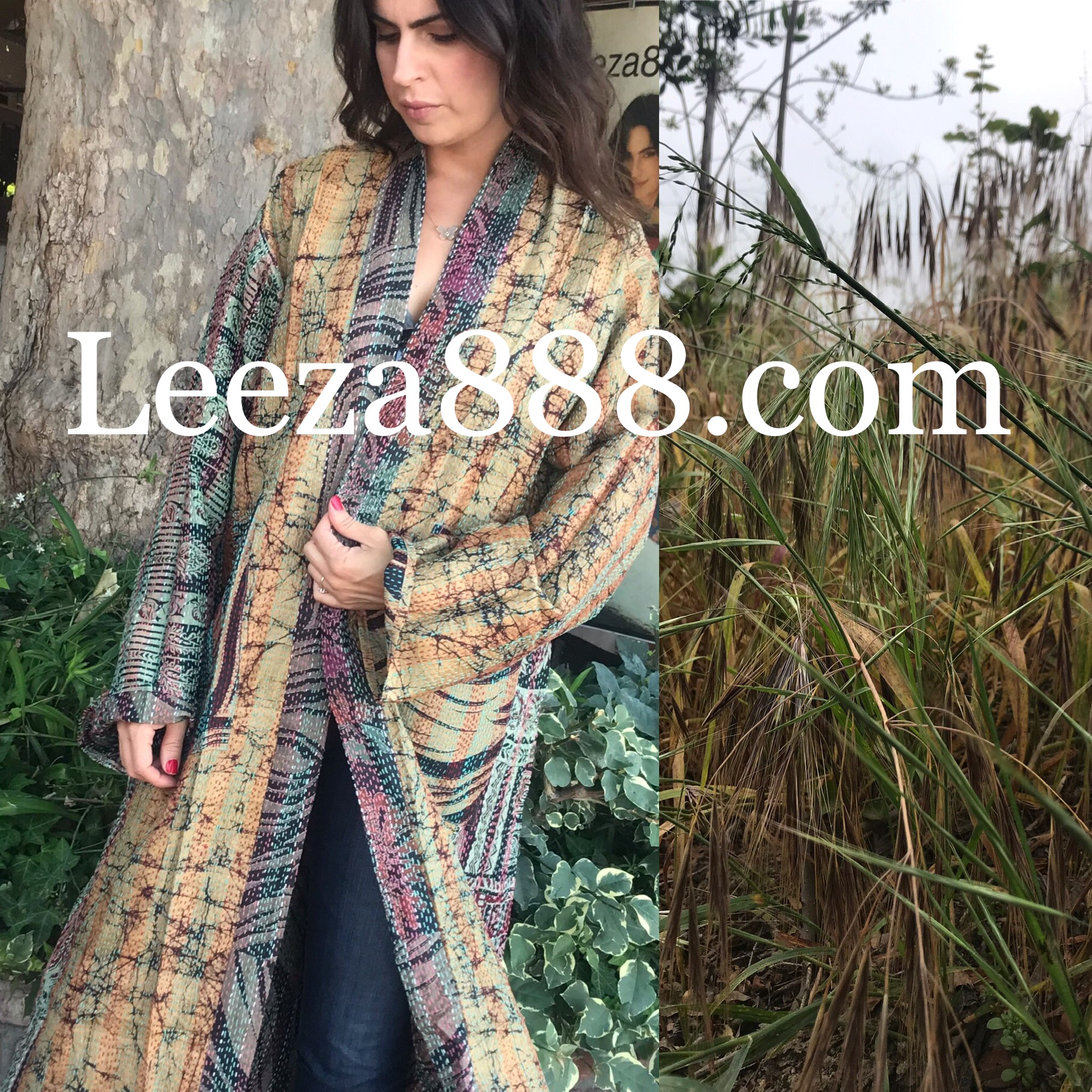 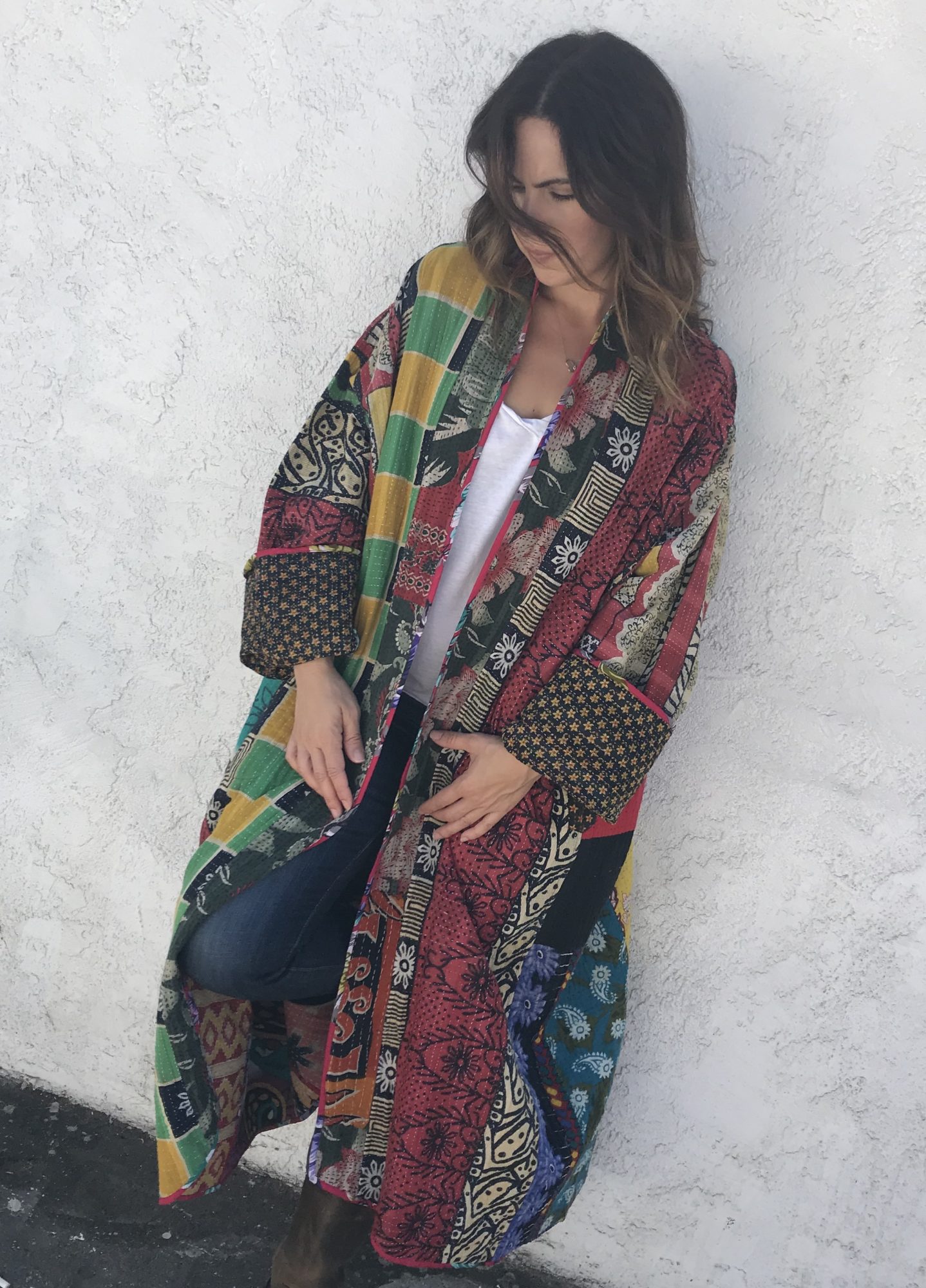 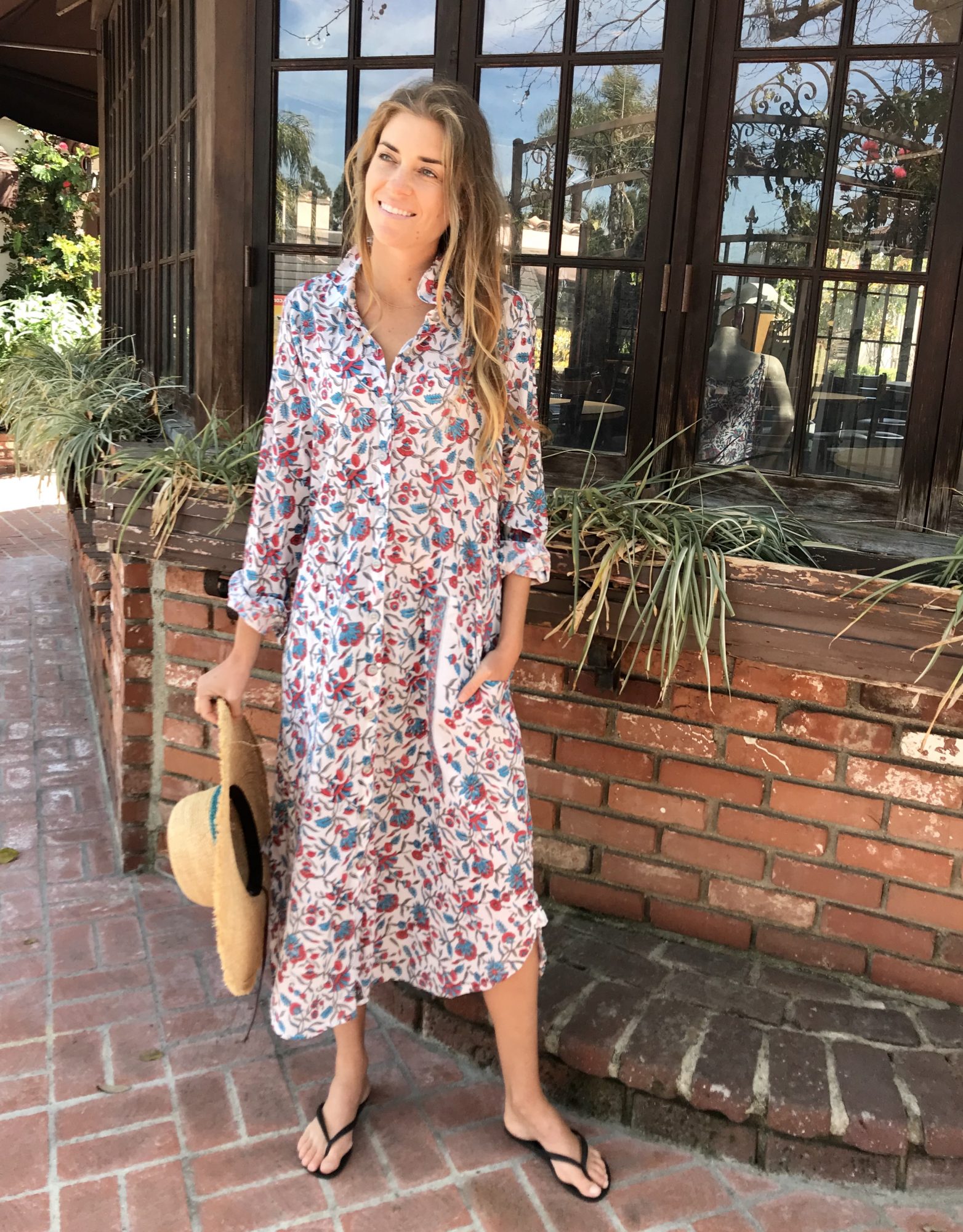 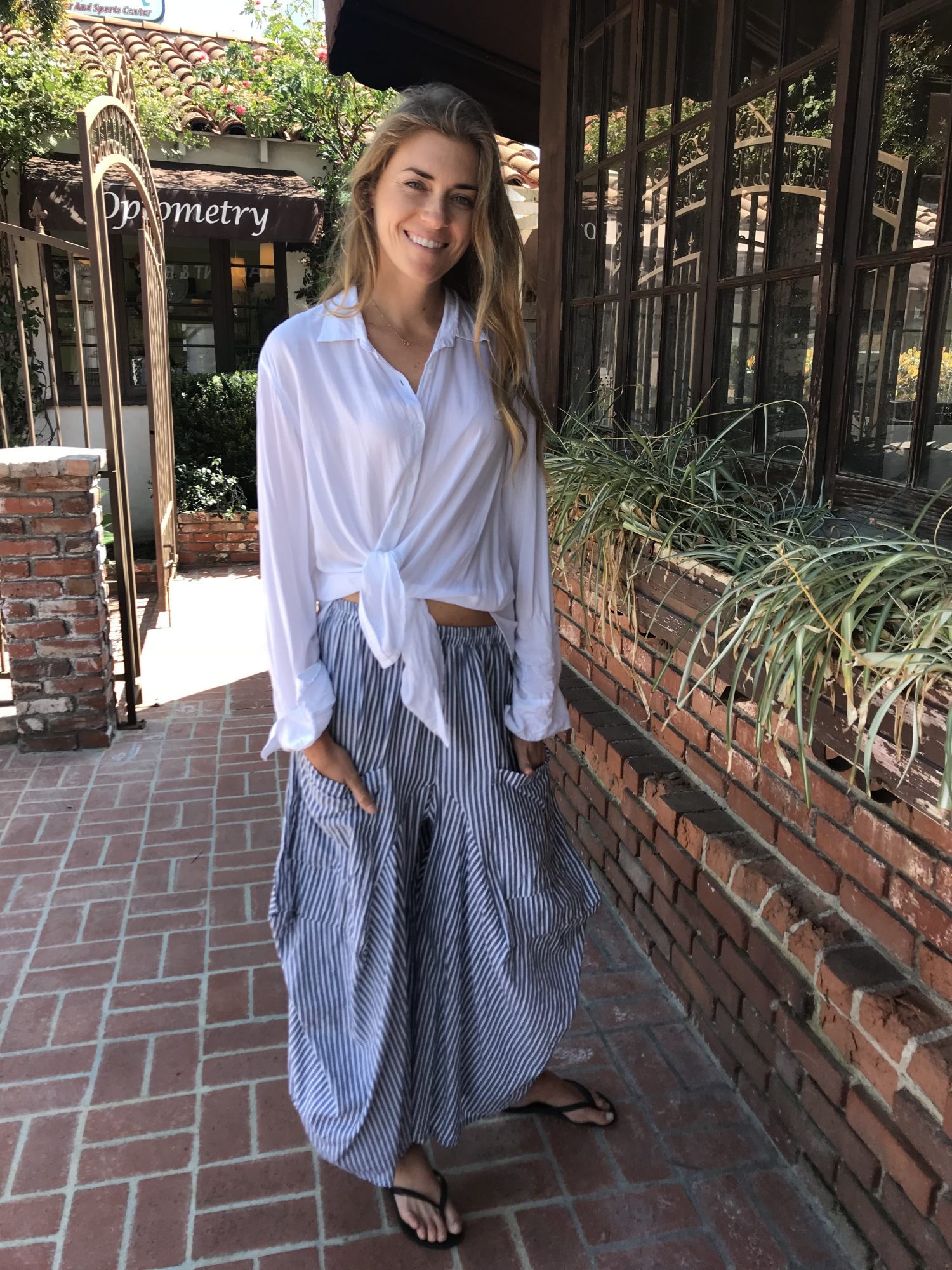 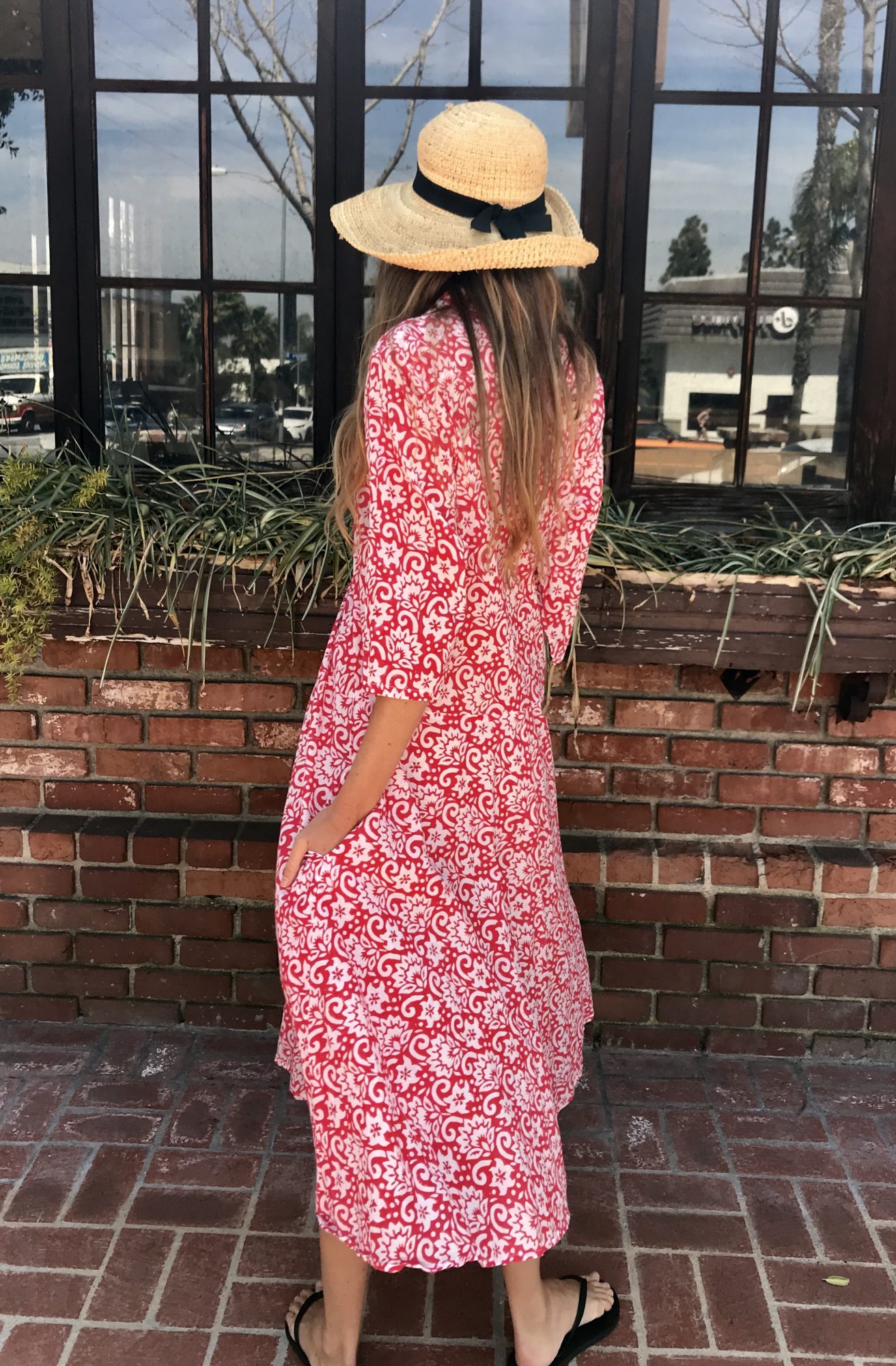 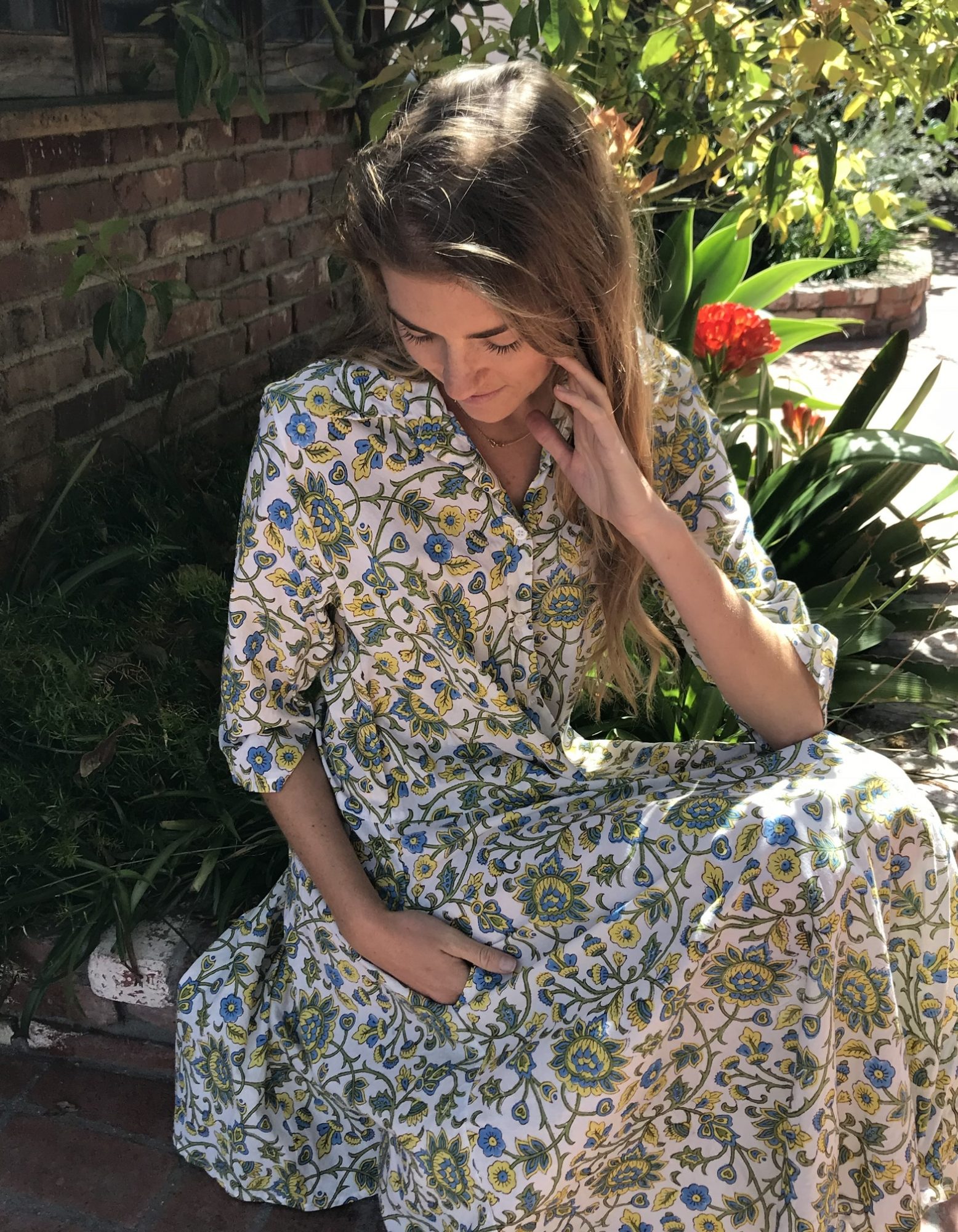