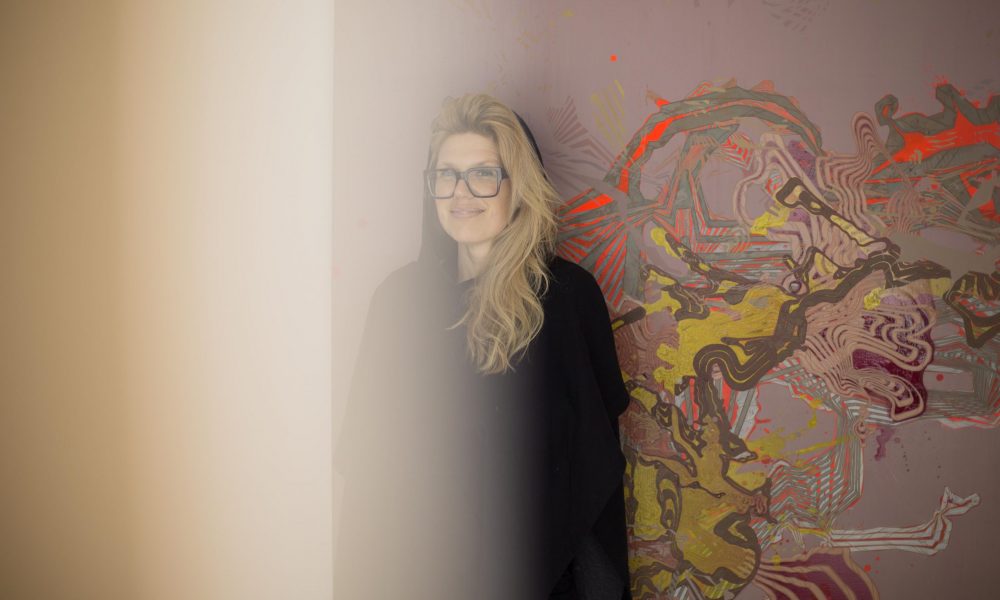 Today we’d like to introduce you to Linnéa Gabriella Spransy Neuss.

Linnéa Gabriella, let’s start with your story. We’d love to hear how you got started and how the journey has been so far.
People say childhood memories tend to be hazy, but mine are not. I grew up in a commune on twenty-five acres in the Cascades; the Applegate river ran through it and my grade school classes were held in our one-room schoolhouse. We drank fresh milk from our cow named Clarabelle, and my first pet was a jet black, miniature rooster. Lest this sound like an arcane fairytale, let me be quick to say that my father was in a glam rock band – a Christian one, with lasers and fireworks and a double decker scenic cruiser tour bus, emblazoned on either side with a rainbow and the word ‘Servant’ in 70’s era script. I still wear t-shirts that declare me a ‘Servant’ with the same forced perspective font familiar from my earliest memories.

Those were bucolic days for me and I never once felt the deprivation of museums or galleries conspicuously lacking in the Oregon countryside. Indeed, I was blissfully happy drawing for hours with whatever pencils and paper I could find. Somehow, I knew I would be an artist. About this, I had no doubt, though I also had absolutely no idea what that meant. Now I know more, and though my unshakable belief that I am an artist has never so much as shivered or hiccuped over the years, there has been much catching up to do. Communal living and Christian glam-rock are not lucrative life choices, and though my parents were heroic and successful in providing for us, I clearly needed scholarships for college. I got one that paid for everything at Milwaukee Institute of Art and Design, for which I am deeply grateful. There I majored in Drawing. From there, I went to Yale’s M.F.A. program and focused on surviving and soaking up as much as conceivably possible, which are laudable but difficult goals in a program like theirs and made me immune to sleep for a few years.

During those intense years, I transformed. So did my work. I became interested in impossible things – reconciling the religion of my childhood with my love of art and frustrations with ‘culture’, finding some sort of resolve between determinism and the experience of free-will, dovetailing limitation with discovery and change. These slippery ideas kept me company in the studio and talked me out of familiar representational imagery and into abstractions that were more suitable to their expression. For ideas I had never heard anyone visually describe, I needed new language, so I began to invent – try this and that, fail, succeed, sort of, fail again…. Until it started to work. And it still is working, nineteen years later.

Great, so let’s dig a little deeper into the story – has it been an easy path overall and if not, what were the challenges you’ve had to overcome?
In the art world, there are prevailing ideas about what success is and how to get there. Though unspoken, they are thunderously loud. Yet not everyone is the same, least of all artists, and so, when I took a circuitous route to my present moment, it felt as though I was rebelling against all hope of ‘success’. When I moved to Kansas City, bought a house and started a community there, it was in hopes that I would succeed as a full human being. Yet, given the prevailing narratives dictating to me how to be an artist, I feared it would be at the cost of my career success – a much narrower but much idolized version of human flourishing. And who knows, maybe my seven years there did hamper some mechanical aspects of my career as an artist, but there I had space to make leaps and bounds in my progress as a whole human being. So then, when those seven years drew to a close, I moved to Los Angeles more grounded, less afraid to fail, comfortable in my own skin and with my own limits than I had ever been. I fully expected that to find my place in LA would demand all of these gifts. It did…and does.

Please tell us more about your art.
For as long as I can remember I have been making things. I still do that, but my focus has sharpened. For the last 20 some years I have been meditating on a specific set of ideas that allow me to make paintings, drawings and installation drawings (made with frosted mylar and which can grow to be up to 35 feet wide) that lead to continual discovery. To be specific, I am fascinated by limitation. My work is constructed by using simple, internally consistent rules which are plotted out entirely before I pick up a brush or pencil. Before the beginning, I know what will be the end of every drawing or painting will be. Though much of this work incorporates chaos in the form of spilled paint or frenetic environments, even that is incorporated into rules and cycles of premeditated growth and destruction. Despite how much I know, no piece has been predictable and there are no shortcuts to their outcome. Each piece grows, and I am privileged to witness it’s change.

As a new extension of this set of ideas, I have begun incorporating images from ars moriendi, a genre of literature that first appeared in the 1450’s. Deftly illustrated in its second iteration, it was one of the very first printed books widely published in Europe and functioned as a manual on how to die well. It was wildly popular. In the late medieval world, where plague and war were always threatening a primarily illiterate population, the illustrations communicated vital information about the greatest of all human limitations, death.

Though this studio practice and these ideas are absorbing enough, every one of us wears many hats, and recently I have also begun work as a gallery director. My colleague Cara Megan Lewis and I direct Bridge Projects, a contemporary art gallery in Hollywood that, for each show it mounts, curates accompanying programming which makes connections between art history, spirituality and religious traditions. This is what makes us unique – we offer perspectives that can enrich the experience of looking at contemporary art by inviting Buddhist scholars or Muslim poets, say, to lecture or perform from an angle that overlaps with the work we are displaying. There is no dearth of content and many contemporary artists are extremely interested in or directly informed by art history, spirituality and religious tradition. It is fulfilling work and diverse!

Do you look back particularly fondly on any memories from childhood?
Some memories become nearly mystical, and my childhood encounter with a great blue heron certainly was. As I remember it, it was early morning and not one of the 75 members of the commune were yet up and out in what we all called ‘The Land’ – 25 acres rimmed by the Cascade mountains punctuated by proud stands of Douglas fir and strewn with cornflowers, which we all called ‘Bachelor Buttons’ and in summer were sprinkled like multicolored confetti in the fields. The morning was misty, and I ran straight to the wide Applegate river. I just wanted to be there. No reason, we just kept good company and I loved how water smells. Still do. The water was polished like rippled glass and spoke in a low voice as it bent out of sight and into misty oblivion. Standing against that curtain of oblivion stood a creature taller than me and I caught my breath. Too loudly apparently.

It lifted its head and turned its neck as smoothly as the river took its bend, and looked at me full and slow. He eventually looked away and continued his morning meditation, unperturbed and poised on a wet rock in the middle of the almost noiseless current. We both stood and looked into the mist until I had to start breathing again, and who knows how long that was. A small eternity surely. Having attained his morning peace, the creature dipped and launched his sleek, mighty bulk into the still air like an Olympian diver into the crowd’s hush. His wings spread and I staggered. I had never seen any wing so wide, so tapered, so perfect. And he swam into the mist as if gravity had no special claim on him, leaving great, lazy whirlpools of mist in his wake, and that was all. On that day, on that riverbank, I learned that reality is magic, awe and wonder and that nothing is normal if you catch things at the right time and from the right angle. 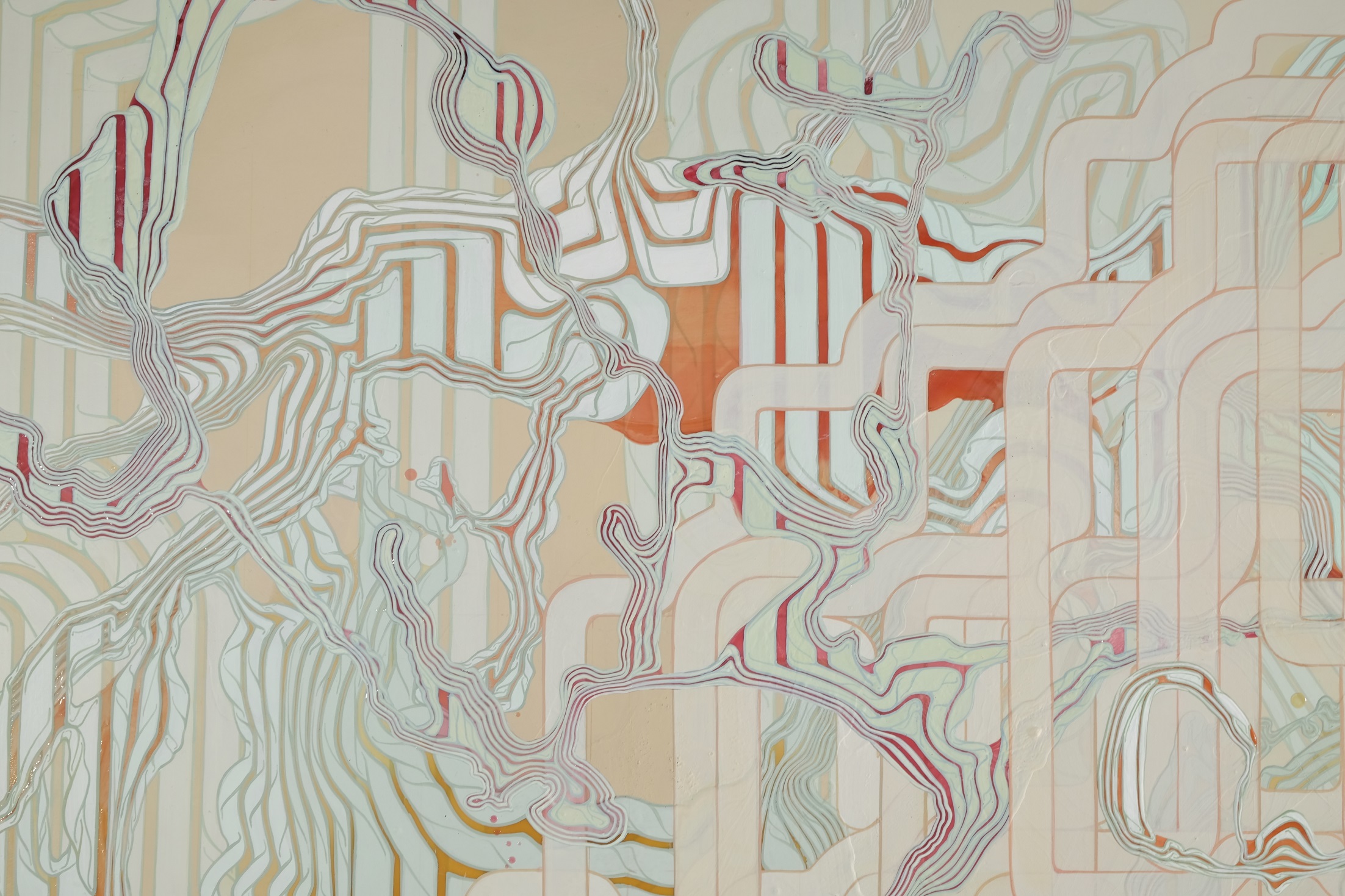 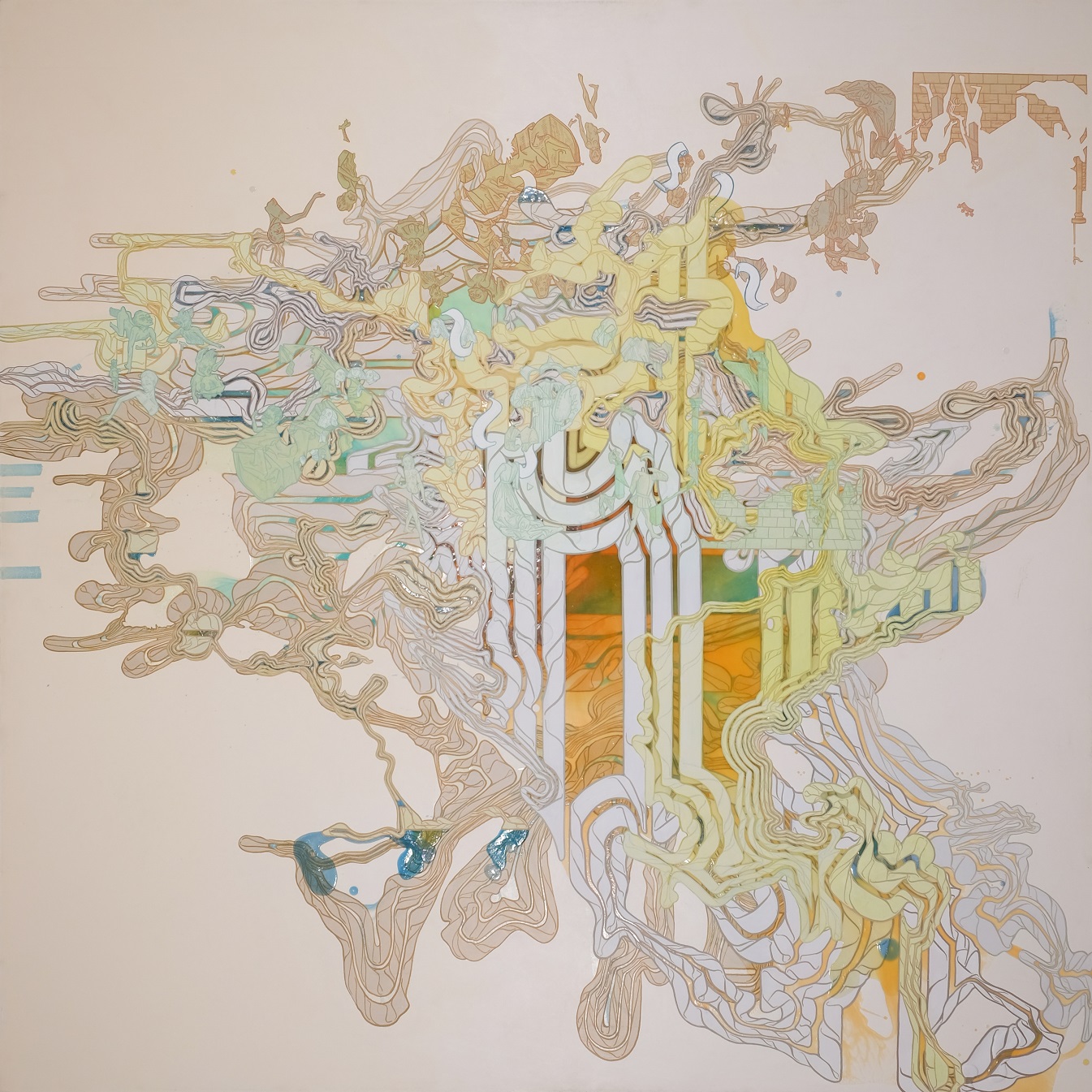 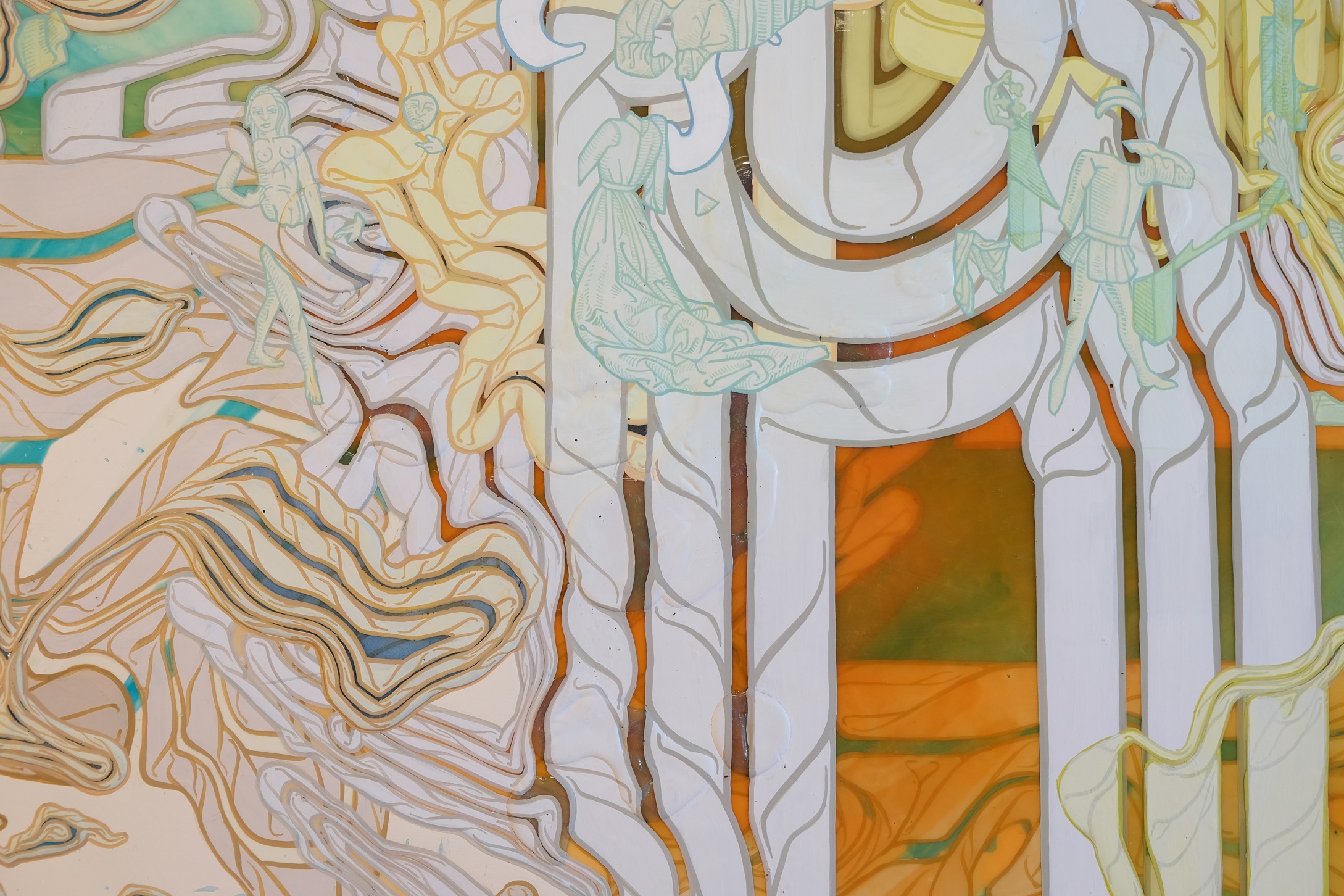 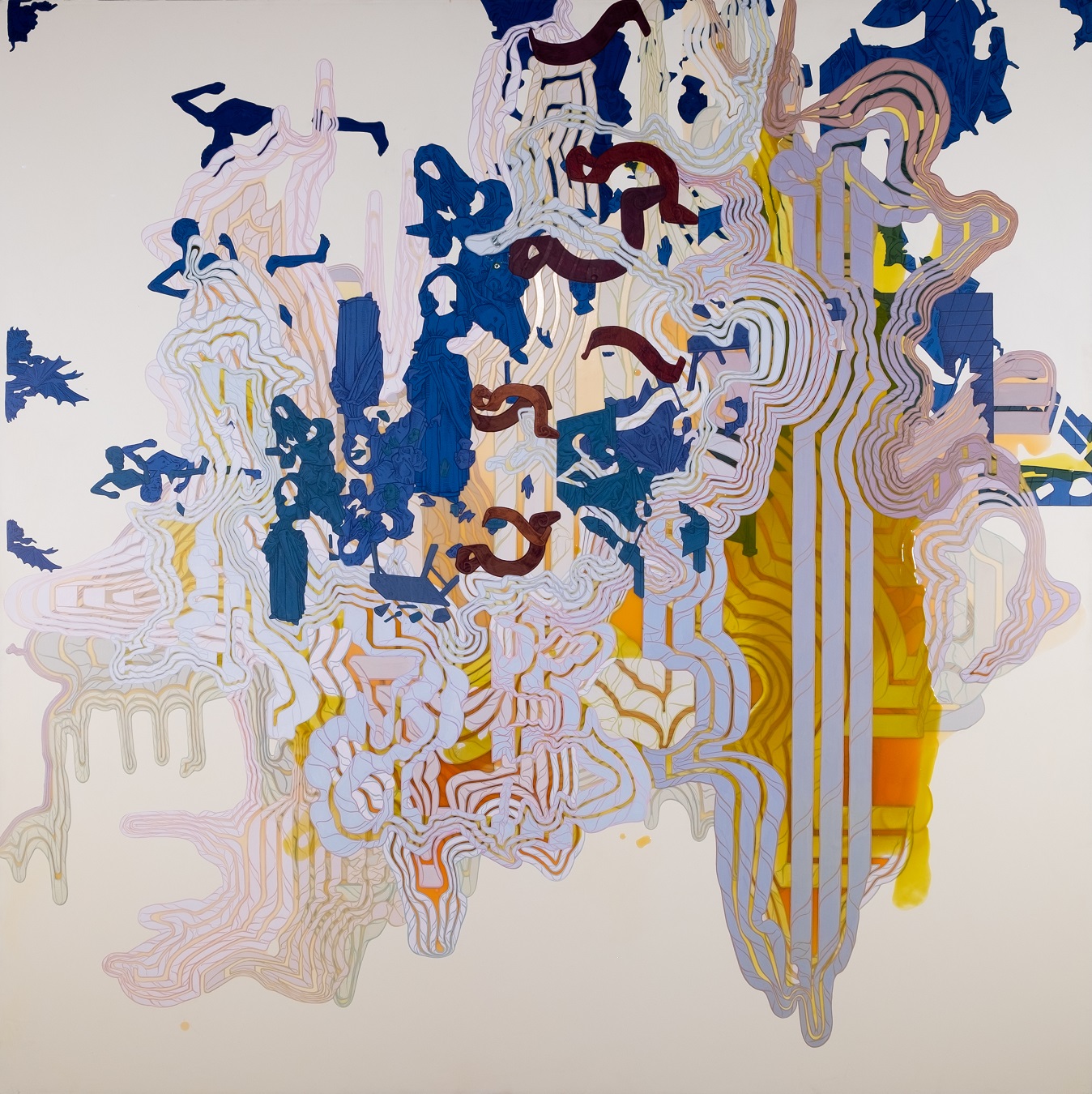 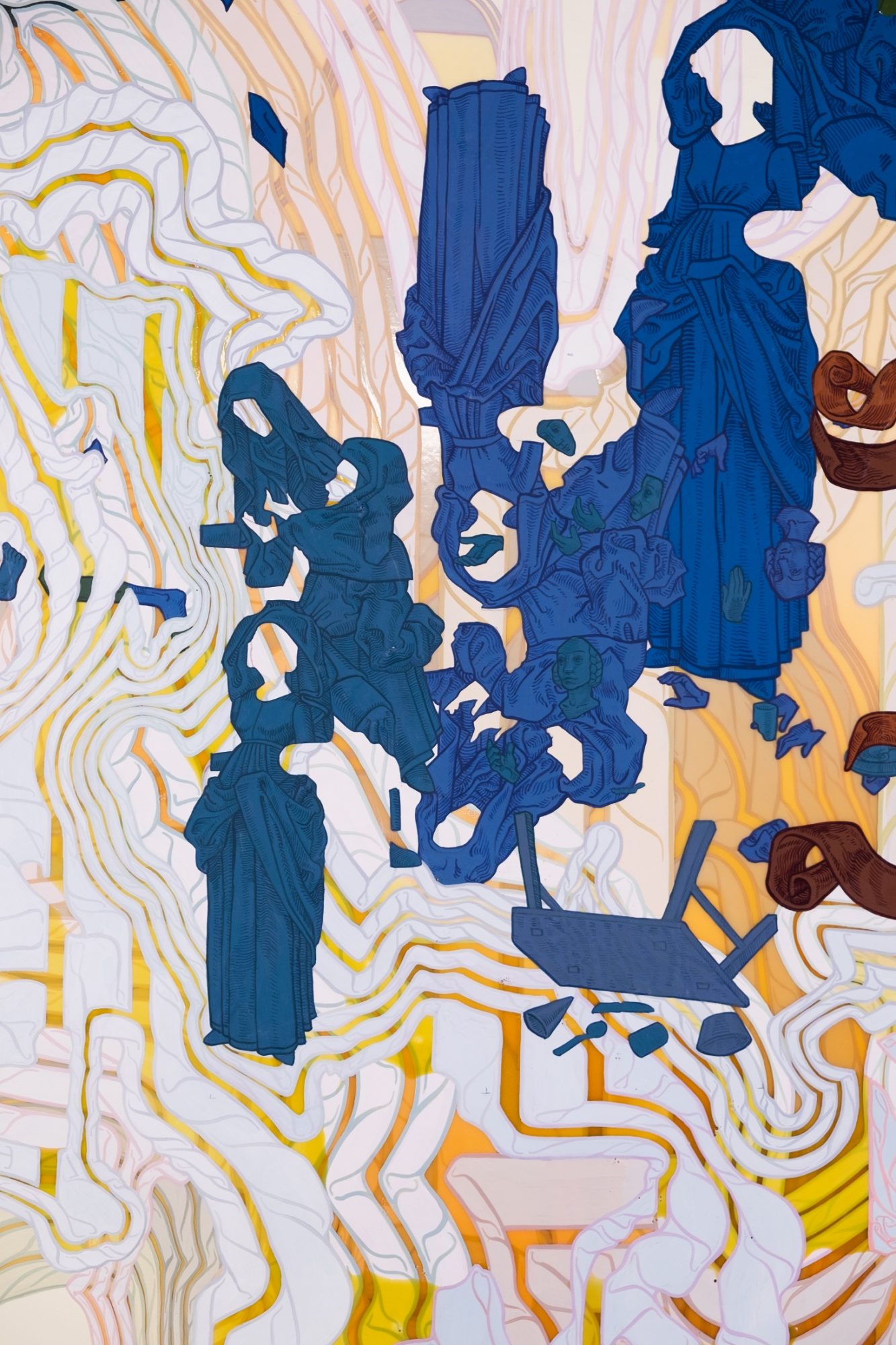 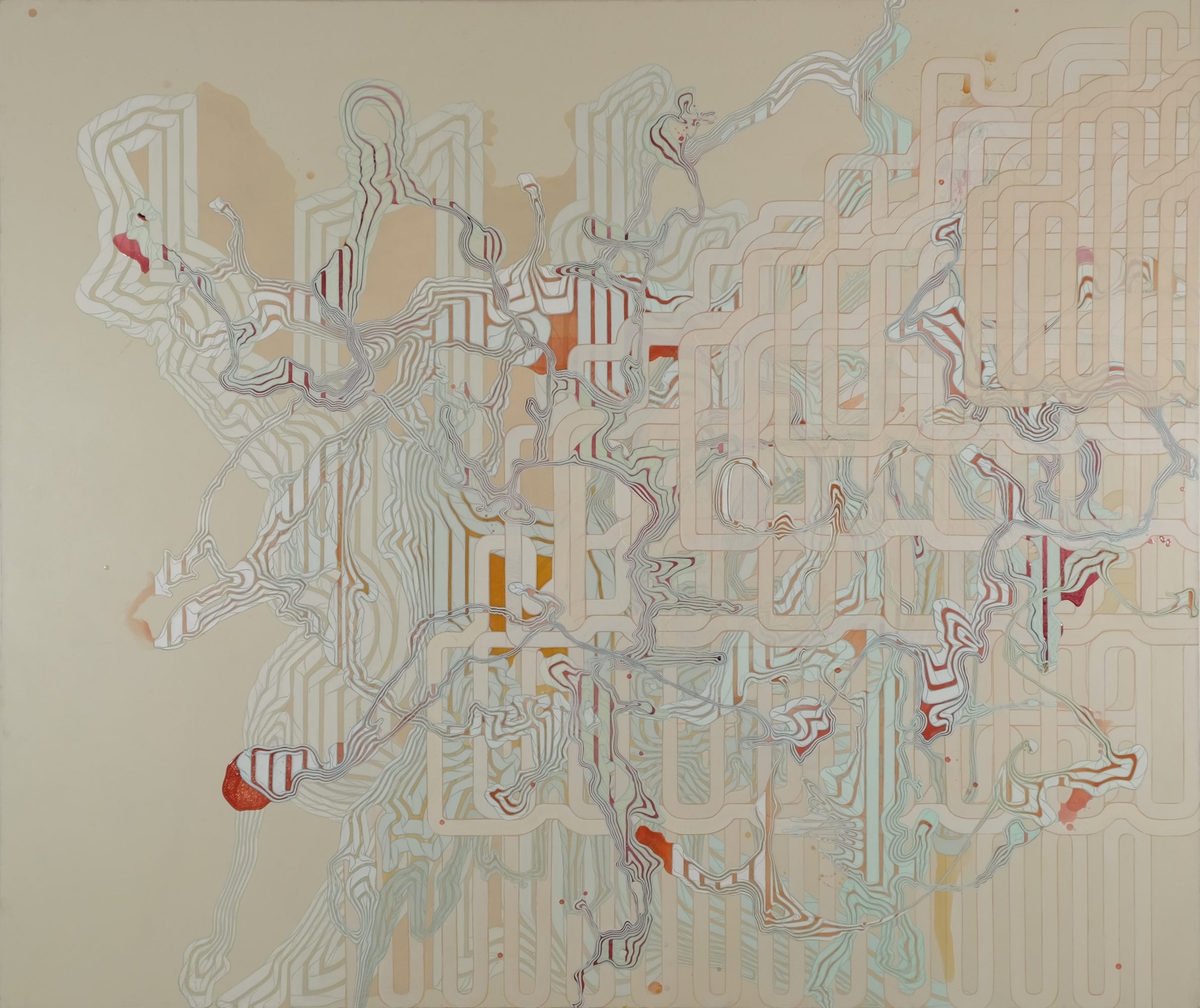 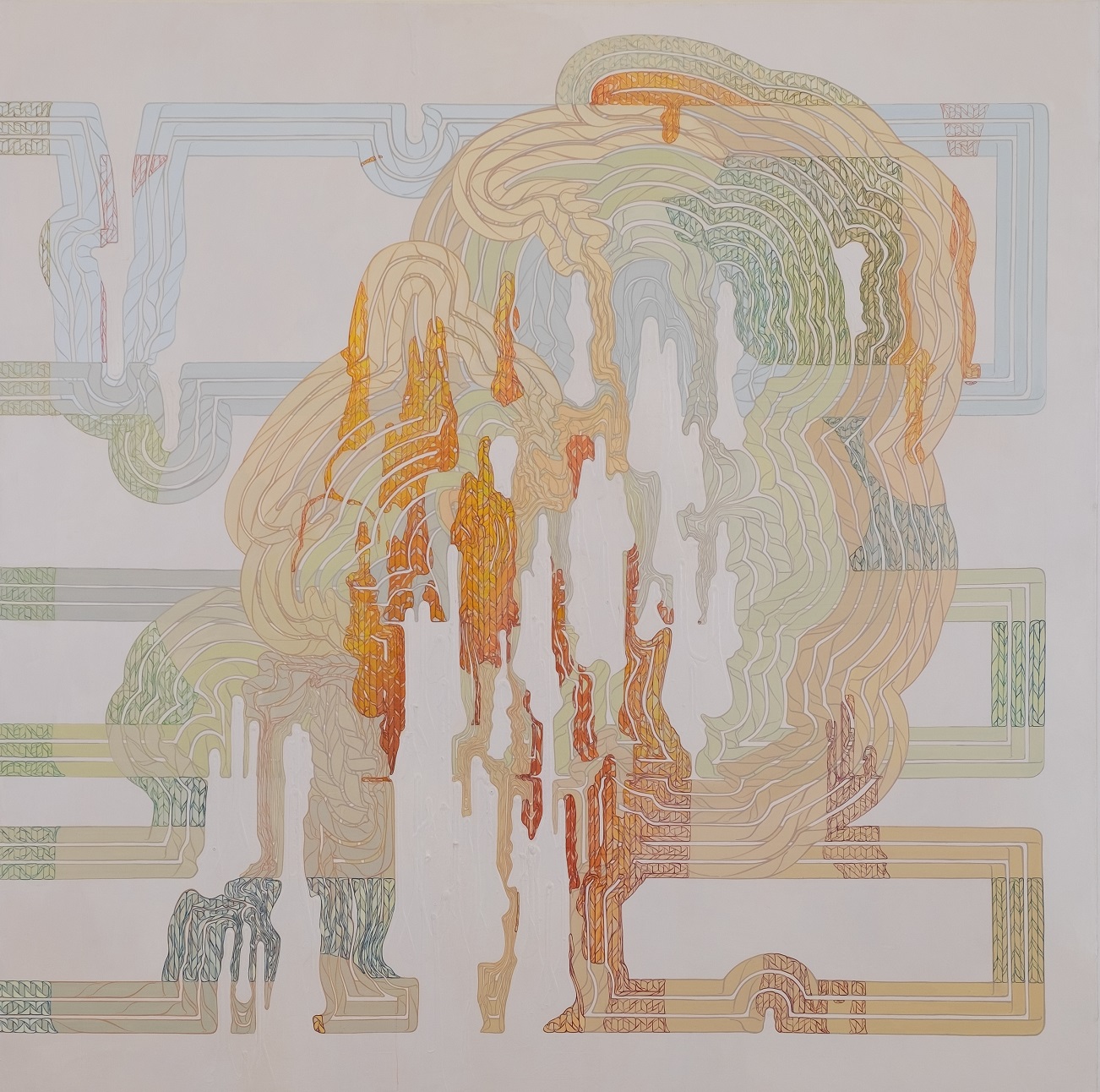 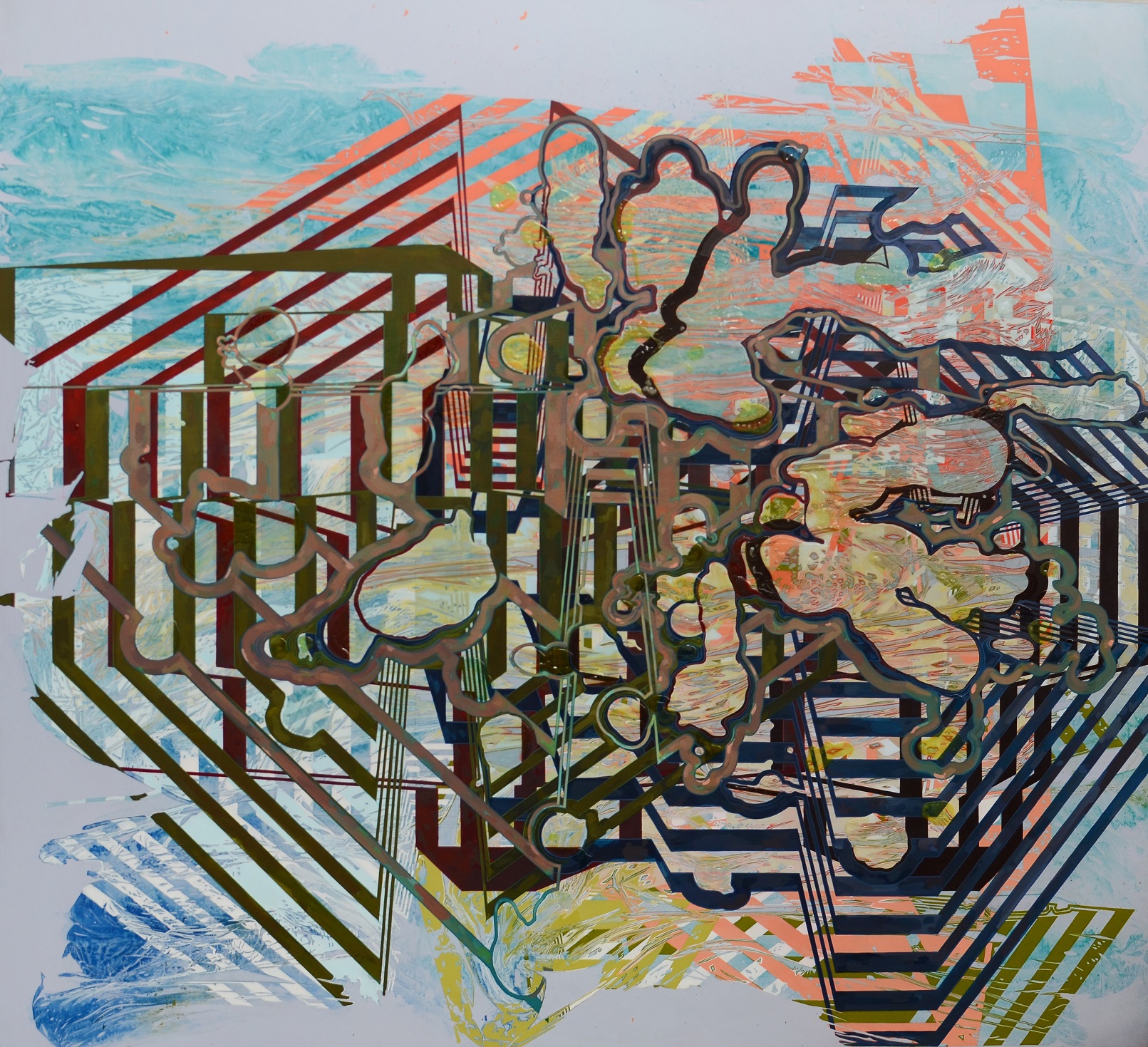